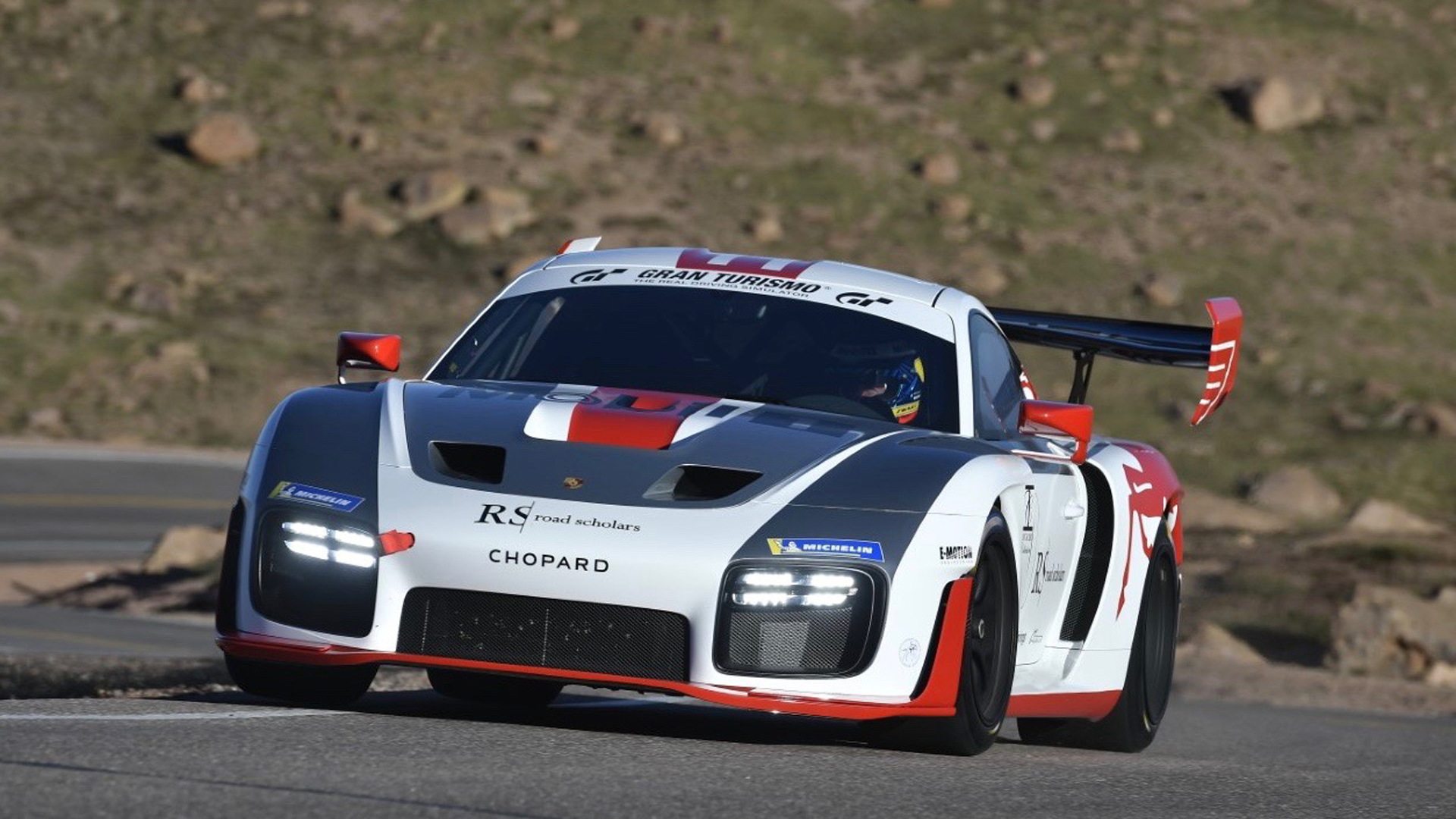 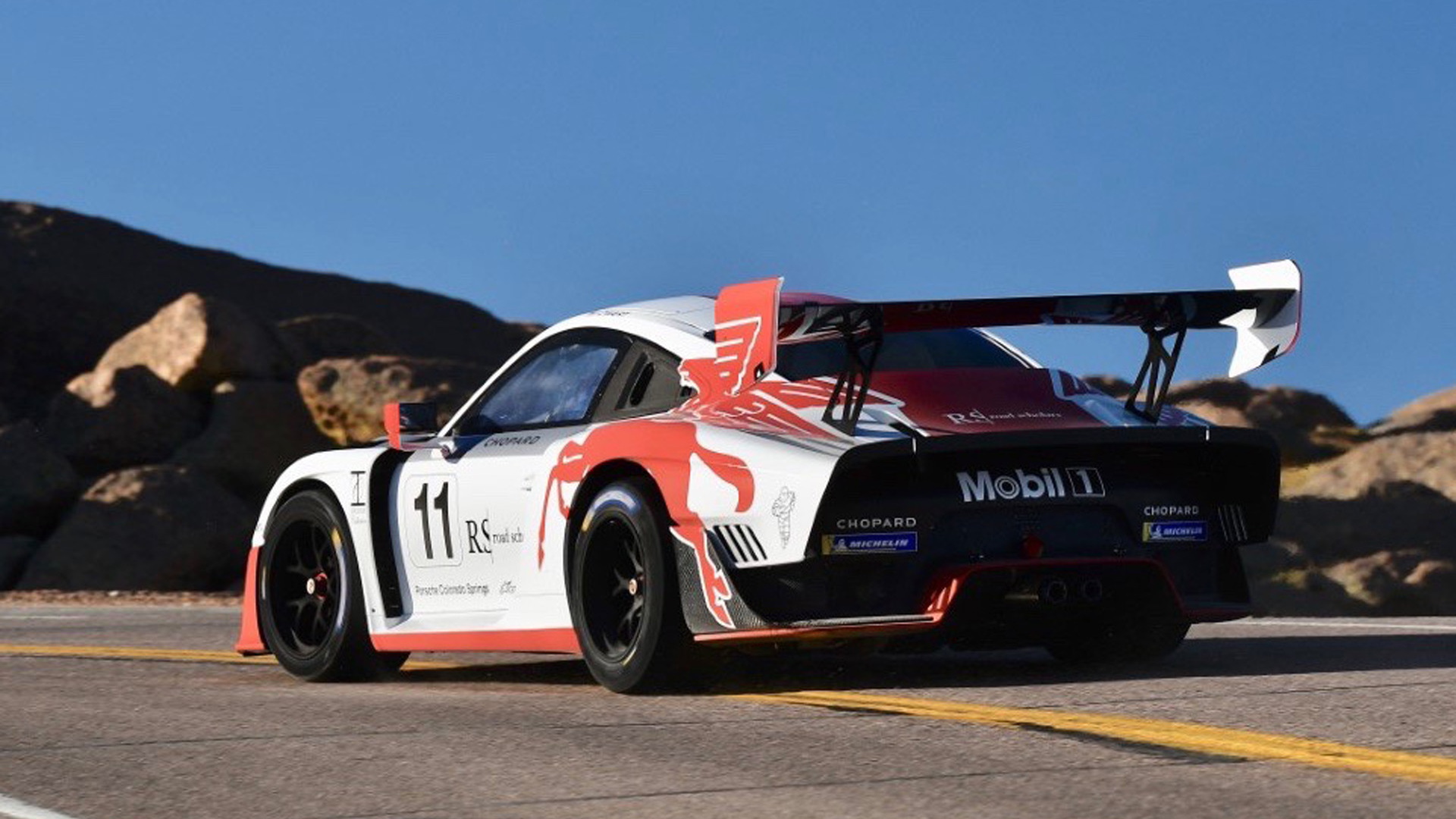 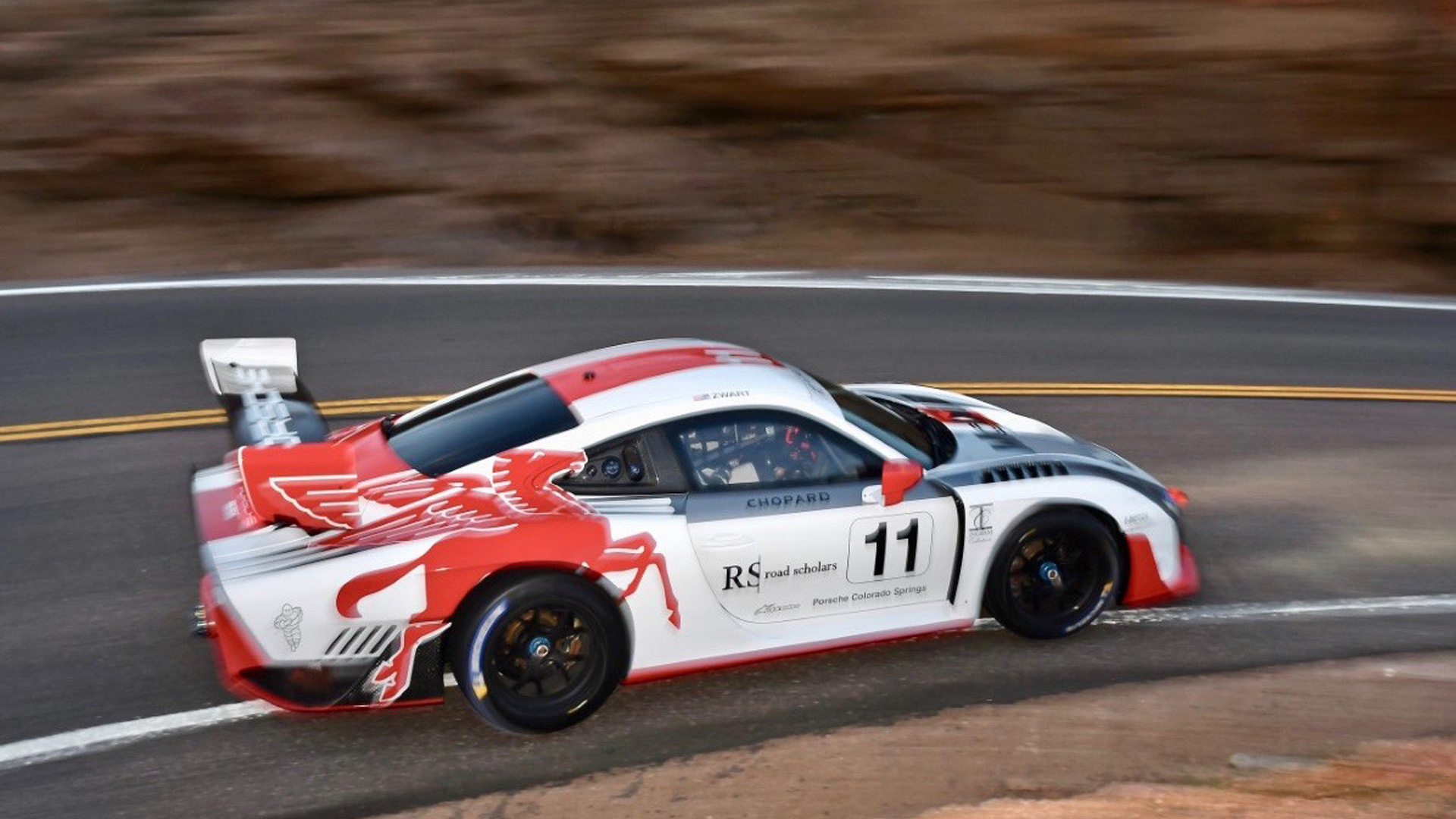 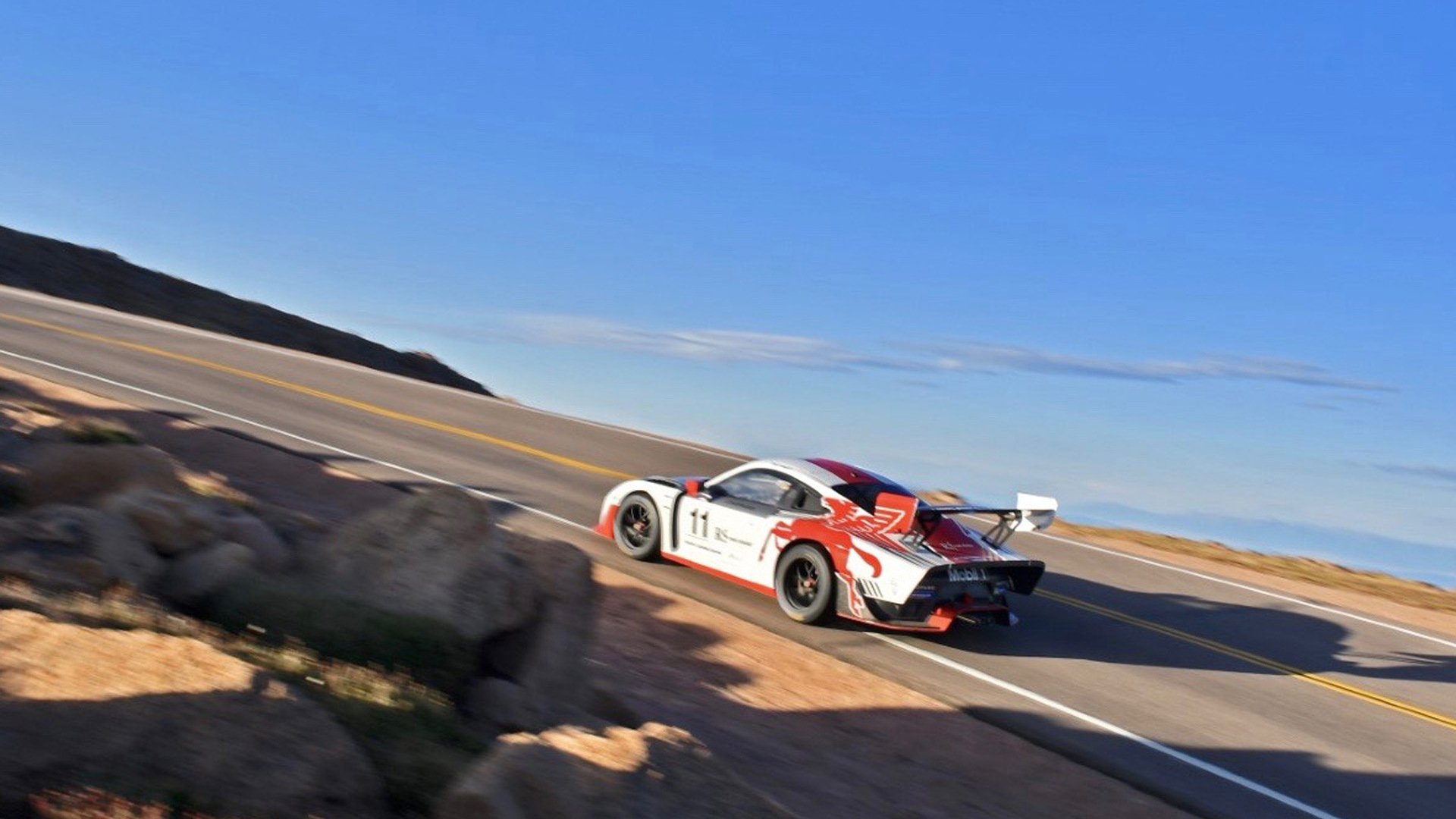 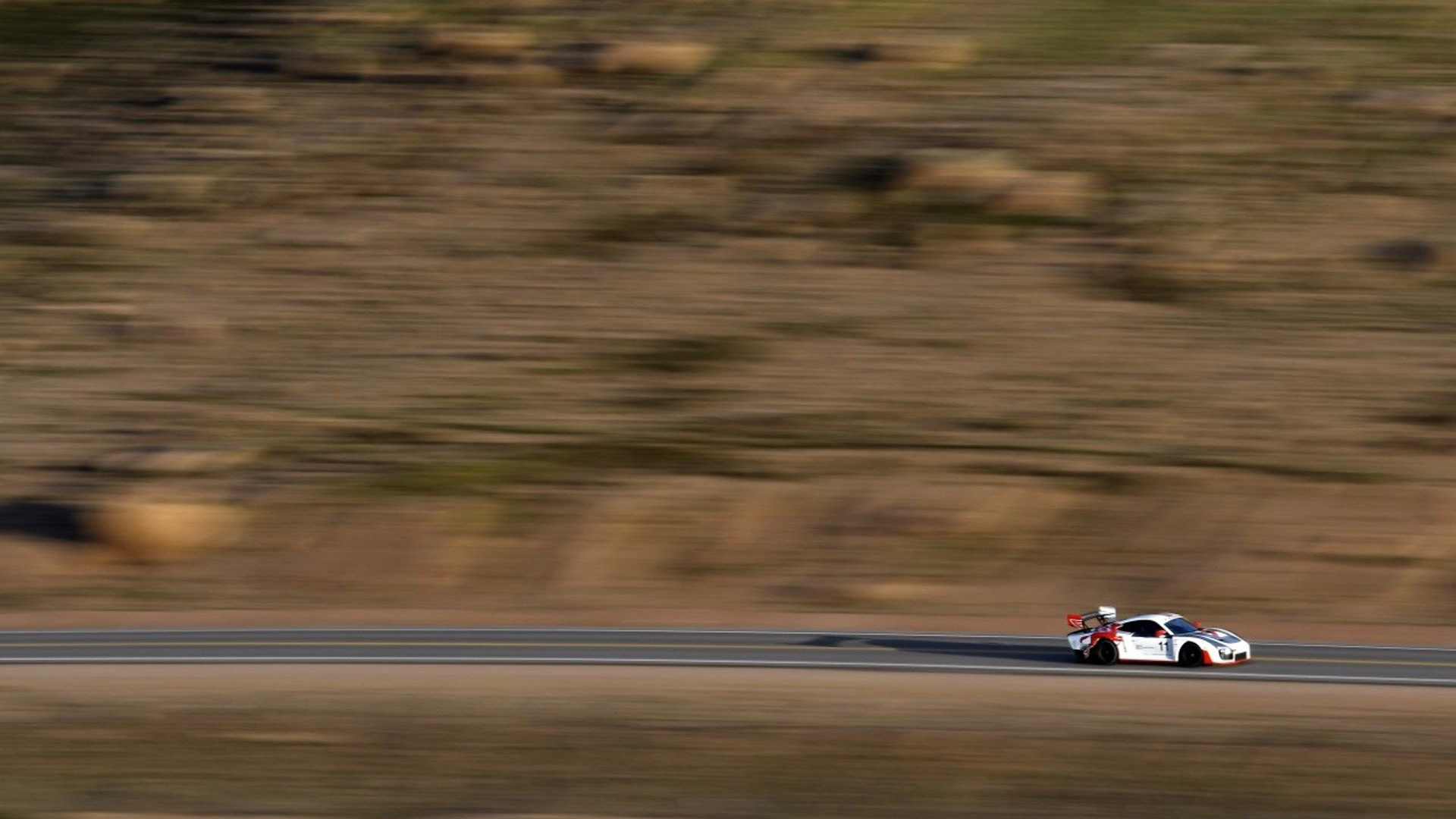 With 700 horsepower being channeled to the rear wheels in a vehicle that weighs a tick over 3,000 pounds, it’s safe to say Porsche's modern 935 tribute car would be one of the most frightening cars in the automaker's current lineup to drive in the Pikes Peak International Hill Climb.

Well, if there was anyone with even the slightest chance of taming the beast on the mountain, it's filmmaker and avid Porsche fan Jeff Zwart, and he's just done that. During Sunday's 2020 running of the Race to the Clouds, Zwart, competing in the Time Attack 1 class designed for track and race cars based on production models, finished fifth overall and second in class with a time of 09:43.92.

He wasn't the fastest Porsche driver on the day. David Donn, also competing in the Time Attack 1 class, albeit with a Porsche GT2 RS Clubsport, finished third overall and first in class with a time of 9:36.559. The overall winner was Clint Vahsholt driving a Formula Ford in the Open Wheel class. He finished in a time of 09:35.490.

Zwart has now tackled the race a total 18 times—12 of those behind the wheel of a 911—and has eight class wins to his name. The 935 tribute he drove on his latest attempt is owned by fellow Porsche collector Bob Ingram. It was entered in support of Road Scholars, a Porsche restorer run by Ingram’s son, Cam, and it wore a livery of primary sponsor Mobil 1.

Zwart has described the 935 tribute as the most approachable and forgiving race car he's driven in years. He's well aware that it is based on a road car, though, meaning it has safety features like traction control and ABS.

“It’s the most comfortable race car I’ve ever driven,” Zwart said in a statement. “The combination of the turbo, the bodywork and the motorsport chassis is wonderful.”

The modern 935 shares its bones with the 991-generation Porsche 911 GT2 RS. It isn't homologated to any particular race series; rather, it's a serious performance machine for track enthusiasts (and collectors), though this particular example has earned a little racing provenance. Porsche built just 77 examples and one recently sold for $1.5 million at auction, or almost double the original price.

Acura also had some entries this year. It's best finish was eighth overall and third in the Time Attack 1 class, thanks to the efforts of Acura engineer James Robinson piloting a specially prepped NSX. His time of 10:01.913 was a new record for hybrid entries based on a production model.