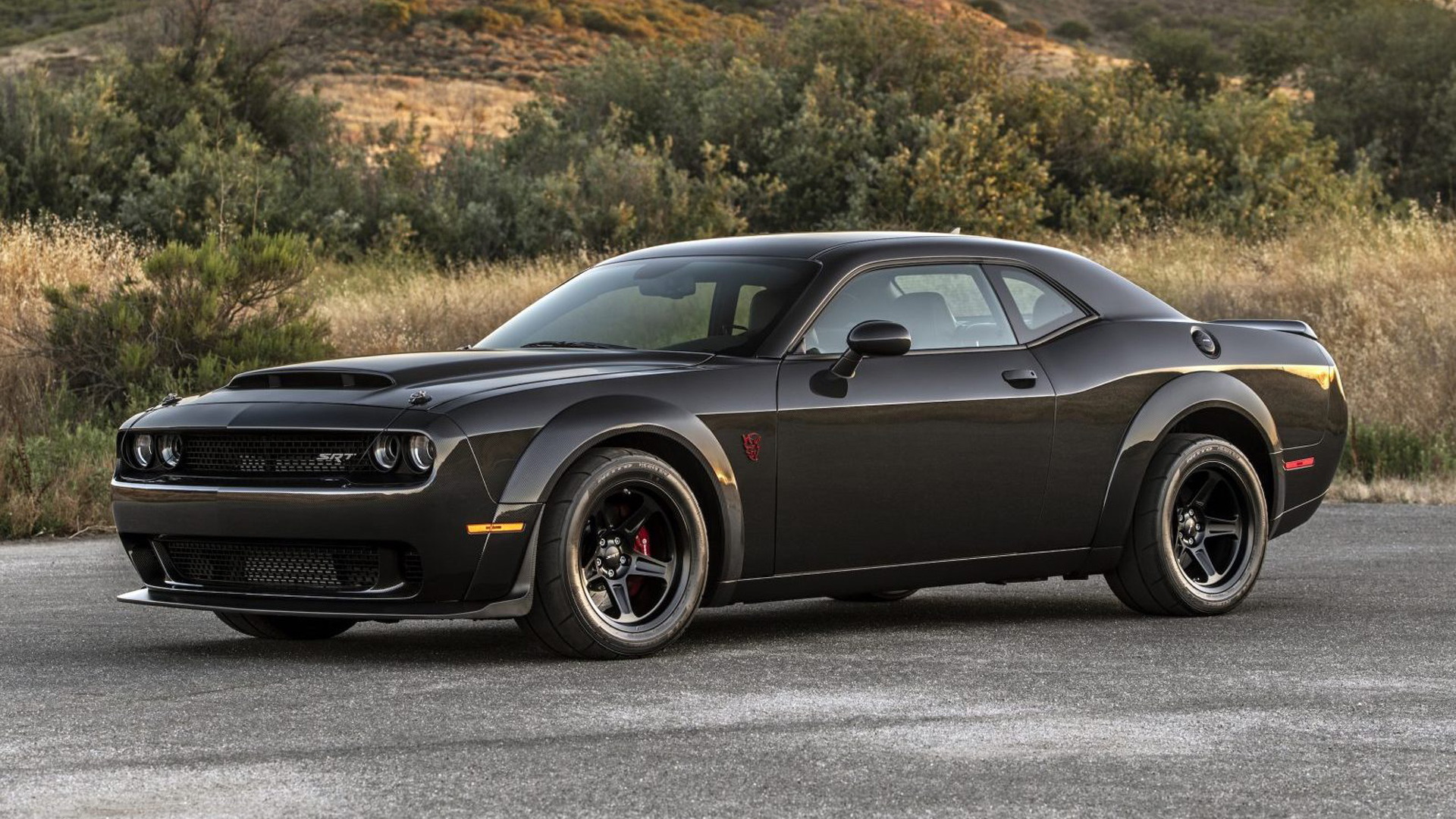 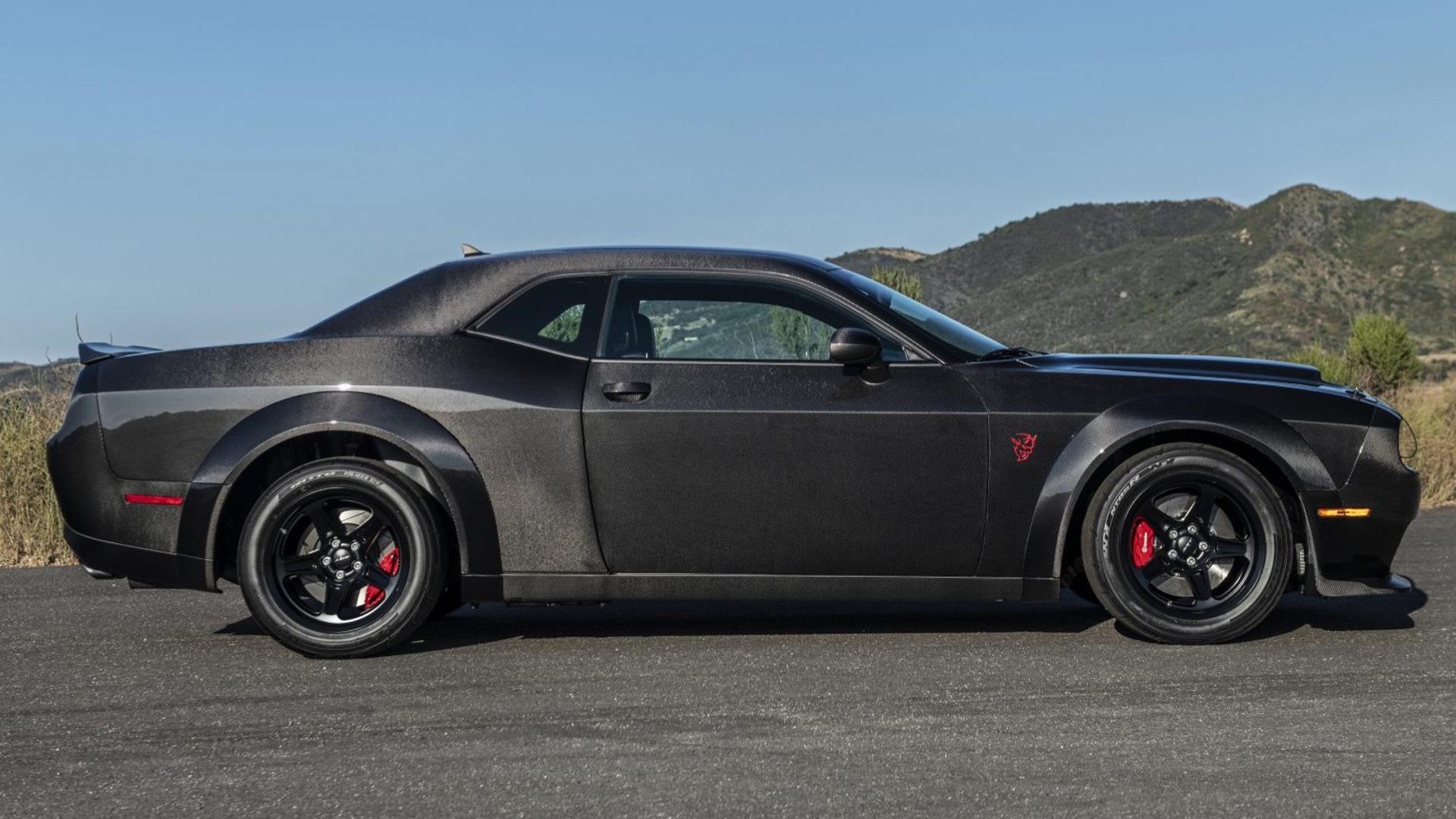 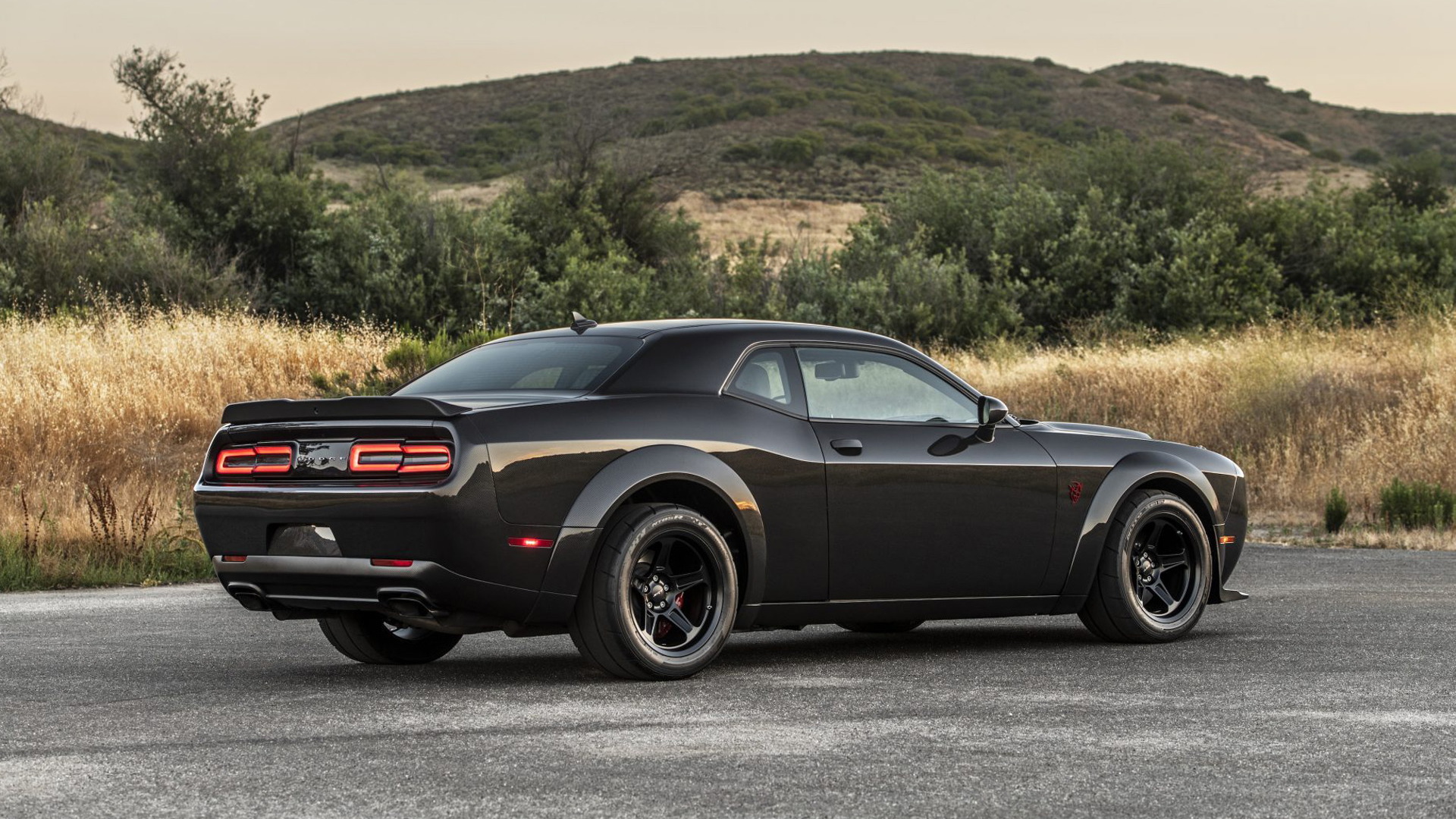 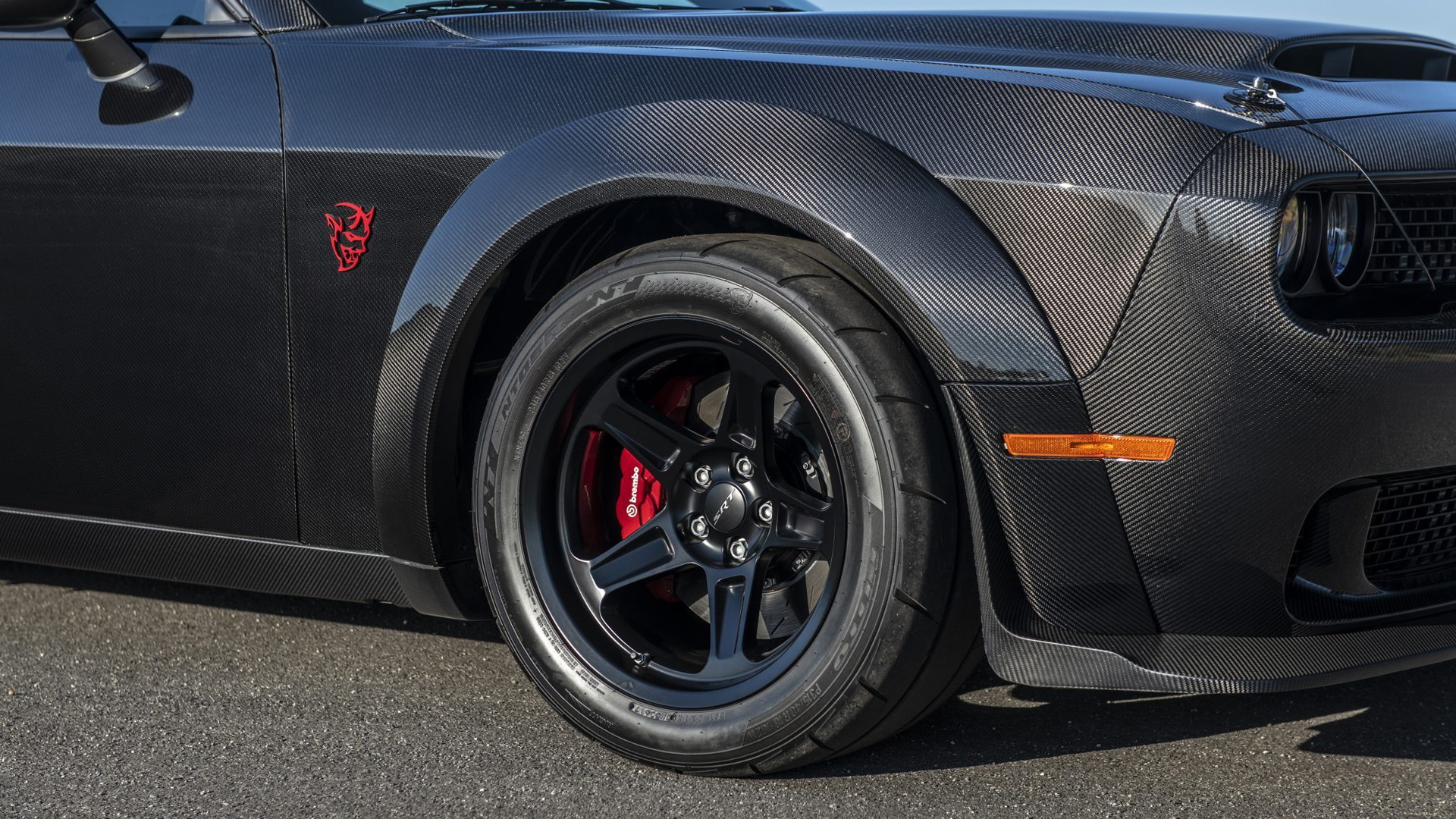 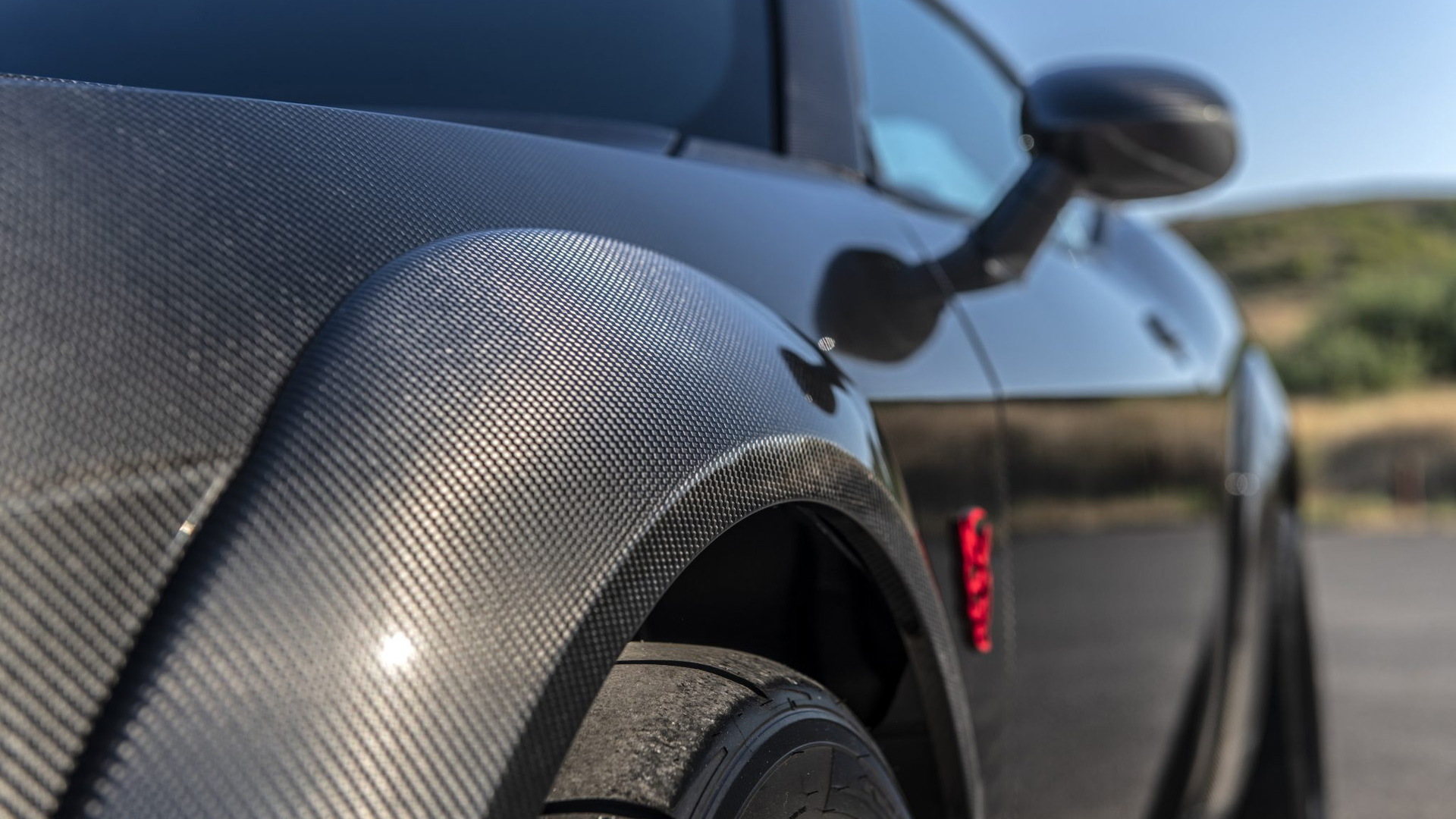 If you missed out on one of the 330 Challenger SRT Demons that Dodge built for the 2018 model year, there's one for sale with just a little more than delivery miles on it. This Demon also features a fully carbon-fiber body built by SpeedKore Performance Group.

The car is listed for sale on Bring a Trailer, and at the time of writing the top bid is $90,000 with six days left for the sale. The car's current location is Moorpark, California, and according to the listing there's less than 200 miles on the clock.

This Demon is number 118 of the total run and was originally acquired by SpeedKore. The Grafton, Wisconsin-based company used the car to develop its carbon-fiber conversion upgrade for the Demon. Just five conversions were done, including this one, though the others also received an upgraded powertrain spitting out over 1,400 horsepower.

This one has a stock powertrain, meaning the 6.2-liter supercharged V-8 under the hood is delivering 808 horsepower and 717 pound-feet of torque. The Demon package also includes an 8-speed automatic and 18x11-inch wheels shod with 315/45-size Nitto NT05R drag radials designed specifically for this model.

As you may have guessed from ogling the photos, SpeedKore is an expert when it comes to carbon fiber. The company produces all of its pre-preg carbon fiber panels in-house (the company has its own autoclave) and offers similar conversions for other popular models including the Dodge Charger, Chevrolet Camaro and Ford Mustang. For the Challenger, the switch from steel body panels to carbon fiber helps save around 200 pounds.

Included with the sale is the original window sticker, as well as all the original delivery documentation and a clean Wisconsin title. Note, this same car was spotted for sale in February with an asking price of $169,995—a good guide for what it might ultimately go for.