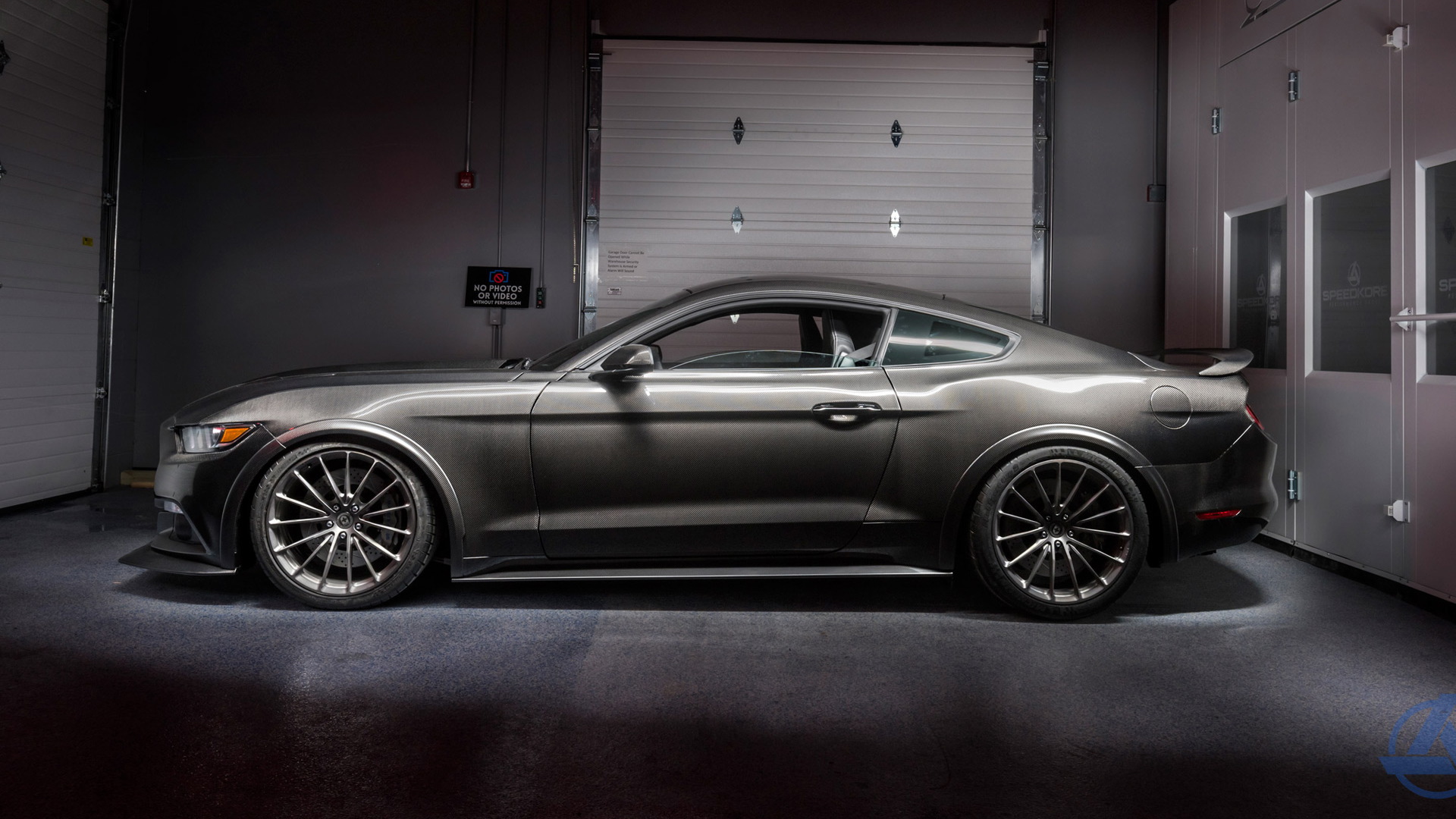 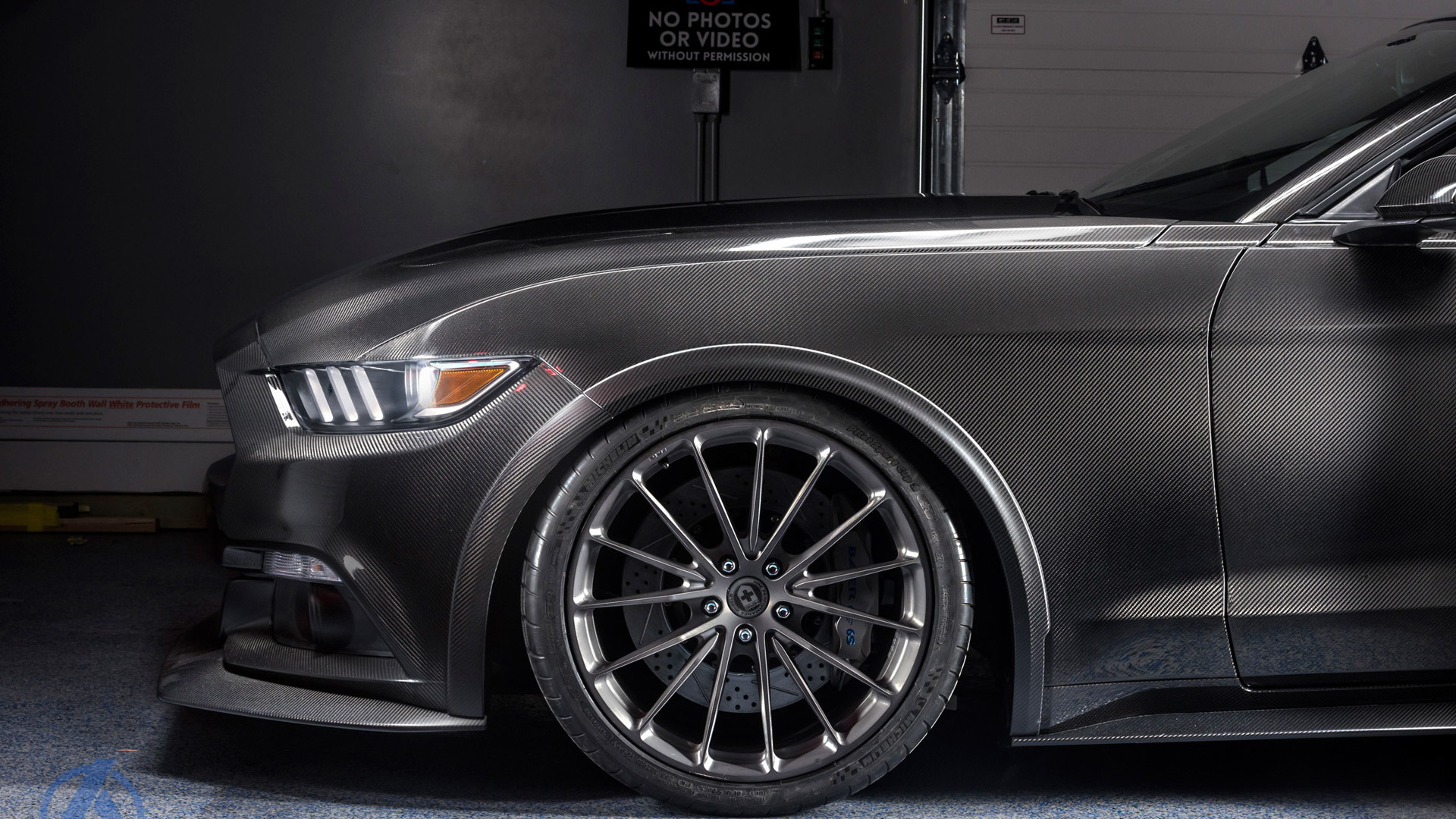 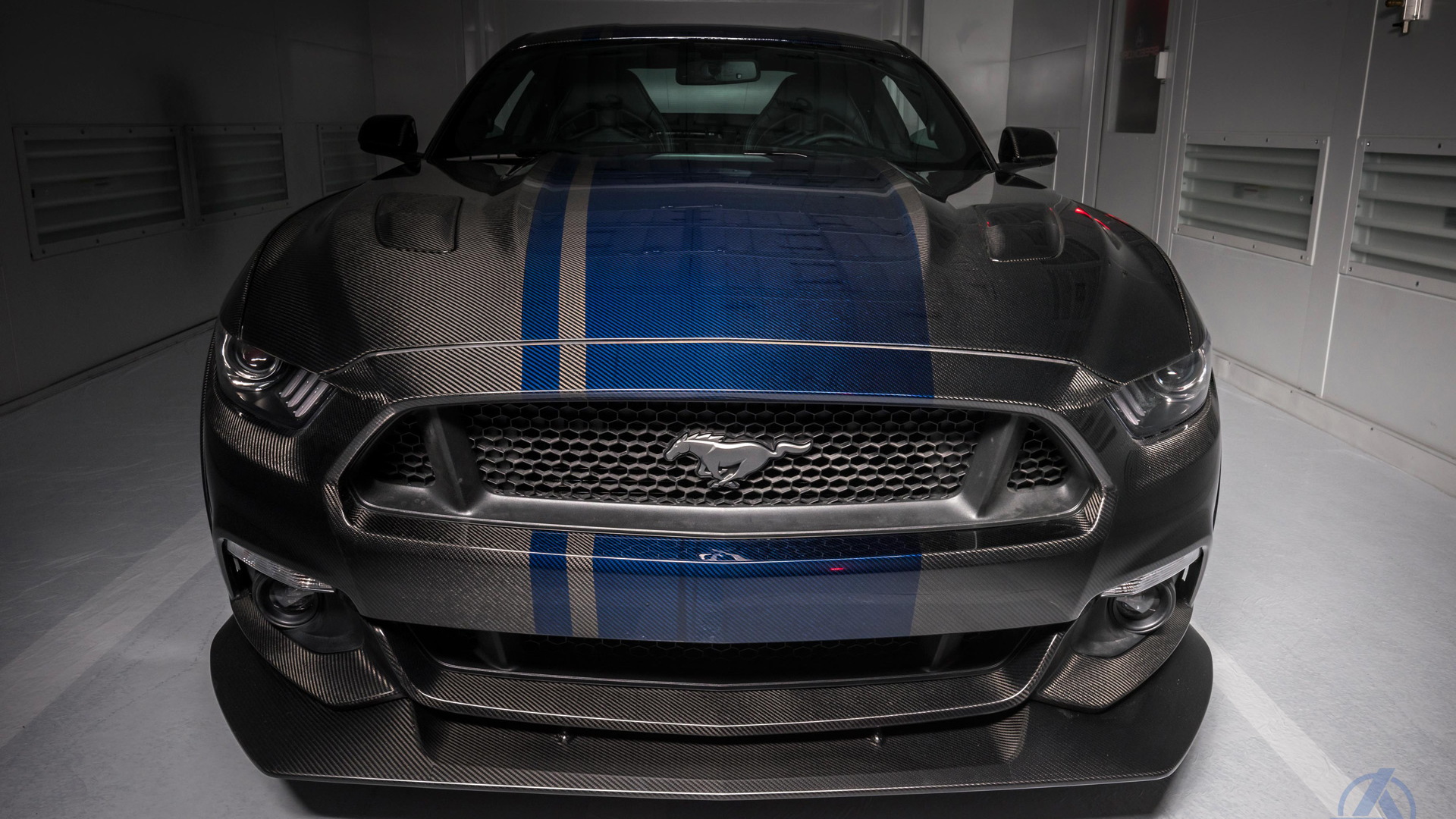 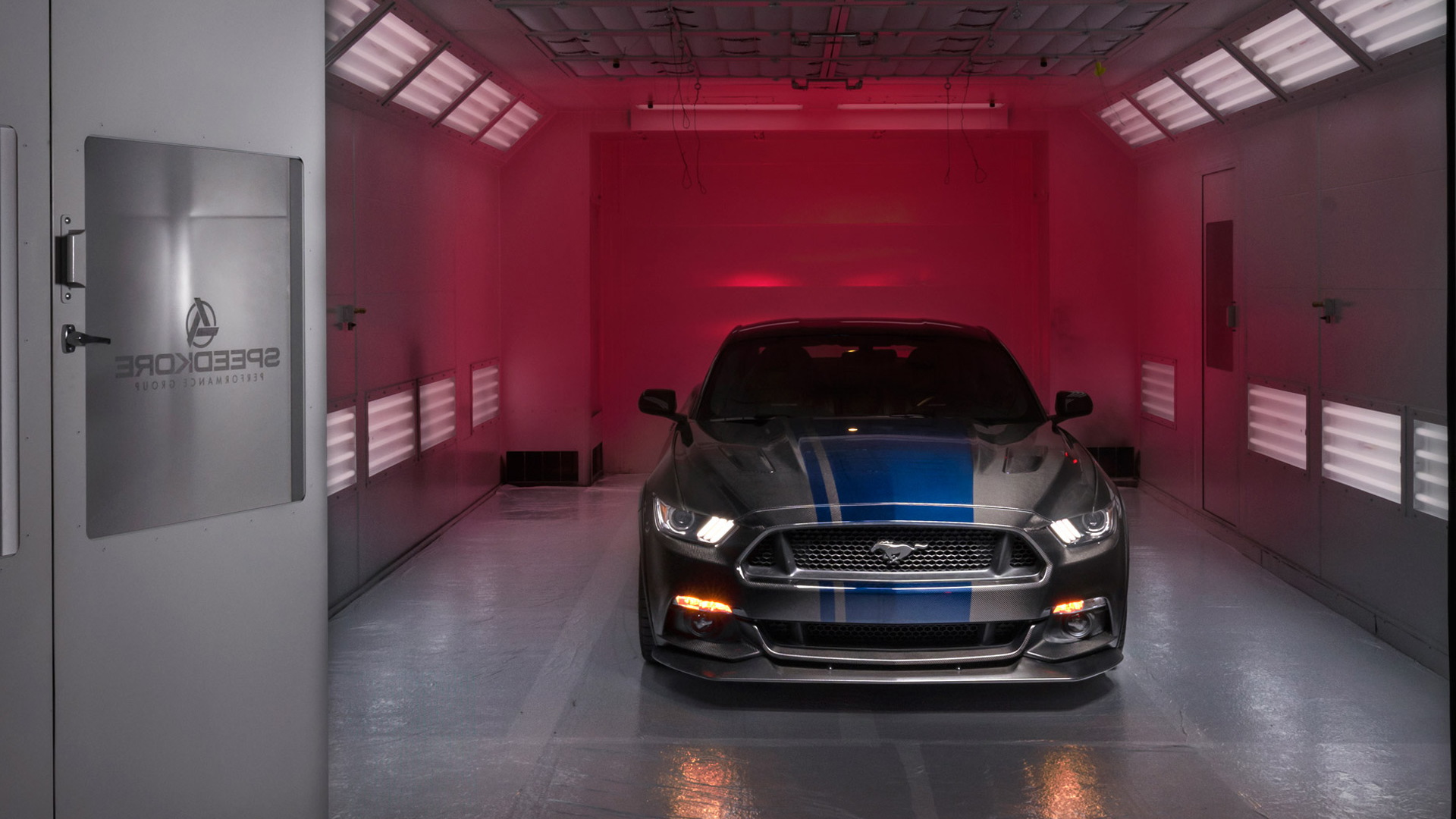 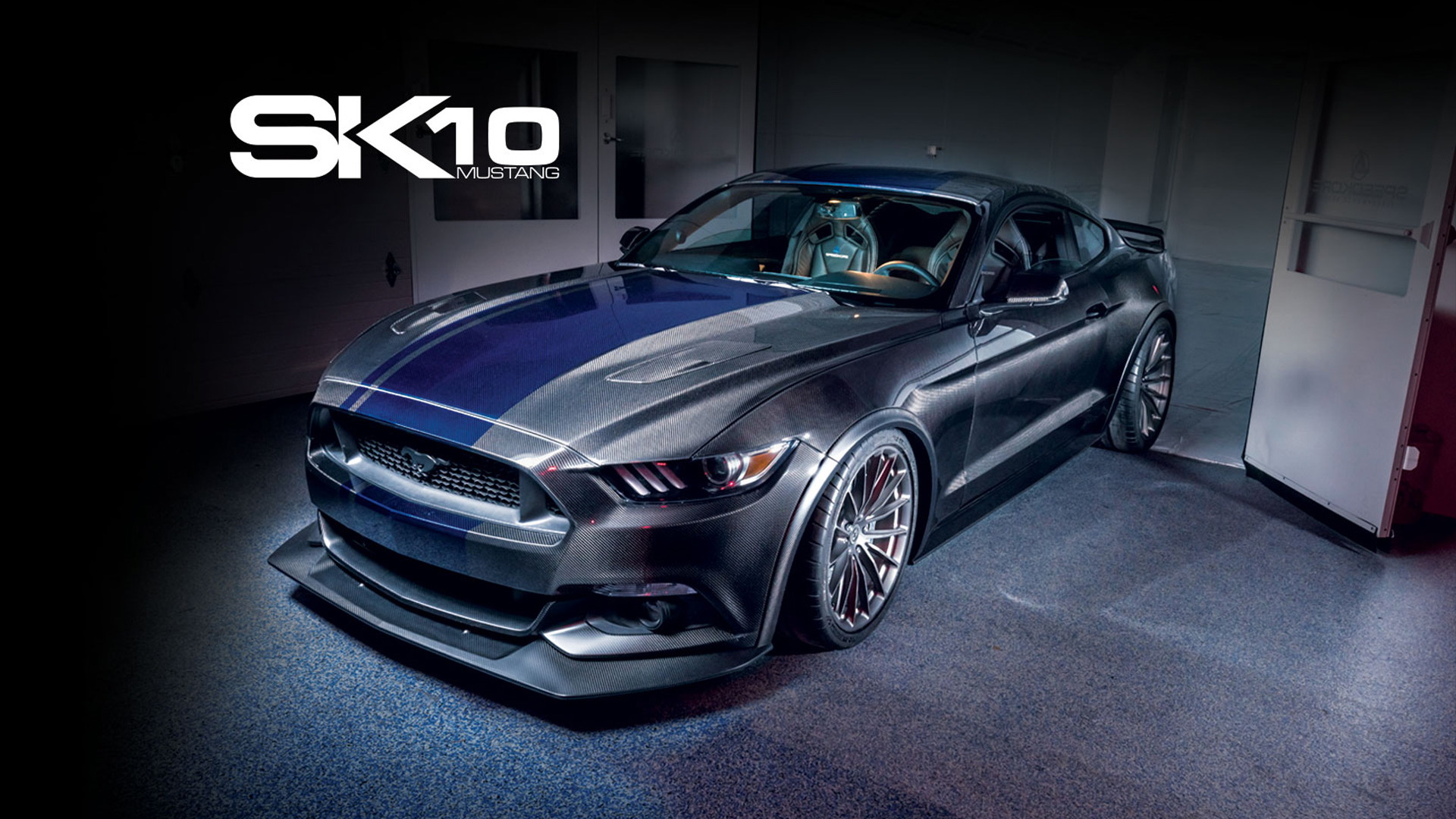 SpeedKore Performance Group of Grafton, Wisconsin is in the business of churning out wild muscle cars.

Who could forget the company’s insane 1970 Dodge Charger? Nicknamed the Tantrum, the old-school muscle car came with a 9.0-liter Mercury Marine racing engine turbocharged to the tune of 1,650 horsepower.

SpeedKore works on modern muscle, too. For example, at last year’s SEMA show, the company rolled out a 2017 Ford Mustang GT whose body was replaced entirely by carbon fiber panels developed in-house. It was one of the most talked about cars at the show and no doubt piqued the interest of more than one potential customer.

We know of at least one customer who requested SpeedKore deck out a 2016 Ford Mustang Shelby GT350R in carbon fiber. His or her car is the star of the latest episode of “Jay Leno’s Garage,” and would have cost its owner about $70,000 for the conversion.

Sure that’s serious money, but the weight savings are serious, too. For example, one of SpeedKore’s carbon fiber fenders weighs just 1.8 pounds.

Leno doesn’t learn how much weight was reduced on the Mustang, but the figure should be in the hundreds of pounds. He notes after a quick spin that the car feels quicker and lighter on its feet. He should know since he owns a stock Shelby GT350R.

SpeedKore has its own composites team and produces all of the parts using its own autoclave and pre-preg carbon fiber. The company also uses automotive clearcoat to protect its parts, meaning they won’t yellow over time like many resin and gelcoats used by other manufacturers.

Note, it’s not just the Mustang that gets the carbon love from SpeedKore. The company also offers carbon fiber body panels for the Chevrolet Camaro and Dodge Challenger.