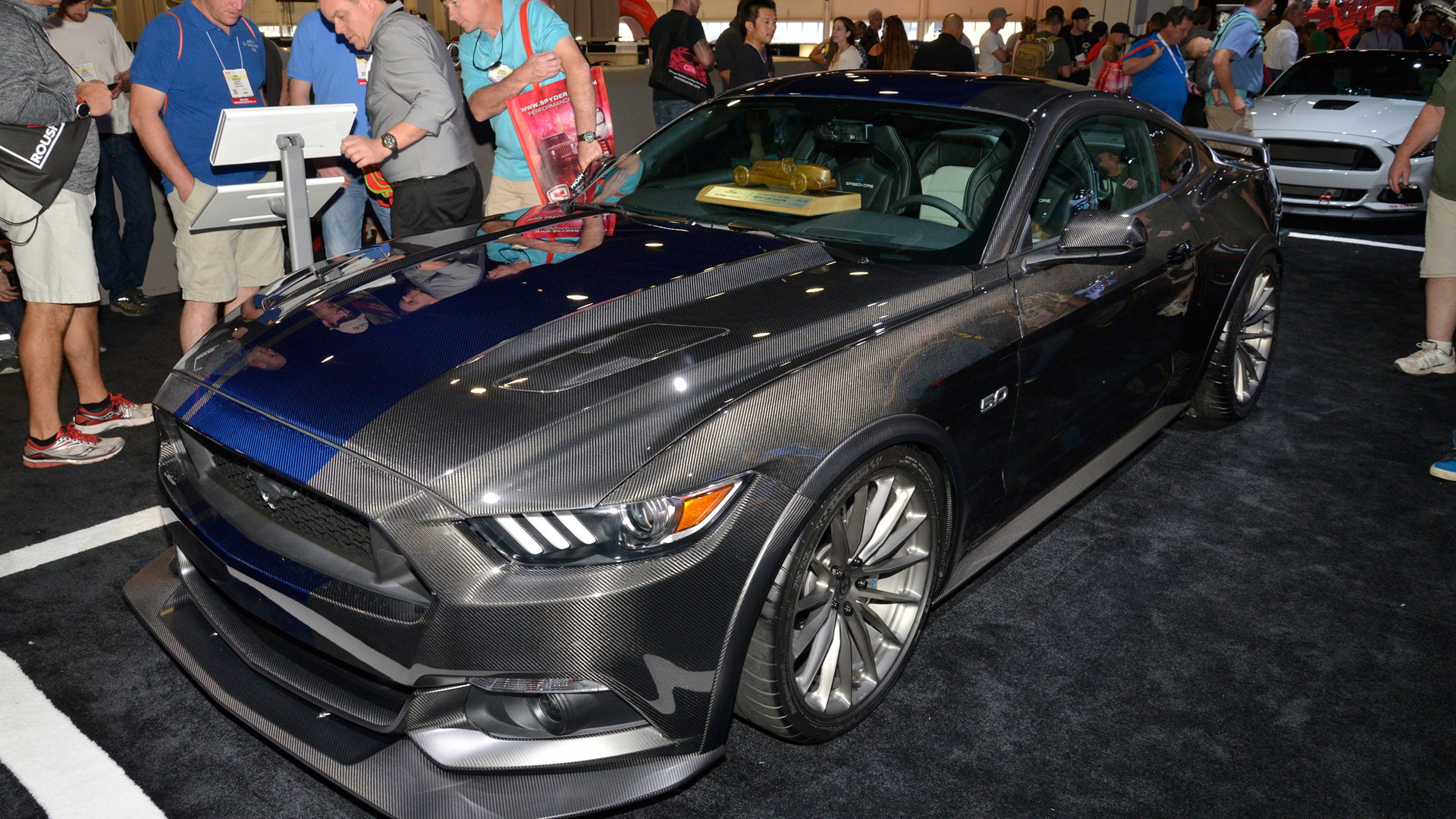 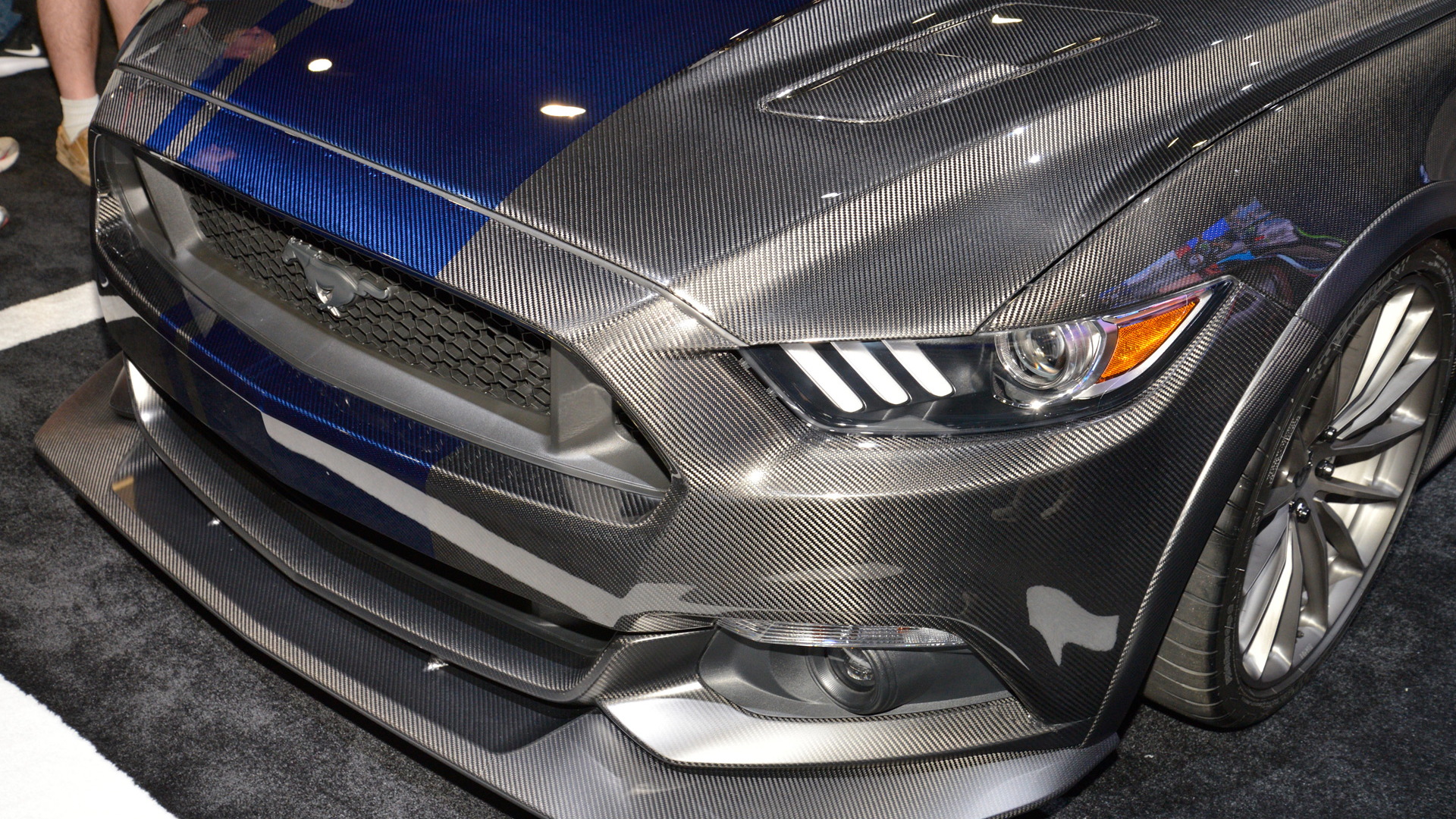 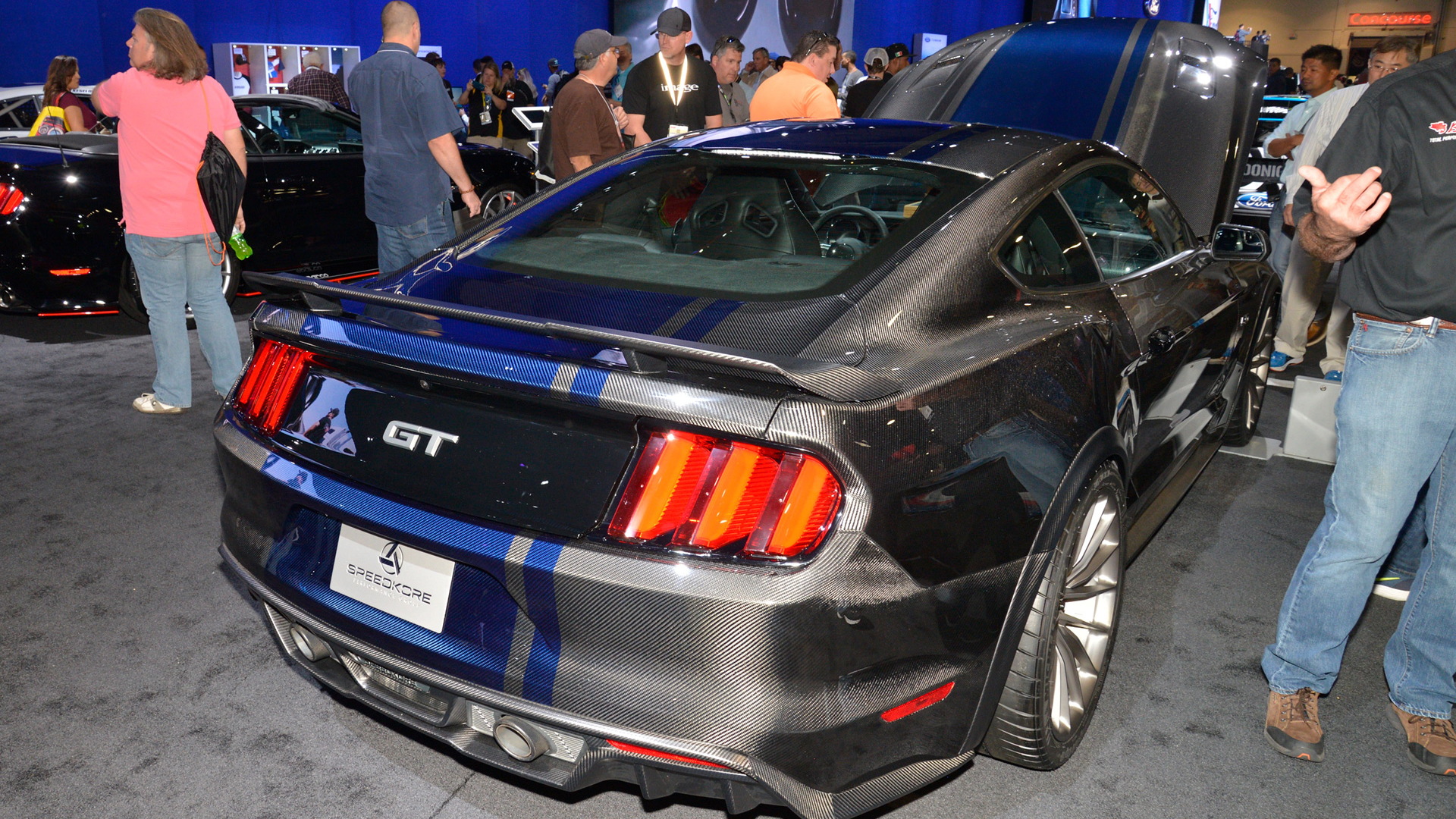 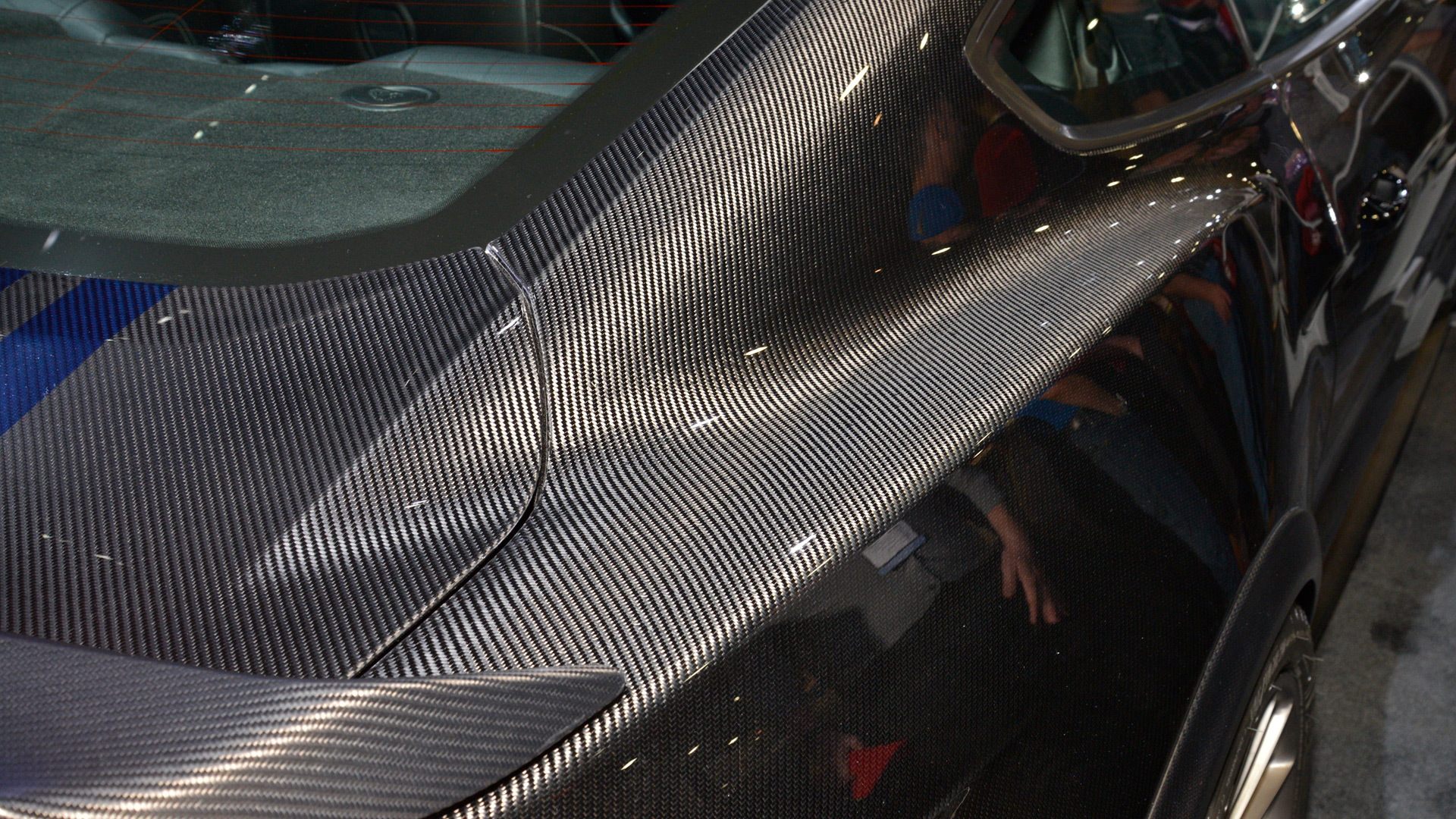 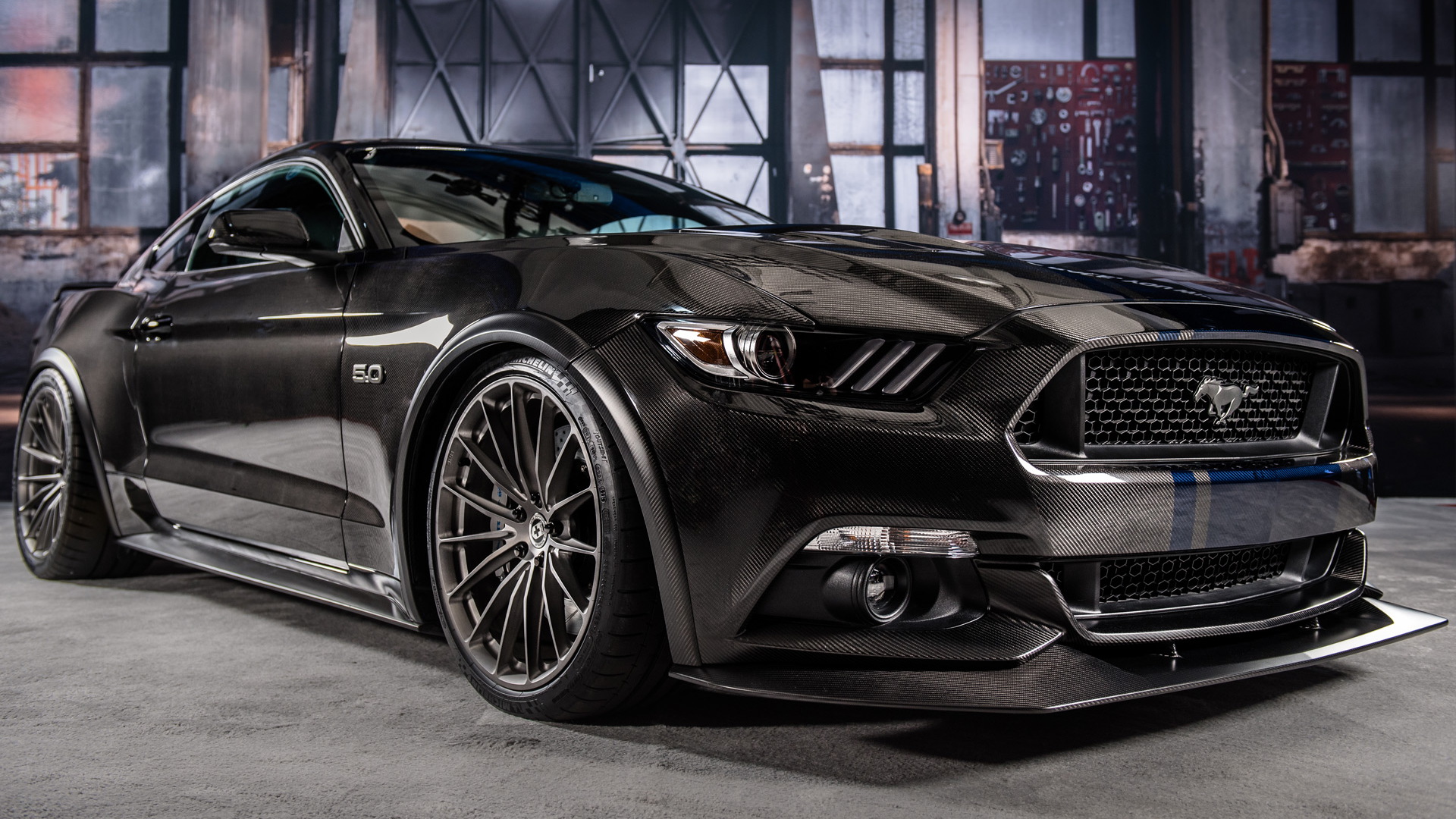 The Ford Motor Company [NYSE:F] Mustang on Tuesday was voted the Hottest Coupe at the 2016 SEMA show,  edging out its Chevrolet Camaro arch rival as well as all other two-doors at the show.

The Mustang is a perennial favorite in the tuning scene, and with good reason. The car’s affordable base price and under-stressed mechanicals make it the perfect blank canvas for tuners. Recall, one Ohio dealer in May was selling 727-horsepower Mustangs prepped by Roush for less than $40K.

You’ll find even more power in some of the Mustangs on display at the SEMA show in Las Vegas. Ken Block’s 1965 Hoonicorn RTR Twin Turbo, for instance, is dishing out over 1,400 hp.

One of our favorites was the Mustang GT modified by SpeedKore Performance Group. This is the company that built an insane 1970 Dodge Charger with 1,650 horsepower on tap. For its Mustang GT, the company installed a supercharger to help the car’s 5.0-liter V-8 pump out 825 hp. The company also installed  track-tuned suspension, 20-inch wheels shod with Michelin Pilot Sport Cup 2 tires, and a complete carbon fiber body.

Speedkore’s car was also popular with the crowds, as was the Ford GT Mustang “tribute” car from Zero to 60 Designs. Ford wasn’t too pleased with the design, though. It’s rumored the automaker has been in contact with Zero to 60 over the design being too similar to the Ford GT it’s meant to mimic.

Another crowd favorite was the Mustang EcoBoost by MRT. It boasts a supercharger and a chassis set up for balanced performance. The real highlight is the appearance, which includes a unique color scheme as well as a subtle carbon fiber body kit.

For fans of more classic Mustangs,  there was a 1965 Ford Shelby GT500CR recreation from Classic Recreations and a 1966 Ford Shelby GT350 recreation from Revology Cars. The latter features modern in-car electronics melded with the classic Mustang body. Under the hood is the stock 5.0-liter V-8 from the latest Mustang GT, whose output is capped at 435 hp. Revology boasts that its creation has a better power-to-weight ratio than a Ferrari [NYSE:RACE] 360 Modena. In the cabin, there’s a digital instrument cluster, LED accents, and a custom infotainment system with navigation.

Other Fords were also popular at SEMA. Organizers awarded the Focus the Hottest Hatch award and the F-150 the Hottest Truck award. The Dodge Charger took home the Hottest Sedan award while the Jeep Wrangler took the Hottest SUV award. The winners are picked based on the number of examples on display.

For more from the SEMA show, visit our dedicated hub.