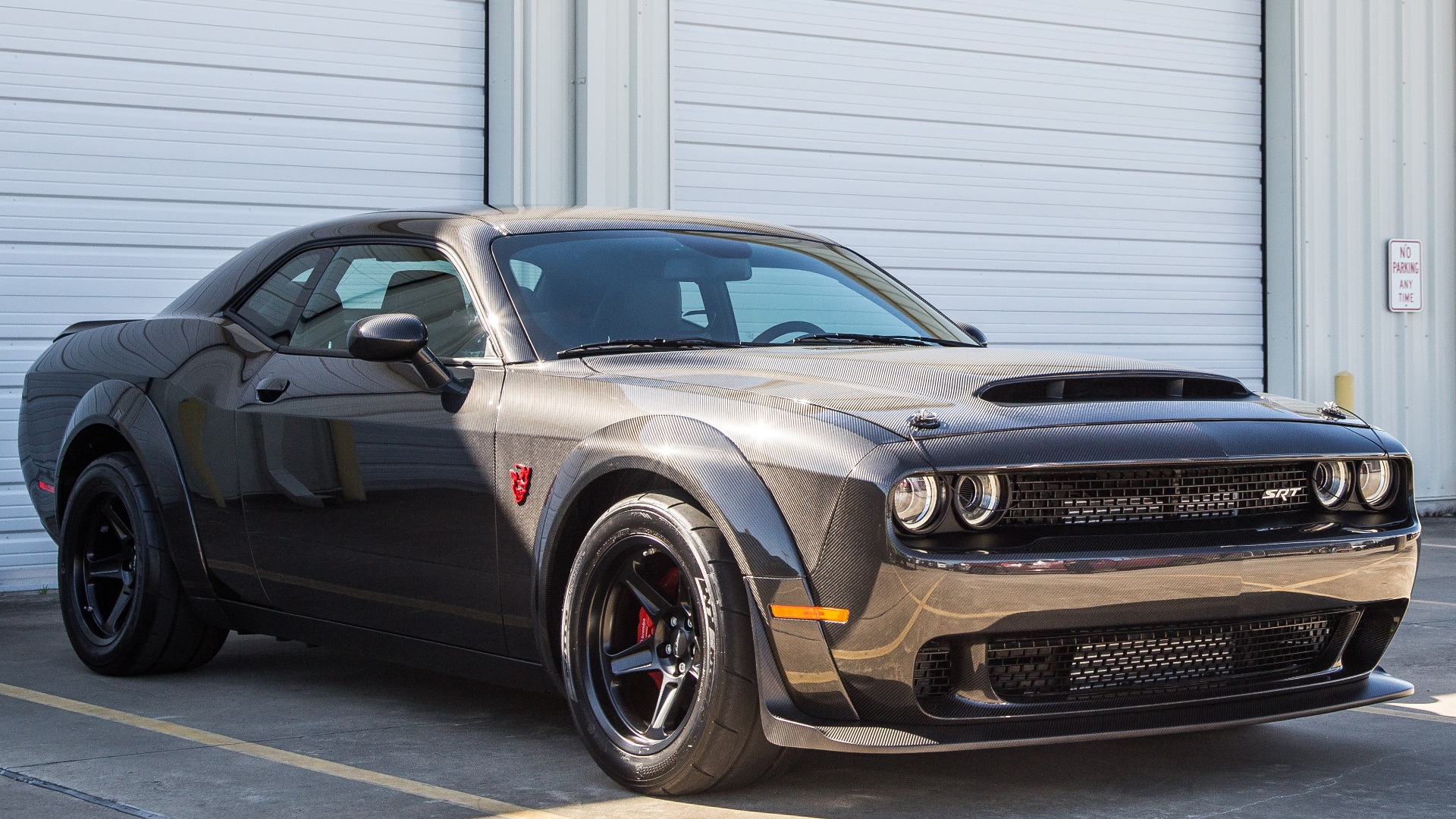 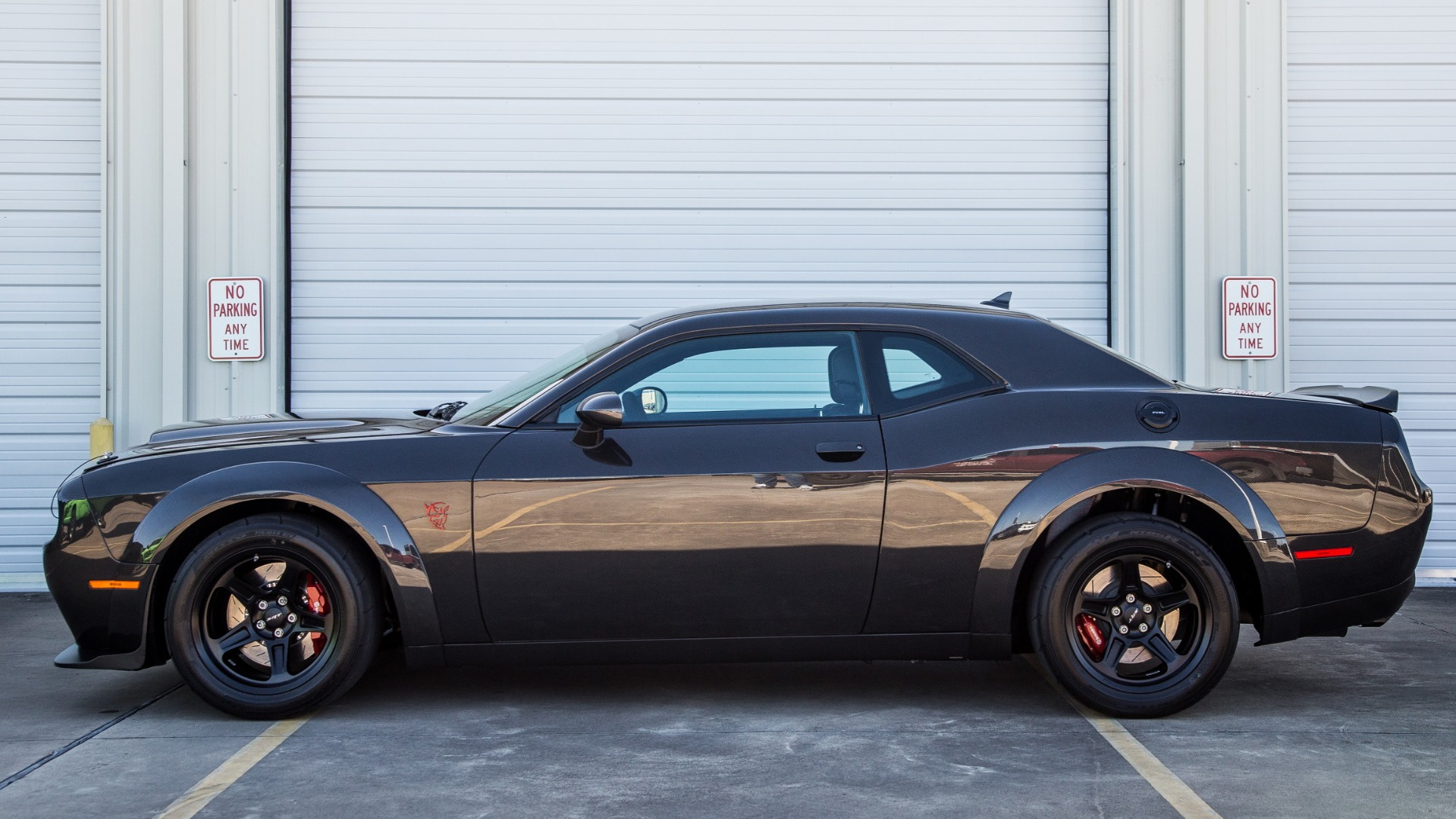 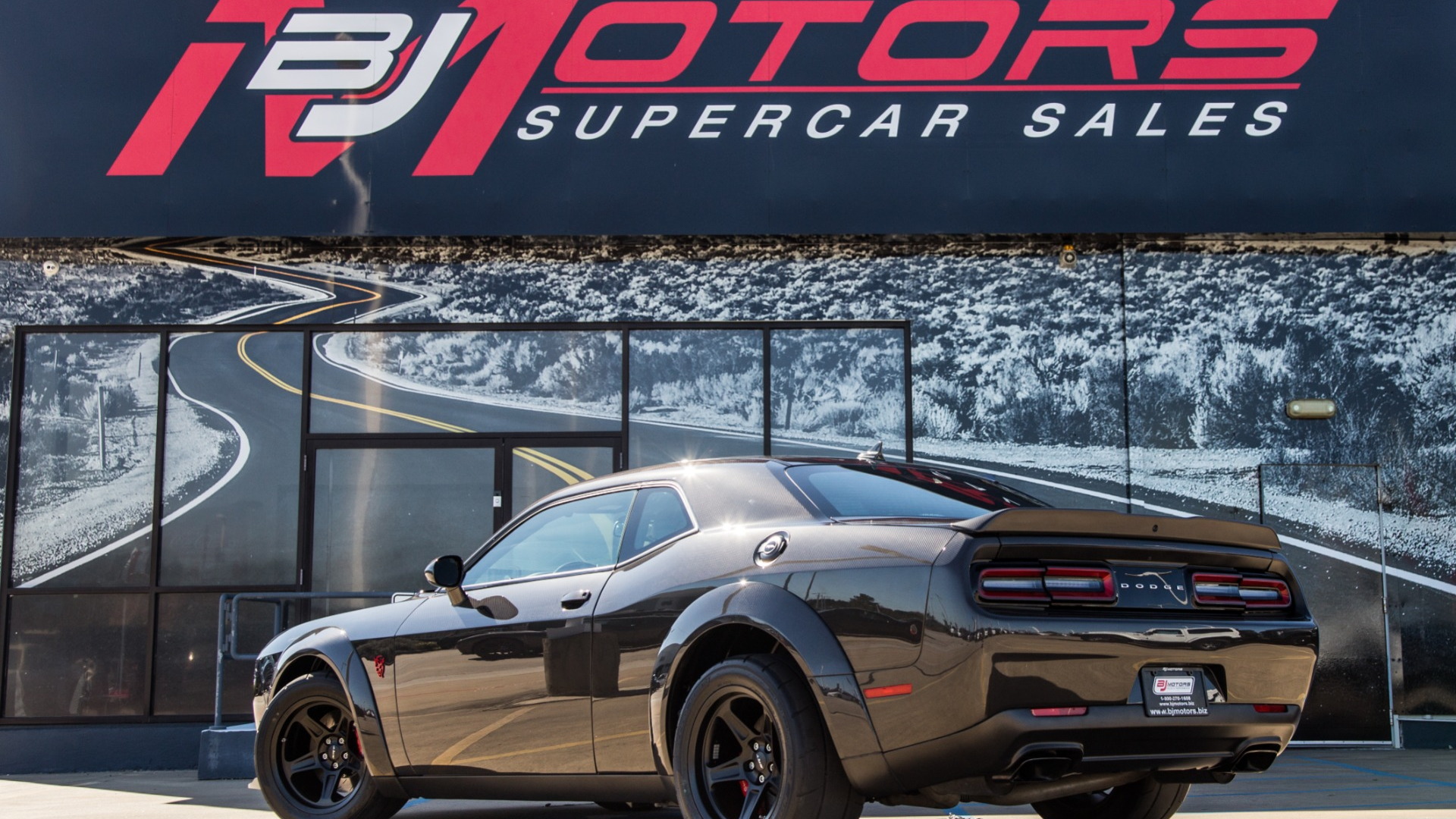 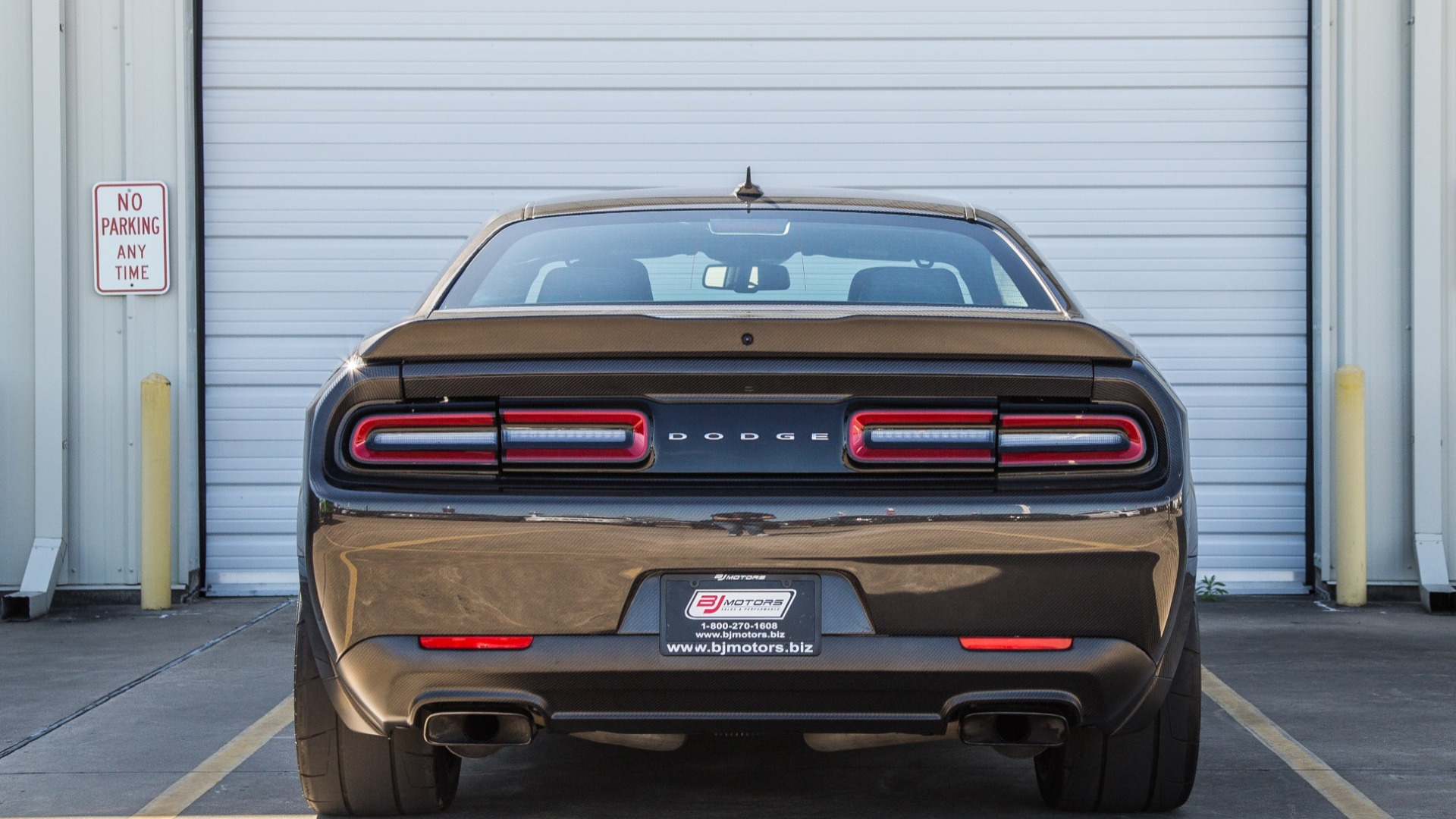 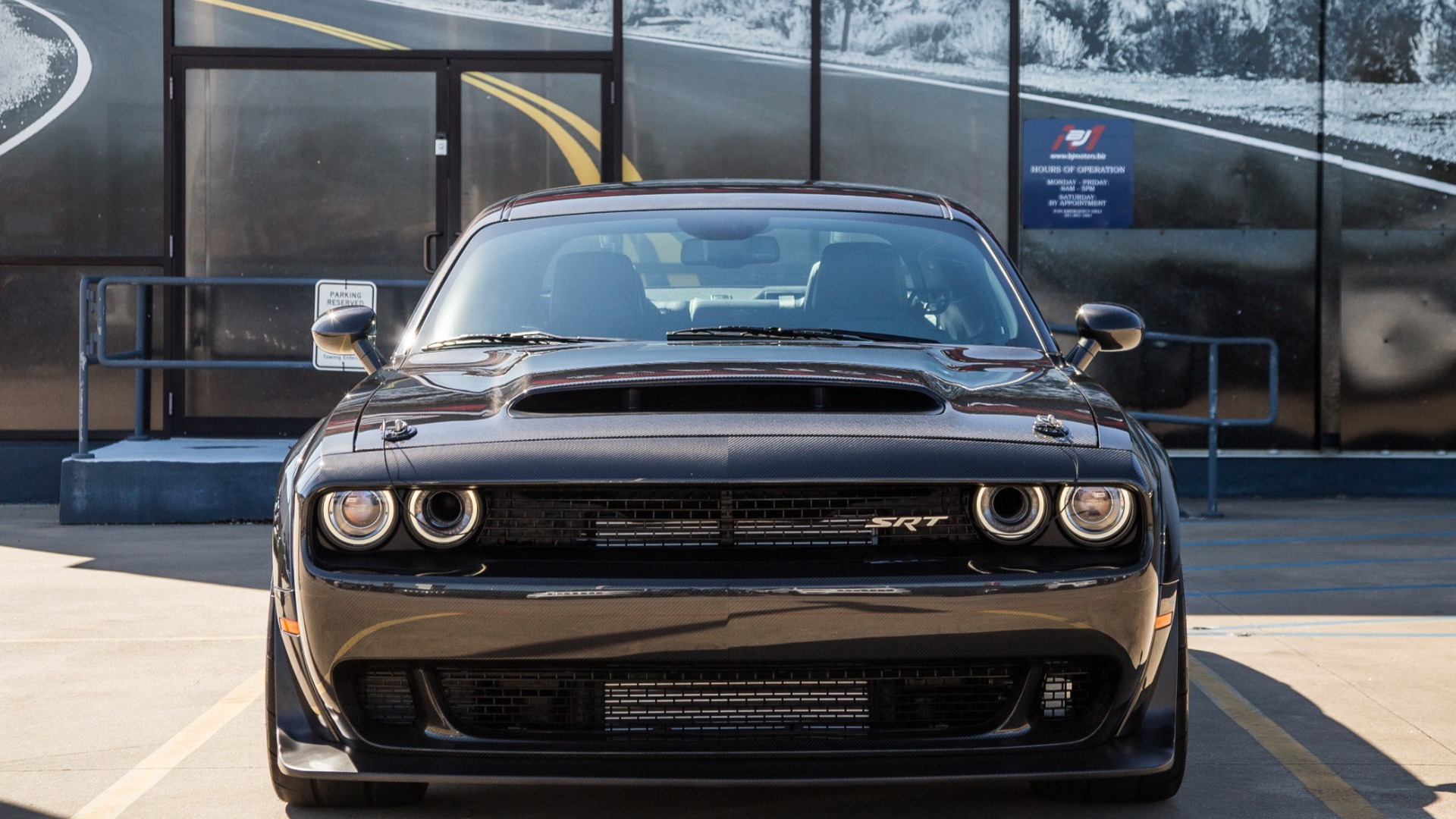 The 2018 Dodge Challenger SRT Demon may be one powerful muscle car, but it's not exactly the lightest performer. In fact, it weighs more than 4,000 pounds.

The car relies on its massive power figures to check off multiple production-car firsts. But, what if owners want to shed some of the extra bulk? SpeedKore Performance Group has a solution: carbon fiber. 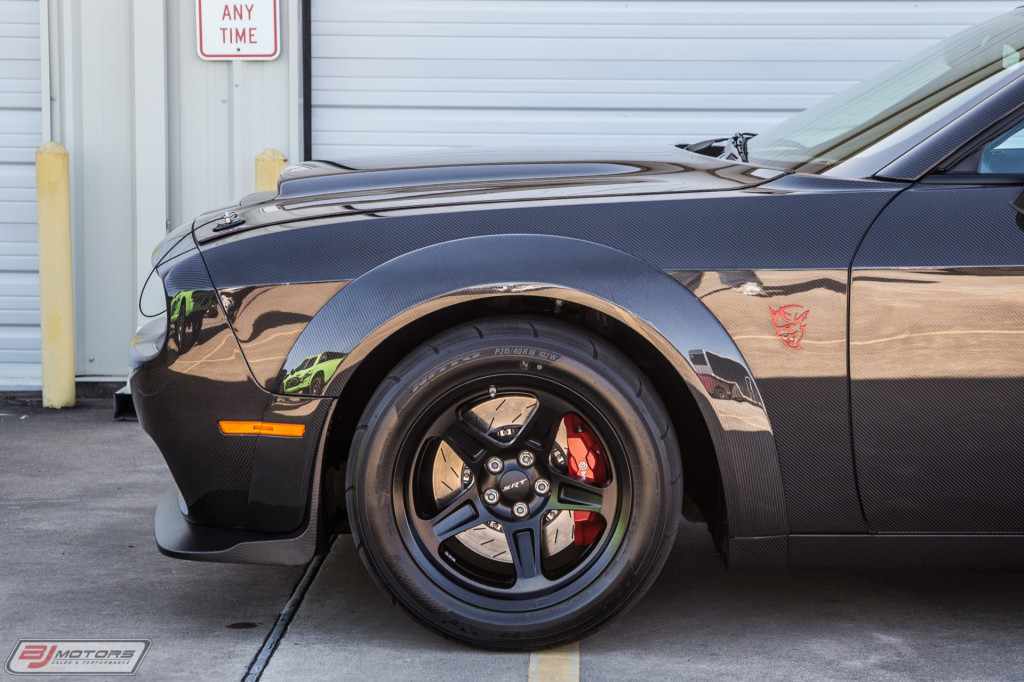 The Grafton, Wisconsin-based company is famous for its OEM-quality carbon fiber body panels, all produced using its own autoclave. And back in 2018, it launched a collection of four carbon fiber-bodied Demons, all of them tuned to deliver 1,400 horsepower, or enough oomph to deliver quarter-mile times in the 8s.

To get the power up to hypercar levels, the tuned Demons rely on a twin-turbocharged version of the 6.2-liter V-8, which in the stock Demon comes supercharged. The turbos help feed 26 psi of boost pressure into the mighty motor. 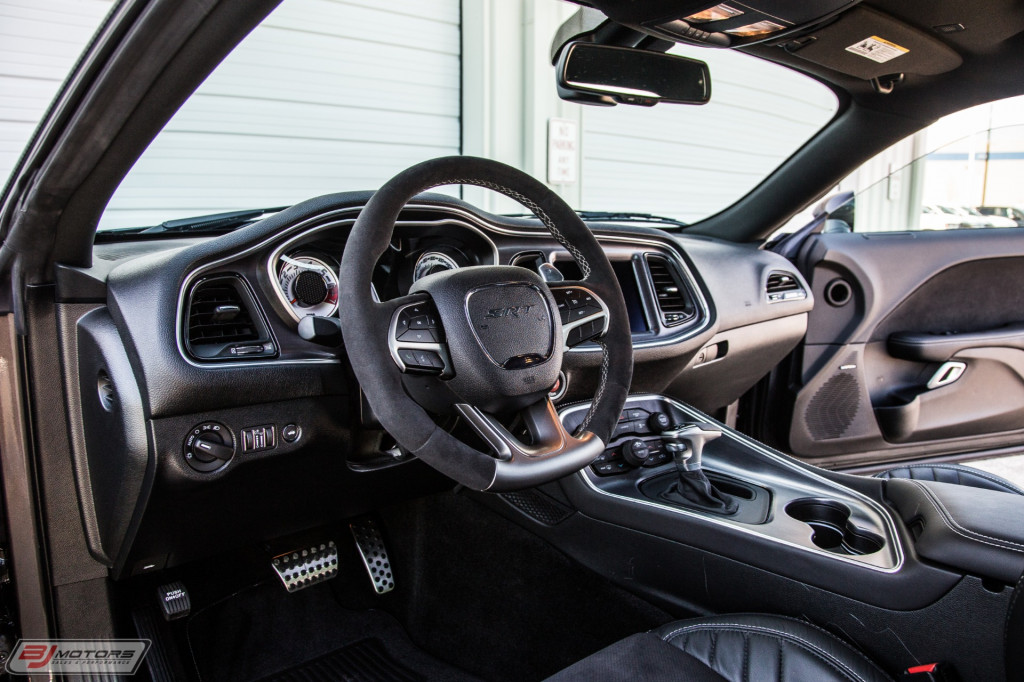 In addition to those four crazy Demons, SpeedKore built this fifth example with a stock powertrain. This car was used to develop the company's carbon fiber body for the Demon, and it's now up for sale at BJ Motors in Tomball, Texas. The asking price is $169,995, which isn't bad considering there's just six miles on the odometer.

According to the listing on duPont Registry, the addition of carbon fiber body panels helps save 200 pounds from the curb weight. The carbon is finished in a clear coat and matches up nicely with the black leather and Alcantara used in the cabin. To offset all of the black, SpeedKore chose a red finish for the Demon logos on the flanks of the car. 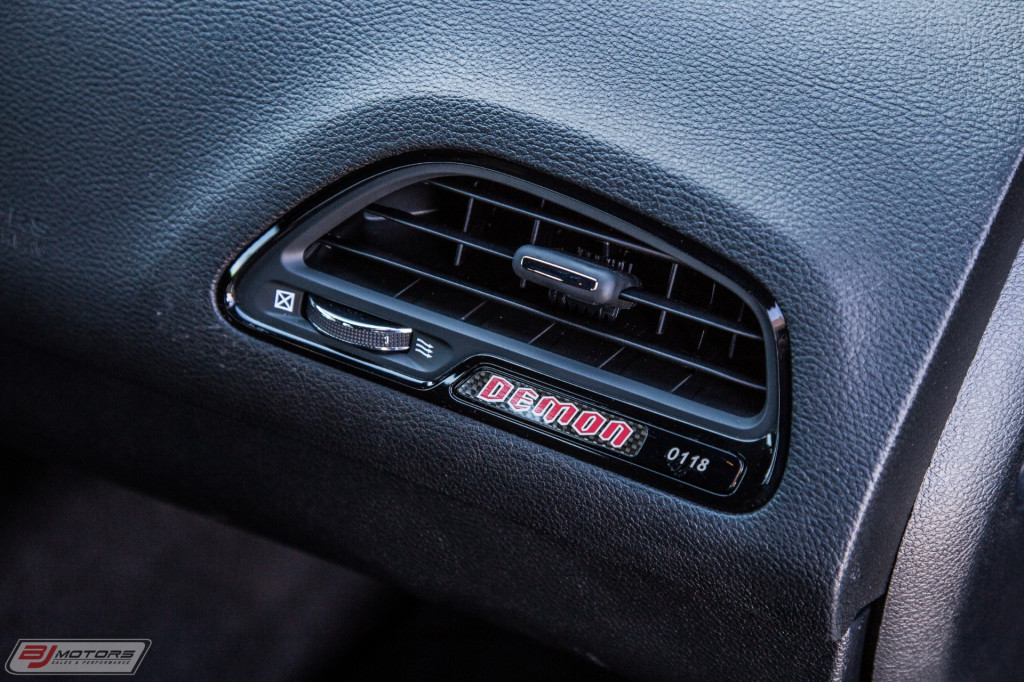 The car also features a beefed-up torque converter, a carbon fiber driveshaft, a rear differential brace to bolster the rear end, and a 10-point roll cage to protect the driver at the ridiculous speeds it can achieve.

If you're looking for the meanest Demon, this is it.