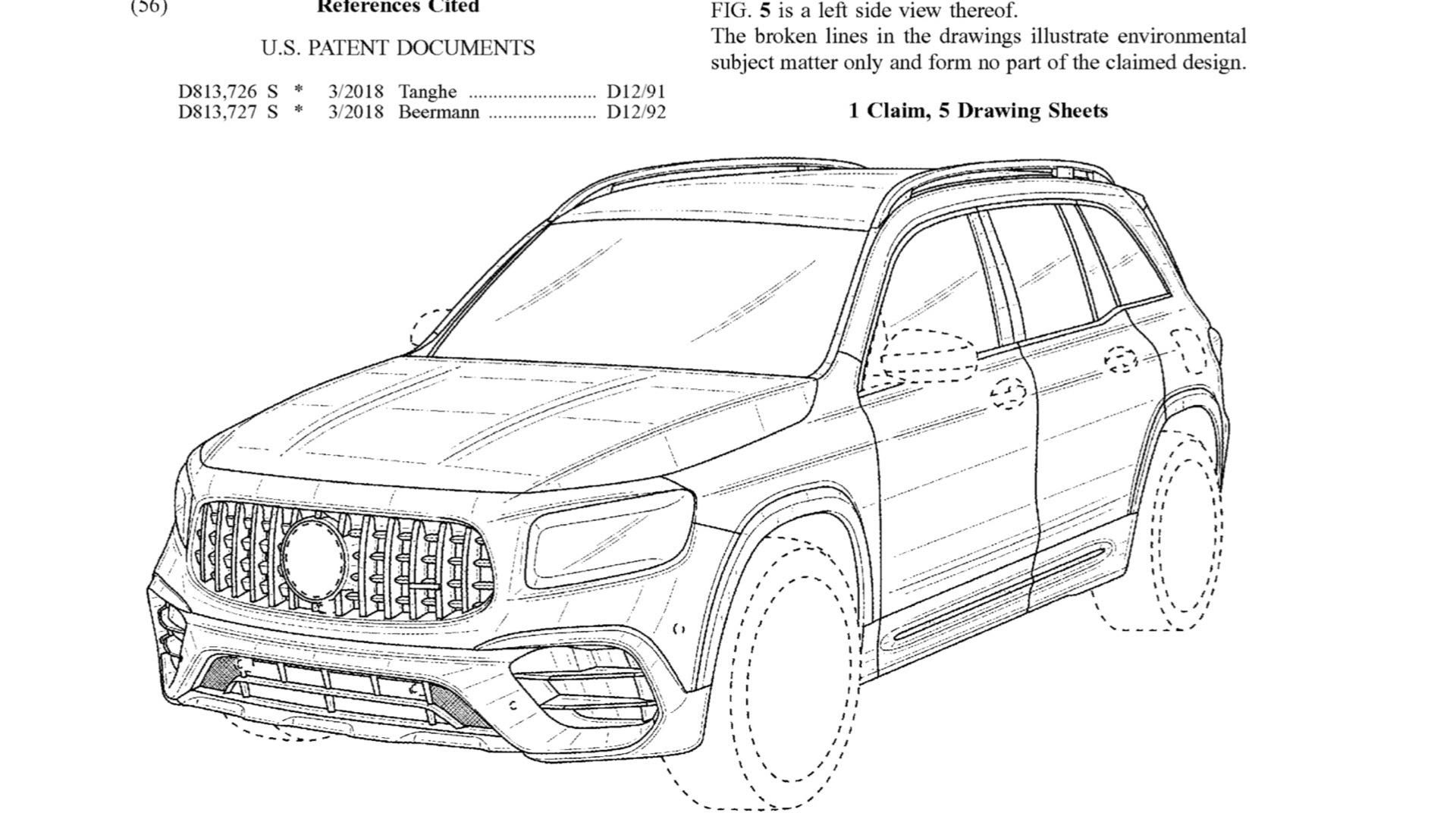 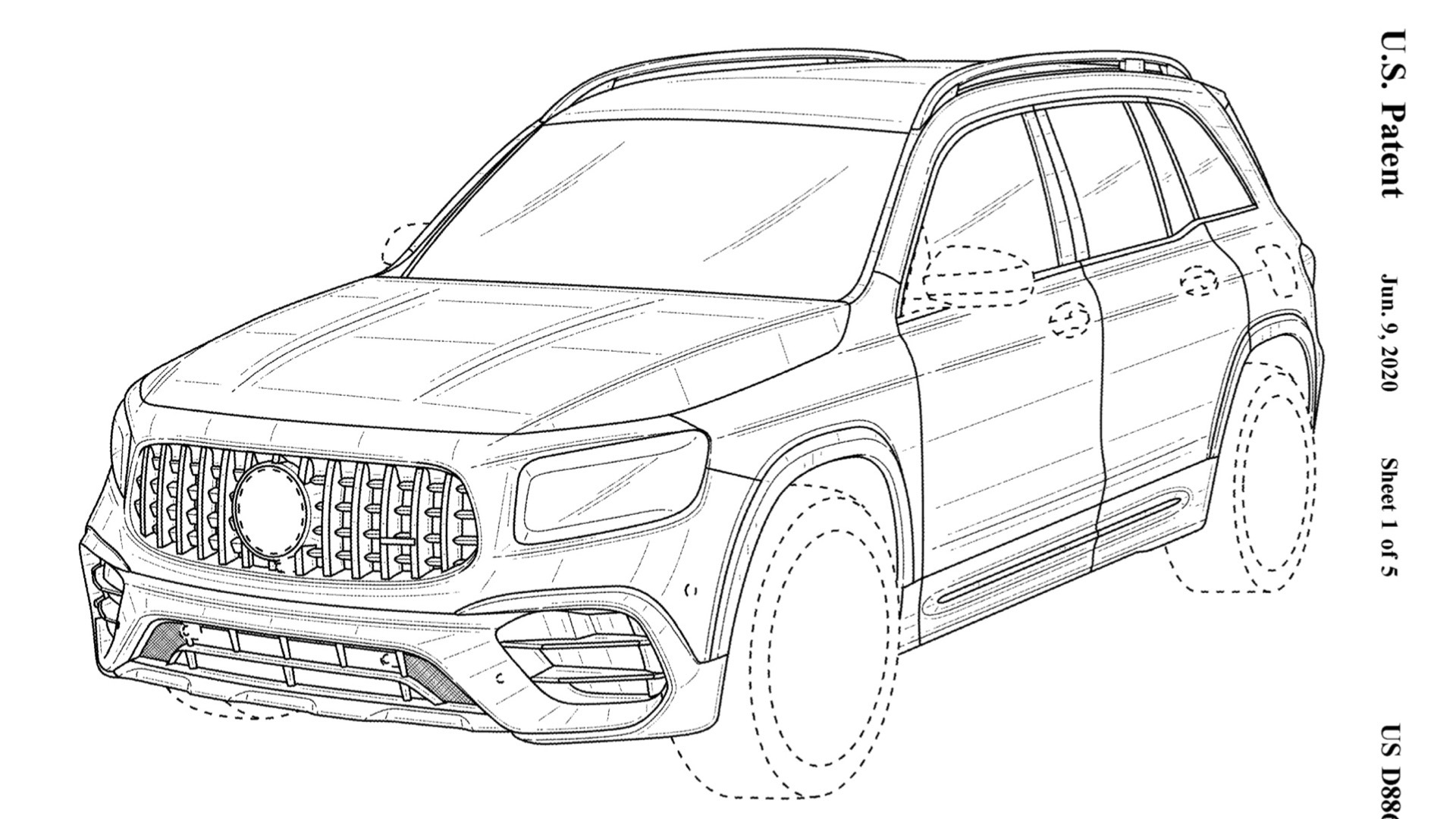 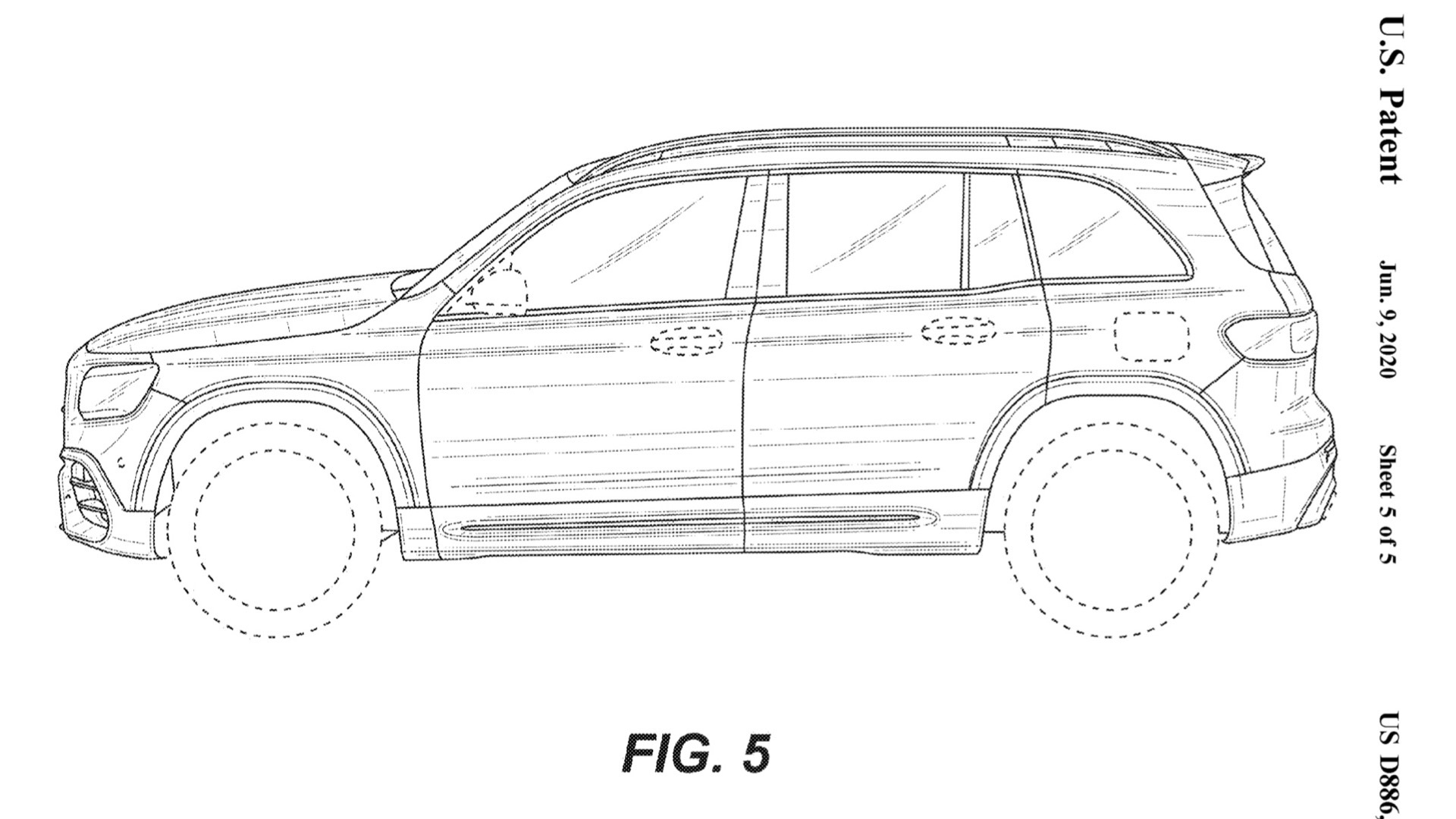 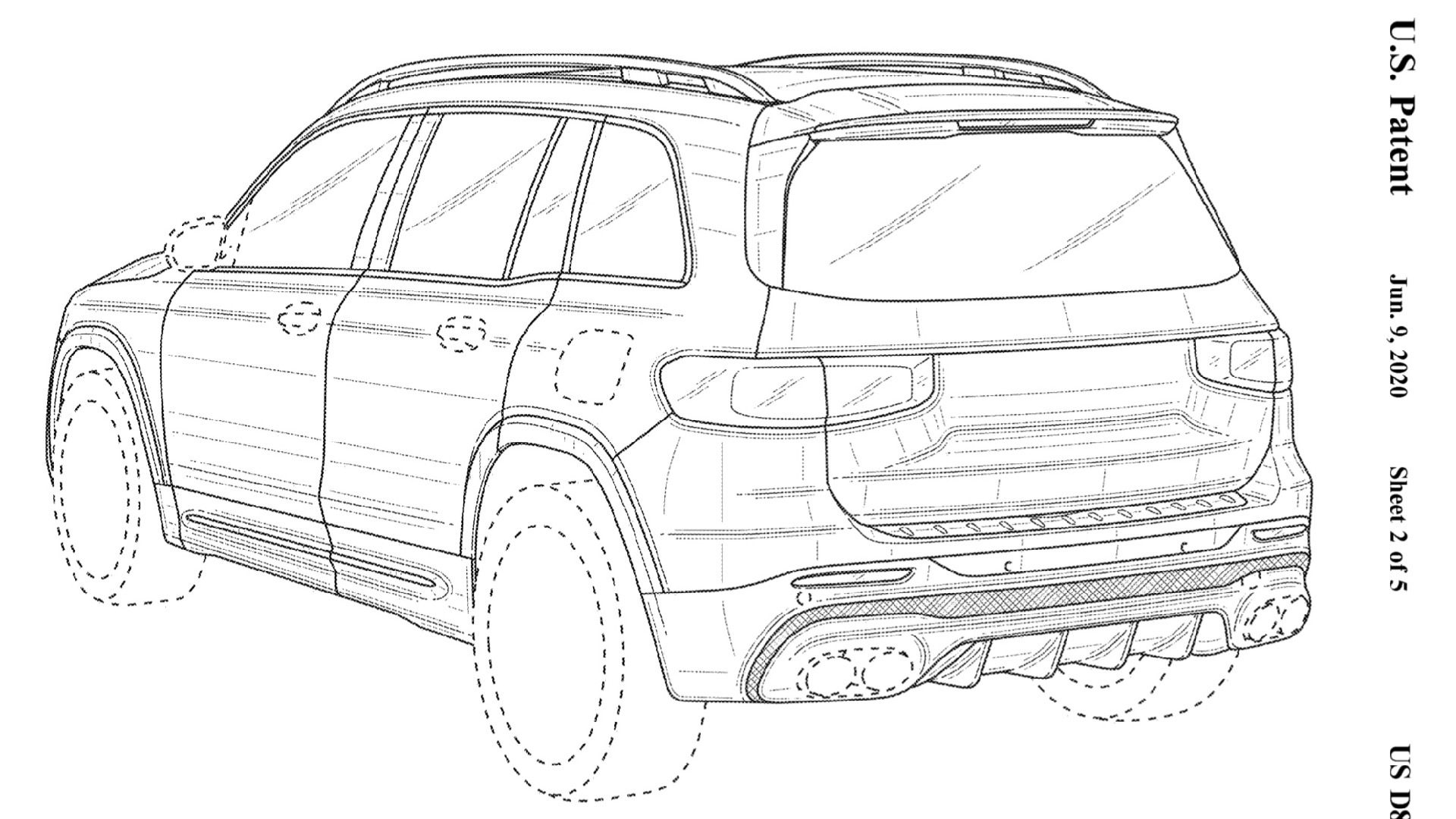 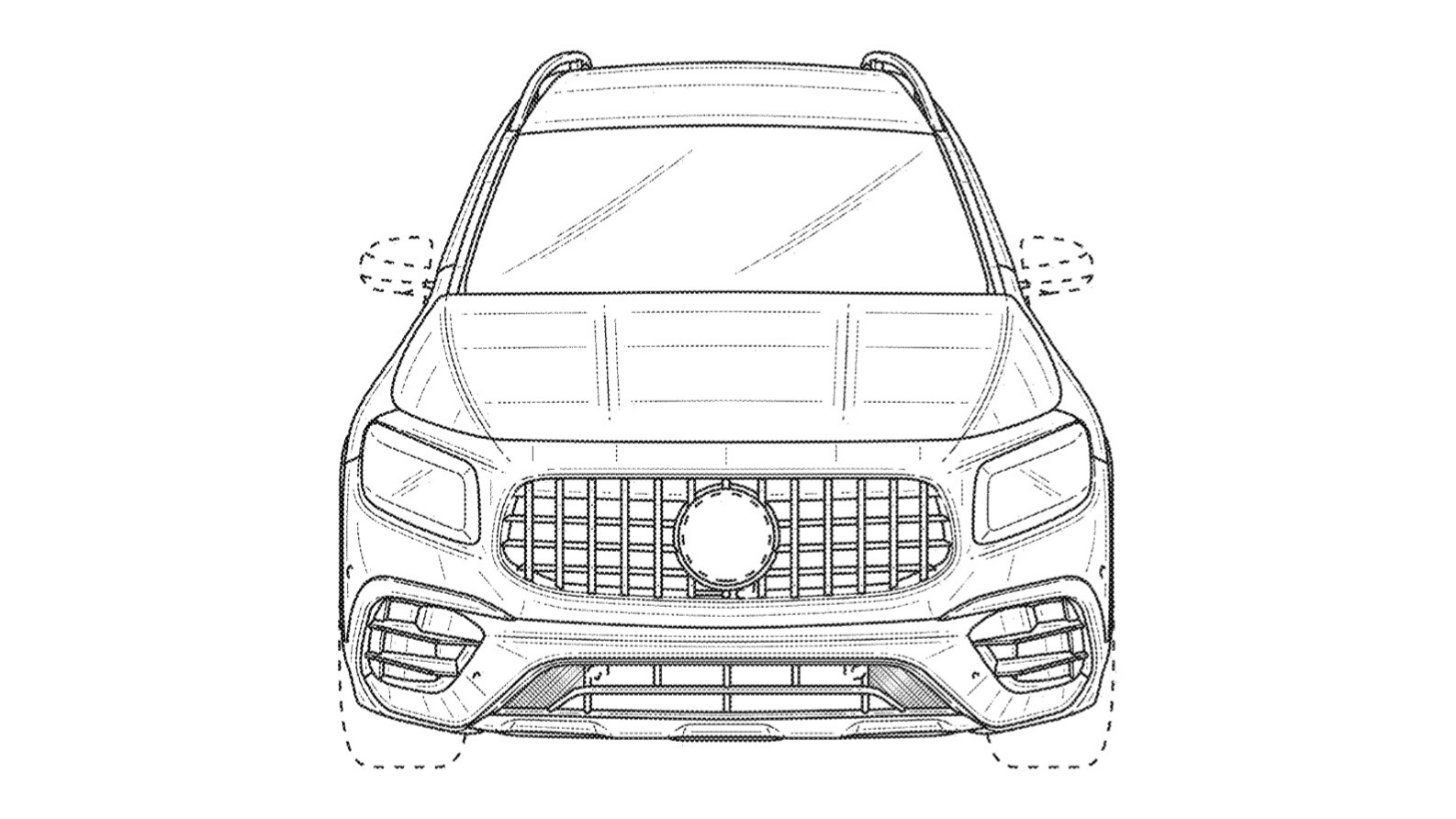 Following the model of its CLA and GLA siblings, the Mercedes-AMG GLB35 will soon be surpassed by a more powerful "45" model. First spotted by Automobile, a leaked filing with the United States Patent and Trademark Office appears to show the 2021 Mercedes-AMG GLB45.

The images don't show any GLB45 badging, but Automobile noted that the quad exhaust tips and subtly altered front fascia indicate this is a different model from the GLB35, which already gets some sportier styling elements to distinguish it from non-AMG GLB models.

The AMG GLB45's party piece will be under the hood. Like the GLB35, the GLB45 will use a 2.0-liter turbocharged inline-4. However, expect the GLB45 version to make 382 horsepower and a GLB45 S to boast 416 hp, both compared to 302 hp for the GLB35. The same engines power a range of redesigned "45" series cars, including the CLA45 sedan, CLA45 Shooting Brake wagon, A45 hatchback, and GLA45 crossover.

As with other 45 models, the GLB45 will likely use the same 8-speed dual-clutch transmission and a rear-biased all-wheel drive system with a drift mode. We expect AMG to target 0-60 mph in the low to mid 4-second range. The top speed will likely be capped at 155 mph for the standard version, and 167 mph for the GLB45 S model.

We also expect modifications to help stiffen up the body shell, and upgraded suspension to help deal with the extra power. An adaptive damping system will likely be included, with different modes emphasizing comfort or performance.

The GLB45 models could take some time to arrive. Mercedes hasn't even revealed pricing for the GLB35, which isn't scheduled to go on sale until late 2020. Both the GLB35 and GLB45 will likely command a significant premium over the base GLB250, which starts at $37,595.

Motor Authority reached out to Mercedes about the possibility of GLB45 models. We will update this story if and when we hear back.