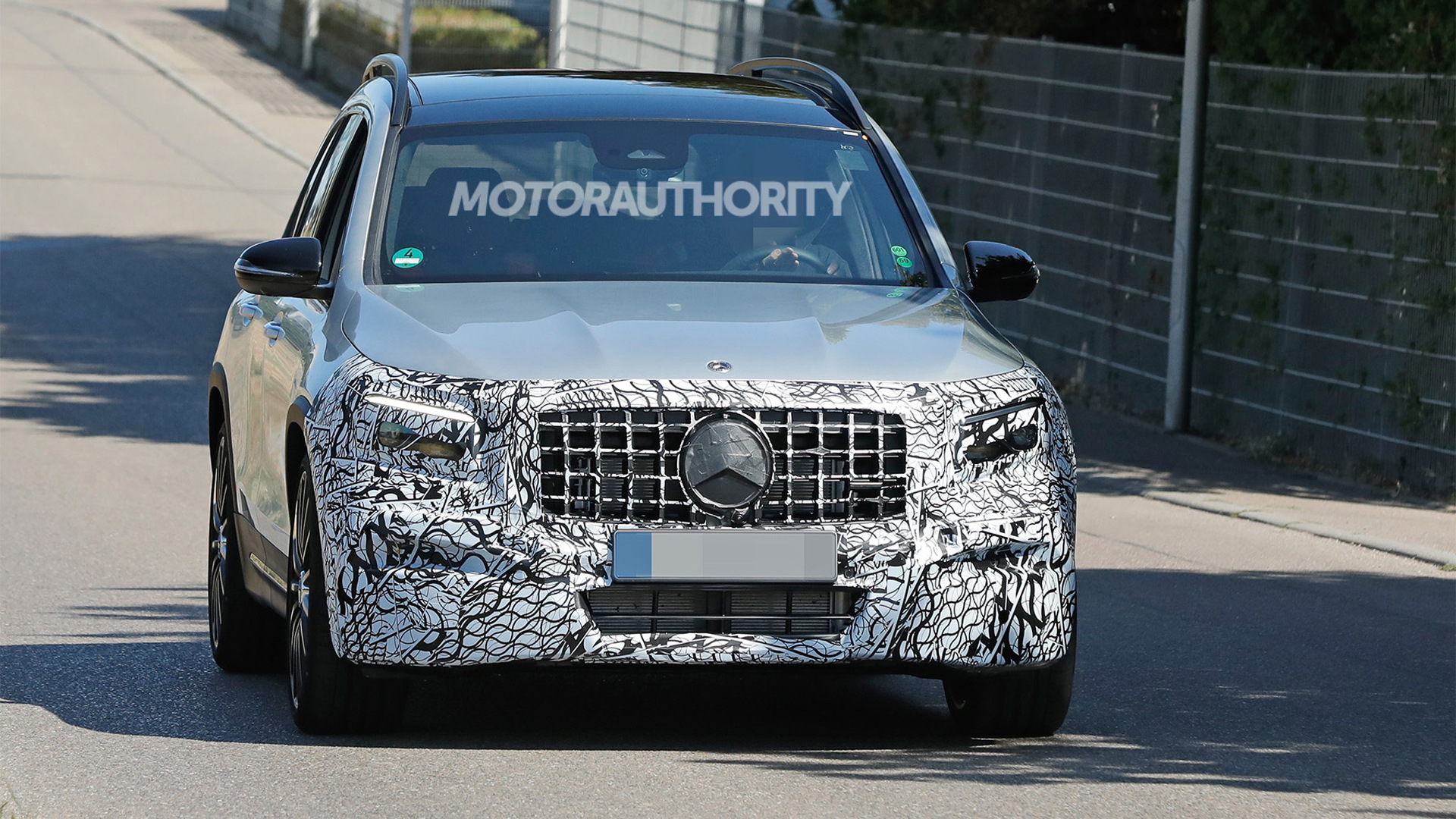 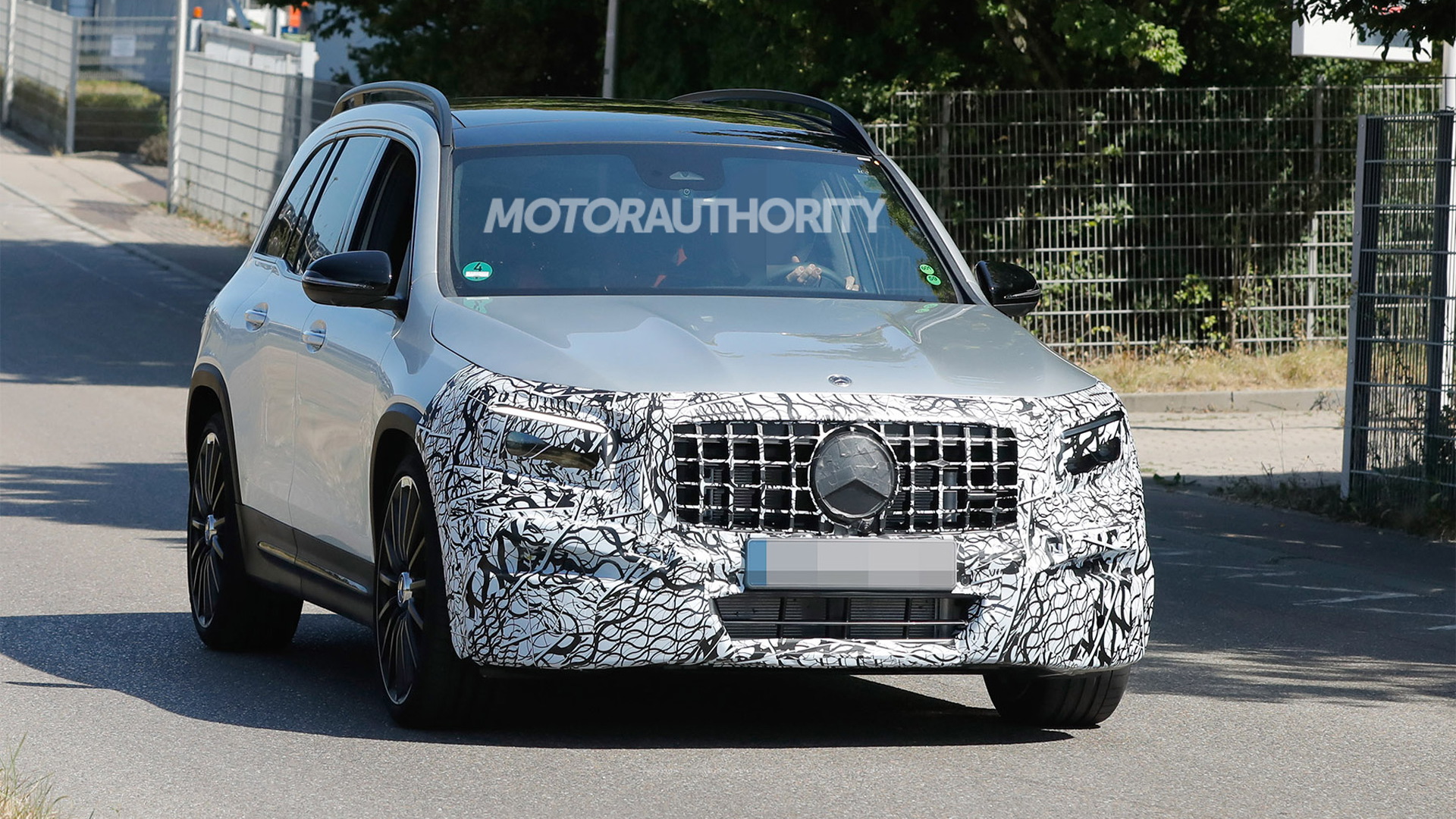 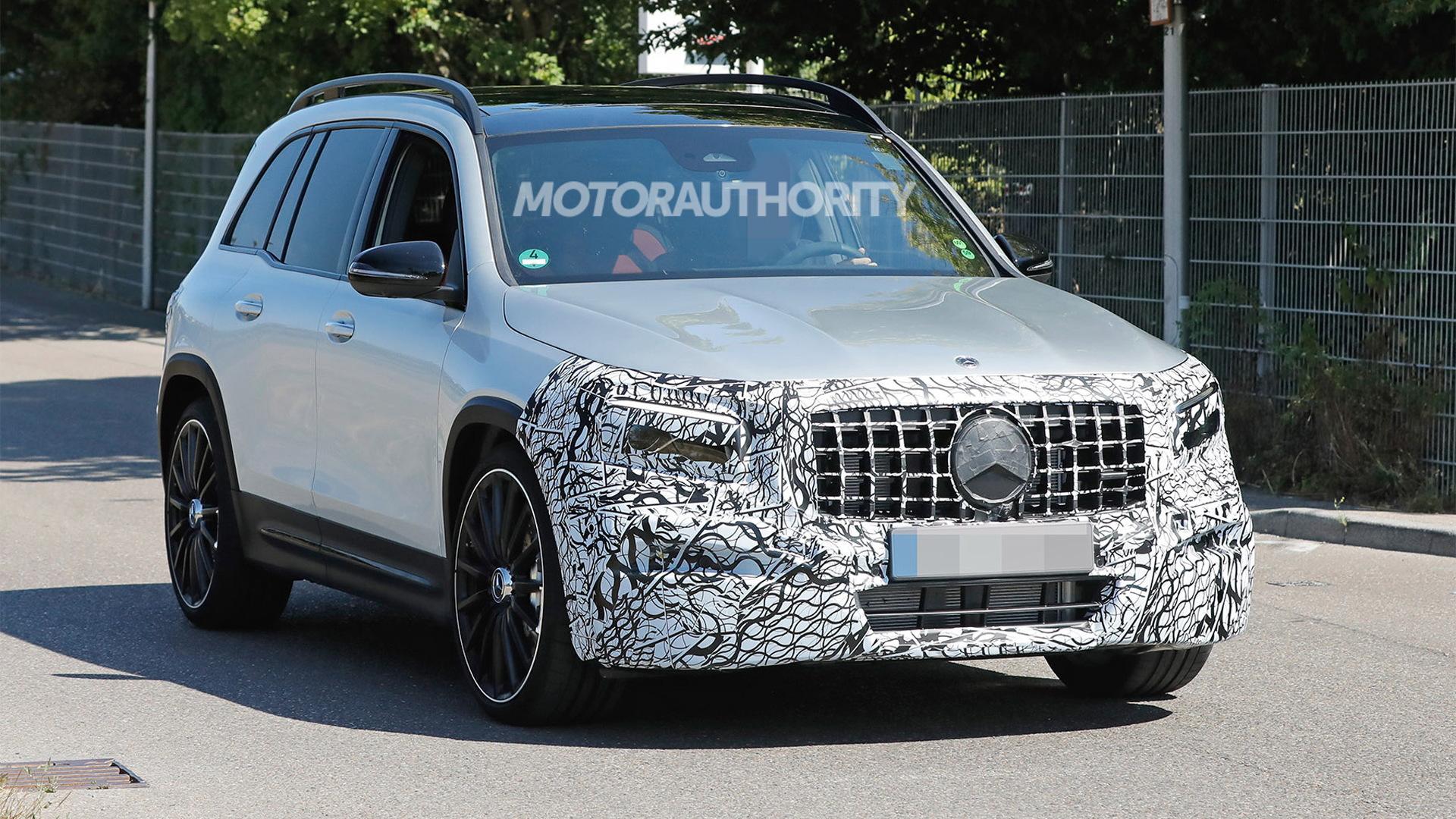 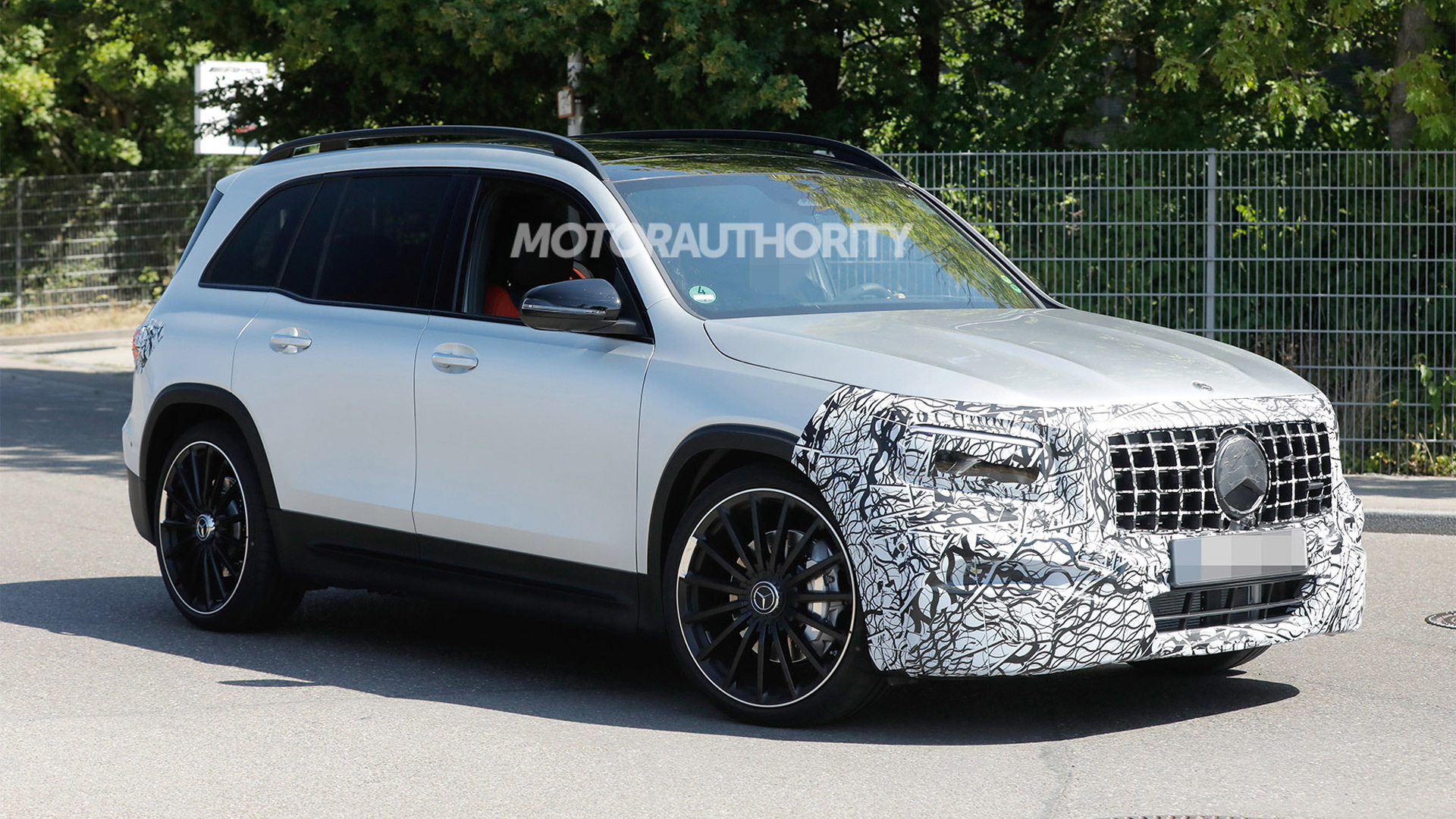 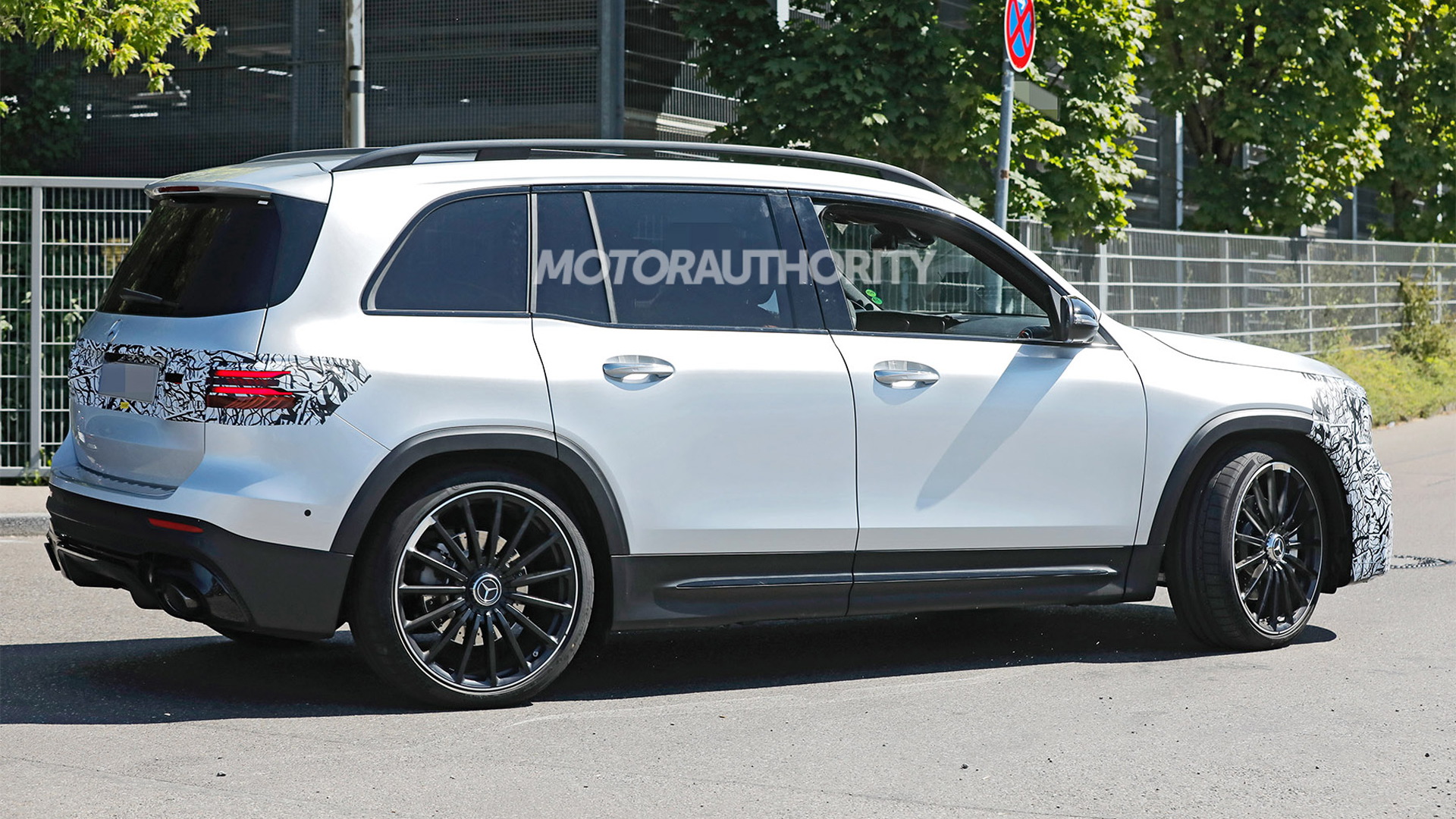 The Mercedes-Benz AMG GLB 35 is about to come in for an update, as indicated by the recent sighting of a camouflaged prototype vehicle.

Mercedes is in the process of updating its entire compact range, starting with the A-Class, which will be dropped from the U.S. lineup once the updated version is launched, likely around the end of the year.

The updated GLB-Class should arrive in the second half of 2023, likely as a 2024 model. Expect the AMG versions (GLB 35 and GLB 45) to arrive about the same time.

We've previously spotted a prototype for the updated GLB-Class, and prototypes for the range-topping GLB 45 should also be out and about.

The GLB 35 prototype is only lightly camouflaged, which makes sense for an update. There appears to be a revised grille and fascia up front, plus tweaks to the internals of the lights at both ends.

We can't spot the interior, but some mild tweaks are expected here as well. We may see a new steering wheel design, plus a revised center console with the current model's track pad replaced by simpler controls.

It isn't clear what AMG has planned for the powertrain, but extra power is possible. The GLB 35 is currently powered by a 2.0-liter turbo-4 rated at 302 hp. It's possible this updated version gains a mild-hybrid setup or possibly even a Formula 1-style electrified turbocharger, something already introduced in AMG's latest C 43. The C 43's 2.0-liter engine spits out 402 hp, and the same engine may be dialed as high as 442 hp for AMG's updated 45-series, including the updated GLB 45.

The rest of the GLB 35 package should remain the same following the update, meaning a standard 7-speed dual-clutch automatic, as well as all-wheel drive with a maximum 50/50 torque split.