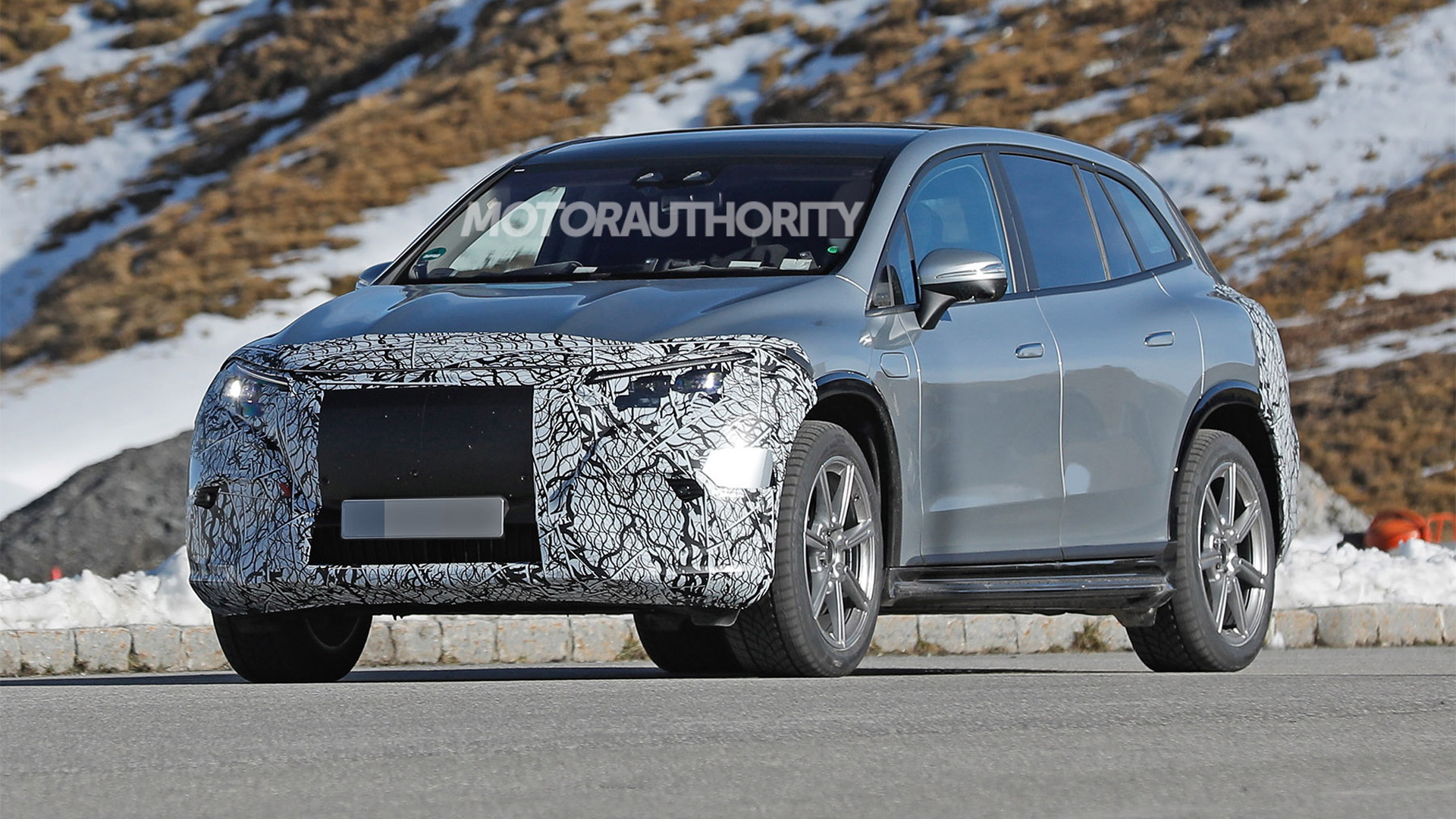 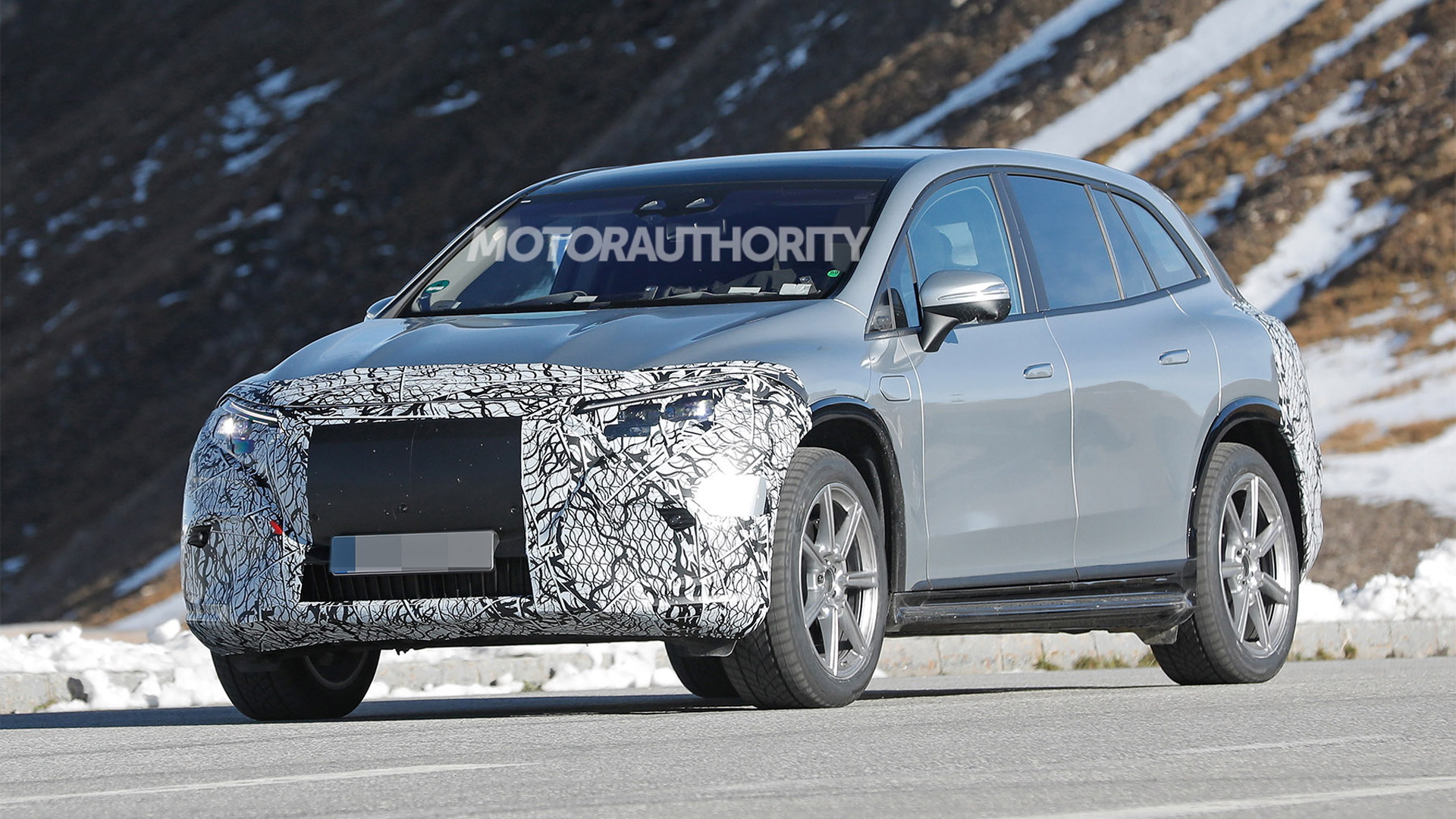 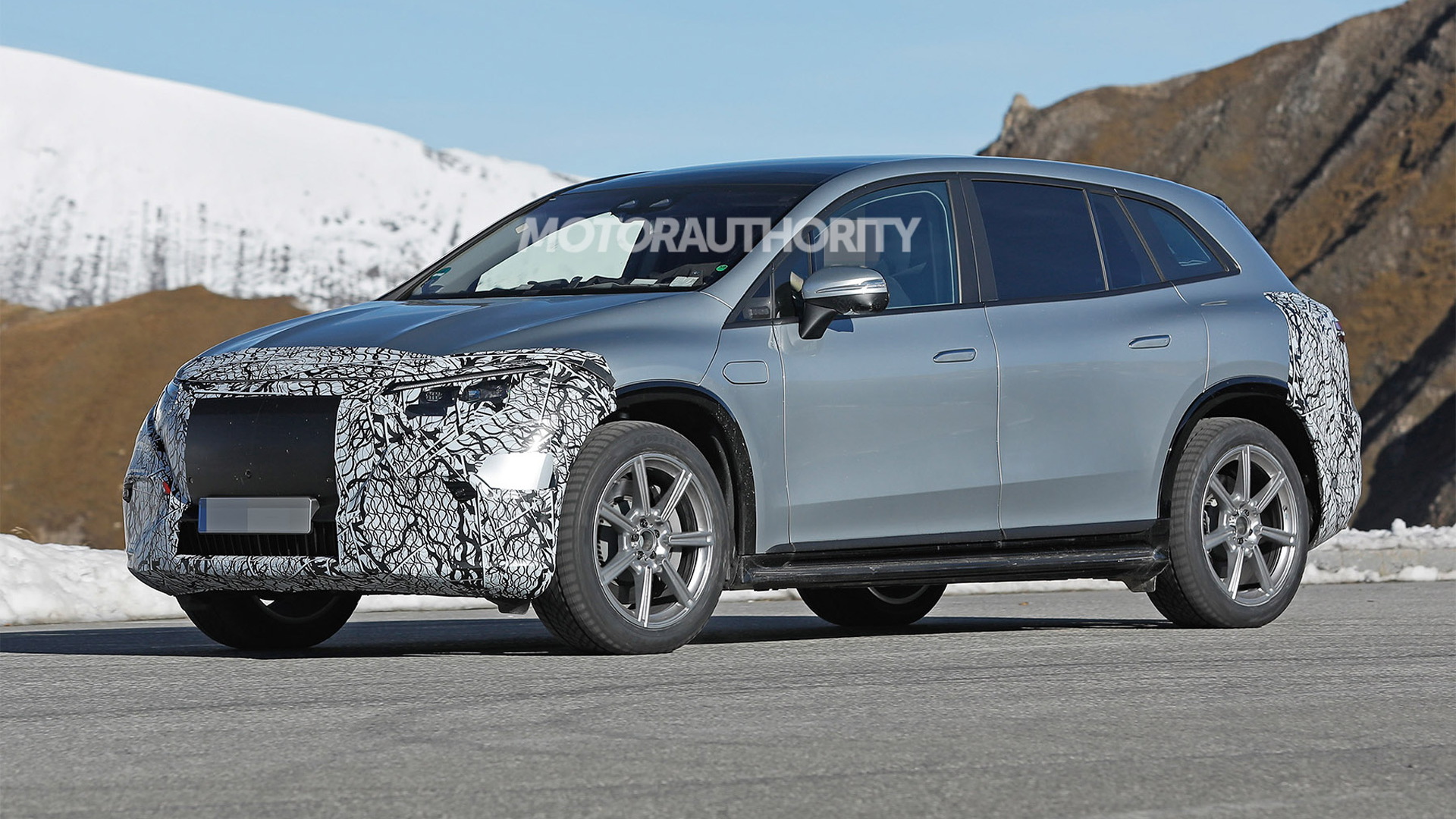 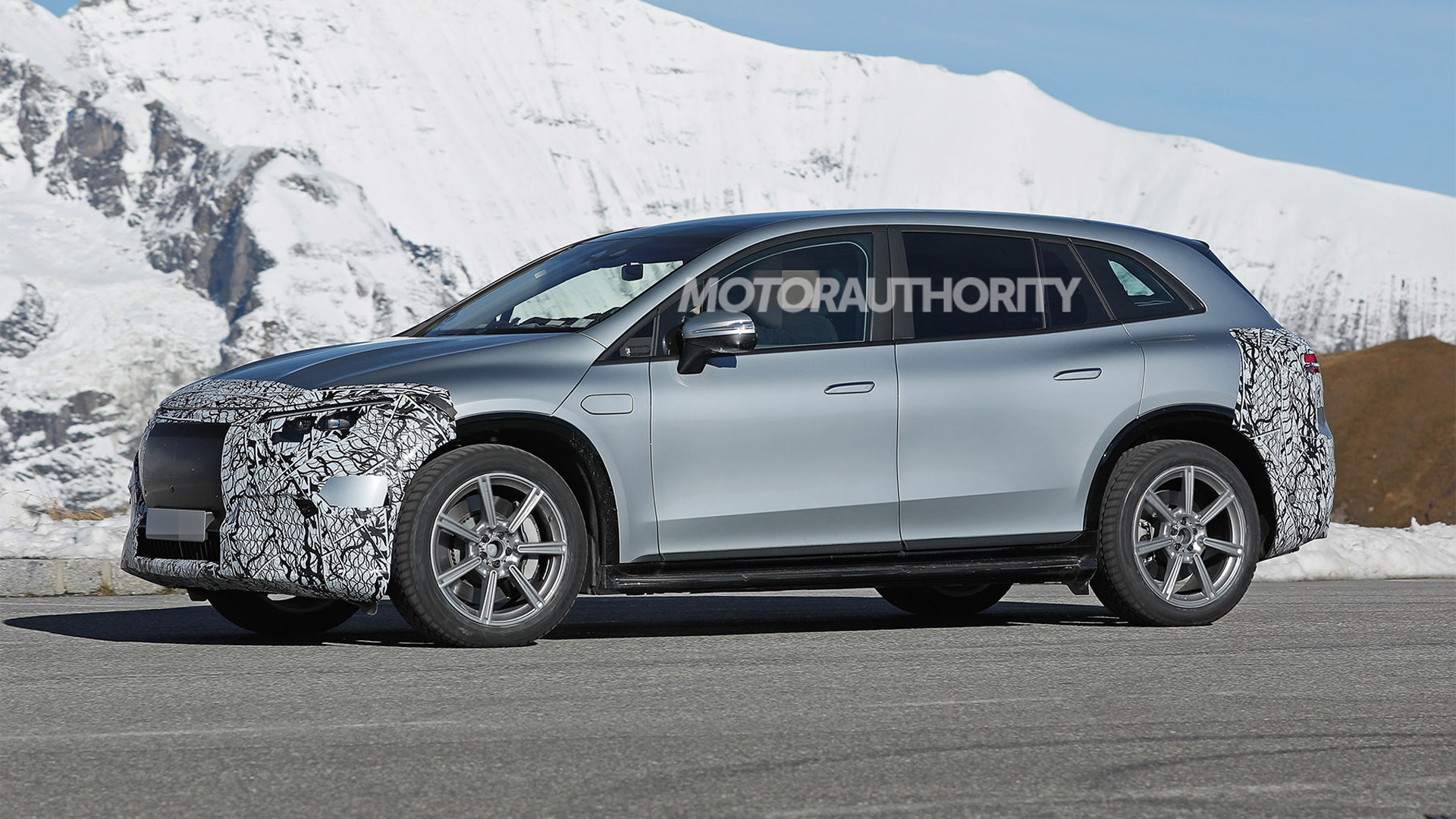 Mercedes-Benz is developing a Maybach-enhanced version of the new 2023 EQS SUV, and a prototype has just been spotted.

The reveal should take place in 2023 meaning the full-size Maybach EQS SUV will likely land at dealerships as a 2024 model. It will be the ultra-luxury sub-brand's first electric vehicle.

The prototype lacks many of the exterior details that typically define a Maybach, like the flashy wheels, extra chrome, and unique badging, though we can spot part of Maybach's signature pinstripe suit-inspired grille pattern on the lower section of the front fascia. This section has more of an egg-crate design on the regular EQS SUV.

Maybach already previewed the design with the a concept last fall. In addition to the pinstripe grille, the concept featured a two-tone paint job, an option that will likely be offered on the production model. The concept also featured two rows of seats (the regular EQS SUV has an available third row) with two individual seats in the second row, making the vehicle a four-seater. This might be offered as a special option, which would be especially popular in the Chinese market where having a personal driver is not uncommon.

Up front will sit Mercedes' 56.0-inch Hyperscreen control interface, which combines multiple screens into a single unit. Expect unique Maybach graphics for the screen, and it may also get a better sound system than the already impressive Dolby Atmos system offered in the regular EQS SUV.

Performance upgrades like more power and range may also feature in the Maybach EQS SUV. The regular EQS SUV tops out with the EQS 580 grade, which packs a dual-motor all-wheel-drive system good for 536 hp and 633 lb-ft of torque. The sole battery announced for the EQS SUV is a 107.8-kwh unit estimated to deliver up to 300 miles on a charge.

A Maybach version of the EQS hatchback may also be coming at some point.

Since its 2014 reboot, Maybach has been positioned as a sub-brand selling more luxurious versions of existing Mercedes products. There's still a goal to launch standalone Maybachs—the last were the ill-fated 57 and 62 sedans that went out of production in 2012—and the flexibility of EV platforms could just be the ticket. Smooth, silent electric propulsion would be a natural fit for a brand like Maybach.

Before we see another Maybach EV, the sub-brand is likely to launch its take on the latest SL convertible. A concept was teased in May and should be shown later this year. An updated Maybach GLS-Class is also in the works.