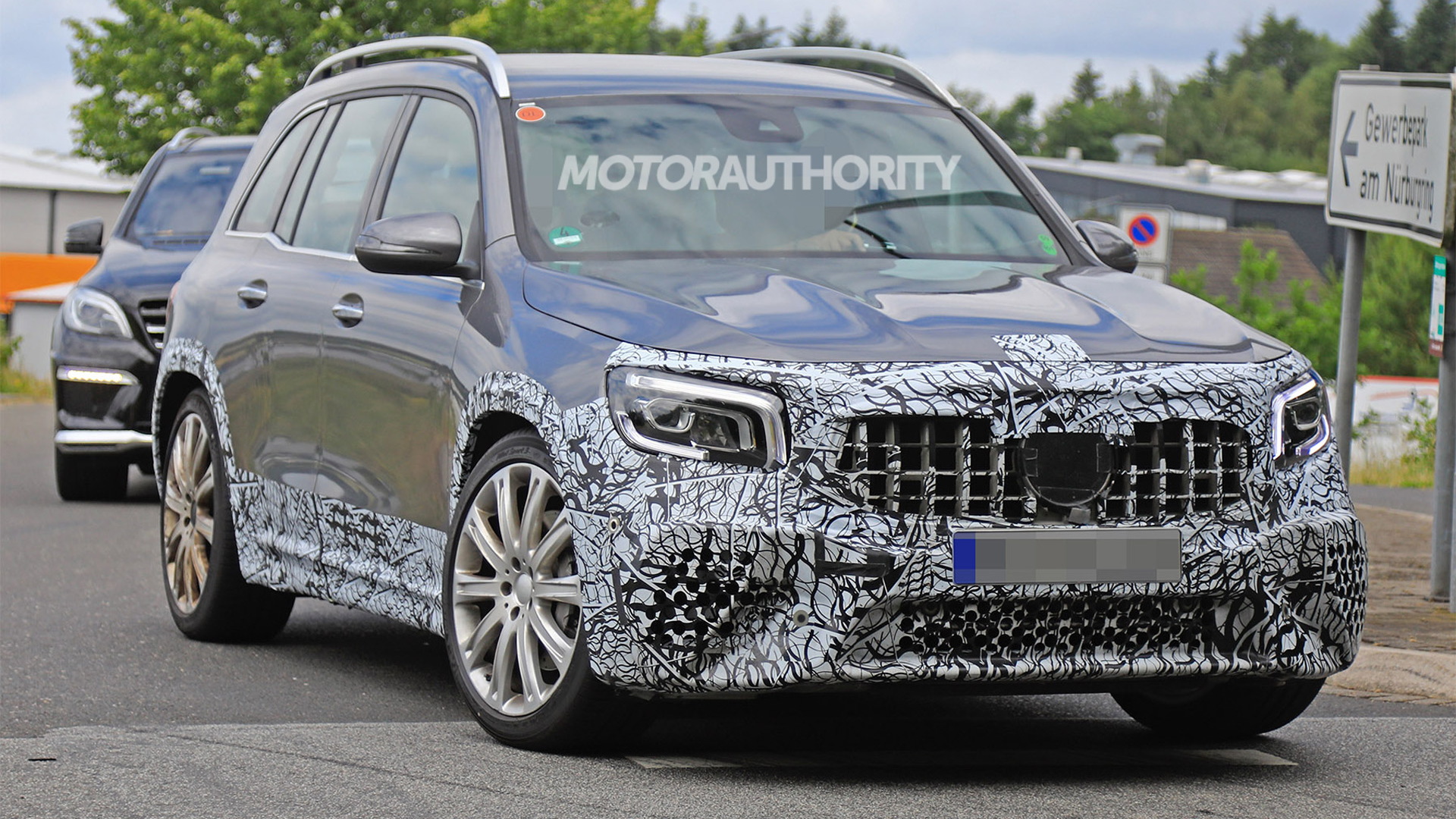 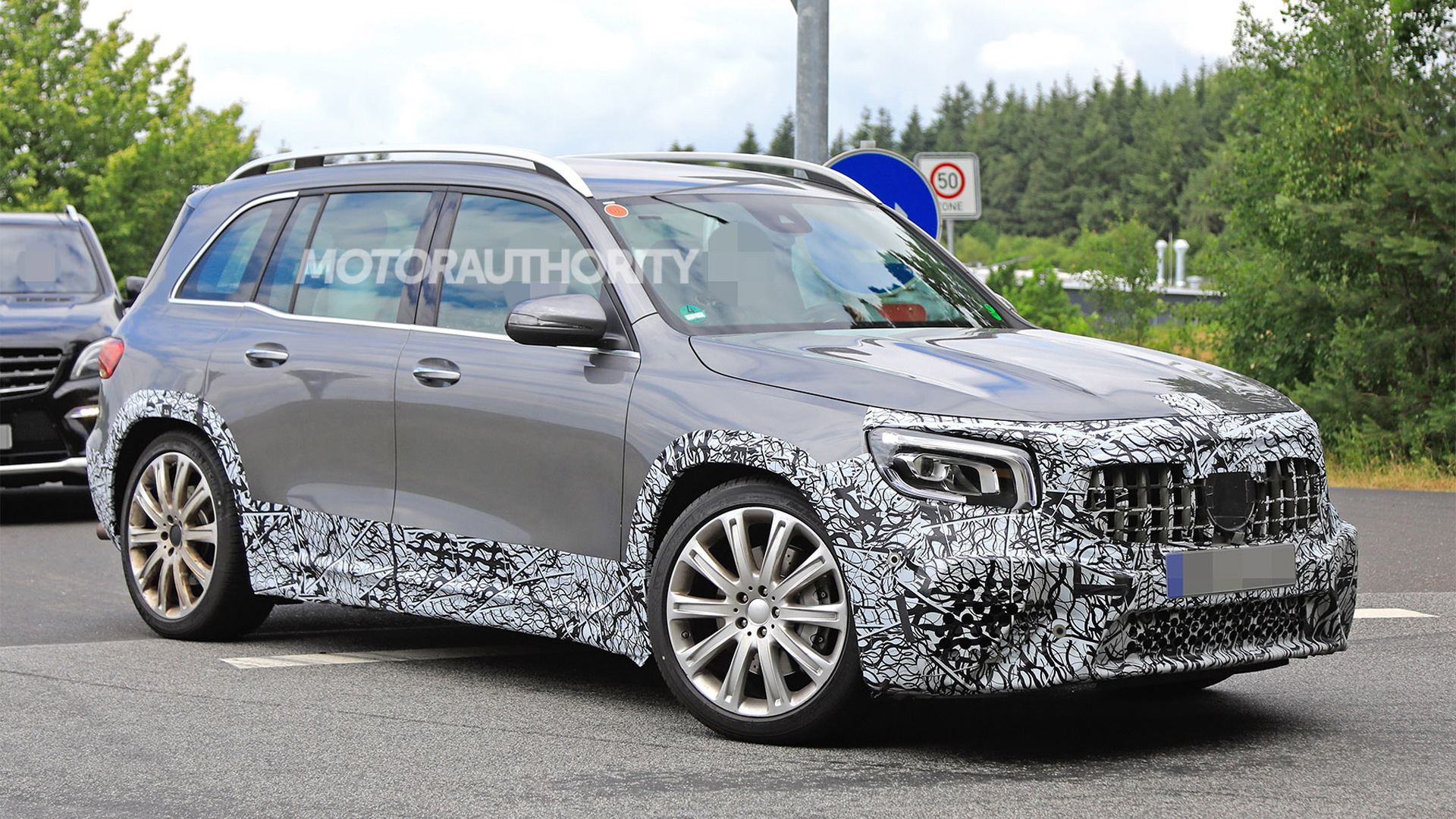 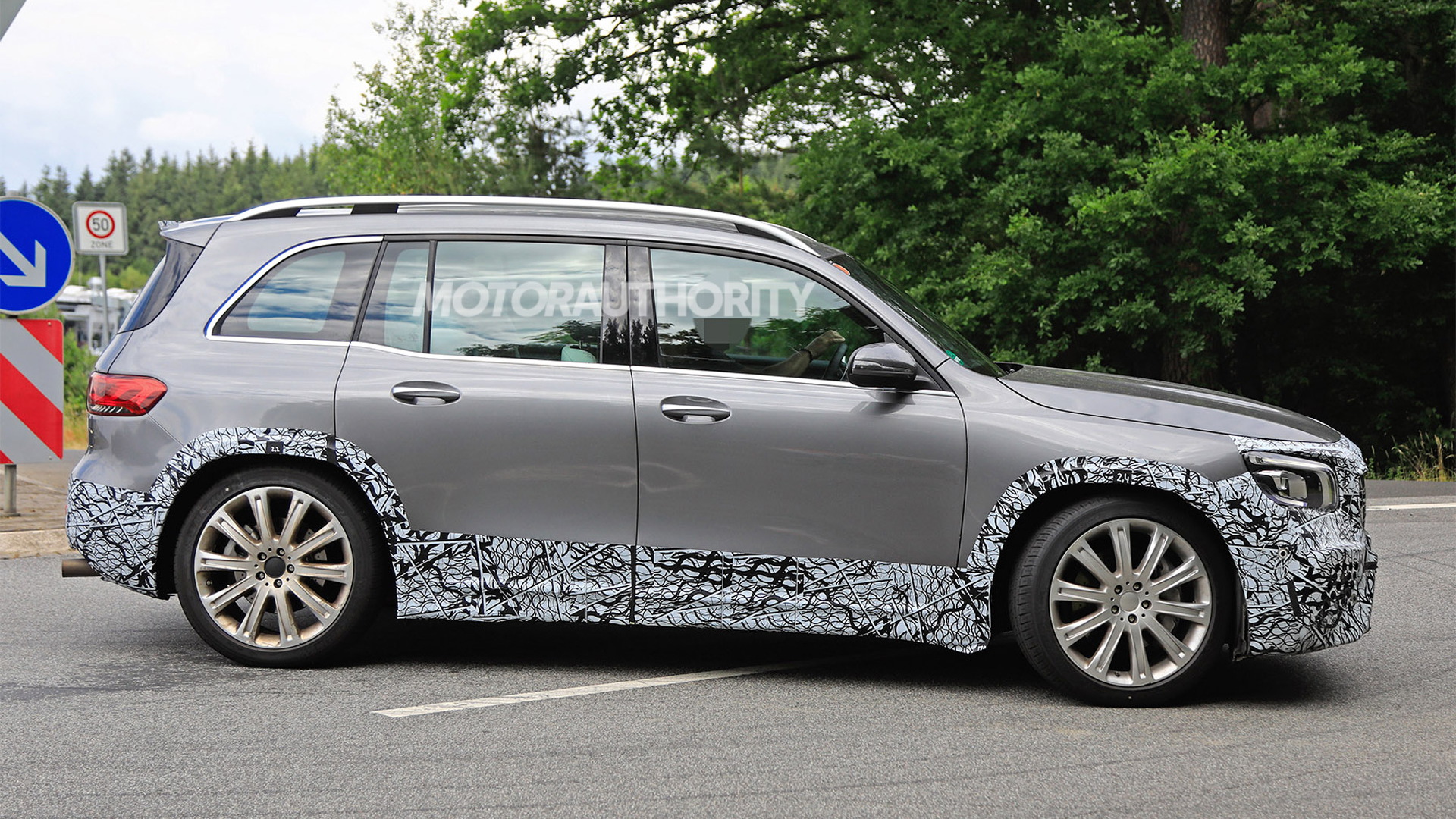 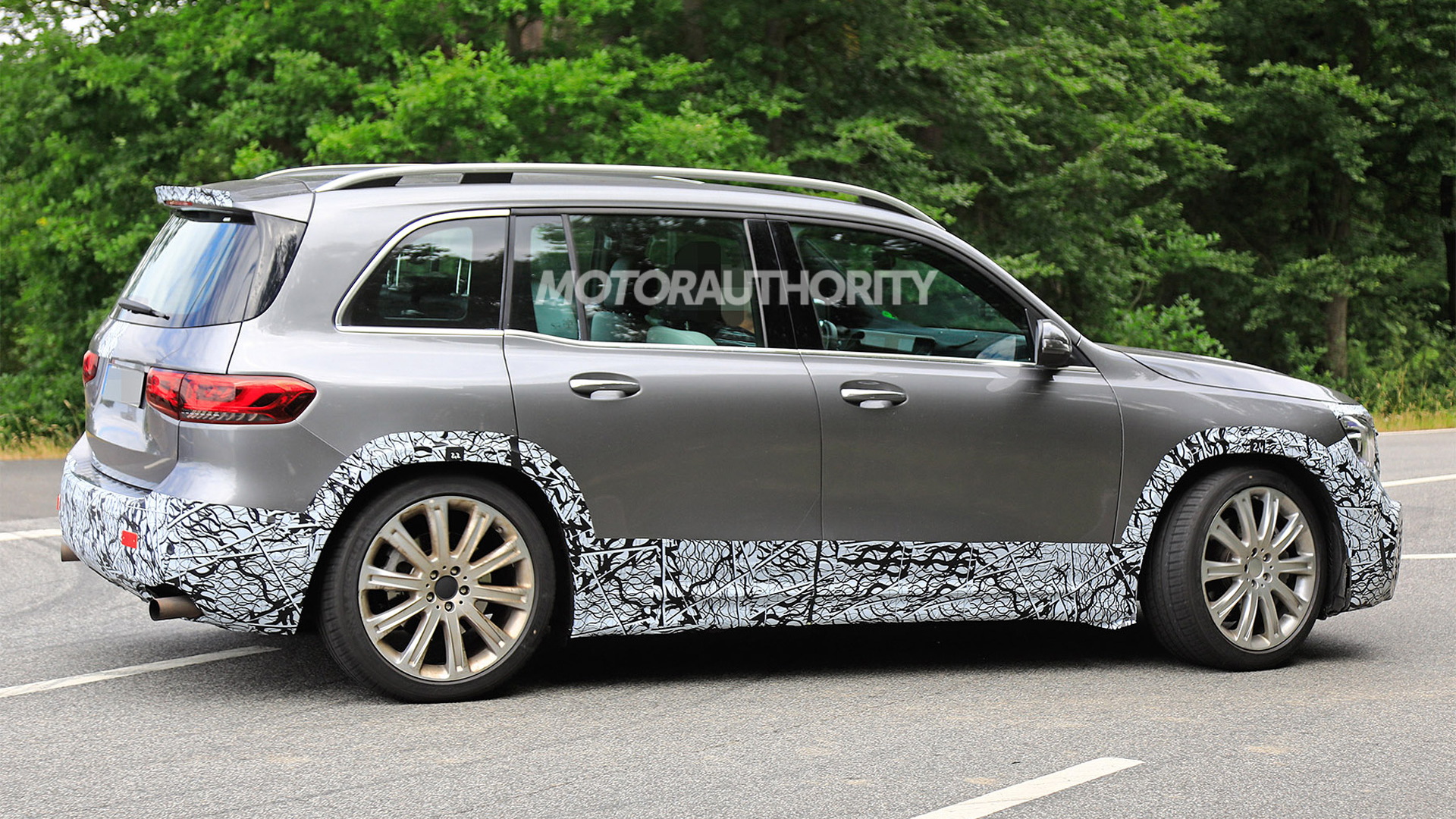 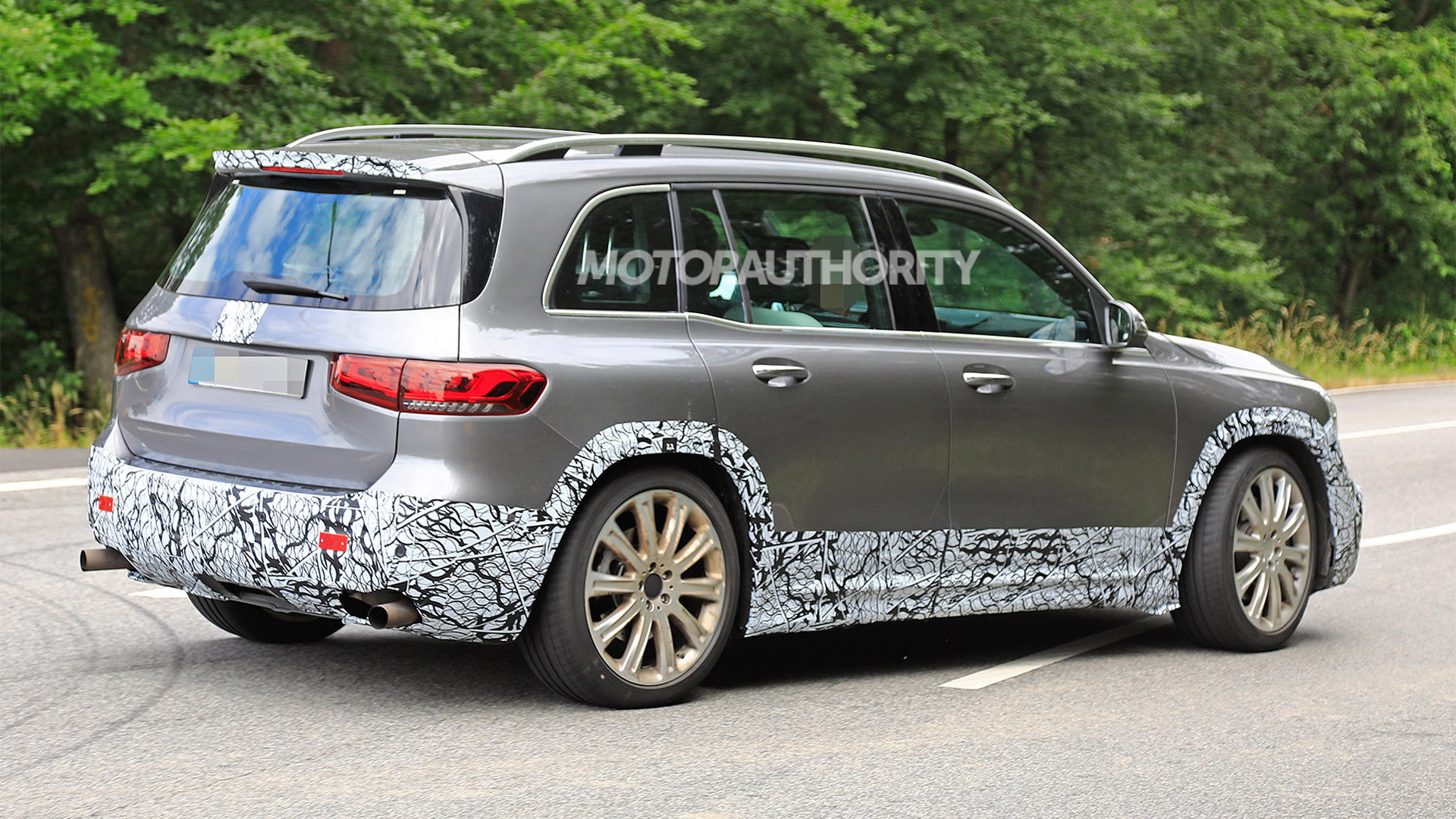 Mercedes-Benz unveiled the rugged-looking GLB-Class compact crossover SUV in June and has since followed it up with the sporty GLB35 from Mercedes-AMG. However, the version we're most interested in is still being developed.

We're talking about the AMG GLB45, a prototype for which has been spotted again. Like the GLB35, the GLB45 will feature a 2.0-liter turbocharged inline-4 but with output rising as high as 416 horsepower. The GLB35 tops out at 302 hp.

AMG in June revealed the new engine that will power its redesigned 45 series of cars, which so far includes an A45 hatch, CLA45 sedan, and CLA45 Shooting Brake wagon. The engine powering them is a newly developed 2.0-liter turbocharged inline-4 tuned to deliver outputs of 382 and 416 horsepower. The outputs correspond to a standard 45 model and spicier 45 S model, respectively.

The 416-hp output makes the redesigned 45 series, including the GLB45 S, the most powerful in the compact class. Previously, the title went to Audi with its RS 3 which is rated at 400 hp. 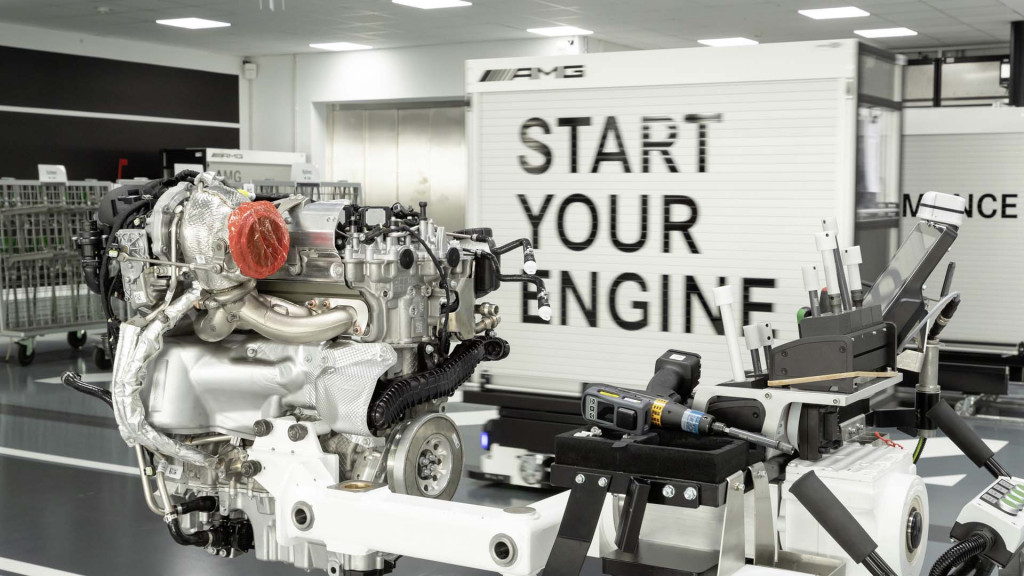 Beyond the more potent powerplant, the 45-series cars benefit from an 8-speed dual-clutch transmission, rear-biased all-wheel drive, and drift mode. One of the performance targets for the GLB45 is a 0-60 mph time of under 4.0 seconds. Top speed will likely be capped at 155 mph in the standard GLB45 and 167 mph in the S model.

As we saw in the A45 and CLA45 models, a number of internal mods will help stiffen up the body shell. The suspension will also be worked over to handle the extra power, including the rear setup being rigidly connected to the body via a rear axle carrier. AMG should also offer an adaptive damping system with three modes ranging from comfort to high-performance. 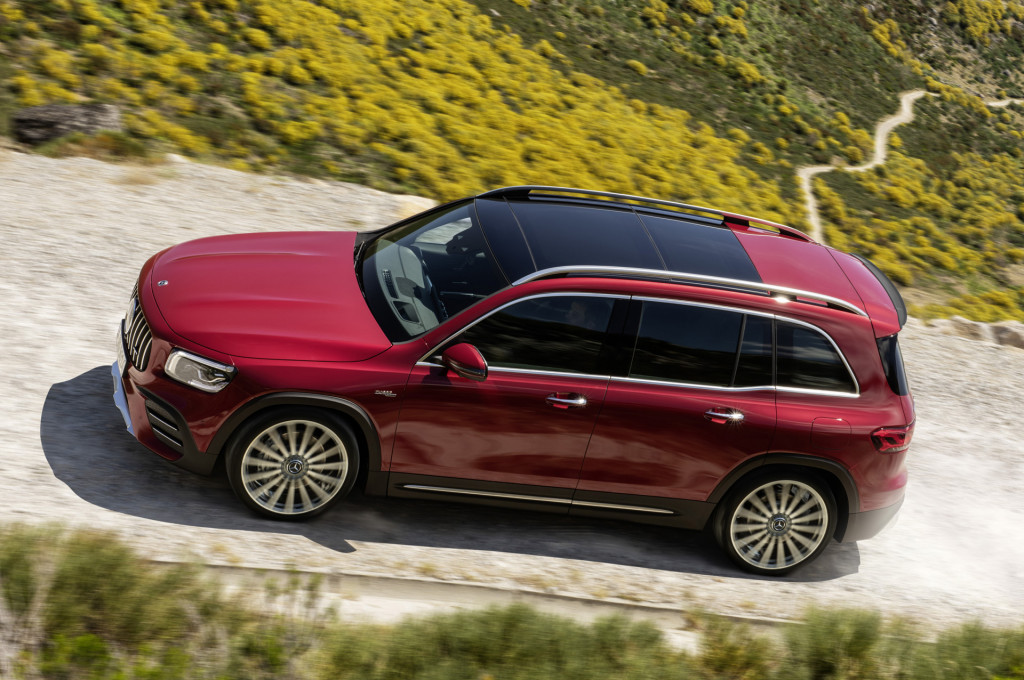 Inside, unique AMG touches will include the Affalterbach tuner's own screens in the digital instrument cluster, as well as the Track Pace performance data logger. The latter can record and measure more than 80 data points, including speed, acceleration, G-forces, and more. It also records lap and sector times, which are displayed in the infotainment system.

The standard GLB reaches dealerships later this year as a 2020 model. The GLB35 has been confirmed to arrive in late 2020 as a 2021 model. That's also likely to be when we see the GLB45 arrive.