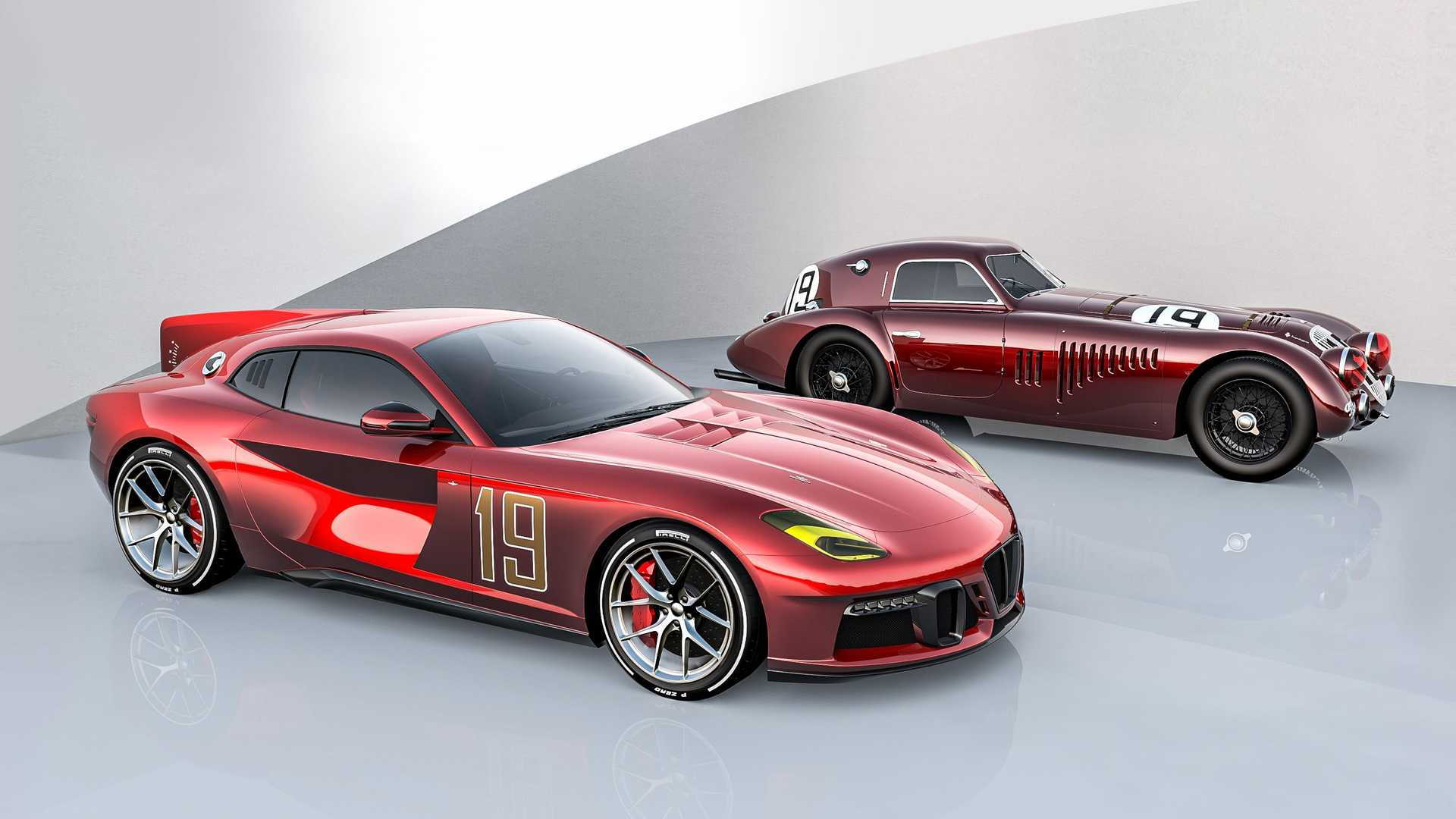 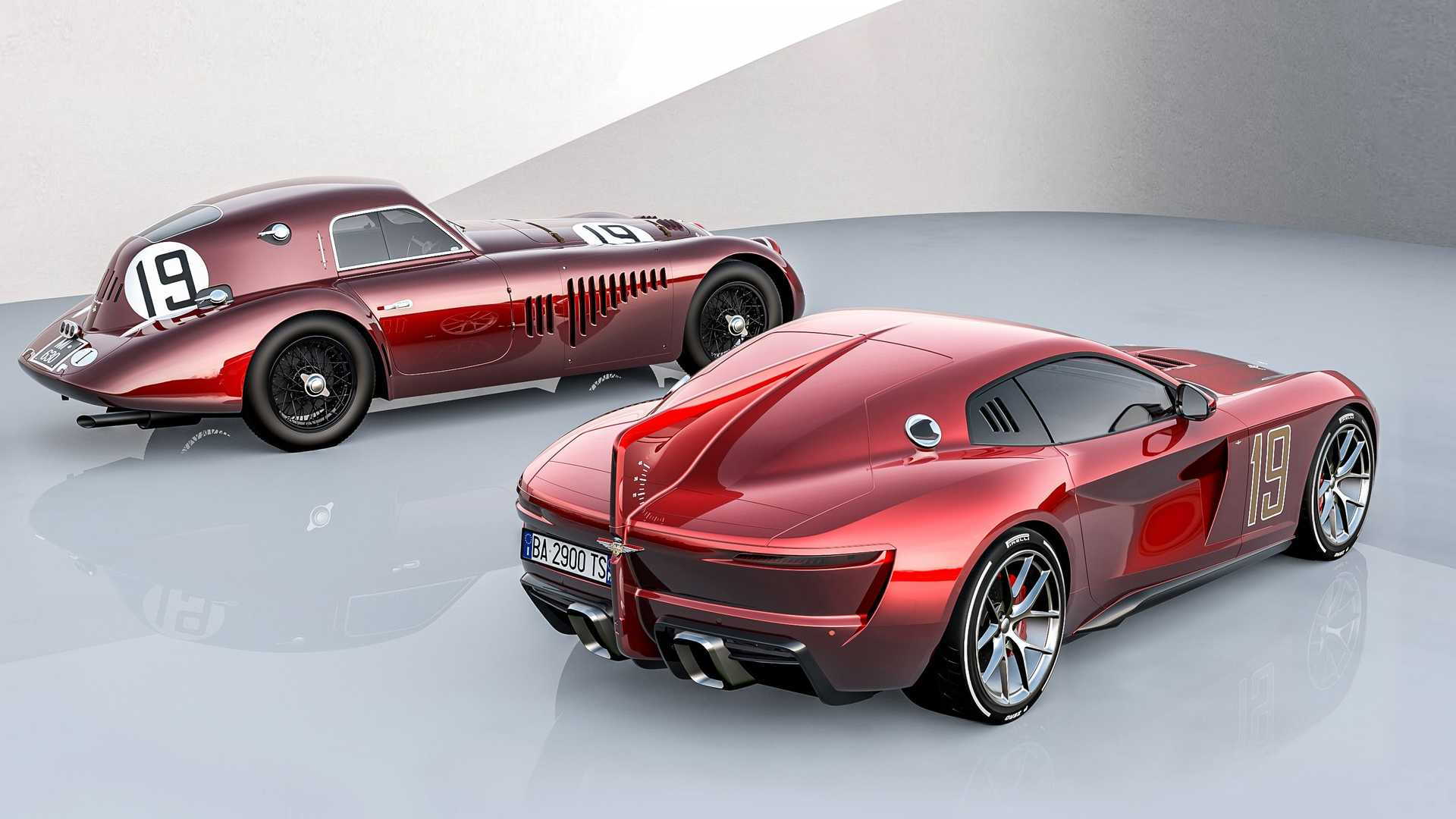 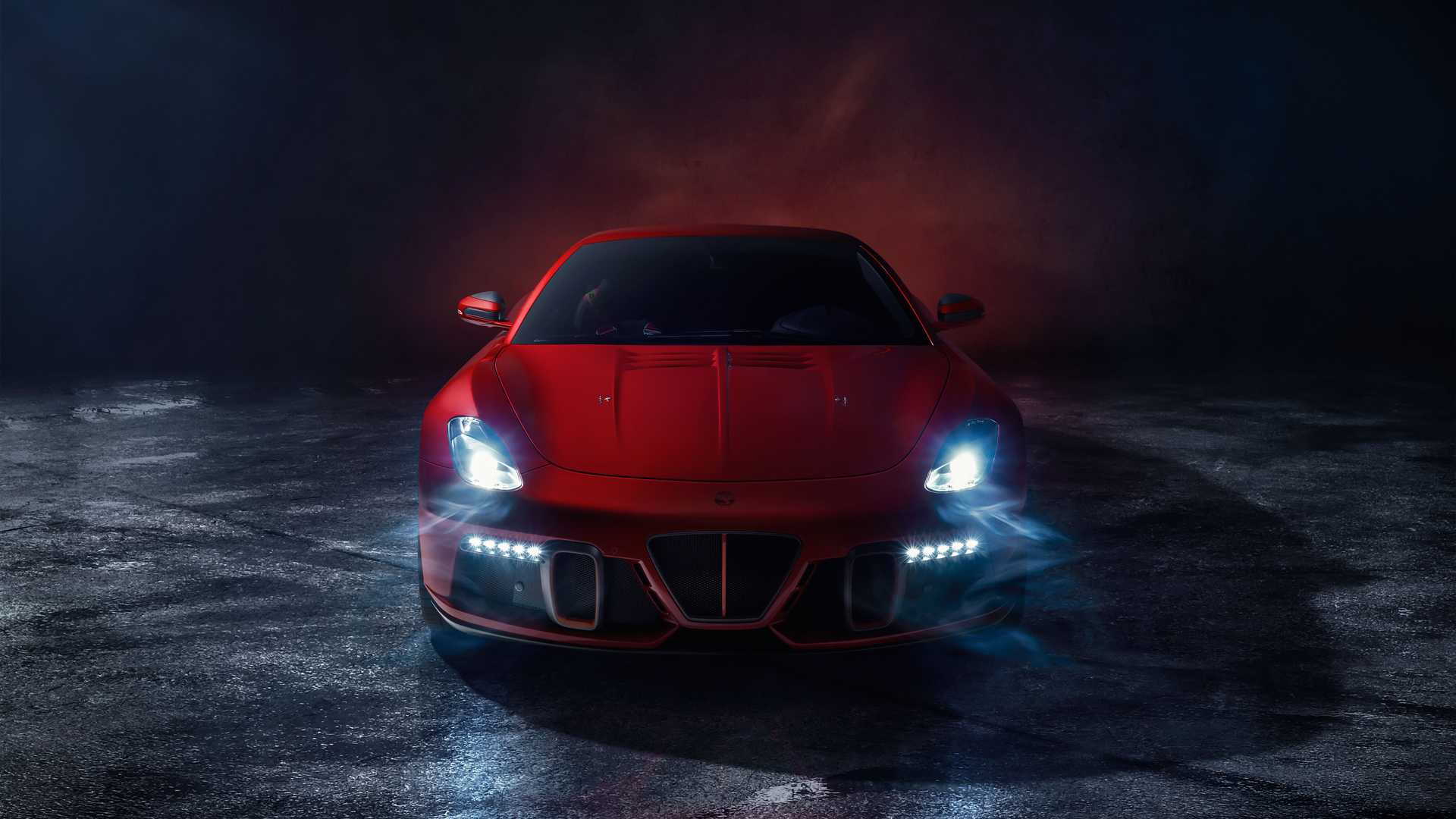 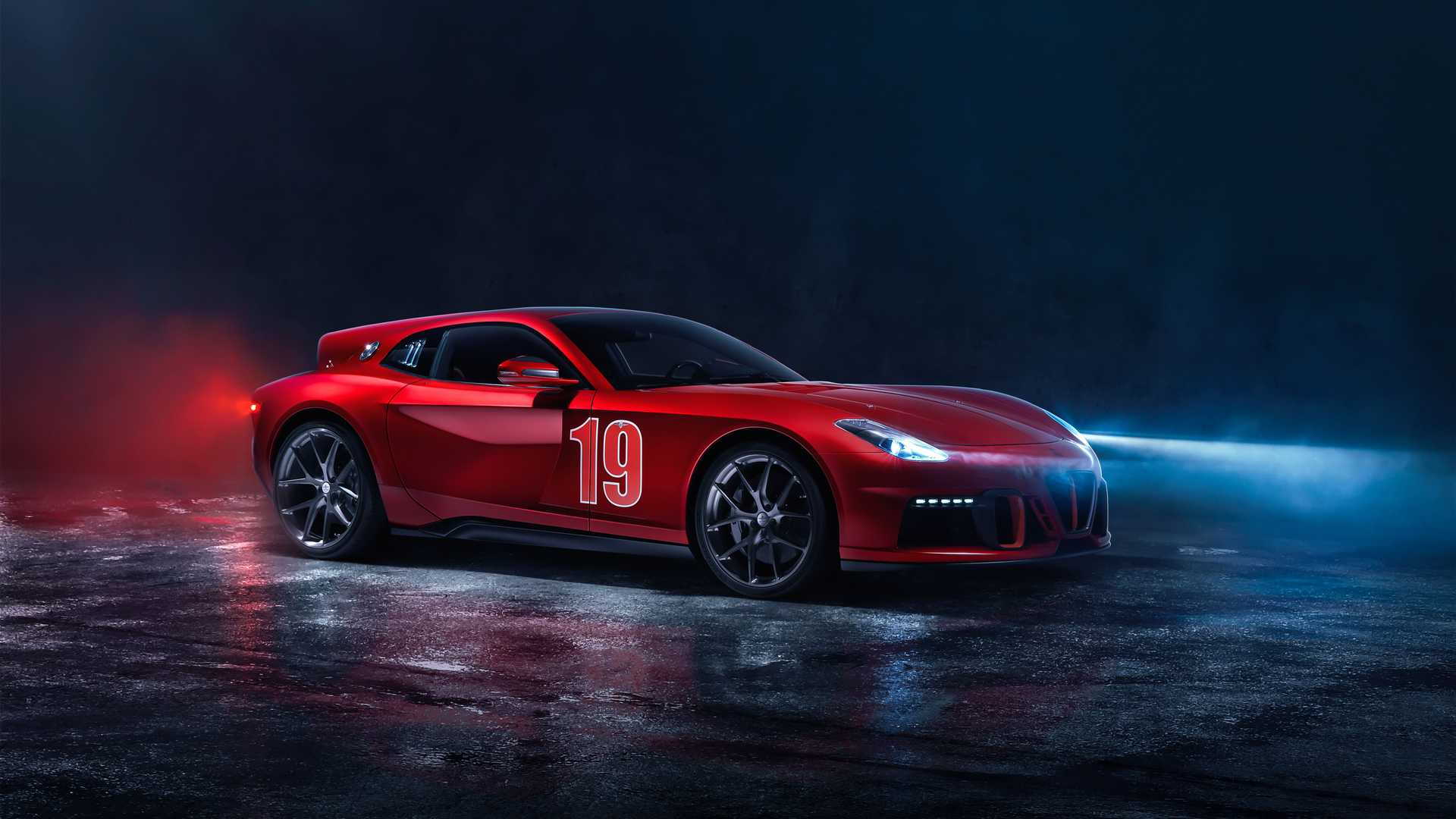 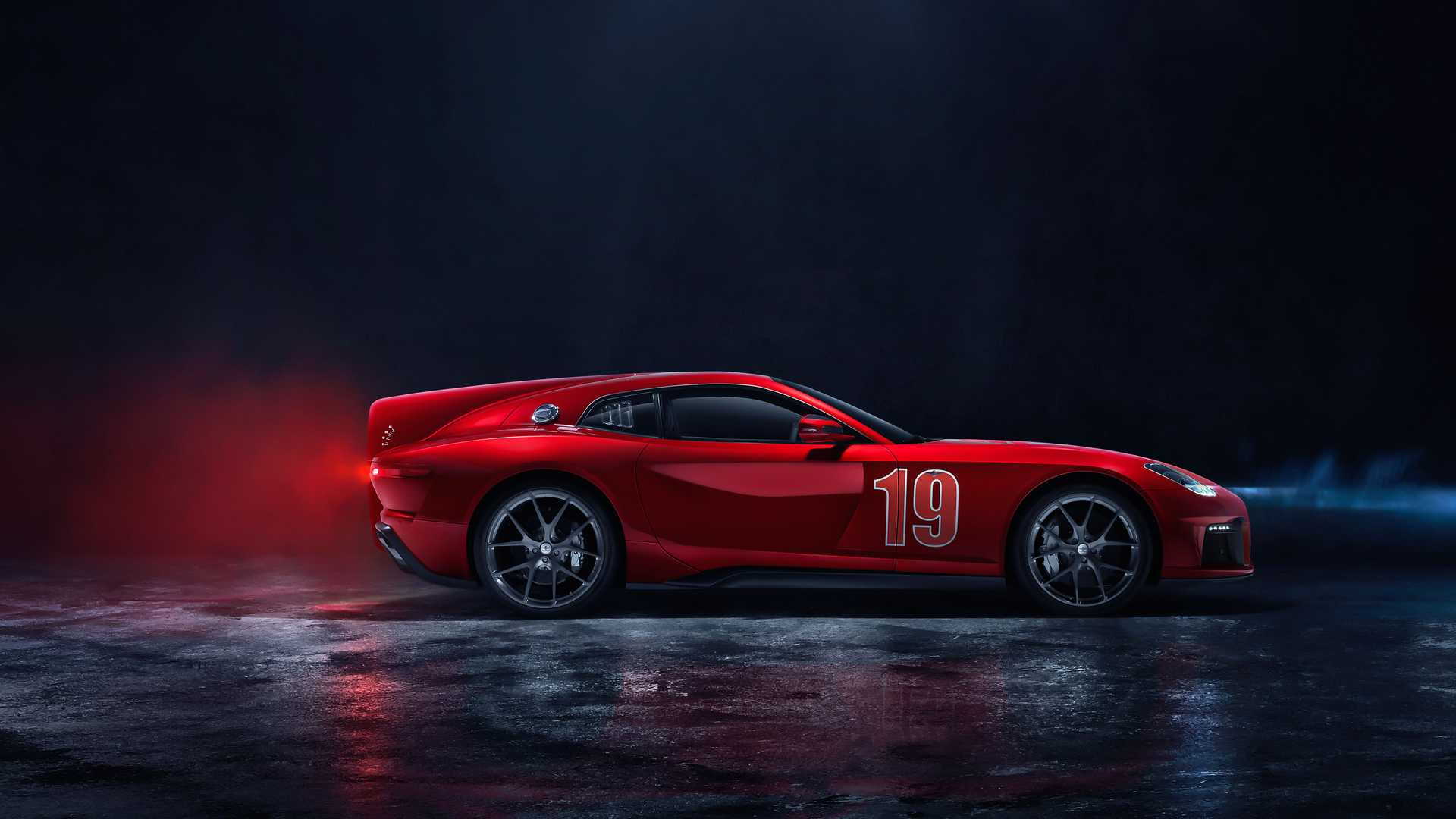 Italian coachbuilder Touring Superleggera has revealed the latest in its line of bespoke creations.

Unveiled on Monday, the new car is called the Aero 3, and it takes its inspiration from the Alfa Romeo 8C 2900B Speciale tipo race car that ran at the 1938 24 Hours of Le Mans, another of Touring's designs. The striking racer led for a significant portion of the race but ultimately retired due to engine trouble.

The Aero 3 does an impressive job of replicating the wide rear haunches of the classic racer that inspired it, while sticking to sweeping, well-defined curves which is a trademark of Touring's designs. No surprise then that some lines appear to mimic Touring's Alfa Romeo 8C-based Disco Volante from 2013. That's not a bad thing.

For the Aero 3, the designers added a fin instead of the wider teardrop shape of the 8C 2900B Speciale. They also went with carbon fiber for most of the body work, to help get the weight down as much as possible.

The show car is finished in a striking shade of red known as Stratosphere Red. The same color flows into the interior where it's off-set against some polished aluminum, bare carbon fiber, and black accents. Foglizzo leather is used to line the seats which also feature harnesses from Sabelt.

No changes have been made to the mechanicals. This means a 6.3-liter V-12 sits up front and generates 729 horsepower and 508 pound-feet of torque. The engine is mated to a 7-speed dual-clutch transmission and spins the rear wheels only.

Touring will formally present the Aero 3 at the Salon Privé Concours d'Elegance running September 22-26 in Oxfordshire, United Kingdom. Only 15 will be made and build slots are still available. Touring said the delivery time is about six months after receipt of the donor F12.

Touring only in April announced its entry in the United States, so there's the possibility we'll see the Aero 3 offered to customers here. Touring's first model to be offered locally is the Maserati GranTurismo-based Sciadipersia that debuted in 2018.