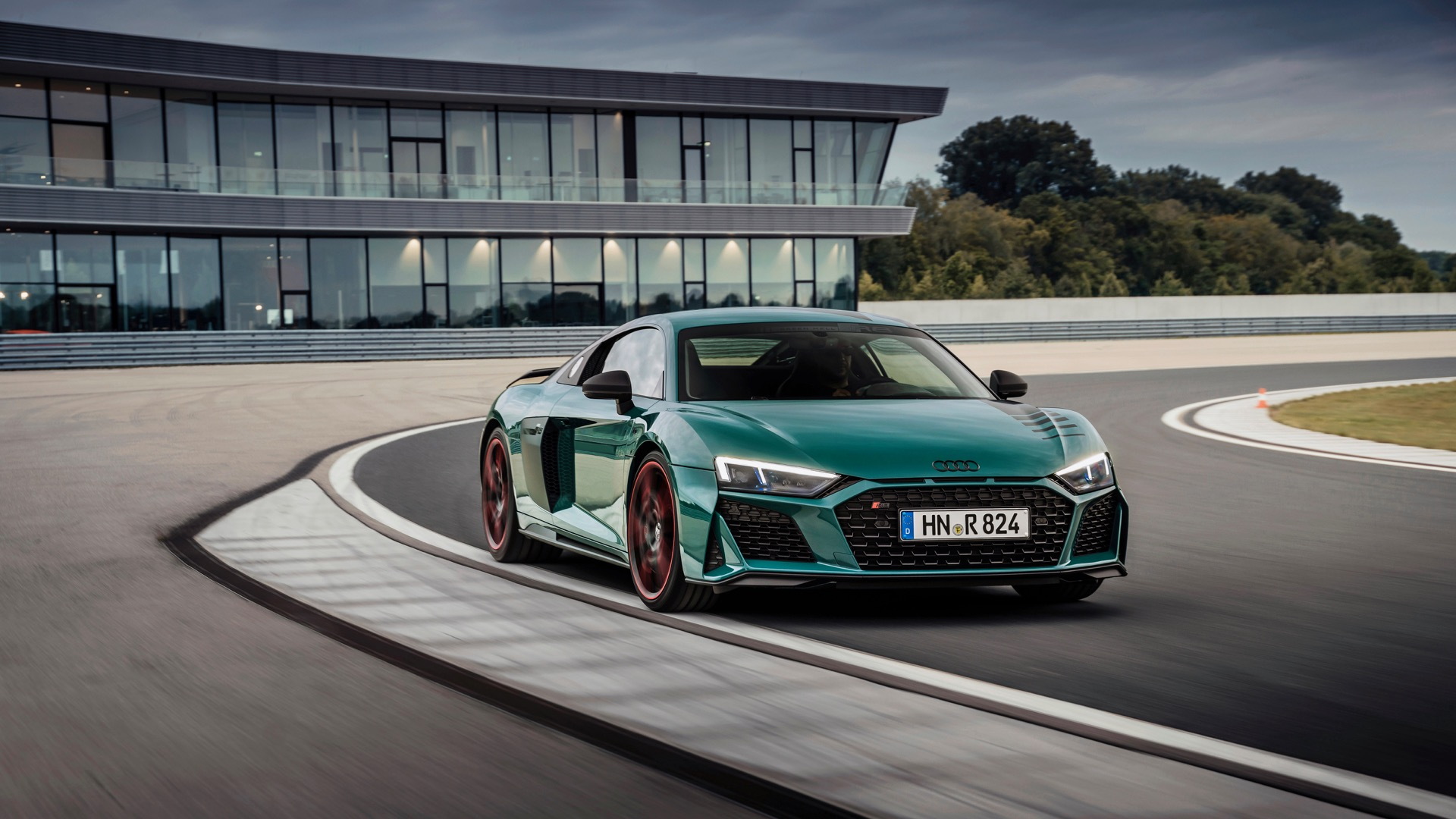 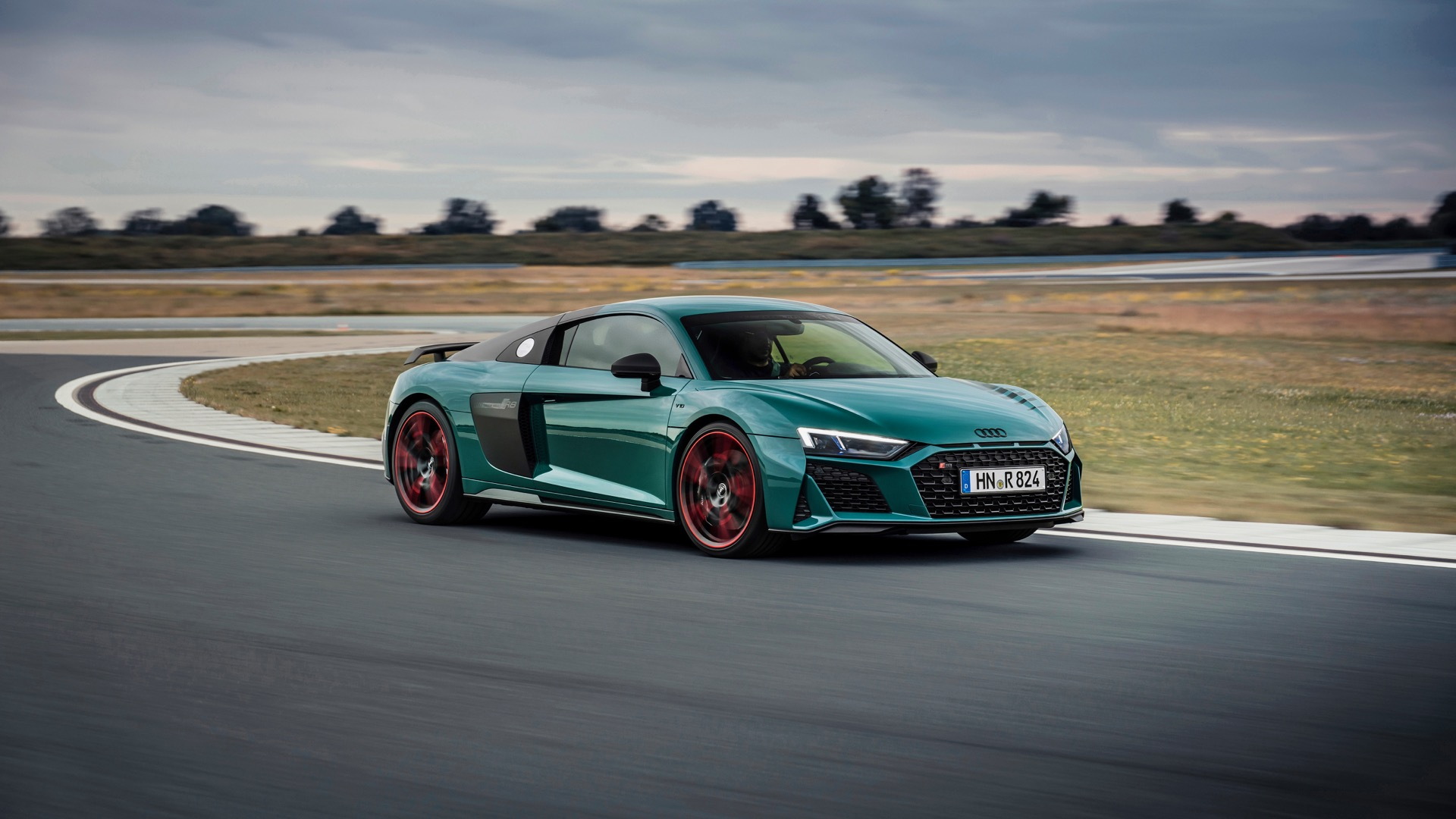 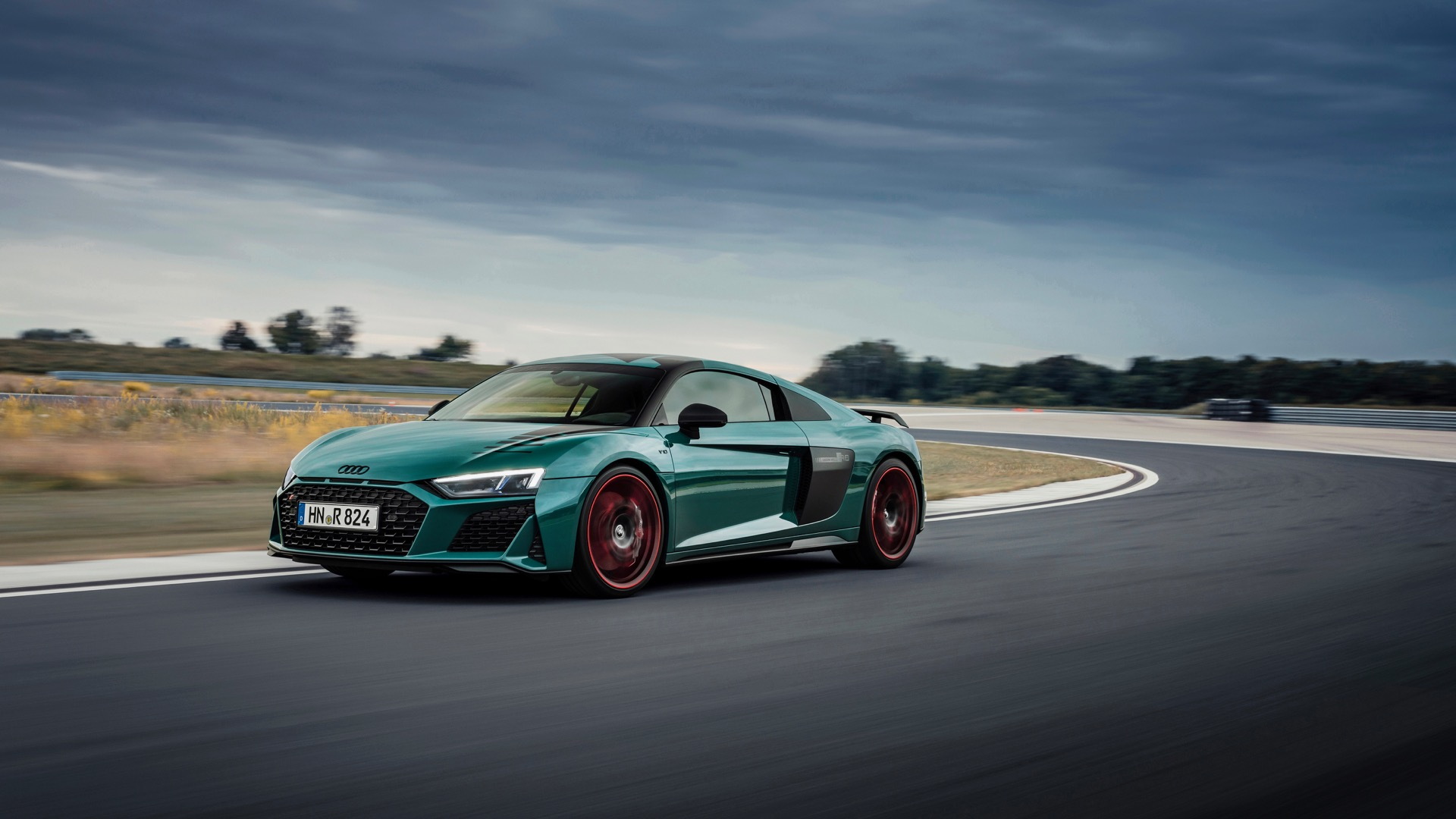 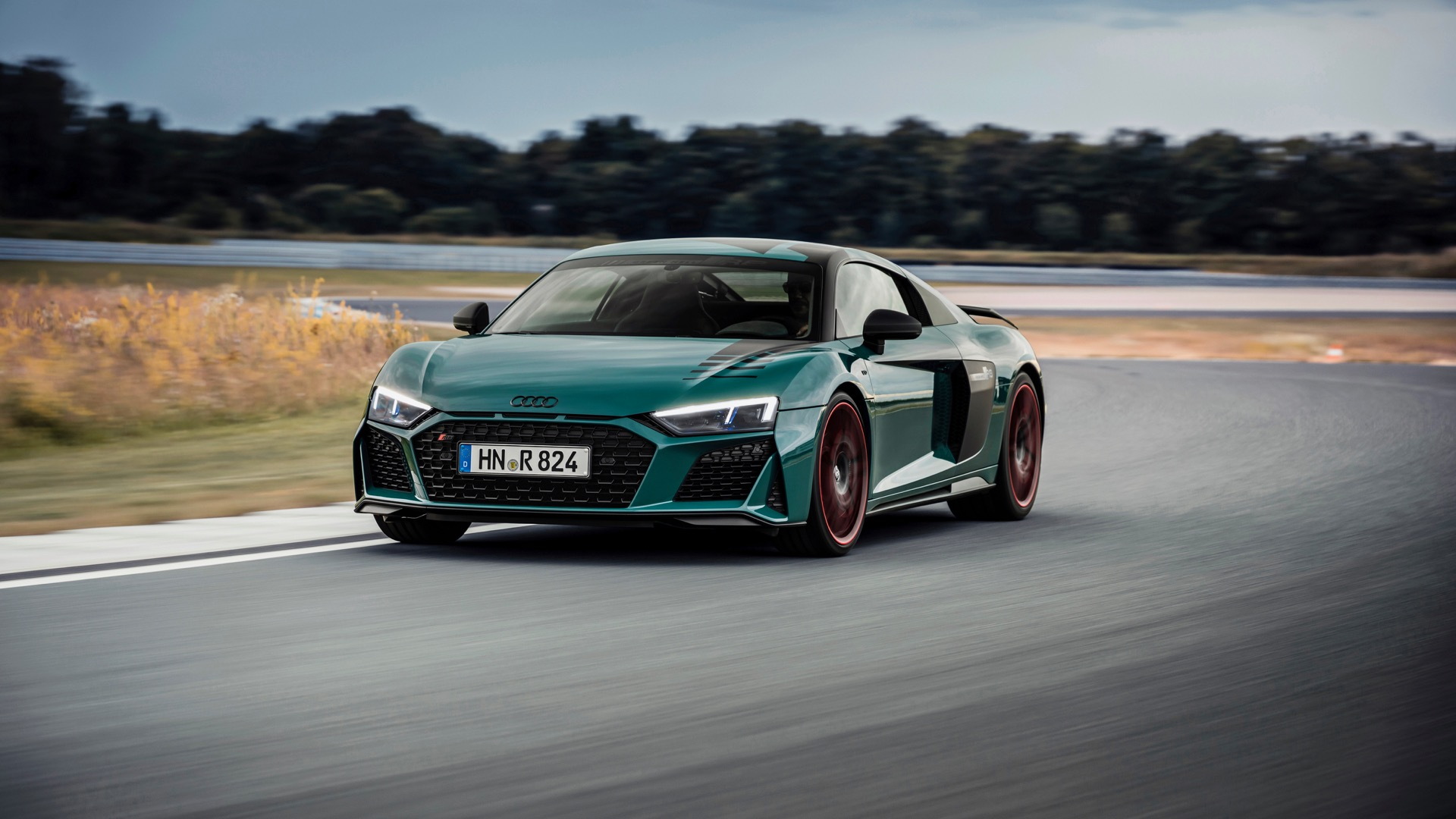 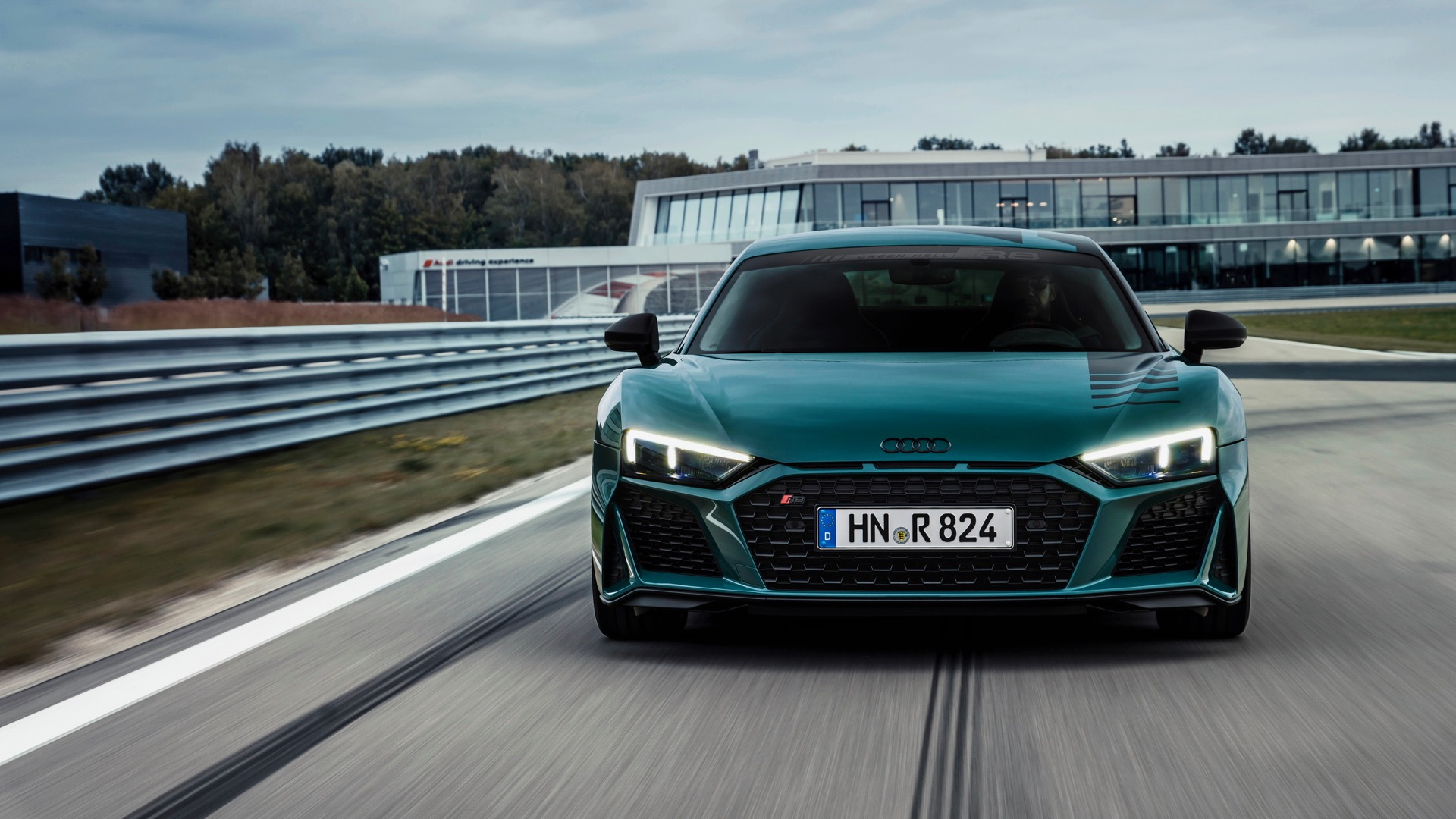 A motorsports-inspired Audi R8 special edition is coming, but we won't get it in the U.S. Audi announced the R8 Green Hell Edition on Tuesday to celebrate the brand's racing success.

The Green Hell moniker comes from the nickname of Germany's Nürburgring racetrack, but the car isn't just a tribute to the track. Audi has won the Nürburgring 24-hour race five times since 2012 with its R8 LMS race cars, and the Green Hell Edition is a commemoration of that success.

When Audi trademarked the Green Hell name in March, it seemed to indicate the automaker was planning a hardcore, track-focused version of the R8. However, the finished product is a bit milder than expected.

The 5.2-liter V-10, 7-speed dual-clutch transmission, and all-wheel drive system are unchanged from the standard European-spec R8 Performance. That means 611 horsepower, 0-62 mph in 3.1 seconds, and a top speed of 205 mph, according to Audi.

The main differences are cosmetic. The standard color is Tioman Green, but white, gray, and black are available as well. The front hood, A-pillars, roof, and rear fascia get smatterings of matte black foil. The 20-inch wheels are matte black as well, with red detailing.

On the inside, the Green Hell gets Alcantara trim on the seat center panels, steering wheel, instrument-cluster hood, and armrests. Contrast stitching in a blue-green color called Kailash Fern completes the look.

Audi USA spokesman Mark Dahncke confirmed to Motor Authority that the Green Hell R8 won't come to the U.S., saying "there's more come on the R8 in the U.S., but it won't be the Green Hell Edition at this time."

The R8's future is uncertain, however. Multiple reports have indicated that Audi is considering dropping the supercar, as it looks to cut costs and focus on electrification. Audi may bring a rear-wheel drive R8 to the U.S. before that happens, or it may replace the R8 with an electric car or hybrid. As Dahncke suggested, other versions could be in the works as well.