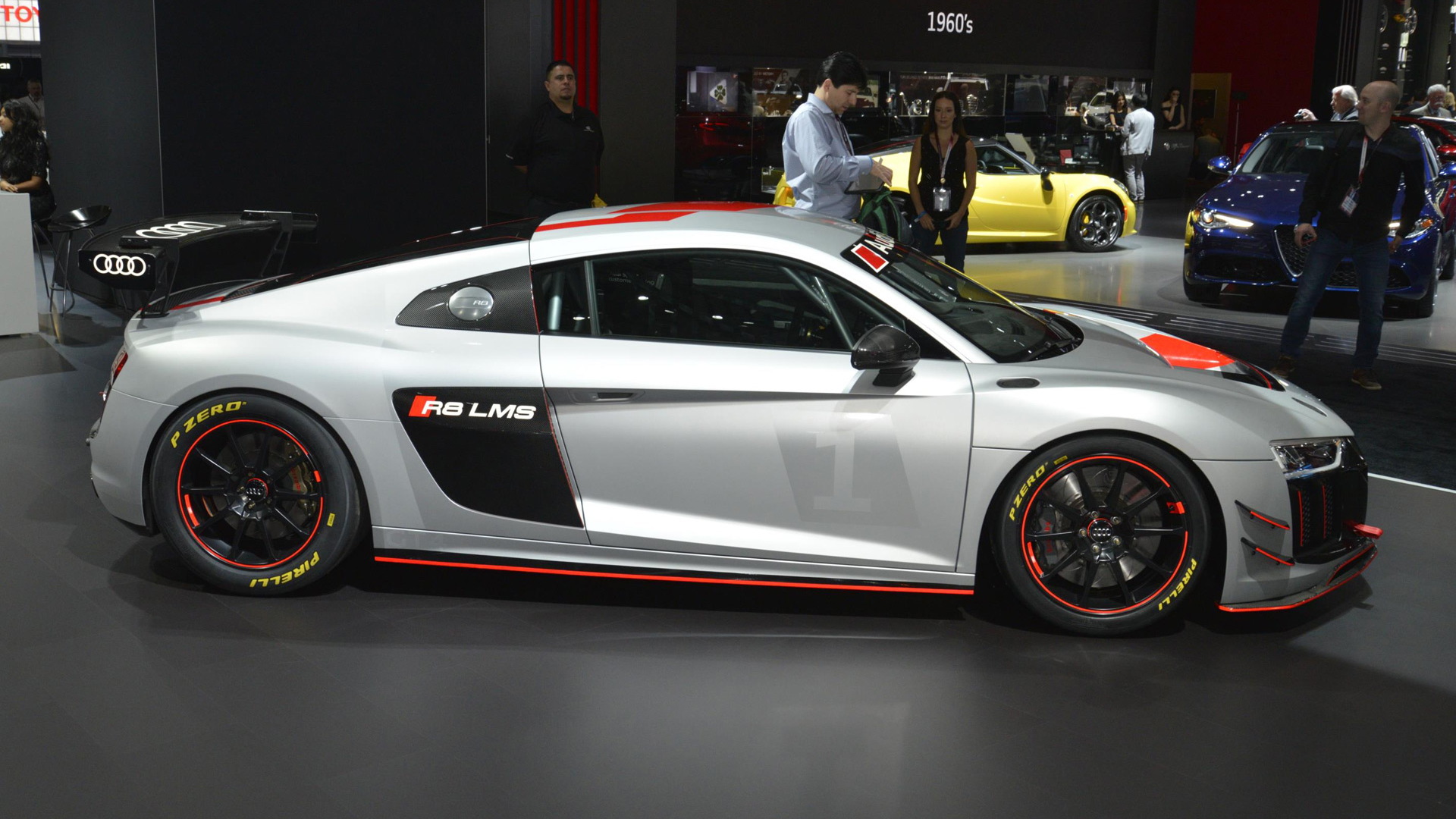 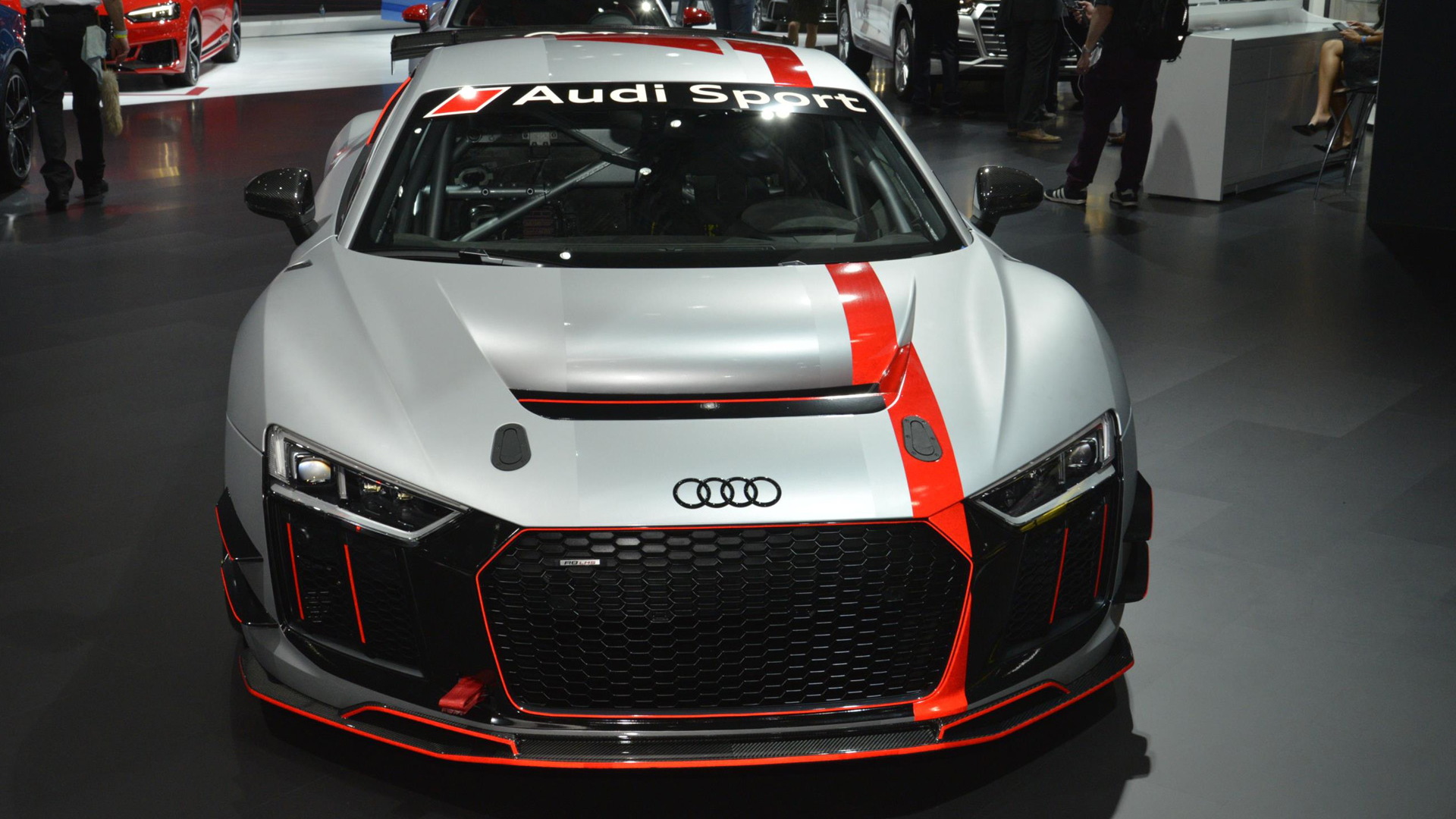 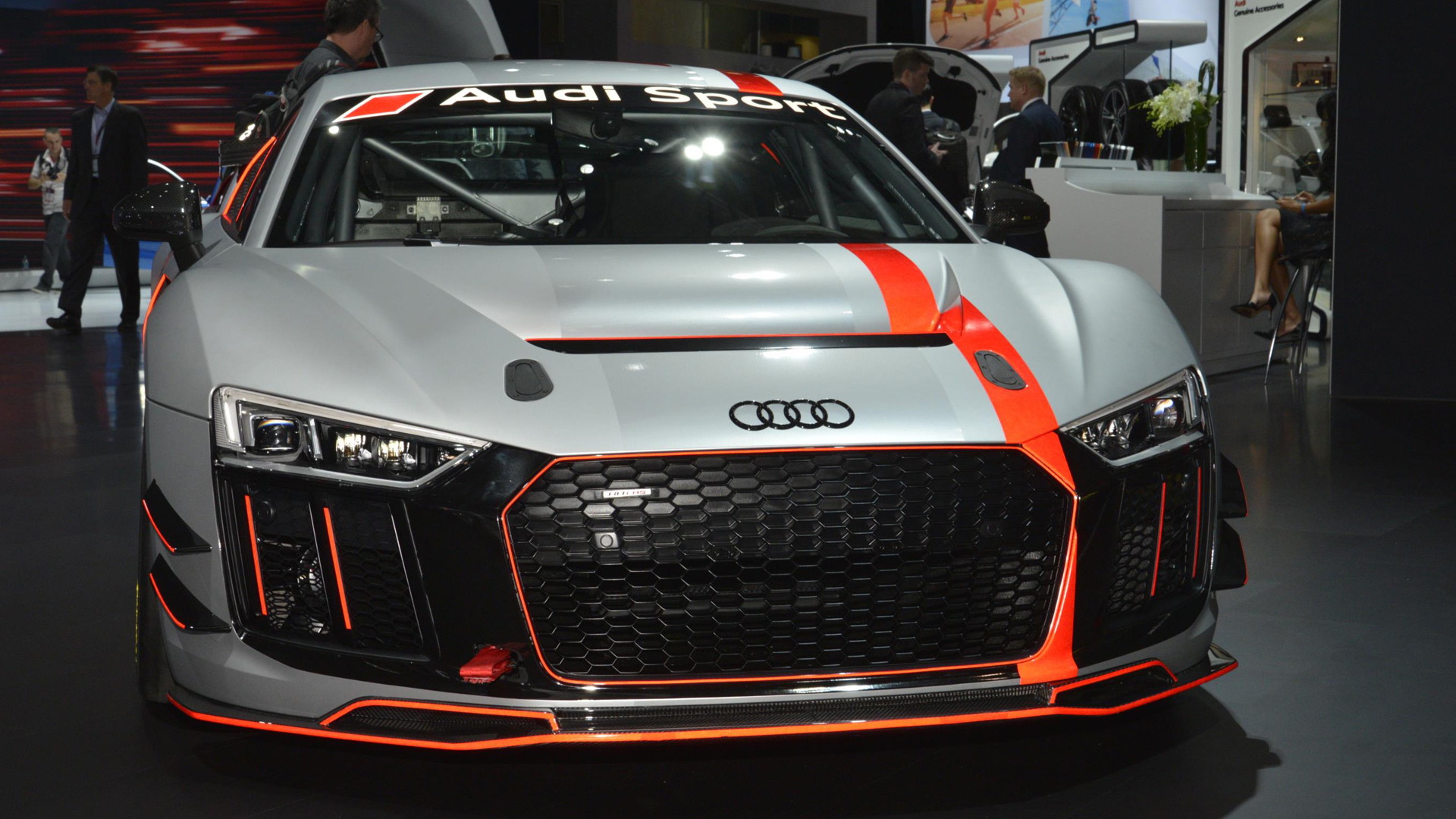 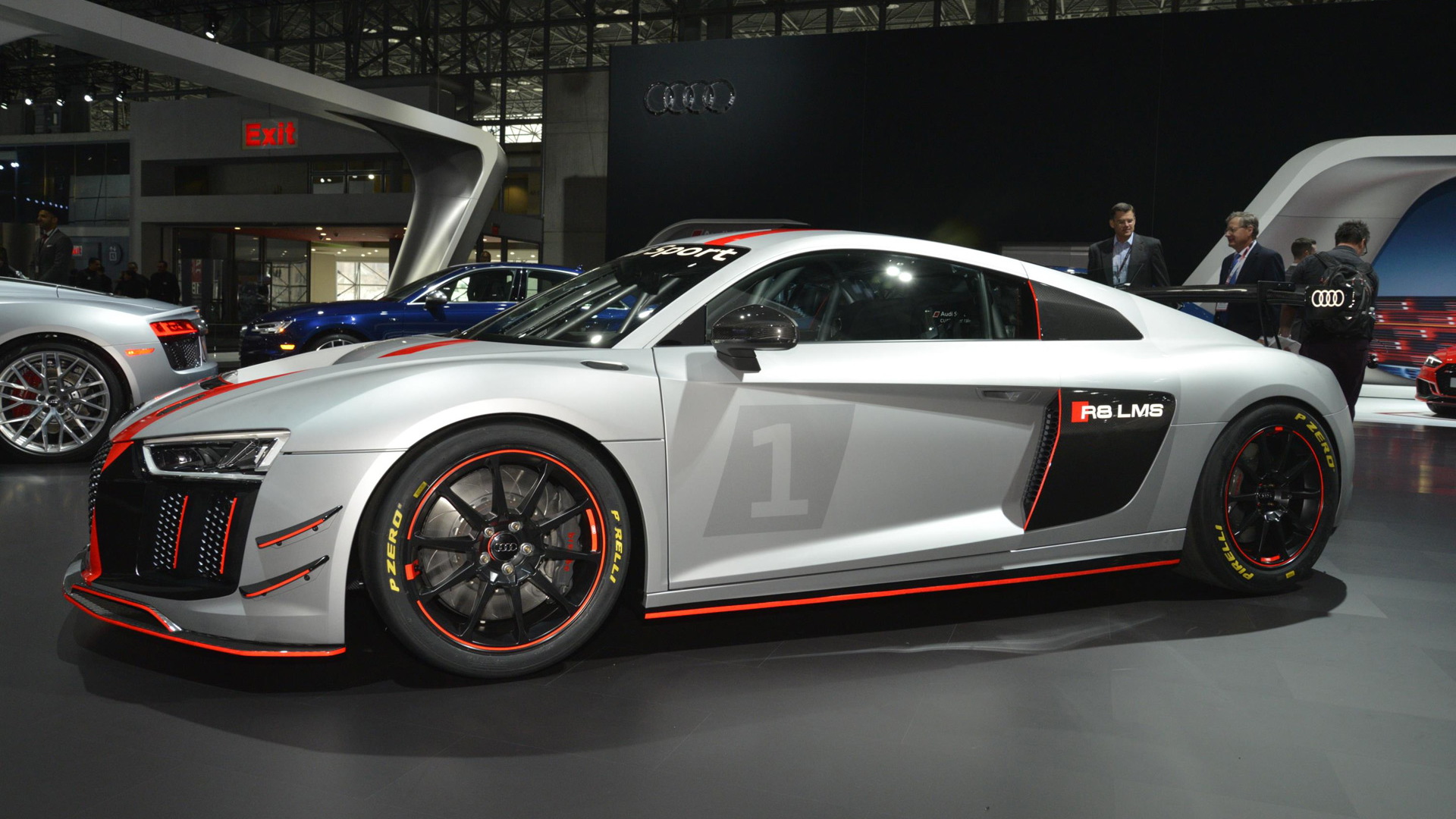 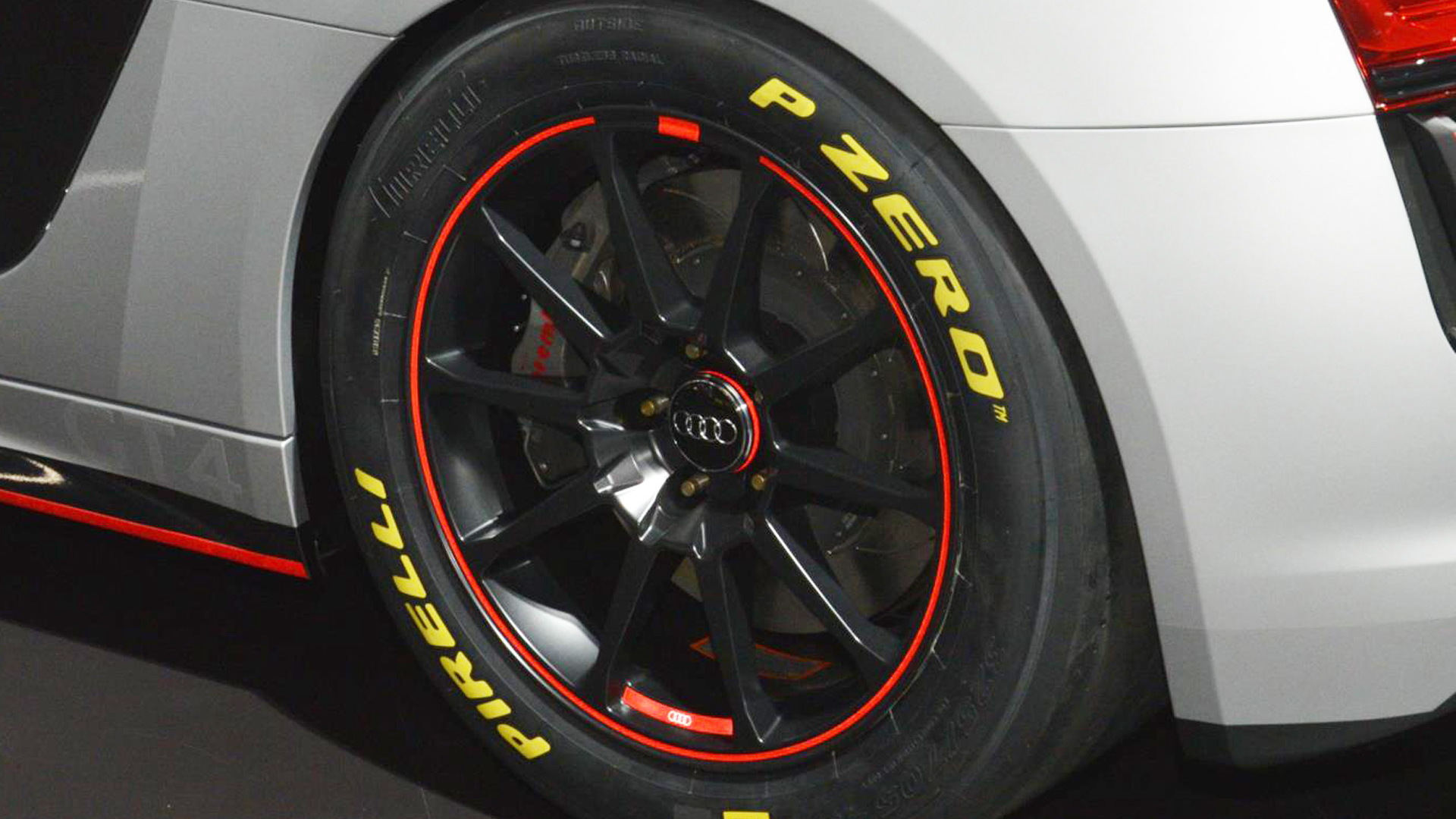 Audi has revealed a second R8-based race car for its customer racers, the R8 LMS GT4.

Built to worldwide GT4 spec like the Ford Mustang GT4, Chevrolet Camaro GT4.R, and McLaren 570 GT4, among others, this racer is a step down from the R8 LMS GT3 (shown below) that competes in higher levels of competition at the likes of the Rolex 24 at Daytona and the 24 Hours of Le Mans.

The car made its debut on Wednesday at the 2017 New York auto show and is, in fact, Audi's third turnkey customer race car, joining the RS 3 LMS.

The Audi R8 LMS GT4 will run for the first time in competition at the Nürburgring 24 Hours from May 25 to 28, but the car won't be in the final configuration that customers will receive. Audi is currently developing the car before a final homologation level is achieved. Chris Reinke, head of customer racing at Audi Sport, will be preparing production of the race car during the second half of the year, and customers will be able to take delivery before the end of the year.

Audi has not decided if it will sell the R8 LMS GT4 to American customers yet. Pricing also hasn't been announced, but this car should run in the $225,000 to $250,000 range, while the GT3 costs twice that. Buyers will benefit from the parts, service, and support network Audi Sport has built with the R8 LMS GT3 program to help maintain and service their cars.