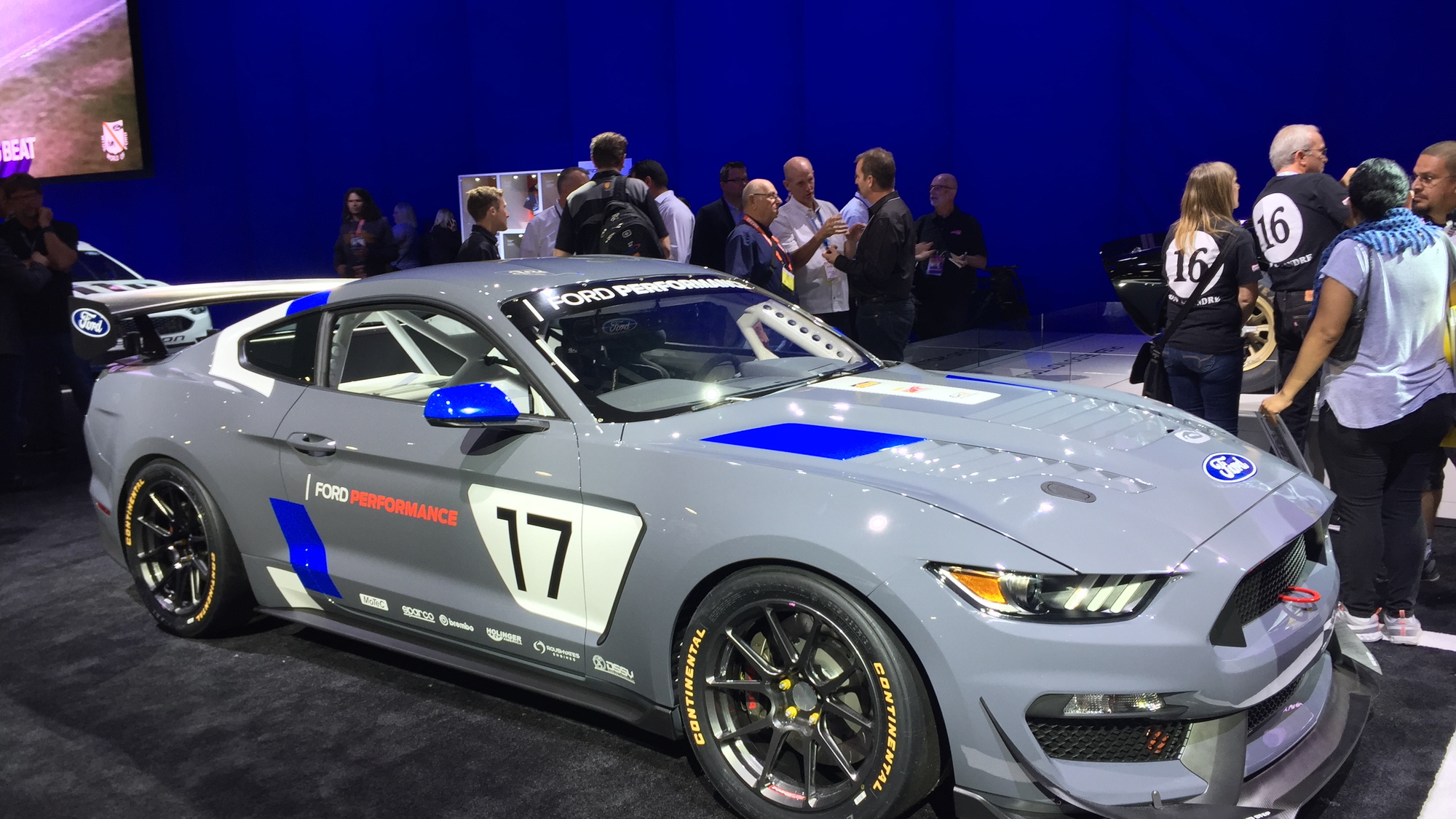 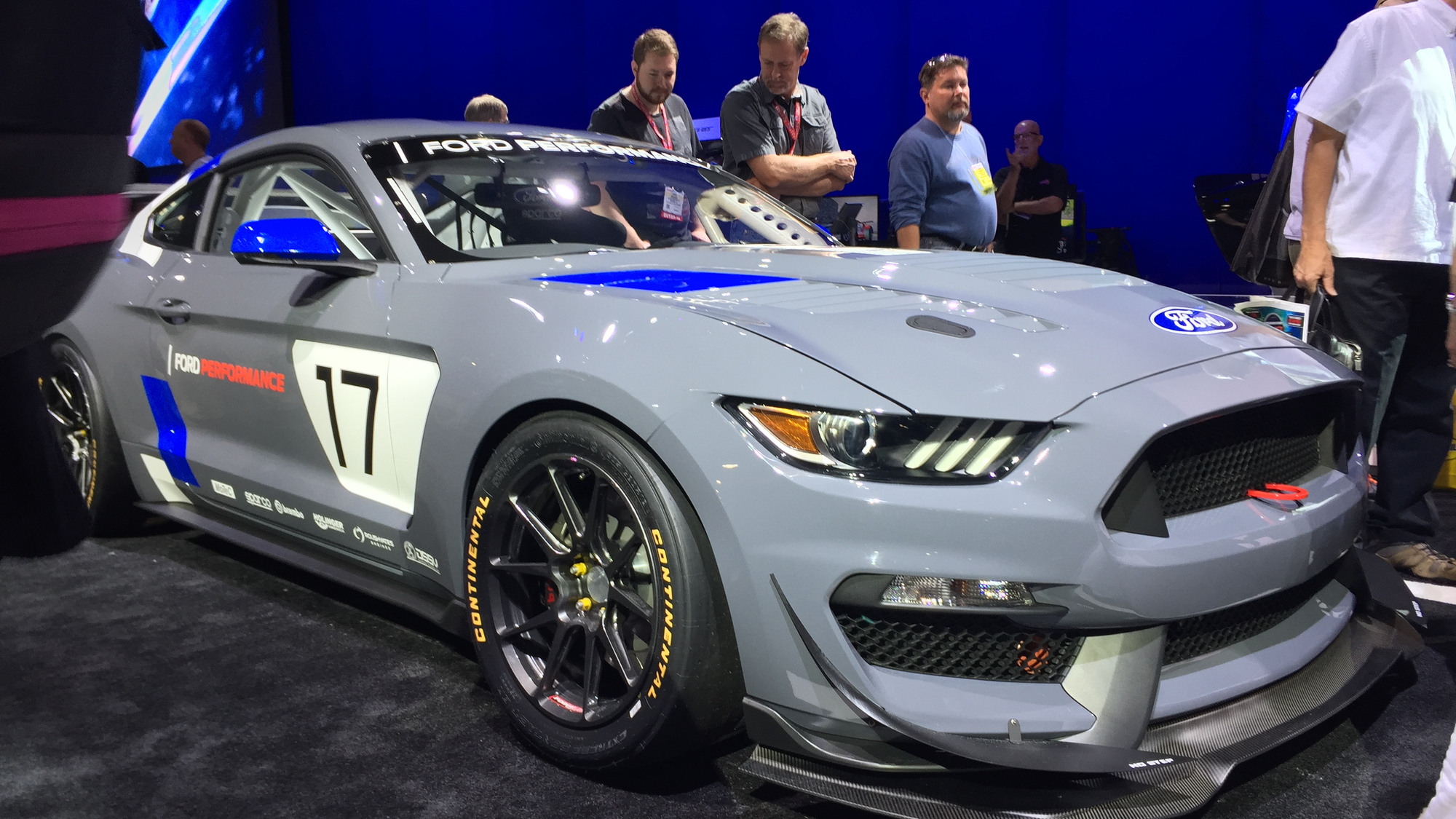 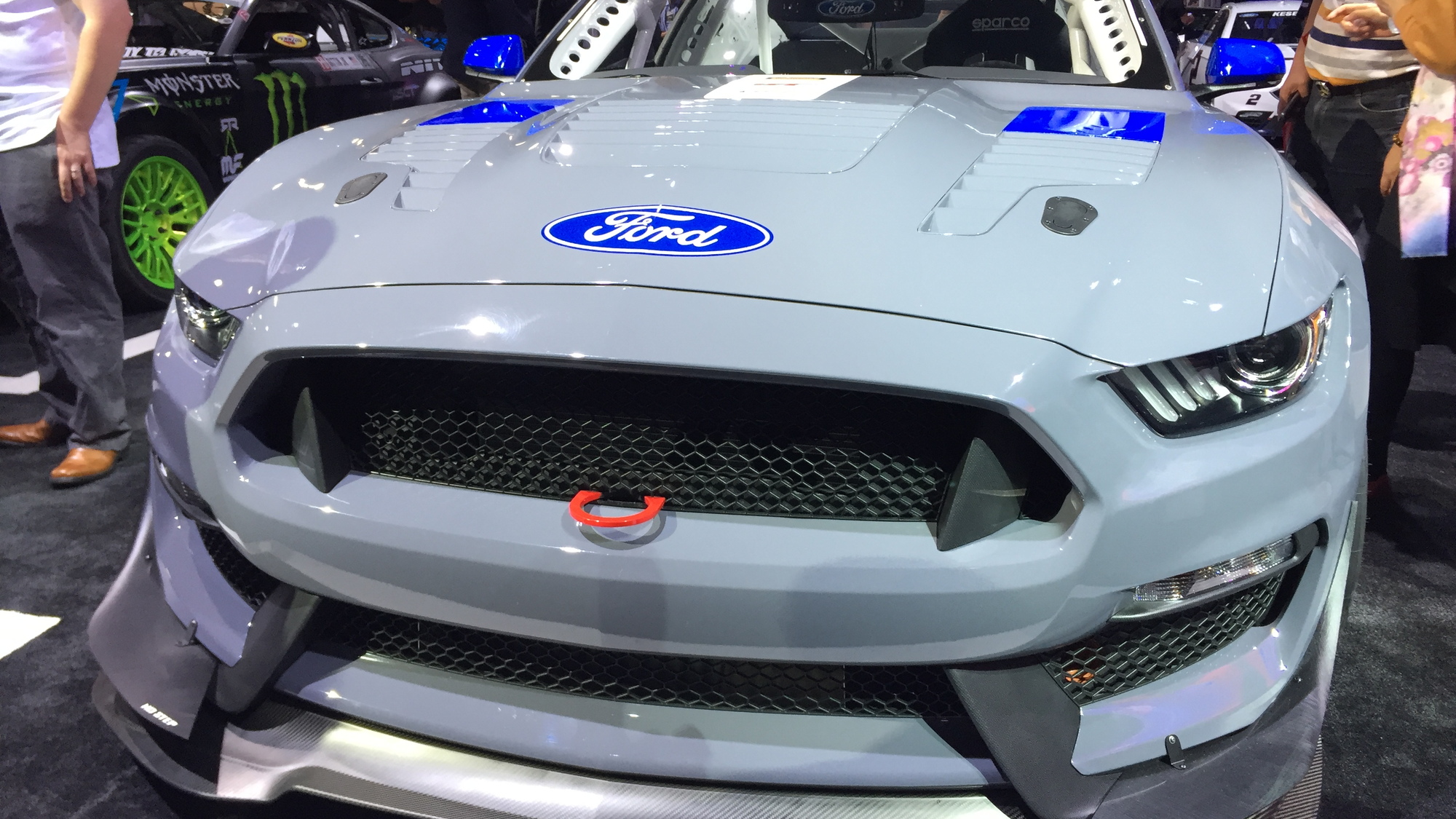 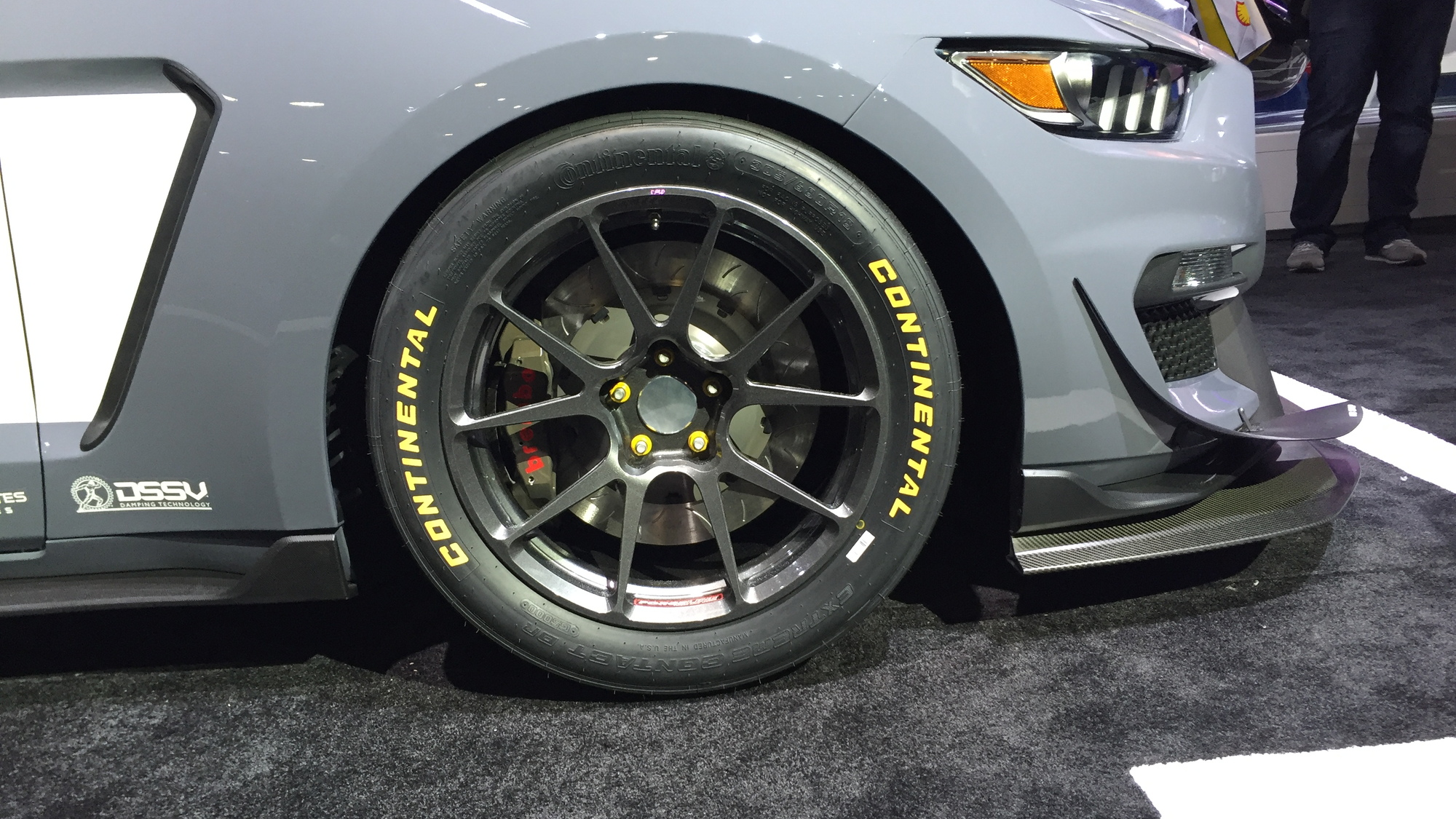 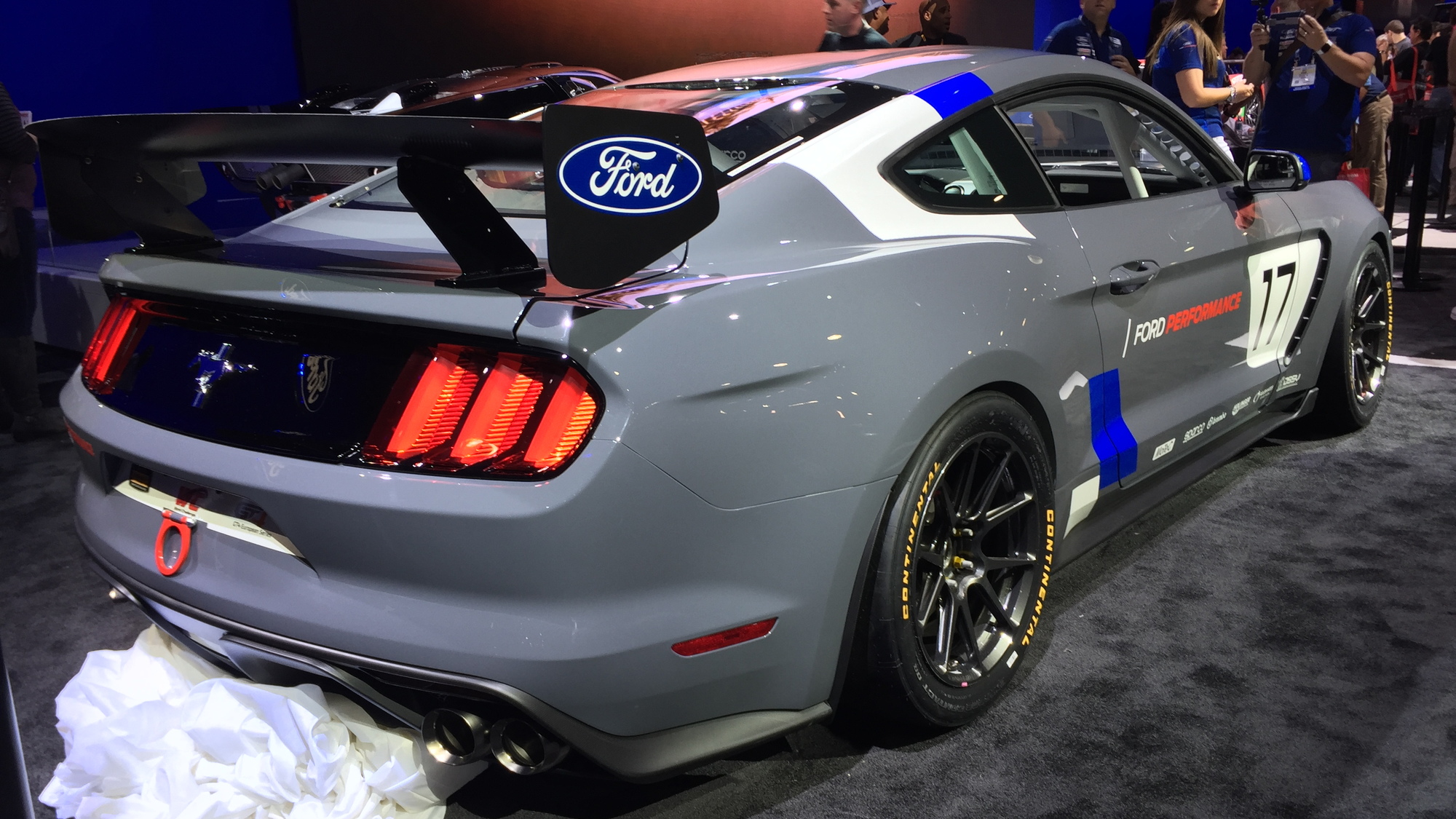 One of the most romantic dreams in sports car lore is the gentleman’s racer. This is a car that can be driven for all your day-to-day needs and then on the weekends taken to the track, fitted with a more aggressive set of tires and transformed into a competitive racing machine.

The current crop of GT4-spec race cars come close to making this dream a reality. And while they’re still very much full-blown racers rather than road cars, they do demonstrate the immense potential of the cars on which they’re based. We’re talking about cars like the Aston Martin Vantage, McLaren 570S and Porsche Cayman. Now we can add the Ford Motor Company [NYSE:F] Mustang to that list.

Ford on Tuesday at the 2016 SEMA show unveiled the Mustang GT4.

It’s the replacement for the Shelby GT350R-C, which won its class in the 2016 IMSA Continental Tire SportsCar Challenge. Unlike the Shelby GT350R-C, though, the Mustang GT4 is aimed more at customer racers as opposed to professional teams. It’s a turnkey product developed by Ford Performance and will retail for about $200,000, making it a great starting point for newcomers.

The Mustang GT4 features the awesome 5.2-liter V-8 found in the latest Shelby GT350 models. Here, the engine is paired with a 6-speed Holinger sequential transmission with paddle shifters. It also gets new dampers, lower rear control arms and stabilizer bars from Multimatic Motorsports, as well as 18-inch forged wheels from Forgeline and a few aerodynamic mods.

The interior, meanwhile, includes a full FIA-compliant roll cage, along with a Motec dash logger and new controllers for the engine and anti-lock brakes.

Competitions its eligible for include the Grand Sport class of IMSA Continental Tire SportsCar Challenge, Pirelli World Challenge GTS and European GT4, to name a few.