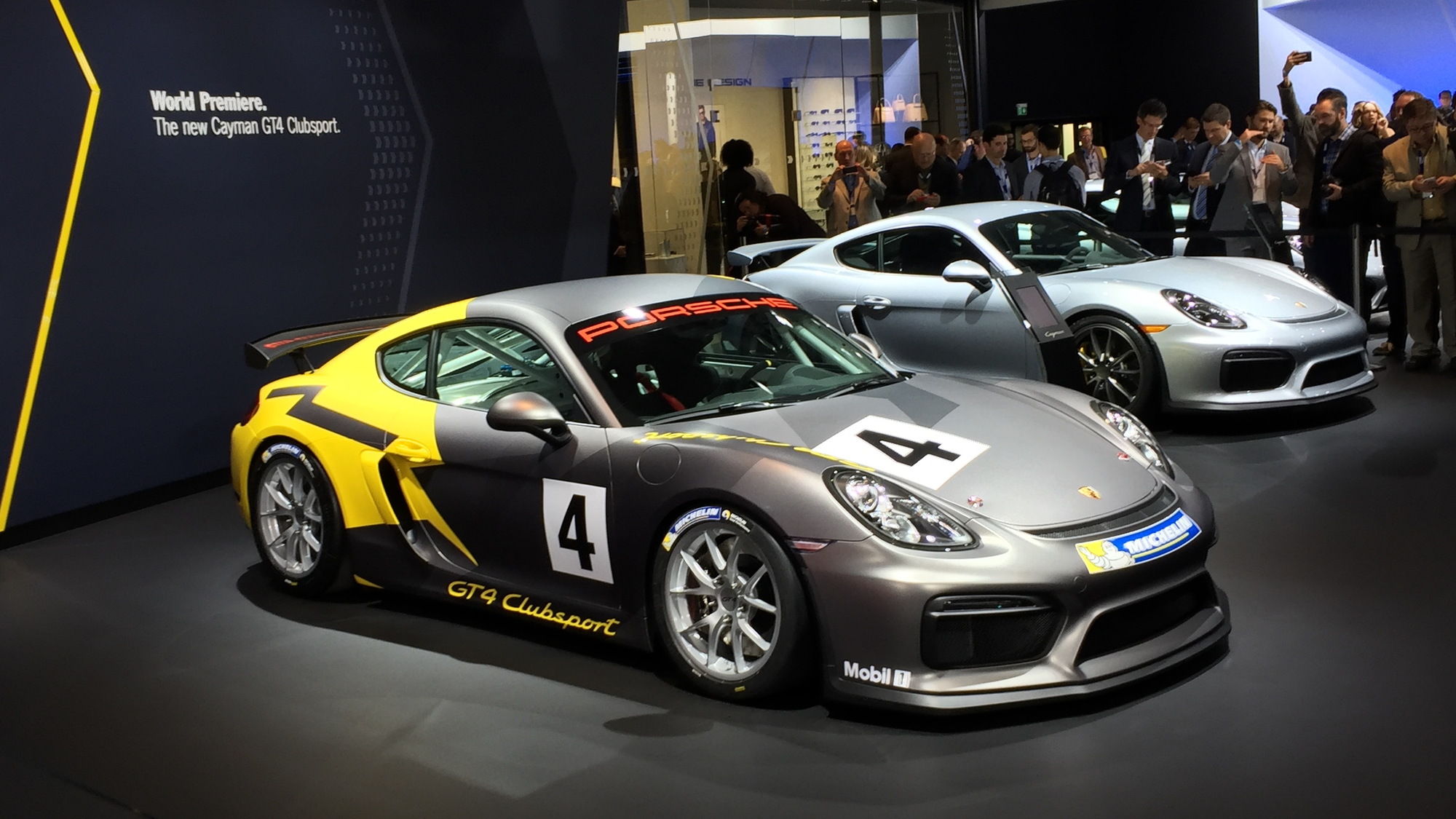 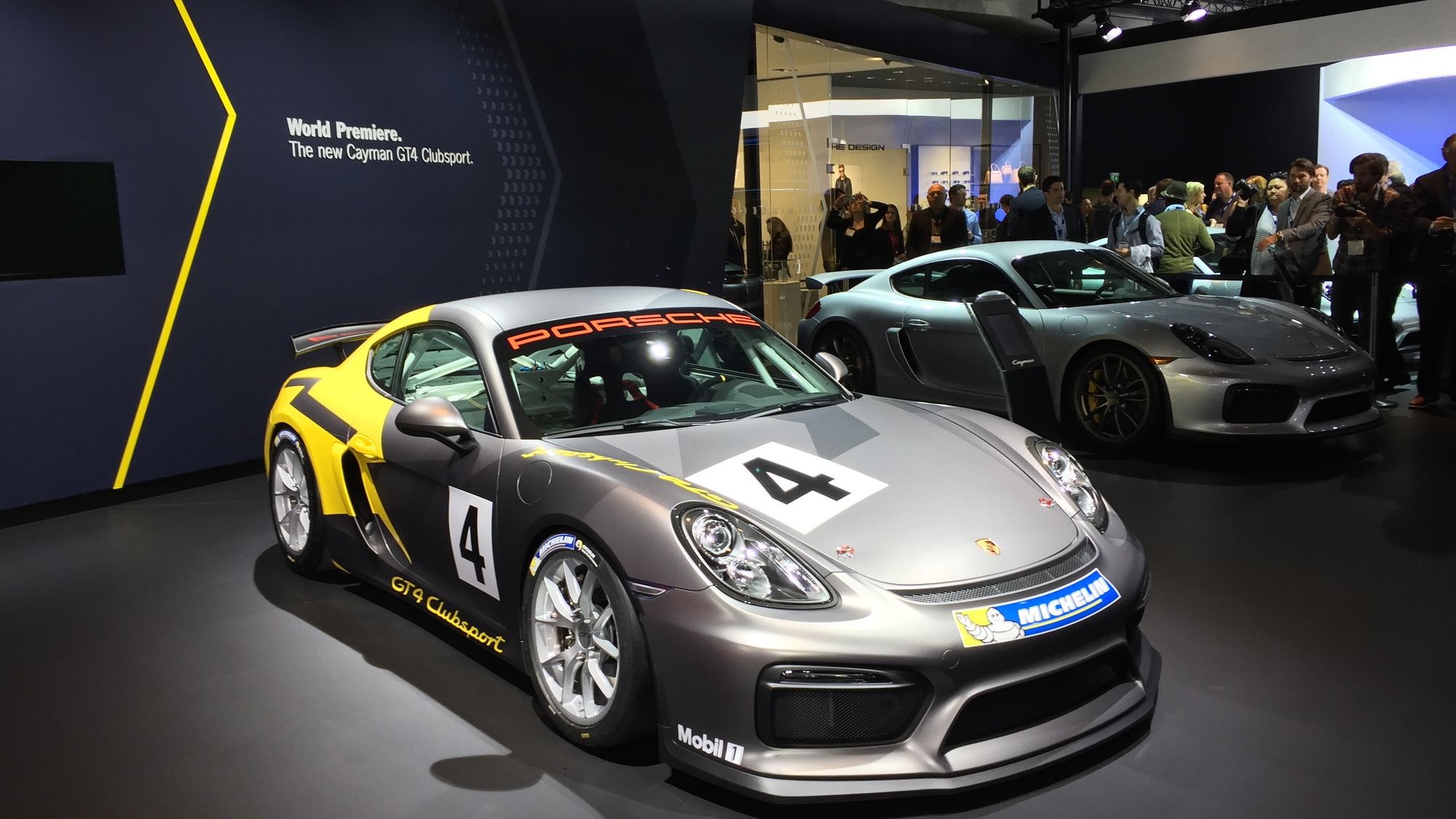 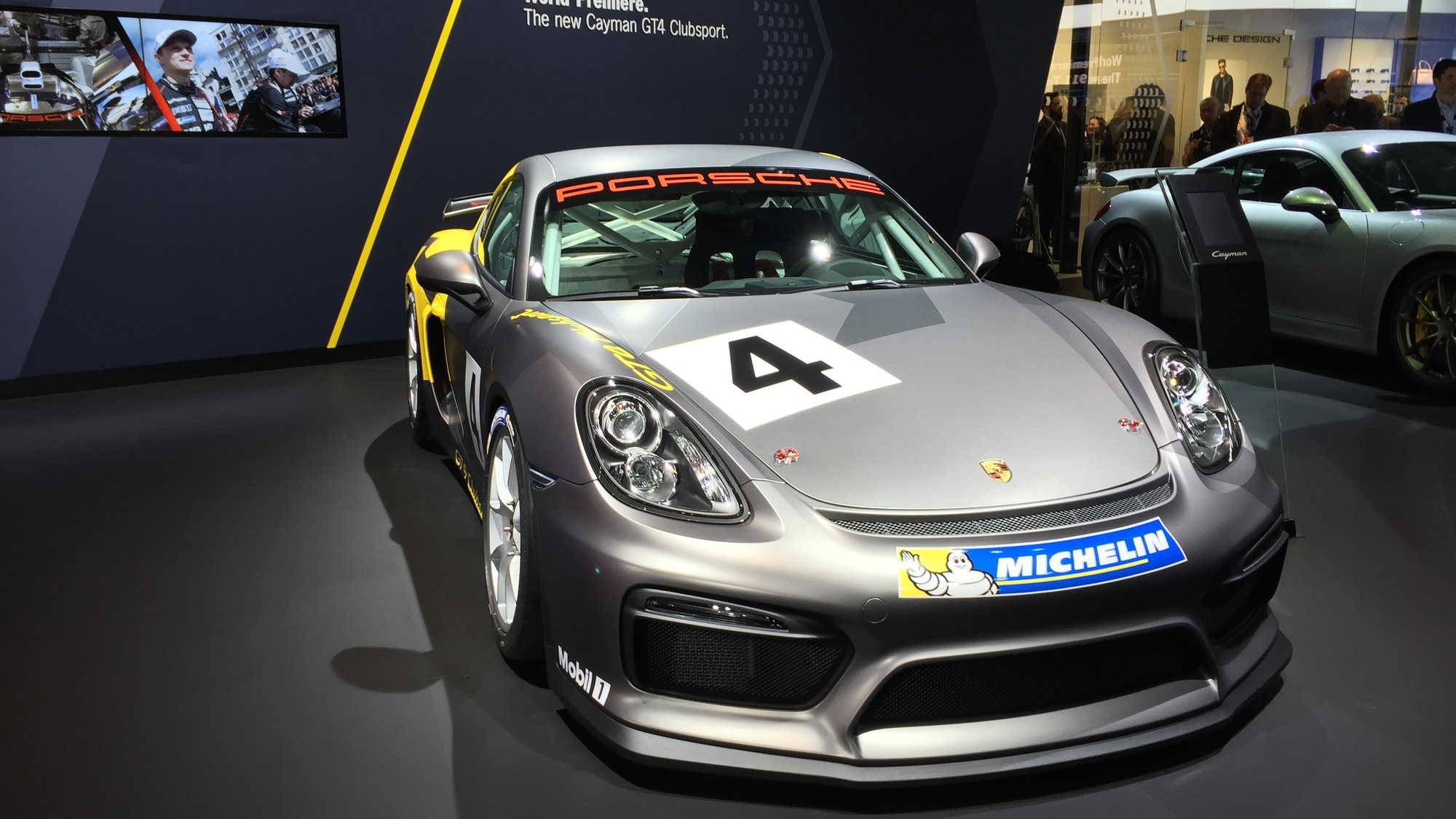 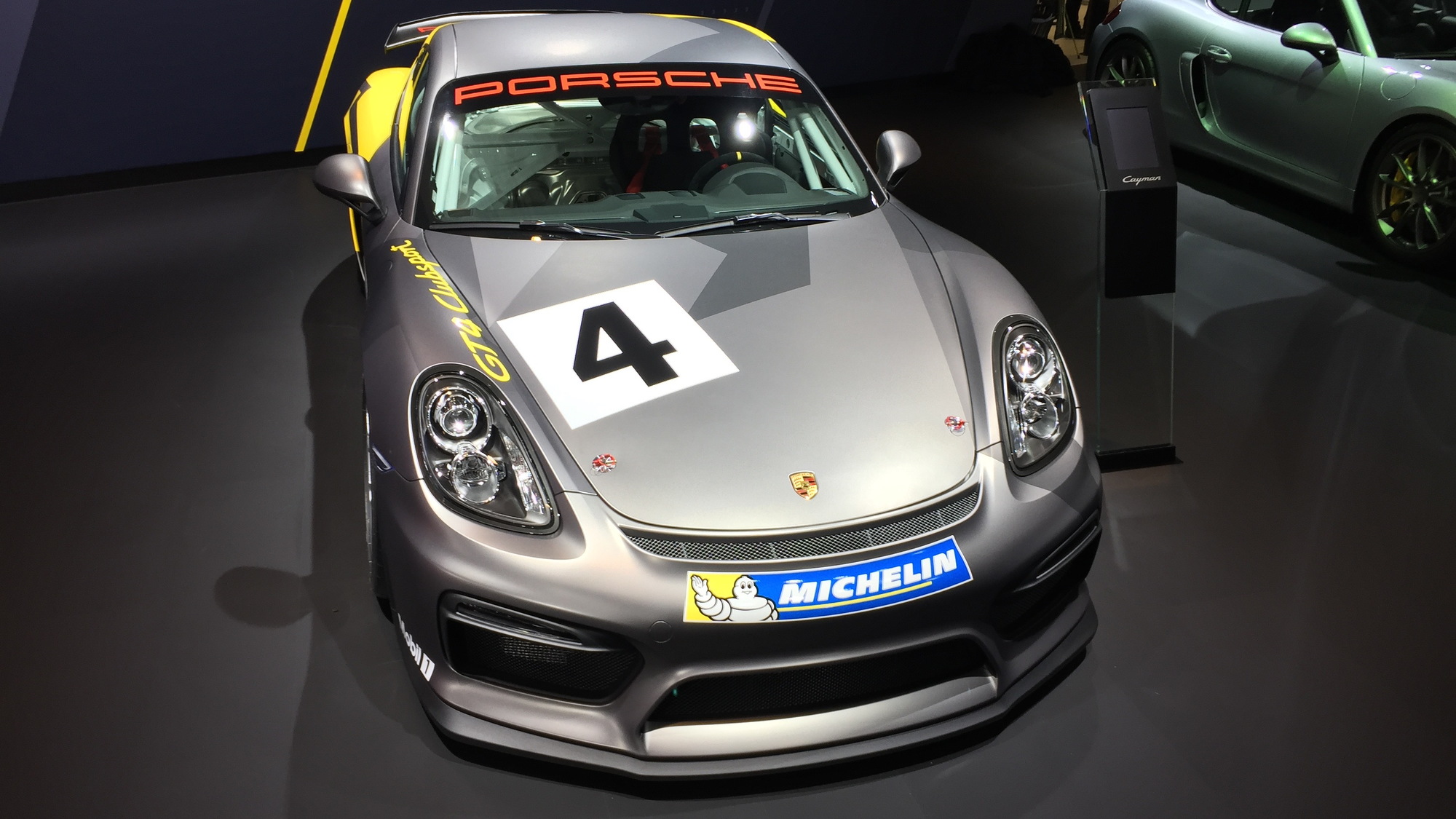 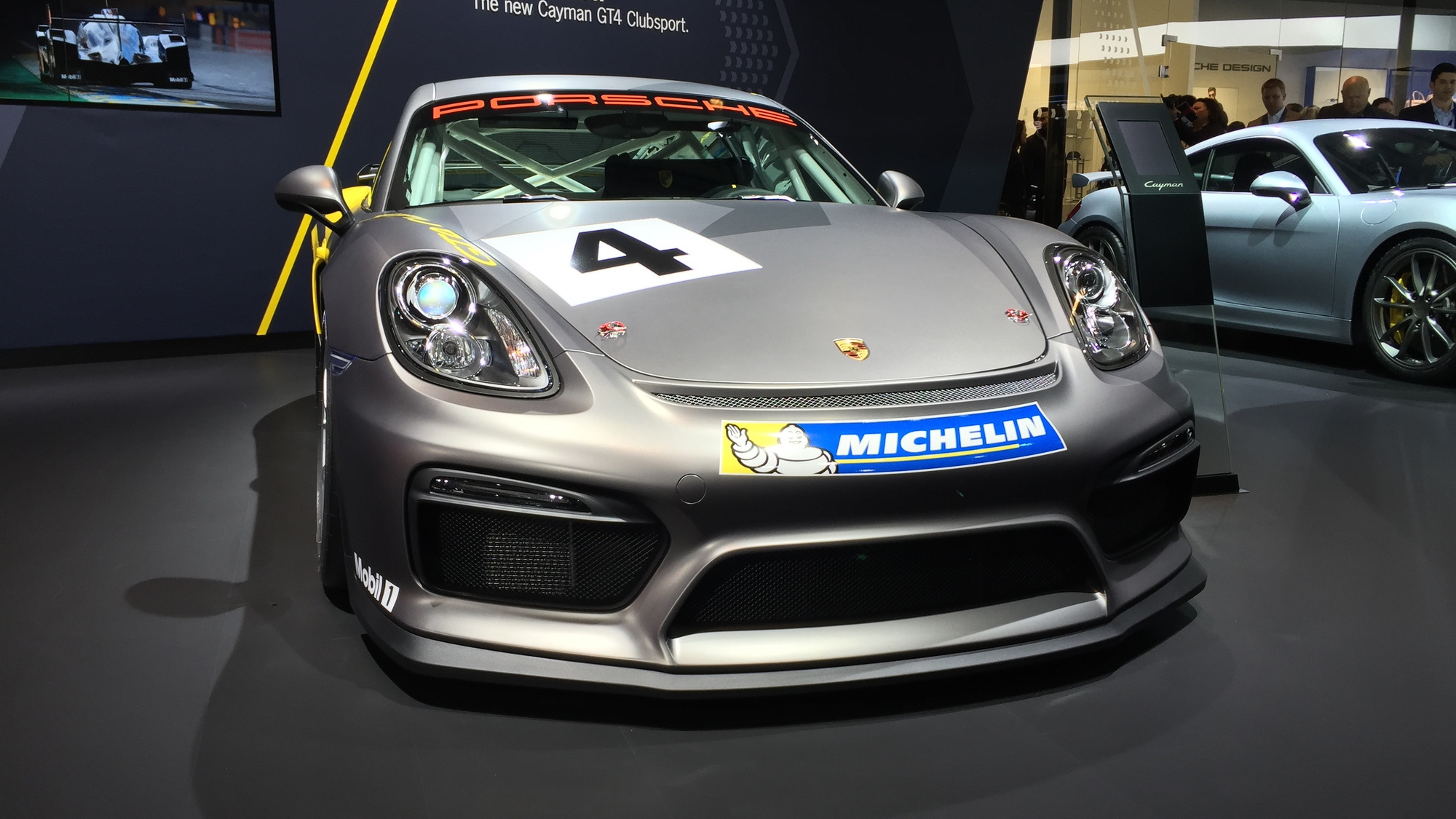 Porsche’s entry-level customer race car at present is the 911 GT3 Cup, but the automaker has now undercut this with a new GT4-spec racer based on the recently revealed Cayman GT4. GT4 competition has been growing in popularity over the years as the series tend to be a much more affordable avenue for budding motorsport enthusiasts compared to the next rung up the ladder, the GT3 class. A handful of automakers already offer GT4-spec versions of their cars and now Porsche is joining the fray with the Cayman GT4 Clubsport.

On display this week at the 2015 Los Angeles Auto Show, the new race car comes with a 3.8-liter flat-six engine that matches the Cayman GT4 road car’s 385-horsepower rating. However, unlike the road car, which comes with a six-speed manual, the race car benefits from a six-speed PDK dual-clutch transmission that’s operated via paddle shifters. There's also a mechanical locking differential at the rear axle.

The suspension is borrowed from the 911 GT3 Cup and the brakes are a dedicated racing setup with steel discs measuring 15 inches in diameter at all corners. One-piece, six-piston aluminum fixed calipers are located at the front, with a four-piston equivalent at the rear. The electronic stability, traction and ABS systems have also all been recalibrated for the track.

The standard wheels are 18-in forged pieces shod with Michelin racing slicks. Other specs include a welded-in safety cage, a racing bucket seat, a six-point harness, and a curb weight of 2,866 pounds. The car also comes with a central fire extinguisher system.

For the 2016 motorsport season, homologation of the Cayman GT4 Clubsport is planned for race series such as the Continental Tire Sports Car Challenge, the Porsche Club of America, the Pirelli GT3 Cup Trophy USA, the Ultra 94 GT3 Cup Challenge Canada, the Pirelli World Challenge and for other club-level meetings around the world.