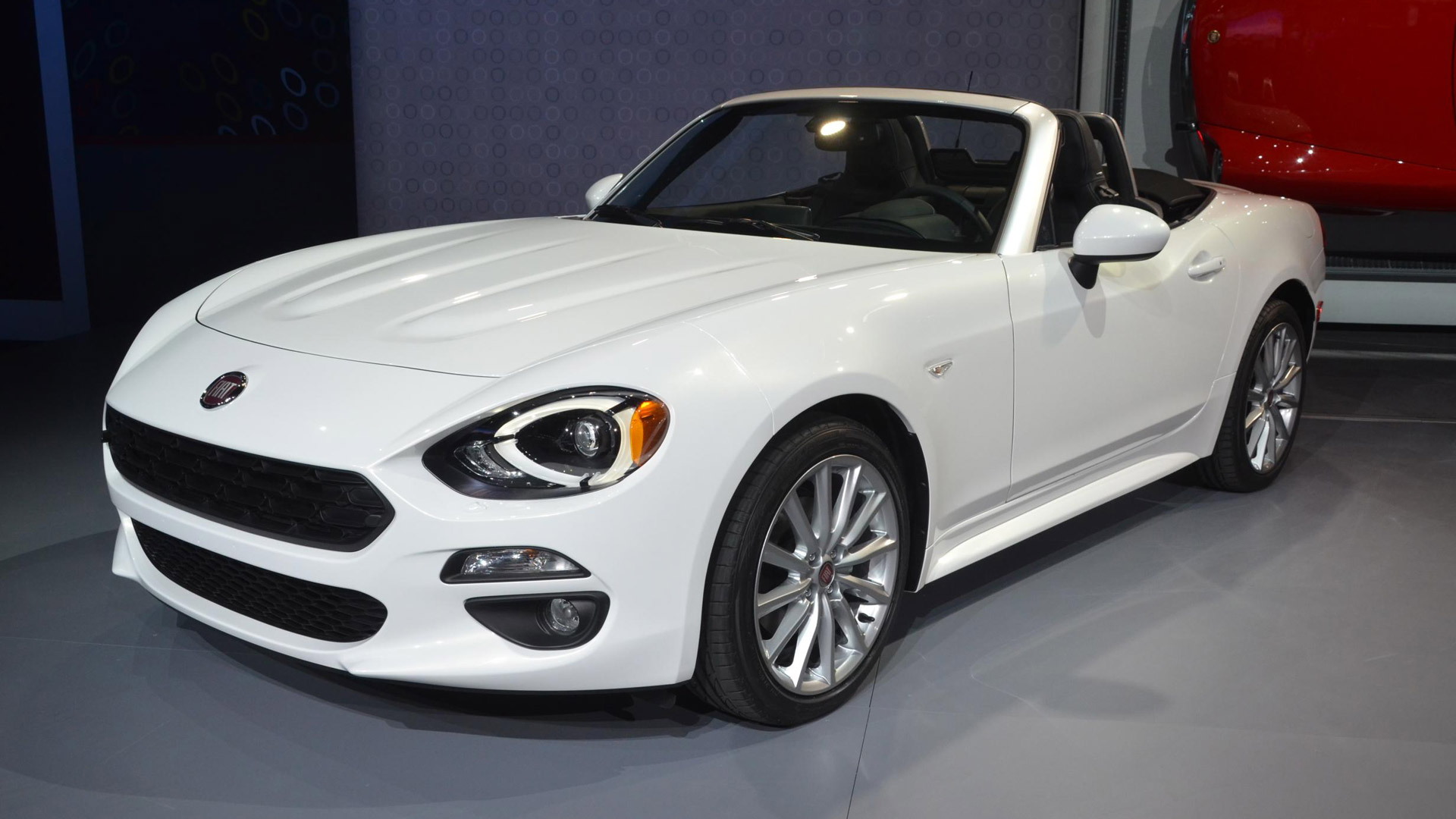 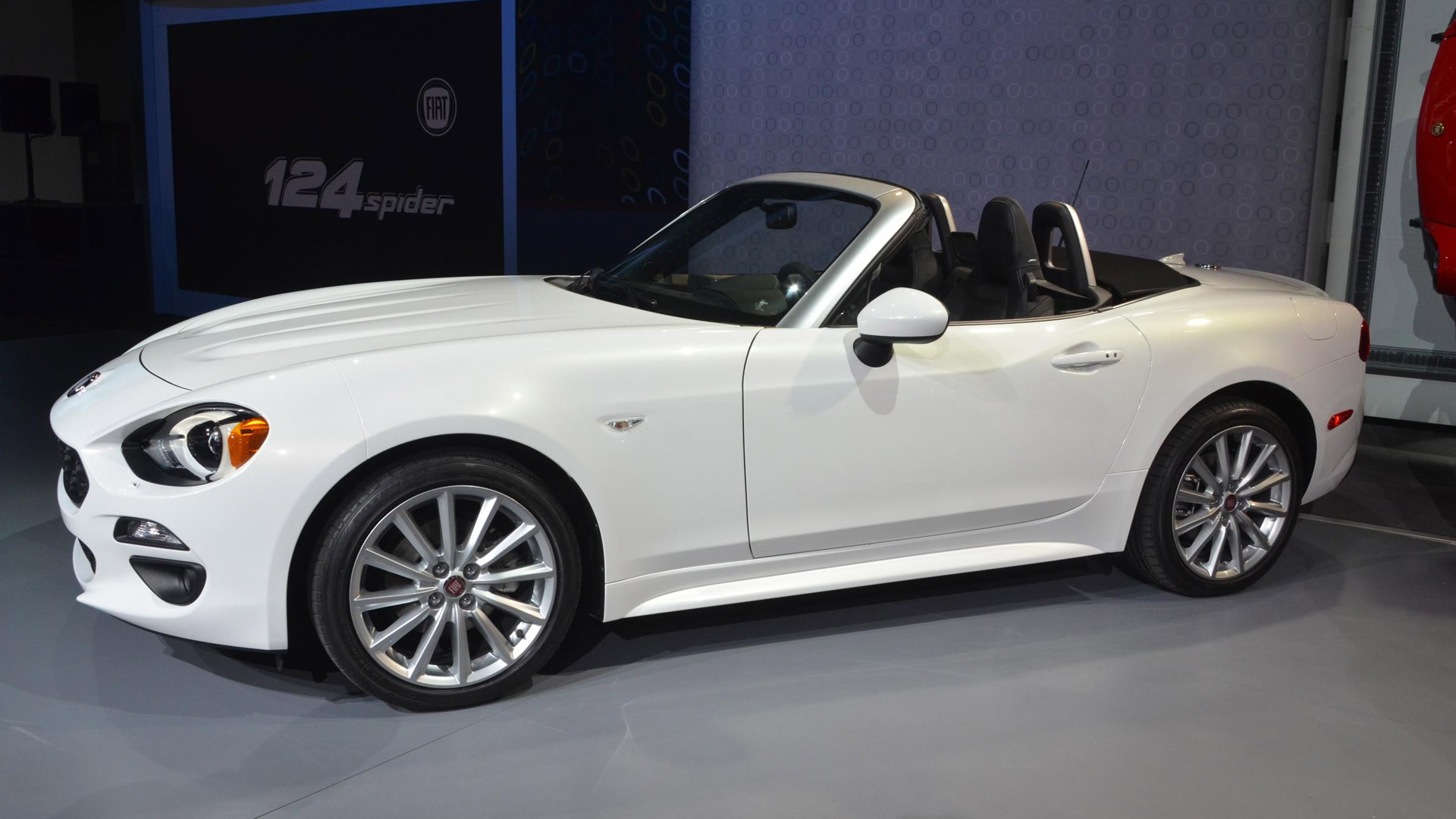 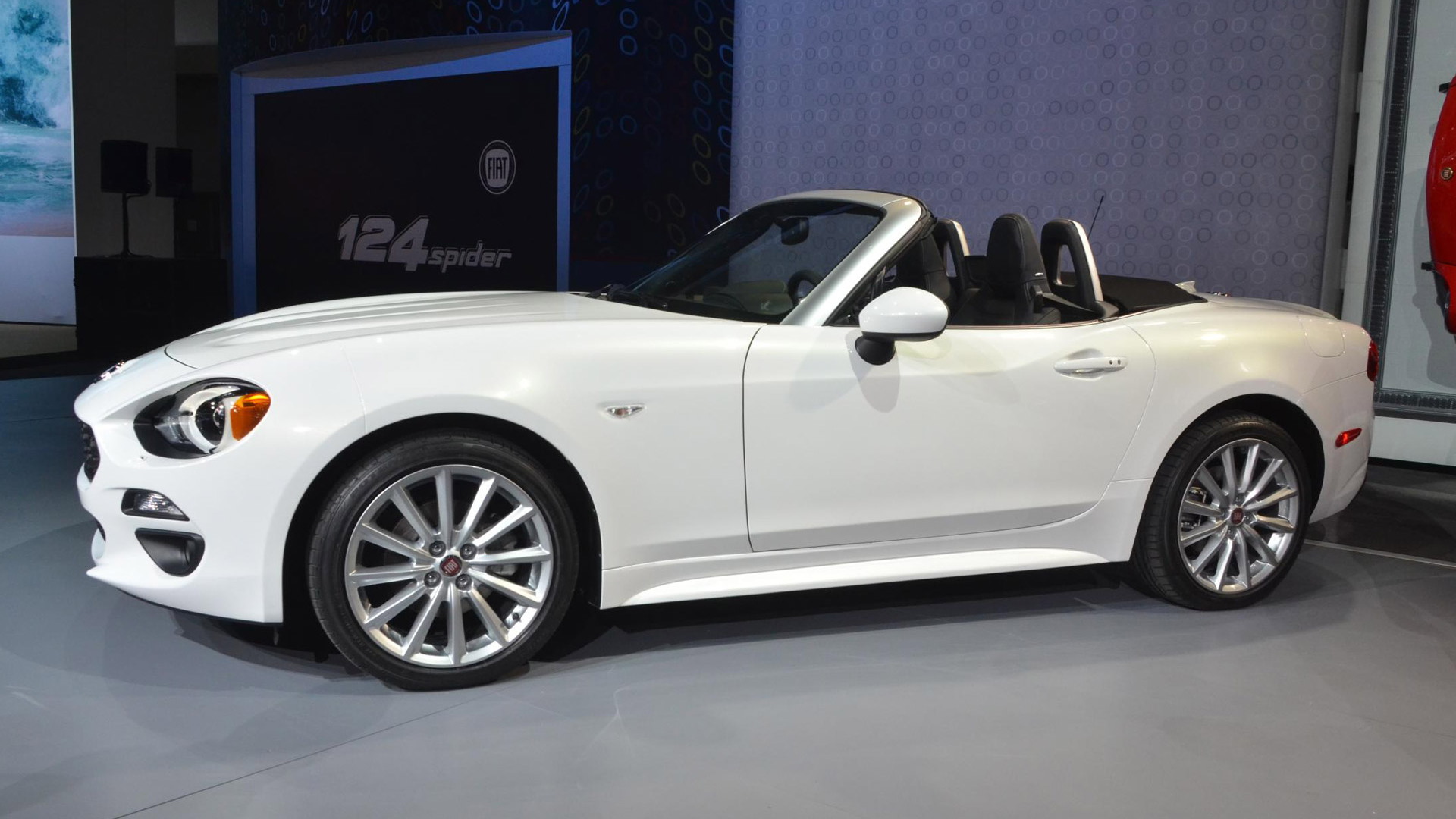 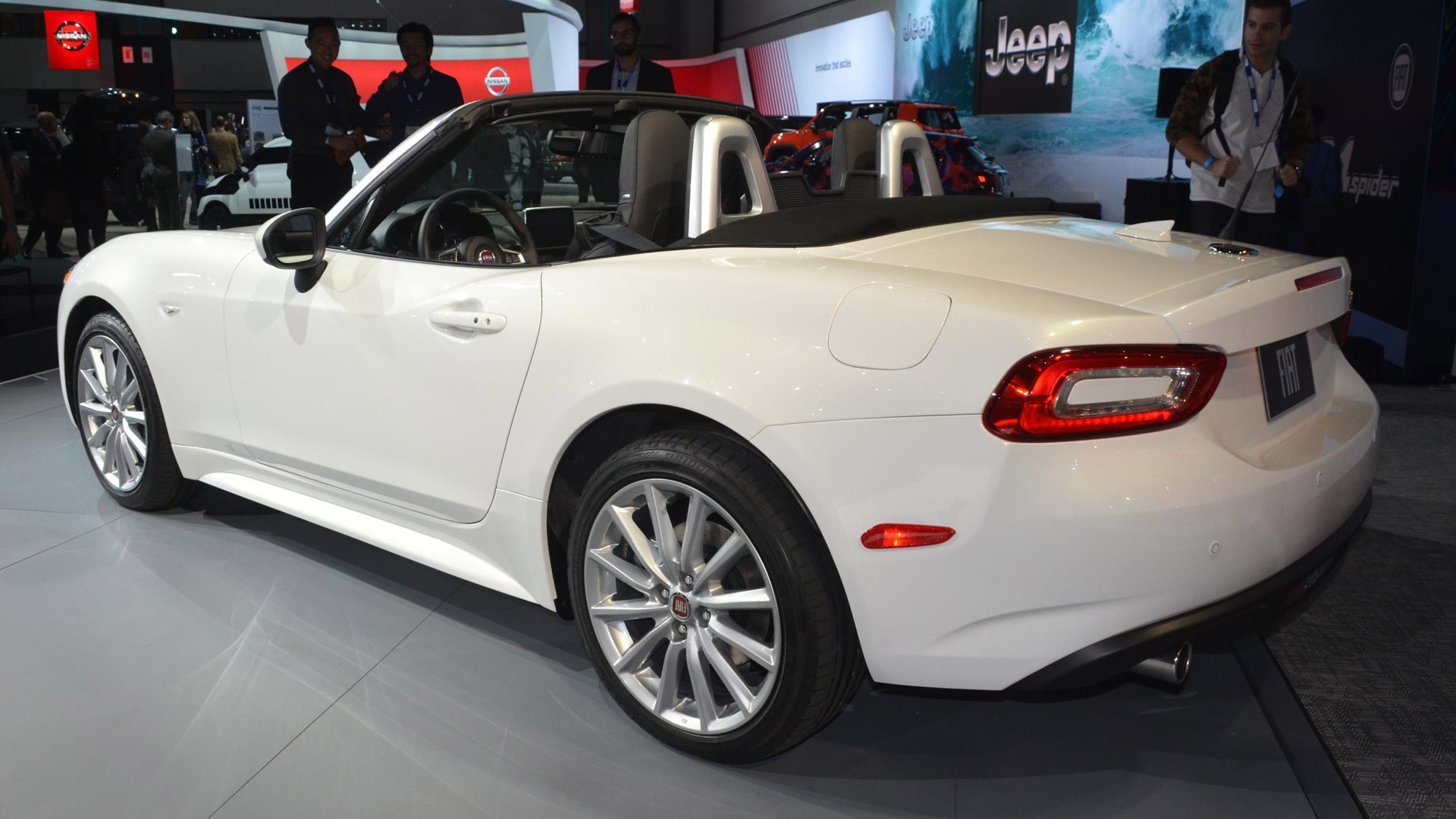 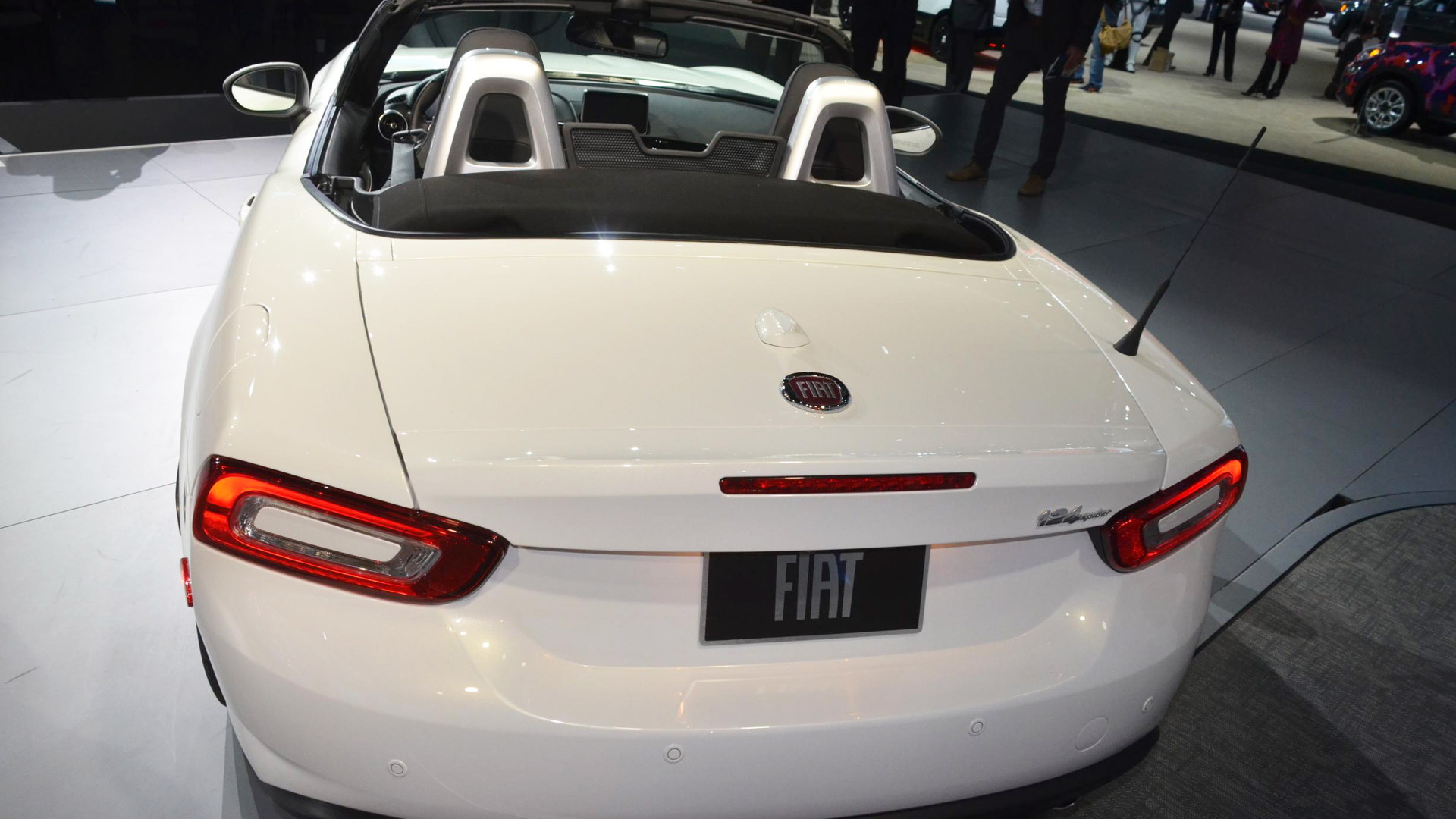 Five years ago at the Los Angeles Auto Show, the Fiat brand made its return to the United States. Since then, the Italian automaker has launched six vehicles and stirred the pot with attention grabbing ads. Now, at this year's L.A. Auto Show and the 50th anniversary of the model, Fiat's 124 Spider has returned, as a 2017 model.

Few will be surprised by the re-introduction of the 124 Spider, as it was confirmed long ago the model would return based on the bones of the latest Mazda MX-5 Miata.

While it's based on the new MX-5 Miata—which is a superb car in itself—it doesn't share a single exterior body panel with the Japanese roadster. The exterior design looks back to the original with a horizontal character line that kicks up into the rear fender. The front is distinguished by daytime running lights while the rear has taillights that are slightly angled. Furthermore, the Fiat is actually larger than the Mazda and has a larger, more impressive trunk.

Inside the cockpit it's a different story. No one will be fooled: it's a better-trimmed Miata. The lower dashboard panel is leather wrapped, the door panels are different with softer materials, and the seats are upgraded. The switch gear, infotainment system and gauge cluster are all the same as what you'll find in the Miata.

The powertrain is where things veer off the Mazda path, quickly. Under the hood is a turbocharged 1.4-liter four-cylinder with 160 horsepower and 184 pound-feet of torque. If that sounds familiar, that's because it is. It's the same engine you'll find in the Fiat 500 Abarth.

Notably, if you want to #GiveAShift, the only way to get a manual transmission at launch is in the base car. Fiat Chrysler Automobiles [NYSE:FCAU] told us that could change in the future if there's demand. Please, people, #GiveAShift.

When it goes on sale next summer, as a 2017 model, the Fiat 124 Spider will be available in two trim levels: Classica and Lusso. The base Classica will come standard with a dual-exhaust, Bluetooth, 16-inch alloy wheels, three-inch touchscreen infotainment system, and eight points of passive noise cancellation.

Stepping up to the Lusso trim adds heated leather seats, a seven-inch touchscreen infotainment system, a chrome-tipped dual-exhaust and a backup camera. A comfort and security package with blind-spot monitors and cross-path detection systems will be available, as will a premium package with Bose audio, satellite radio and navigation.

Pricing will be announced closer to the 2017 Fiat 124 Spider's launch next summer. For all the latest from the 2015 L.A. Auto Show. be sure to check out our dedicated hub.