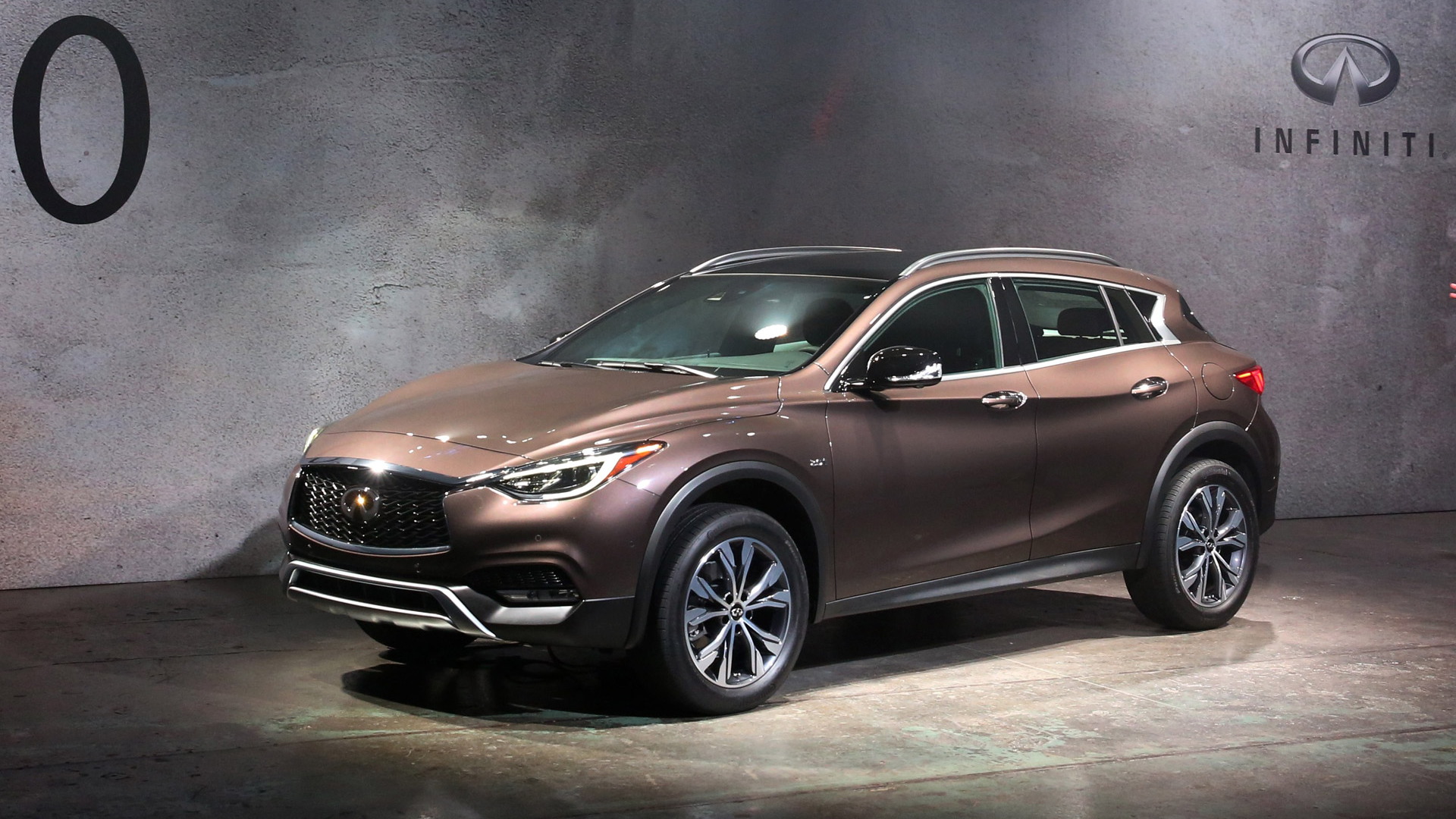 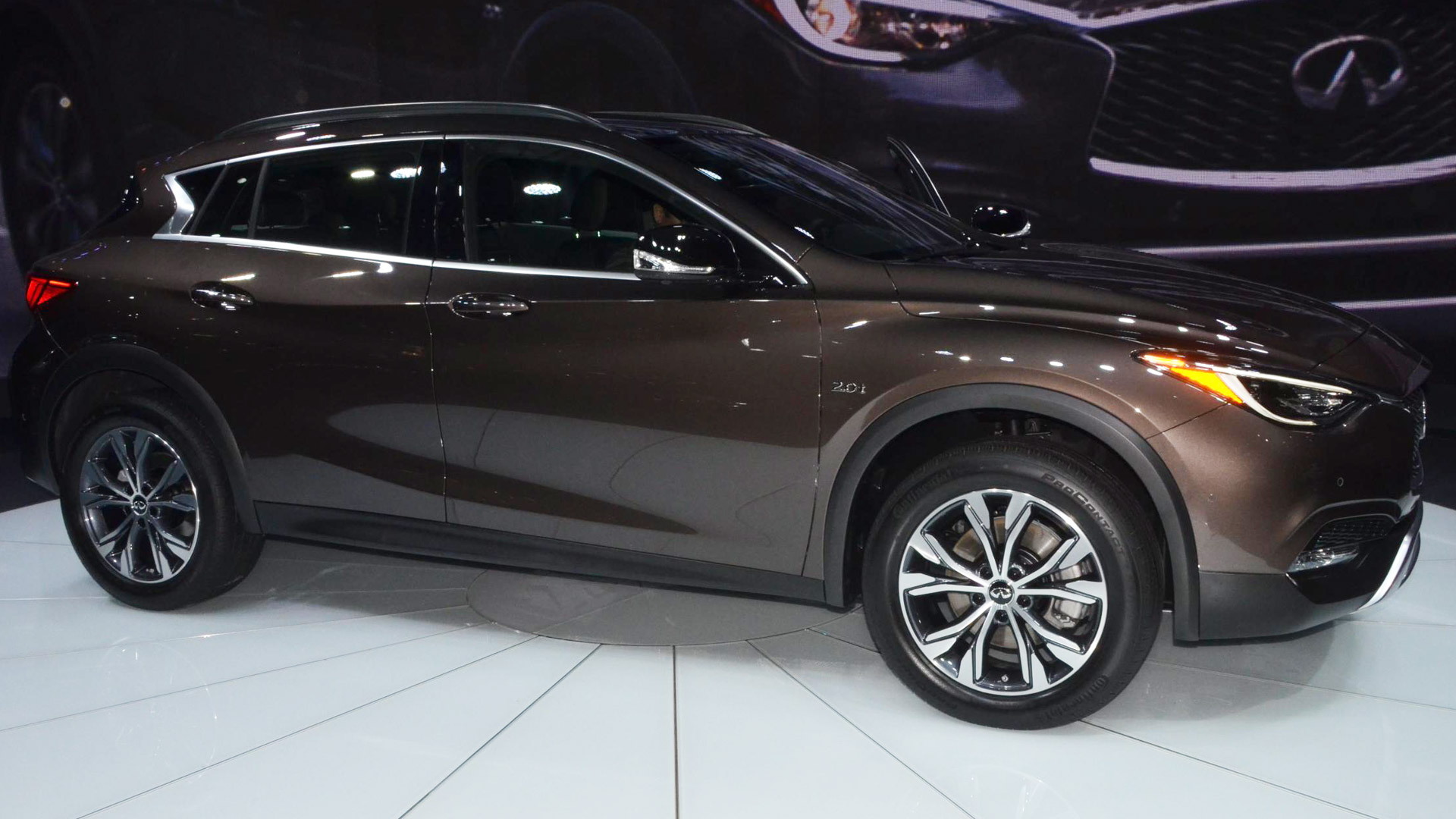 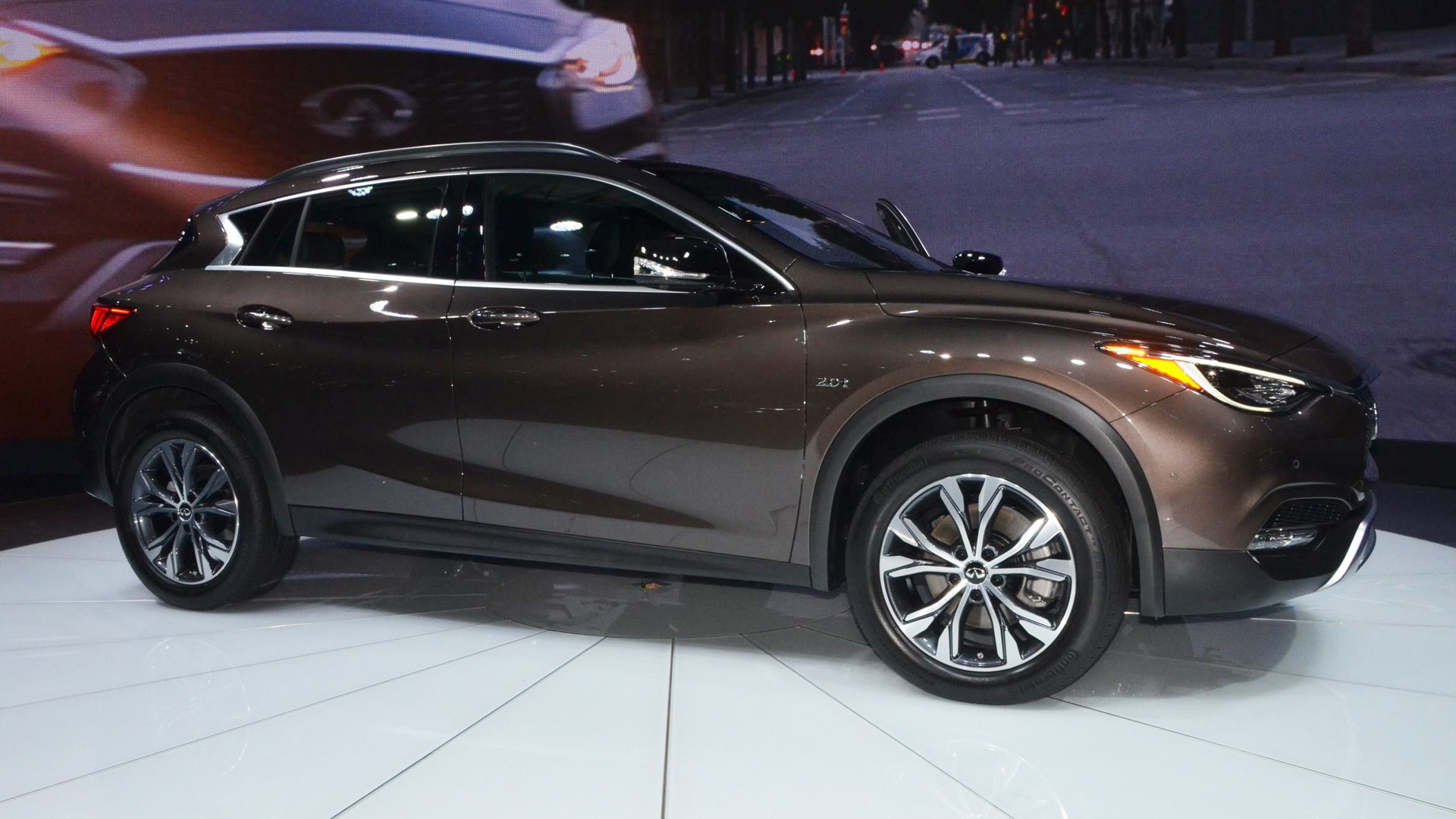 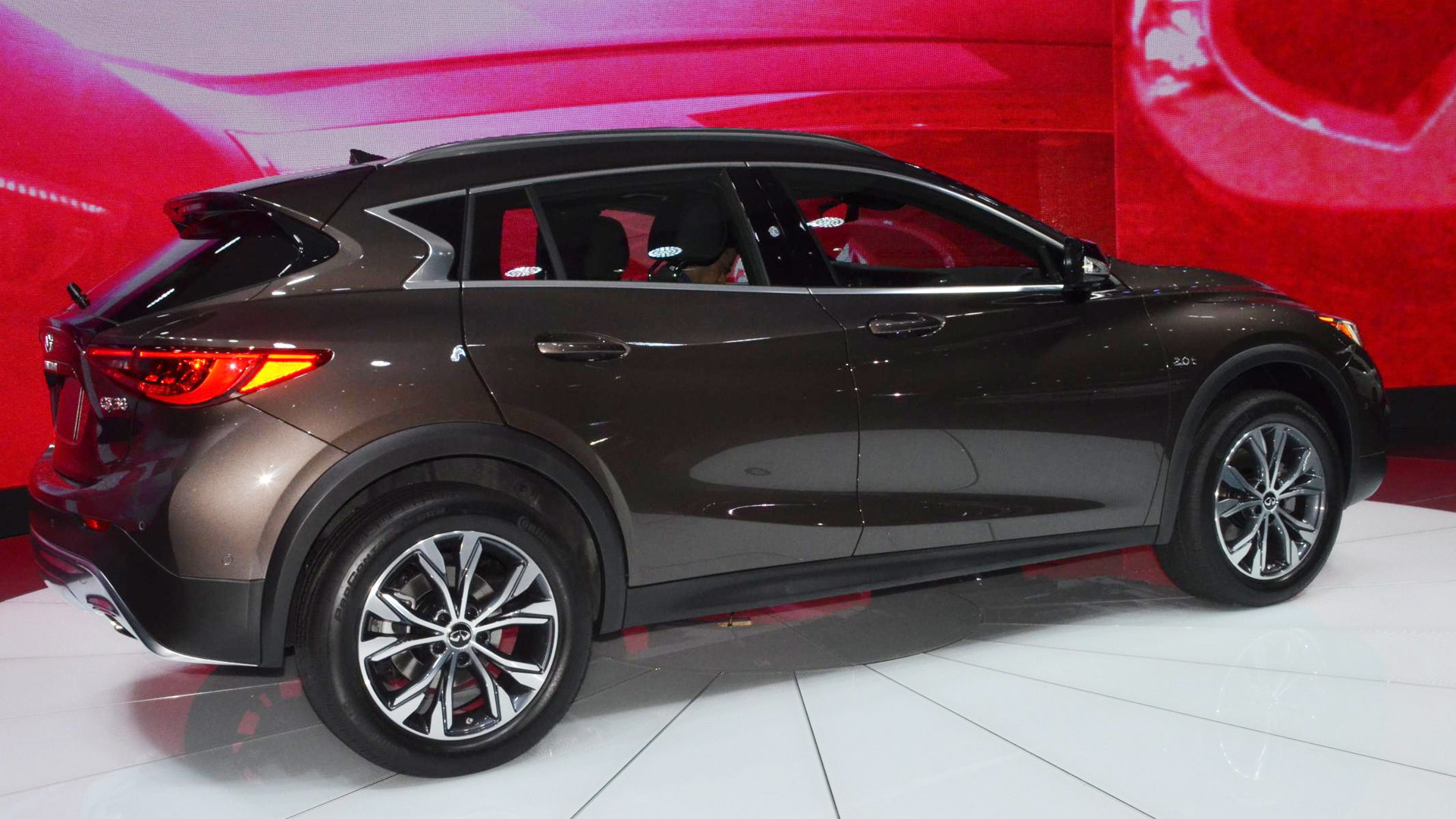 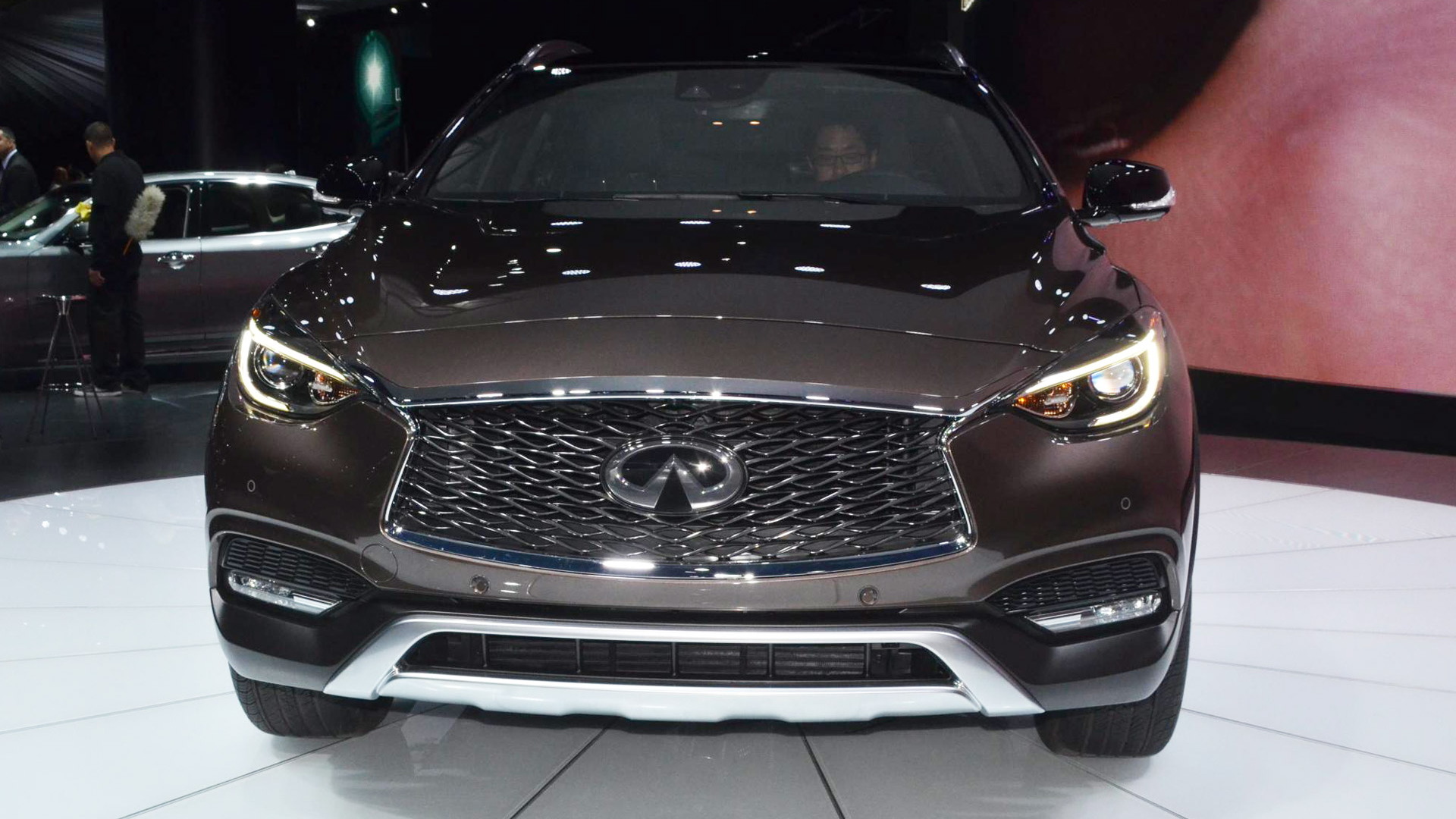 The premium compact class is currently dominated by German brands Audi, BMW and Mercedes-Benz, but that situation will soon change as Infiniti is about to join the fray with two new models: the Q30 and QX30. We’ve already seen the Q30 hatchback and now Infiniti has revealed a QX30 crossover.

The QX30 made its world debut this week at the 2015 Los Angeles Auto Show and sails into showrooms in the second quarter of next year, as a 2017 model. Production will be handled at a Nissan plant located in the United Kingdom, with the car sharing the same line as its hatch sibling.

The design of the QX30 is hardly a shock as Infiniti unveiled a concept version earlier in the year that looks virtually the same. The fluid design combines the sleek lines of a coupe with the commanding seating position of a crossover, and to create a rugged feel the designers also added under protection and large wheels.

In the cabin, asymmetric panels feature wave shapes and sculpted lines and come with contrasting colors for their surfaces.

Infiniti says the design creates a sense of motion for the driver. Cloth trim comes standard but Nappa leather will be offered. Extensive use of sound deadening materials is said to provide the QX30 with one of the quietest cabins in its class.

The infotainment system is Infiniti’s InTouch system which we first saw in the Q50. A 7.0-inch touch-screen display serves as the main input device and is joined by a voice recognition system as well as physical buttons. Other tech features include electronic monitoring systems, a surround view camera and a parking assistant.

Powertrain details are yet to be confirmed but expect the available units to match those in the Q30. This means a range of four-cylinder gasoline and diesel units delivering between 107 and 208 horsepower. In the United States, the sole option is likely to be a turbocharged 2.0-liter four-cylinder delivering the maximum 208 hp. A seven-speed dual-clutch transmission and all-wheel drive will be standard.

More details, including the all-important pricing information, will be announced closer to the market launch next year. In the meantime, read the rest of our L.A. Auto Show coverage over at our dedicated hub.