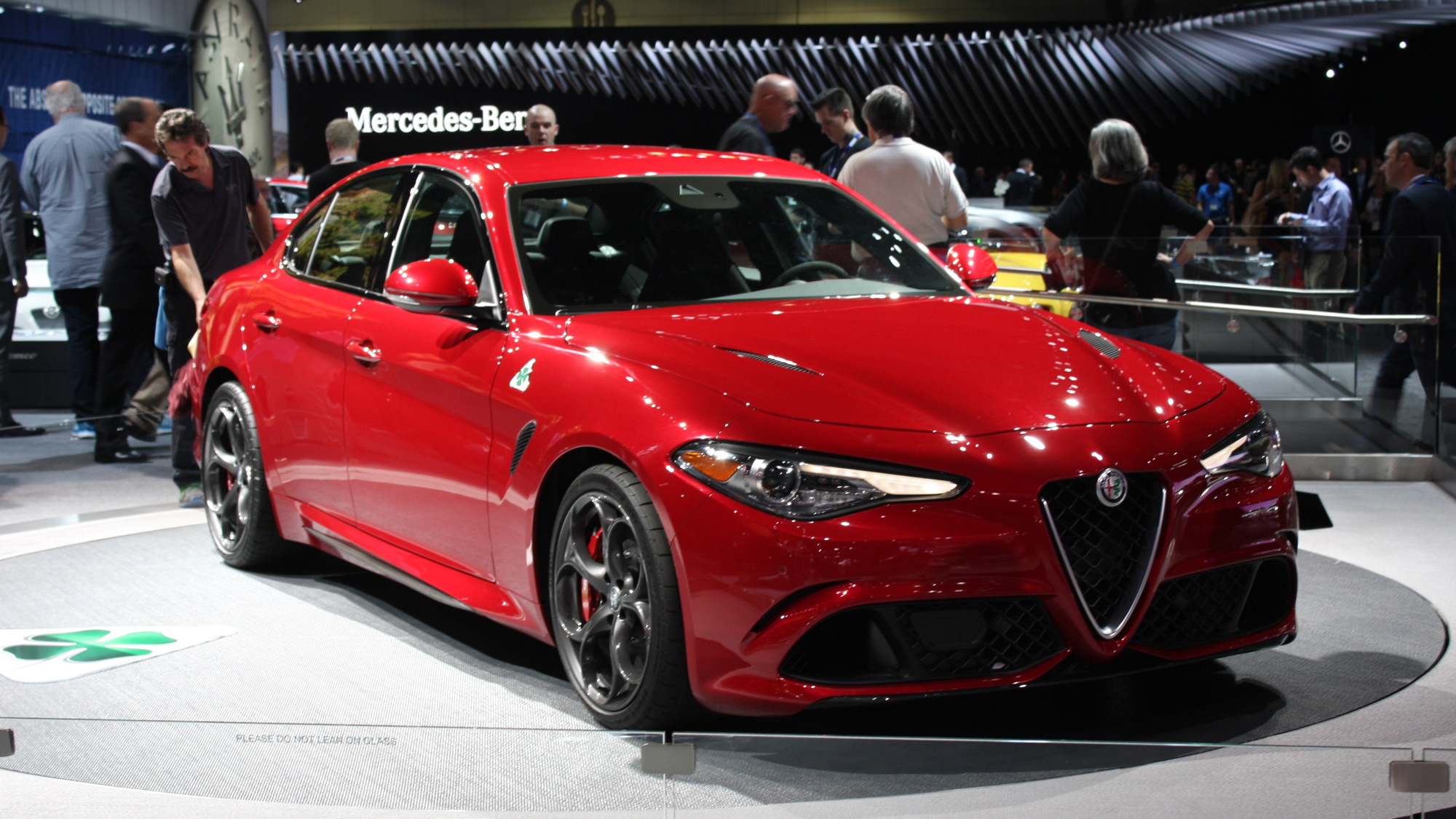 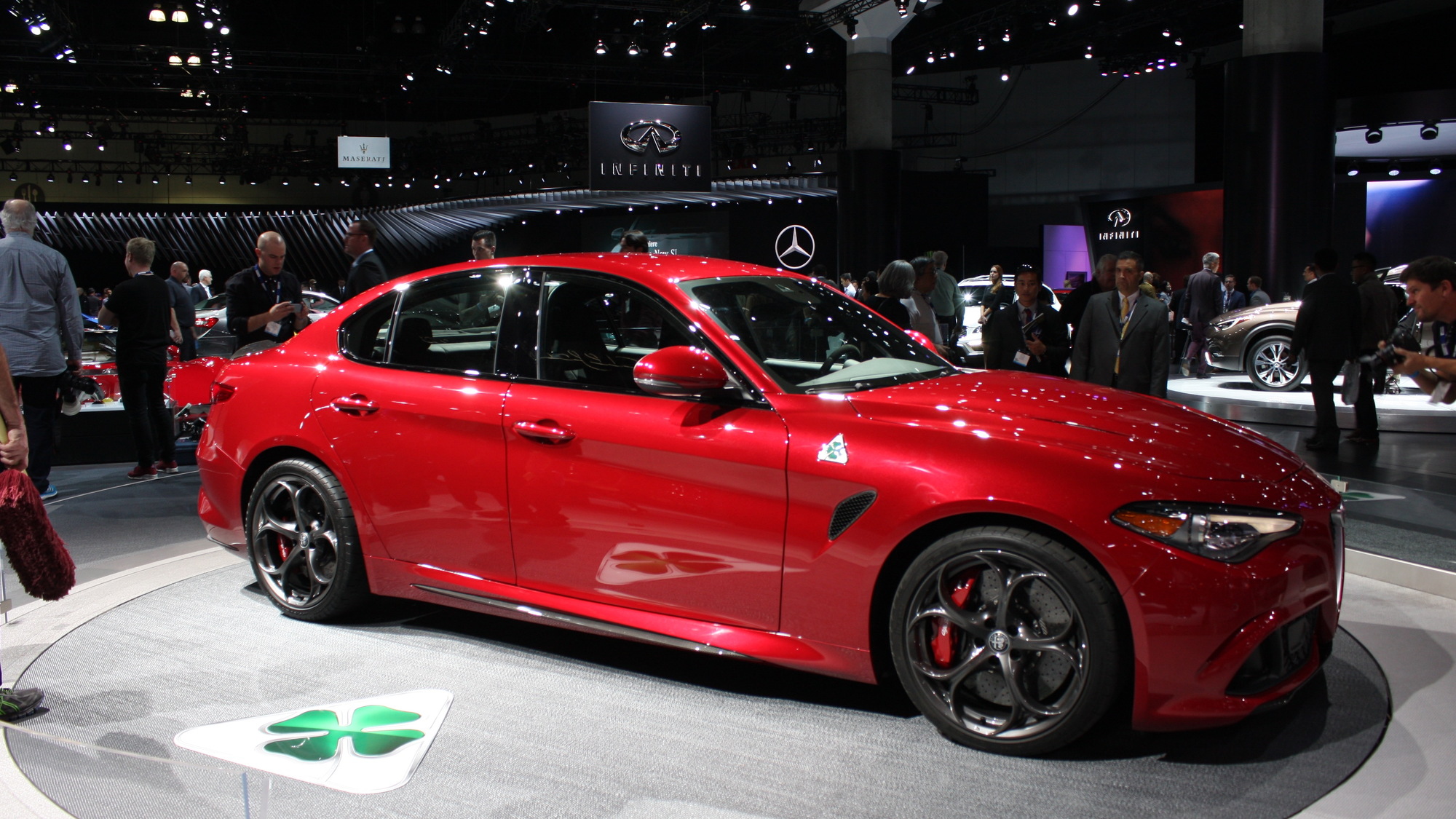 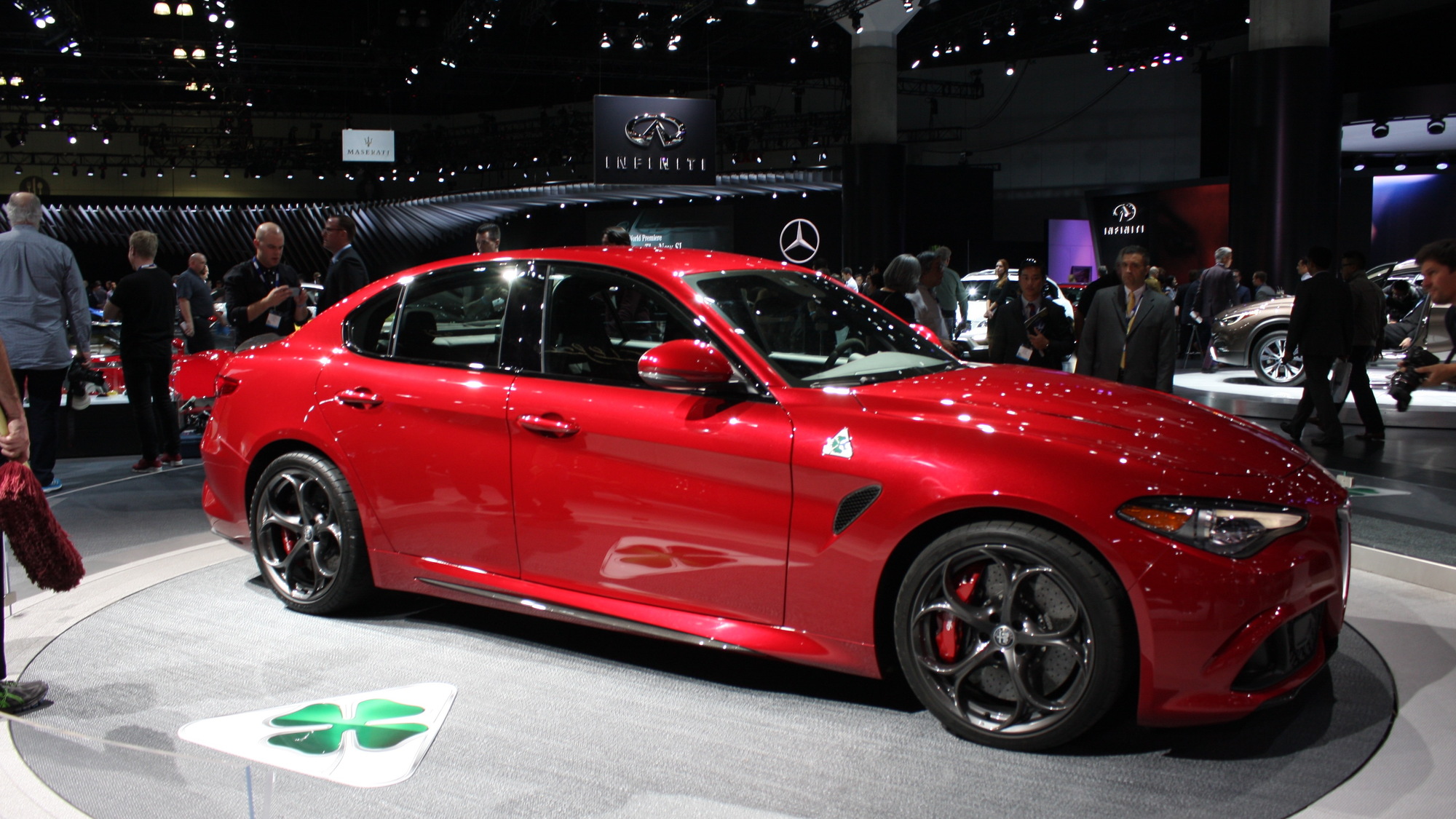 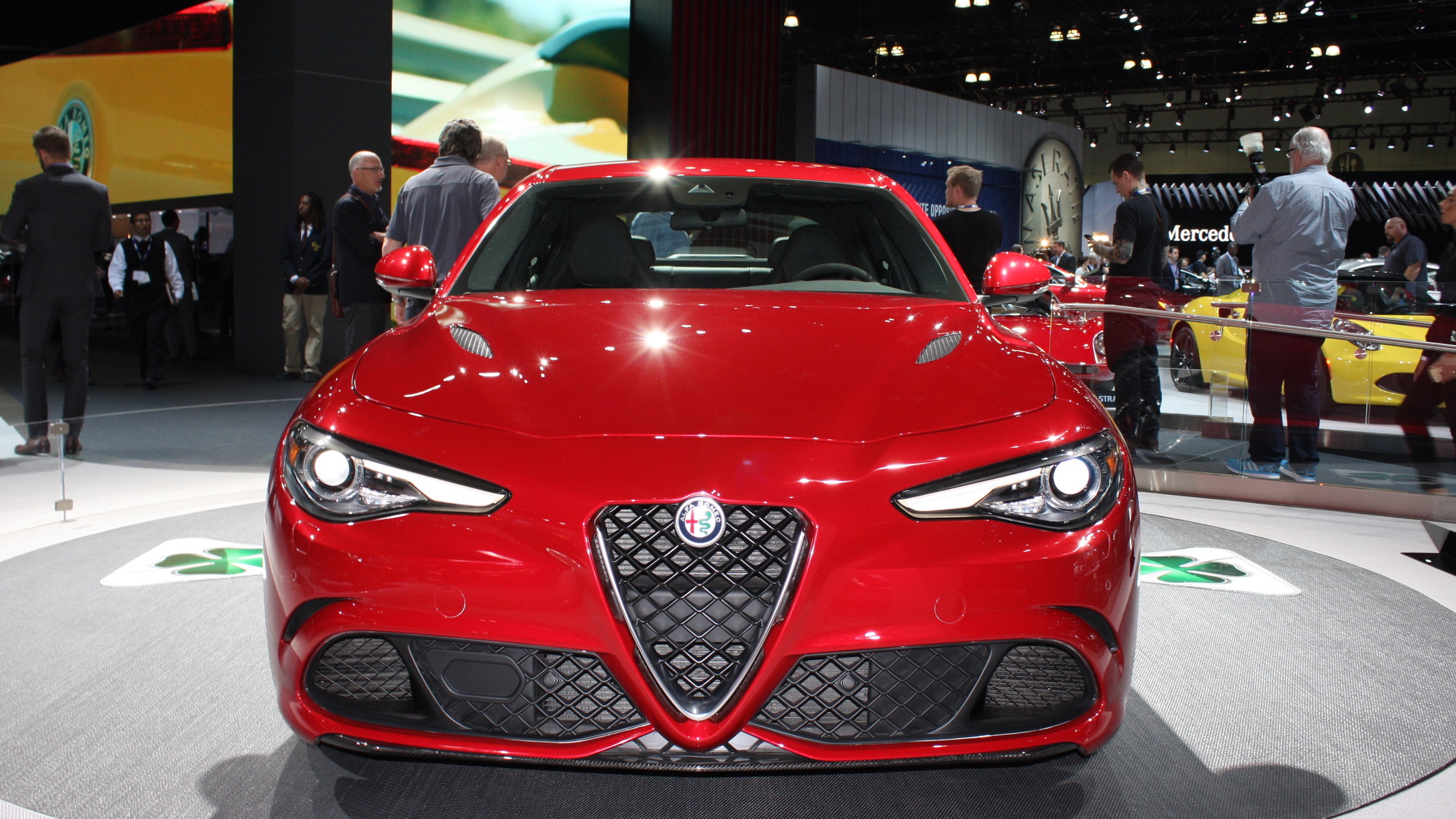 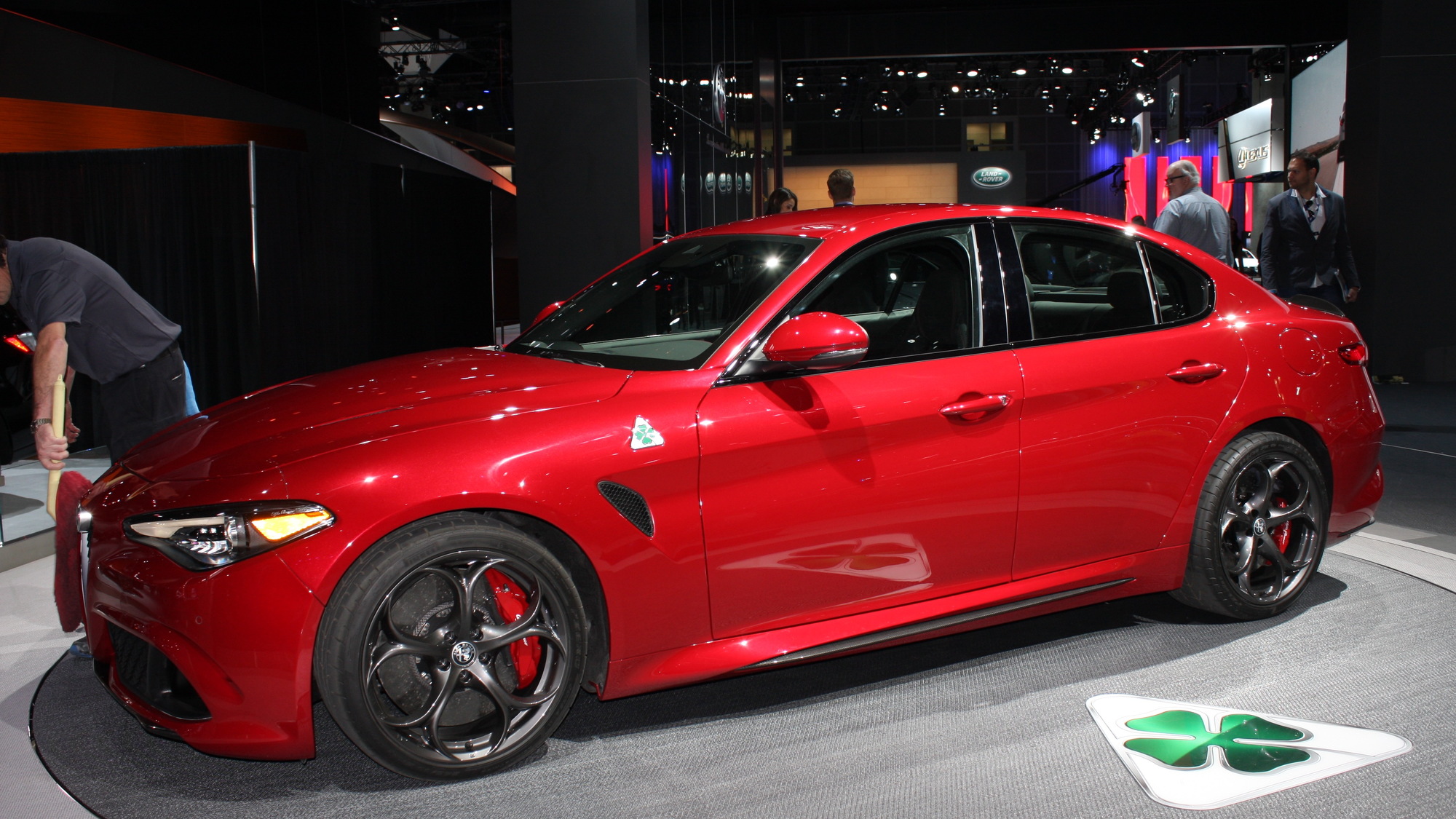 We’ve written extensively about Alfa Romeo’s new Giulia sedan but now, finally, we have the specifications for the United States—coinciding with the Los Angeles Auto Show, this week. First and foremost, Alfa Romeo has confirmed that the Giulia will reach local showrooms late in the second quarter of 2016.

It will arrive exclusively in high-performance Quadrifoglio trim, which is the rival to the likes of the BMW M3, Cadillac ATS-V and Mercedes-AMG C63. This means if you want to be one of the first people to own the car, Alfa Romeo says you’ll need to pay around $70,000.

That may be steep but recall that the Giulia Quadrifoglio can lap the Nürburgring in an incredible 7:39, which according to Alfa Romeo makes it the fastest production four-door around the German track. The 0-60 mph time is a brief 3.8 seconds and the top speed is 191 mph.

This is all thanks to a twin-turbocharged 2.9-liter V-6 pumping out a massive 505 horsepower and 443 pound-feet of torque. Incredibly, boost pressure is up around 35 psi at the peak. The engine is mated to a six-speed manual transmission and spins the rear wheels only, with a rear differential system able to split torque between them.

But what about some saner options? Well, Alfa Romeo has confirmed that the base Giulia in the U.S. will come with a turbocharged 2.0-liter four-cylinder engine delivering 276 hp. This engine will come with Fiat Chrysler Automobiles’ [NYSE:FCAU] MultiAir2 variable valve timing system as well as exhaust gas recirculation technology. Rear-wheel drive will be standard on all models but an advanced all-wheel-drive system with torque vectoring will be available.

As previously reported, the platform of the Giulia is a new design. It will eventually underpin most of Alfa Romeo’s new lineup. For the Giulia Quadrifoglio, the platform incorporates double wishbone suspension up front and a multi-link setup in the rear. Thanks to some aluminum and even carbon fiber in the construction, the Giulia Quadrifoglio weighs in at just 3,360 lbs and has a 50:50 front-to-rear weight distribution. Carbon ceramic brakes and carbon fiber front seats from Sparco are also available.

A special driving mode selector called the Chassis Domain Control controls a number of the chassis systems such as the torque vectoring between the rear wheels, the active front splitter, plus the suspension, brakes, steering and stability systems. The various modes include Dynamic, Natural, Advanced Efficiency and Race.

Inside, there’s an asymmetric-styled instrument panel, featuring a driver-focused cockpit. Wrapped in leather and Alcantara, and highlighted by real carbon fiber, aluminum and accent stitching, the Giulia Quadrifoglio features a bespoke look that you’d normally expect in a supercar.

The instrument cluster is made up of a 7.0-inch configurable screen and two large white-on-black face analog gauges. In the center of the dash sits a second, 8.8-in screen used for the Connect 3D Nav infotainment system. This enables full connectivity with all mobile devices running Apple iOS and Android operating systems, while the navigation system employs high-resolution 3D TomTom maps and Dead Reckoning technology to compensate for areas with poor GPS reception. A rotary pad offers a gesture recognition system, allowing the driver to interact with the screen simply by moving fingers on the pad.

The 2017 Alfa Romeo Giulia Quadrifoglio is on show this week at the L.A. Auto Show. For more of our coverage, head to our dedicated hub.