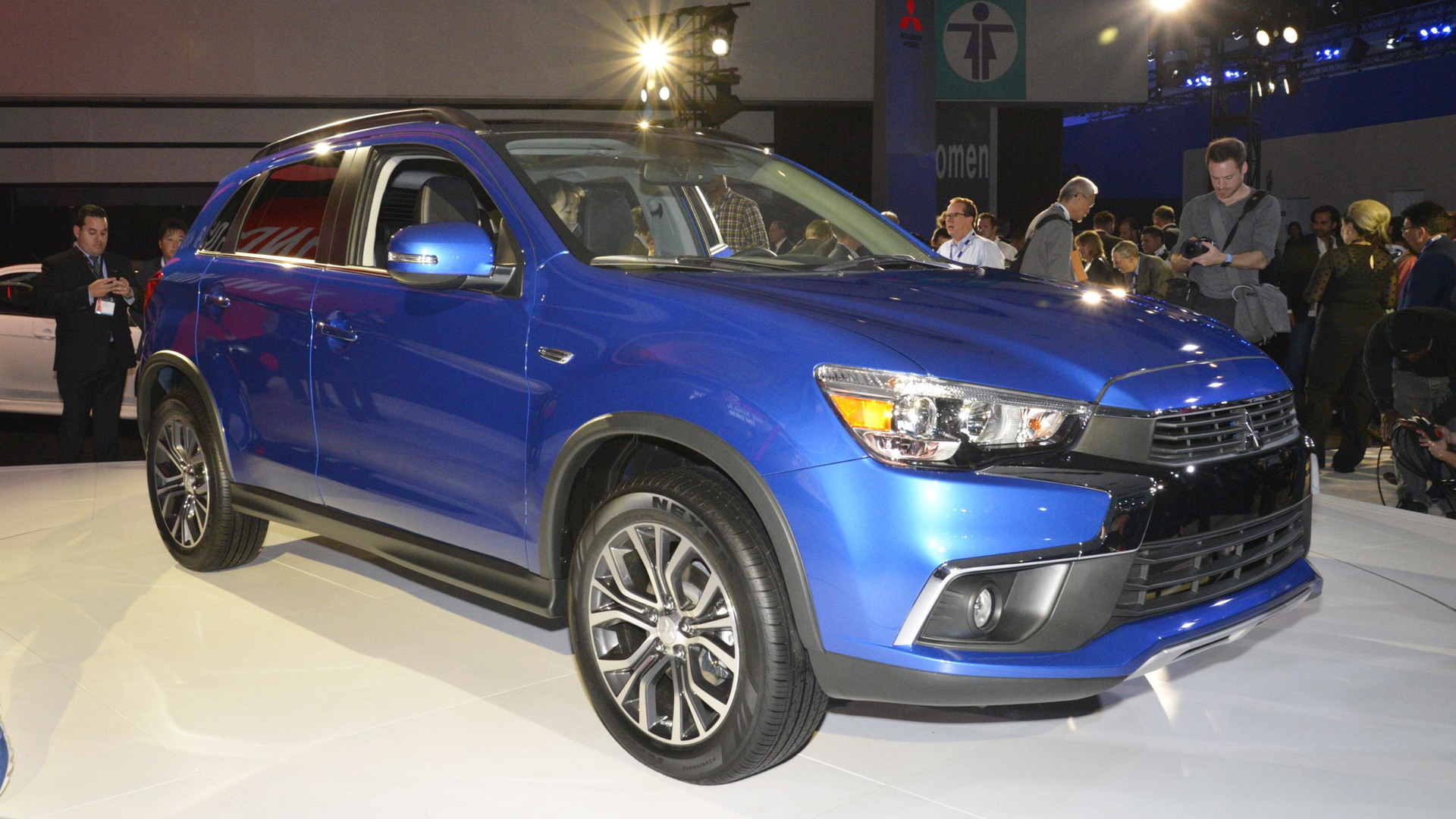 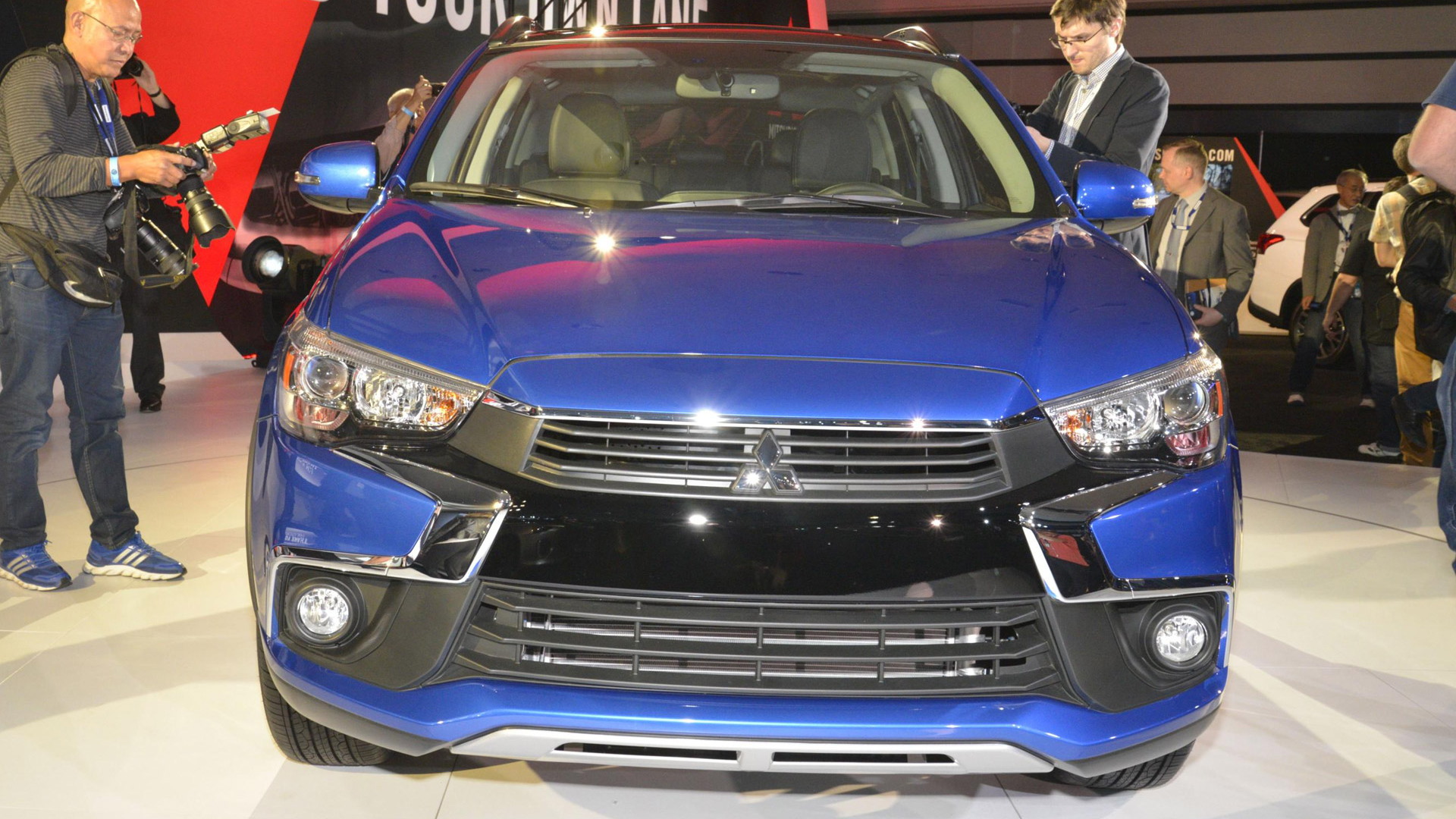 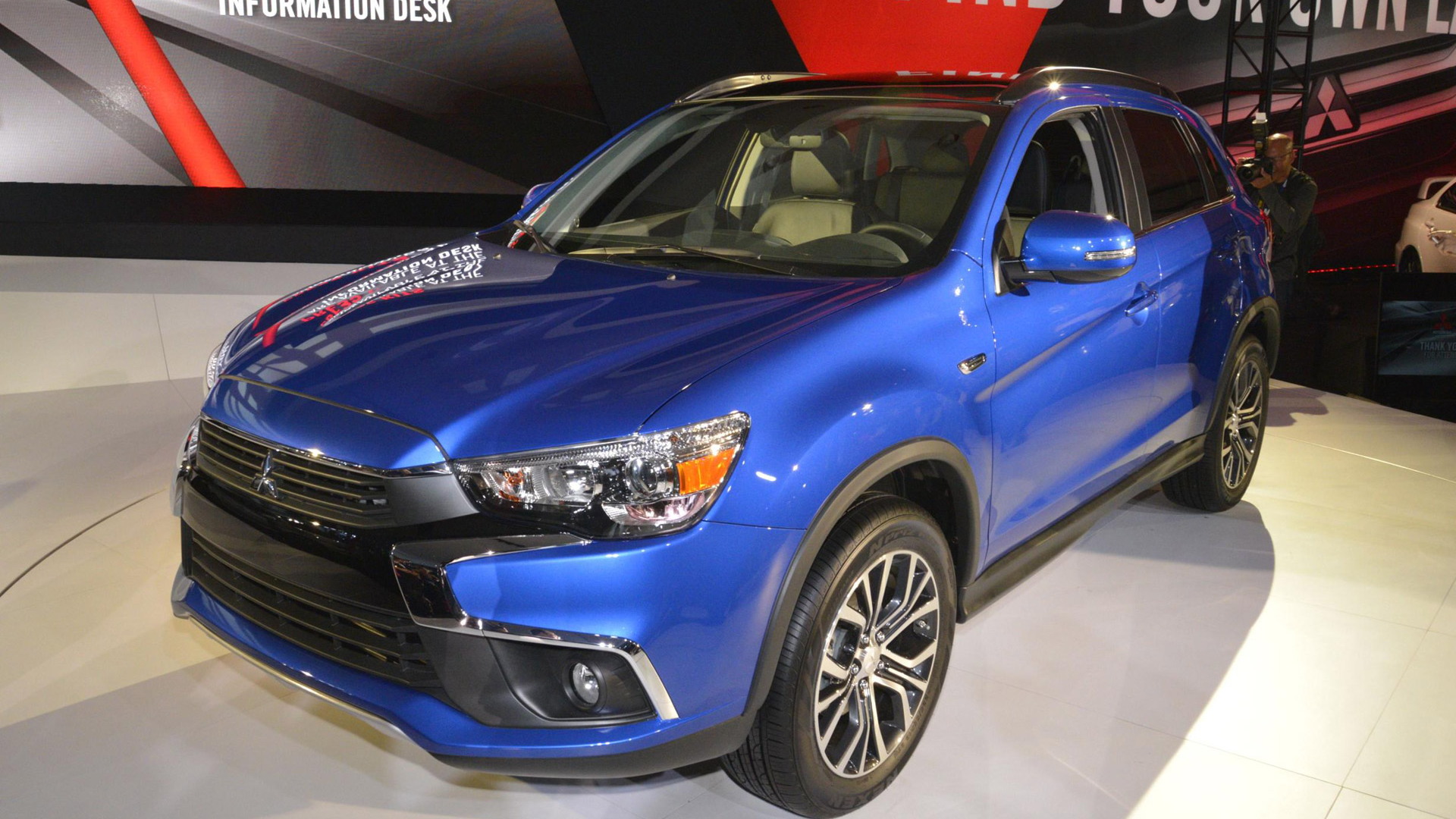 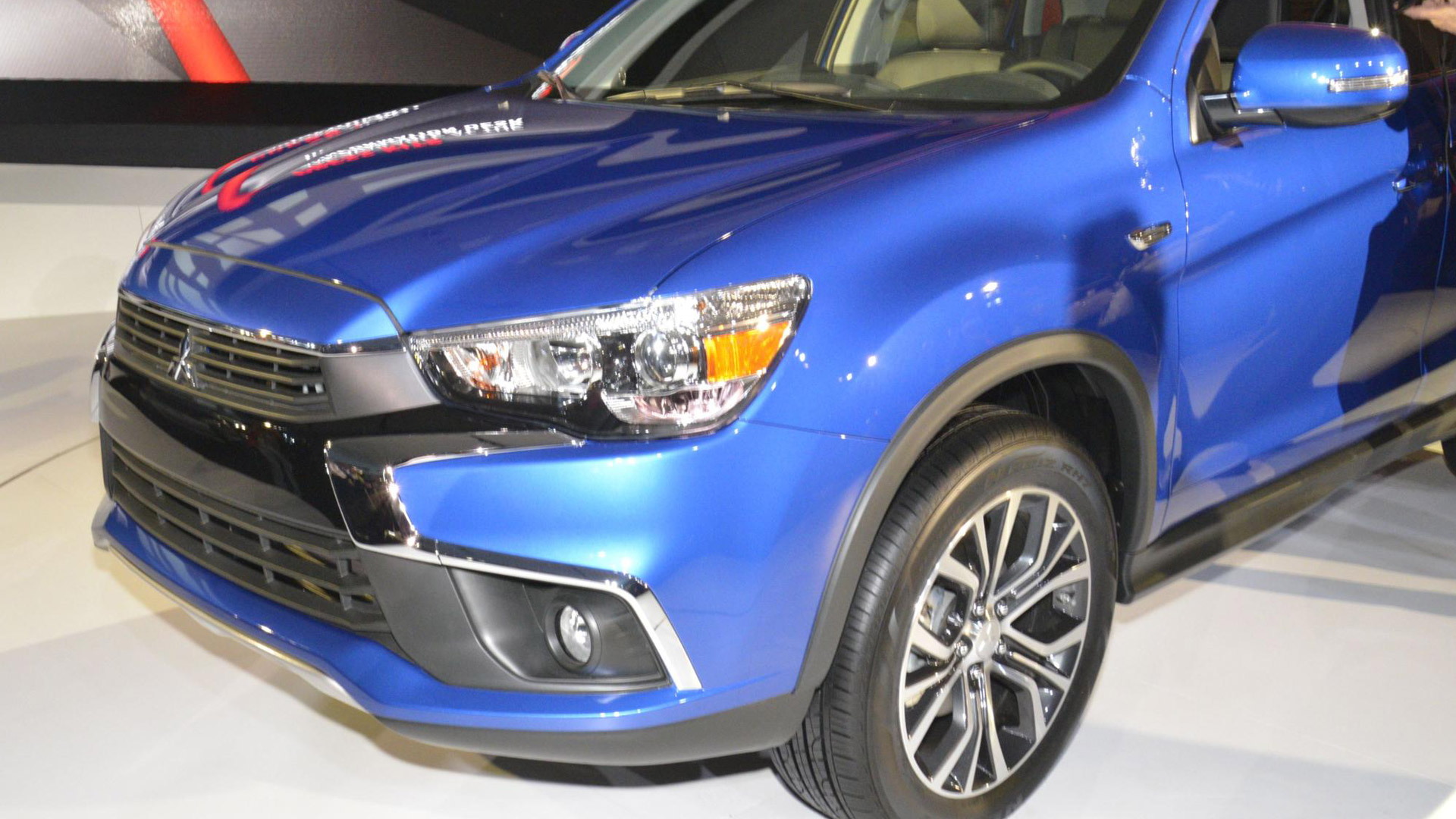 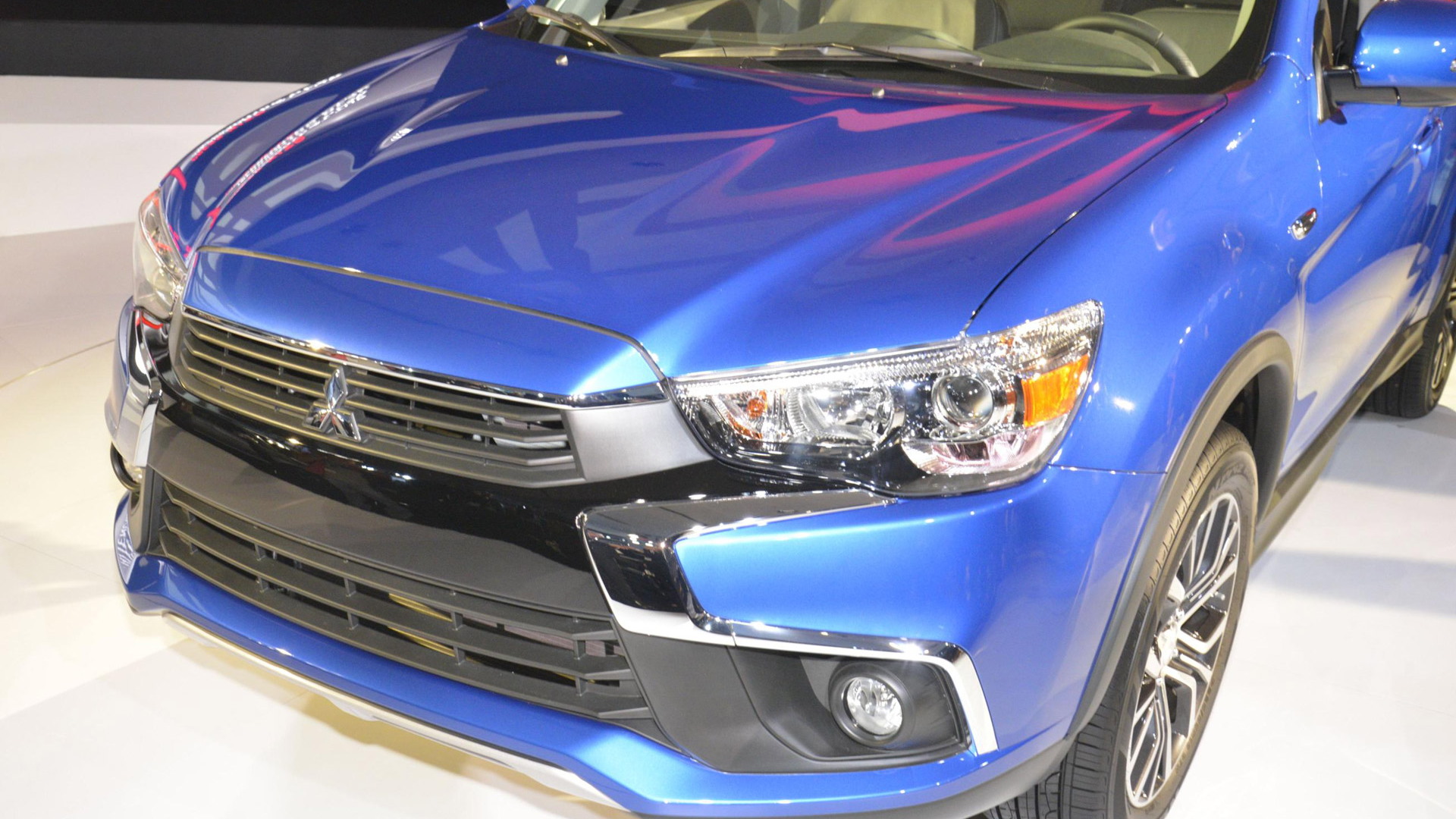 Over the past year, Mitsubishi has been teasing us with a series of edgy crossover concepts previewing its next-generation Outlander Sport. That isn’t the vehicle you see here.

Making its debut this week at the 2015 Los Angeles Auto Show is an updated version of the current Outlander Sport that we first saw in 2010. Technically, this is the compact crossover’s second update as Mitsubishi previously updated it in 2012.

The latest update can best be described as putting lipstick on a pig. The Outlander Sport is seriously outdated next to newer rivals like the Mazda CX-5 and Kia Sportage, especially in the interior department. The cabin is dull and gray and filled with hard, cheap-looking plastic.

The biggest change made to the Outlander Sport is the new front section, which adopts Mitsubishi’s ‘Dynamic Shield’ design the automaker is rolling out across most of its lineup.

There’s been no mention of powertrain updates so expect the 2015 model’s units to carry over. That means either a 2.0-liter four-cylinder with 148 horsepower and 145 pound-feet of torque or a 2.4-liter four with 168 hp and 167 lb-ft. Transmissions include five-speed manual and CVT options.

The starting price for the 2016 Mitsubishi Outlander Sport is $19,595, including destination.

Sharing Mitsubishi's stand in L.A. is an updated version of the Mirage subcompact, which is being introduced as a 2017 model. For more from the show, head to our dedicated hub.