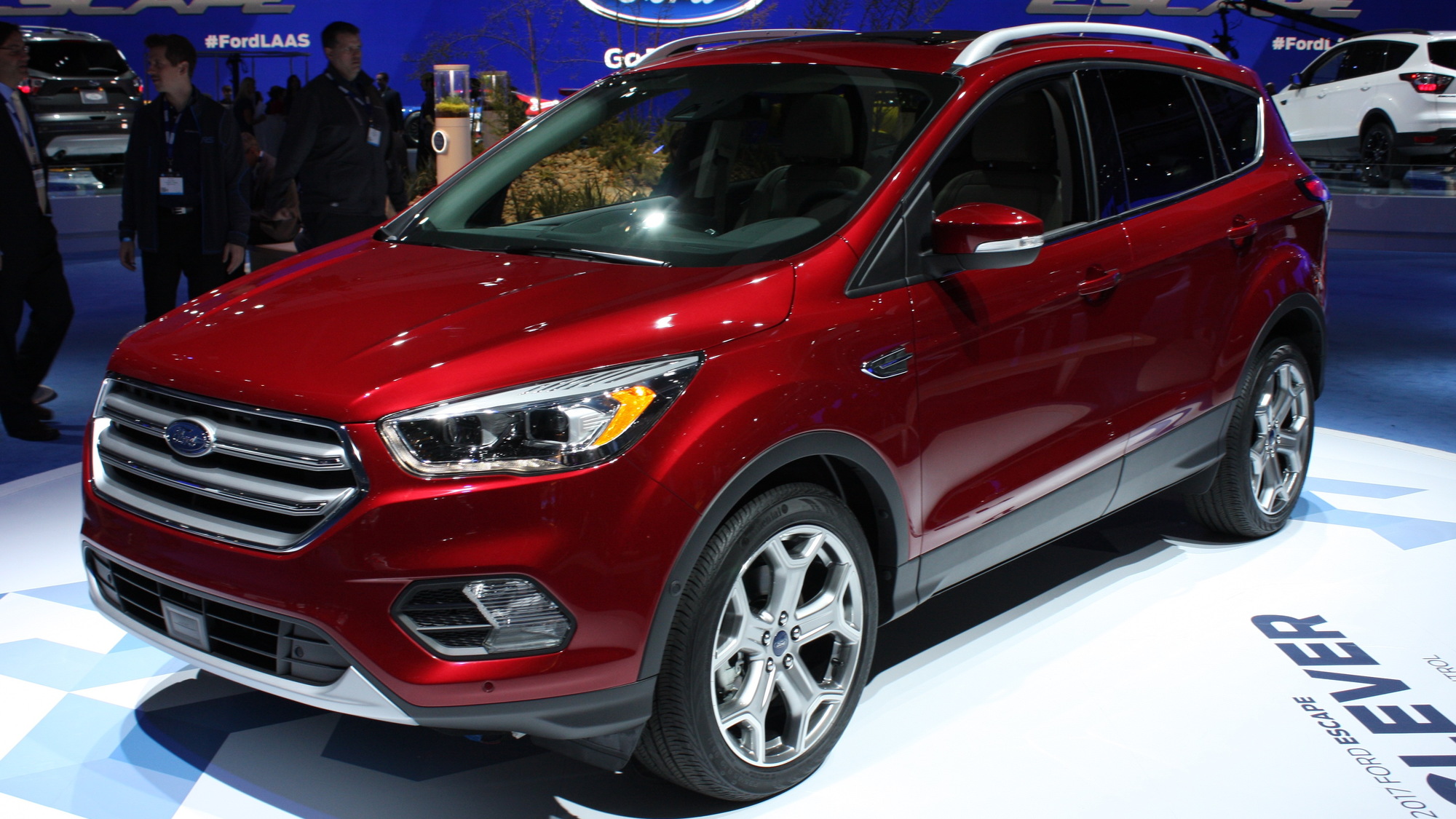 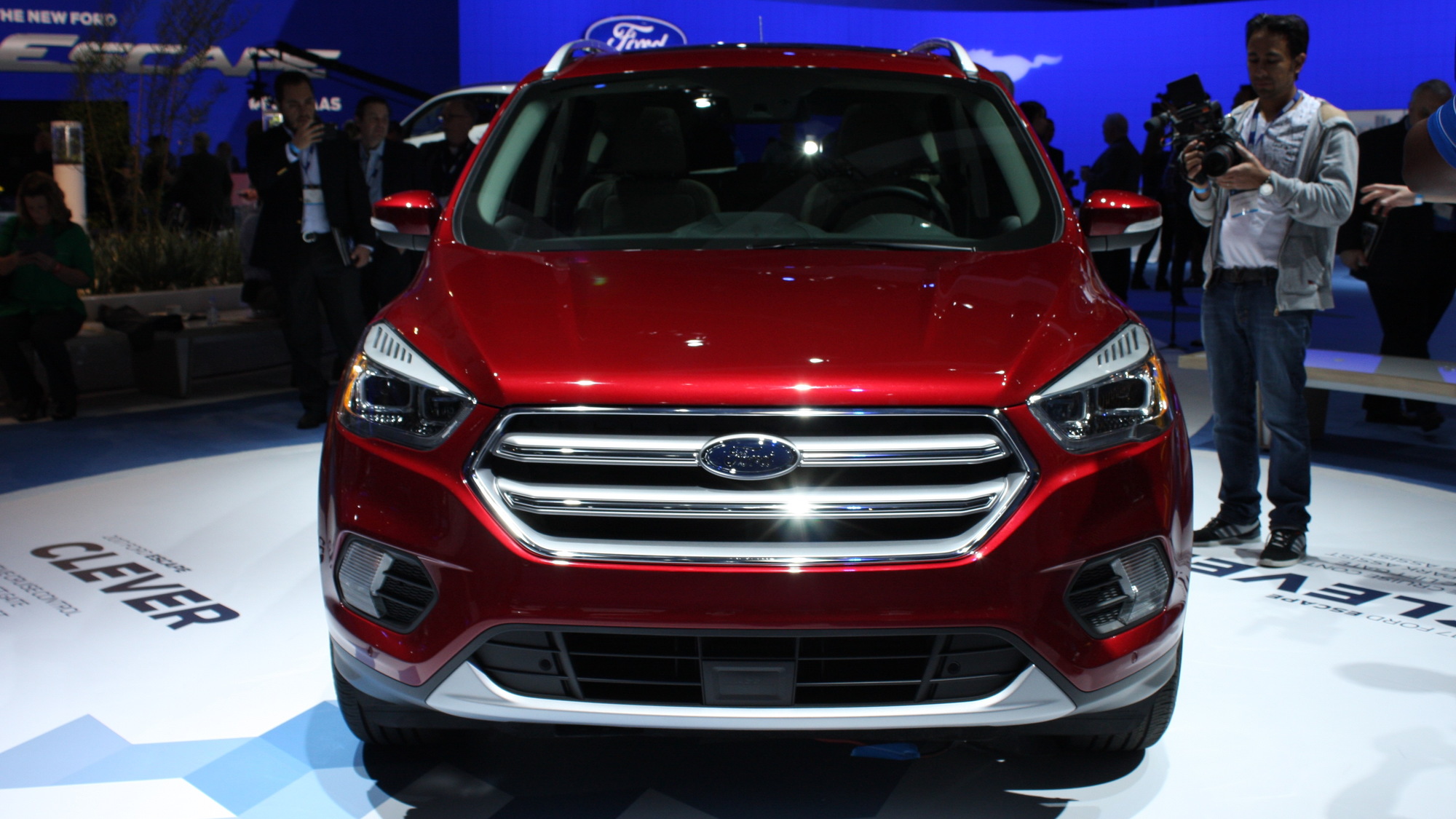 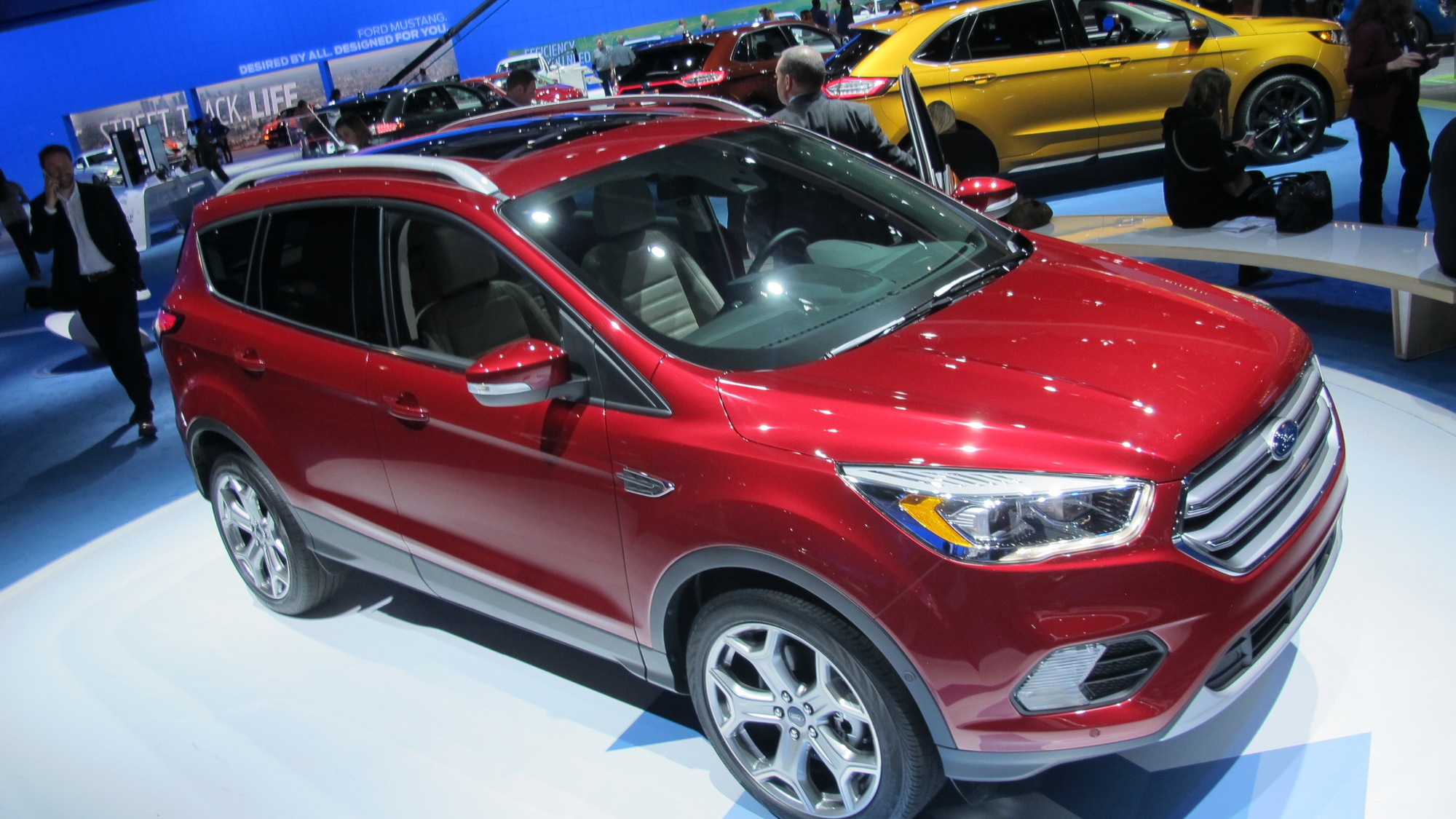 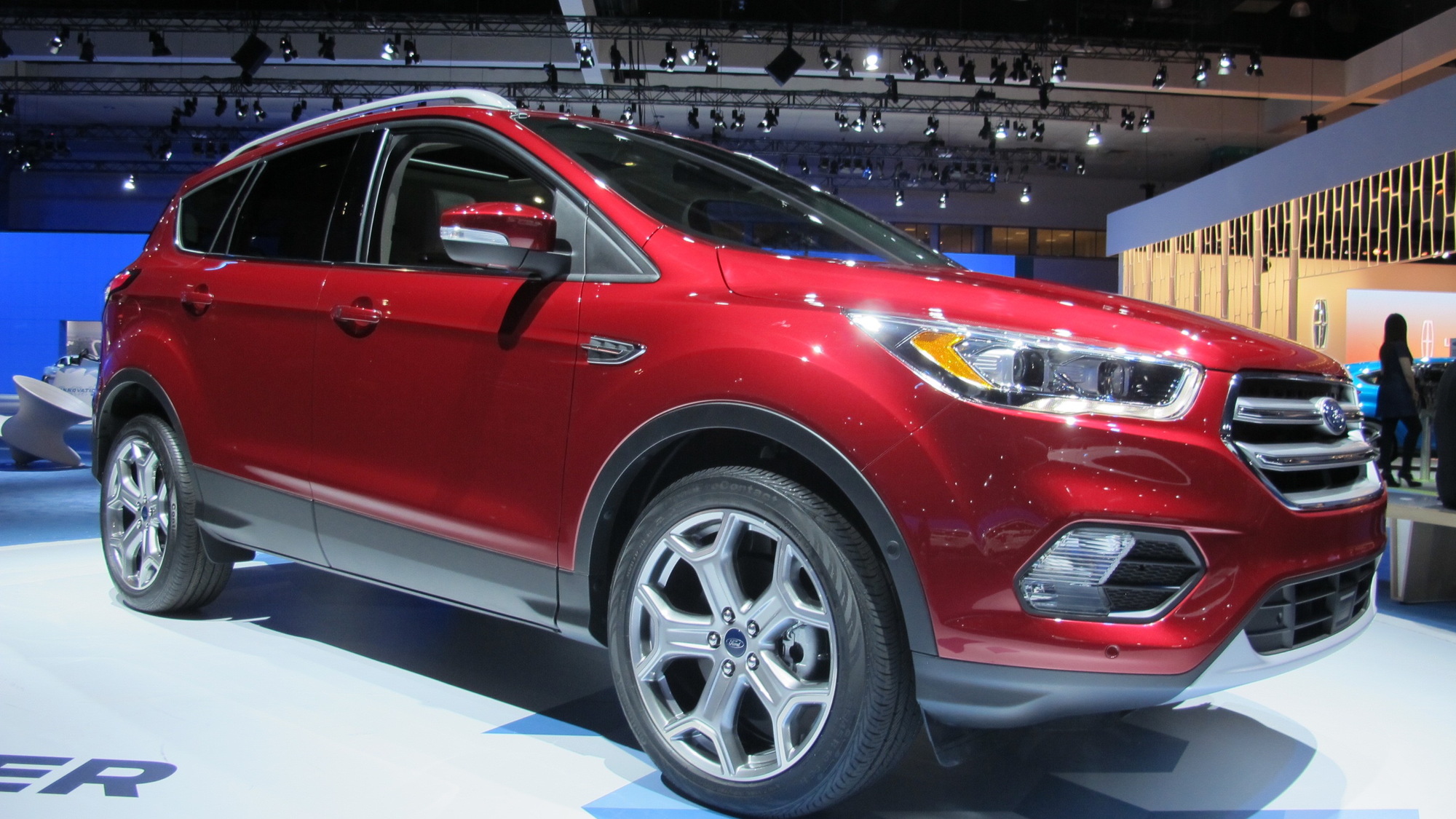 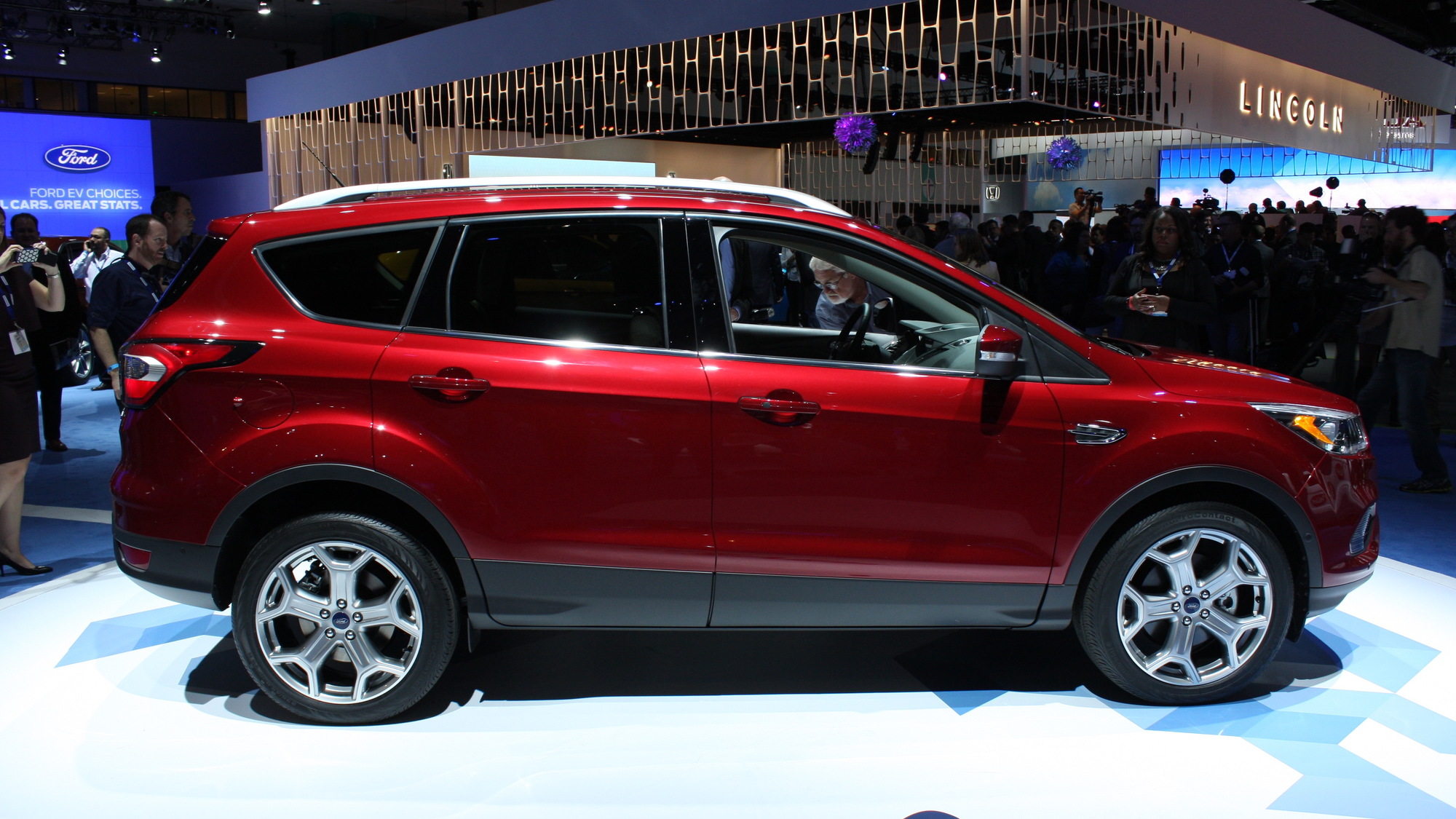 It was at the Los Angeles Auto Show four years ago that Ford Motor Company [NYSE:F] introduced the current Escape. At this year’s show, Ford presented an updated version of its popular compact crossover brimming with new tech features, fuel-efficient EcoBoost engines and revamped styling.

The lineup remains the same, with the S, SE and Titanium trim levels all carrying over. The base S continues with its 2.5-liter four-cylinder engine while the SE and Titanium benefit from new EcoBoost four-cylinder engines displacing 1.5 and 2.0 liters respectively. These new engines replace the 1.6- and 2.0-liter units currently offered. A six-speed automatic is standard but buyers can choose between front- and all-wheel drive.

When it comes to tech, the updated Escape is fitted with numerous electronic driver aids, either standard or available. These include adaptive cruise control and forward collision warning with brake support, a lane-keeping system and enhanced active park assist. There’s also Ford’s new Sync Connect, which allows you to remotely access the vehicle via apps on your smartphone. The technology provides vehicle location, as well as key vehicle information such as tire pressures, battery and fuel levels.

The updated Escape is due to go on sale next year, as a 2017 model. Key rivals include the Honda CR-V, Hyundai Santa Fe Sport, Mazda CX-5, Nissan Rogue, Toyota RAV4 Volkswagen Tiguan.

For more on the 2017 Ford Escape, read the in-depth preview over at The Car Connection. And for more L.A. Auto Show coverage, head over to our dedicated hub.