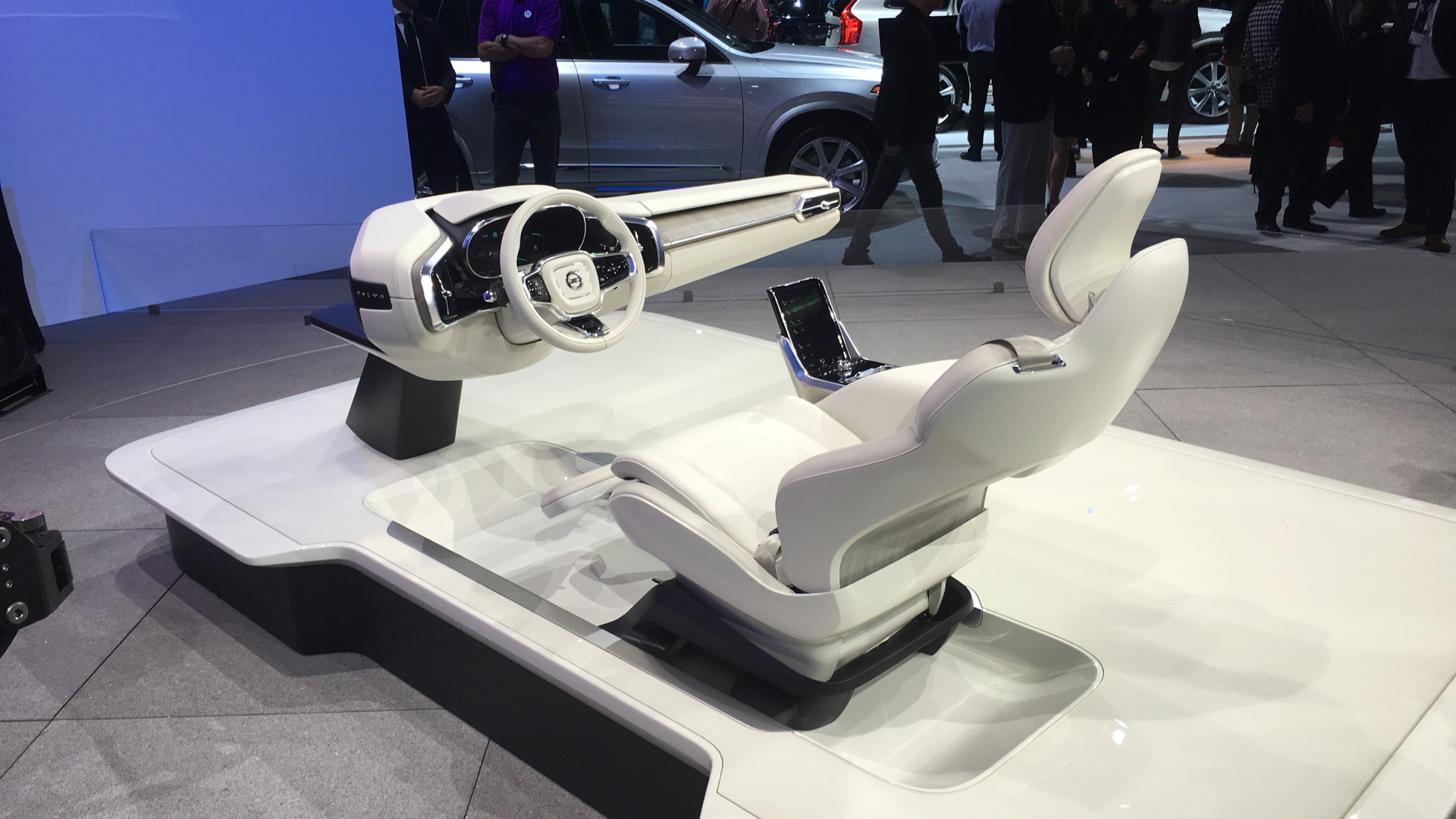 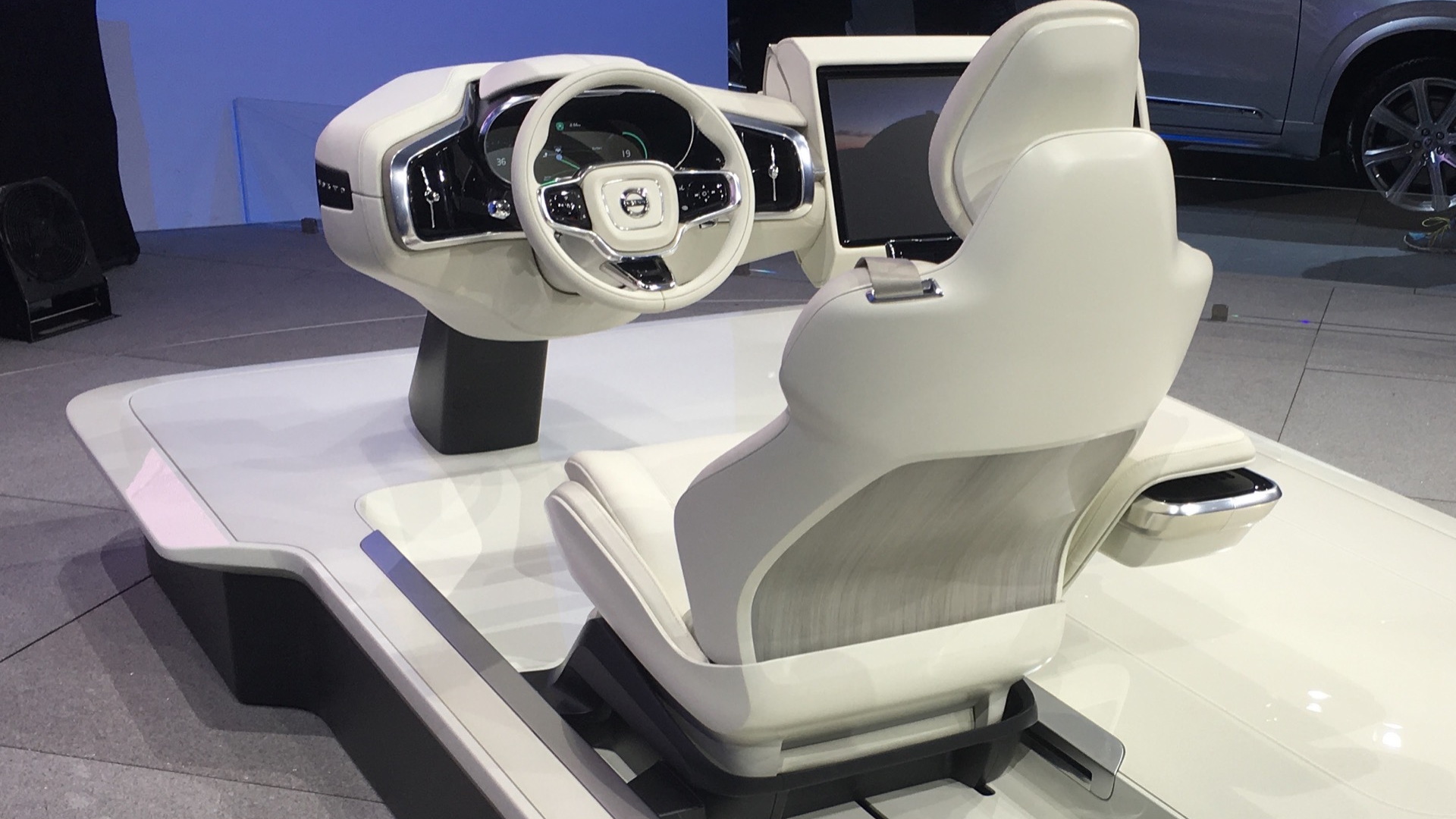 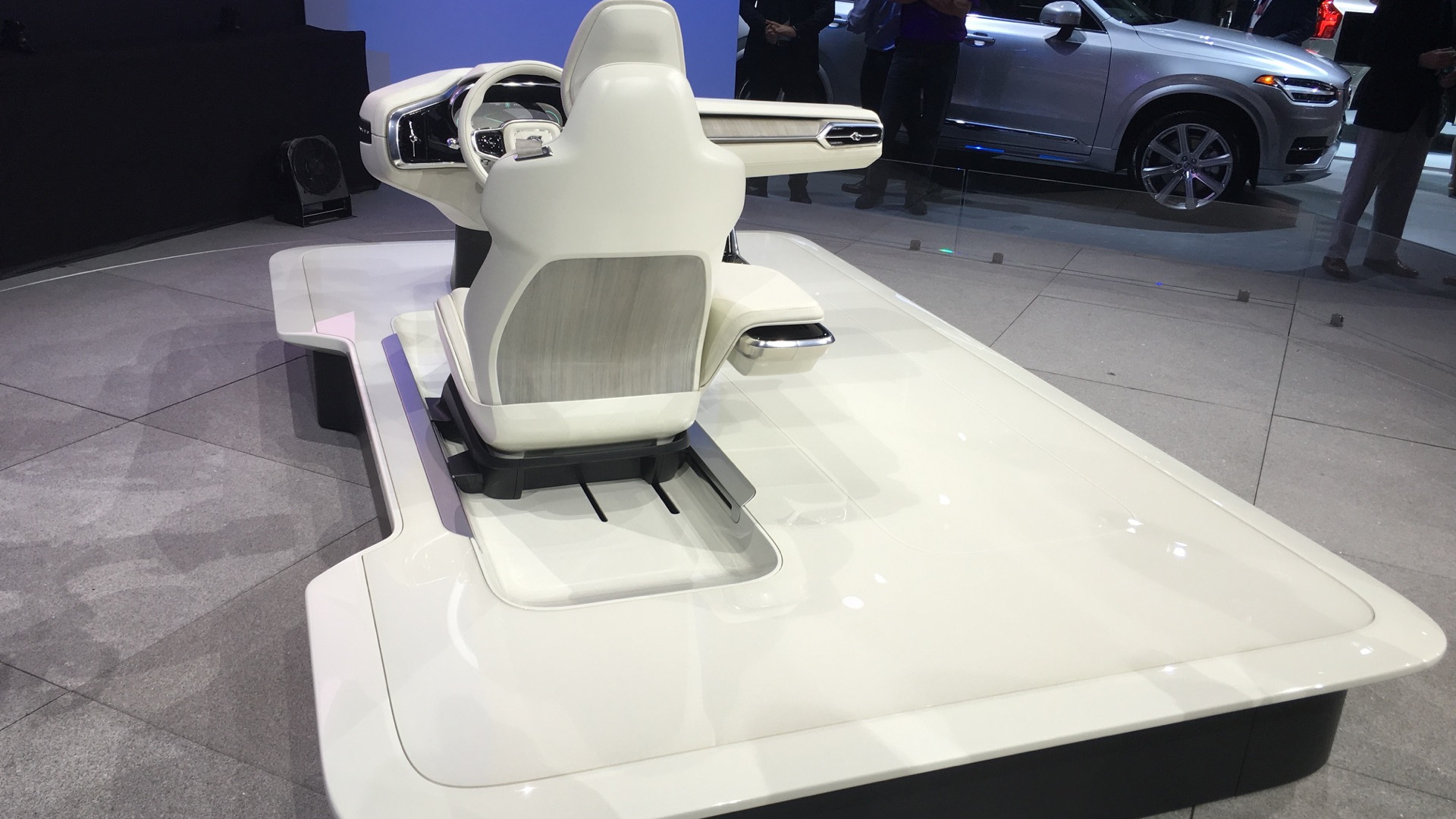 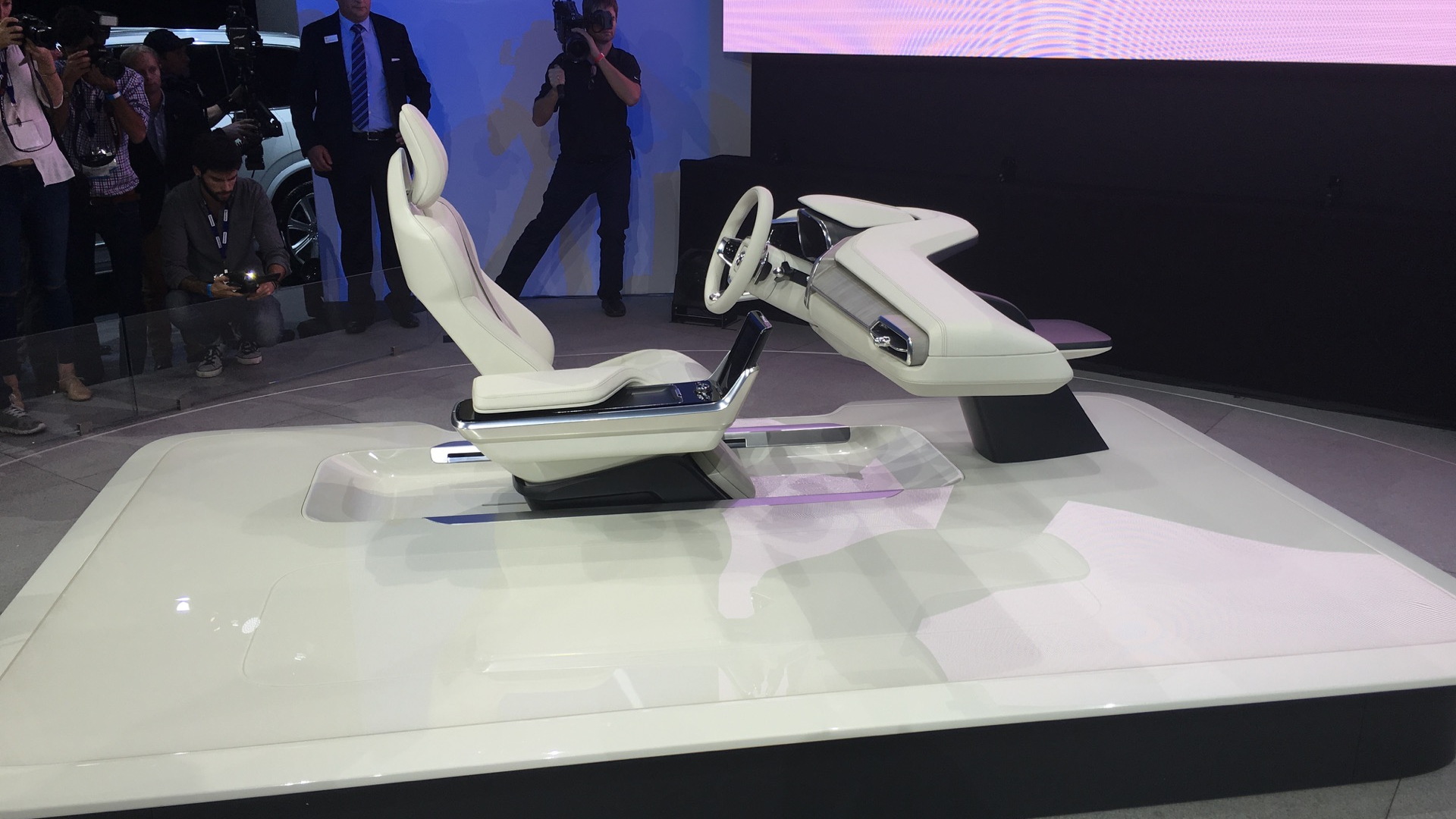 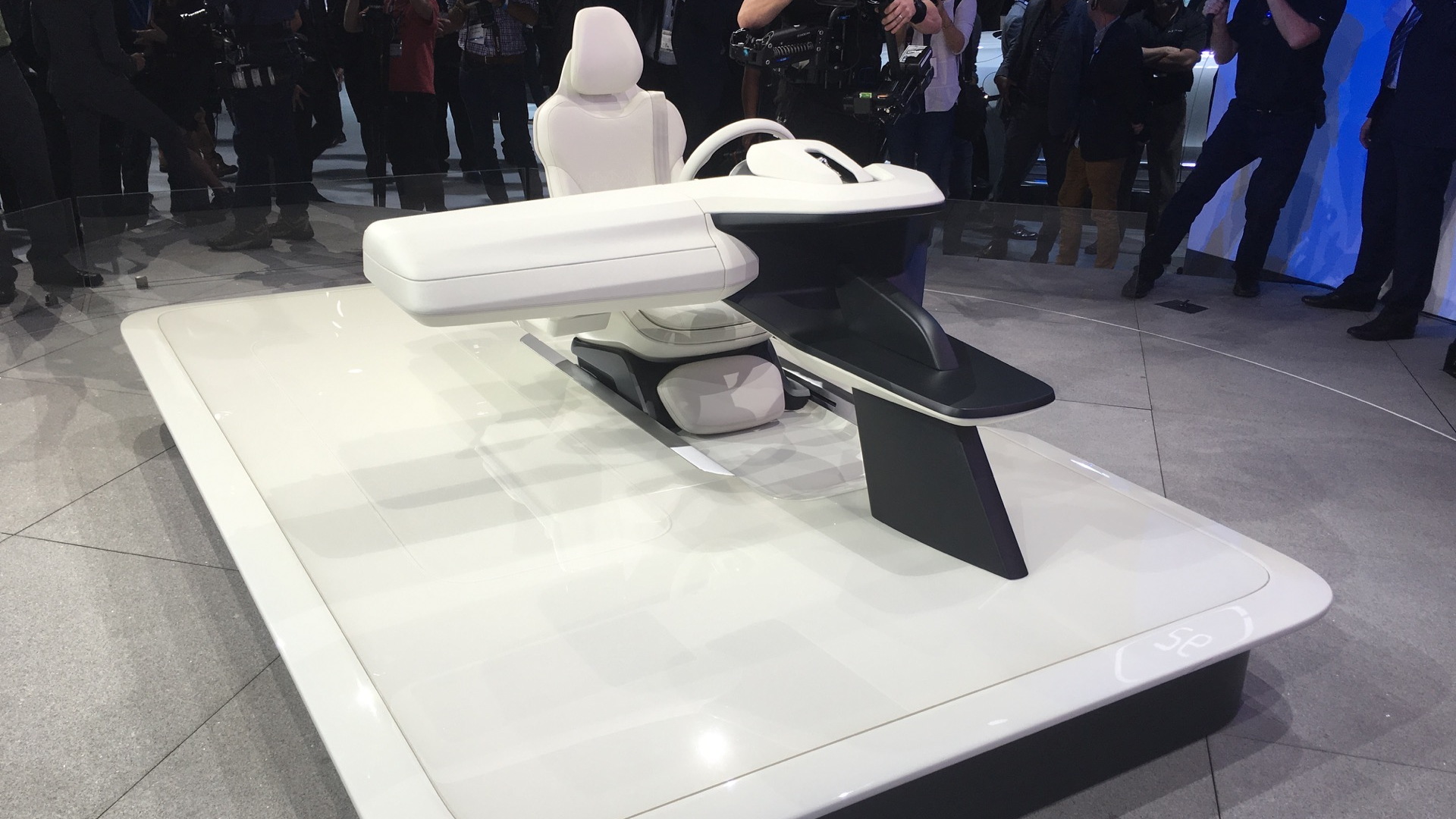 A handful of firms has started showing off concept cars in which actually doing the driving is optional. Utilizing autonomous car technology, these concepts preview a world where cars are able to drive themselves, essentially becoming an office or lounge on wheels for their owners. Some recent examples include Mercedes-Benz’s F015 and Rinspeed’s XchangE.

Volvo is one of the leaders in the development of autonomous car technology, and together with Sweden’s Drive Me project will loan 100 of its XC90 SUVs equipped with autonomous technology to the public on a trial basis starting in 2017. The cars will be capable of autonomously driving on approximately 31 miles of selected roads in the Swedish city of Gothenburg, but what might a Volvo be like where the car can handle all driving situations on its own?

Volvo’s Concept 26 unveiled today at the 2015 Los Angeles Auto Show hints at what’s to come when cars can be trusted to handle all driving situations without the need for a human driver. The Concept 26 isn’t a complete car but rather various interior configurations that create a new experience when driver no longer need to focus on the driving task.

If you’re wondering that the “26” in the name stands for, Volvo explains that an autonomous car could free up 26 minutes per commute for the average American. That works out to be several hundred hours per year.

The concept features three different modes—Drive, Create and Relax—that the driver can choose from. Drive, obviously, is the mode you select when you actually want to do the driving. The Create mode allows the driver to configure the interior in various ways to suit a task their desire such as reading, watching television or working at a desk. Finally, the Relax mode allows the driver to lie back and simply relax.

The concept features a special seat that cradles the driver at all times, including through the transformation between the different modes. In addition, there is a tablet interface in the center console, a foldable tray table, and a 25-inch, flat-screen monitor that flips up from the passenger side dashboard.