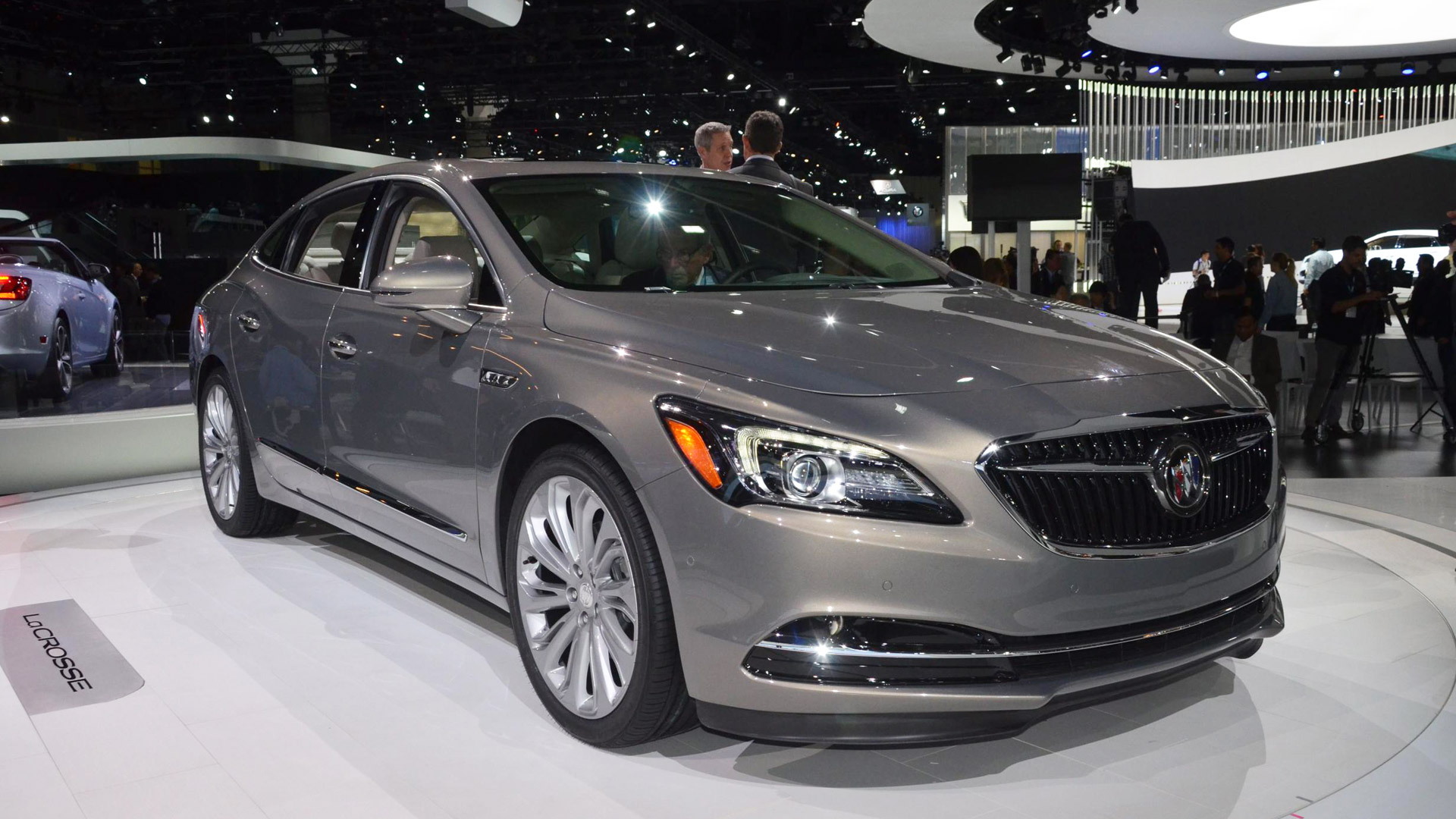 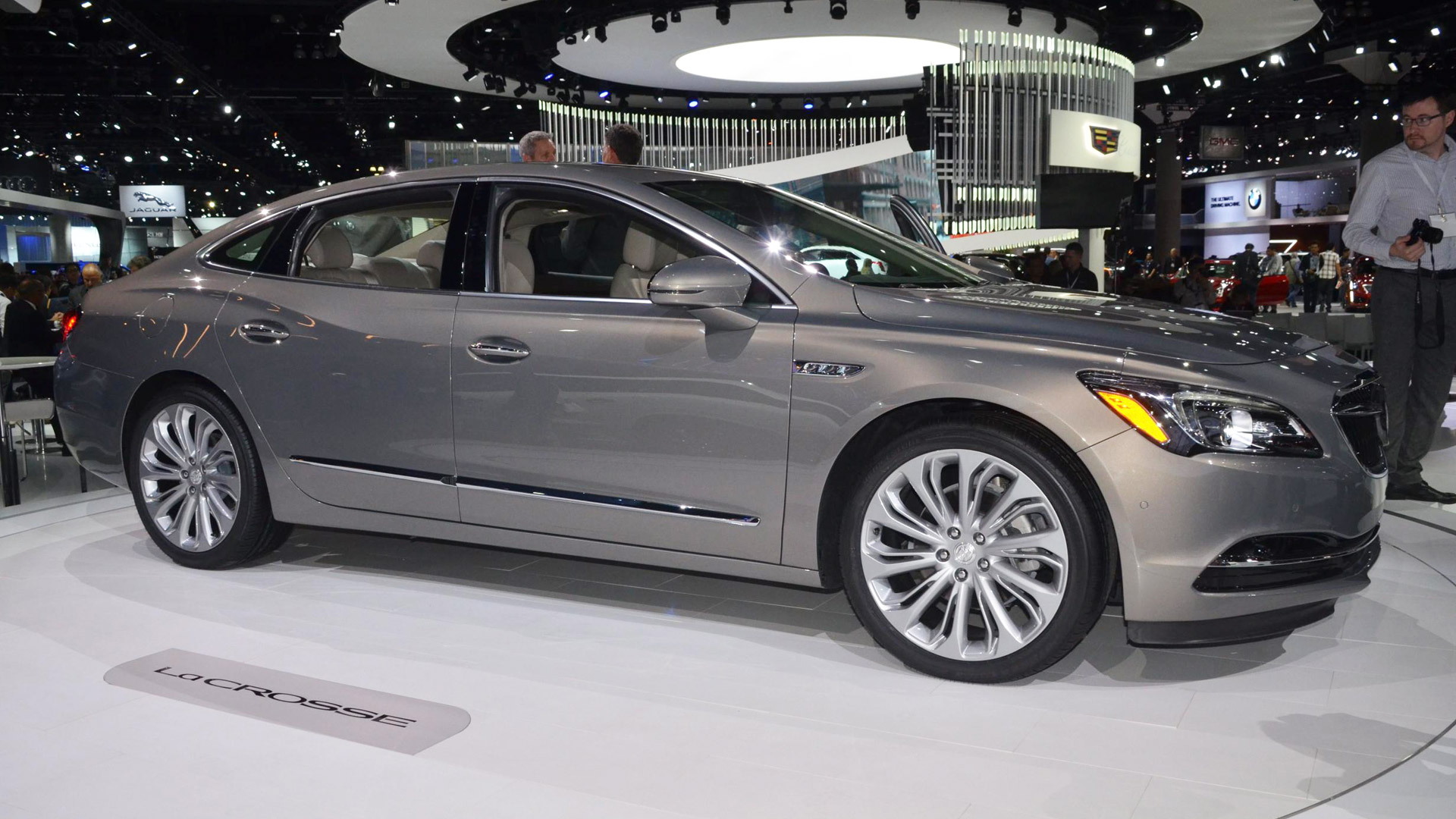 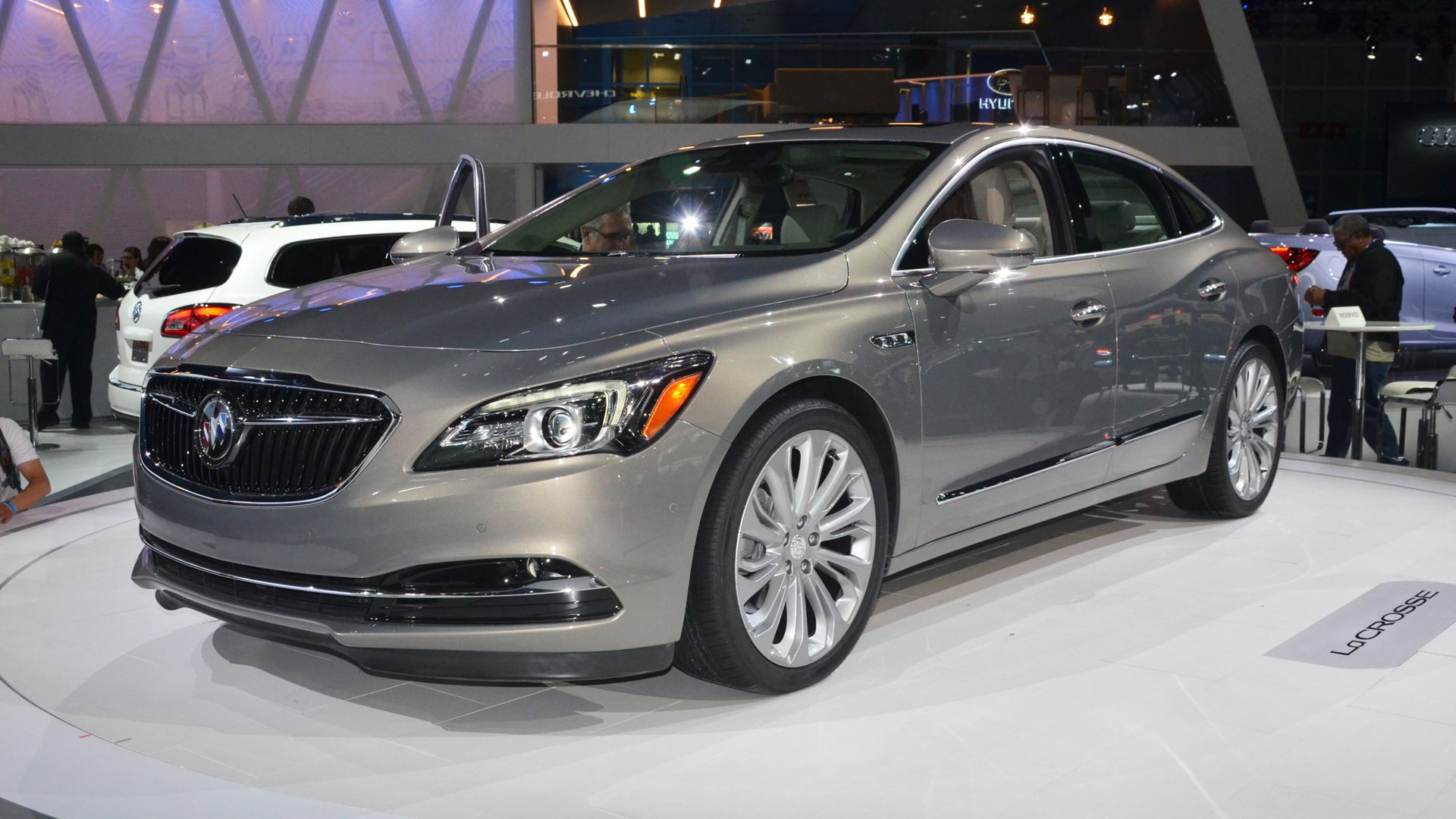 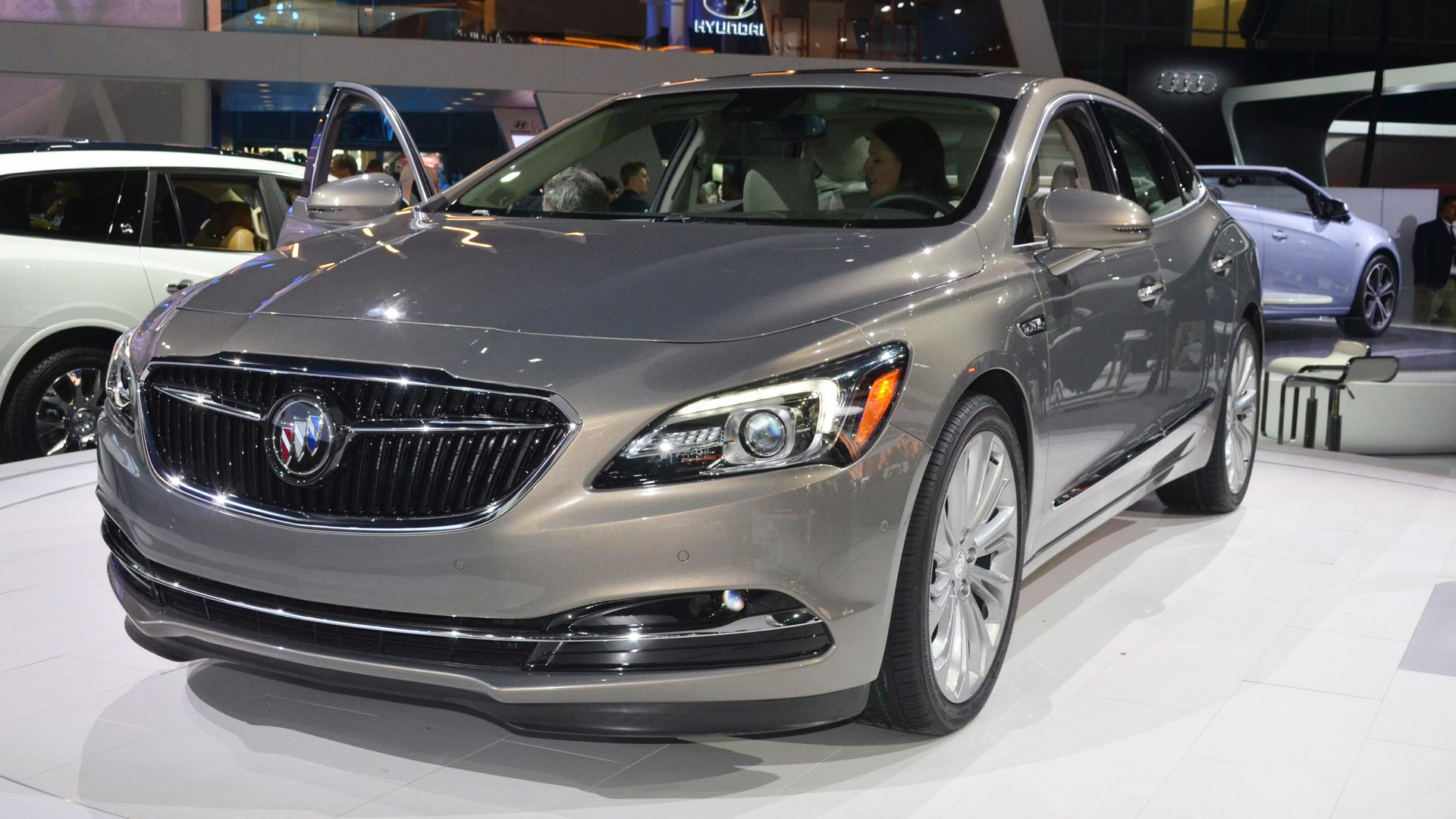 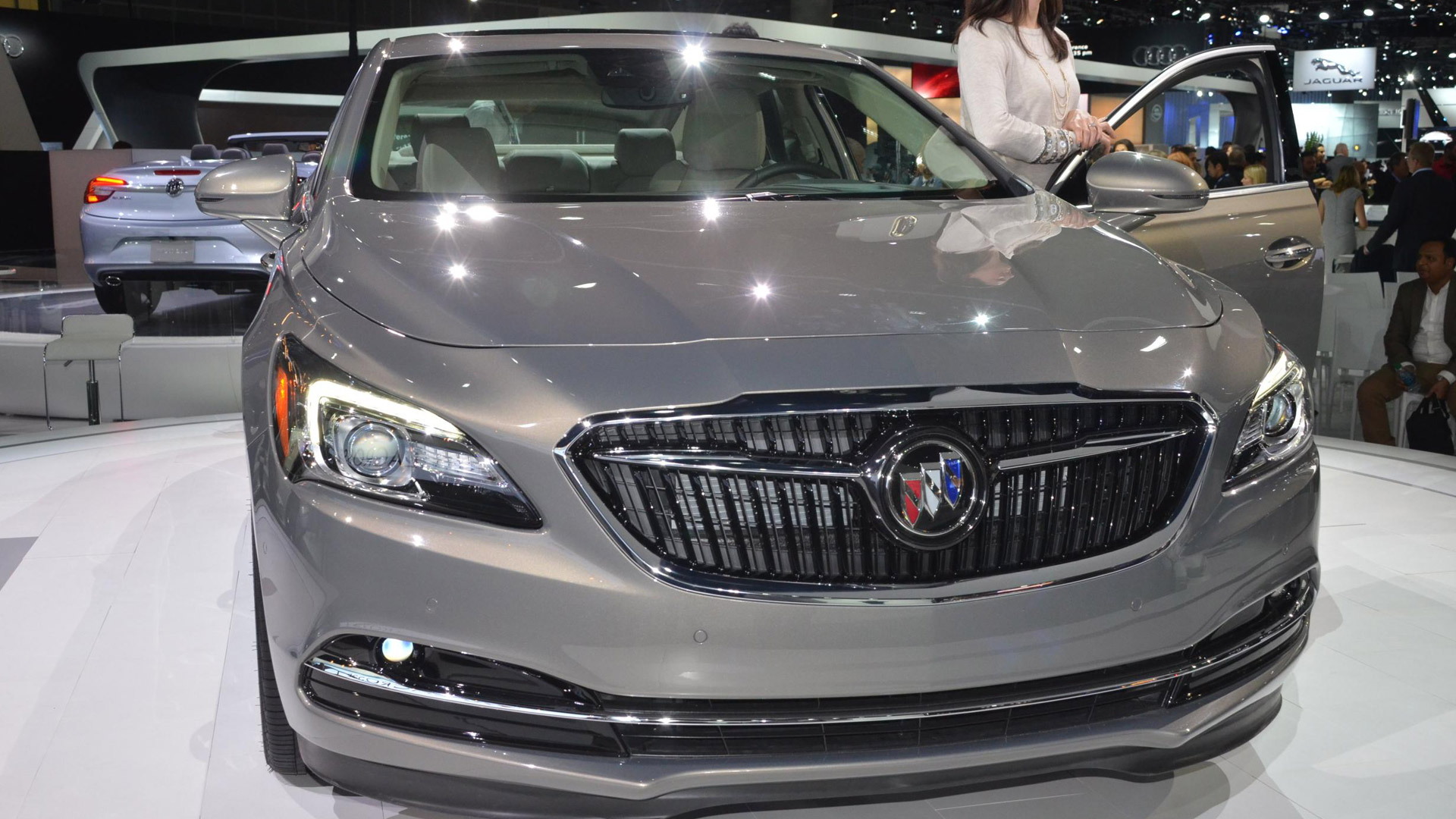 Buick’s lineup has been starved of fresh product for the past couple of years—there hasn’t been an all-new model since the Encore arrived in 2012—but starting next year we’ll finally see some new arrivals. One of these is the 2016 Cascada convertible, which Buick has already announced, and another will be a new version of the LaCrosse.

The new LaCrosse made its debut today at the 2015 Los Angeles Auto Show and will be arriving in showrooms next summer, as a 2017 model. The car boasts a learner, sleeker design compared to the outgoing model and is loaded with technology.

Longer, lower and wider than the outgoing model, the 2017 LaCrosse is built on a stronger yet lighter structure. That structure is a stretched version of General Motors Company’s [NYSE:GM] E2XX platform, which made its debut in the 2016 Chevrolet Malibu. The longer version is dubbed the P2XX and it helps the new LaCrosse weigh in about 300 pounds less than the outgoing model thanks mostly to the use of high-strength steel in the construction.

The new platform also brings some pretty sophisticated suspension technology. At the rear, there is a new five-link setup that provides greater isolation from road noise than the four-link design in the outgoing model. MacPherson struts can be found at the front, though for models with front-wheel drive and the available 20-inch wheels Buick adds its HiPer Strut suspension system designed to reduce torque steer. The standard wheels are an 18-in set.

The exterior design is clearly inspired by Buick’s recent Avenir concept, and Buick says the 2017 LaCrosse represents the new face of the brand. Notably, it features a new grille design with a large opening distinguished by the return of a three-color—red, silver and blue—Buick tri-shield logo. And yes the front fender portholes are still there.

The cabin benefits significantly from the new model’s larger footprint and has adopted a single cockpit dash design that’s characterized by a horizontal form that sweeps across the instrument panel and into the doors. The center of the dash is dominated by an 8.0-inch touchscreen display and there are nice touches such as soft-touch materials and stitching for the panels. What isn’t so nice is the expanse of fake wood on the center console.

There’s just one powertrain at launch: the next generation of GM's 3.6-liter V-6. Buick estimates the final numbers will be 305 horsepower and 268 pound-feet of torque. The engine, which features fuel-saving cylinder deactivation and engine stop-start technologies, is mated to an eight-speed automatic transmission and spins the front wheels only in standard form. A twin-clutch-based all-wheel-drive system similar to the one that debuted in the 2017 Cadillac XT5 will be available.

Safety features, either standard or available, include 10 airbags, a head-up display, lane departure and blind spot warning, forward collision and pedestrian warning, and a rearview camera. There is also a teen driver system that mutes the audio or any device paired with the vehicle when front-seat occupants aren’t wearing seat belts. It also provides audible and visual warnings when the vehicle is traveling over predetermined speeds and offers a “report card” for parents.

Production of the 2017 LaCrosse for the North American market will take place at GM’s Detroit-Hamtramck plant. The outgoing model is sourced from the Fairfax Assembly plant in Kansas City.