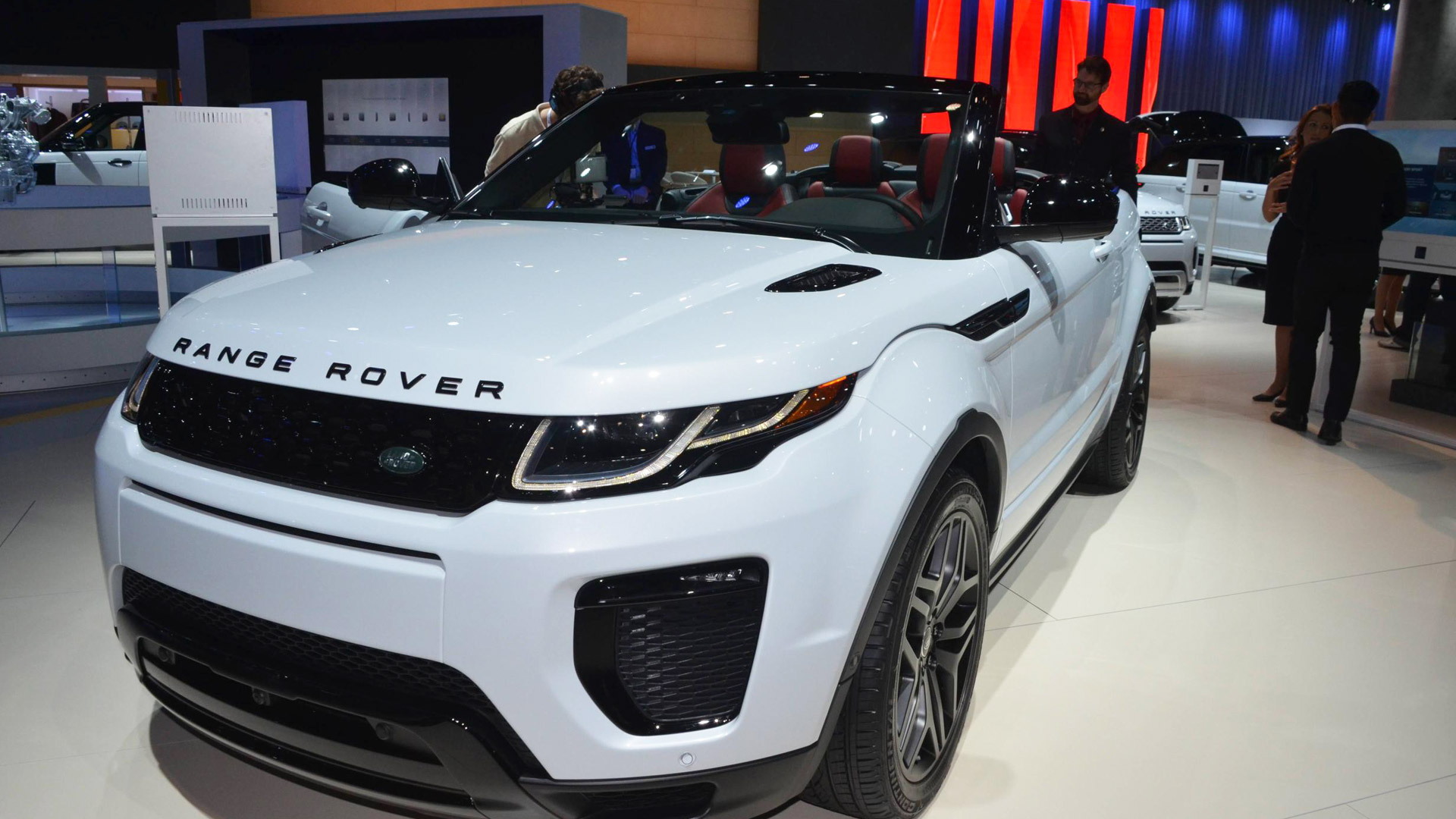 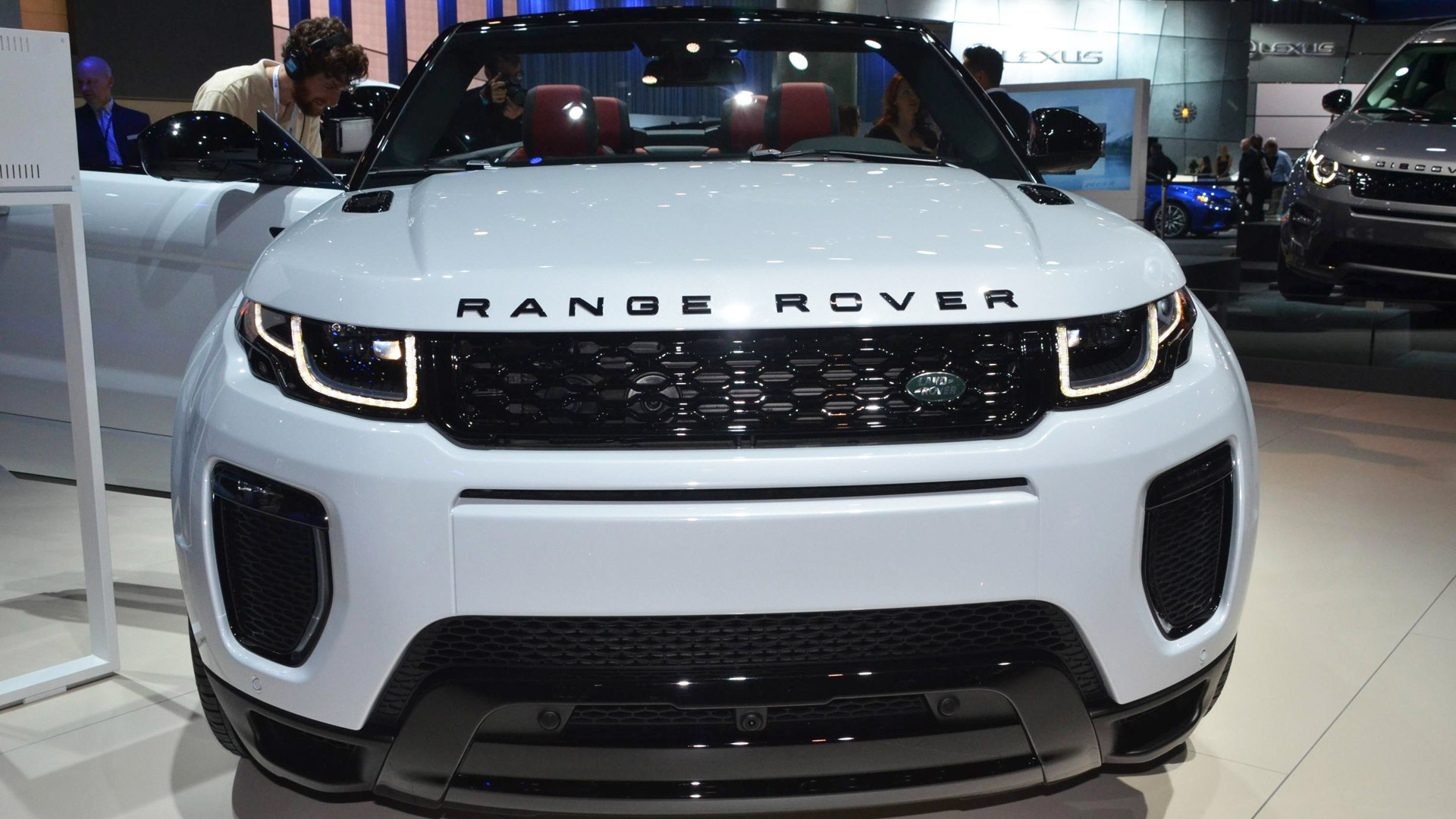 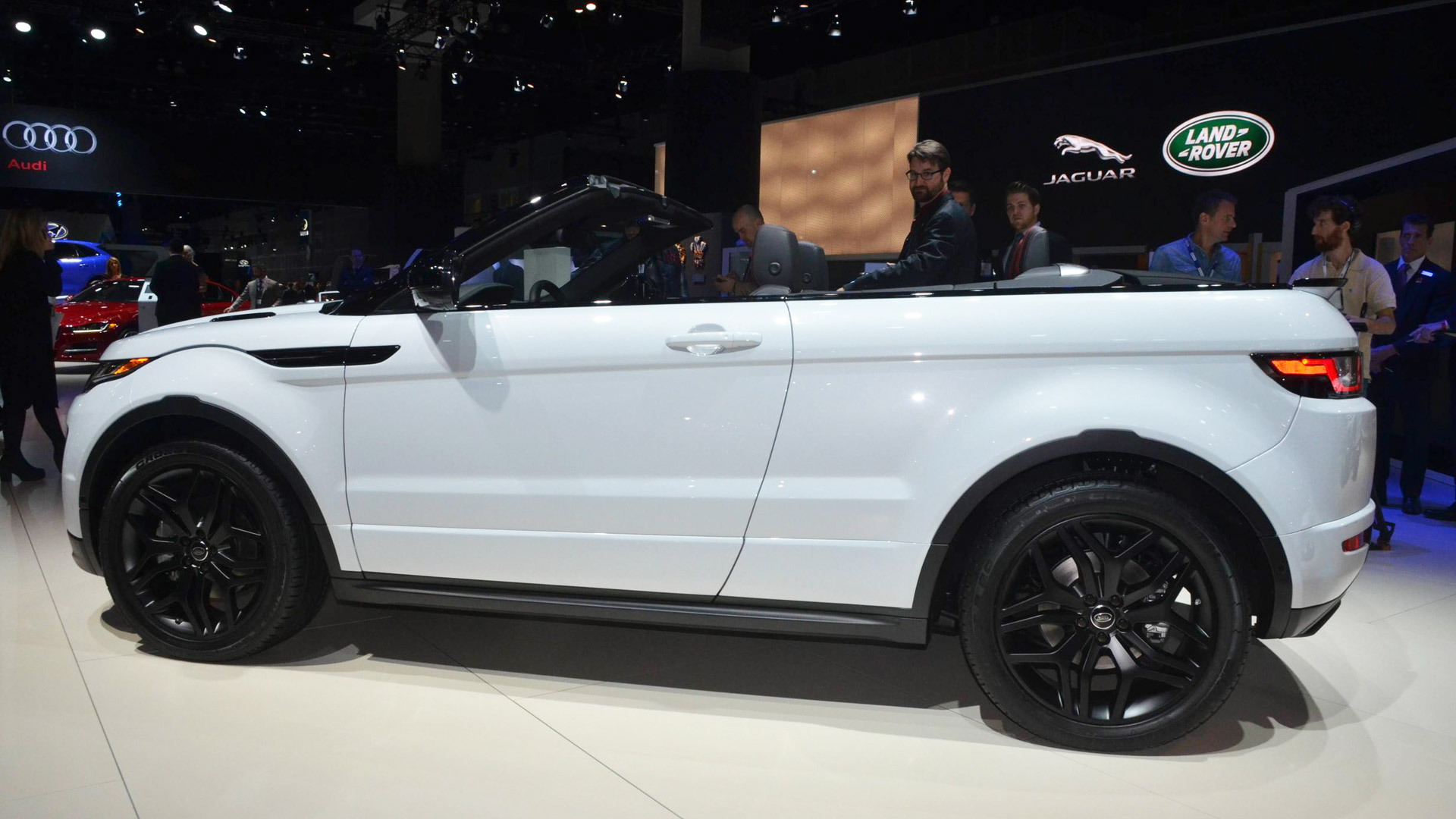 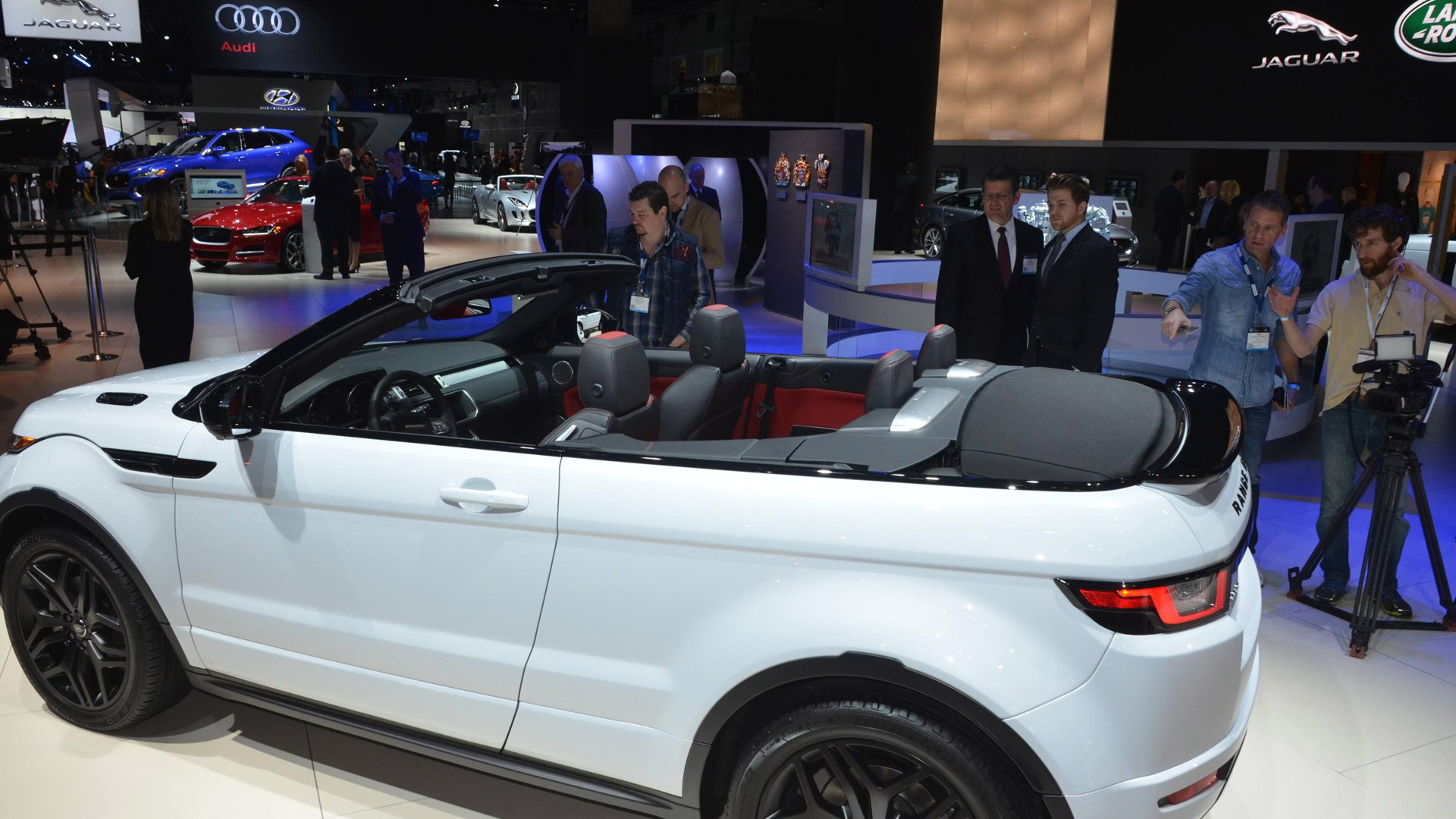 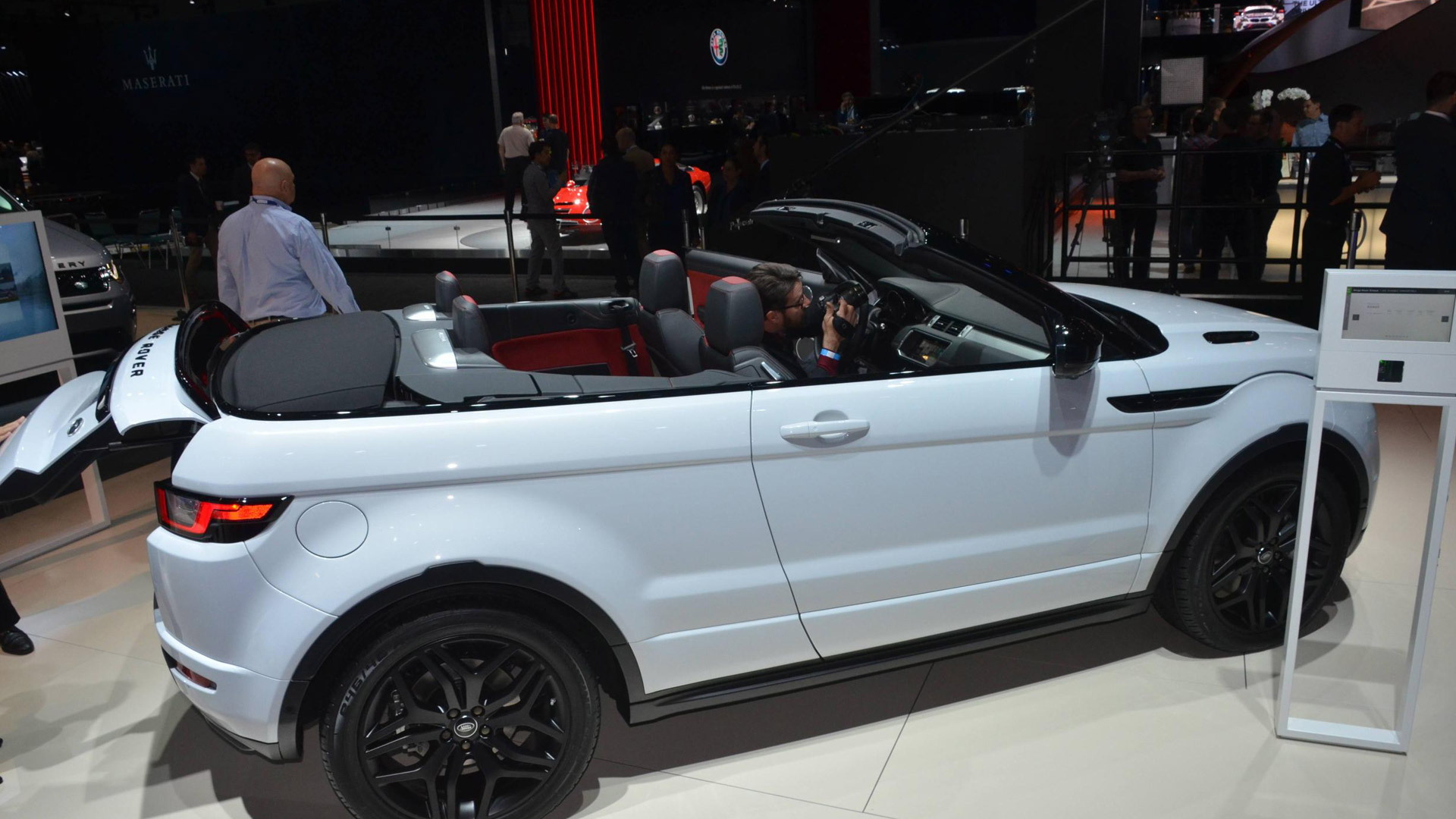 Where Nissan failed with the Murano CrossCabriolet, might Land Rover succeed with a convertible version of its Range Rover Evoque? We’ll get the chance to find out the answer to that very question in the coming years as the British automaker is launching a new Range Rover Evoque Convertible. The vehicle has been spied testing for the past several months, and now it’s made its debut at the 2015 Los Angeles Auto Show.

High-riding convertibles are still somewhat of an oddity in the automotive landscape, yet it’s a segment Land Rover sees potential in. There have been convertible Land Rovers before, but this is the first time one has been launched by the automaker itself. Fortunately, Land Rover isn’t charging a huge premium for the drop-top option. The starting price comes in at $51,470, including a $995 destination charge, which is only about $4k more than the price of a comparable Evoque three-door.

Also helping the Evoque Convertible is styling that’s miles ahead of the ungainly Murano CrossCabriolet. The design team has done a great job at maintaining the edgy lines of the standard Evoque when the Evoque Convertible’s roof is in place. And when the roof is down, the vehicle has a wedge-like profile that gives it a sporty look. The roof is an automated fabric unit that folds away flush with the rear bodywork in just under 20 seconds. New frameless doors have also been developed to ensure a clean profile when the roof is stowed.

As the Evoque range was only updated this year, there aren’t many other differences to be found on the Evoque Convertible. Like all Evoques (sold in the United States), the Evoque Convertible is powered by a turbocharged 2.0-liter four-cylinder engine good for 240 horsepower and 250 pound-feet of torque. The engine is paired with a nine-speed automatic transmission and spins all four wheels. Unfortunately, losing the roof has seen extra weight piled on (most likely due to additional reinforcements) as the curb weight of the Evoque Convertible is a hefty 4,268 lbs. The 0-60 mph run will take you 7.8 seconds and the top speed is 112 mph. Towing capacity is approximately 3,300 lbs.

The cabin is pretty much identical to what you find in the fixed-roof models. However, the vehicle comes standard with fixed twin rear seats, with a central bolster, and revised quarter trim speakers. Land Rover says there’s room for four but we’re guessing only small children will be able to fit up back. Regardless of whether the roof is up or down, there’s 8.9 cubic feet of storage, and this can be extended thanks to a ski hatch that can enable longer items to be carried. For the tech fans, there’s the new InControl Touch Pro infotainment system which features a 10.2-inch, high-resolution touchscreen display.

The Range Rover Evoque Convertible goes on sale next summer, as a 2017 model. It will only be offered in SE Dynamic and HSE Dynamic trim at launch.