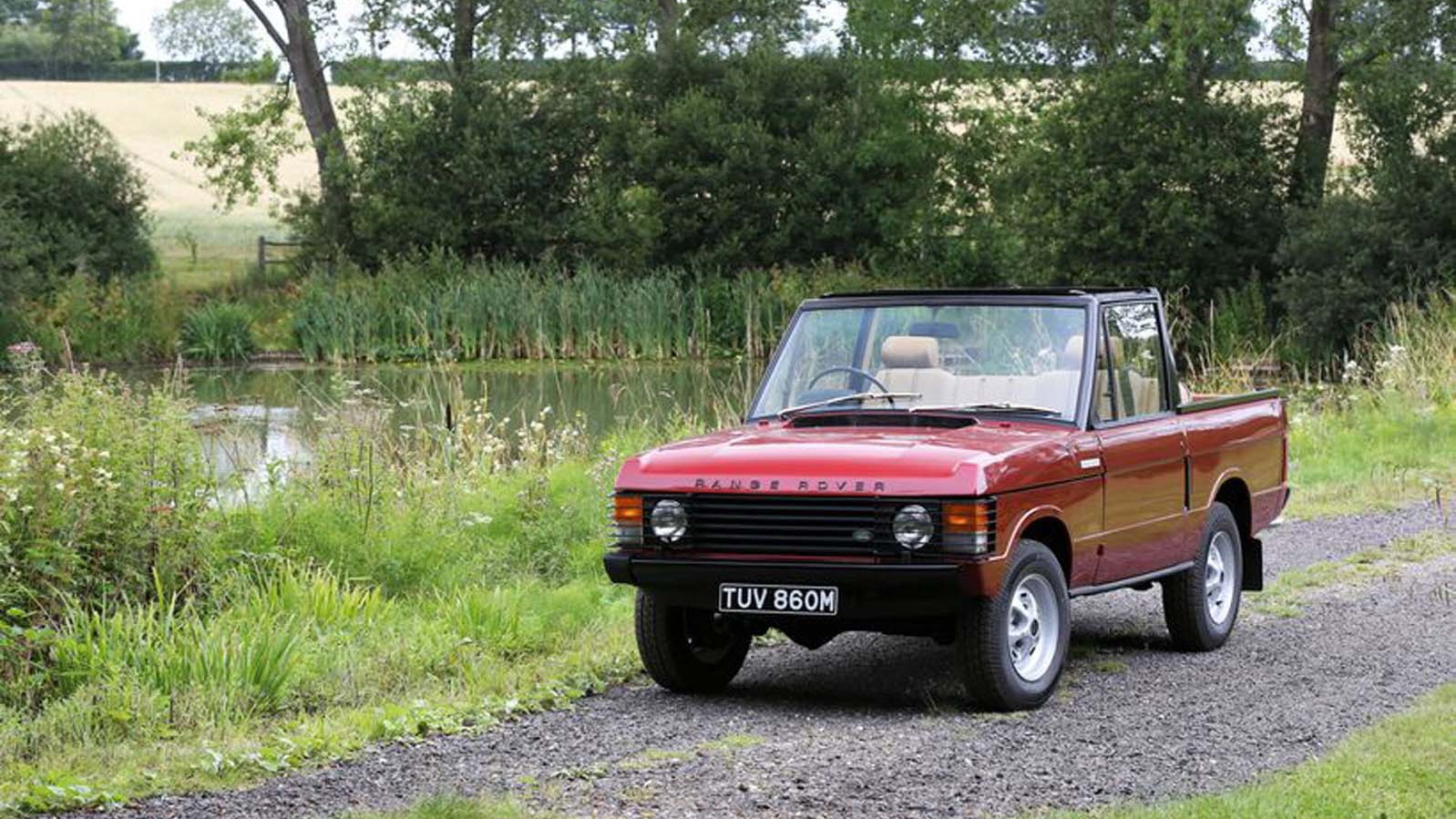 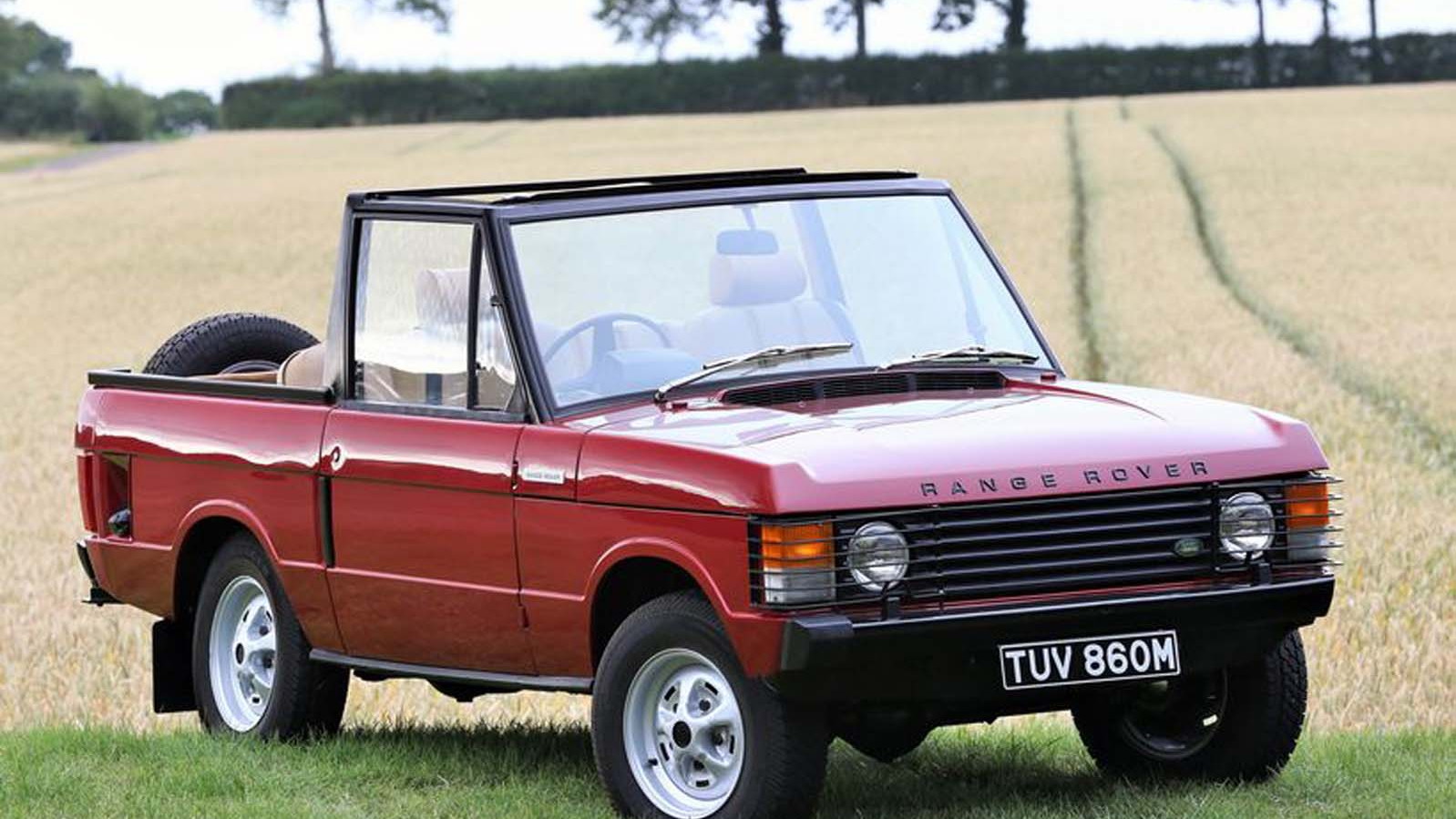 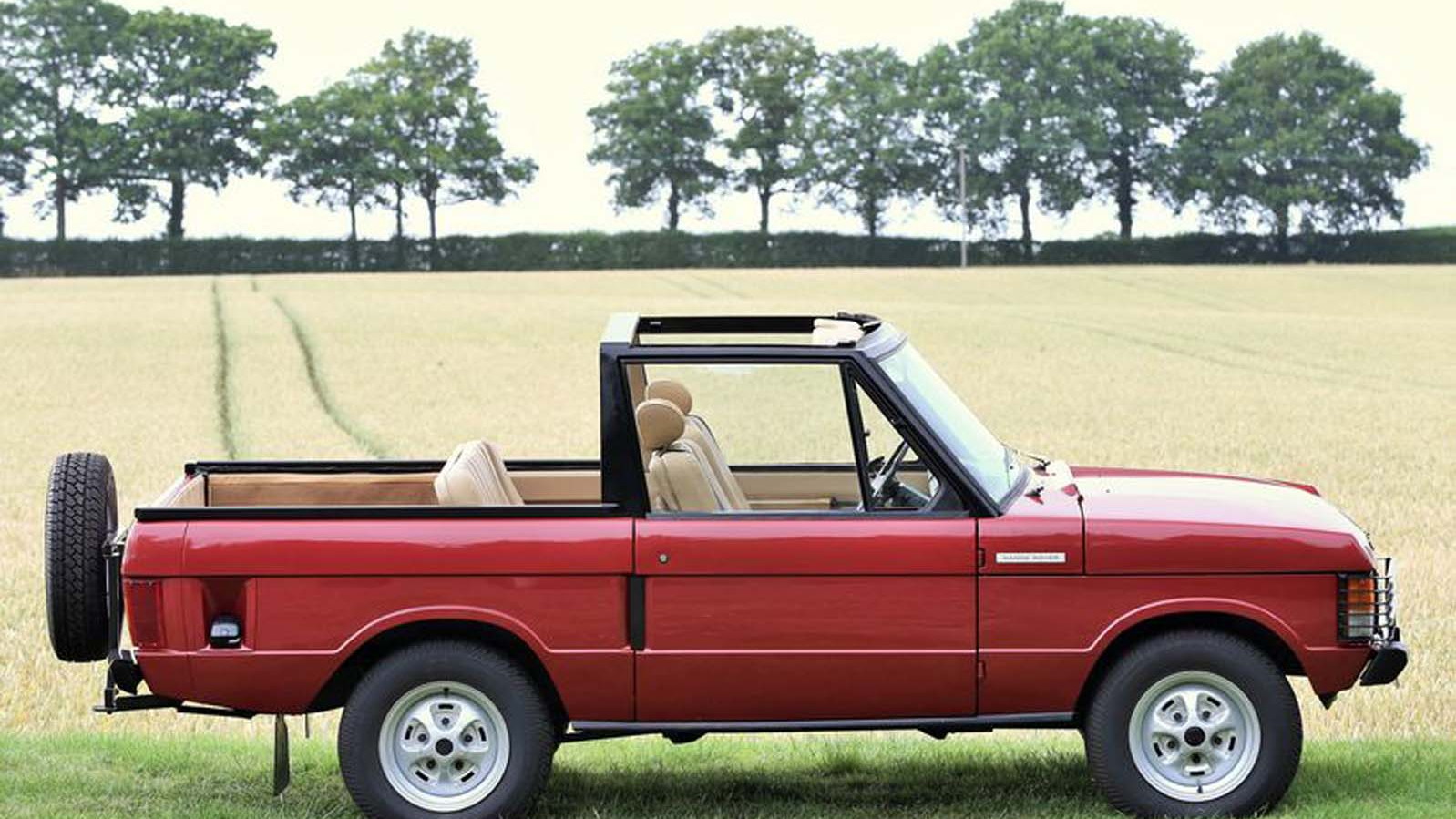 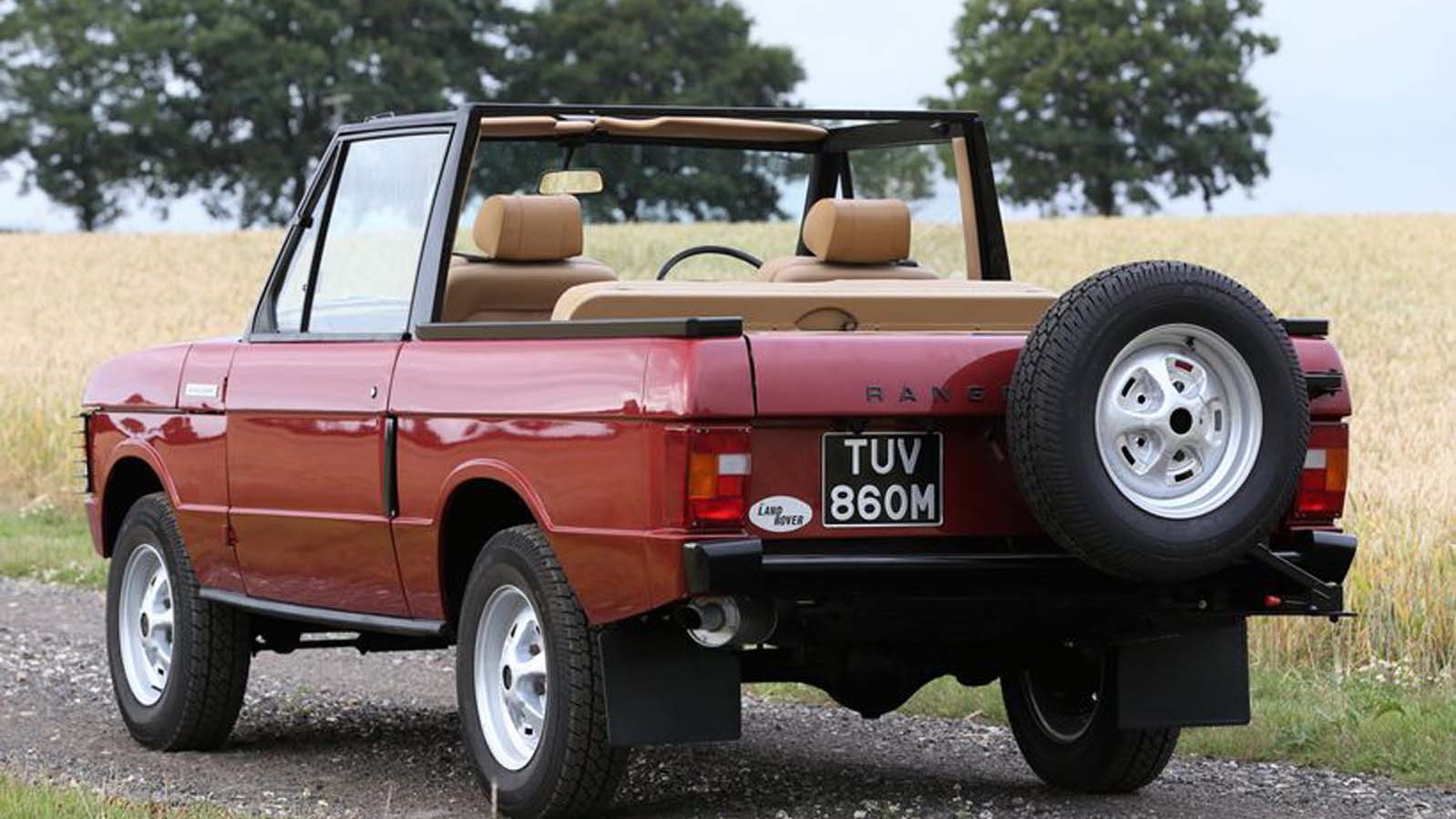 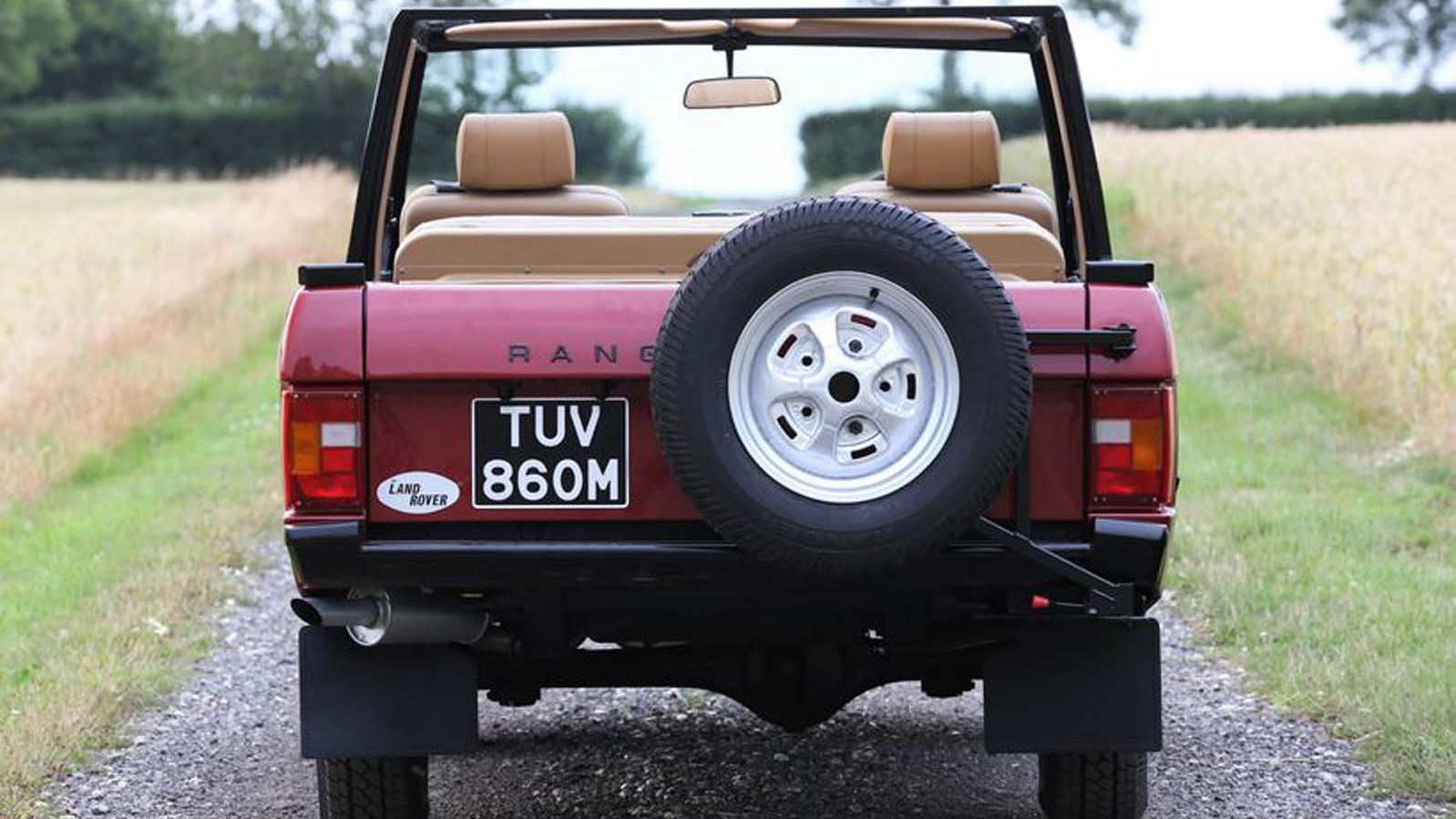 We're likely to get our first look at the production version of Land Rover's Range Rover Evoque Convertible during the Los Angeles Auto Show next month. But there are plenty of open-top Land Rovers out there in the world, and a particularly unique example is about to hit the auction block.

The 1973 Range Rover Suffix B in these pictures isn't a factory job. It was modified by the United Kingdom's Special Vehicle Conversions back in the 1980s, and was driven for a decade or so before its then owner lost it on a bad hand of cards. After spending another decade in storage—the victorious gambler apparently didn't drive it much—an intrepid dealer tracked it down last year.

And while it boasts just 62,500 miles on the clock, even that low number isn't reflective of the condition of the internals, as they were all refreshed during a recent full frame-off restoration.

There's no word on what reinforcements were made to insure the chassis doesn't twist like a flag in the wind if it's taken off-road, but something tells us this curiosity won't see any terrain more challenging than a rain puddle in the hands of its new owner.

The 1973 Range Rover conversion will be up for bid during Silverstone Auctions’ NEC Classic Motor Show Sale, held from November 14th to 15th in Birmingham, England. It's expected to fetch between $54,000 and $62,000.