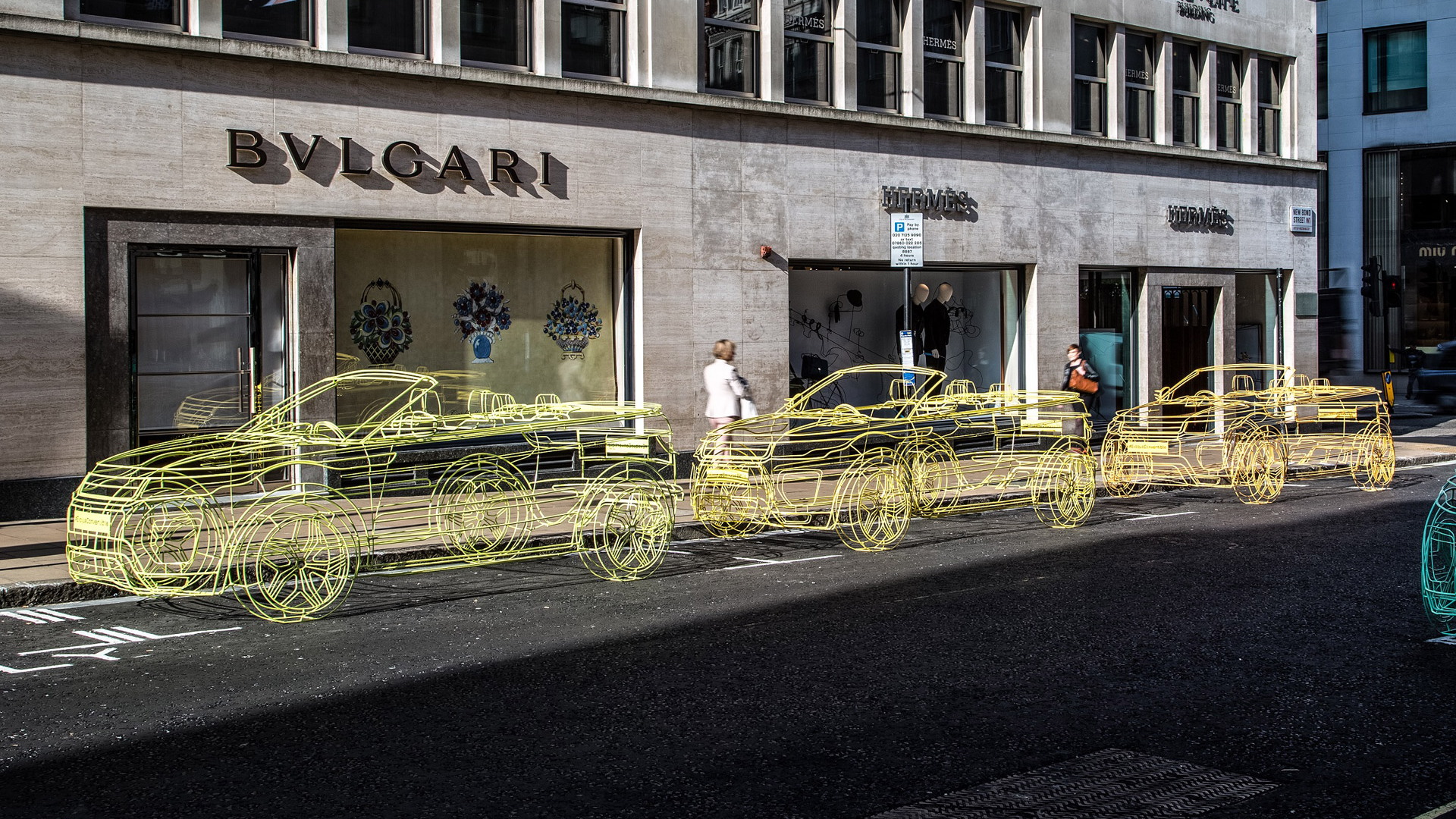 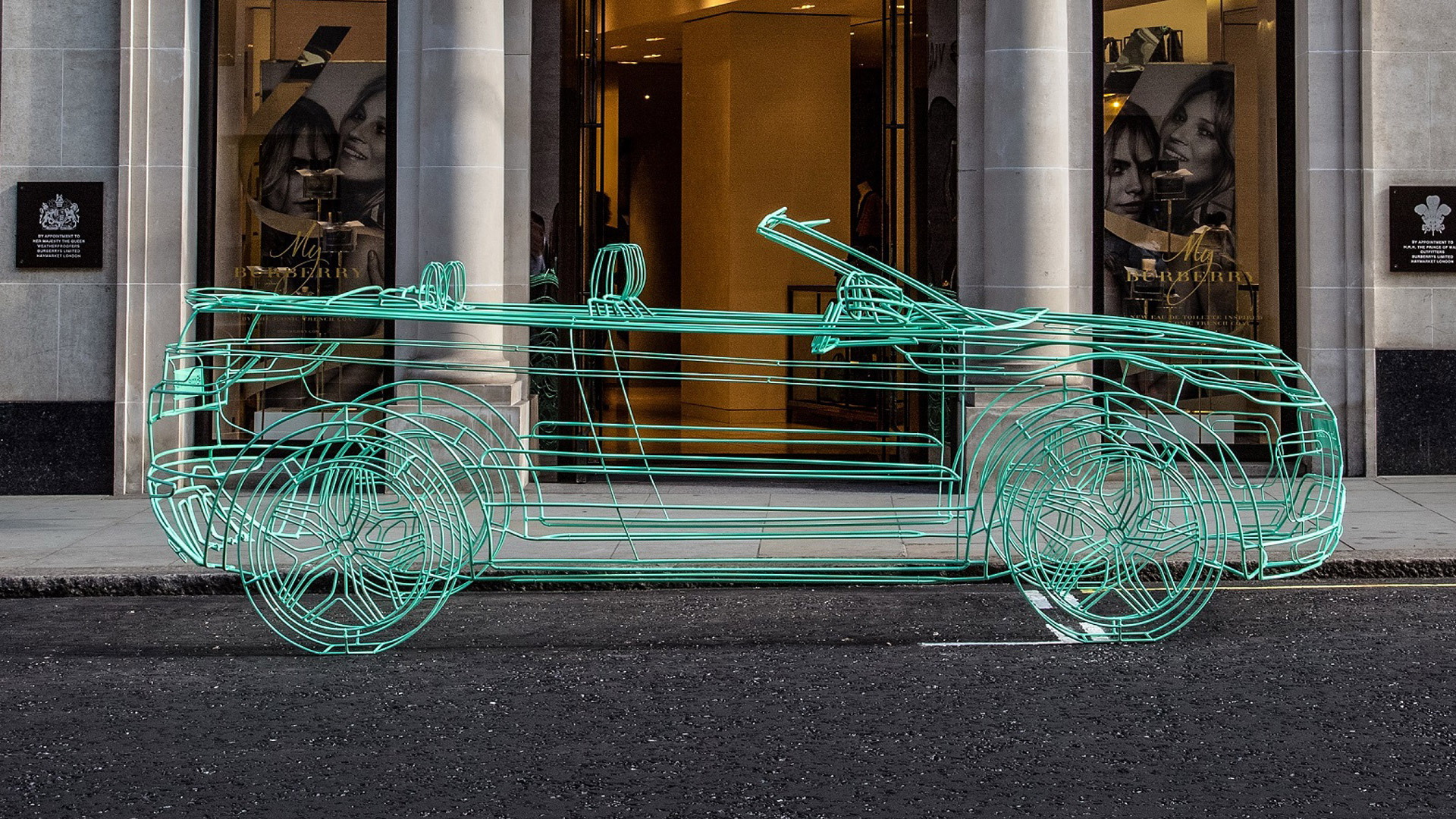 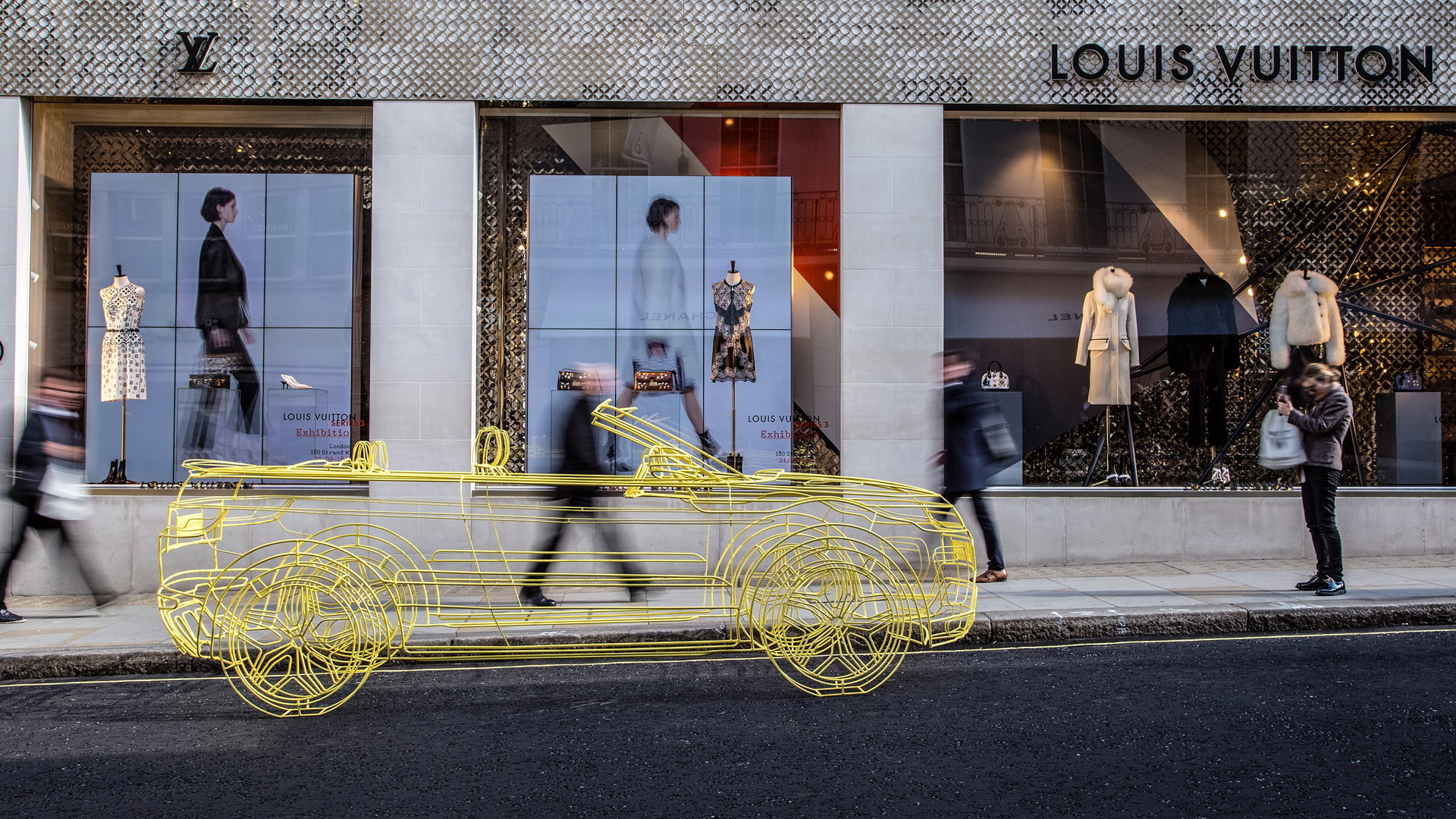 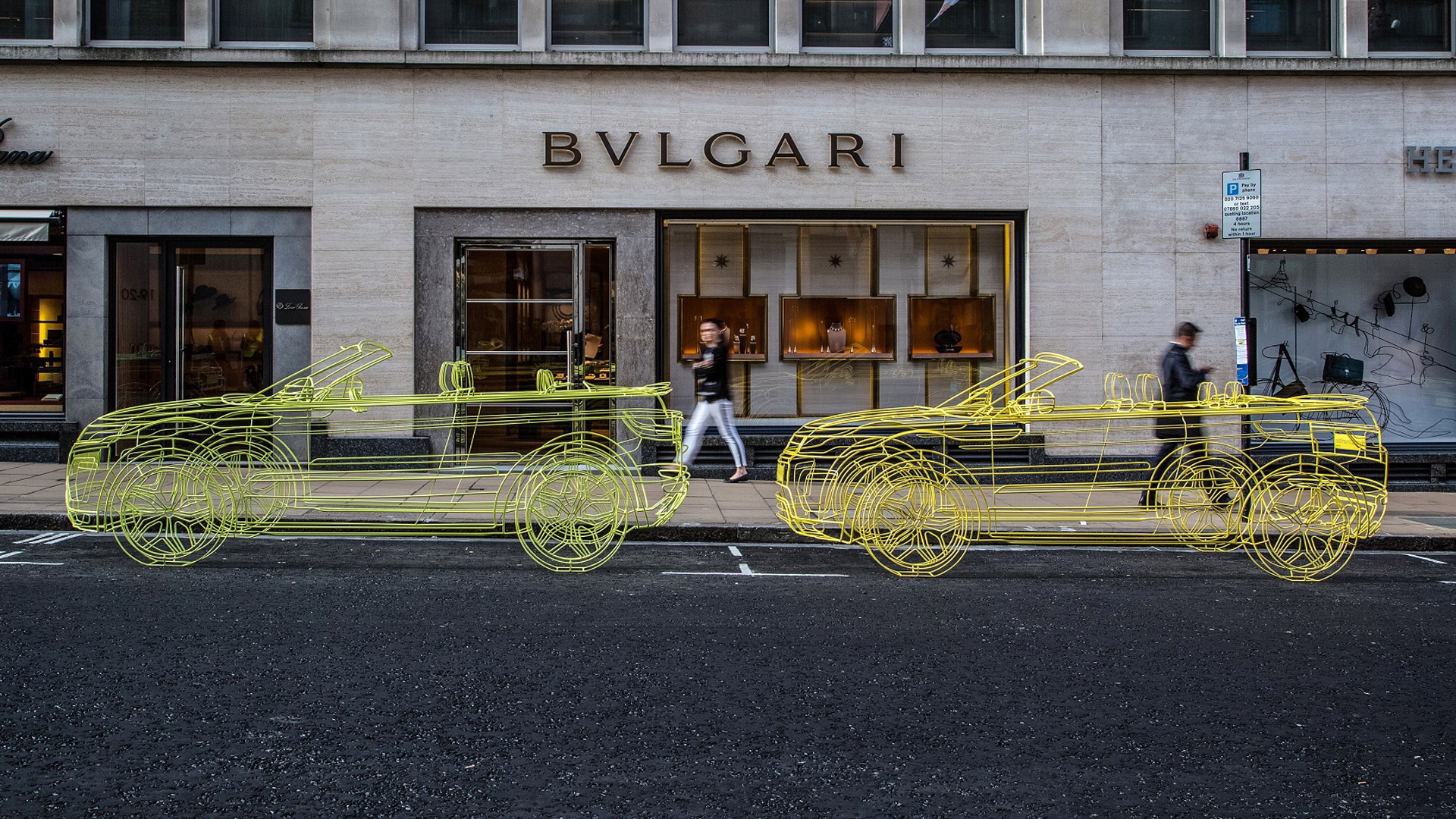 Land Rover recently updated its fashionable Range Rover Evoque, but the British automaker isn’t done yet. Next month we’ll see the covers come off a new convertible variant which Land Rover this week teased in the form of life-size wireframe sculptures located in some of London’s fashion hot spots.

The arrival of the new Evoque Convertible isn’t much of a surprise. We’ve been spying prototypes for months and during the Geneva Motor Show back in March Land Rover released the teaser video shown below.

And don’t forget, Land Rover first hinted at an open-top version of its Evoque when it rolled out a concept of the car back in 2012. Like on the concept, the production Evoque Convertible features a folding soft-top roof design. This should fold away into a storage compartment behind the rear seats, although this means there will be very little storage room with the top down.

Production of the Evoque Convertible will commence at the same Halewood plant in the United Kingdom where the regular Evoque models are produced, along with the latest Discovery Sport.

Land Rover has confirmed the Evoque Convertible’s reveal will take place in November, meaning we’ll likely see the official debut at the Los Angeles Auto Show taking place that month. The event gets underway November 18. In the meantime, see what else will be appearing via our dedicated hub.