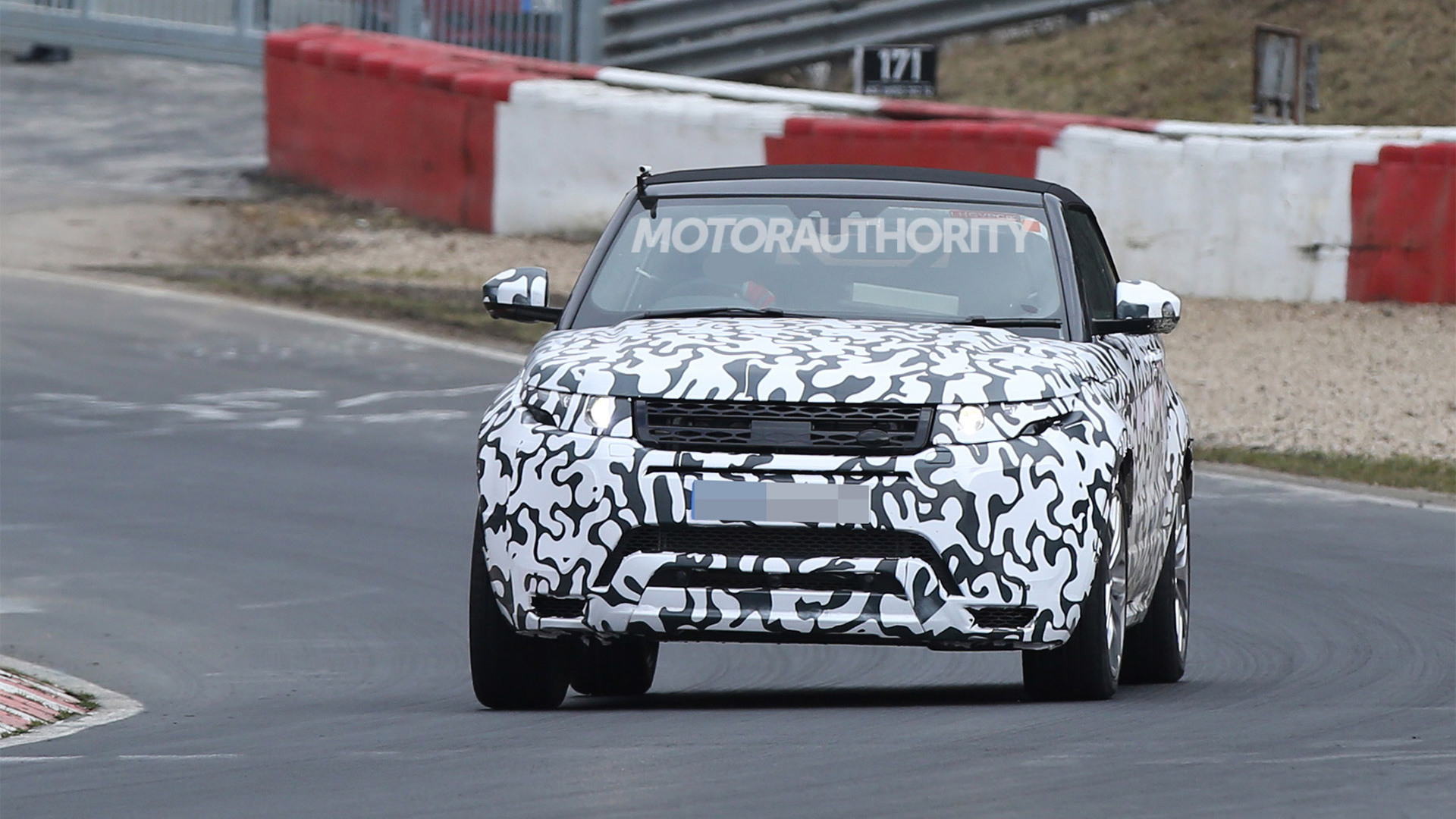 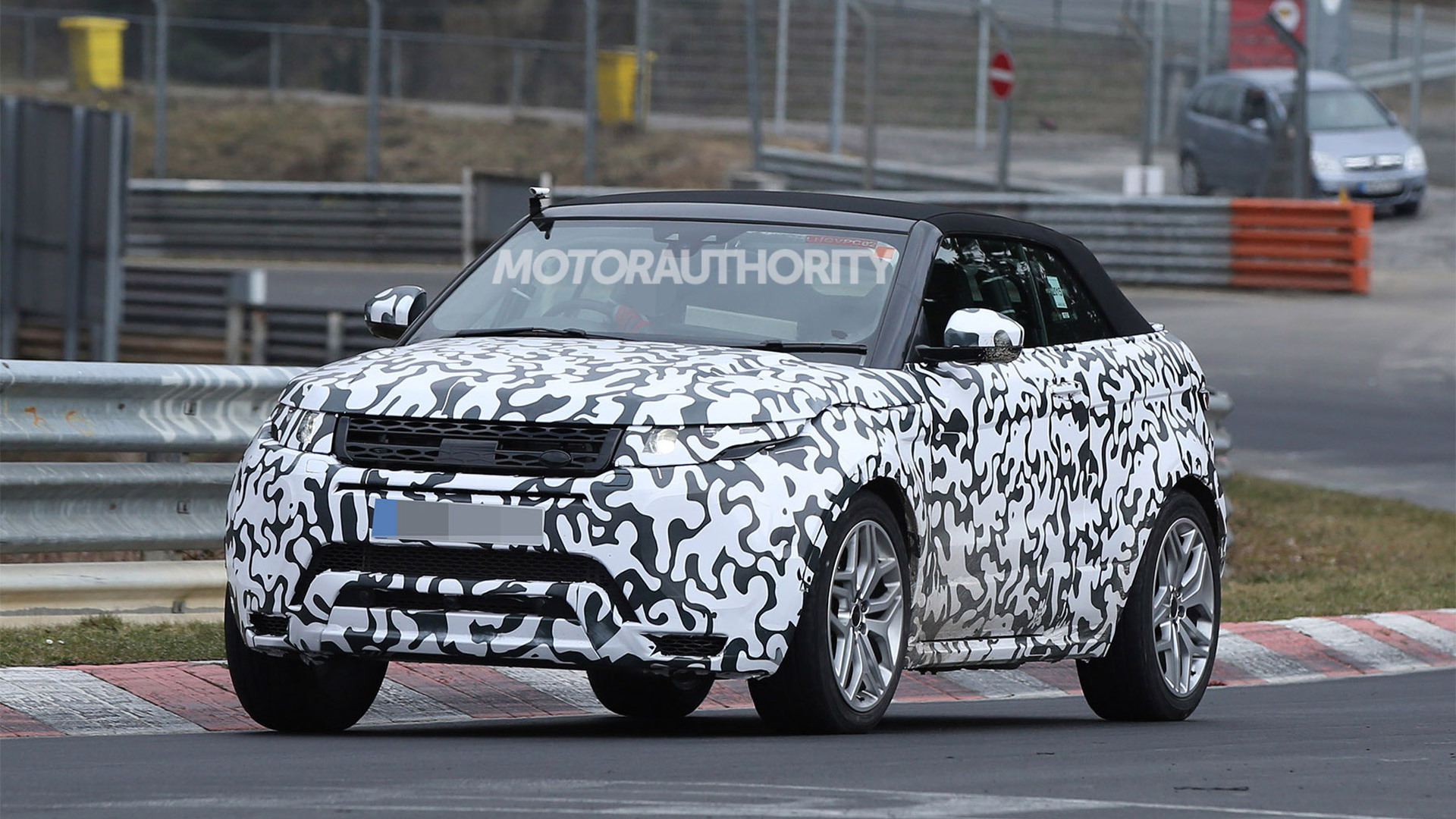 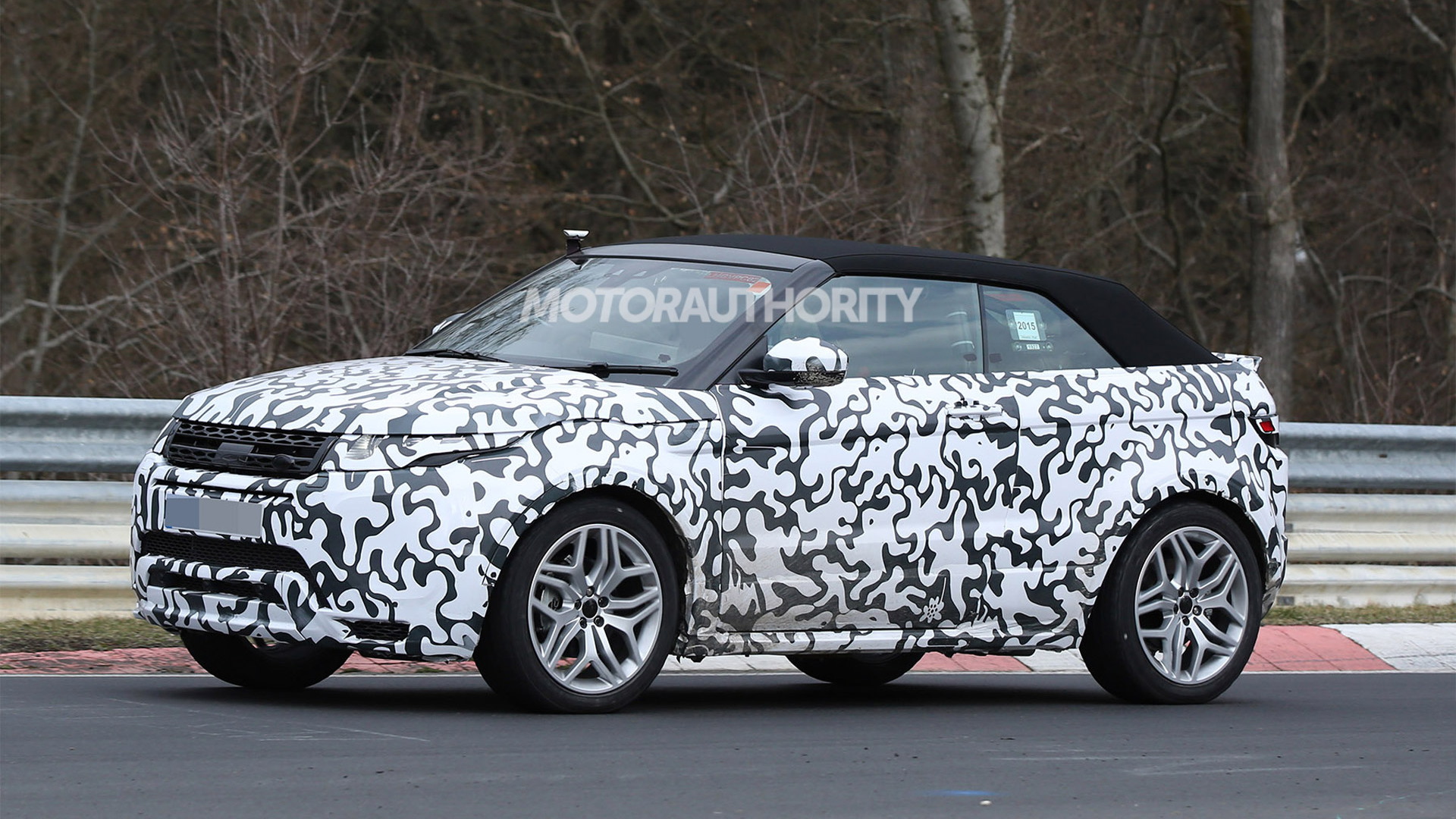 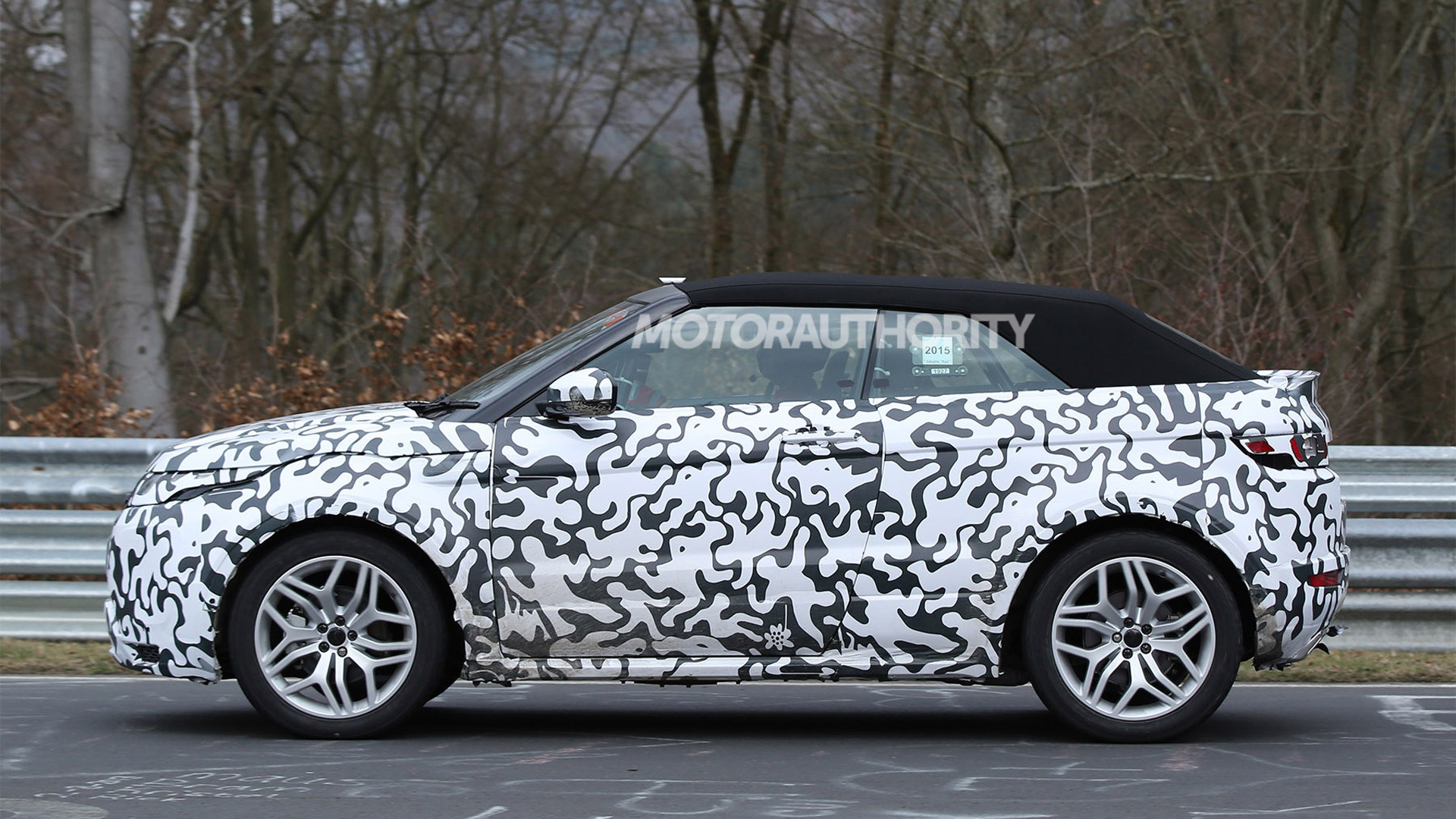 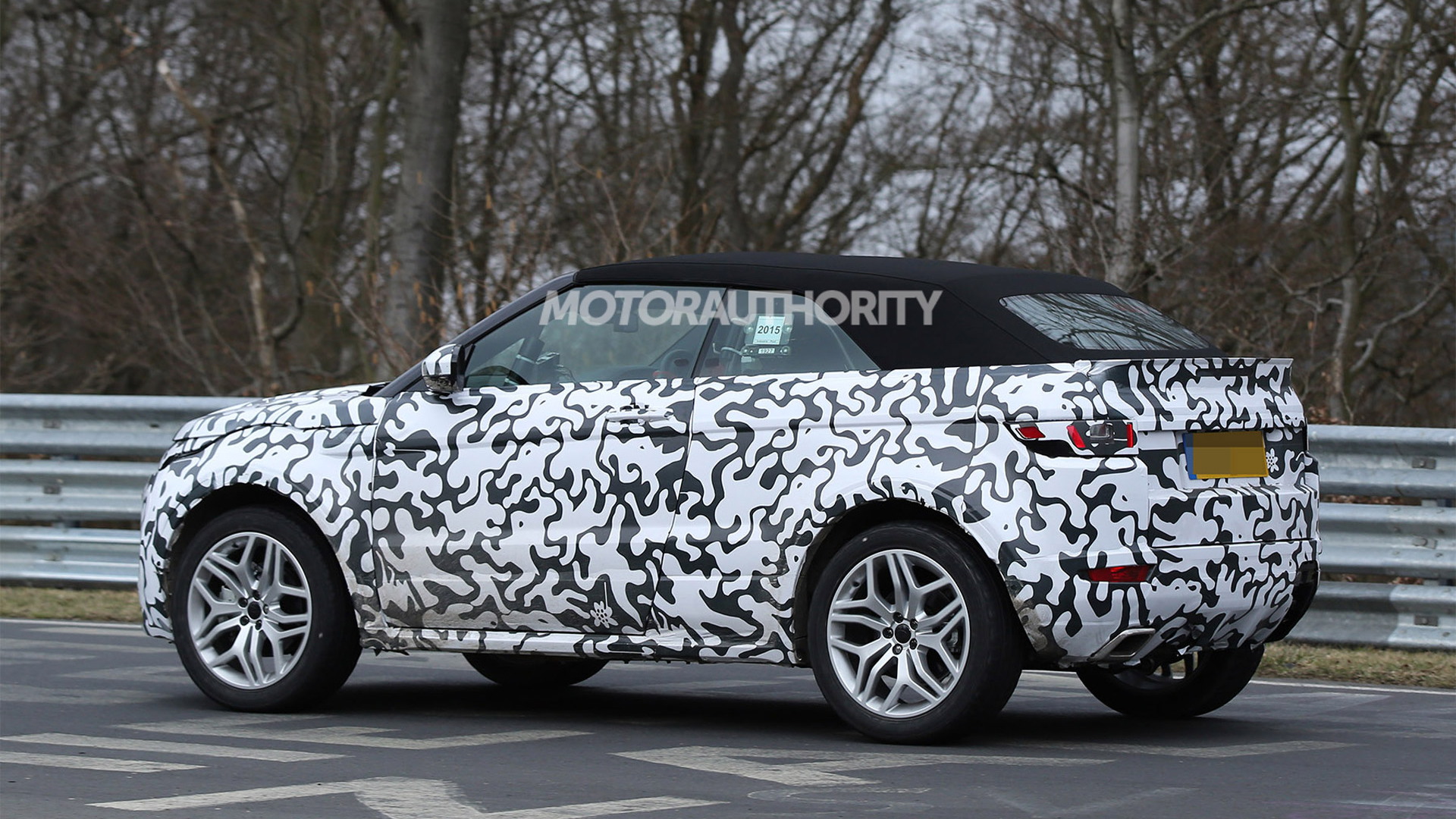 30
photos
The caffè latte crowd has a new model to look forward to in the form of the Land Rover Range Rover Evoque Convertible—yes, an open-top version of the popular compact crossover not unlike Nissan’s failed Murano CrossCabriolet. Land Rover first previewed its Evoque Convertible in concept form back in 2012. At the time, the British automaker was still gauging whether the concept should be given the green light for production.

Ultimately, the success of the regular Evoque three- and five-door variants persuaded Land Rover to do so, as we now have spy shots of a prototype for the production version. It confirms that Land Rover is keeping the two-door, 2+2 seating layout of the concept.

Like on the concept, the production Evoque Convertible features a folding soft-top roof. This should fold away into a storage compartment behind the rear seats, although this means that there will be very little storage room with the top down. One new element not seen on the concept is a small wing spoiler at the rear.

The arrival of the Evoque Convertible is expected to roughly coincide with that of the regular Evoque’s mid-cycle update, which made its debut at the recent 2015 Geneva Motor Show. The updated Evoque, which arrives as a 2016 model, features LED headlights, revised styling at the front and a new diesel engine for some markets.

Like all Evoques, drive in the Evoque Convertible will be either to the front wheels or all four via a nine-speed automatic introduced for 2014. Other markets will have a six-speed manual on offer as well.

Land Rover recently started a teaser campaign for the vehicle and confirmed that sales will commence next year. Note, there are even more Evoque variants thought to be in the works. Possibilities include a long-wheelbase model and a performance variant.