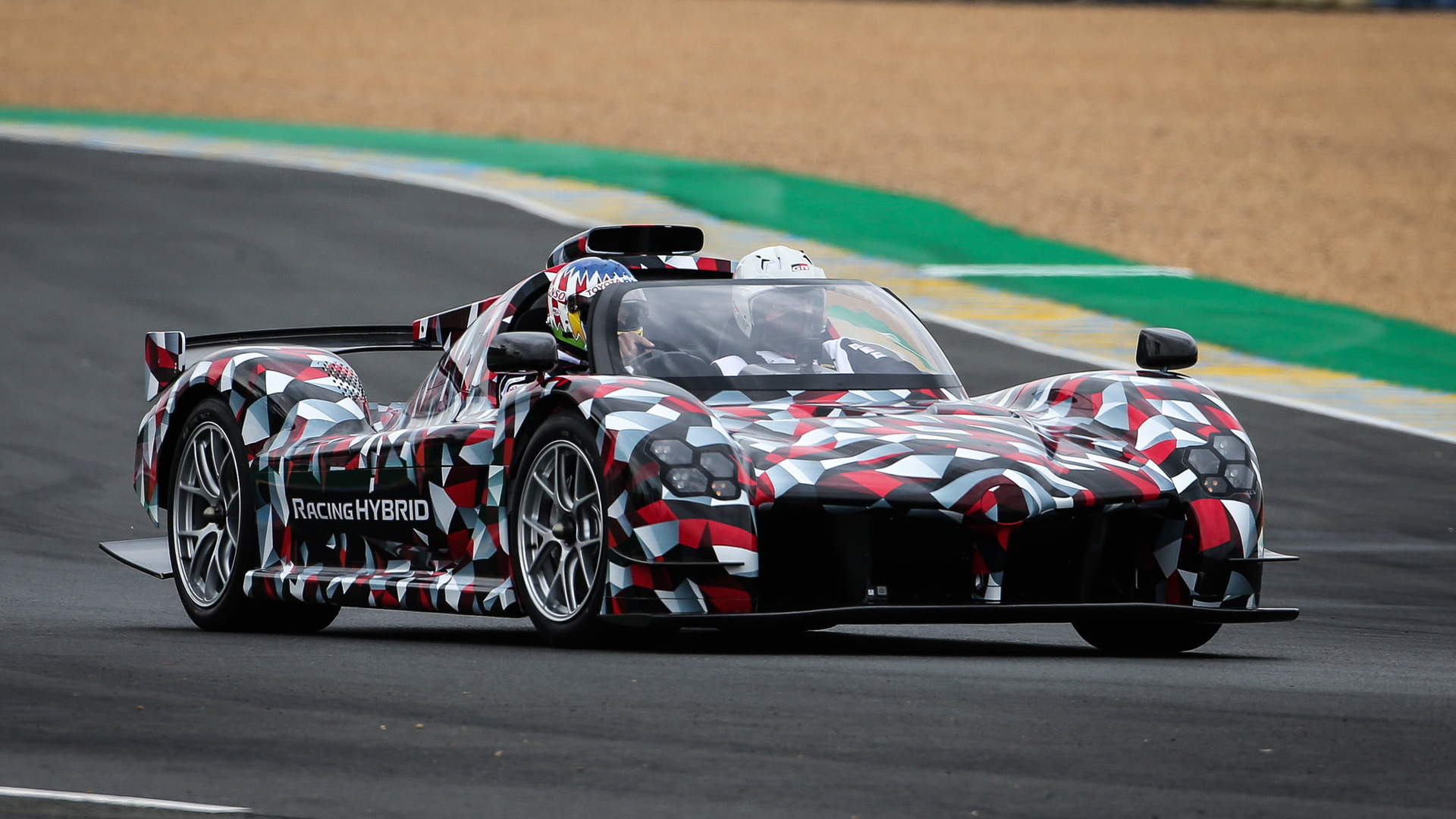 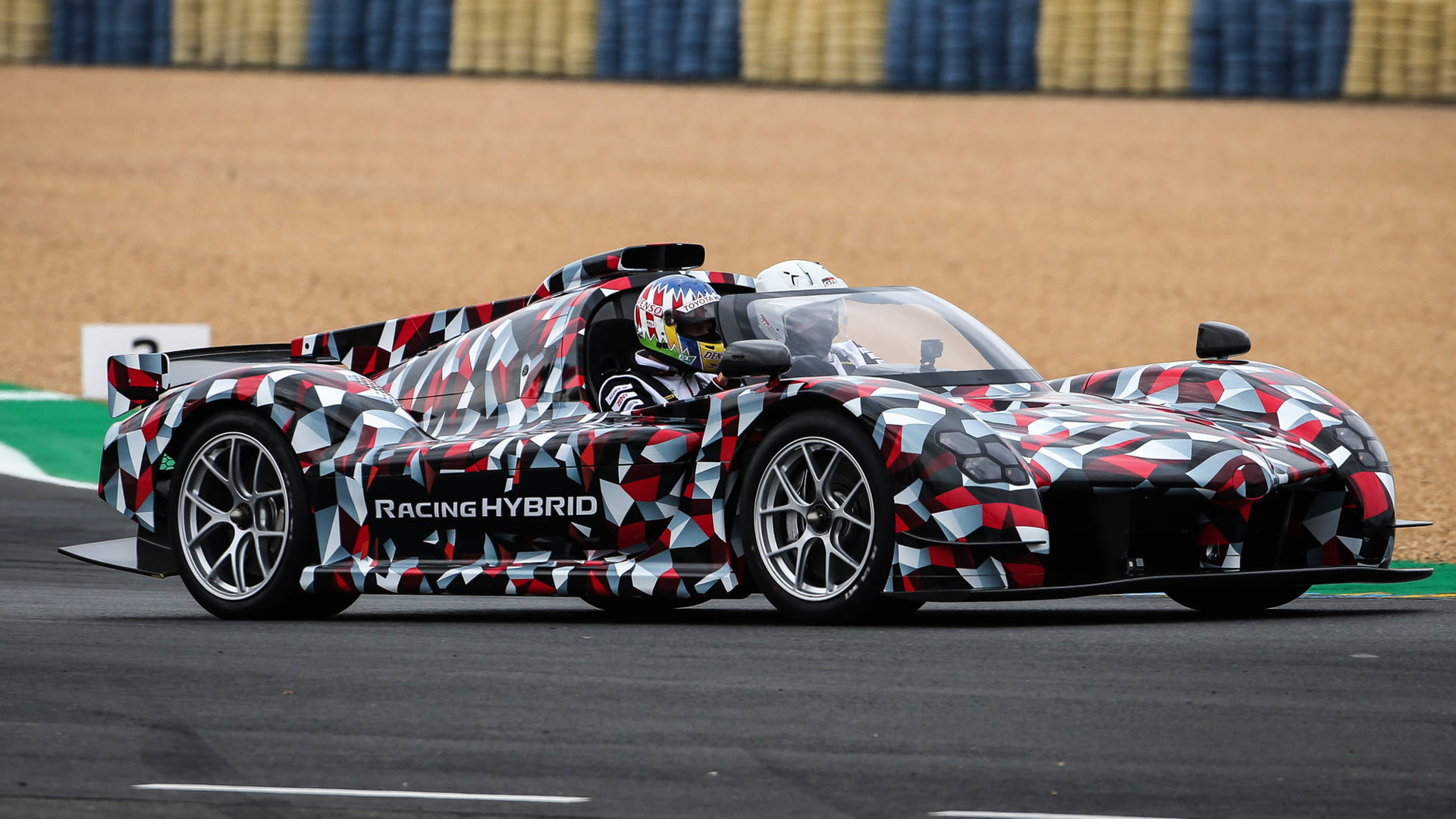 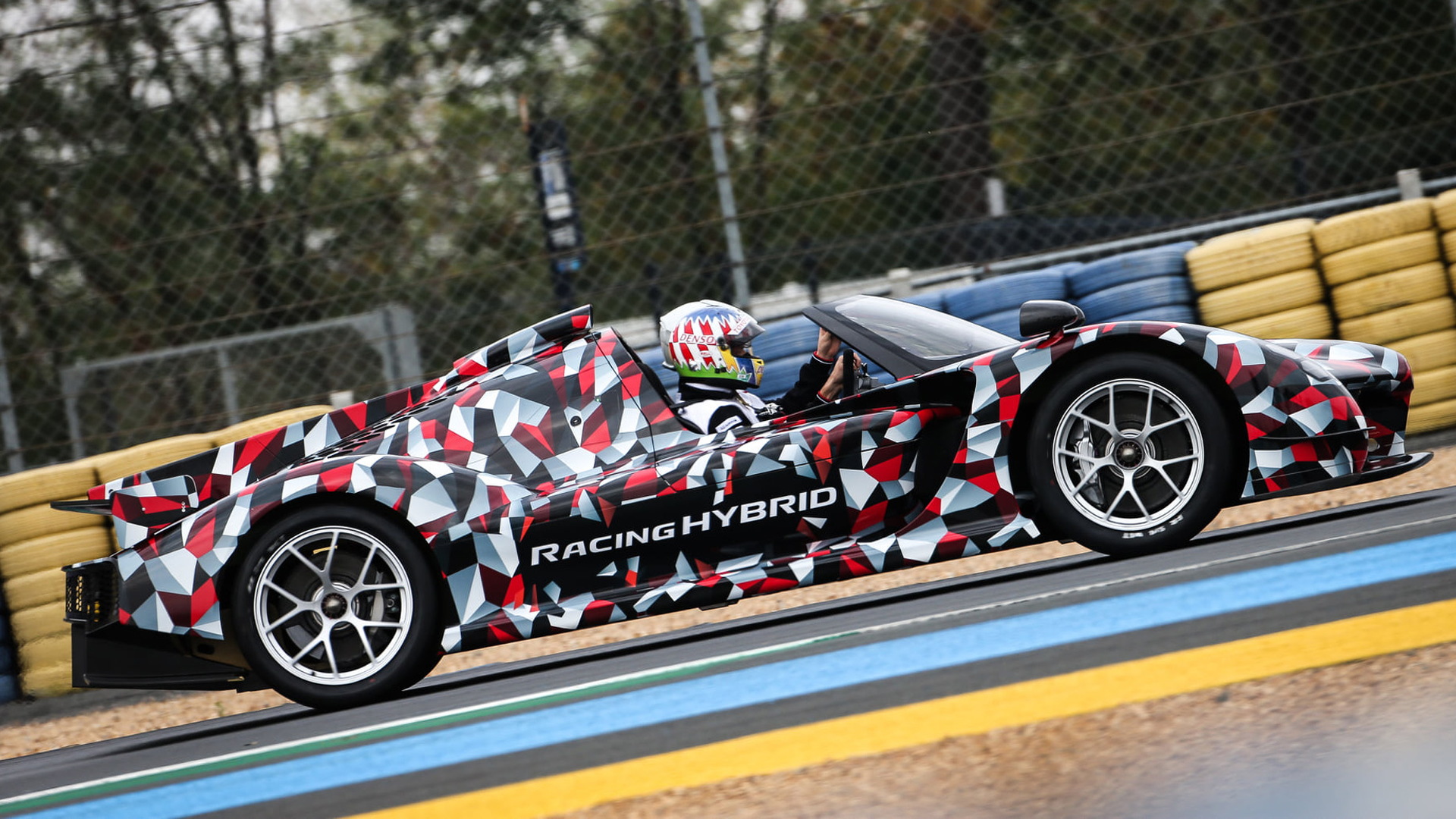 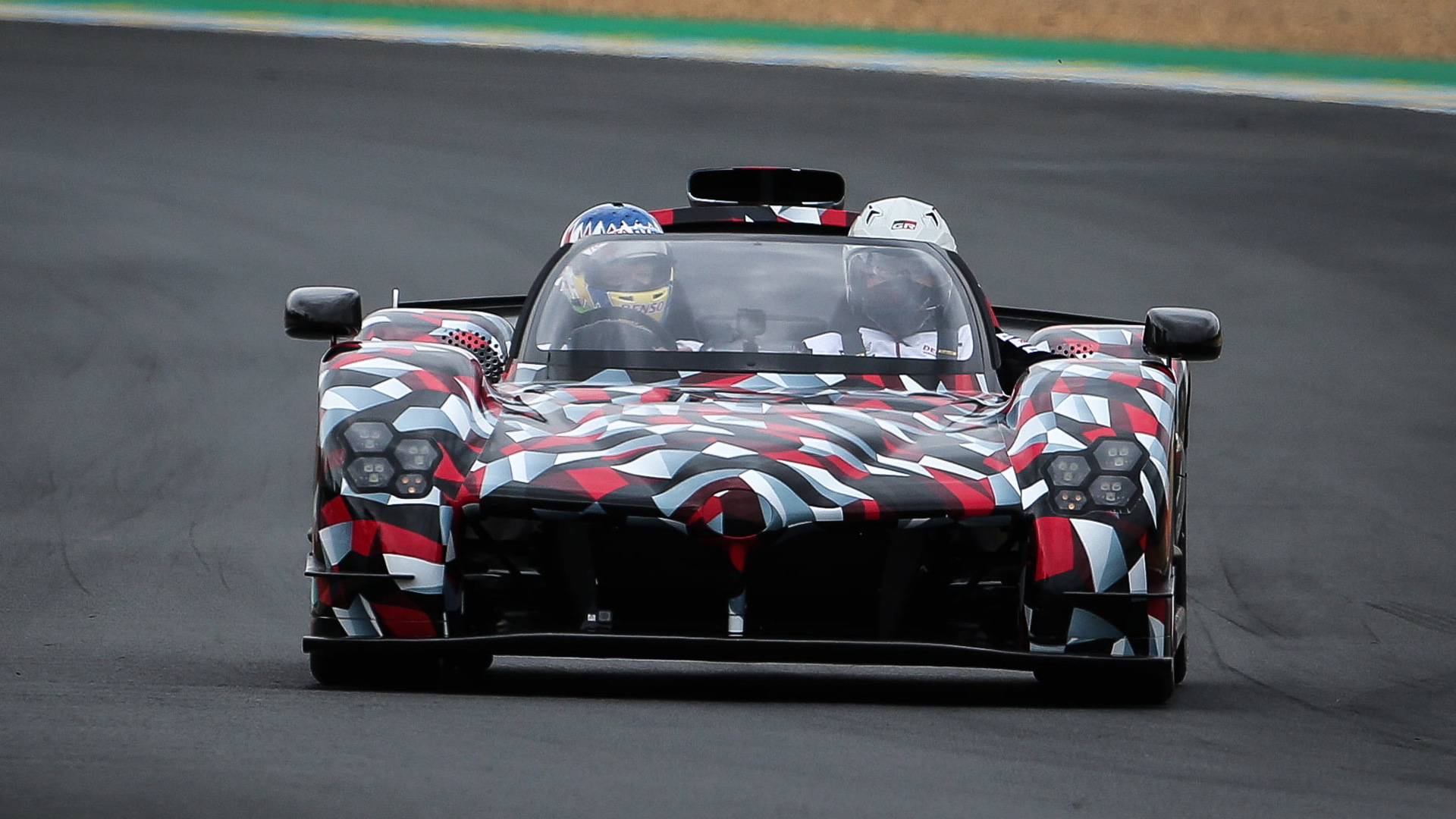 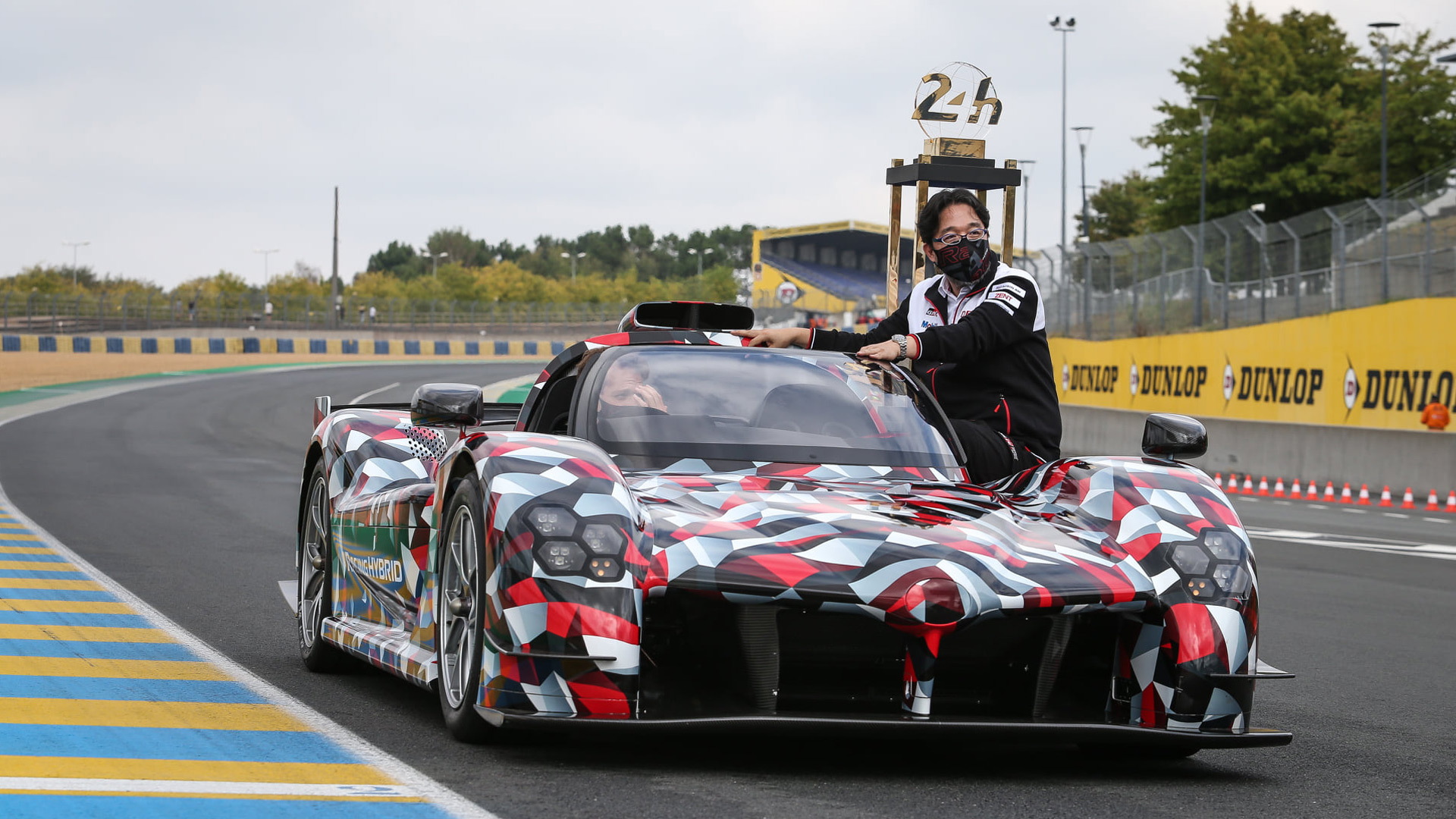 Toyota on Saturday rolled out a prototype for its new GR Super Sport hypercar ahead of the 24 Hours of Le Mans, which the Japanese automaker won for the third-consecutive year.

The prototype completed an exhibition lap of the French classic's Circuit de la Sarthe, with ex-Formula One driver and current Toyota tester Alex Wurz behind the wheel.

Yes, the manufacturer best known for its vanilla sedans and crossovers is developing a hypercar. It was previewed in 2018 with a concept and is a homologation special required for the new Le Mans Hypercar (LMH) class of the World Endurance Championship, whose first season is 2021. Other manufacturers preparing hypercars for the class include Scuderia Cameron Glickenhaus and Peugeot.

Toyota is developing the racing version alongside the road car. The latest regulations for LMH race cars call for hybrid powertrains with a maximum output of 670 horsepower and a minimum weight of 1,030 kilograms (approximately 2,270 pounds). The electric component of the powertrain needs to be a motor-generator mounted at the front axle, rated at a maximum 268 horsepower. 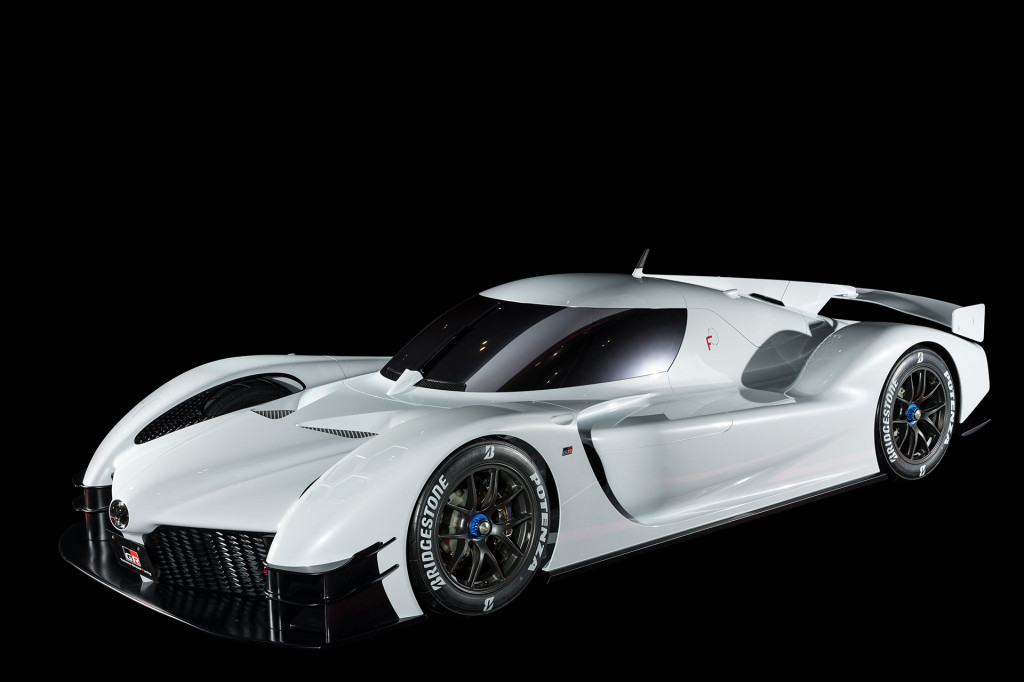 A minimum of 25 road cars equipped with the same powertrain must be produced by the second year of competition. And for following years, that number is expected to be bumped higher. It's possible the road cars will be even more powerful than the race cars, since 670 hp no longer cuts it as far as hypercars are concerned.

In the original GR Super Sport concept, there was a 2.4-liter twin-turbocharged V-6 and electric motor-generator good for a combined 986 hp. At its unveiling, Toyota said the concept was composed of mostly the same main parts as the TS050 Hybrid race car (shown below) designed for WEC's LMP1 class; for example, the internal carbon-fiber structure was an almost exact copy of the structure in the race car. 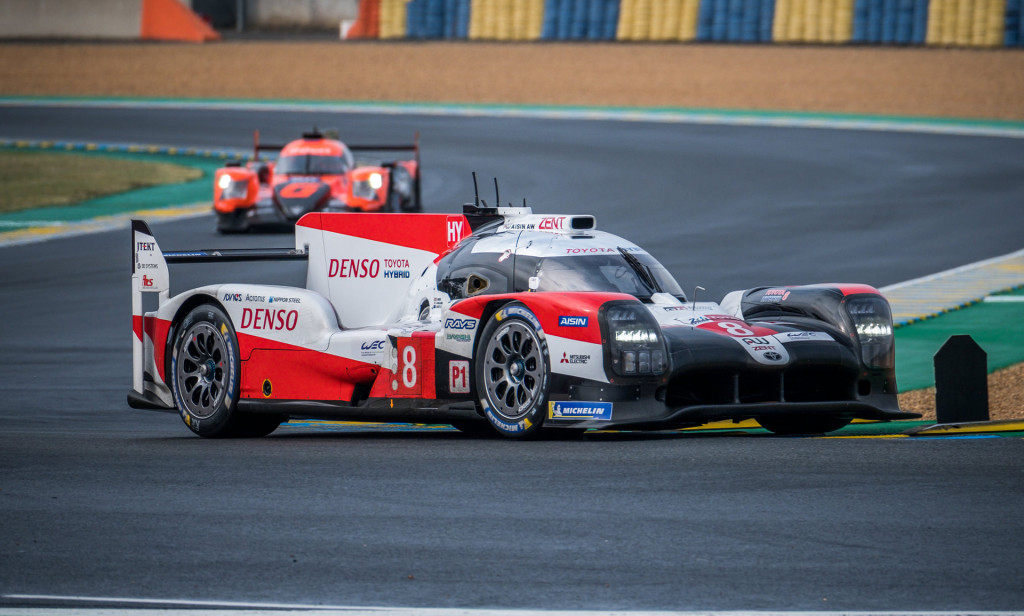 While the concept had an enclosed cabin, the prototype driven at Le Mans was a roadster. It's possible the final design for the GR Super Sport will be a canopy-style roof that incorporates the windshield and flips up, providing easy access to the cabin. Such a design was filed by Toyota with the United States Patent and Trademark Office earlier this year.

“This was my first time to drive the car, so a demonstration lap doesn't allow me to push the limits but I could already feel that the GR Super Sport has the potential for incredible performance,” Wurz said in a statement. “I could feel the similarities between the GR Super Sport and the TS050 Hybrid in terms of performance, particularly the four-wheel drive and the hybrid system.”