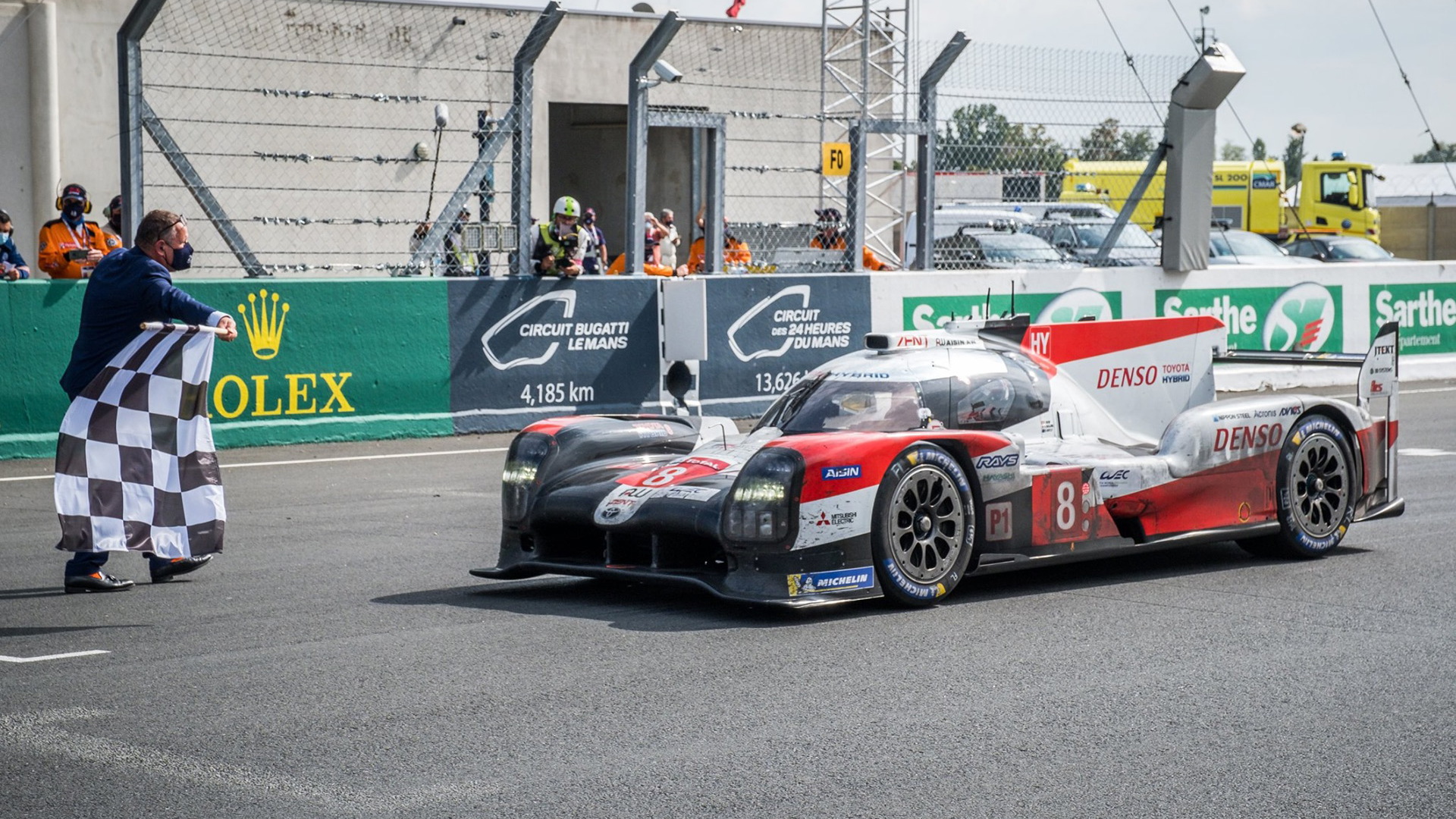 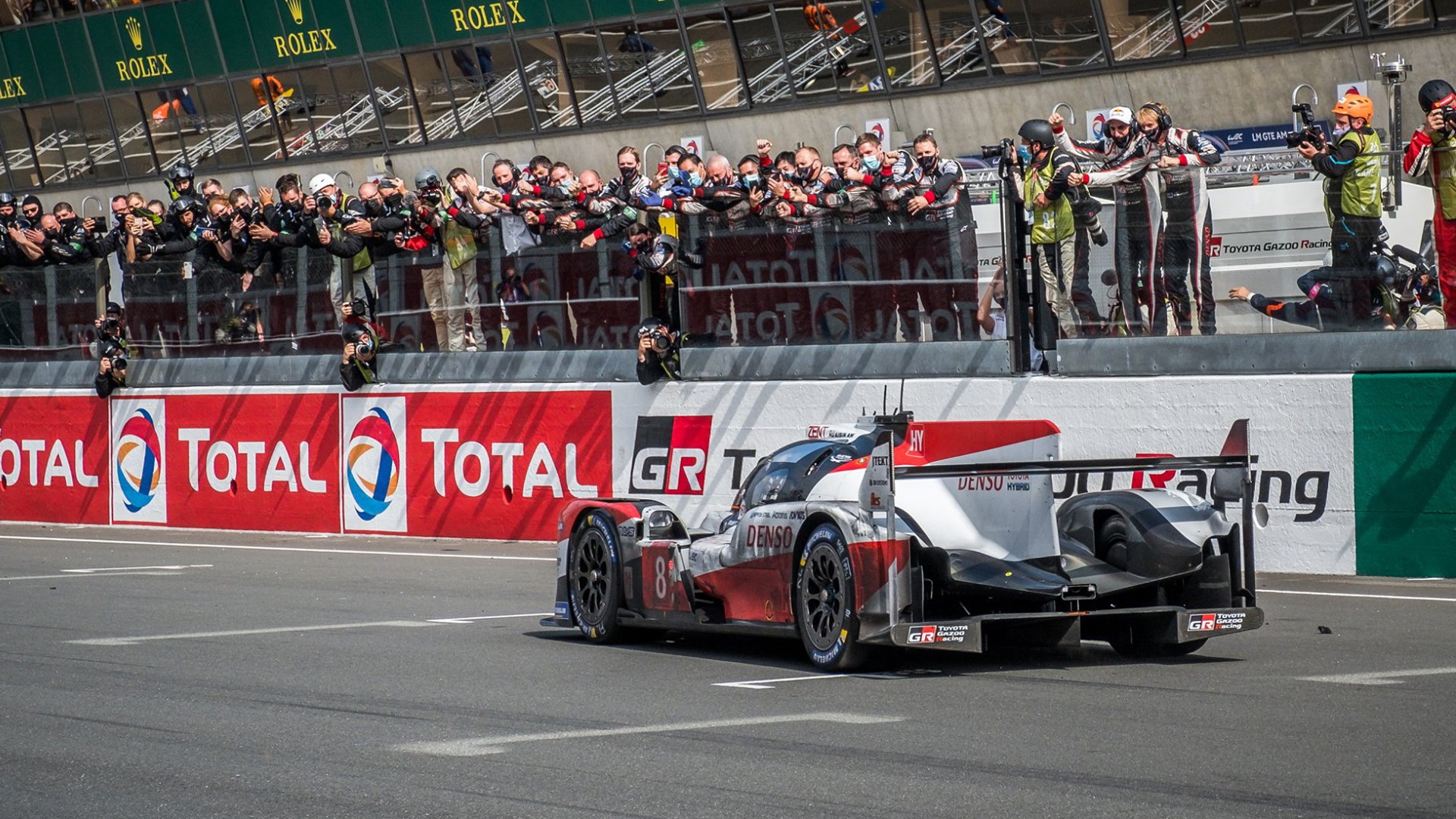 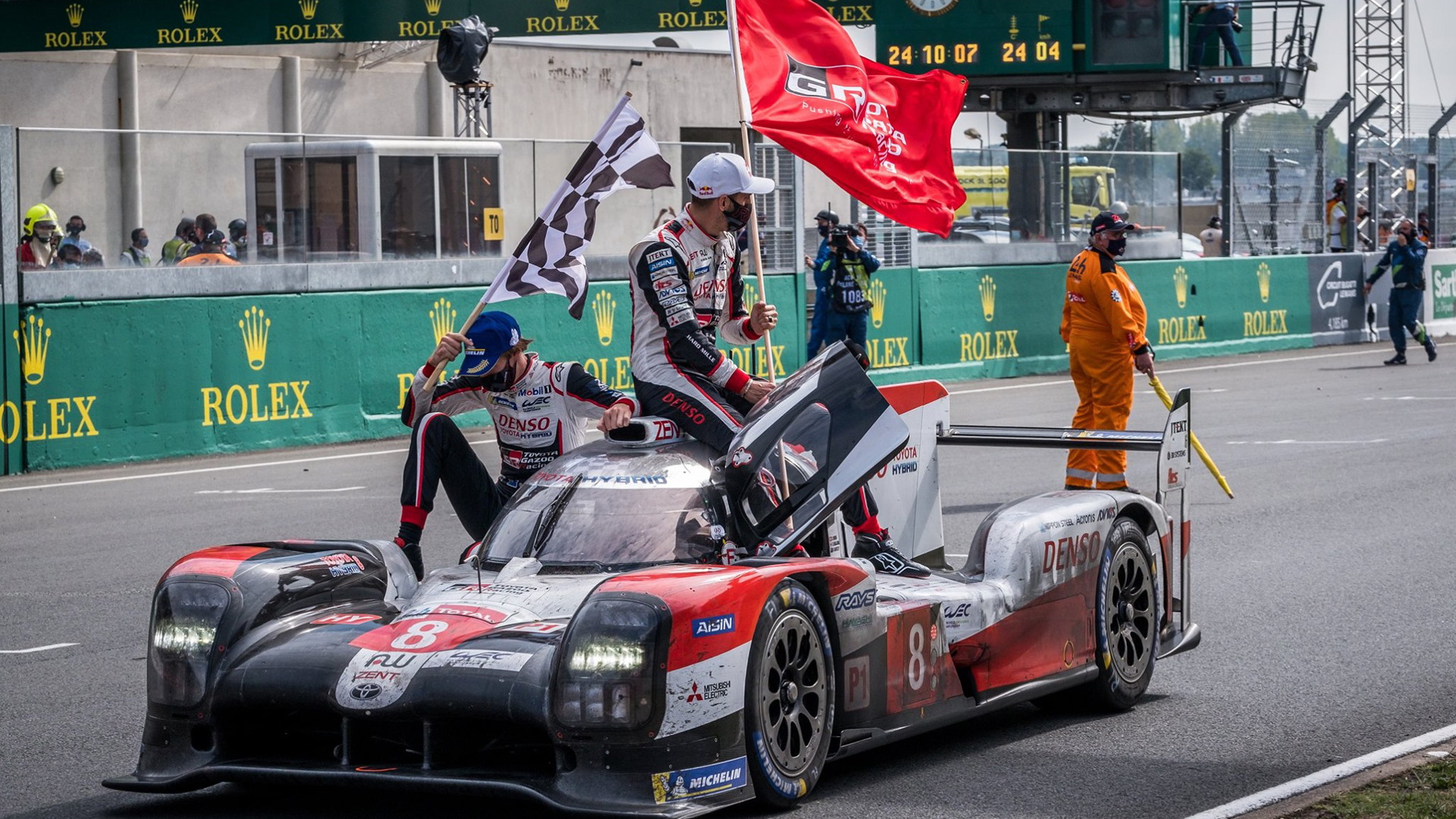 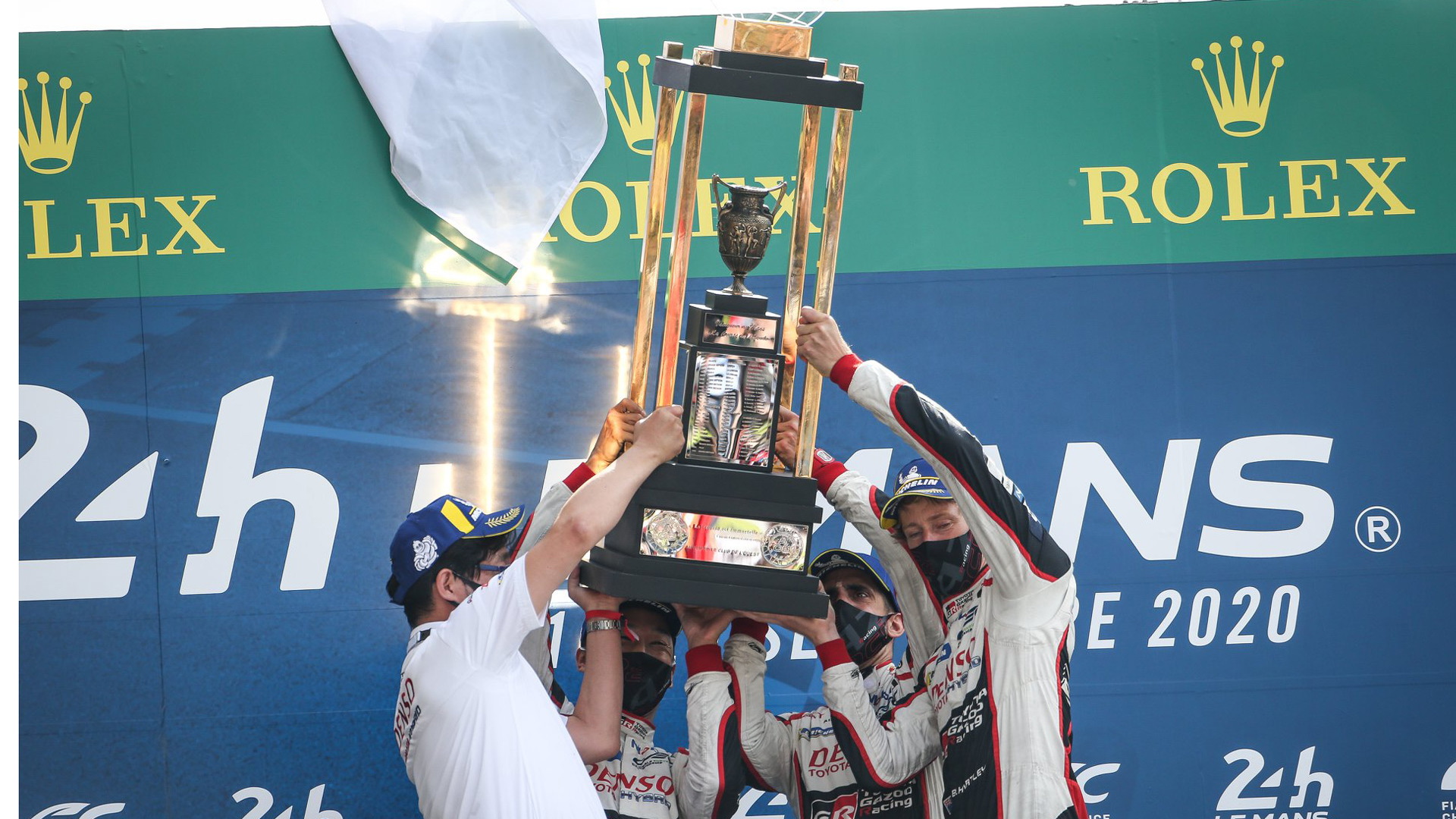 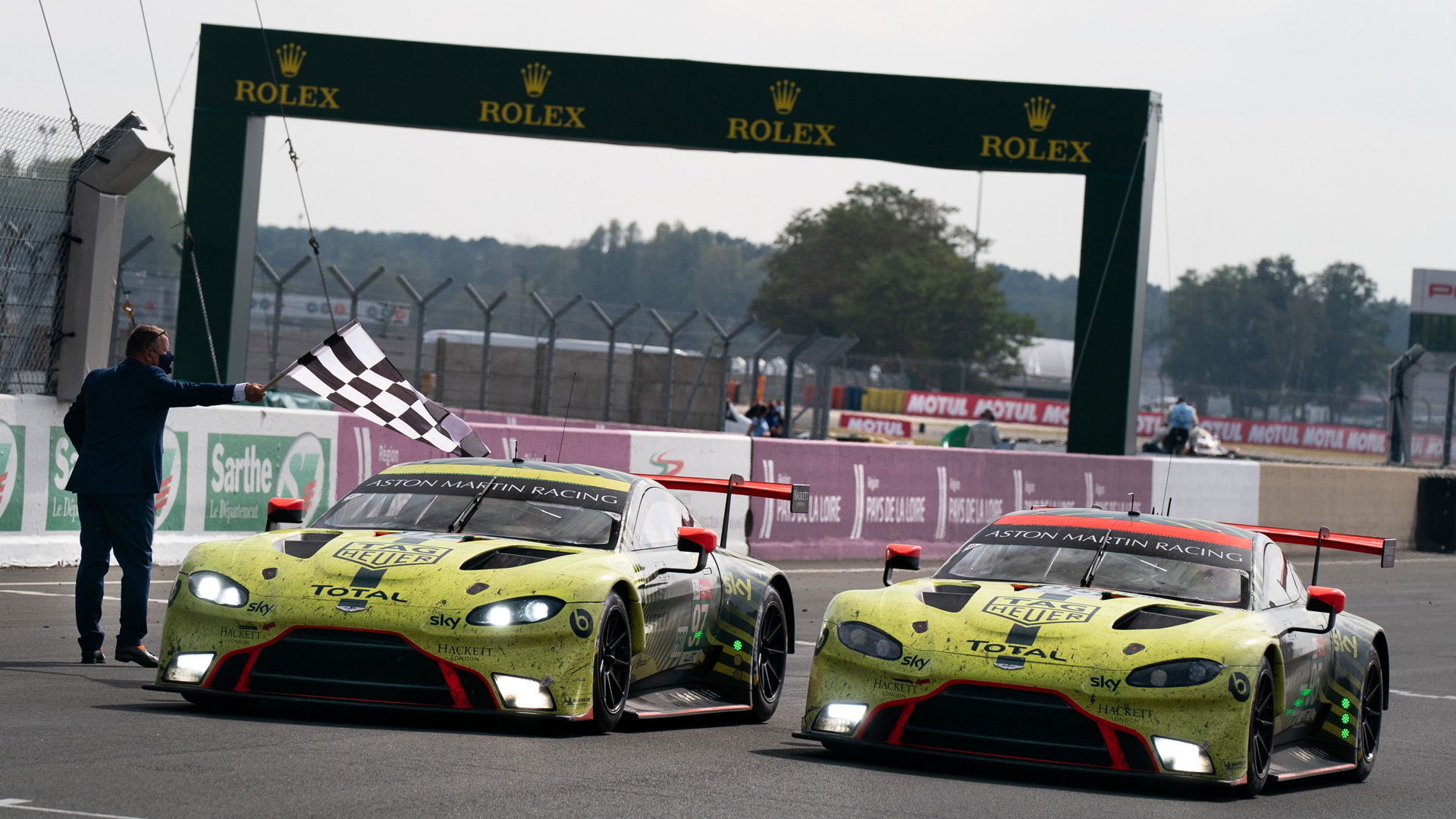 The past weekend saw a 2020 24 Hours of Le Mans, delayed from June due to the coronavirus, take place under superb conditions.

The overall victory and first in the 2019/2020 World Endurance Championship's premier LMP1 class went to the number 8 Toyota TS050 Hybrid, thanks to the efforts of Sebastien Buemi, Kazuki Nakajima and Brendon Hartley.

It was the third-consecutive overall win for Toyota at Le Mans, though on each occassion Toyota has been the sole manufacturer in the top class. This year it was only up against the much smaller privateers Rebellion Racing and Bykolles Racing.

The pole position no. 7 TS050 Hybrid had looked on course for the win until an exhaust problem around 3 a.m. forced the car into the garage. The repairs took around 30 minutes after which the car rejoined the race in fourth position. Kobayashi drove impressively to remake ground.

In the LMP2 class, British squad United Autosports claimed victory for the first time, with their no. 22 car finishing fifth overall thanks to the efforts of Phil Hanson, Filipe Albuquerque and Paul Di Resta. Second in the class went to the no. 38 Jota driven by Anthony Davidson, Antonio Felix da Costa and Roberto Gonzalez, and third went to the no. 31 Panis Racing driven by Julien Canal, Nicolas Jamin and Matthieu Vaxiviere.

For Aston Martin, the race was a huge success as the British automaker enjoyed wins in both the GTE Pro and GTE Am classes with its Vantage GTE. At the checkered flag, it was Aston Martin's own no. 97 Vantage GTE driven by Alex Lynn, Maxime Martin and Harry Tincknell finishing first in the GTE Pro class and 20th overall. Second in the class went to the no. 51 AF Corse Ferrari 488 GTE Evo driven by James Calado, Alessandro Pier Guidi and Daniel Serra. Third went to the no. 95 Vantage GTE fielded by Aston Martin, which was driven by Marco Sørensen, Nicki Thiim and Richard Westbrook.

In the GTE Am class, first place and 24th overall went to the no. 90 TF Sport Aston Martin Vantage GTE driven by Salih Yoluc, Charlie Eastwood and Jonny Adam. Second in the class went to the no. 77 Dempsey-Proton Racing Porsche 911 RSR driven by Matt Campbell, Riccardo Pera and Christian Ried. Third went to the no. 83 AF Corse Ferrari 488 GTE Evo driven by Emmanuel Collard, Nicklas Nielsen and Francois Perrodo.

There's still one more round in the 2019/2020 WEC season scheduled for November 14 in Bahrain. The next season sees the WEC return to a single calendar year, as well as the introduction of the new Le Mans Hypercar class to run alongside the current LMP1 class. Balance of performance rules will be relied on to make the two classes competitive.