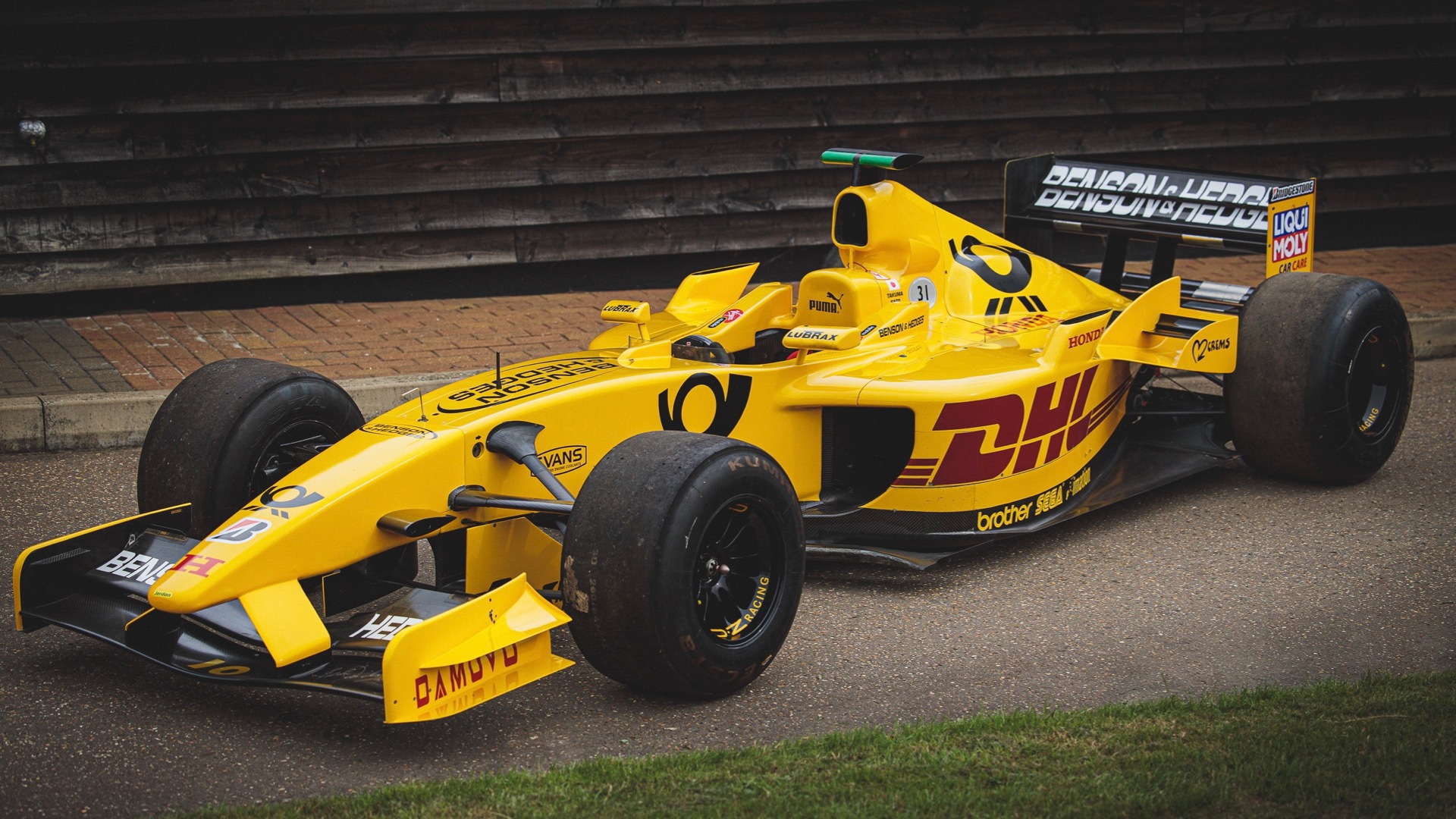 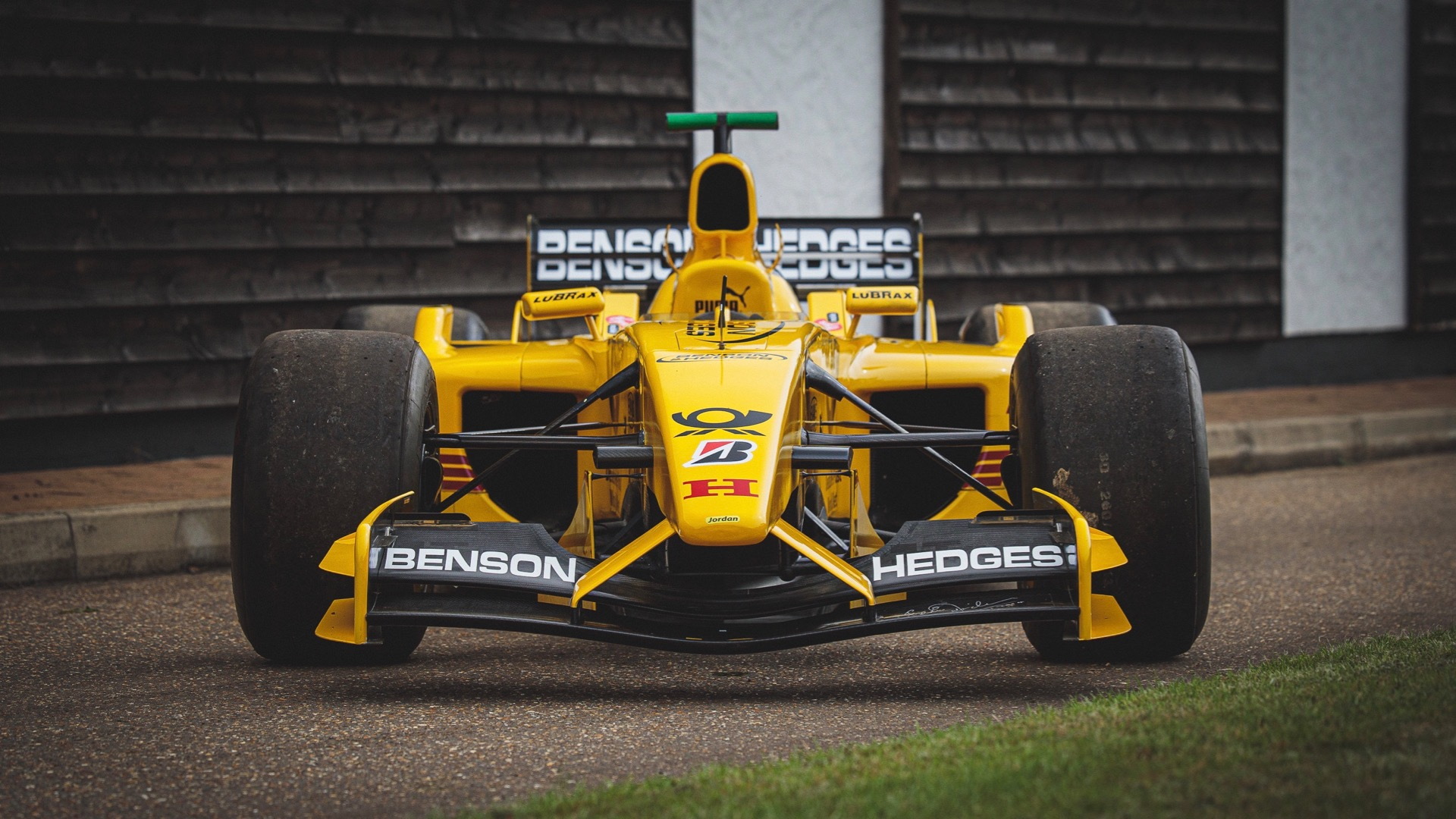 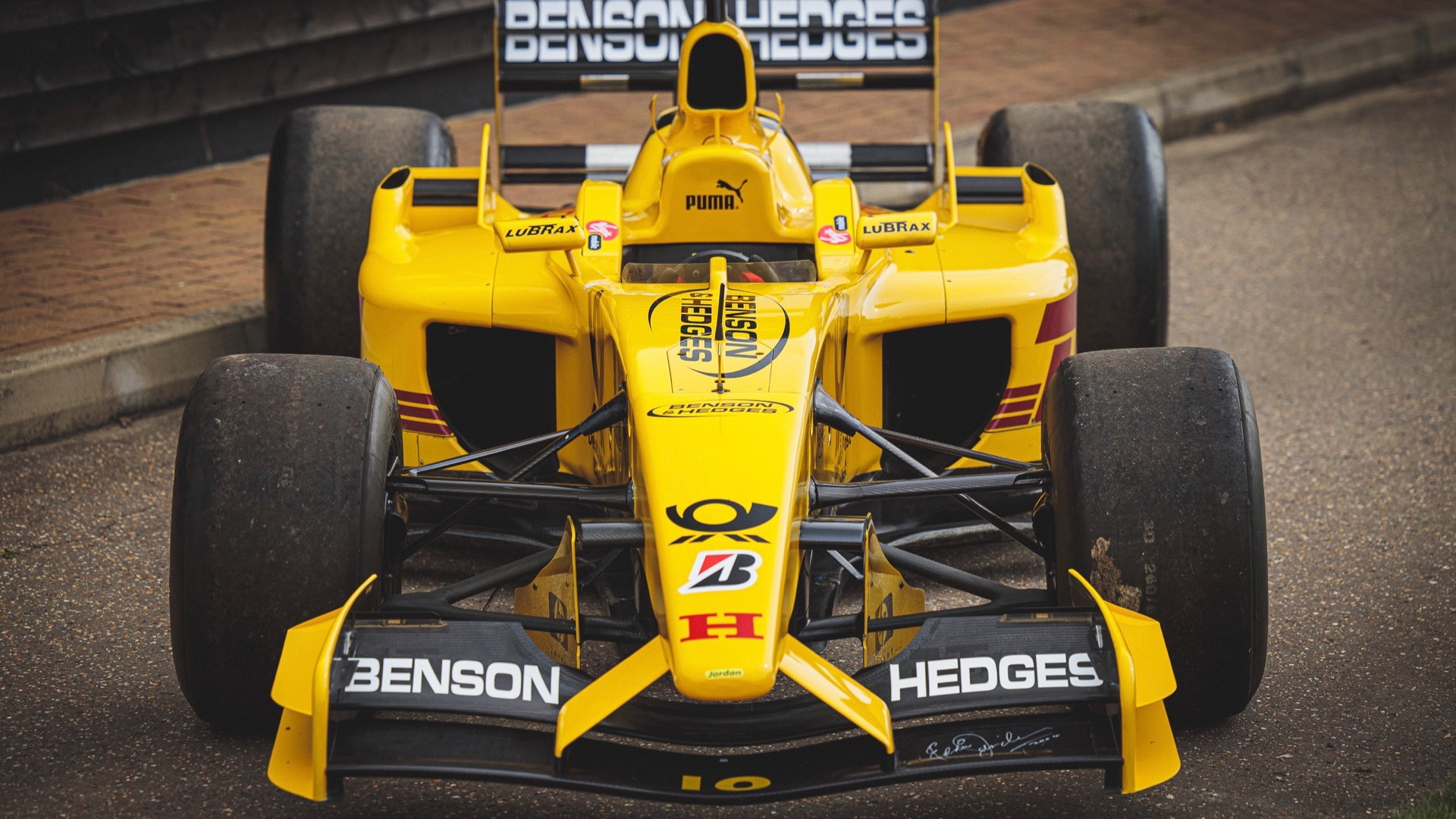 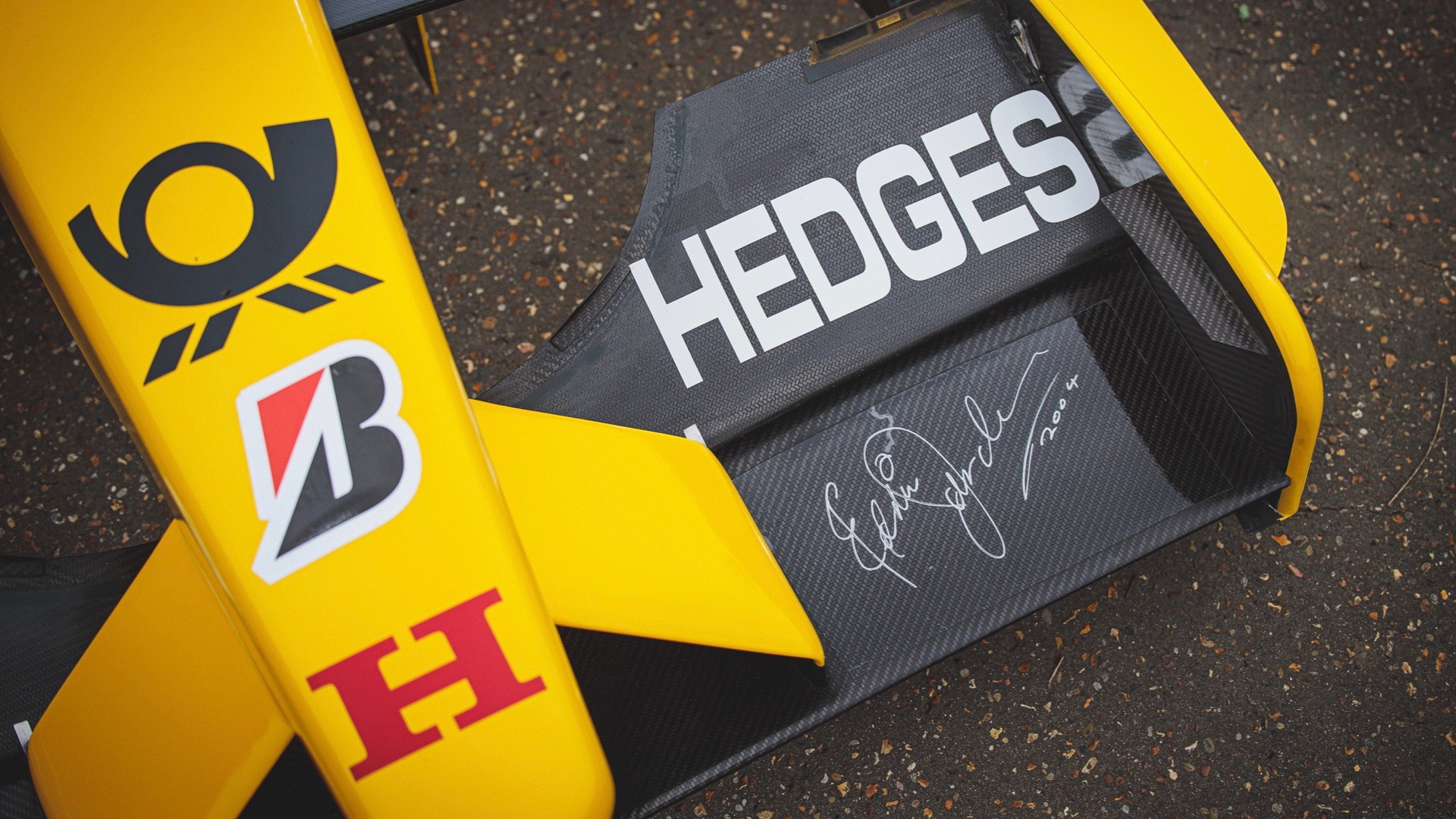 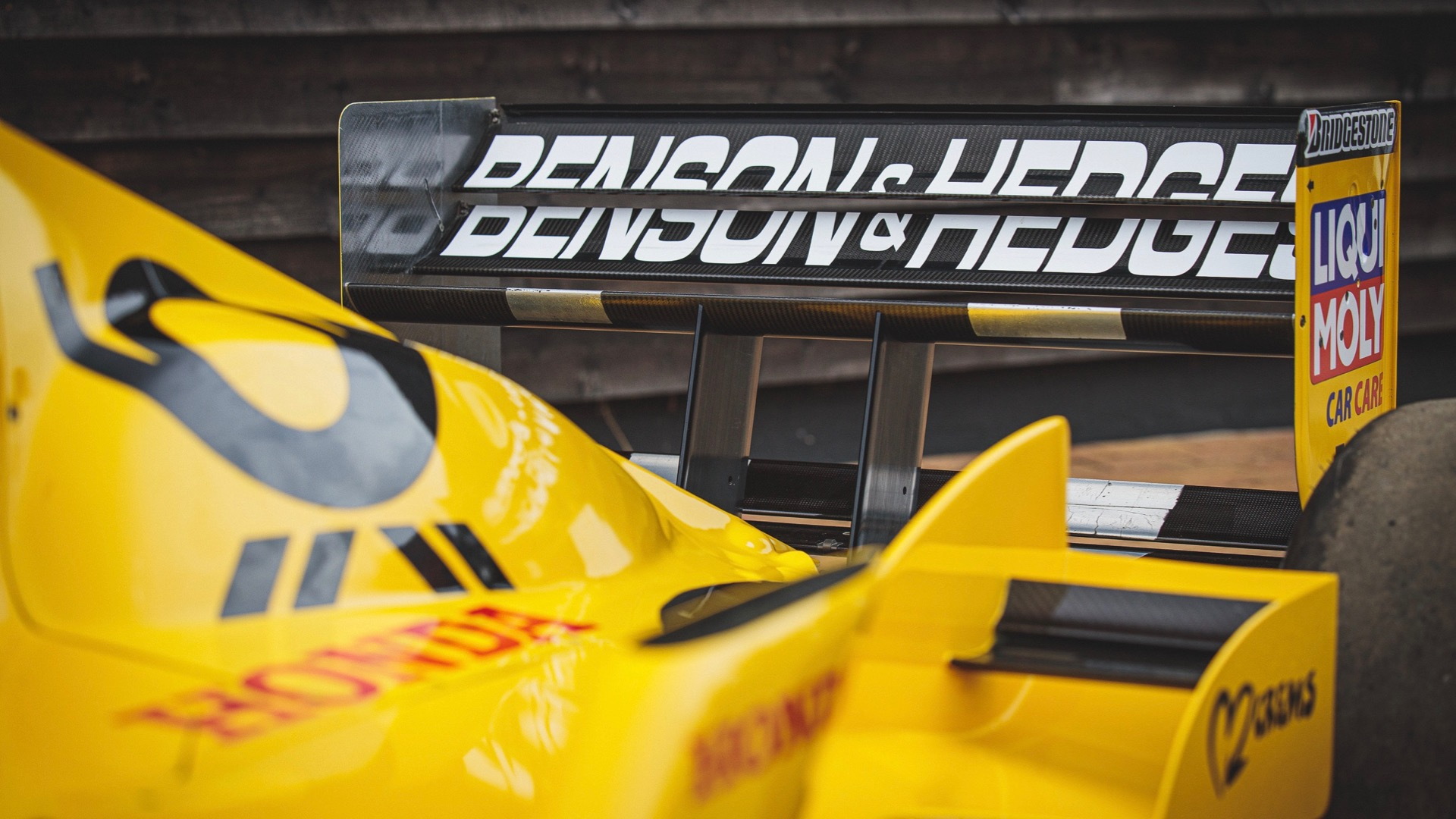 About a month after Takuma Sato's 2020 Indianapolis 500 win, one of his old Formula 1 rides will head to auction. The car in question is a 2002 Jordan Honda EJ12, which auction house The Market claims is fully drivable. The auction runs Sept. 22-29.

The Jordan team (predecessor of today's Racing Point squad) had some flashes of competitiveness, but 2002 was a poor season for the team. Sato only managed to score two points (at the Japanese Grand Prix), while teammate Giancarlo Fisichella fared slightly better, with two fifth-place finishes.

The car going up for auction was used in pre-season testing at Silverstone in January 2002, and was displayed at Jordan's season launch event the following month, but the listing doesn't say whether it was actually raced.

Of the five EJ12 chassis (the letters are the initials of team owner Eddie Jordan) built, only two are known to survive, according to the seller. The only other known surviving EJ12 is part of Honda's heritage collection.

While this car is listed as drivable, it does not have its original Honda V-10 engine. Instead, it has a Judd KV8 Zytec S3000 engine from a Formula 3000 car, coupled to a 5-speed Lola/Hewland paddle-shifted gearbox. This setup is cheaper to run and more usable, according to the seller. The engine was rebuilt sometime in 2016 or 2017, and has only accumulated 500 kilometers (310 miles) out of a 5,000-kilometer (3,106-mile) lifespan since then.

Multiple sets of spare tires, as well as some spare parts and tools, are included with the sale. The Market expects this car to fetch between $190,000 and $320,000 at current exchange rates.