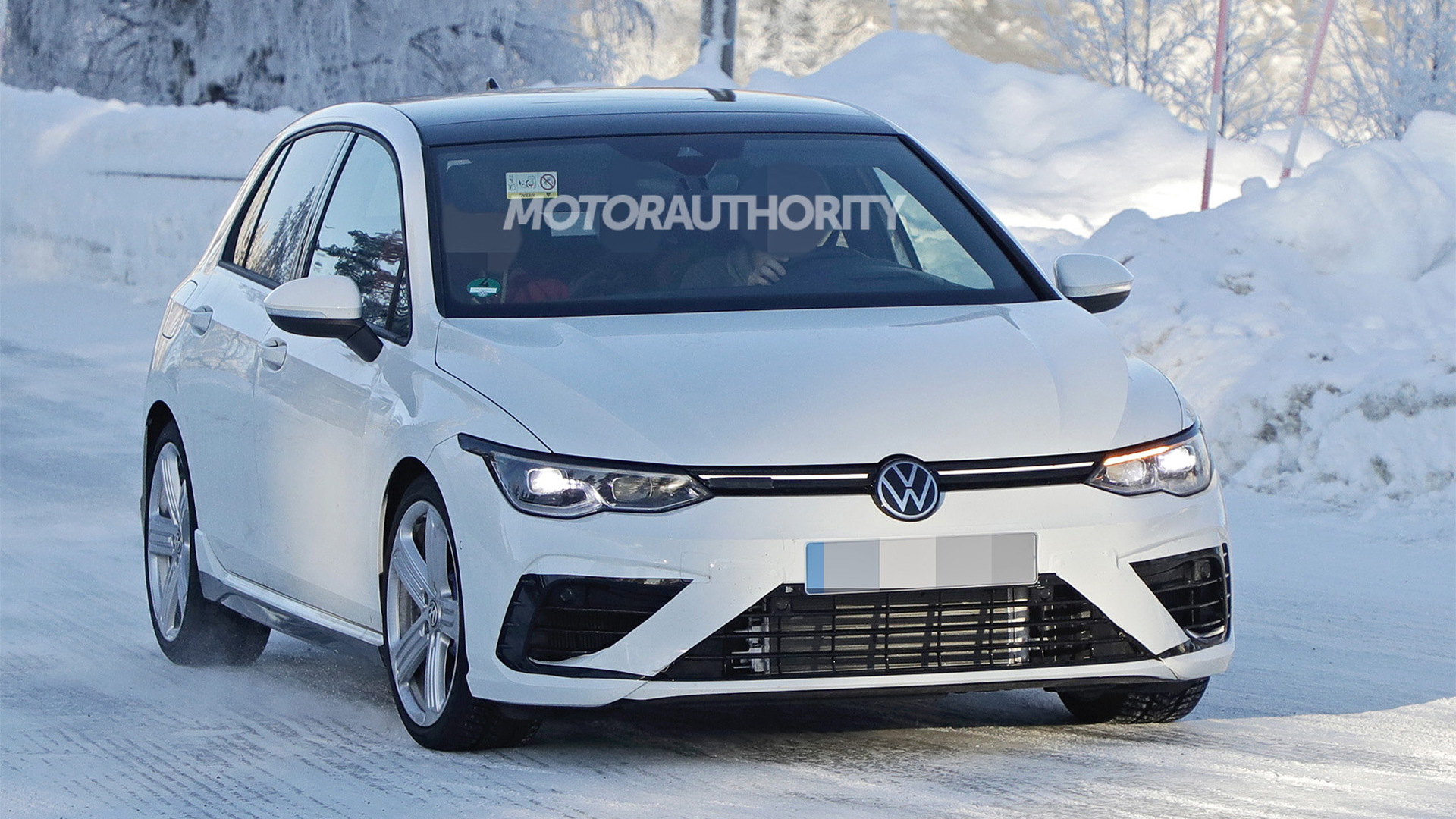 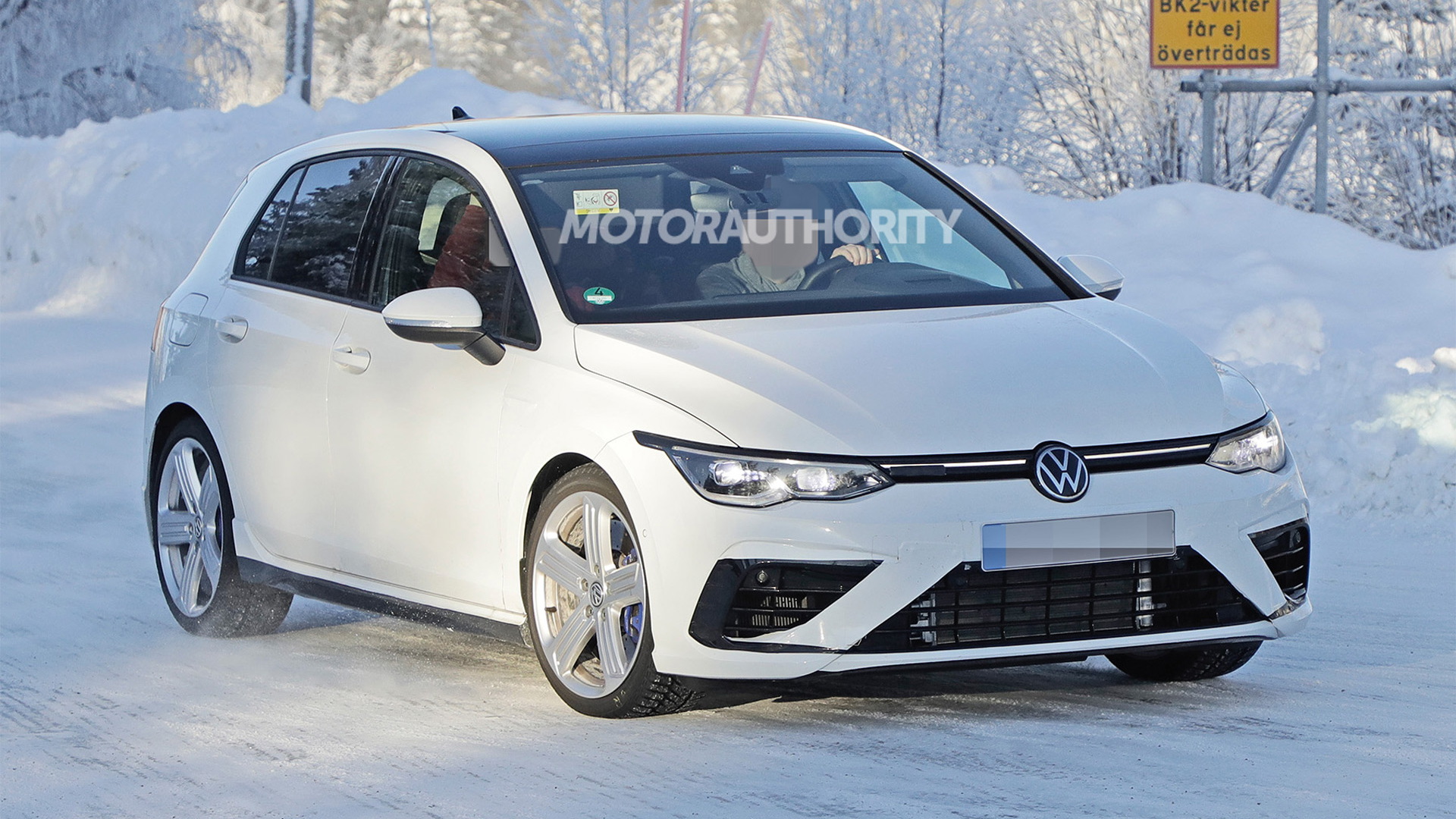 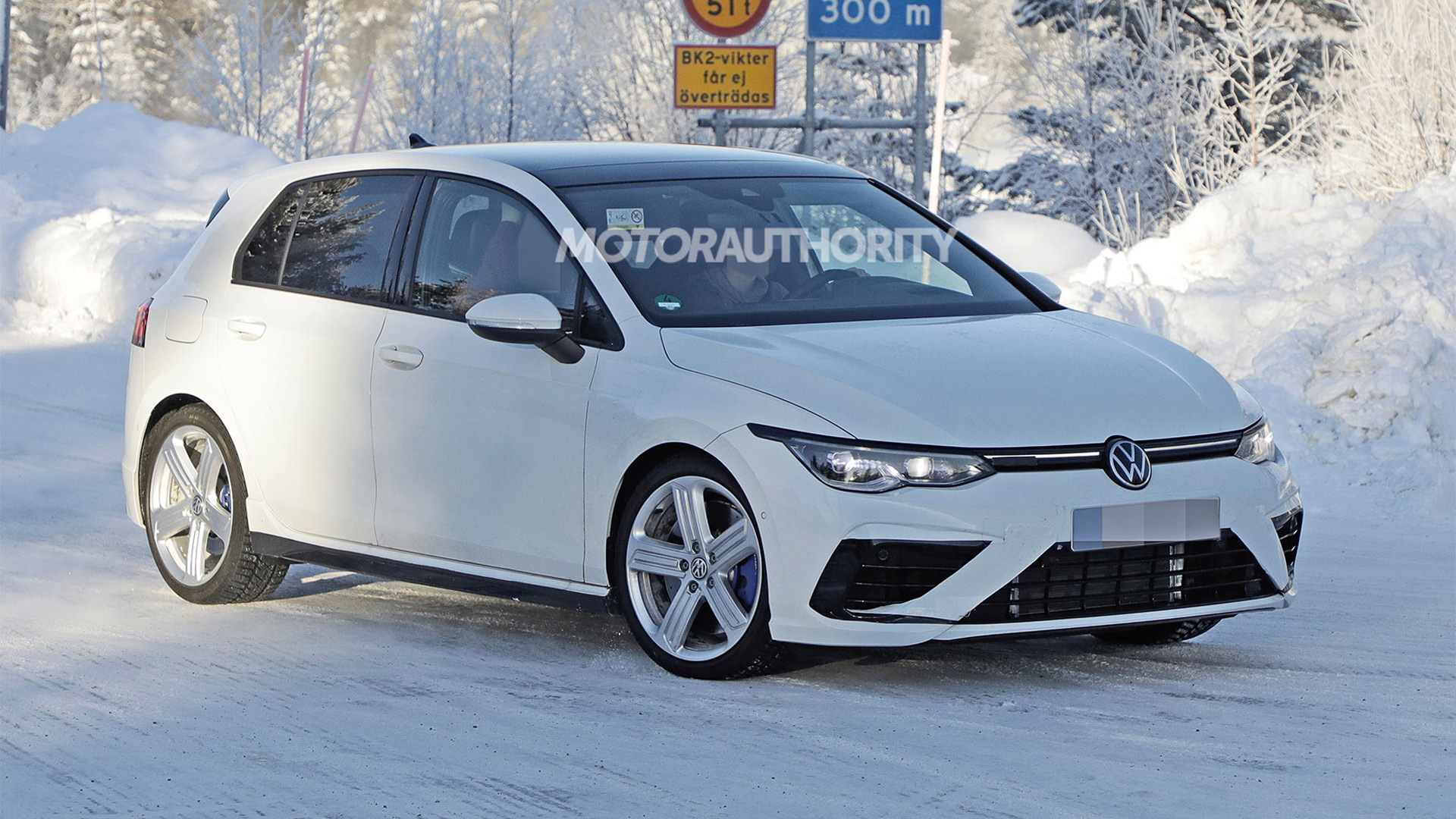 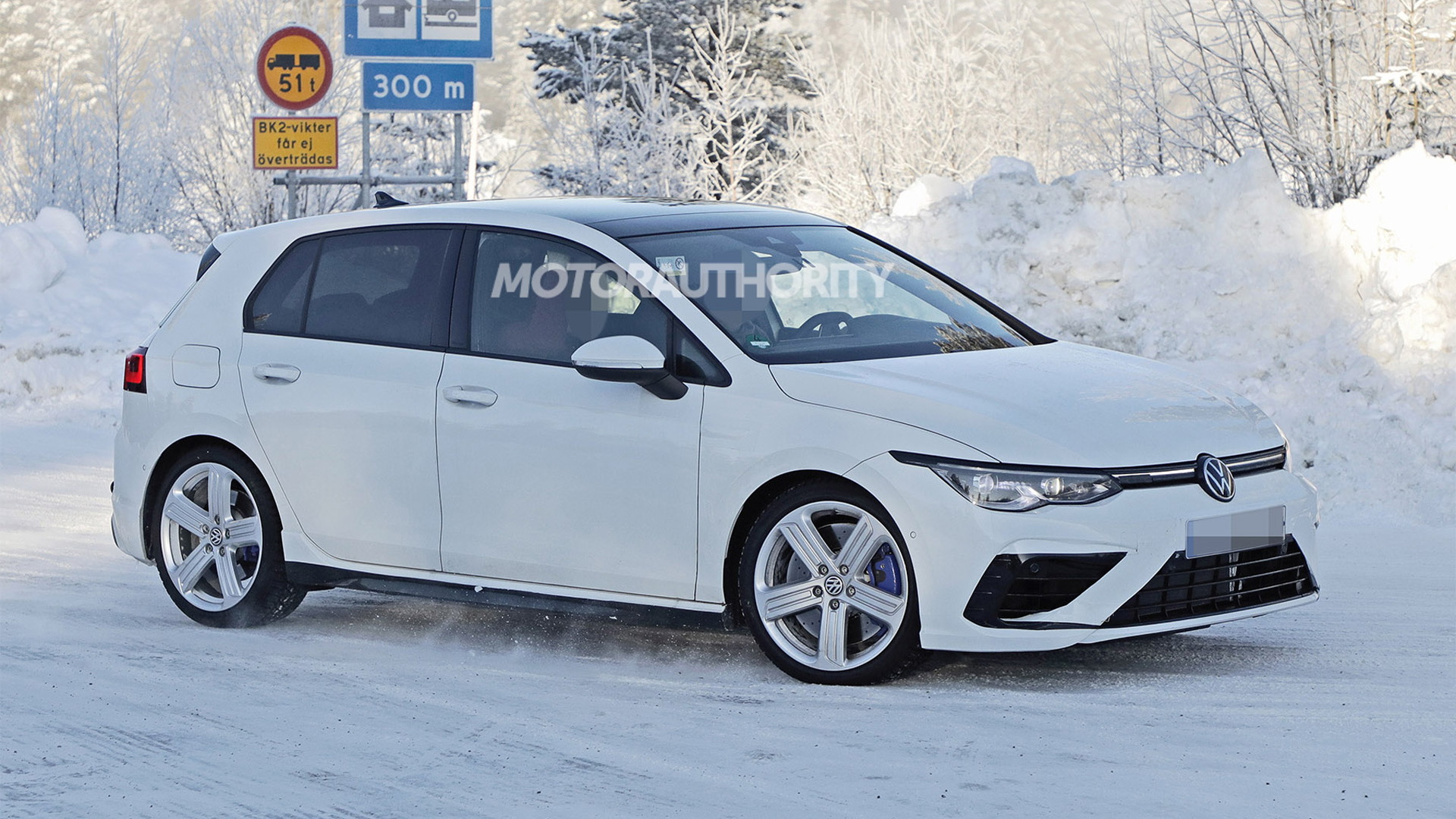 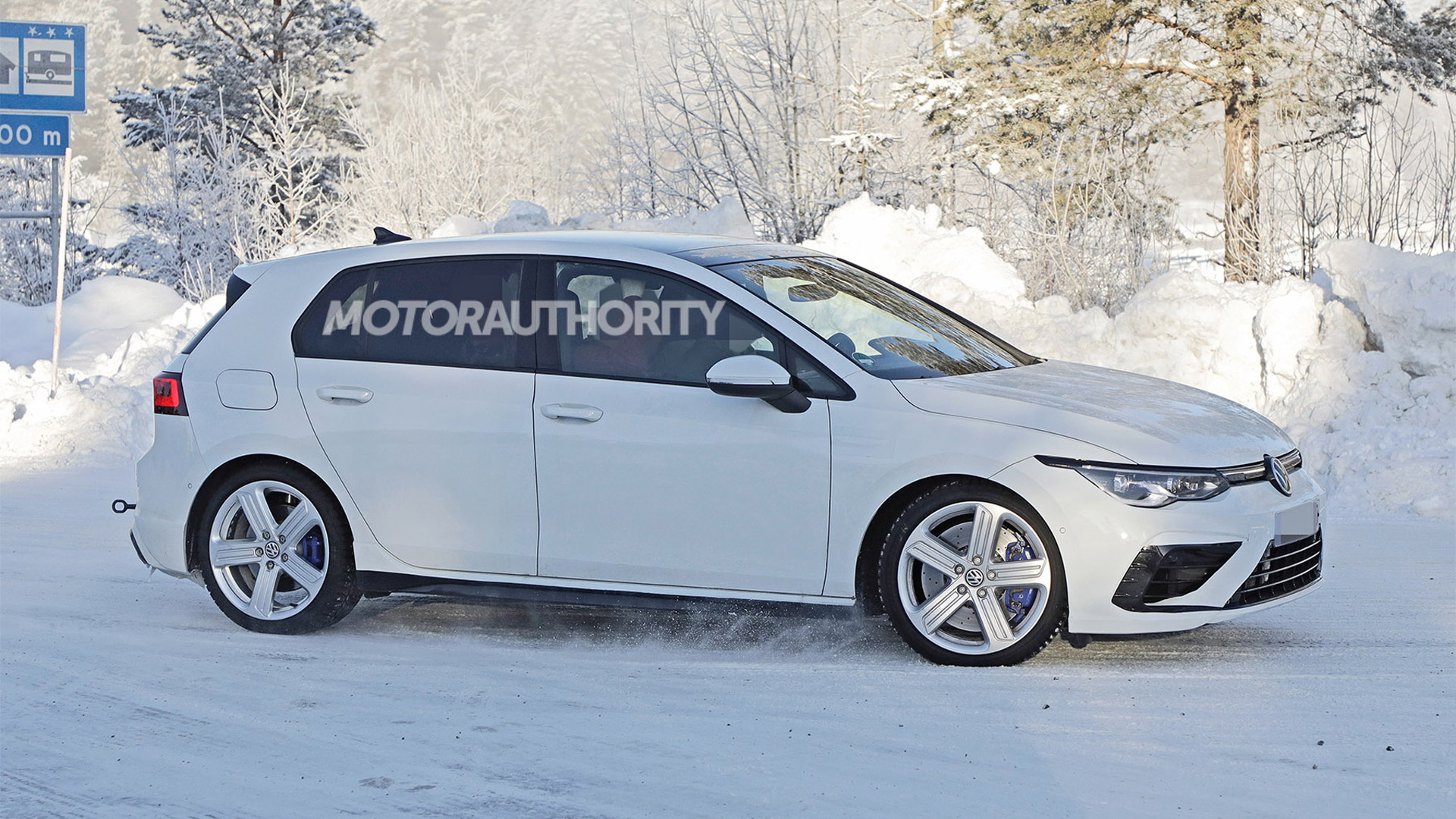 Prototypes for the Golf GTI have been spotted for over a year and now we have our first look at a tester for the Golf R. Both are expected here later this year as 2021 models.

The new Golf is more a heavy update of the previous generation than a true redesign. As a result, the new Golf R will follow a similar performance path to its predecessor which was dropped at the end of 2019.

Power will come from a 2.0-liter turbocharged inline-4, though this time the peak output is expected to hover around 328 horsepower—a healthy jump over the previous model's 292 hp. Drive will go to all four wheels, most likely via a standard dual-clutch transmission.

The new Golf GTI should also see a bump in power. Its 2.0-liter turbo-4 is expected to be rated at a peak 241 hp, matching the output of the Golf GTE plug-in hybrid sold overseas. A Golf R “plus” model with close to 400 hp is also a distinct possibility at some point.

Look for the Golf GTI to debut this spring. The Golf R is expected to follow in the summer, possibly at the United Kingdom's Goodwood Festival of Speed in mid-July.

VW is working to dramatically expand its offering of R-badged models in the coming years. We've already seen a T-Roc R compact crossover launched overseas, and R versions of the larger Tiguan and Touareg crossovers are also thought to be in the works.