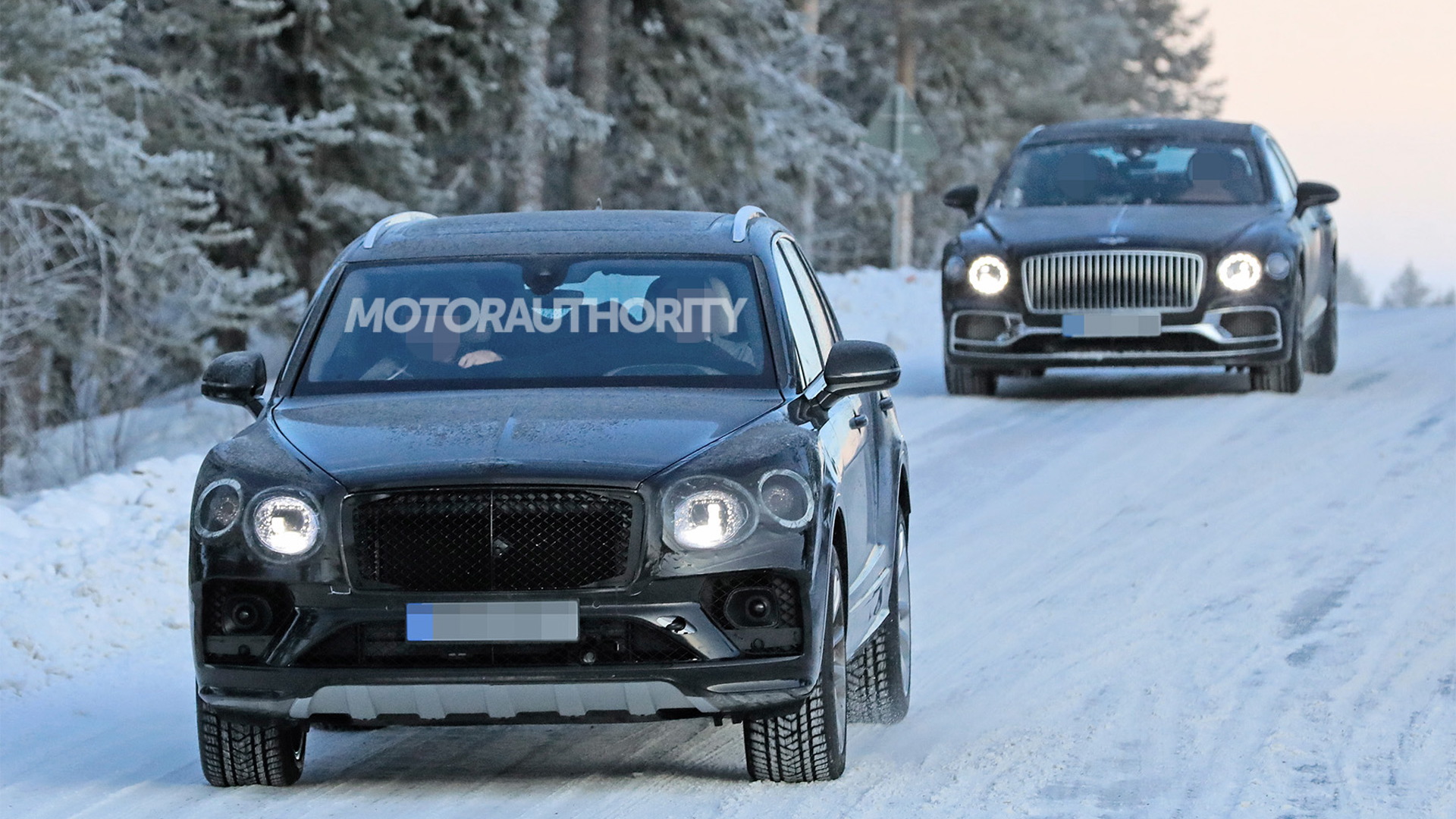 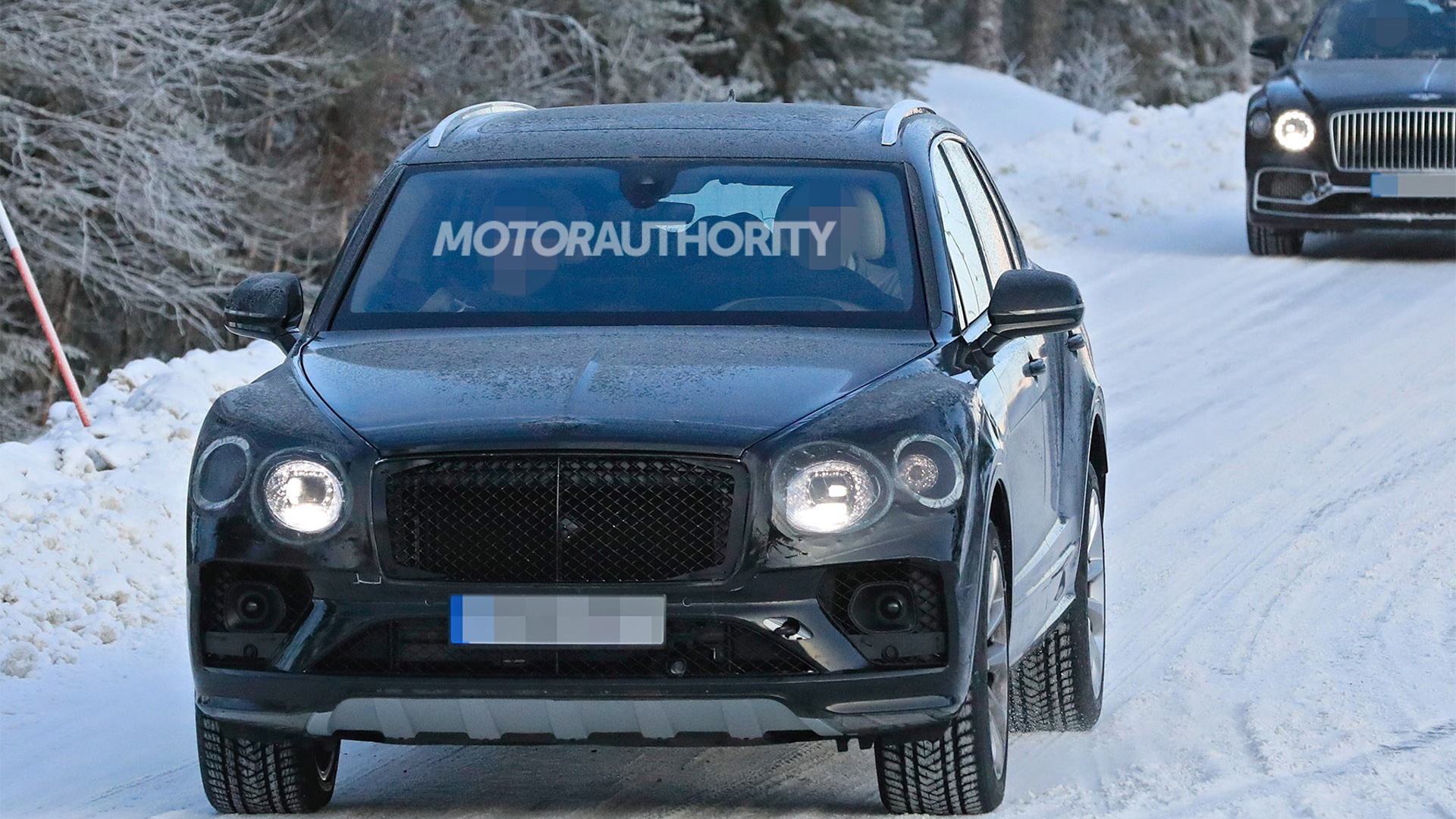 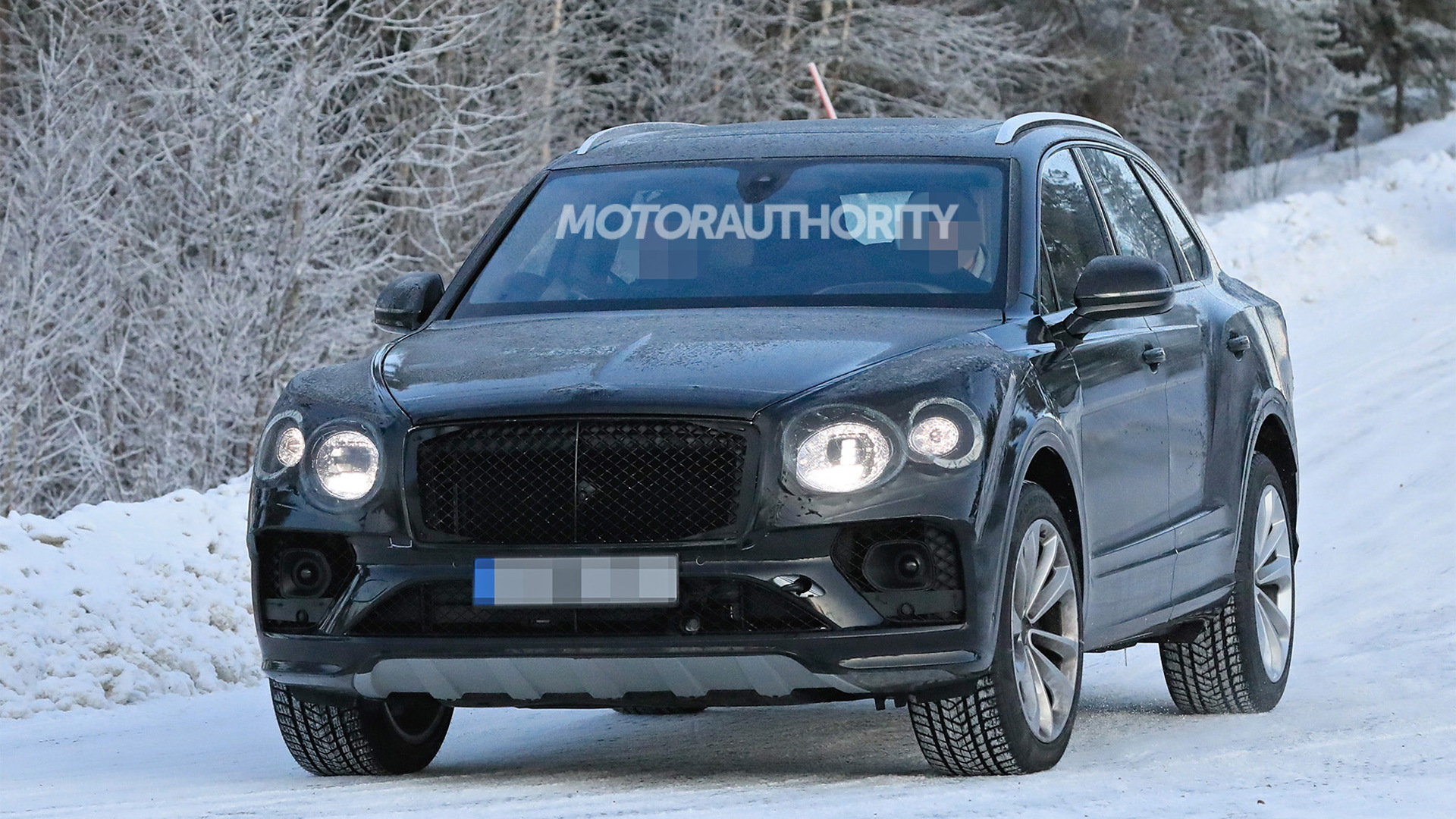 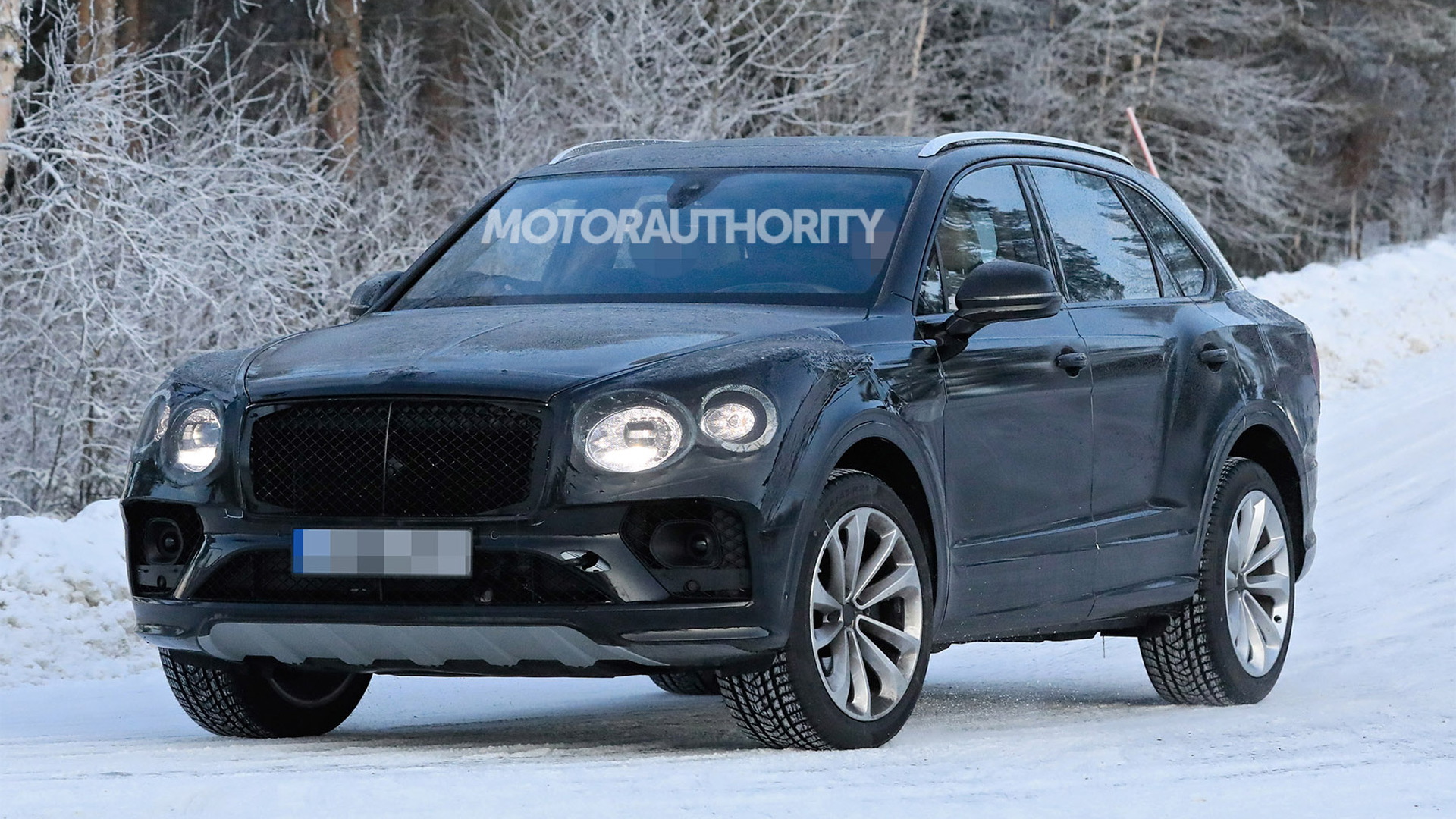 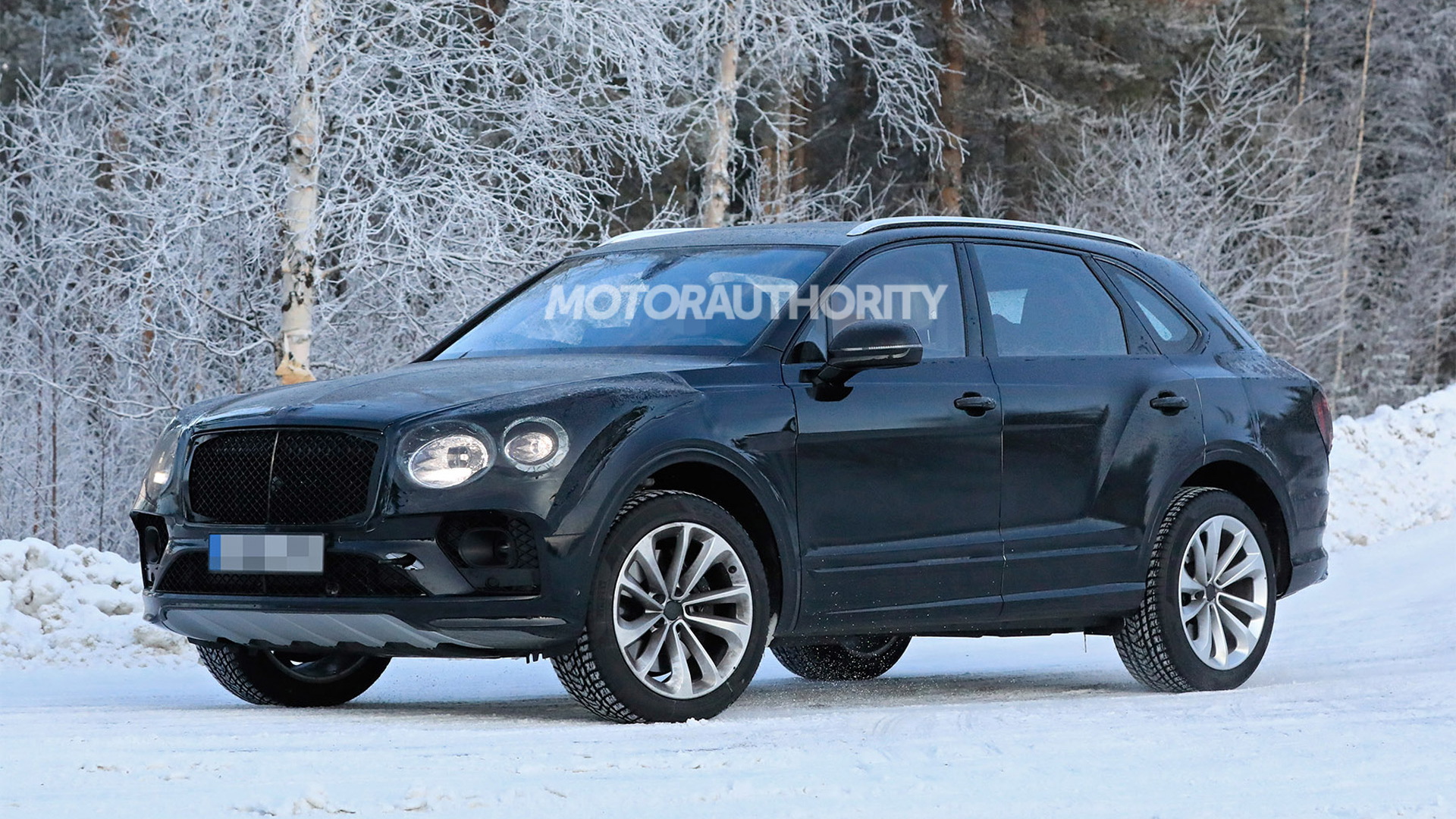 A partially camouflaged Bentley Bentayga prototype has been spotted and points to an update on the way for the ultra-luxury SUV.

The updated Bentayga is likely to debut in late 2020 or early the following year, meaning we should see it arrive as a 2021 model, with the tweaks constituting a mid-cycle refresh for the SUV which first arrived in 2016 as a 2017 model.

Thick camouflage gear on the nose and tail of the vehicle suggest this will be more than a mild update. The designers are likely to introduce a flashier look similar to what's found on the latest Flying Spur, an example of which can be seen in some of the shots as a support vehicle for the Bentayga prototype. Expect a more rounded front section and new, more jewel-like internals for the lights at both ends.

According to our photographer, the interior was also heavily camouflage. A more premium, more high-tech dash similar to the setup in the Continental GT is likely.

Don't expect any major tweaks to the powertrain lineup. A V-6-based plug-in hybrid option was just launched for the 2020 model year, joining the existing V-8 and W-12 options. There's also the Speed range-topper whose W-12 spits out a heady 626 horsepower.

Upon its debut, the Bentayga was criticized for being a little too plain, which Bentley looks to be addressing with the mid-cycle refresh. Despite the criticisms, the vehicle has been a huge hit, accounting for almost one out of every two sales for the brand in the United States in 2018 and 2019's tally looking similar.