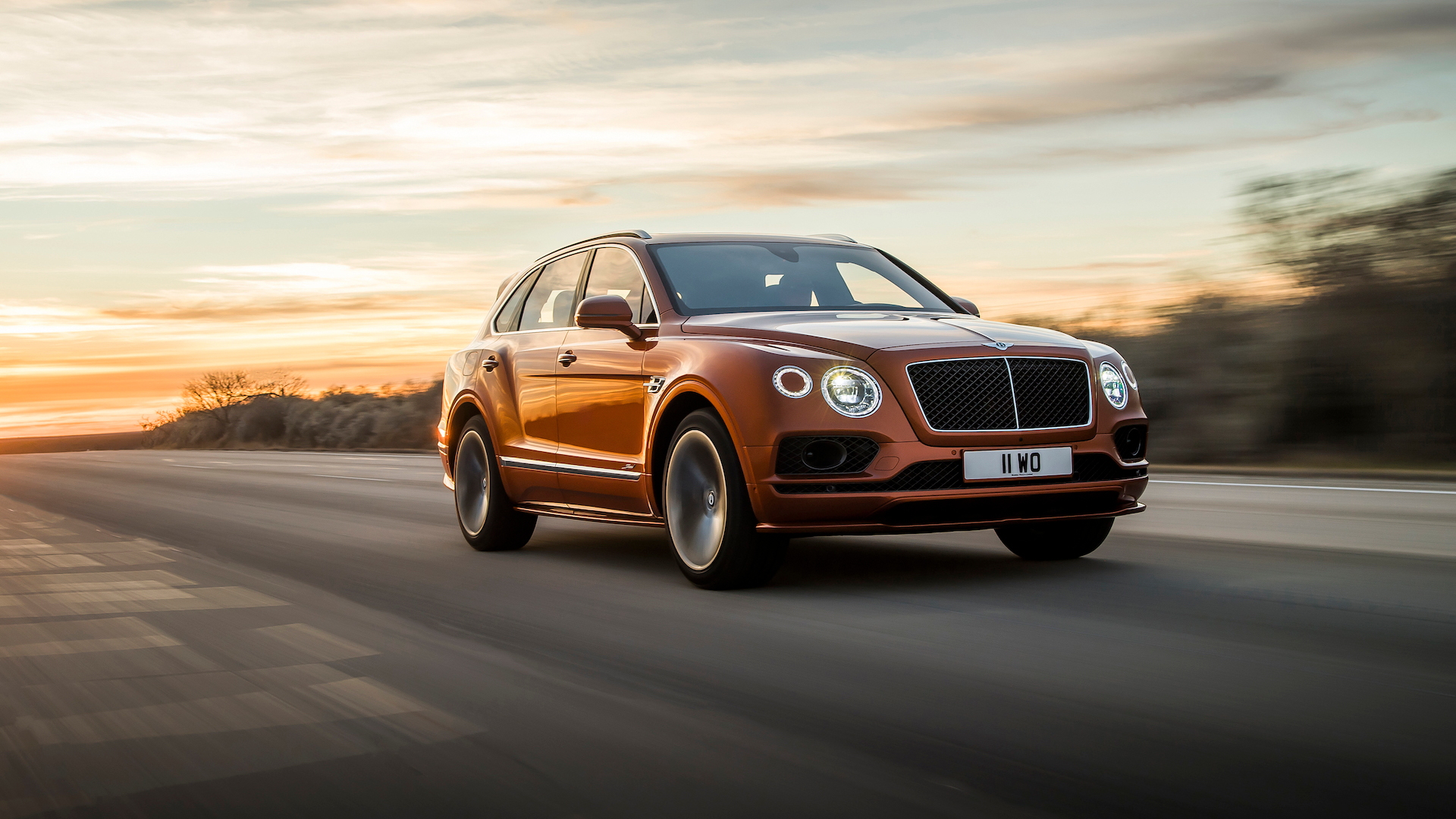 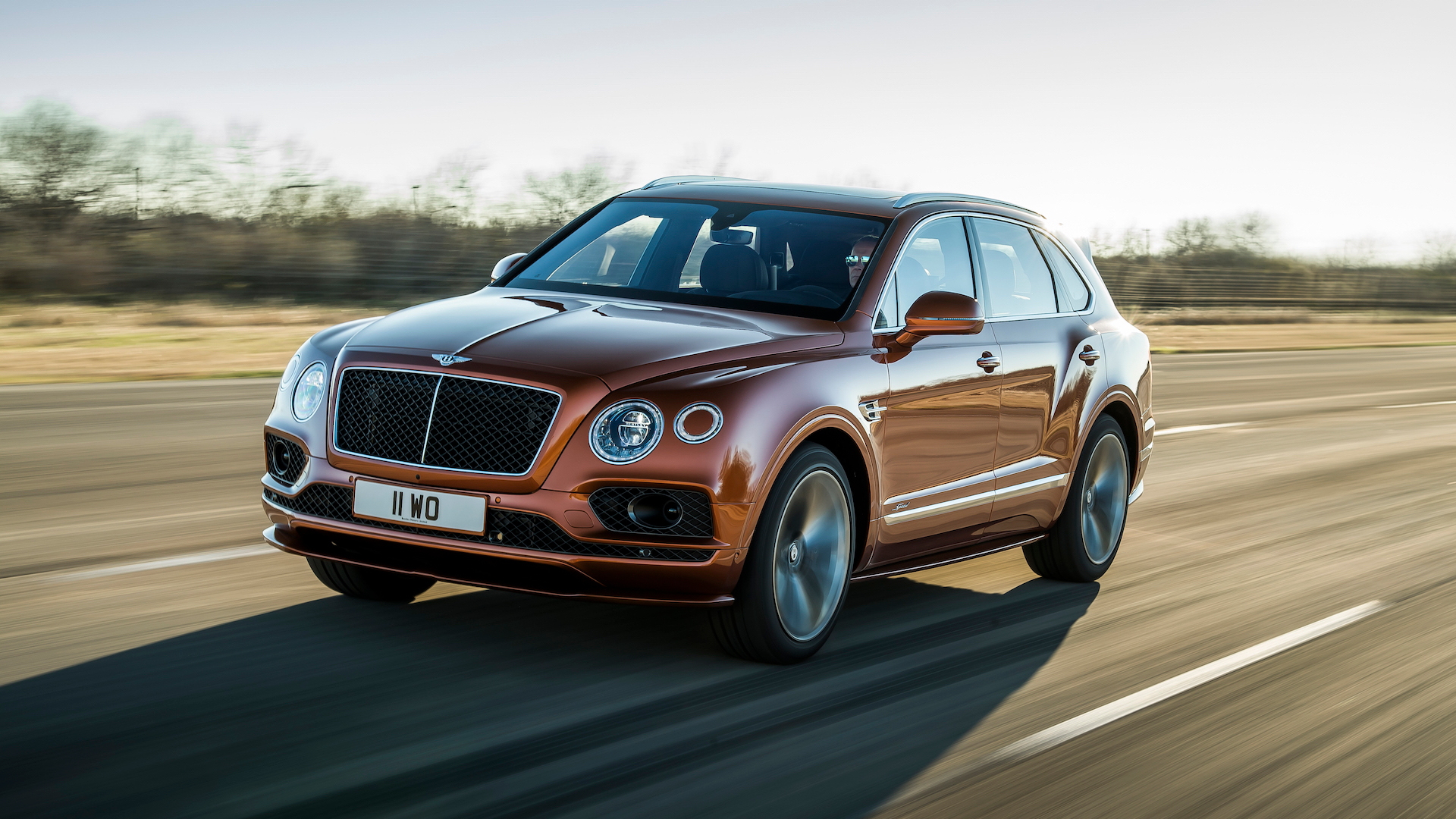 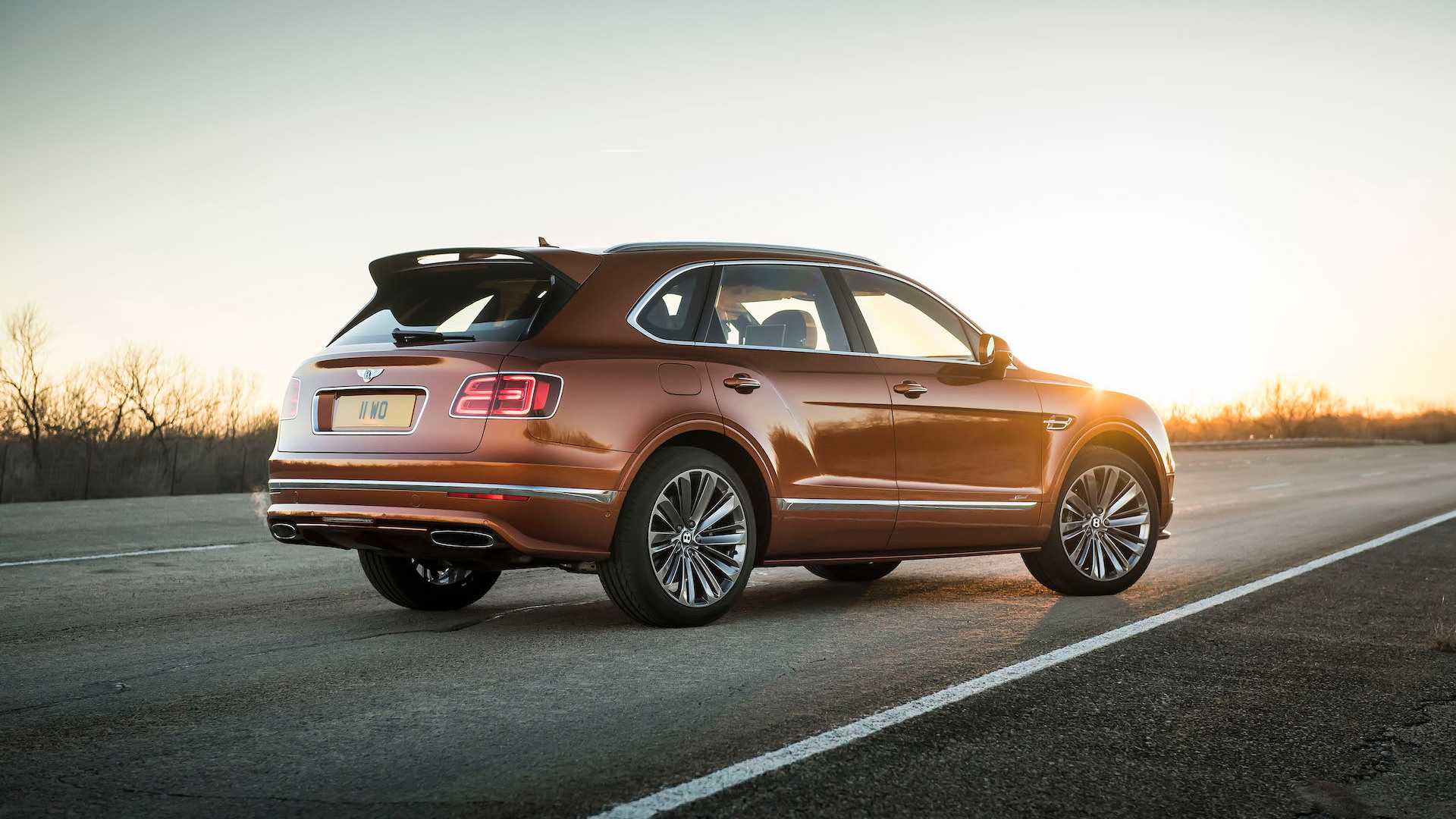 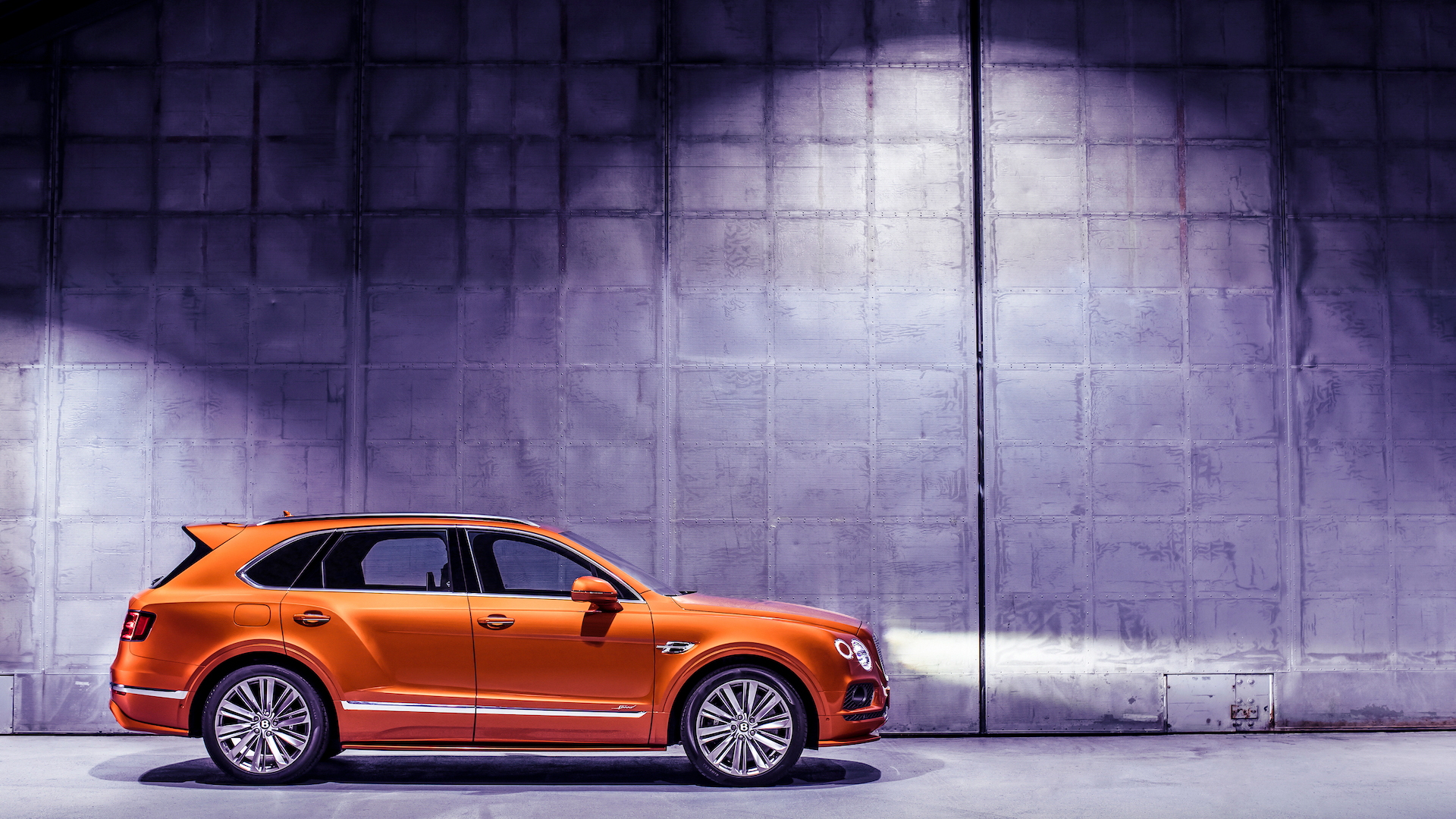 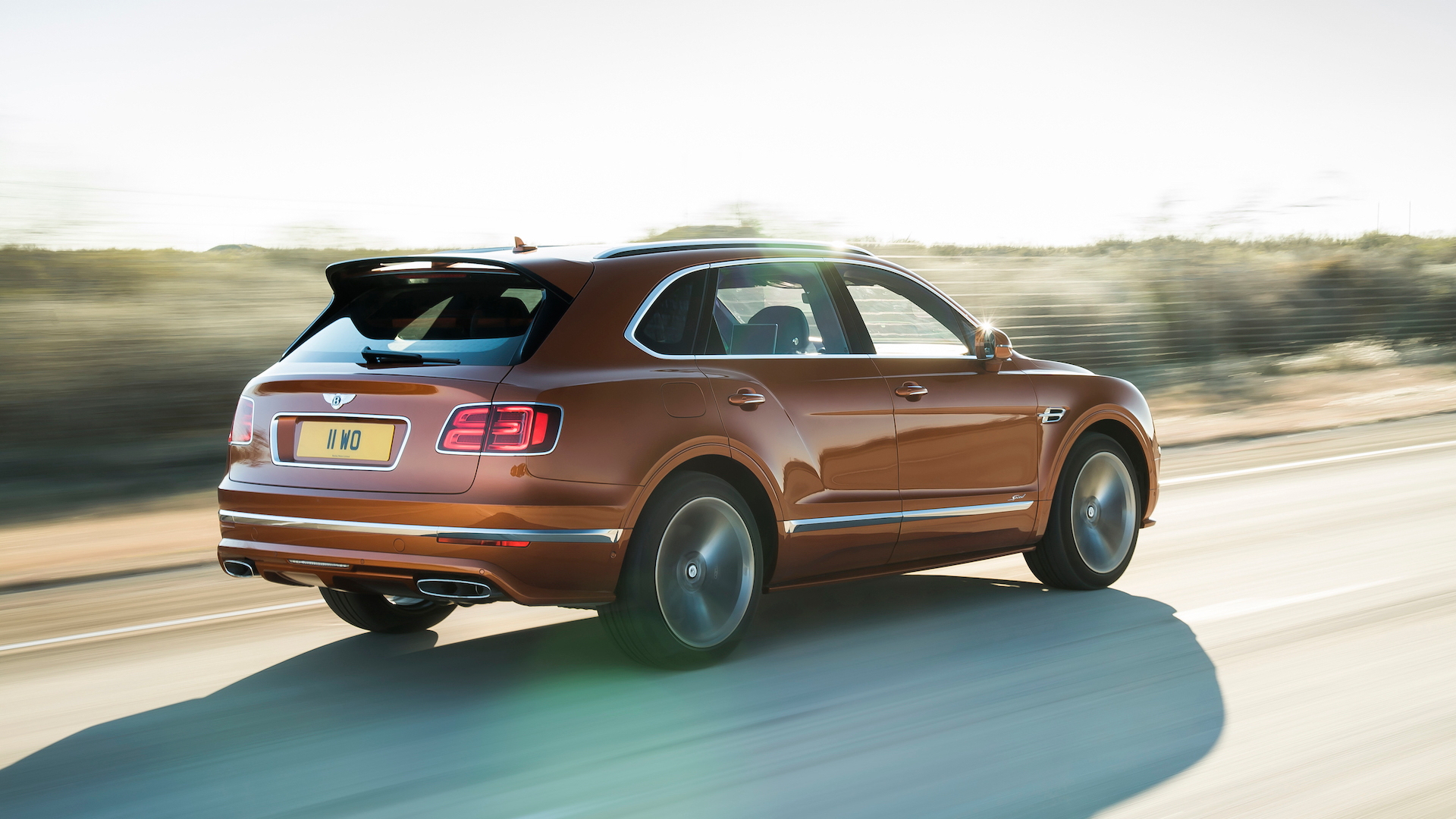 Bentley has taken its penchant for power to the SUV segment. On Thursday, the British luxury brand unveiled the Bentley Bentayga Speed, which claims the title as the world's fastest production SUV.

That claim comes with an asterisk. Bentley says this ultra-luxury SUV clocks a top speed of 190 mph, 1 mph faster than the Lamborghini Urus, but at least 10 mph faster than the Jeep Grand Cherokee Trackhawk and Alfa Romeo Stelvio Quadrifoglio. However, the Urus is quicker off the line. It posts a 3.6-second 0-60 mph time, while Bentley says the Bentayga Speed makes the 0-62 mph run in 3.9 seconds. Power comes from a tweaked version of the 6.0-liter W-12 in other Bentaygas; here it makes 626 horsepower and 664 pound-feet of torque, increases of 26 hp and just 1 lb-ft of torque.

Engineers also enhanced the Bentayga's Sport driving mode specifically for the high-class hauler. Although light on details, the driving mode operates in concert with the extra power and the 8-speed automatic transmission. The SUV's other driving modes remain, as does a custom slot for the driver to create a unique profile. Bentley's active roll bars have also been recalibrated for a more performance-oriented experience behind the wheel. All-wheel drive is standard, and the lengthy options list includes beefy carbon-ceramic brakes.

The Bentayga Speed looks the part as a proper addition to the Bentley Speed family. Body-color side skirts and front and rear bumpers play off dark-tinted headlights, taillights, and grilles. A rear spoiler is installed to project a racier look, too. Buyers will be able to choose from three finishes for the unique 22-inch, 10-spoke wheels: silver, dark tint, or black.

The interior matches the sportier vibes found outside. Bentley said the Bentayga Speed is the first variant to include Alcantara trim, though customers can revert to leather at no extra cost. Designers introduced a new contrast stitching for the diamond-quilted upholstery, which is broken up with contrasting color flourishes in several areas. Customers can choose to have wings embroidered into the headrests, but the Bentayga Speed features the "Speed" logo embroidered as standard.

We'll learn more about the new Bentayga Speed at its debut during the 2019 Geneva Motor Show next month. Bentley didn't say how much the speedy SUV will cost, but it goes on sale later this year.