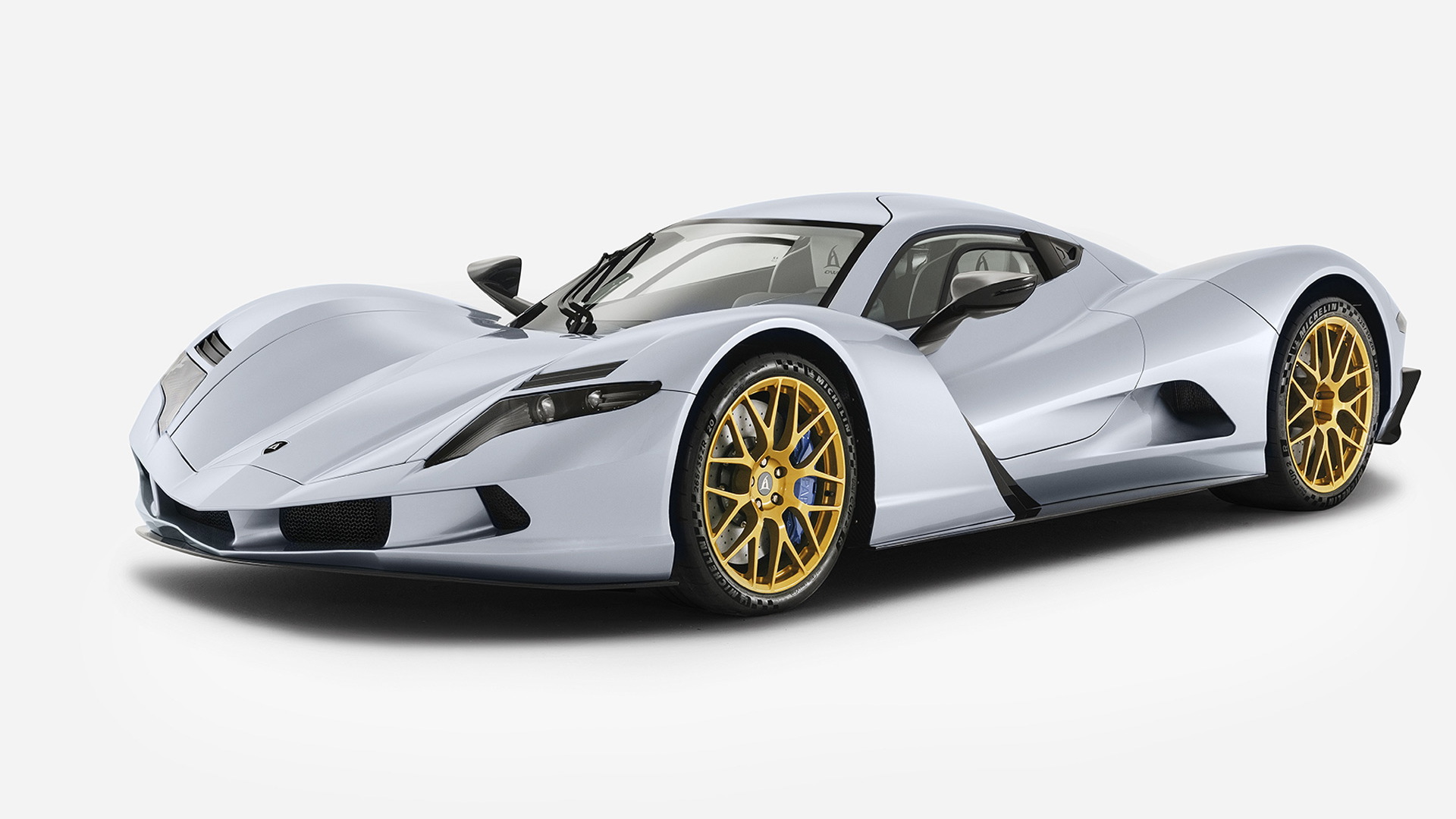 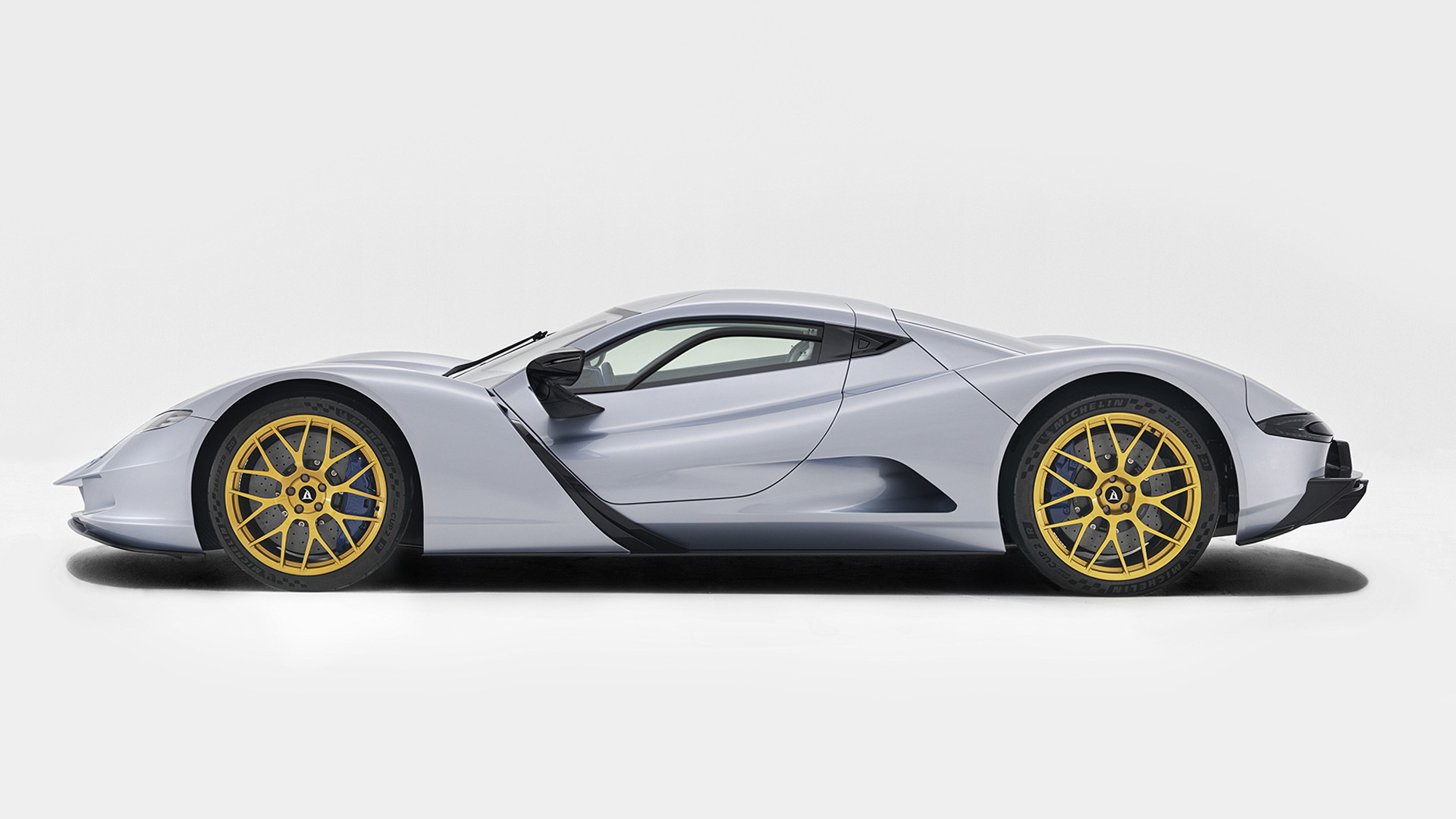 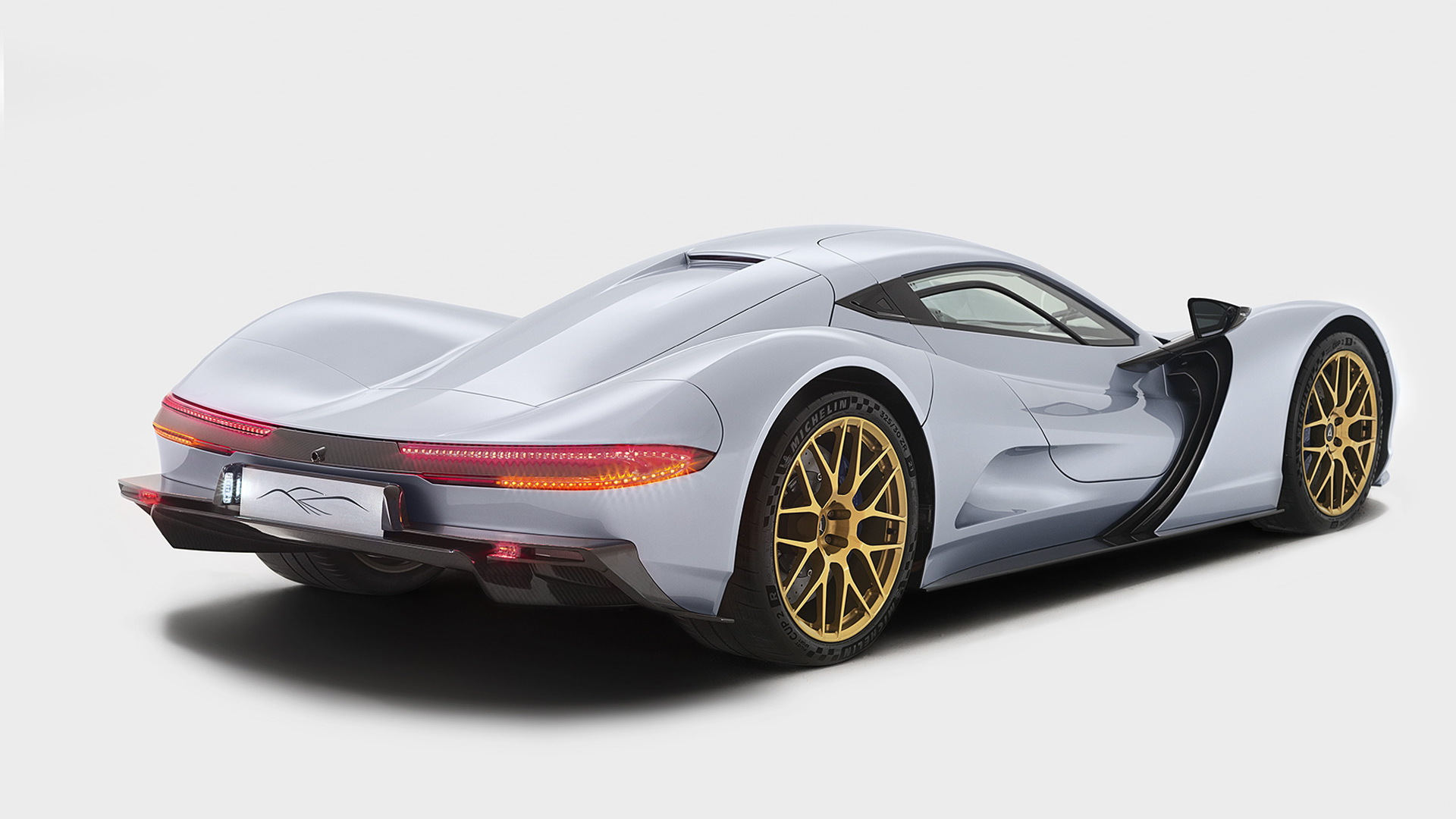 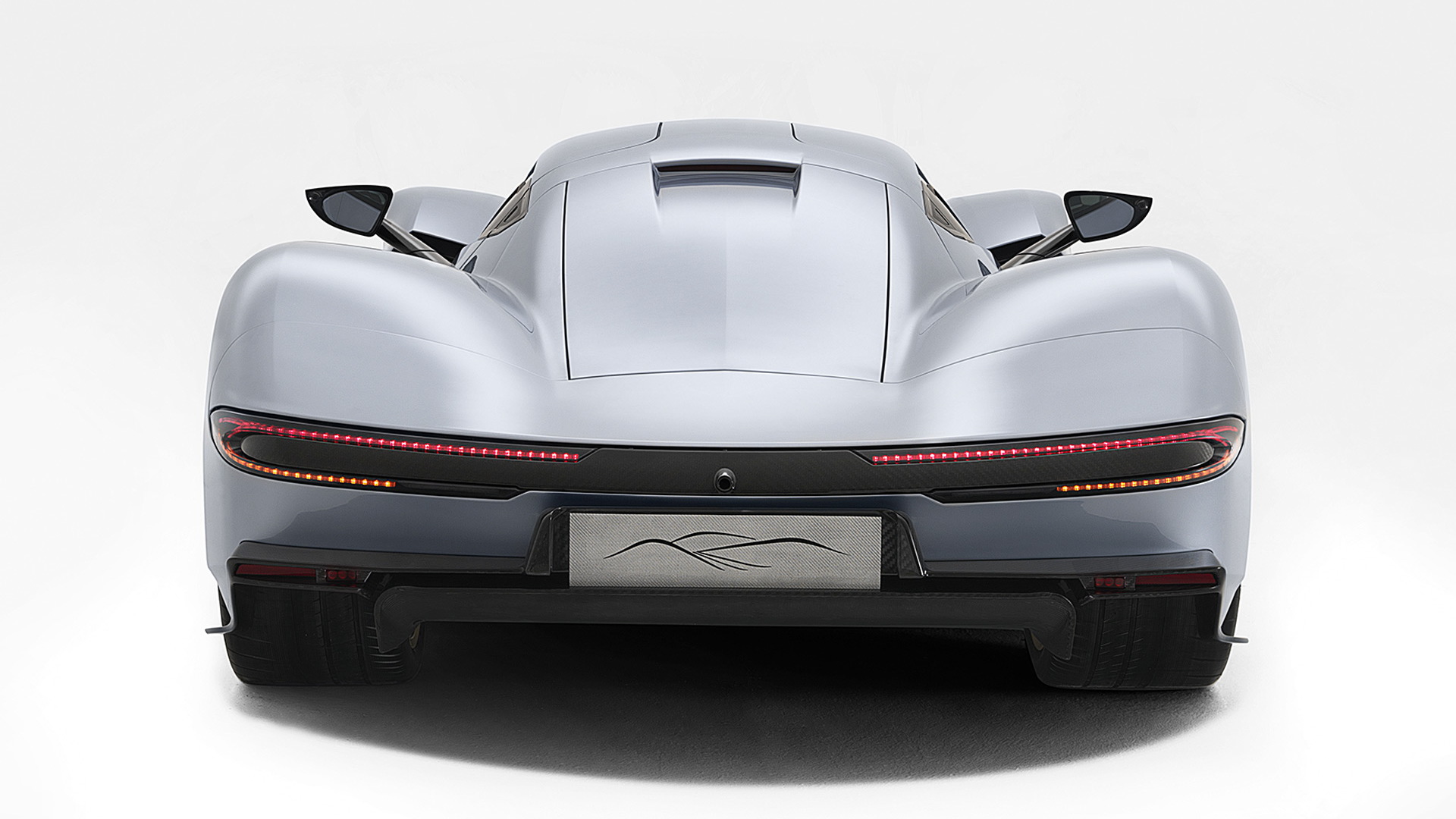 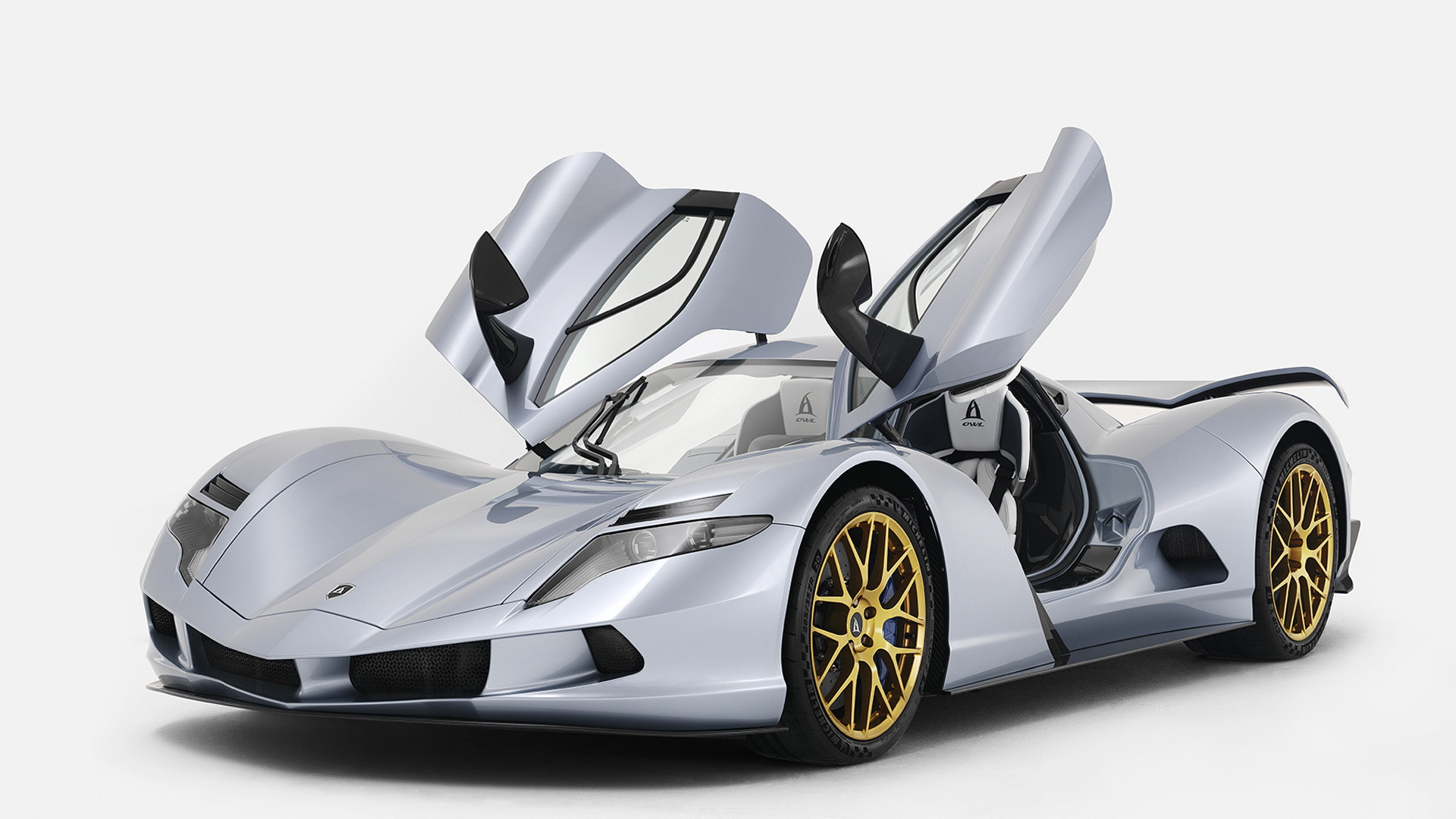 The new generation of electric hypercars like the Lotus Evija, Pininfarina Battista and Rimac C_Two have just been joined by a new contender from Japan's Aspark, an engineering consultancy that specializes in automotive-related services.

Called the Owl and billed as the fastest accelerating car in production, the electric hypercar made its debut on Tuesday at the Dubai International Motor Show and is available for sale at a price of 2.9 million euros (approximately $3.2 million). Just 50 examples will be built, and given the price, it's no surprise build slots are still available even a year after the order books opened.

The Owl shown in Dubai is the production version, with the previous version unveiled at 2017's Frankfurt International Motor Show only a concept. In the time that's passed, Aspark worked on refining the design and improving the performance. The company quotes a 0-60 mph time of 1.69 seconds, down from a previous time of 1.89 seconds, though the figure is achieved with a 1-foot rollout so will likely be slower when timed from a standstill.

To achieve the insane performance, the Owl relies on four electric motors delivering a combined 1,984 horsepower and 1,475 pound-feet of torque. The top speed is a claimed 248 mph, which is Bugatti and Koenigsegg territory.

The battery is an 800-volt, 64-kilowatt-hour lithium-ion unit that Aspark said will enable a range of close to 280 miles, though this seems overly optimistic, especially given the manner in which most Owl owners will likely drive their cars.

Carbon fiber is used both for the body and central tub to minimize weight, though there's no getting around the heavy electronics which sees the Owl tip the scales at 4,188 pounds. That's a dry weight, by the way. The Owl also comes with double wishbone suspension and an adjustable ride height system with three settings.

Production of the Owl is being handled by supercar contract manufacturer Manifattura Automobili Torino of Turin, Italy. This is the same company building cars for Apollo, and it also built the first few examples of Scuderia Cameron Glickenhaus' 003. It will deliver the first Owl by the second quarter of 2020.

“It was a big challenge to meet the aggressive targets of the Owl,” said Masanori Yoshida, Aspark's CEO. “But with the 14 years of automotive engineering know-how and with great support from our Japanese and Italian collaborators, we overcame all.”