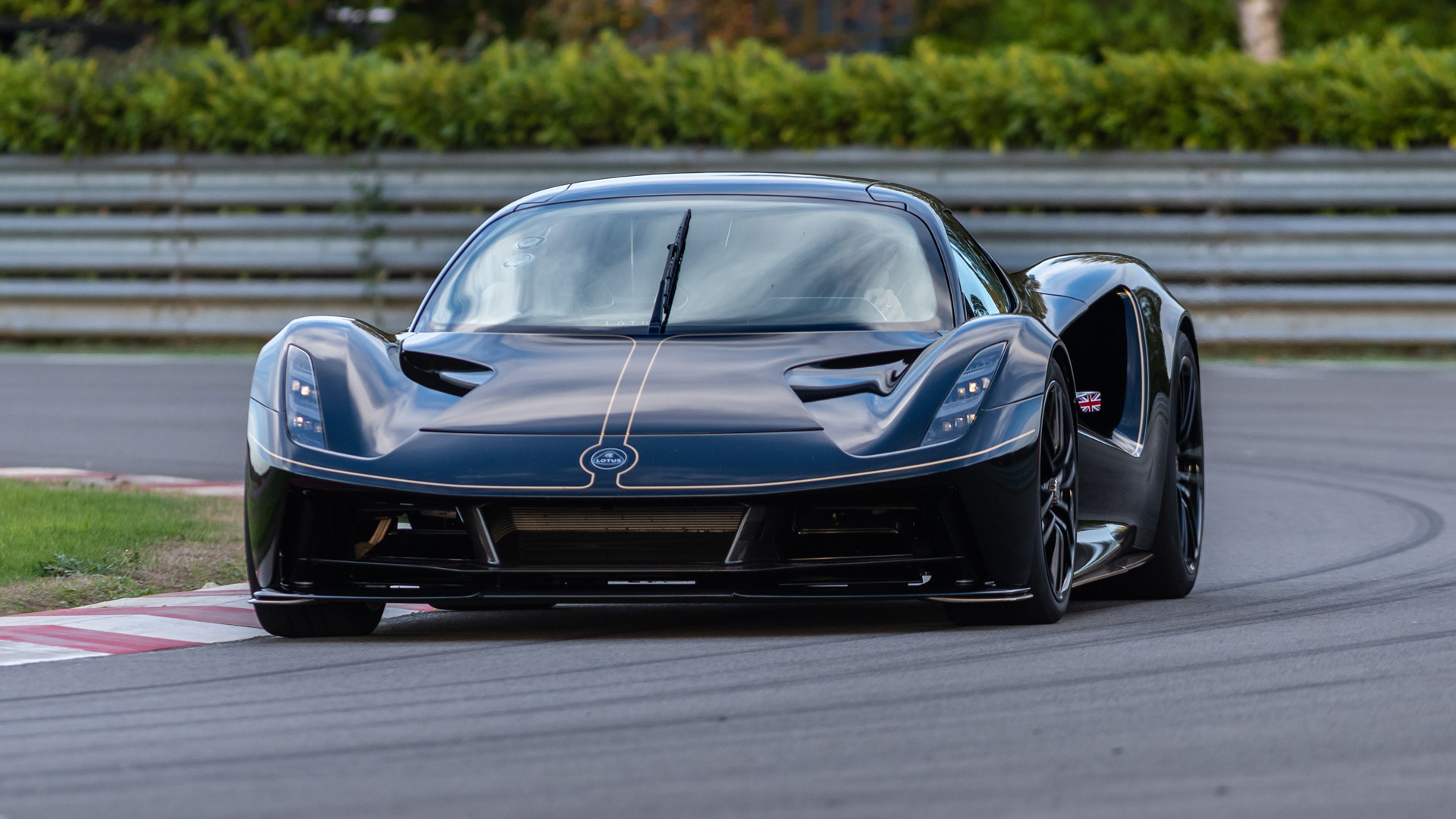 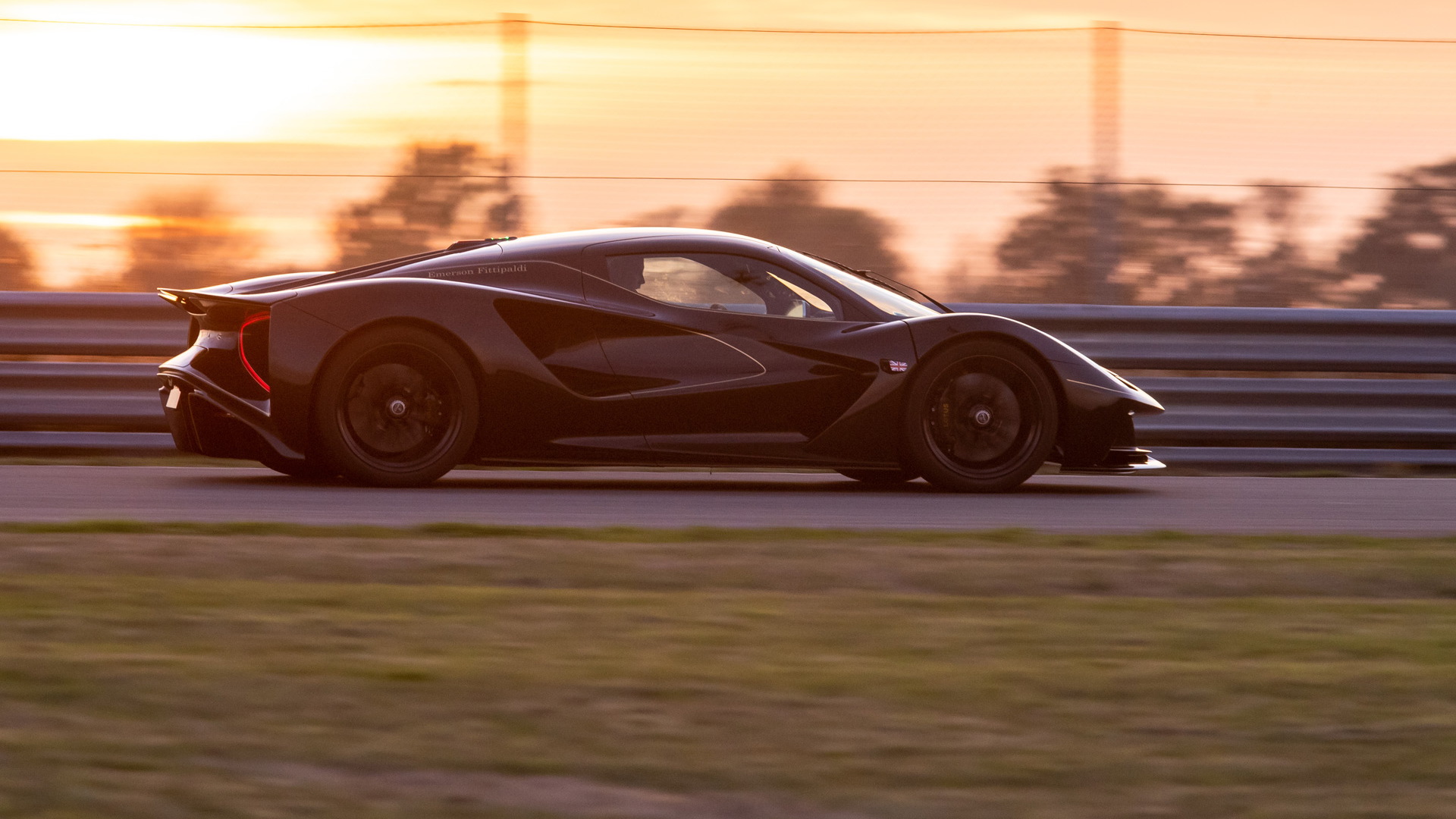 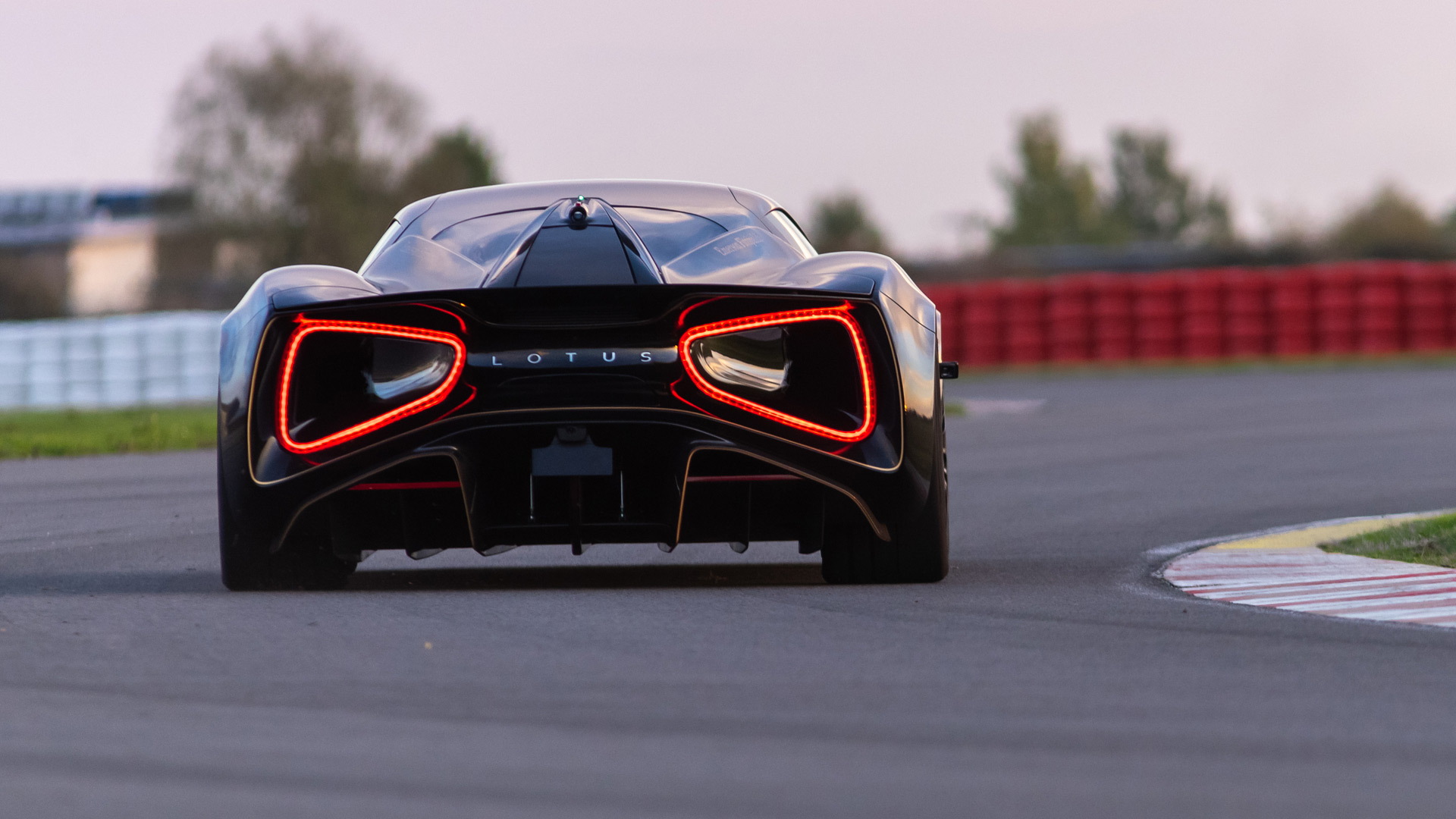 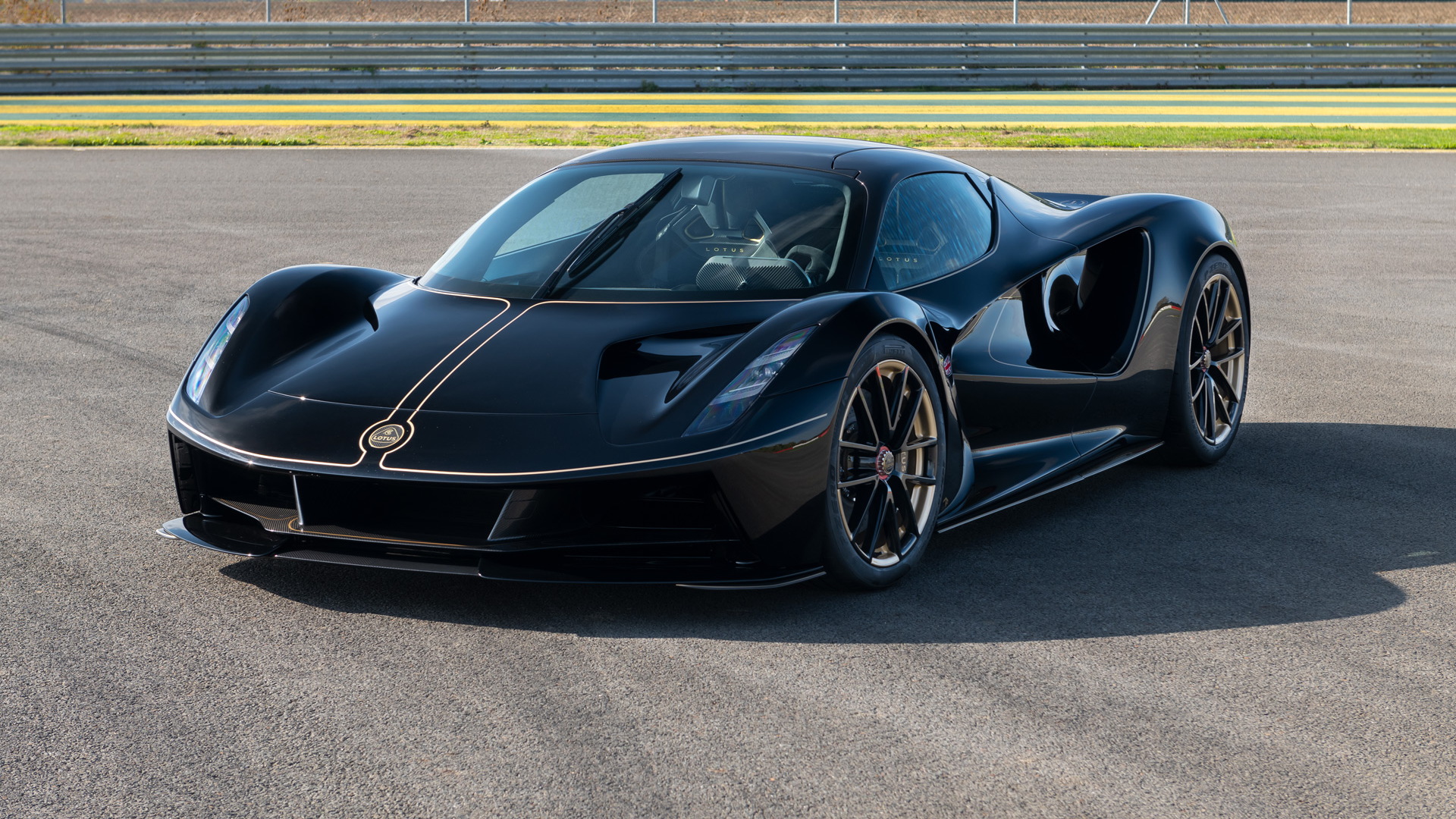 The Lotus Evija is now in production, and the final specs are even wilder than what Lotus originally promised.

The electric hypercar was confirmed on Friday with a combined output from its four-motor powertrain of 2,011 hp, making it the most powerful car in production. The setup is also said to deliver 1,256 lb-ft of torque.

The output is higher than Lotus' originally promised figure of 1,973 hp. Importantly, the revised figure is now higher than the 1,984 hp of the Aspark Owl, another electric hypercar that was previously regarded as the world's most powerful production car.

The Evija should also handle like a proper Lotus. The car boasts race-inspired suspension featuring three spool-valve dampers per axle—one at each corner and an inboard-mounted third to control heave. It has magnesium wheels to help control weight, but even between those and the carbon-fiber monocoque and body, the Evija is still on the heavy side. Lotus said its target weight for the car is 4,160 lb.

Most of the weight is due to the battery, a 93-kwh unit (up from 70 kwh previously) that is claimed to deliver up to 250 miles of range with normal driving. Charging the battery to 80% will take 18 minutes using a 350-kw DC fast charger, Lotus said.

To mark the start of production and celebrate 50 years since Emerson Fittipaldi piloted a Lotus Type 72 to five victories in the 1972 Formula 1 season, winning himself the Drivers' title and Lotus the Constructors' title, Lotus has unveiled the special-edition Evija Fittipaldi.

The car was presented this week during a private event at Lotus' headquarters in Hethel, U.K., with Fittipaldi on hand to help reveal it and drive it on Lotus' Hethel test track, as well his championship-winning Type 72. Another F1 champion, Jenson Button, was also present.

“I’ve really enjoyed being a part of this project and it’s been a wonderful experience revealing the car to some of the new owners,” Fittipaldi said in a statement. “Having the opportunity to drive both the Evija Fittipaldi and my championship-winning Type 72 Formula 1 car on the test track at Hethel has been an incredible experience.”

Just eight examples will be built, the number representing the remaining Type 72s in existence (as well as the number Fittipaldi raced under in the 1972 F1 season), and each will feature the famous black and gold livery that Fittipaldi raced with, as well as decals highlighting some of the races he won.

The cars, all of which have been sold, will also feature a rotary dial on the center stack made from aluminum taken from an original Type 72 race car. Other details will include Fittipaldi's signature hand-stitched on dashboard and an arial view of the Type 72 painted on the inside of the exposed carbon-fiber roof.

Lotus said the first Evijas will be delivered in 2023. The company plans to build a total 130 examples, including the eight Evija Fittipaldis.