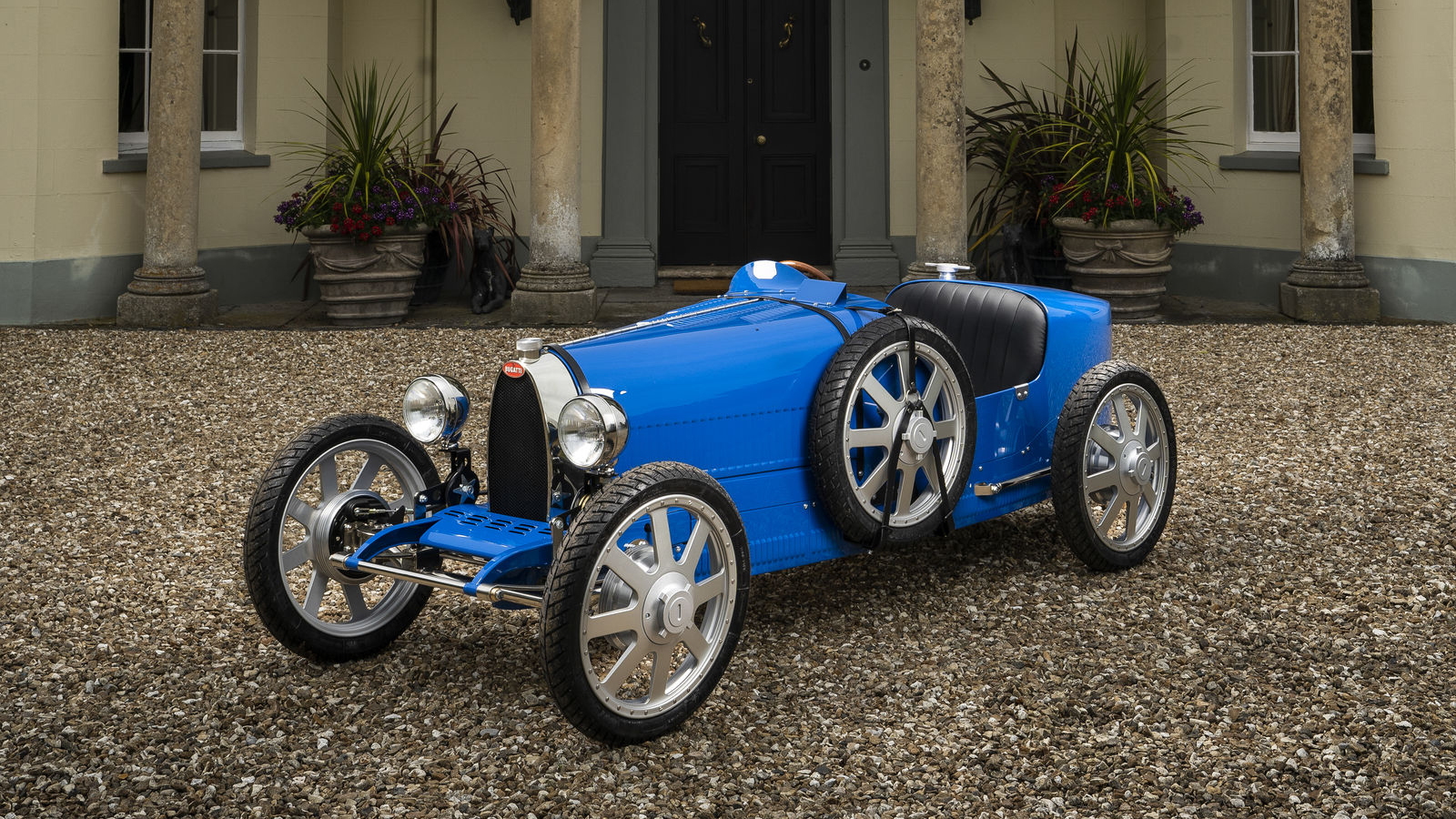 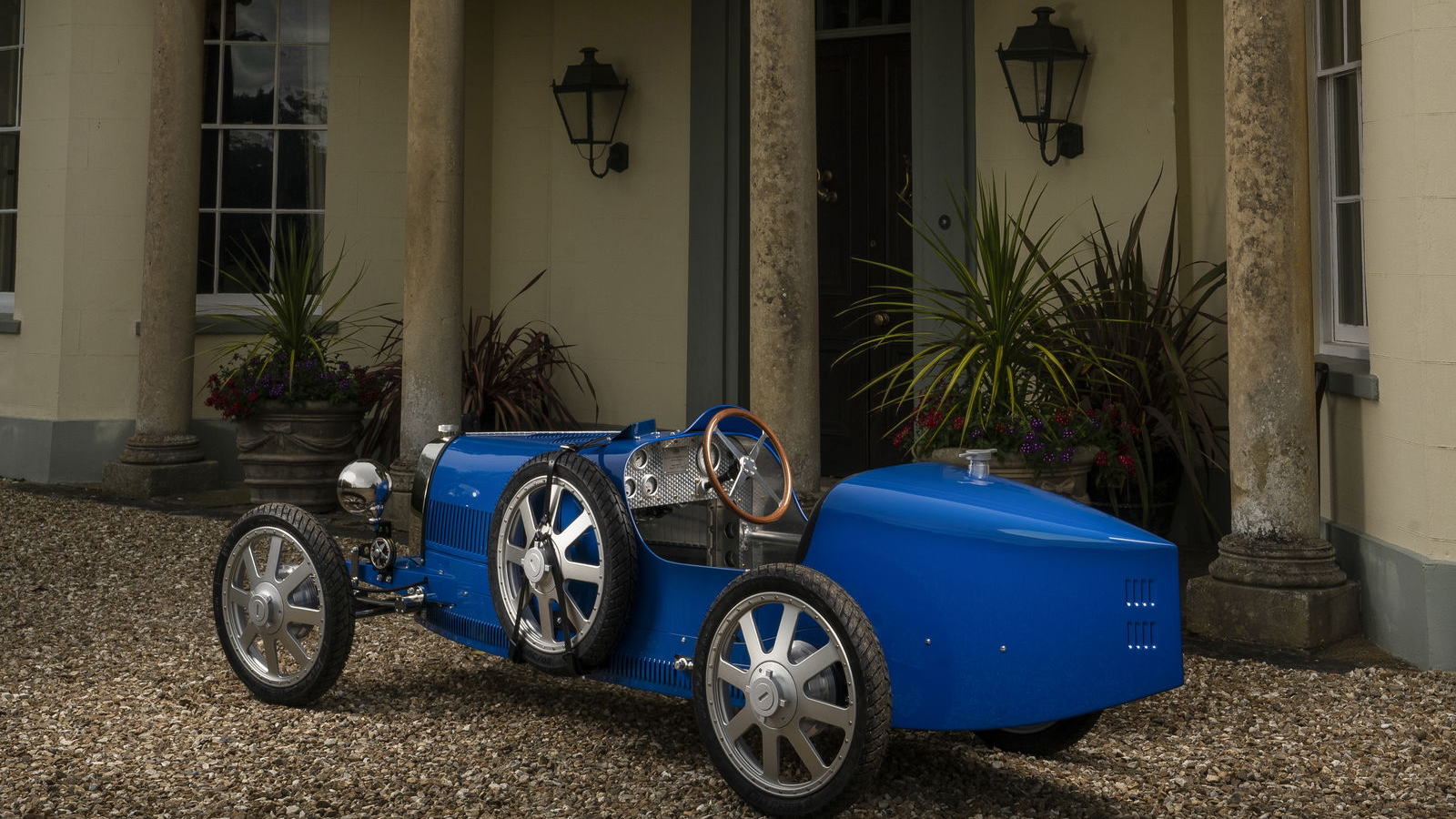 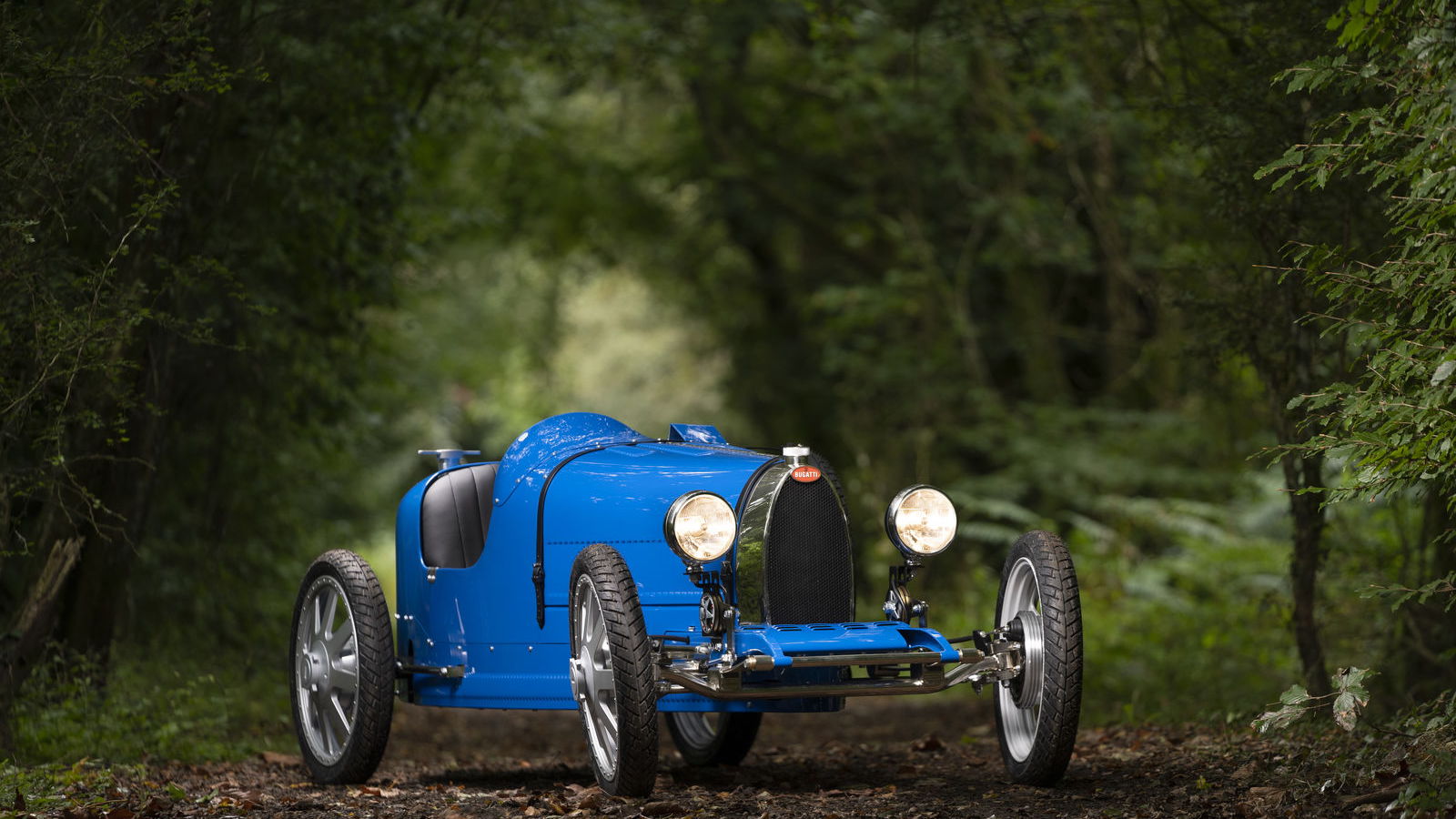 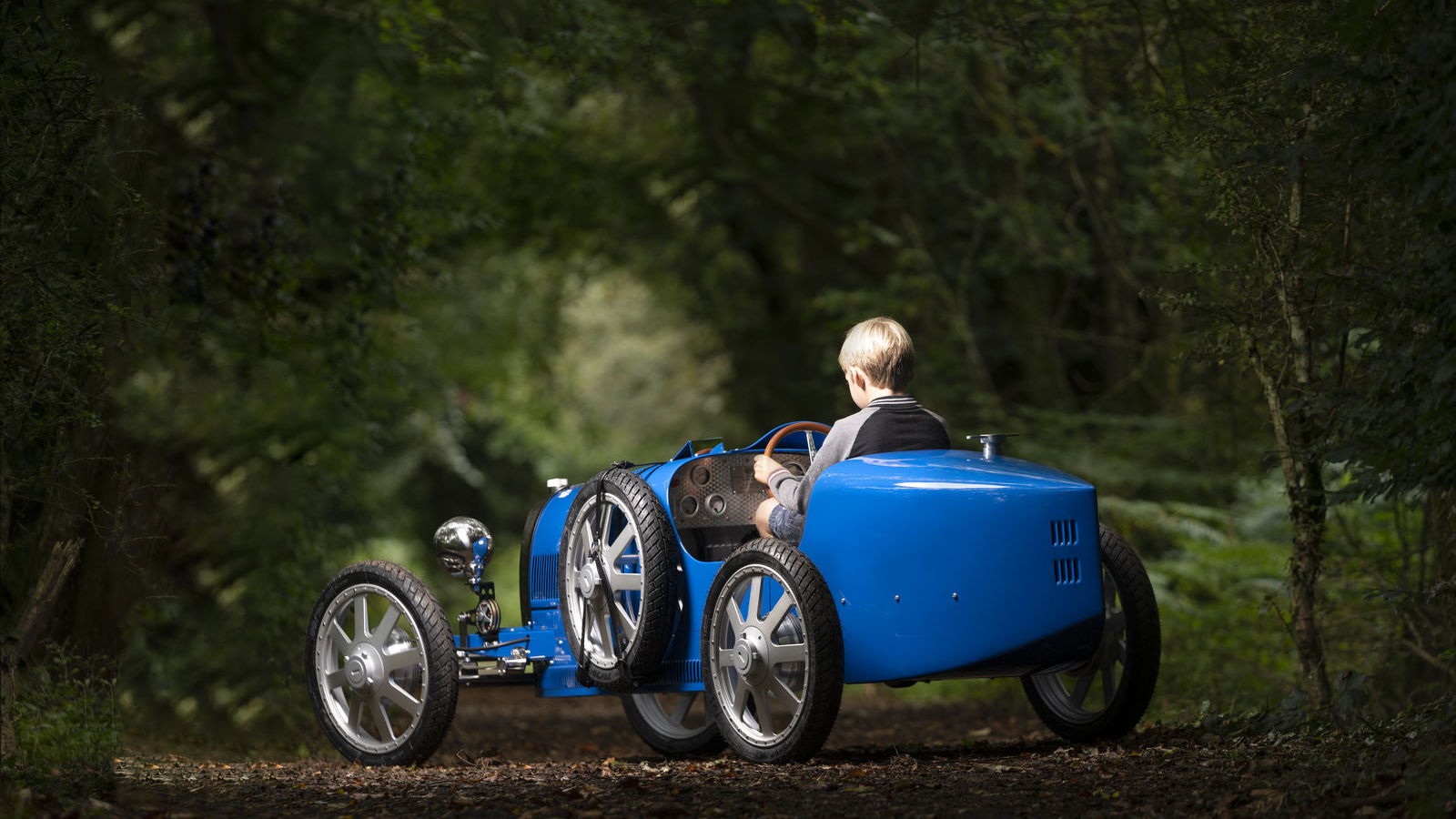 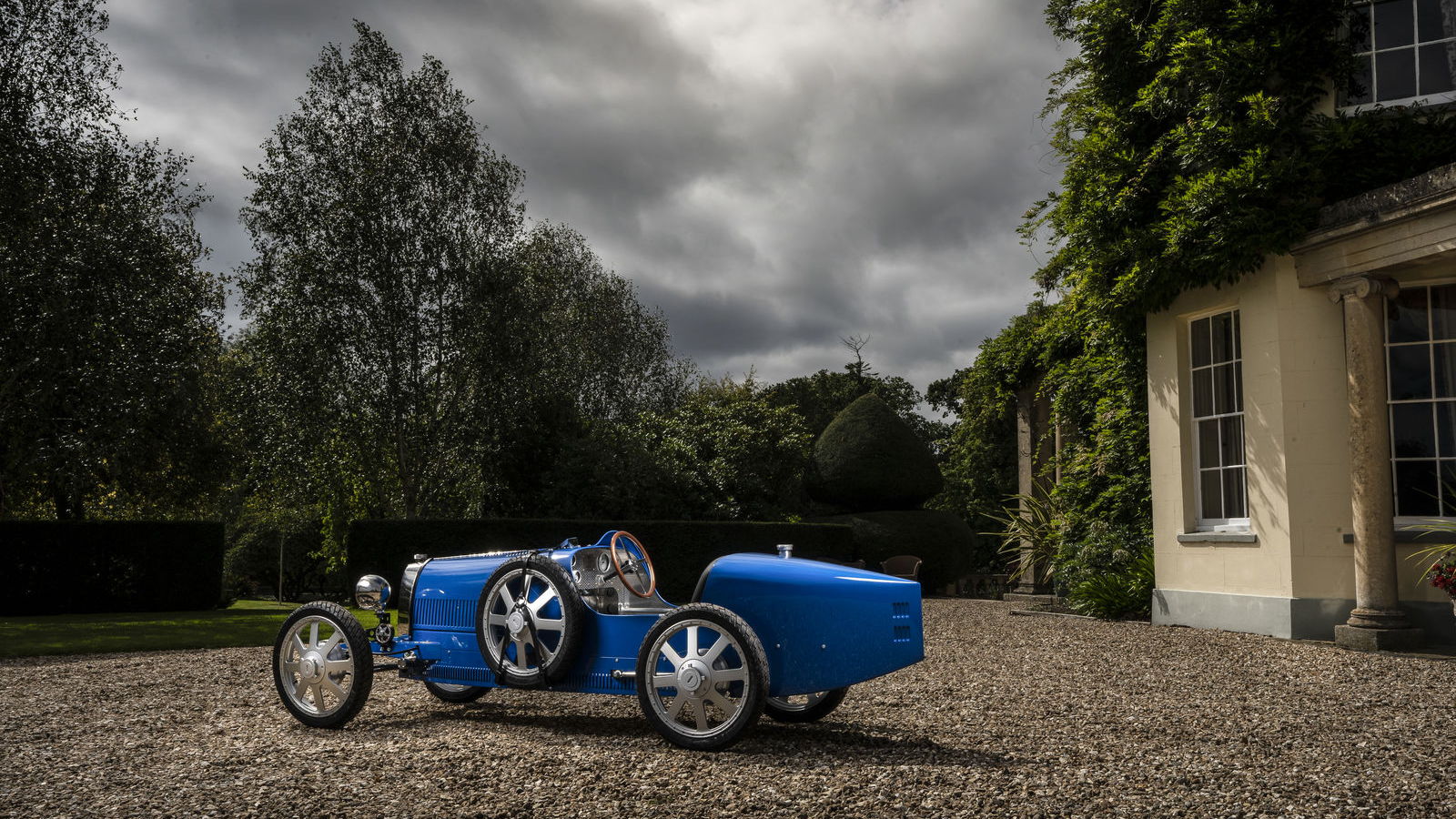 The iconic Bugatti Type 35 holds a special place in the hearts of those with an appreciation for automotive history. Company founder Ettore Bugatti knew it from the get-go, which is why the original Bugatti Baby was born.

In 1926, Bugatti gave his four-year-old son Roland the original "Bugatti Baby." It was the perfect replica for somebody far too young to properly appreciate the real thing. Others agreed. A production run of roughly 500 examples followed.

To celebrate its 110th anniversary, Bugatti decided to bring back the iconic replica for a second run, this time, scaled up for modern kids and perhaps those who are kids at heart.

The original Bugatti Baby was a 1:2 scale, battery-powered miniature measuring 6-feet long and weighing in at 150 pounds. It had a top speed of 12 mph, which isn't bad even by today's Power Wheels standards.

The Bugatti Baby II gets an upgrade. It's now a 3:4 scale model and far more detailed for it. It's 9.1 feet long and weighs just over 500 pounds. It's also more powerful and ultimately more capable, thanks to modern battery and brake technology, but the fundamentals remain essentially unchanged. The first Bugatti Baby II prototype, called the XP1, has been completed and was recently made available for test drives by VIPs at a 110th anniversary party in Molsheim, France.

"The Bugatti Baby II has grown up to be more of a teenager now, and I must say I'm very excited to see it drive around on the Bugatti premises in Molsheim," said Bentley President Stephan Winkelmann.

Bugatti worked with the Little Car Company and digitally scanned every component of a 1924 Type 35 Lyon Grand Prix car. However, they fit a modern electric powertrain with a lithium-ion battery.

Like a real Bugatti, the Baby II has stepped power settings. Child mode gives you just over 1 horsepower and a 12-mph top speed; adult mode gives you 5.4 hp and ups the speed limiter to 28 mph. If you're really feeling frisky, there's a "Speed Key" that removes the limiter altogether and gives you access to all 13 horsepower under the Bugatti Baby II's hood. A remote allows owners to shut down the car from up to 164 feet away should a pilot show they cannot be trusted.

The car comes with both 1.4- and 2.8-kwh hour battery packs. Bugatti says the larger pack enables a range of more than 18.6 miles.

"It's been a huge honor to be involved in this project with Bugatti. The Baby is a key part of Bugatti's heritage, and we wanted to create something which is deserving of the name," said Ben Hedley, CEO of Bugatti's partner, the Little Car Company.

While it may be a toy, the Bugatti Baby II makes use of some big-boy tech, like regenerative braking and swappable lithium-ion battery packs to keep you (or your kids, if you're feeling generous) going. It even sports a limited-slip rear differential.

The Baby II also has a very adult price that starts at $33,000. Well, we should say it "had" that price. While it's still in the prototype phase, all 500 examples of this quasi-"continuation" series are spoken for. The first customer versions will be built in early 2020 and the full production run will be complete by the end of 2021.