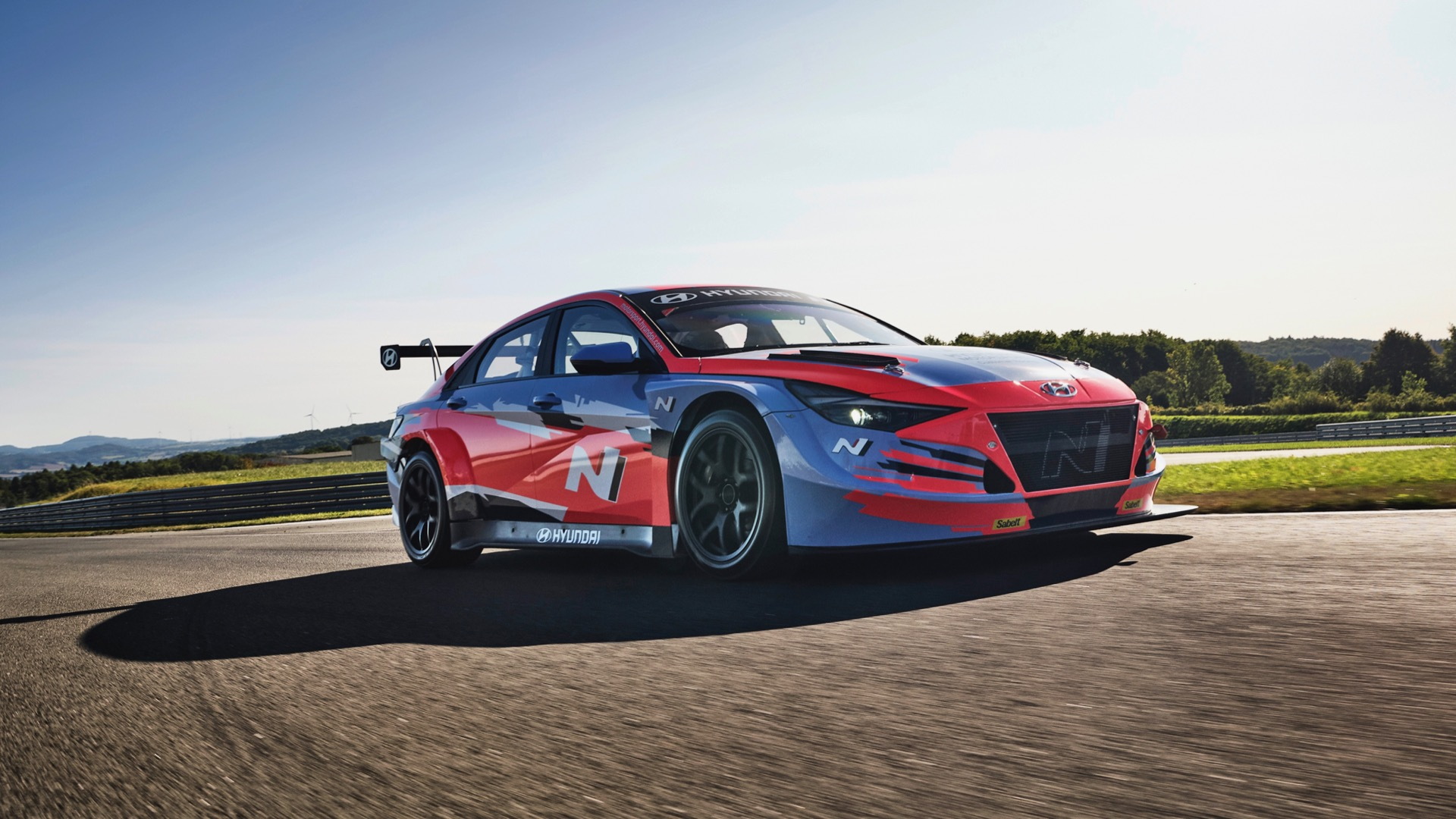 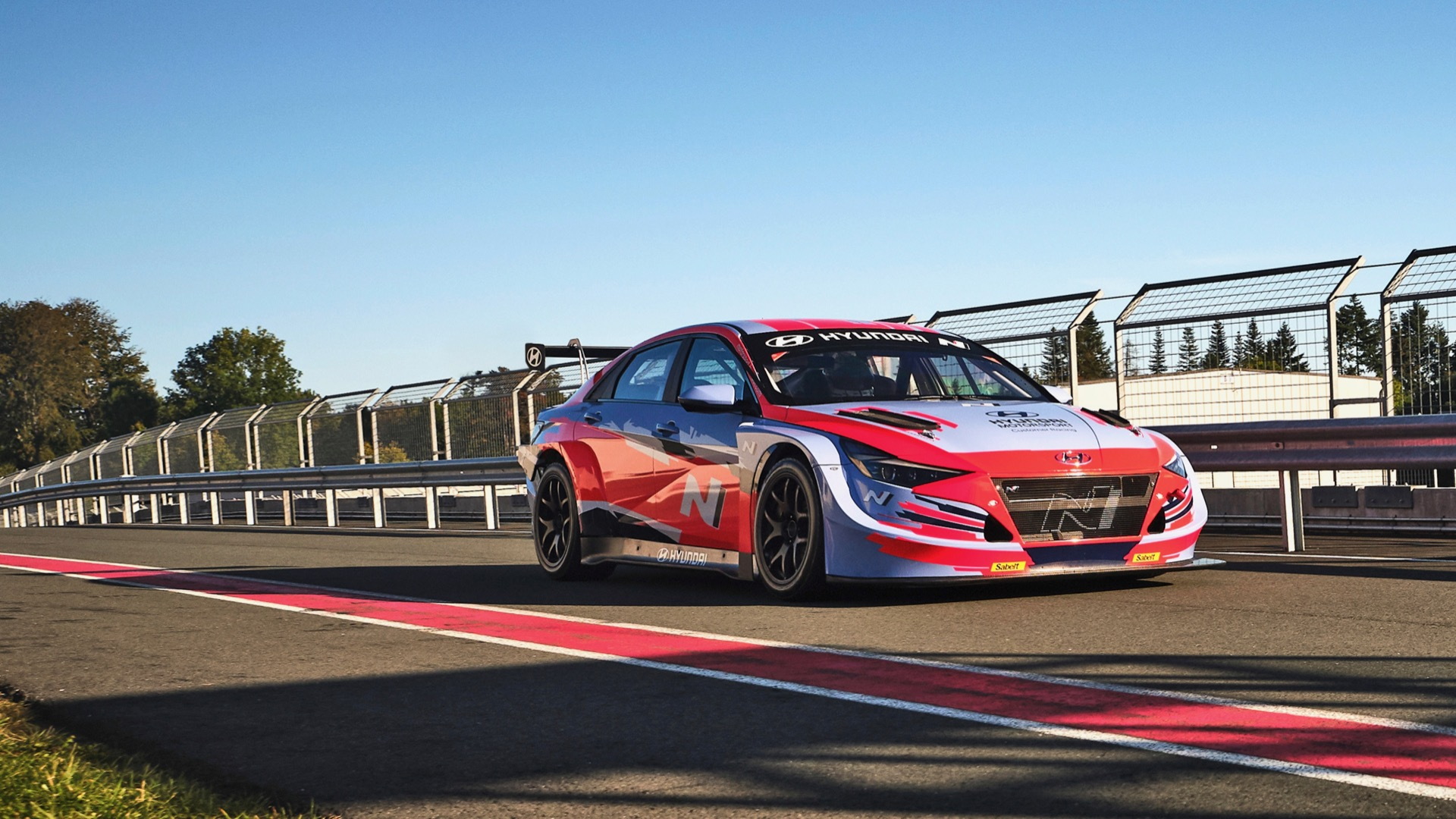 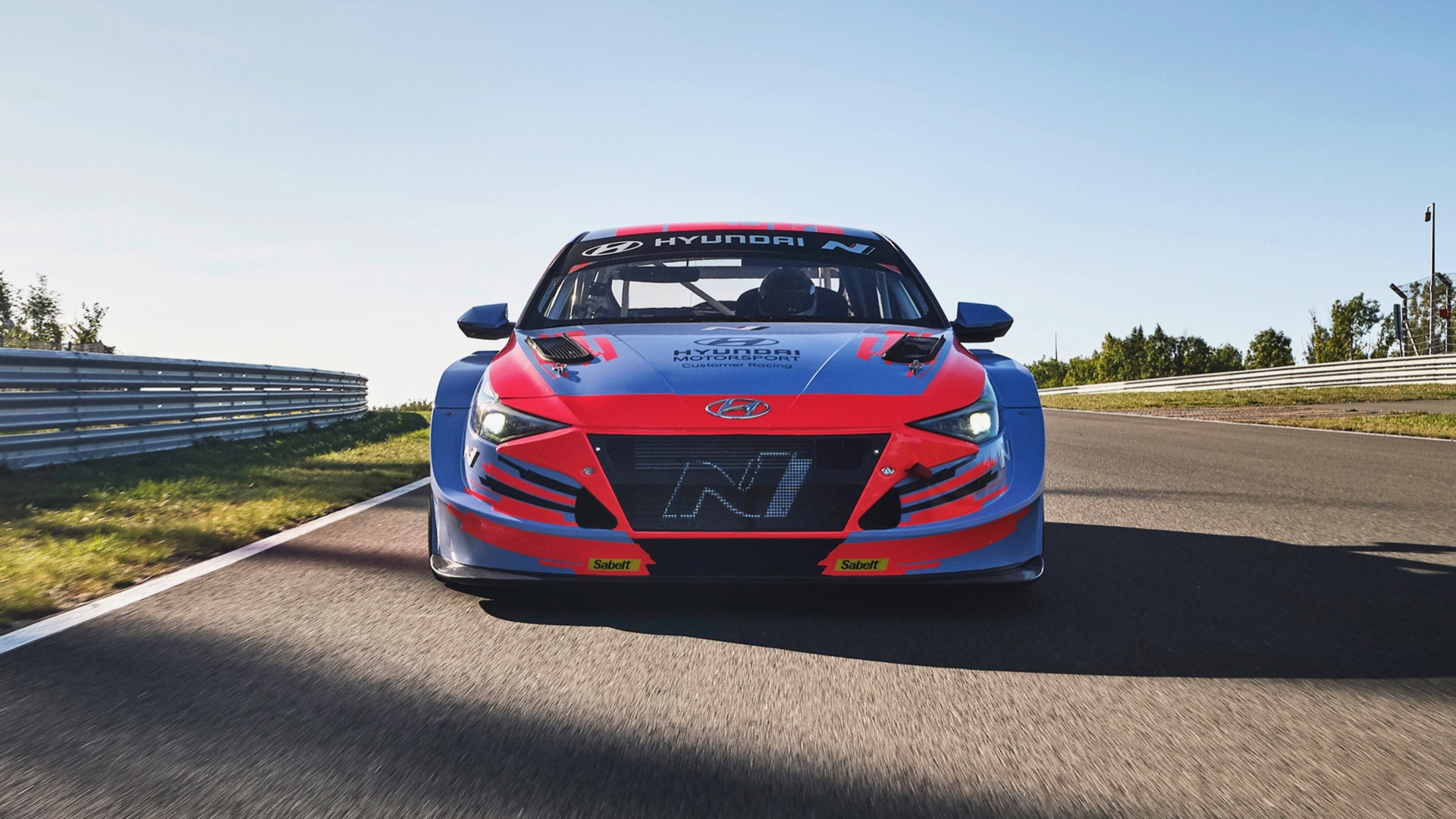 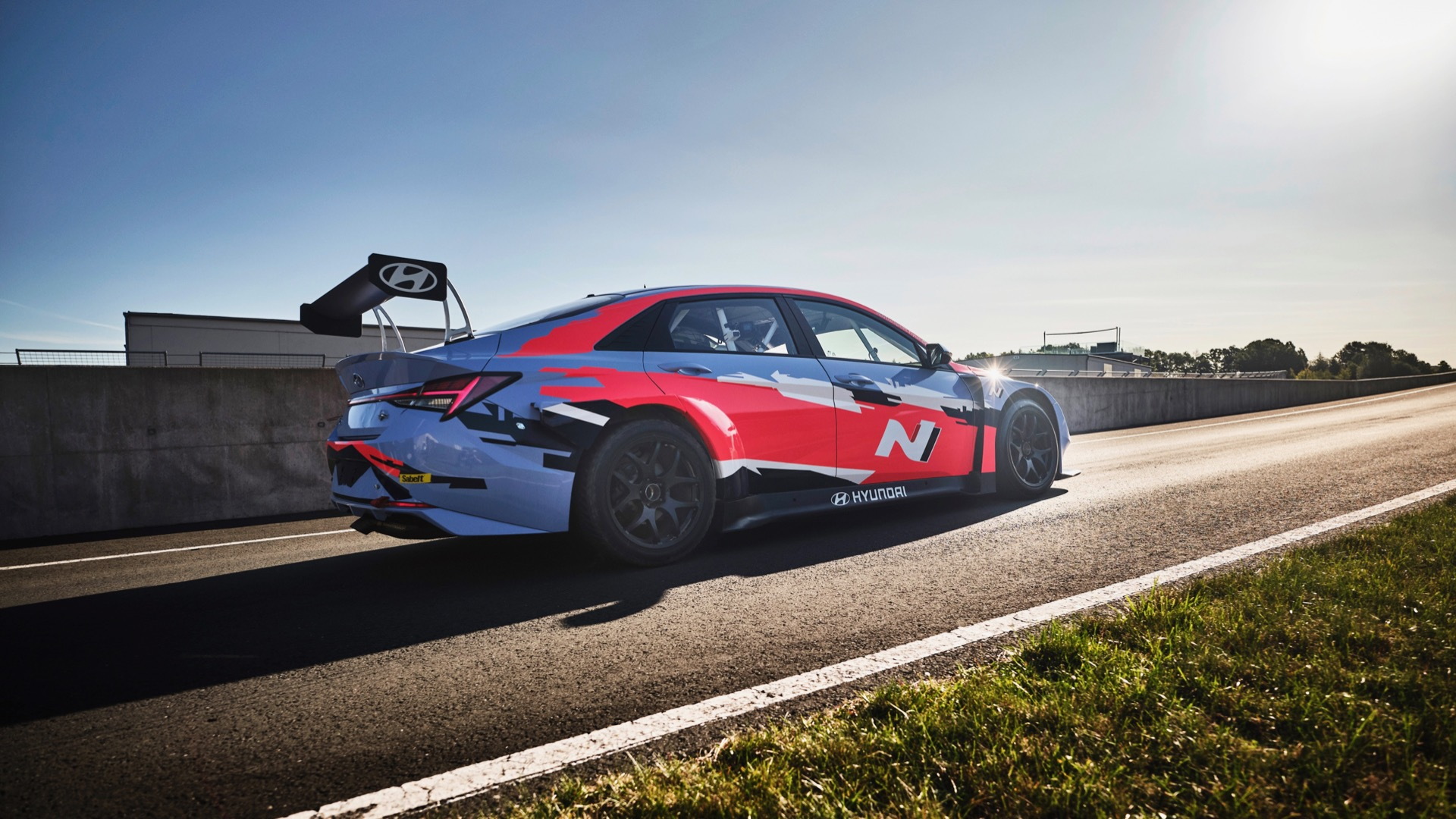 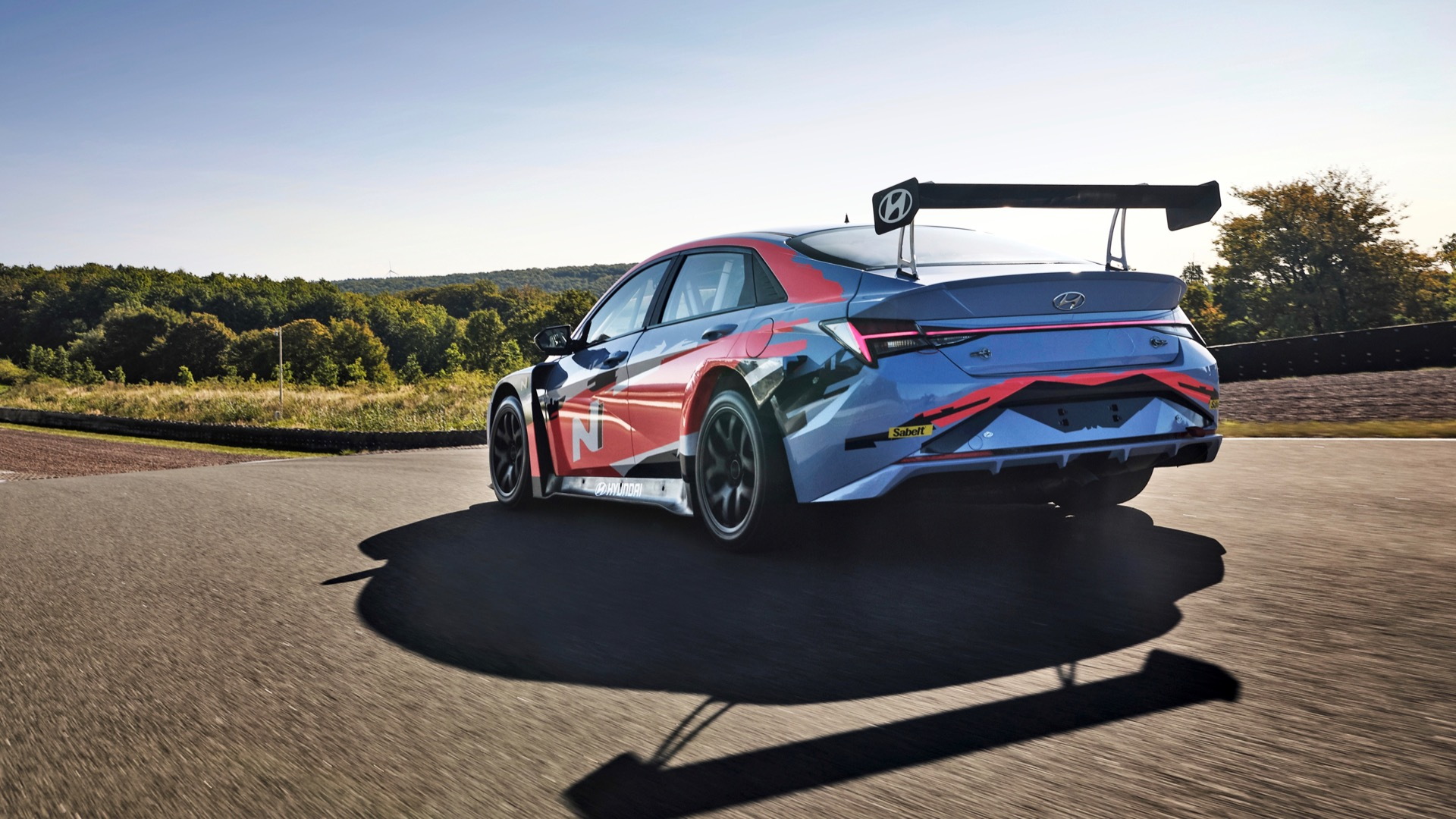 The redesigned 2021 Hyundai Elantra is expected to get an N performance variant, and on Sunday the automaker revealed a race car hinting at that road-going model.

Unveiled at the 2020 Beijing motor show, the Hyundai Elantra N TCR is scheduled to begin deliveries to customer race teams before the end of the year. It's the third Hyundai racer designed for the TCR touring-car class, alongside the i30 N TCR and Veloster N TCR.

In keeping with TCR regulations, the car uses the stock Elantra body shell and a 2.0-liter turbo-4 derived from an engine used in Hyundai's road-going models. That engine is likely a variant of the turbo-4 used in the current Veloster N, and it's also expected to make its way under the hood of the Elantra N road car.

TCR rules mandate front-wheel drive which, again, should align the race car with the Elantra N road car. But while the road car is expected to use an 8-speed dual-clutch transmission (with a 6-speed manual possibly available as well), the race car gets a 6-speed paddle-shifted gearbox.

Hyundai first tested the Elantra N TCR in June, and development work is expected to be completed in the coming months, according to the brand.

The car will be eligible to compete in series in both Europe and the United States. Teams currently run the i30 N TCR in the European FIA World Touring Car Cup (WTCR), while in the United States the Veloster N TCR competes in the IMSA Michelin Pilot Challenge. It's unclear if the Elantra N TCR will supplement or replace the other racer cars in those series.

In addition to the three gasoline cars, Hyundai has developed a Veloster N-based race car for the electric TCR class. Lessons learned from developing that car have been applied to a new prototype dubbed RM20e, which in turn will be used for development of a Hyundai N electric sports car.

Meanwhile, the Hyundai Elantra N road car is expected to debut as a 2022 model. Hyundai will first launch the lower-level Elantra N Line variant as a 2021 model.