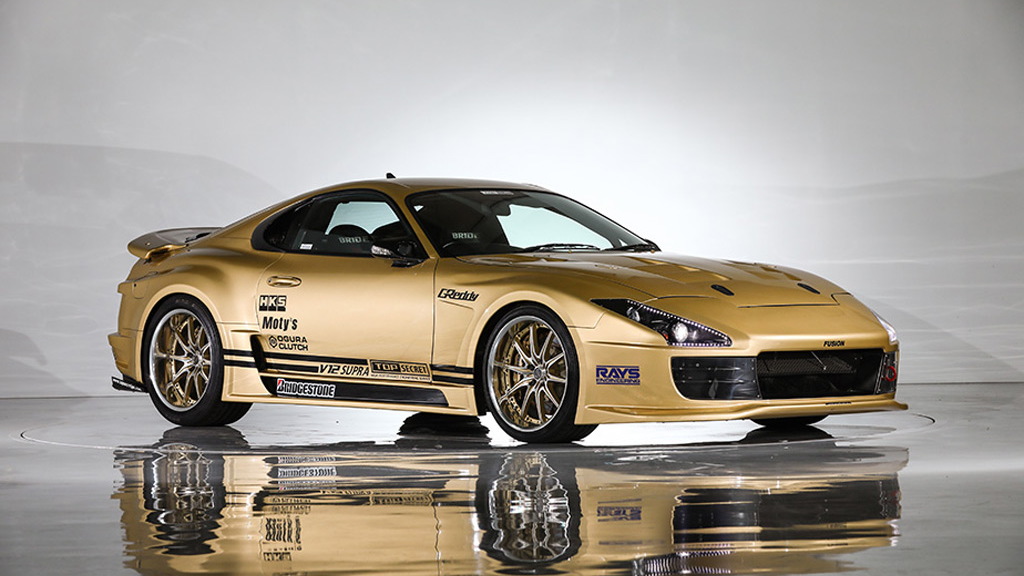 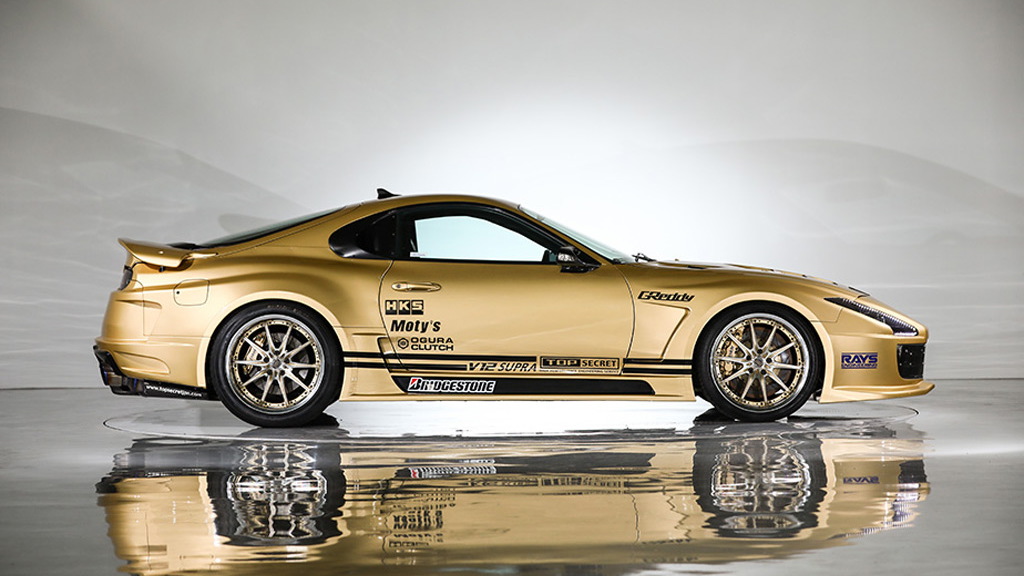 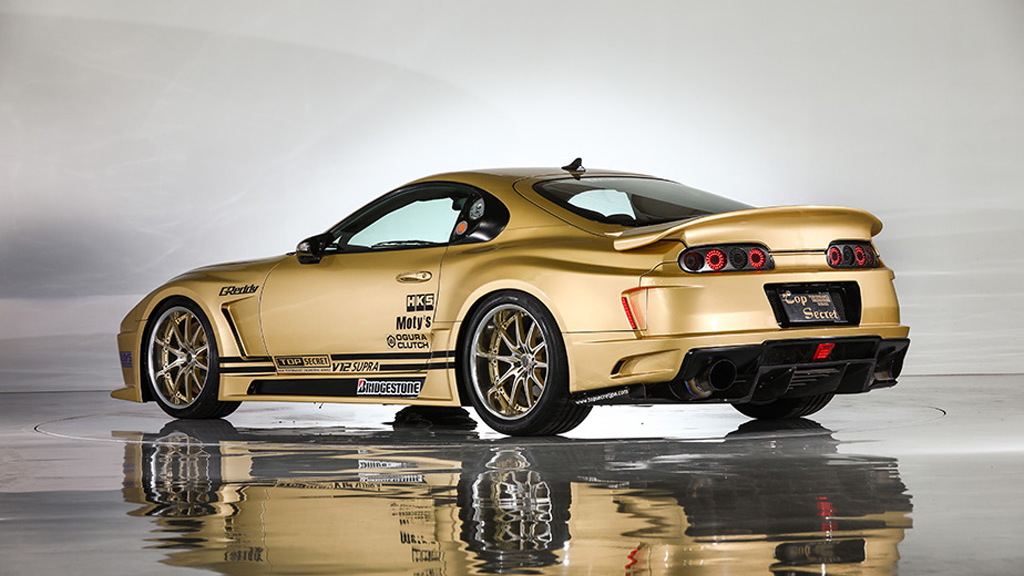 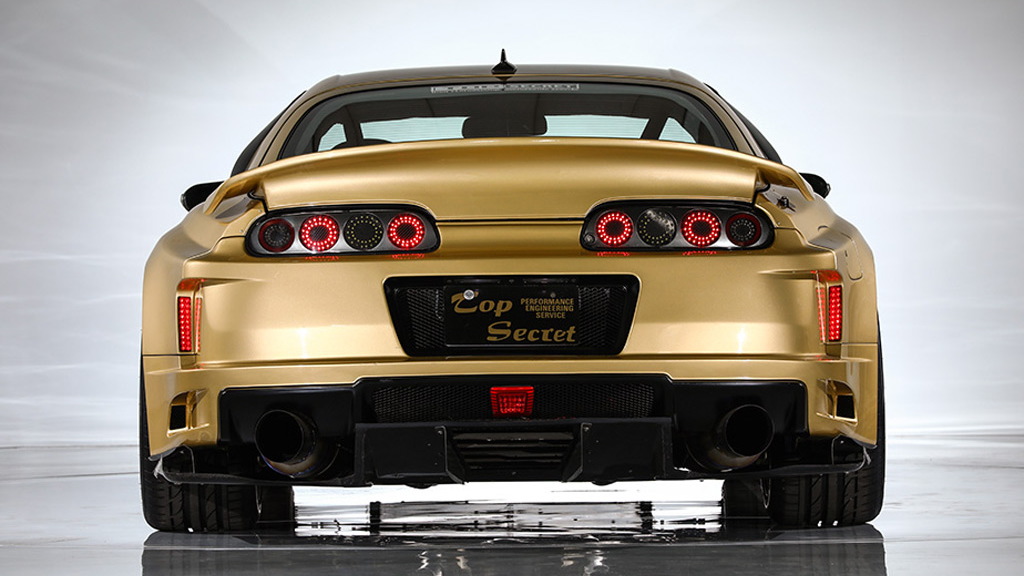 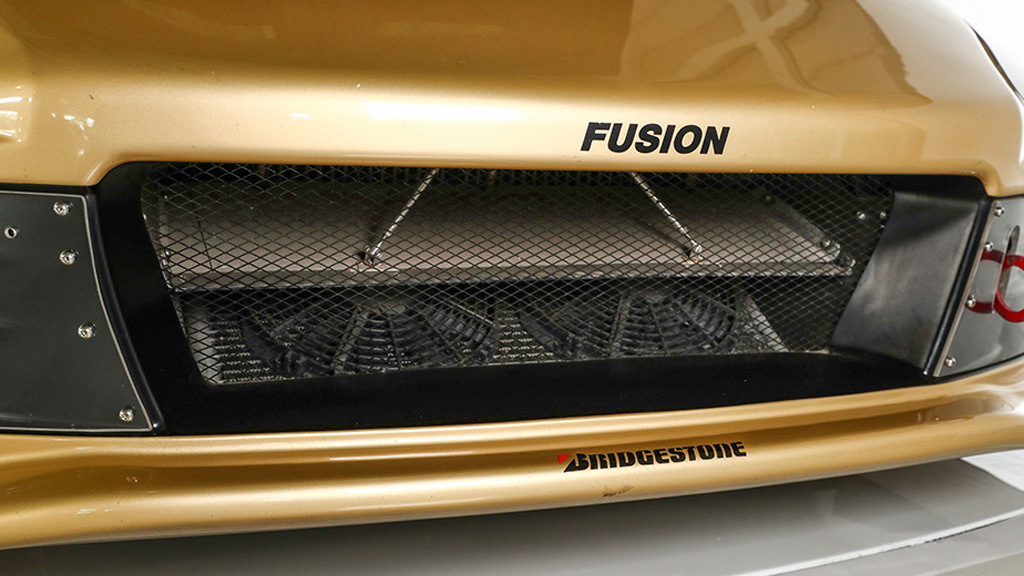 Back in the early 2000s, Japanese tuning firm Top Secret started work on a MkIV Toyota Supra powered by a V-12 engine lifted out of a Toyota Century.

The car, which along with its engine transplant also received some wild body enhancements, can now be yours as it’s listed on the website of BH Auction (via The Drive).

But along with its modifications, which are notable, the car also has a reputation for being the pride and joy of Top Secret founder Kazuhiko “Smokey” Nagata. He famously took it to Italy’s Nardo to test out its top speed, where he allegedly reached 222 mph. That was after he was busted for going almost 200 mph on British roads.

Not content with the stock V-12 he dropped into the engine bay of the Supra, Nagata added a pair of HKS turbochargers along with a nitrous kit. Clearly there was a lot of work involved. For example, Nagata had to install the radiator at the rear of the car because of limited space at the front taken up by the engine and intercooler. The result of his toils was a peak output of 930 horsepower and 745 pound-feet of torque.

The car will go to the highest bidder during BH Auction’s sale coinciding with the 2018 Tokyo Auto Salon on January 14. The BH Auction website is a must for fans of Japanese metal. Also listed is a pristine R34 Nissan Skyline GT-R as well as a Toyota Sports 800 and even a 2000 GT.