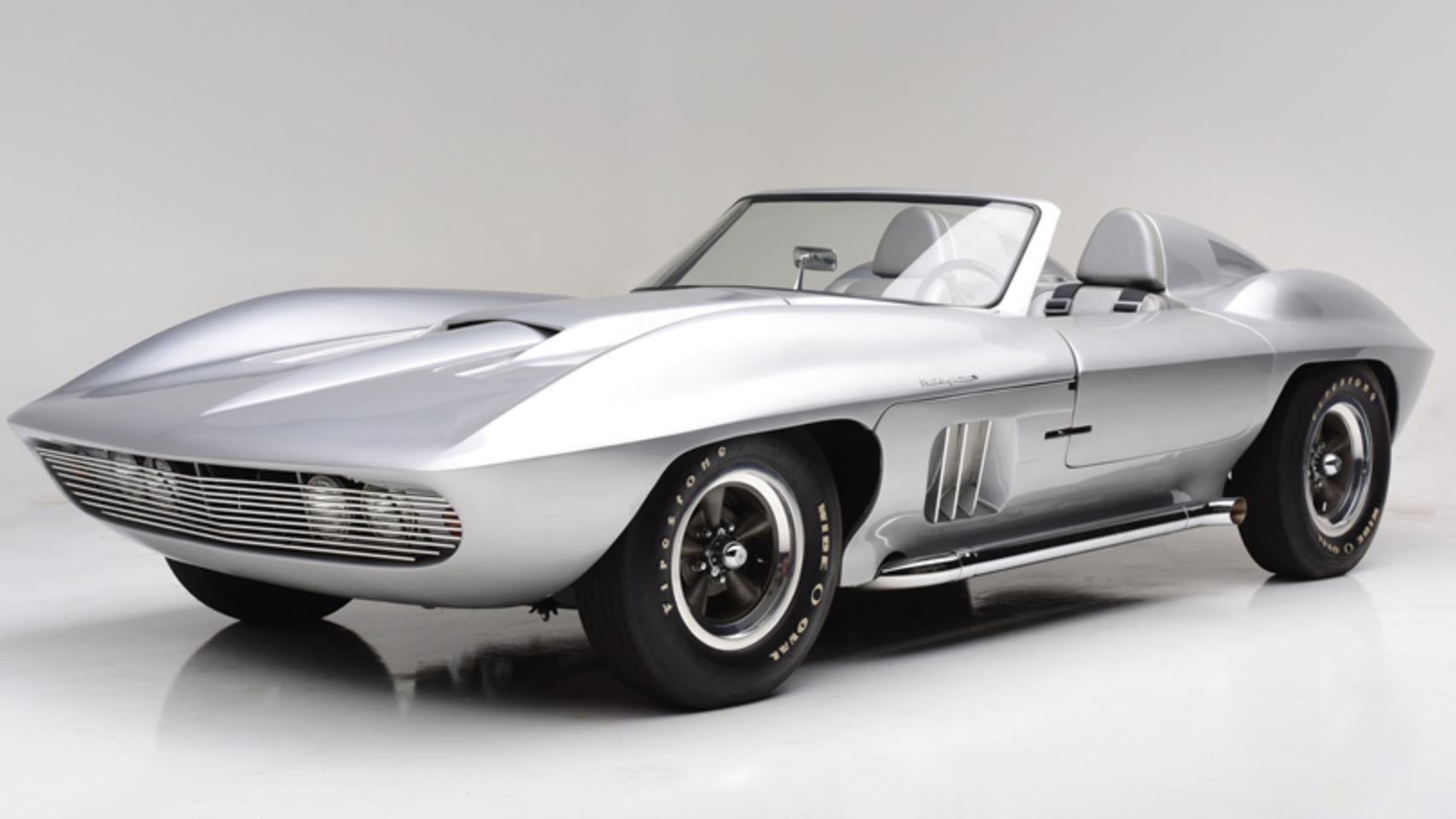 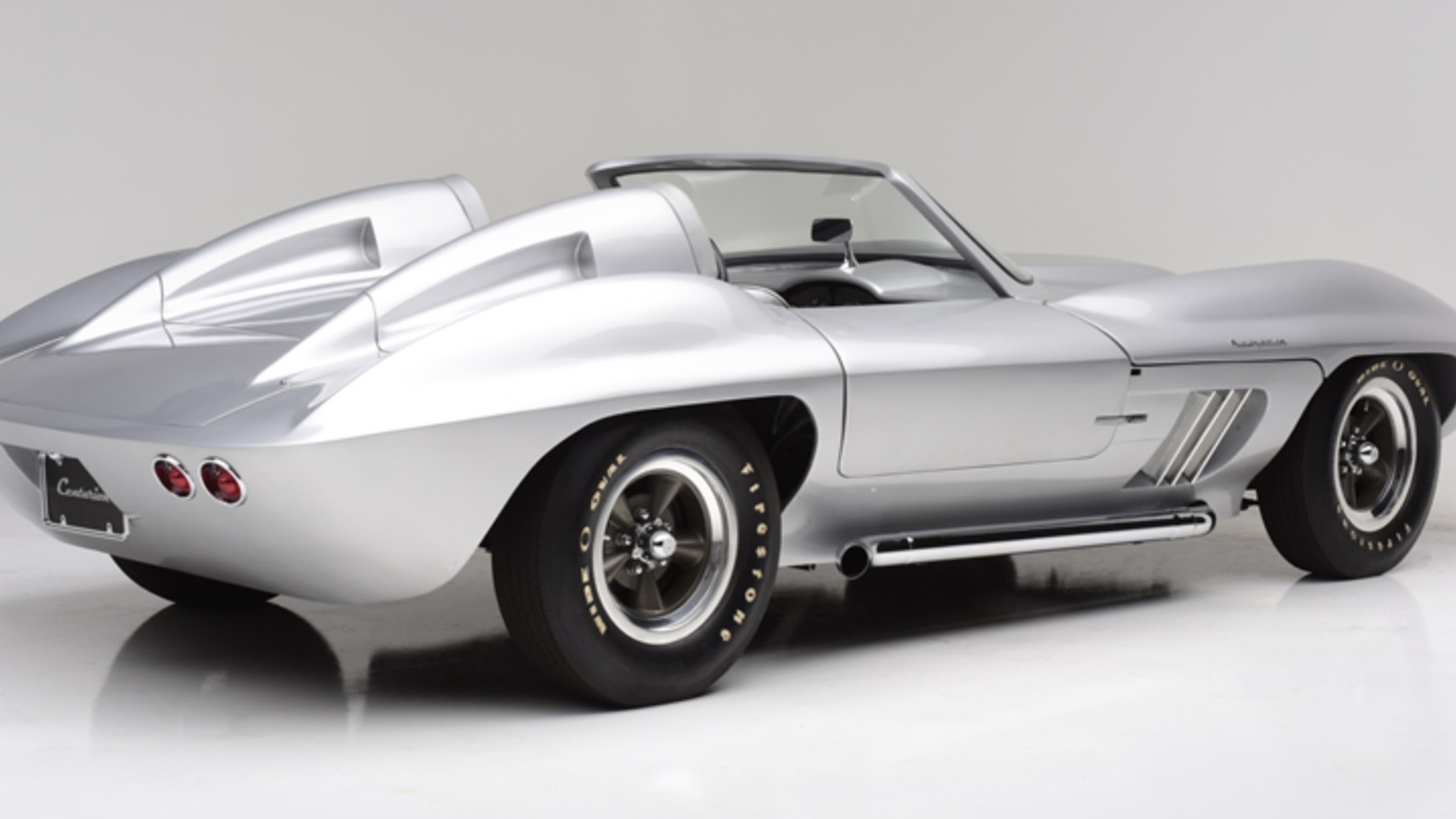 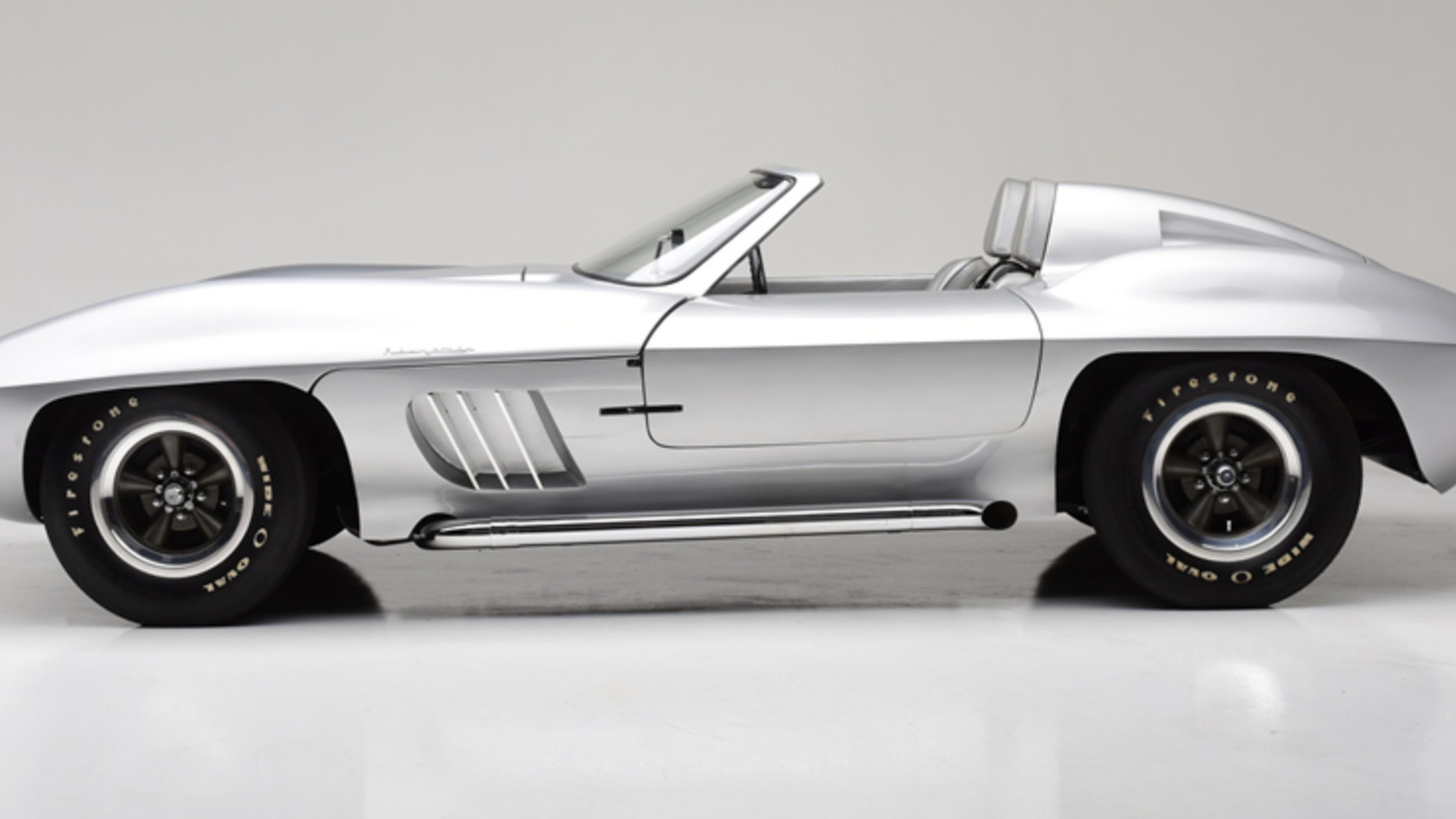 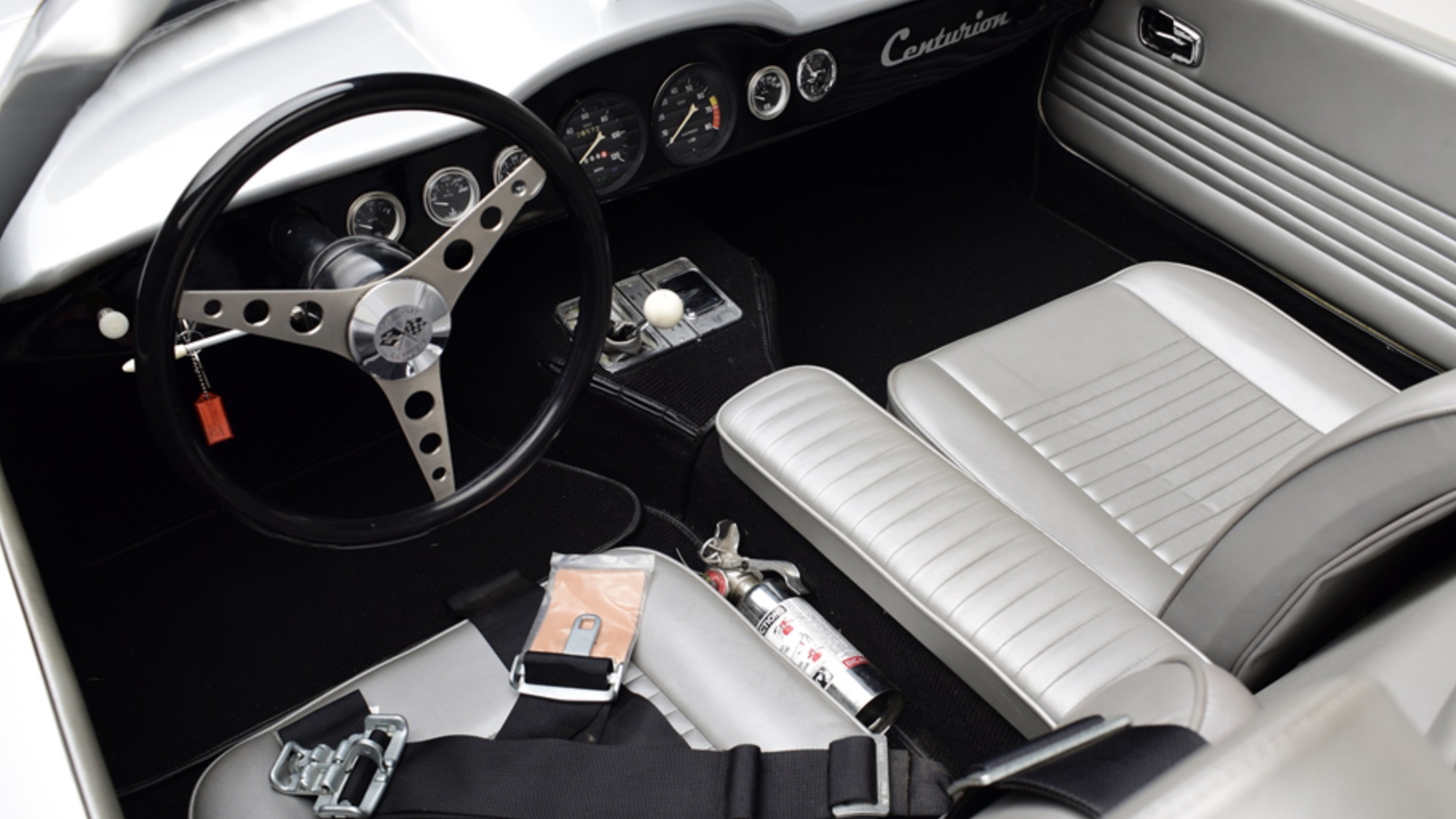 Barrett-Jackson auctions see many Chevrolet Corvettes pass the block, but this one is a little different. While this car, called the Centurion, looks like a modified C2-generation Corvette, it's actually a C1 Corvette underneath.

According to the car's information document, the C2 Corvette racer look-alike is based on a 1958 Chevrolet Corvette and is meant to recall Bill Mitchell's original 1959 XP-87 Stingray race and show car. Mitchell was the second vice president of global design in GM history. Although the car looks like a modern custom job, Fiberfab undertook the project in 1965. Under the hood sits a Rochester fuel-injected 283-cubic-inch V-8 engine. Power routes through a 1962 Corvette 4-speed manual transmission to a posi-traction rear end with 4:11 gears.

The car was recently restored to its original luster with an Inca Silver exterior hue. Better yet, it still wears its original Fiberfab body identification number tag, no. 12616. The car's original VIN from its C1 Corvette days is also present.

We're not sure if the idea itself is excellent or utterly sacrilege, but there is no denying this is a gorgeous car. Back in 1965, the original Corvette wasn't nearly as revered as it is today. Speaking of present day, the Centurion is now listed in the C1 Corvette Registry and is also eligible for Monterey Historic Races. After all, this is a race car.

The Centurion will cross the block at the Scottsdale, Arizona Barrett-Jackson auction, which is scheduled for January 13-21, 2018. It has no reserve, but it should command a pretty penny.