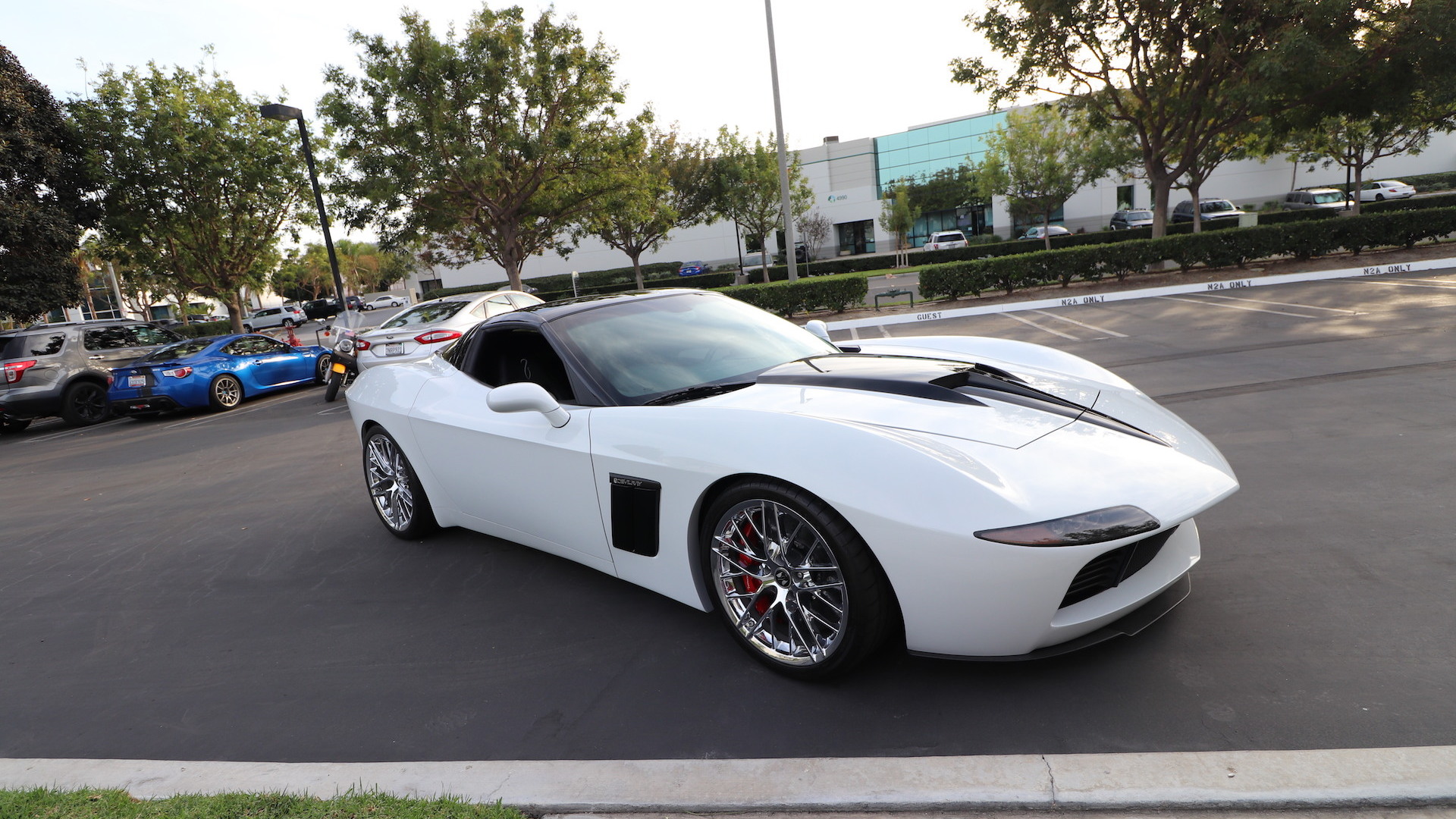 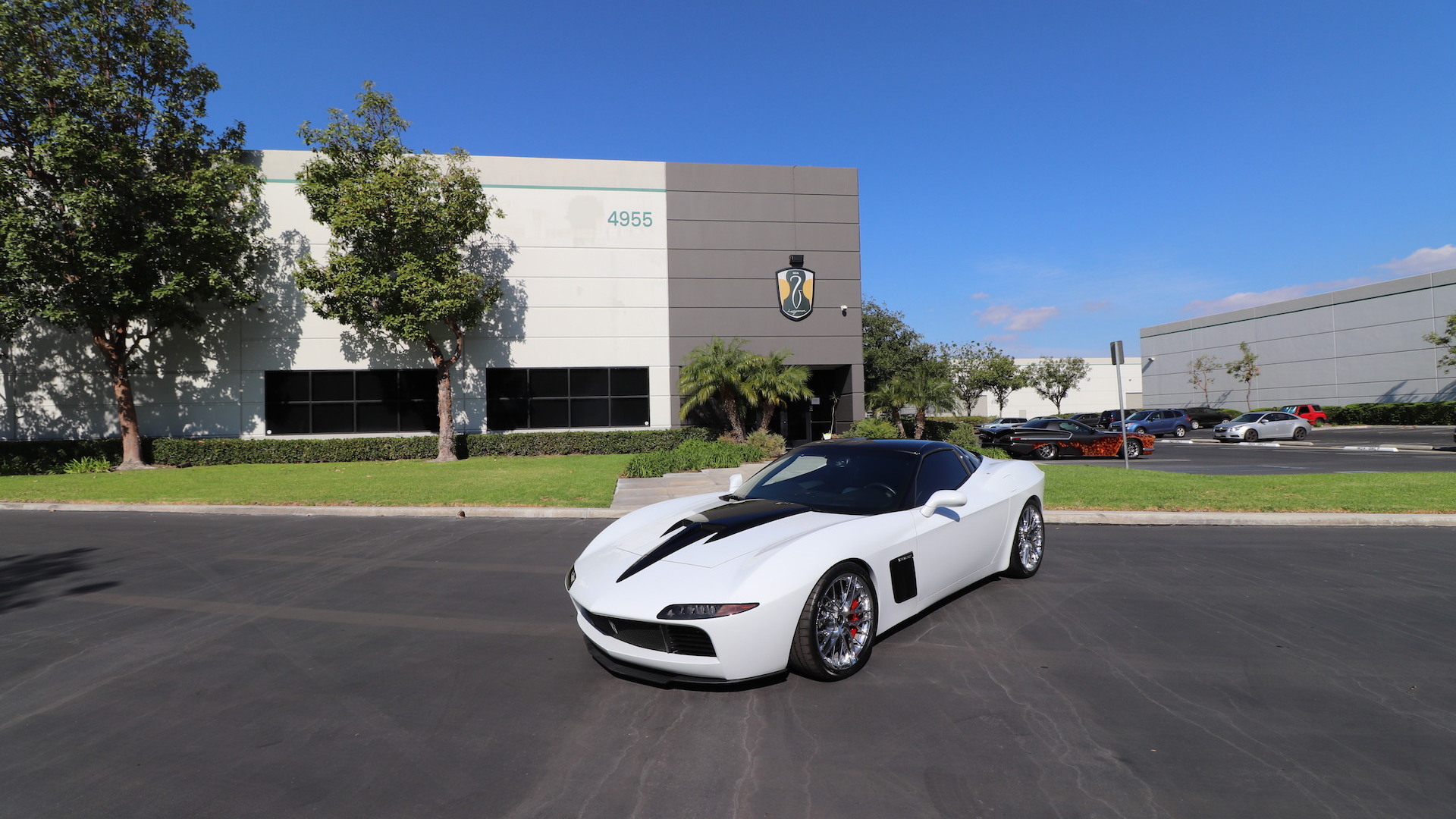 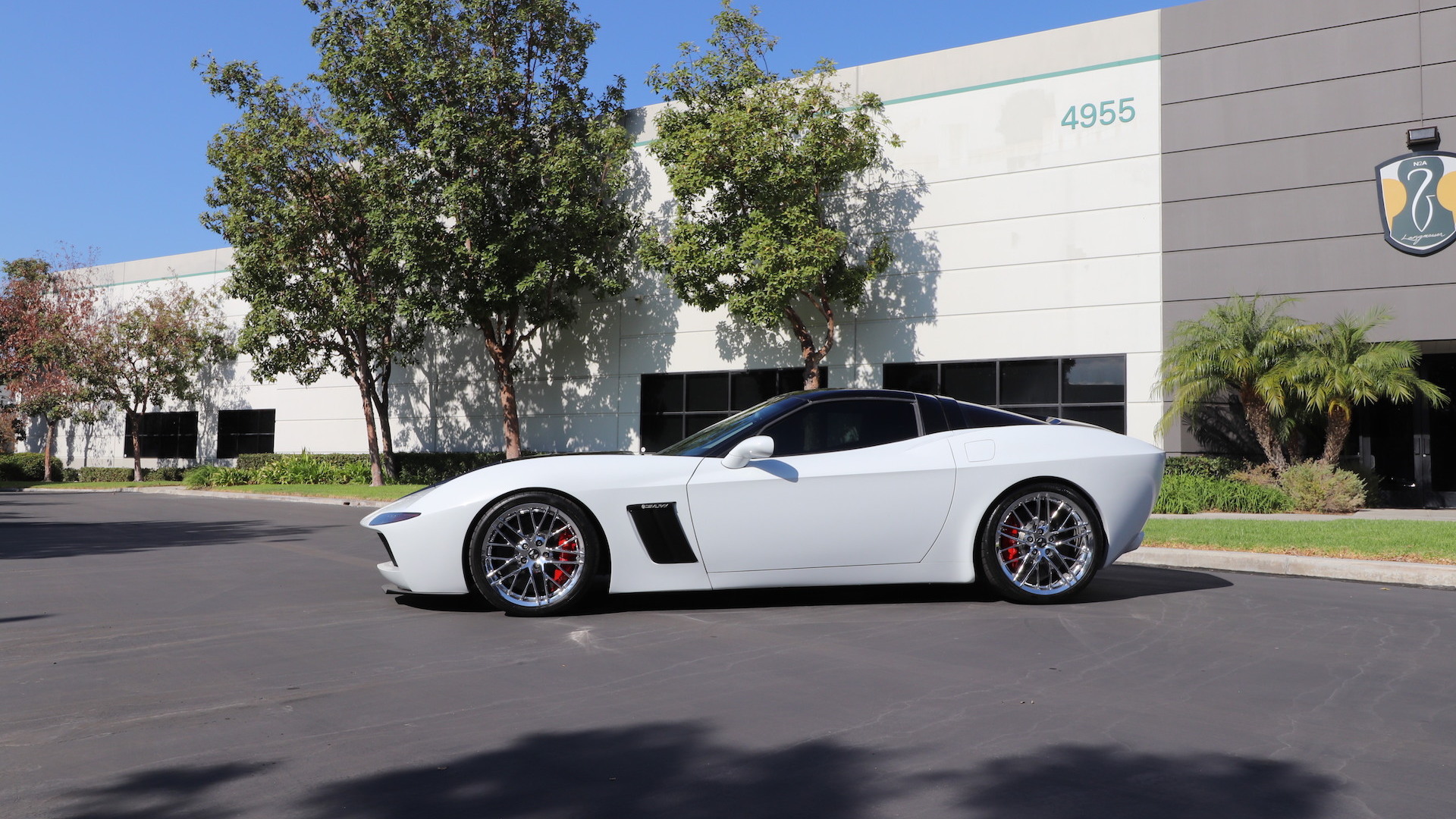 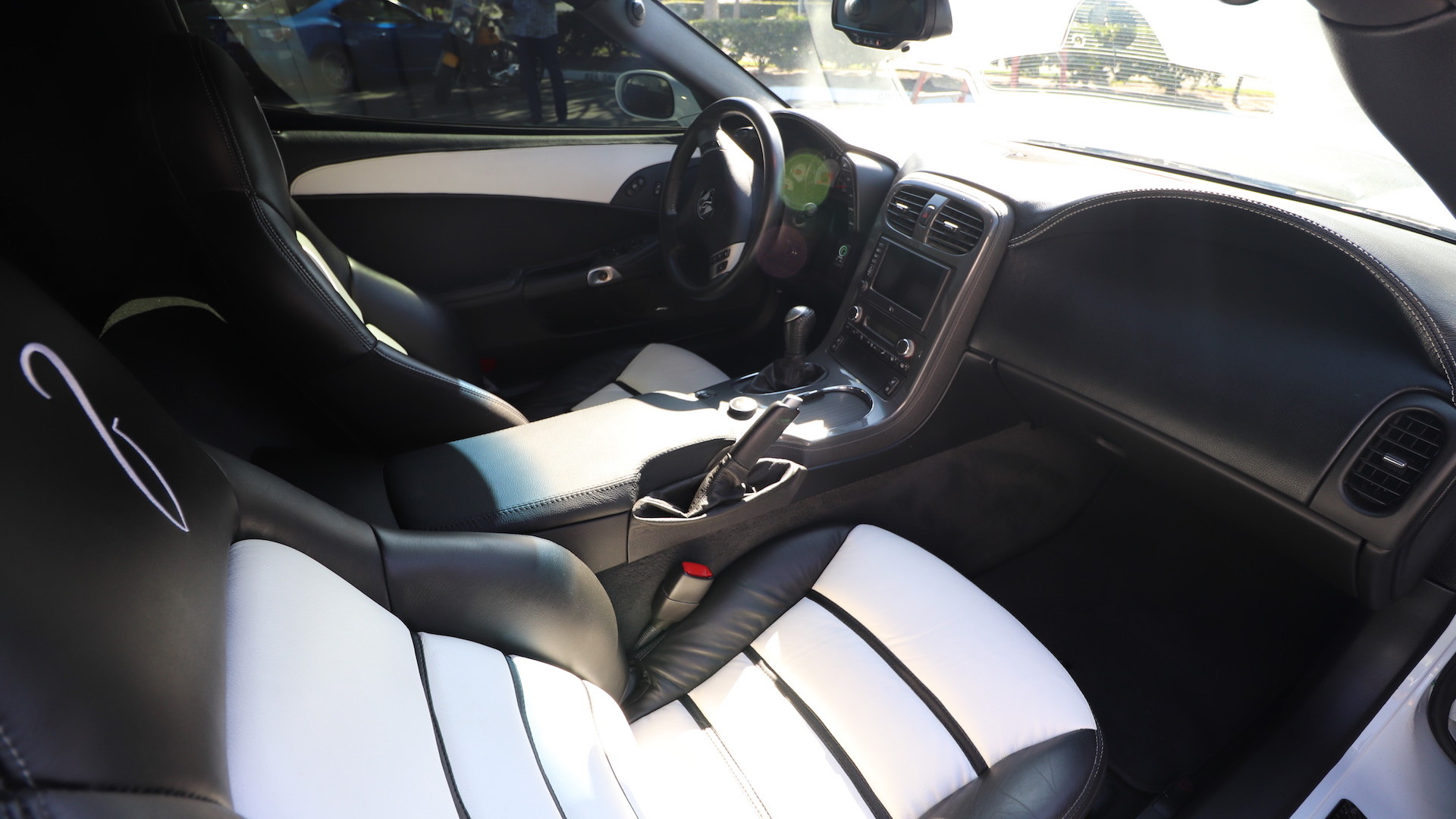 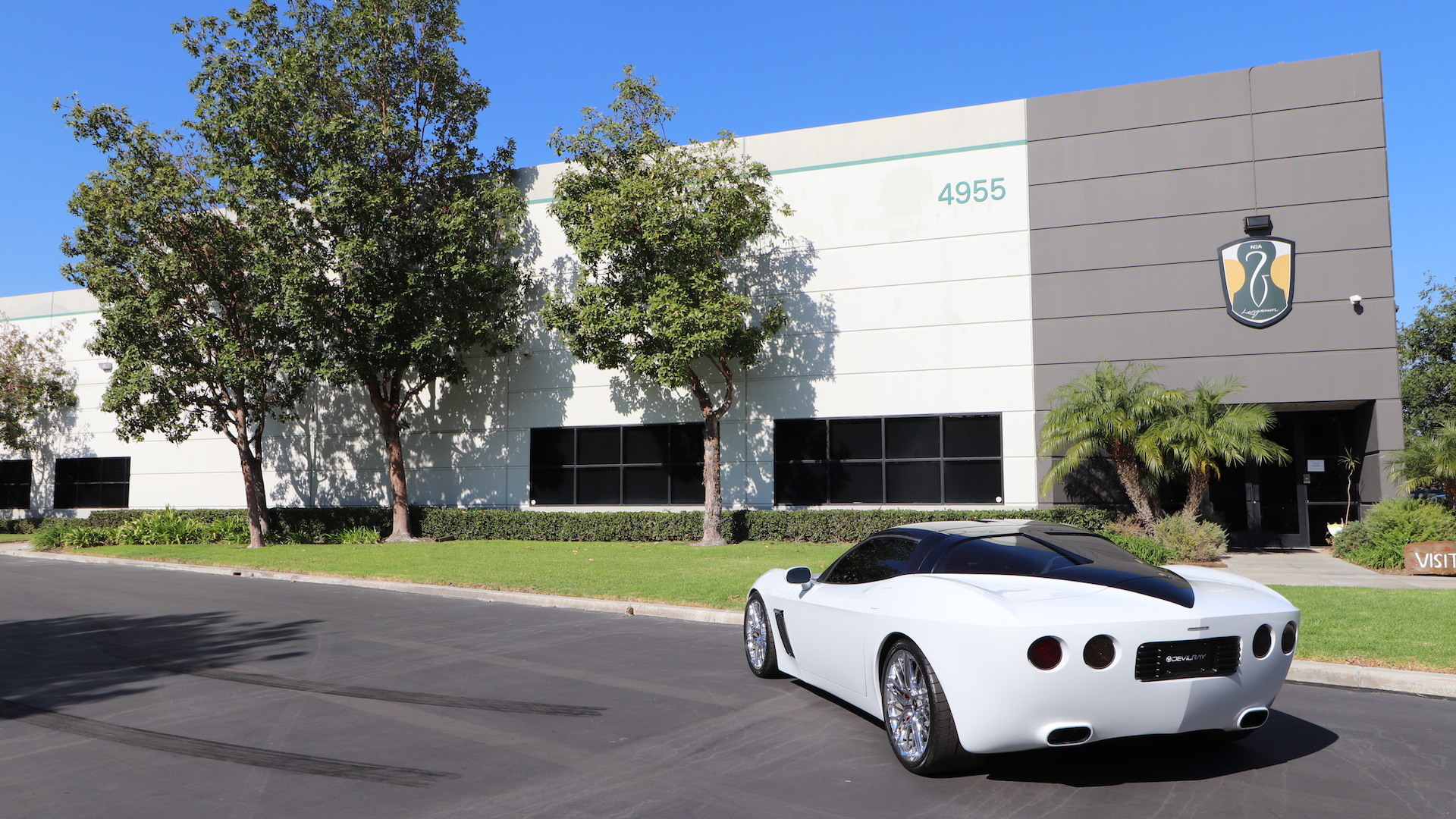 Many regard the second-generation Chevrolet Corvette as the best-looking of the breed over the sports car's seven generations. Its futuristic, yet simple lines evoked pure passion from nearly every angle. Plus, in its first year, it featured the iconic split-window at the rear. Decades later, N2A Motors is here to attempt to capture a flicker of that design with a modern interpretation of the C2 Corvette called the Devilray.

N2A revealed the Devilray at a private gathering at the 2017 SEMA show last month where the company took the first orders for the car. The car starts life as a C6 Corvette but Gene Langmesser, lead designer and founder of N2A, oversees the car's transformation. The exterior is thoroughly reworked with new sheet metal and the rear sports the iconic split-window design. We think the front end recalls a fourth-generation F-body Camaro, though.

The standard Devilray features the carbon composite body panels, a leather interior, and we assume the base C6 Corvette's 6.2-liter LS3 V-8 engine good for 440 horsepower. Buyers can choose from a 6-speed manual or 6-speed automatic transmission. The GT adds the C6 Corvette Z06's 7.0-liter LS7 V-8 engine with more than 500 hp on tap, according to N2A. It also gains other luxurious touches, such as premium leather, wood trim, and a "retro" wheel package.

If the standard power isn't enough, the company will provide additional performance kits with the potential for up to 1,000 hp. Various carbon-fiber components are also optional.

N2A didn't provide pricing but it will only produce 75 examples of the car. To potentially sweeten the deal, Langmesser will donate $1,000 with each car sold to Oceana, a global non-profit dedicated to restoring the oceans and protecting marine life.