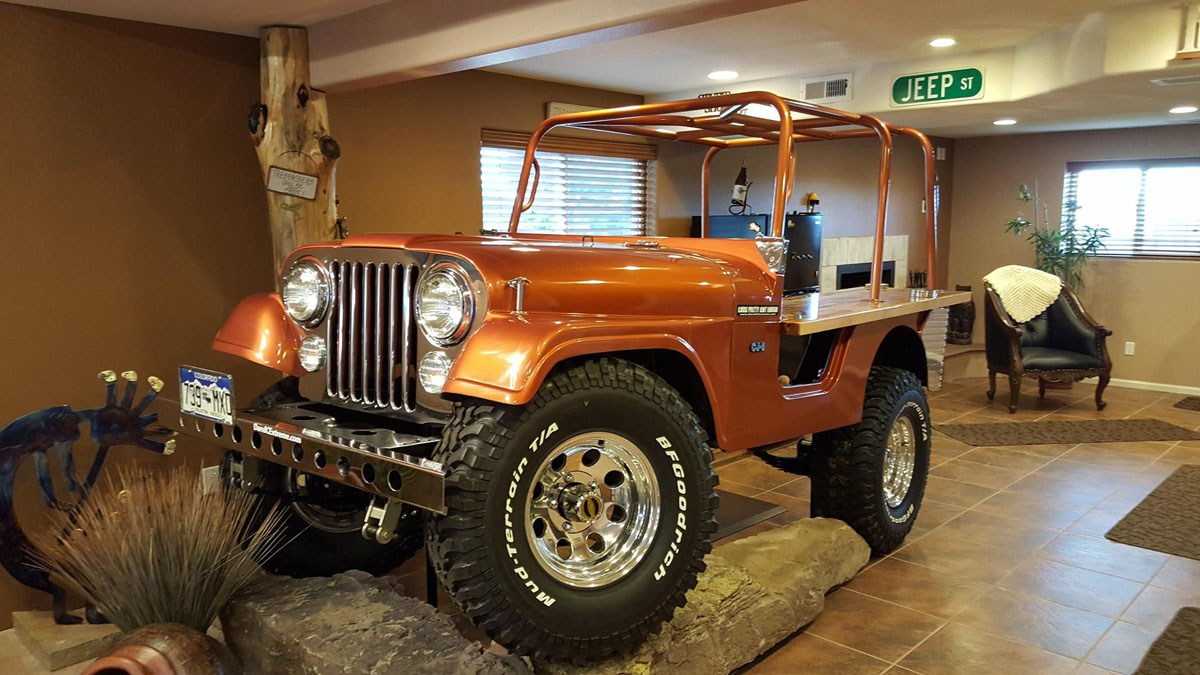 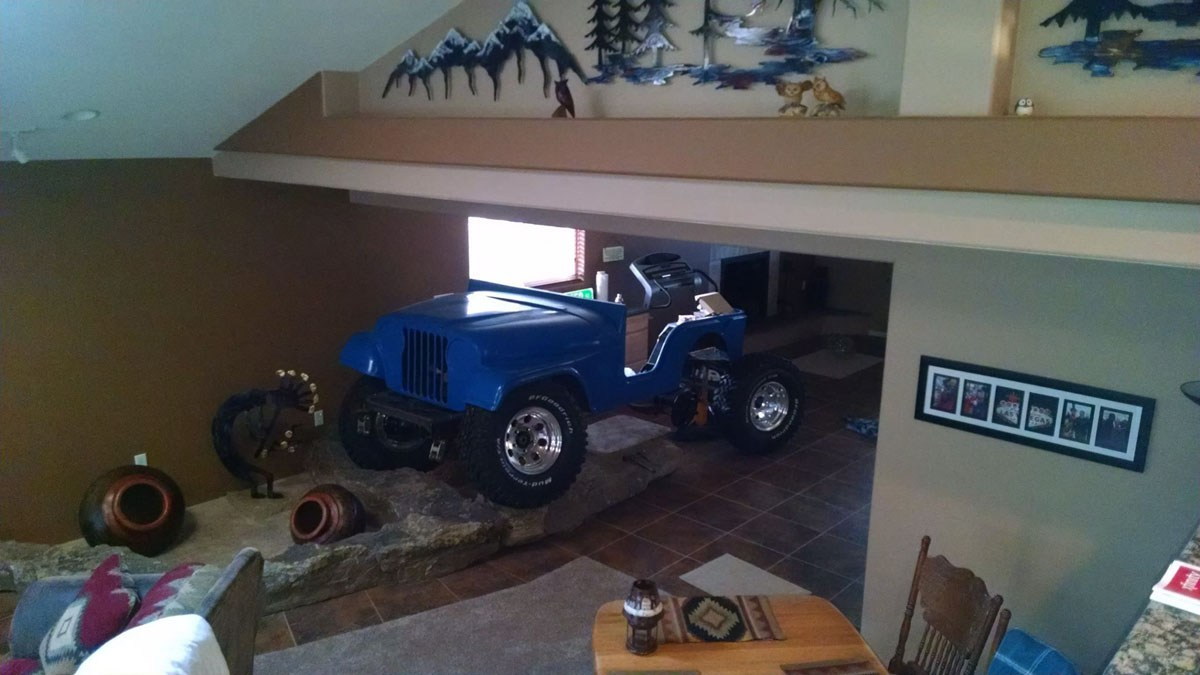 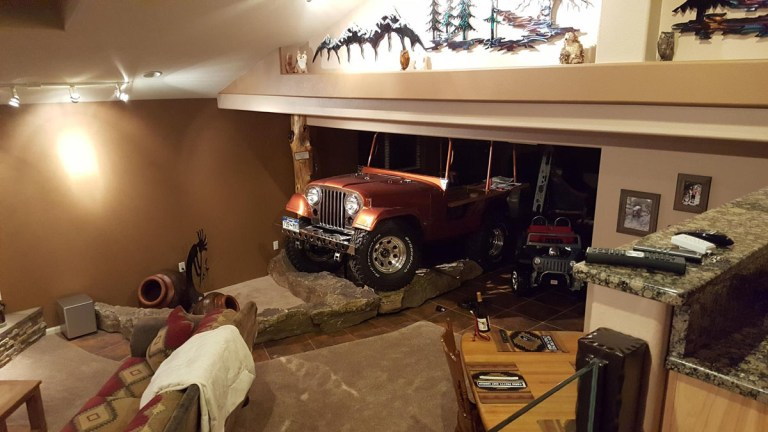 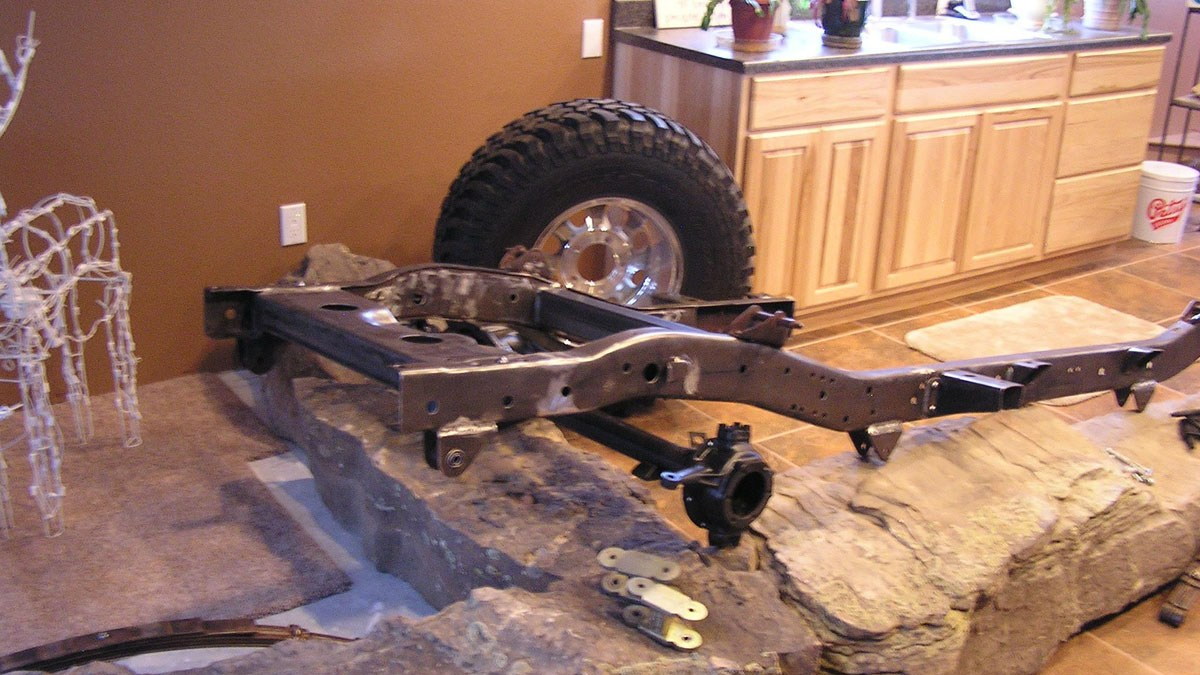 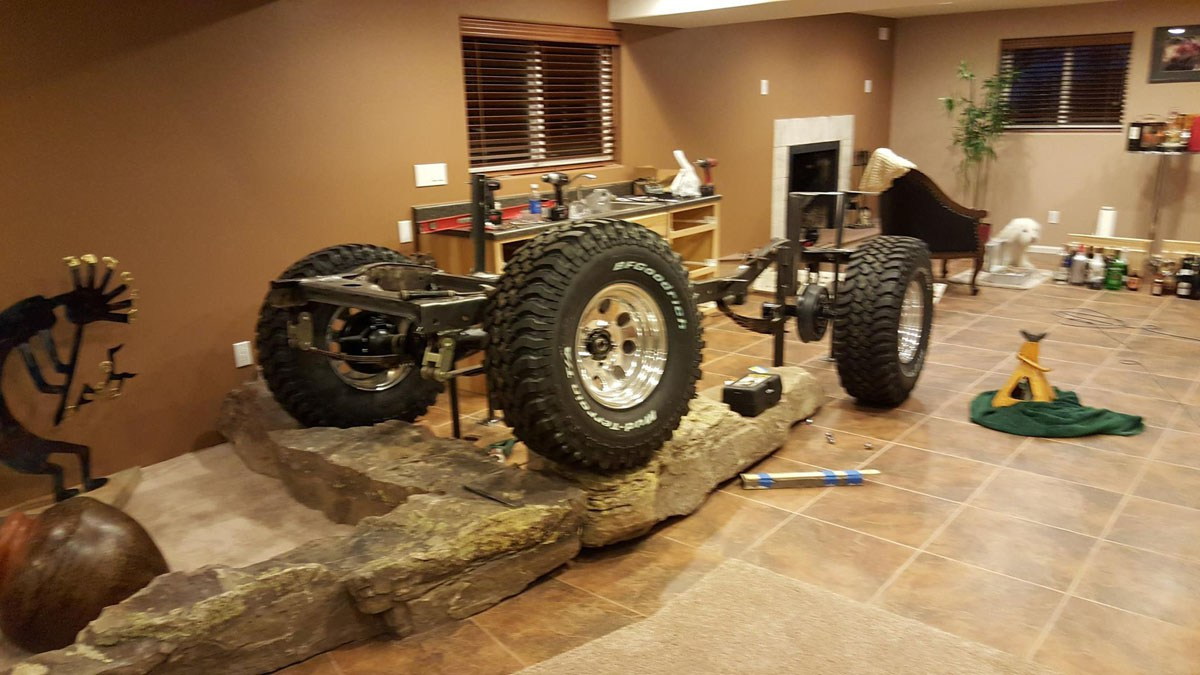 The first thing that Eric Younger wants you to know about his CJ-5-turned-tavern is that no actual Jeeps were harmed in the making of this bar.

"No, we did not ruin a Jeep for it. It's built completely out of junk parts, other than the tires and the wheels," he said.

Younger owns a 4x4 specialty shop, D and C Extreme in Colorado Springs, Colorado, and built the bar in seven years after his wife had the initial idea for their new home. Younger said after initial sketches to bring to life a 35-year-old Jeep in his living room, he set to work with scavenged parts.

The frame is cracked, the axle had a spun bearing, the fiberglass body is a cheap knockoff, and the springs are a set of old leafs that were gathering more rust than looks, he said. What about the rocks underneath the wheels?

"Those are real rocks."

The headlights, gauge lights and taillights work too, he said. And aside from the occasional drool from the vintage Jeep badges affixed to the butcher's block countertop, Younger said the CJ-5 cantina has been maintenance-free.

In the three years his bar has been in service, he said his guests wait their turns to have their pictures bellying up to the CJ-5.

Younger admits that like any seven-year project, constructing the bar was difficult. He said his biggest challenge is the only one that's kept him from building a similar bar for a customer so far.

Working in a home—his own home—meant that he couldn't grind, weld, or cut indoors, he said.

"I must've walked 50 miles between that bar and my shop outside. I'd cut or shape something, bring it in, it wouldn't fit, then go back out to the shop," he said. Doing the same inside a customer's home would significantly add to the labor cost, he added.

"But I'd be willing to build another one if the check is big enough," he said with a chuckle.

And he's already planning an International Harvester Scout bar for one client, he added. No word yet on the Montiverdi edition.