Talk of a Lexus crossover SUV with third-row seats dates back quite a few years. Lexus even rolled out a concept previewing such a model as early as the 2003 New York International Auto Show, the HPX.

Lexus put off a production version, though, deeming the segment too mainstream for a luxury player. Instead, it offered its rugged GX and LX body-on-frame SUV to buyers seeking a third row.

However, the allure of crossover sales is simply too strong to ignore as Lexus will unveil the new RX L 3-row, 7-seat crossover at this month’s 2017 Los Angeles Auto Show.

Lexus has been developing the vehicle for some time. Modifying the fourth-generation RX to fit a third row should have been straight forward given the vehicle’s corporate cousin, the Toyota Highlander, already has three rows. 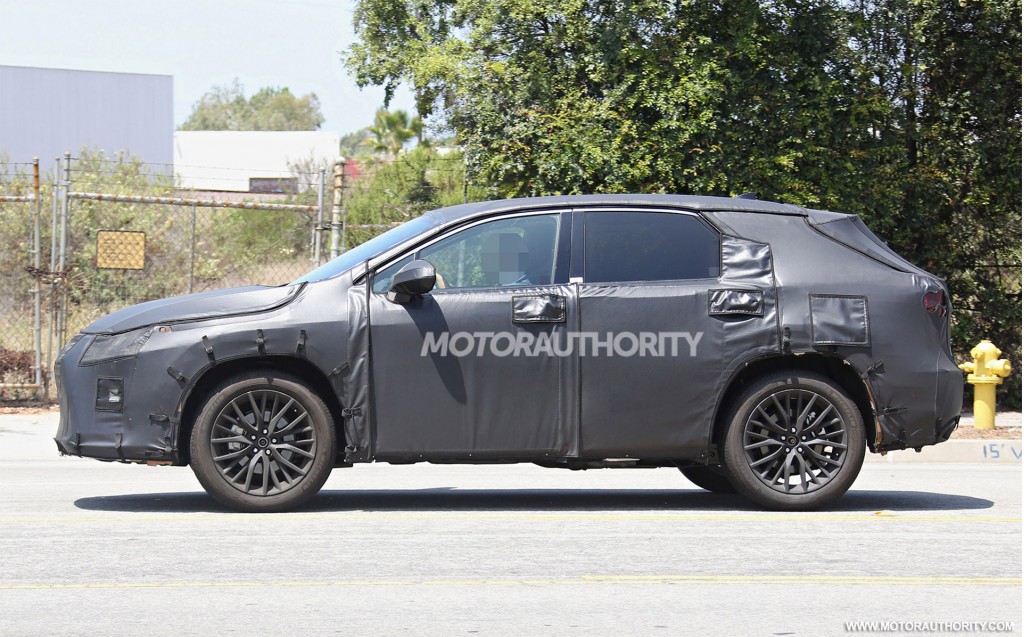 However, fitting the third row while maintaining the dramatic rear styling of the latest RX is thought to have presented some hurdles. To provide sufficient headroom for third-row occupants, the roof has been made flatter towards the rear instead of sloping down like on the standard 2-row model.

In the United States, the vehicle will be offered in RX 350 L and RX 450h L guises, though perhaps not both at launch. Potential rivals will be the Audi Q7, Infiniti JX and Volvo XC90.

What’s puzzling is why it’s taken Lexus so long to launch a 3-row crossover. The RX is the brand’s most popular model and a 3-row crossover has been the number one demand from dealers for several years. Cadillac is another luxury brand that’s been dragging its feet when it comes to 3-row crossovers.

The L.A. Auto Show opens its doors to the media on November 29. To follow our coverage, head to our dedicated hub.