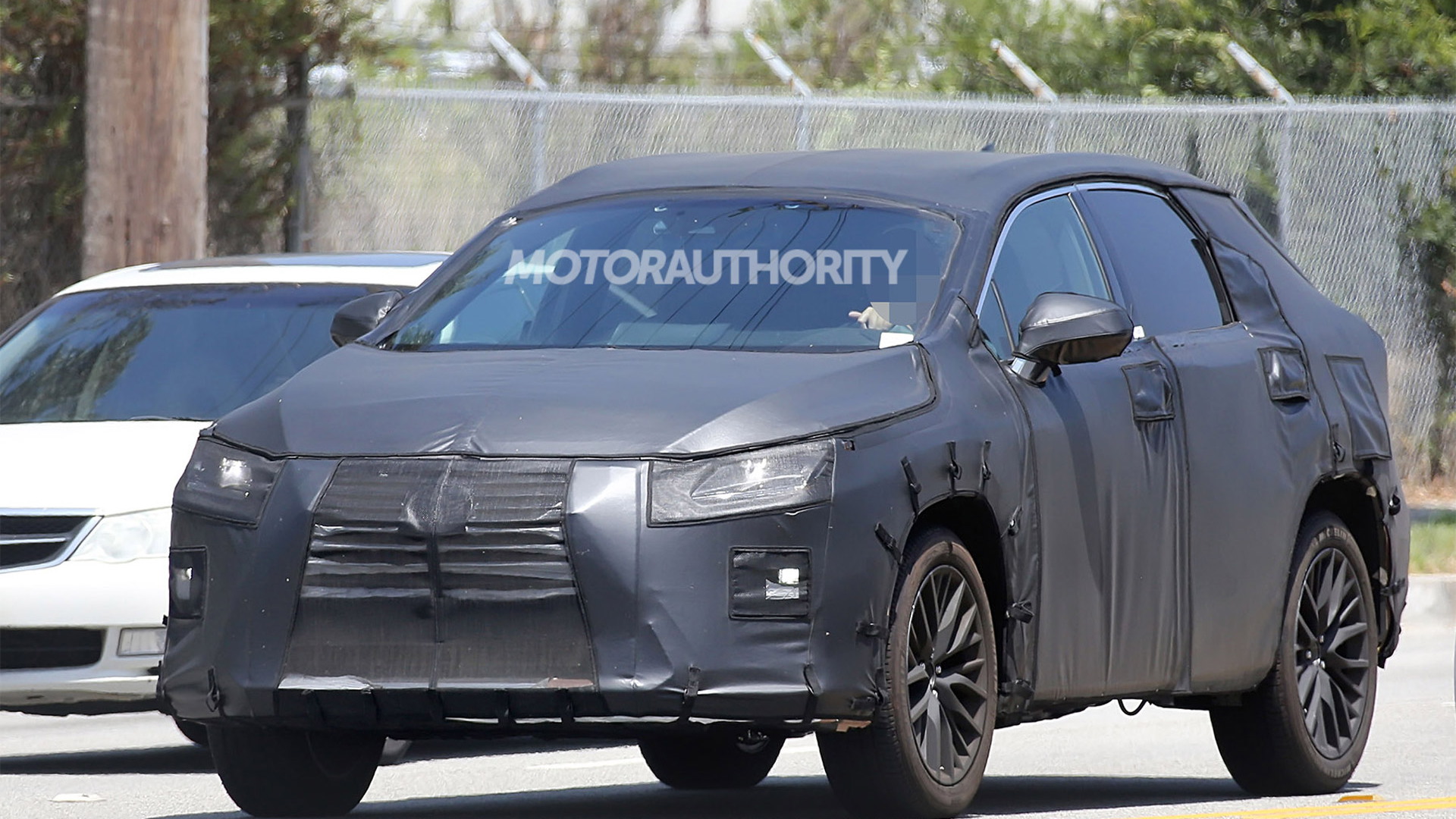 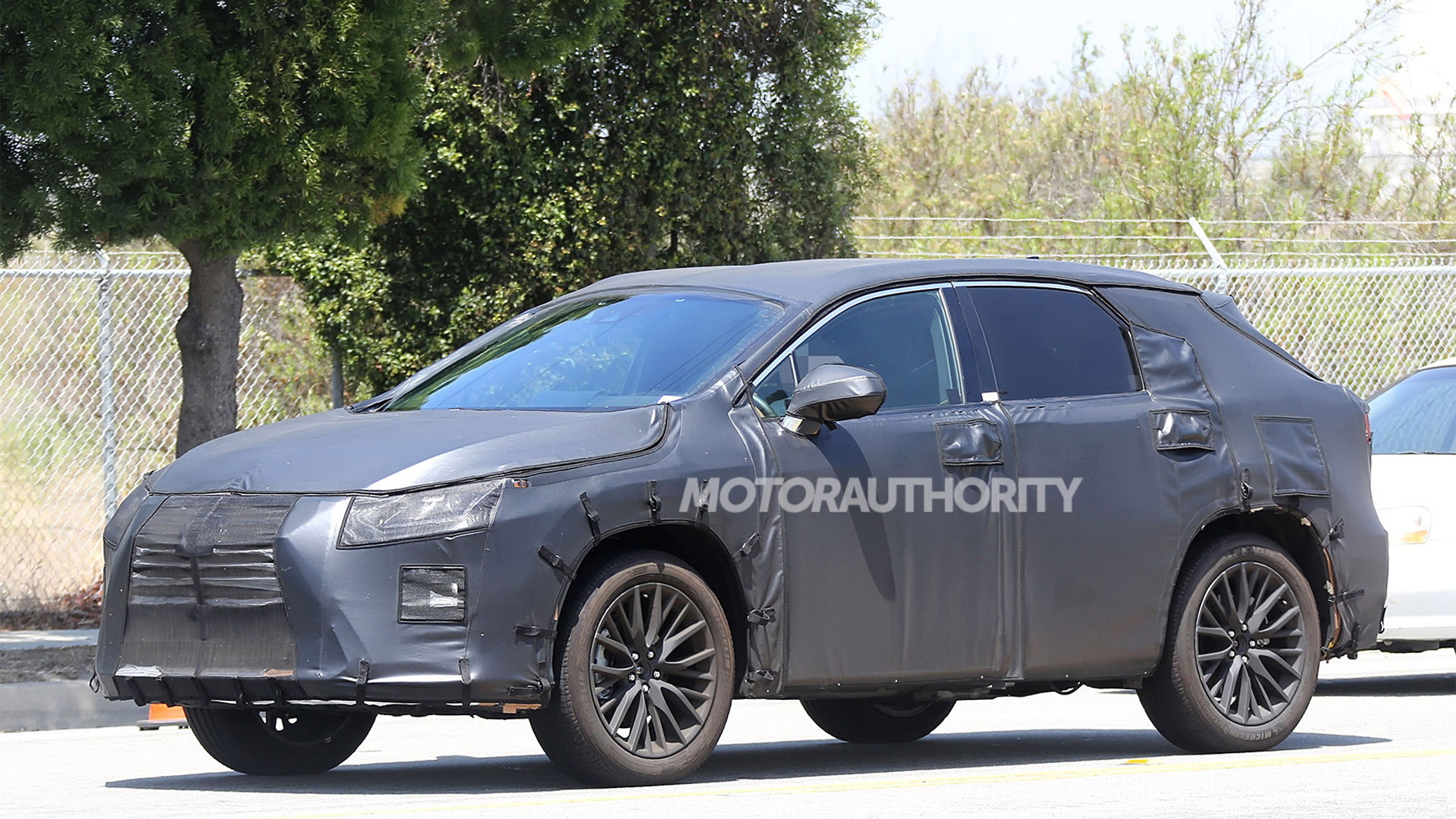 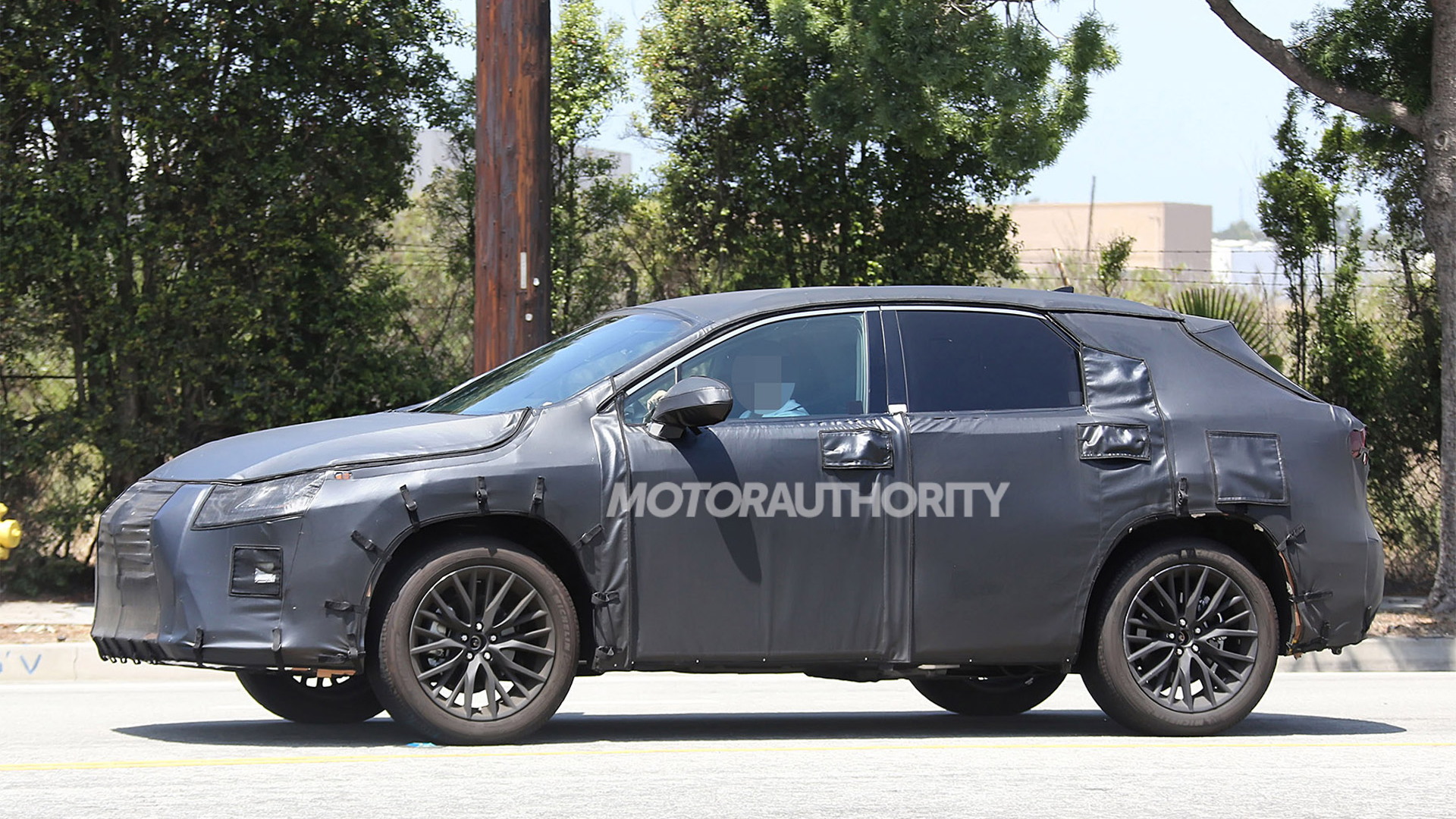 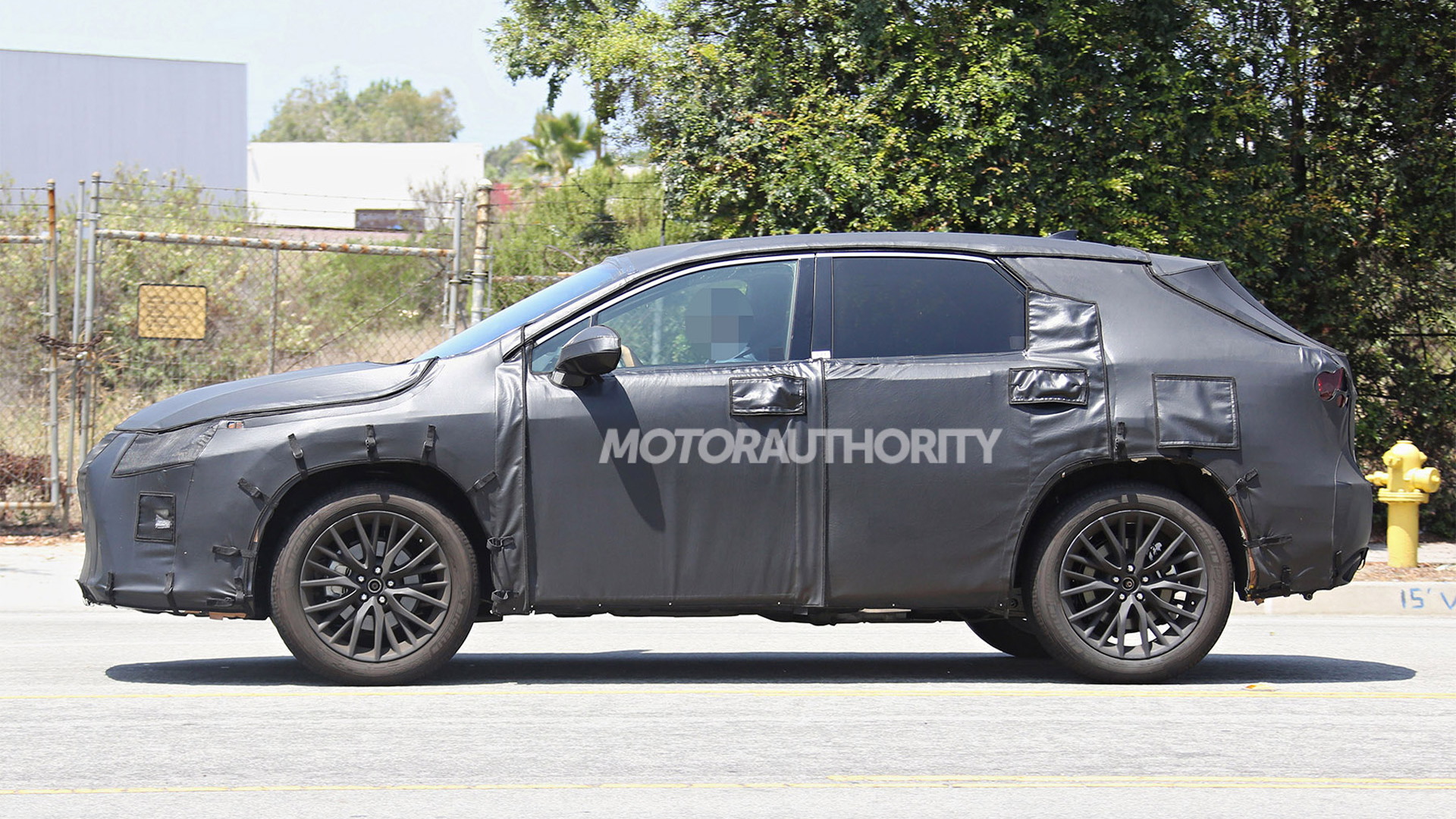 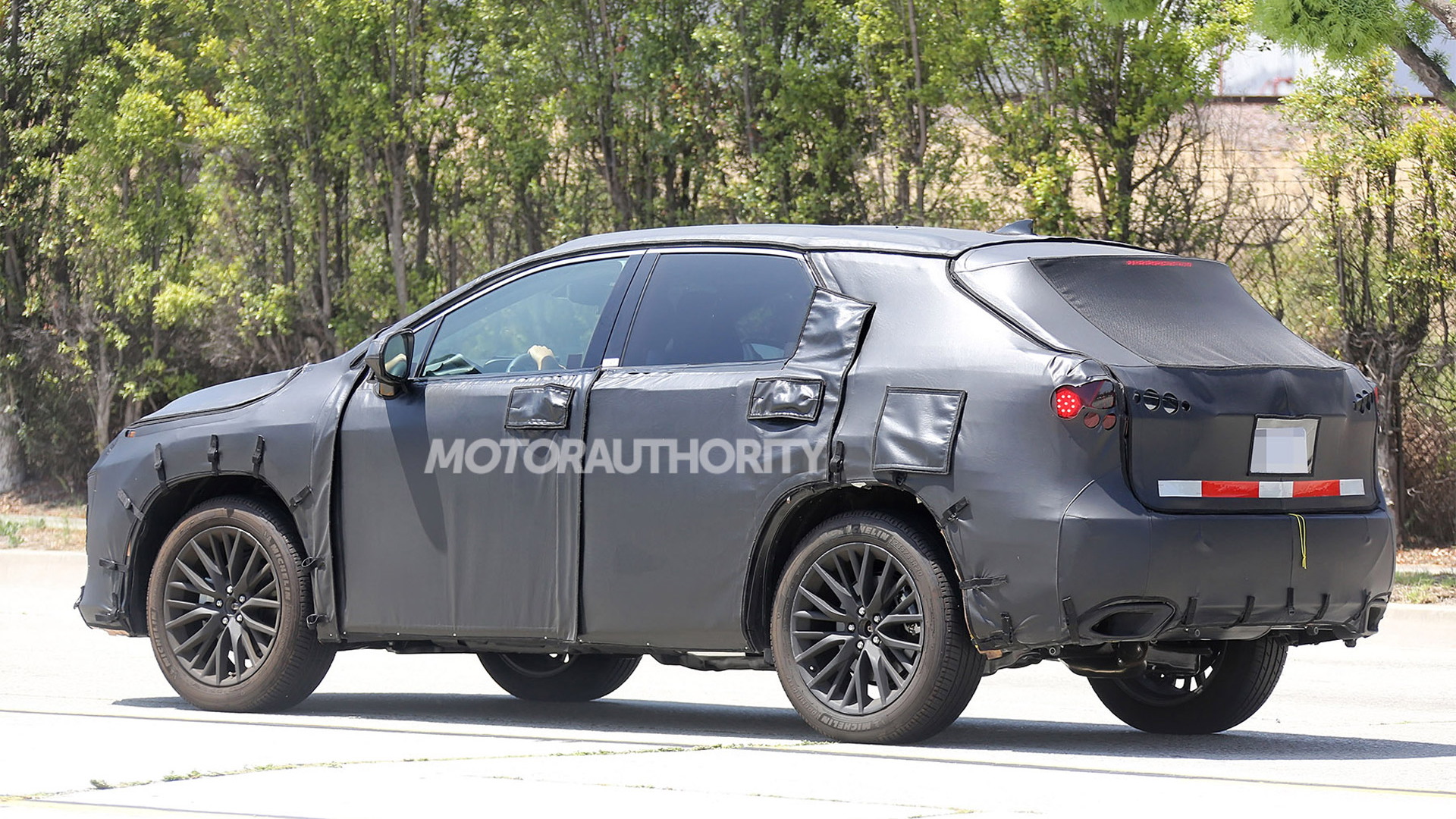 Talk of a new Lexus crossover with third-row seats dates back several years, with Lexus even rolling out a concept of just such a vehicle, the HPX, as far back as 2003. However, Lexus general manager for the United States Jeff Bracken said in an interview last year that the brand may simply launch a seven-seat version of the new RX rather than a dedicated model, and as evidenced by our latest spy shots this looks to be the case.

The new RX, which goes on sale in two-row flavor this fall, as a 2016 model, made its debut in April at the New York Auto Show. The prototype seen here is clearly for the latest RX, but if you look closely you can see that the wheelbase is longer than on the version shown in New York. The rear section is also heavily camouflaged, likely to hide the new third-row seats fitted there.

Modifying the fourth-generation RX to fit a third row would have been straight forward for engineers. The vehicle’s corporate cousin, the Toyota Highlander, already has three rows.

What’s puzzling is why it’s taken Lexus so long to launch the vehicle. The RX is the brand’s most popular model, accounting for three out of every 10 Lexus vehicles ever sold, and a crossover with third-row seats has been the number one demand from dealers for several years now. Lexus does have the GX and LX SUVs, but both of these feature truck-like body-on-frame construction and don’t match the fuel economy of crossovers offered by rivals.

As the stretched RX has only started public road trials, we’re not expecting it to be available at this fall’s sales launch of the fourth-generation model. Instead, expect it to debut next year, as a 2017 model. Powertrains should match those of the two-row RX, meaning a base V-6 model and pricier hybrid combining a V-6 with the latest Lexus Hybrid Drive system.

Key rivals will be the Audi Q7, Infiniti JX and Lincoln MKT.