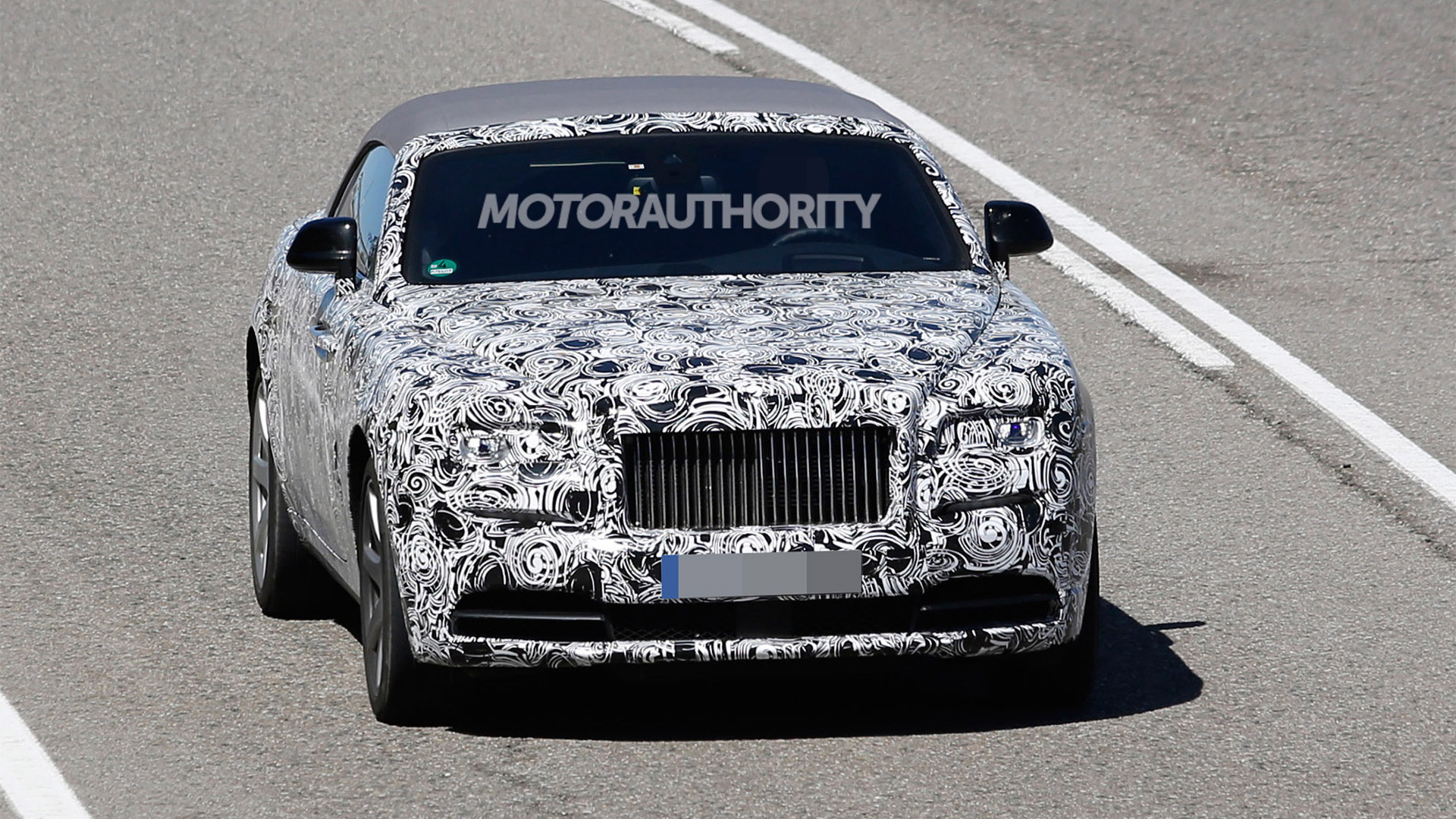 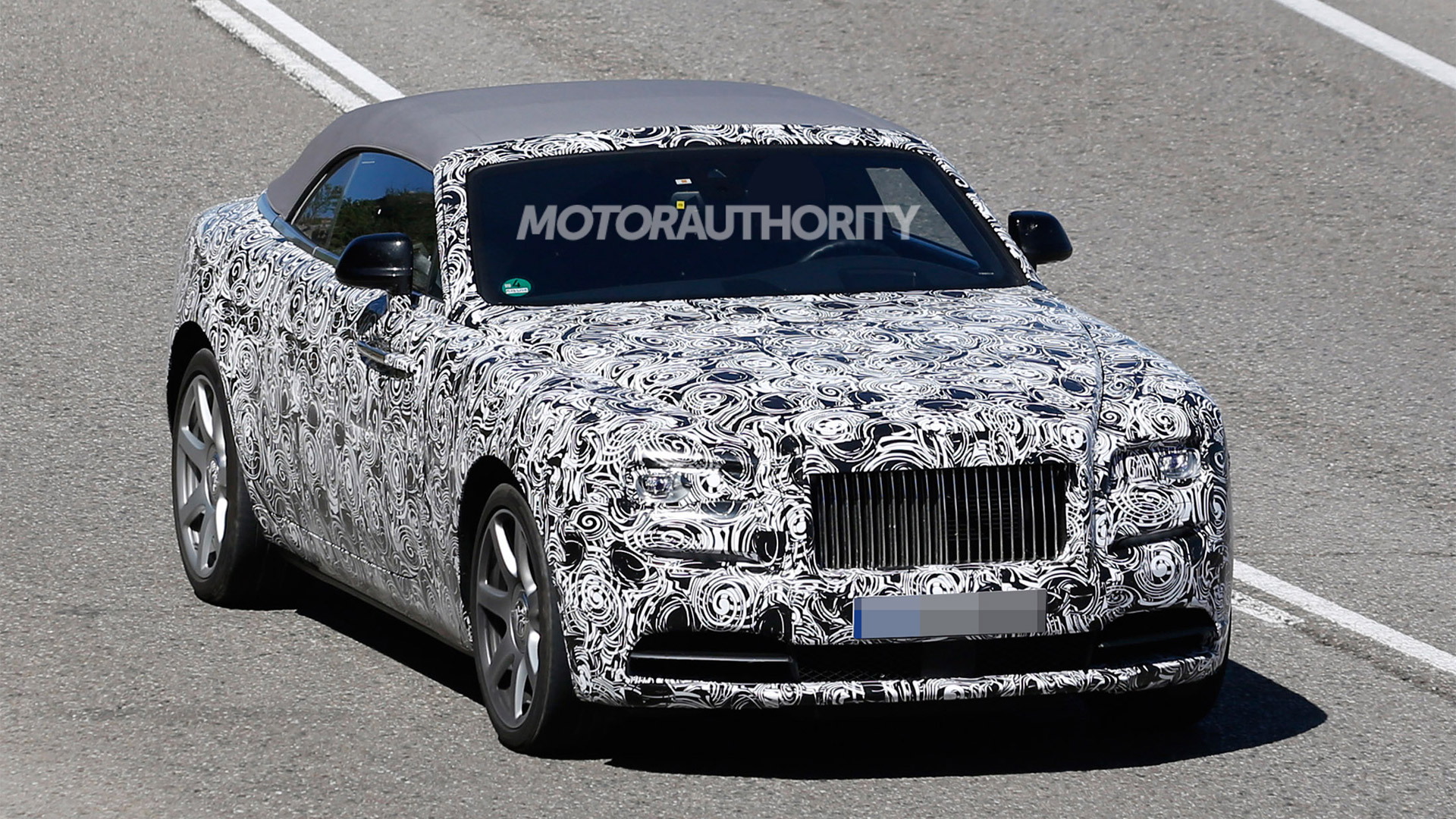 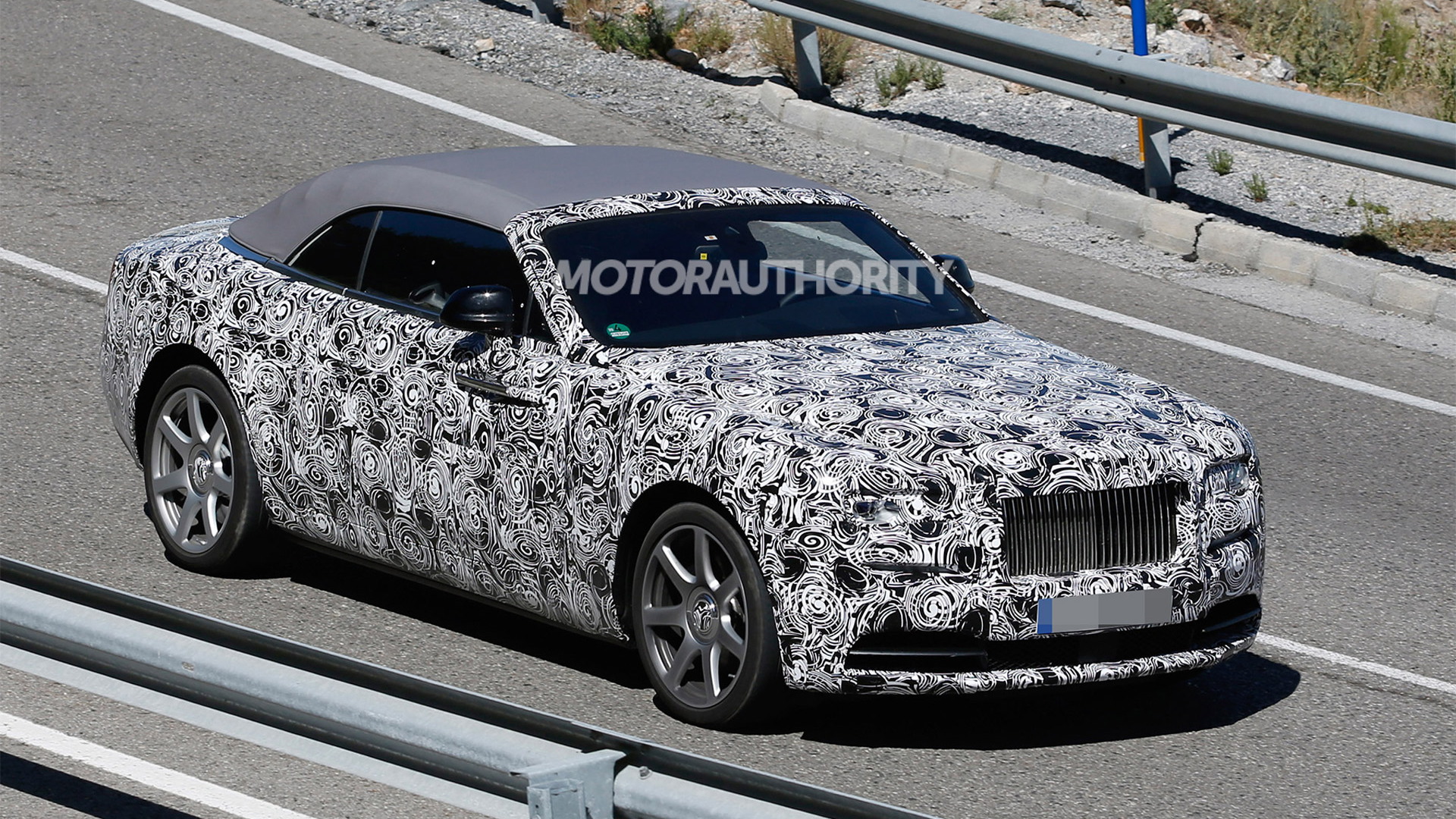 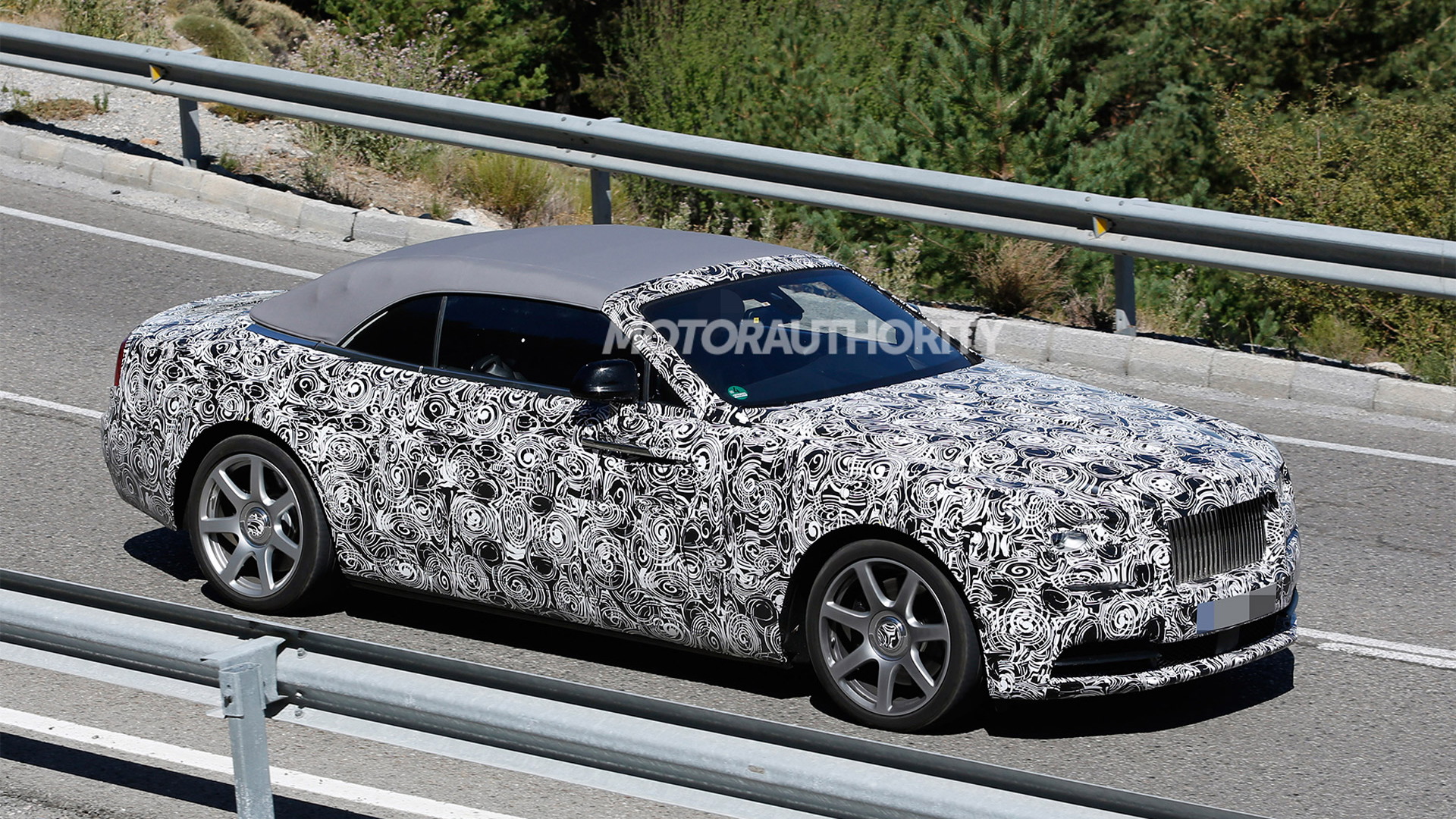 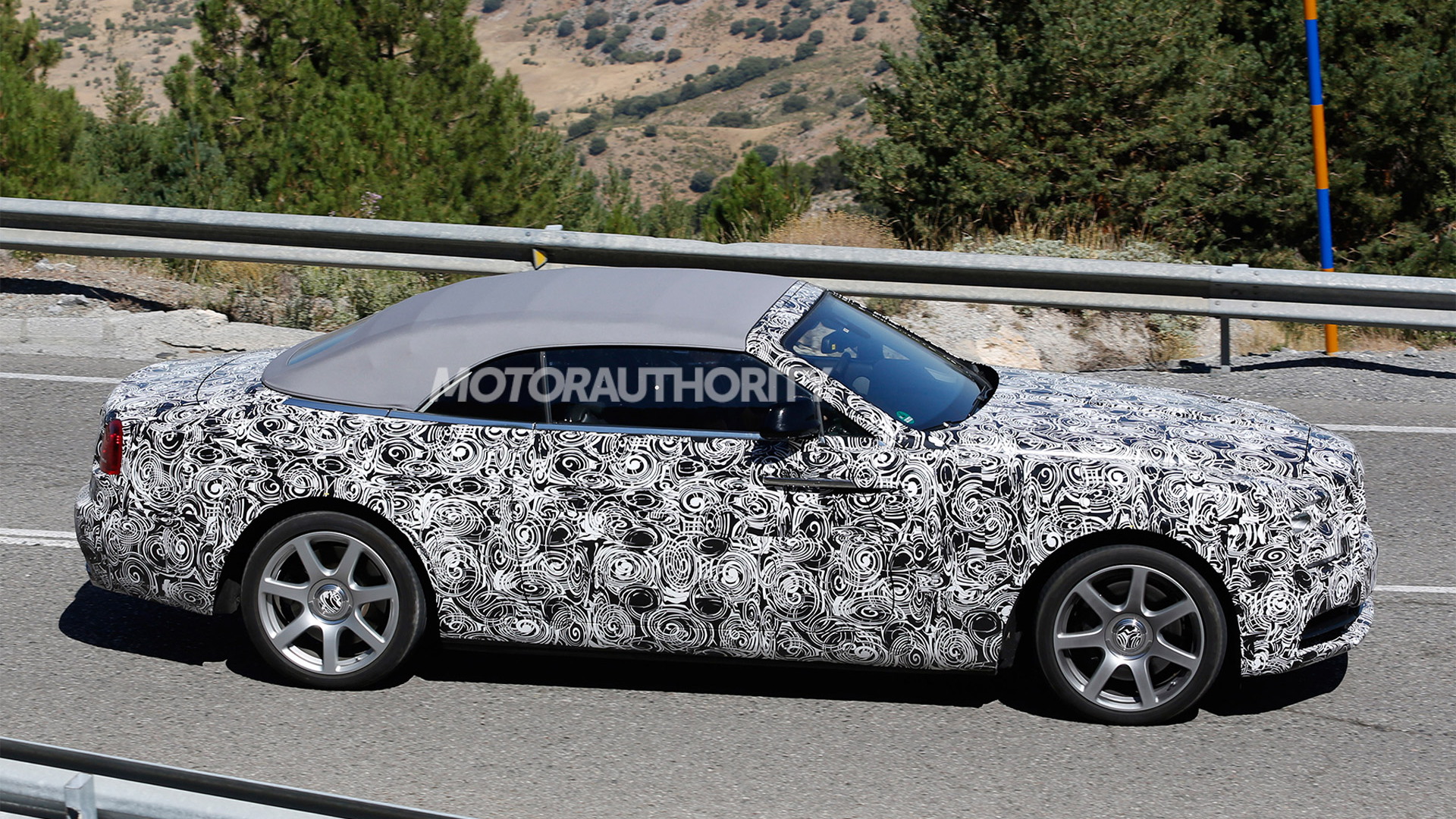 Rolls-Royce recently confirmed that the planned convertible version of the stunning, incomparable Wraith coupe will revive the marque's illustrious Dawn nameplate, and now we have our most revealing spy shots of the car yet. The new Rolls-Royce Dawn is set to go on sale early next year and will likely make its world debut at this September’s 2015 Frankfurt Auto Show.

Like the Rolls-Royce Phantom convertible, or drophead as the automaker refers to its open-top models, the Dawn will feature a soft, cloth roof that’s fully automated, of course. Apart from this change, the Dawn should otherwise be largely identical to the Wraith—though it will likely have to do without the brilliant starry-sky ‘Starlight’ headliner available in the coupe.

Under the hood, the same 6.6-liter twin-turbocharged V-12 engine, rated at 624 horsepower, should find service. Despite the Wraith’s 5,200-pound curb weight, the big engine can glide the car to 60 mph in about 4.4 seconds and on to a top speed of 155 mph. The Dawn should weigh somewhat more, and consequently be a few tenths of a second slower to 60 mph.

Aside from the roof, a handful of other visual differences will distinguish the car from its fixed-roof doppelgänger, including a slightly altered rear end, most notably at the trunk, which loses the fixed-roof Wraith’s raised cross-section, replacing it with a deck lid that sits flush with the rear fenders. To stow the top, the trunk also appears to have been shortened somewhat, likely impinging on its cargo capacity.

Otherwise, the Dawn appears to share the same key styling elements at the nose and sides, even preserving much of the Wraith’s graceful roofline with the top raised.

Stay tuned for the full reveal coming up soon.