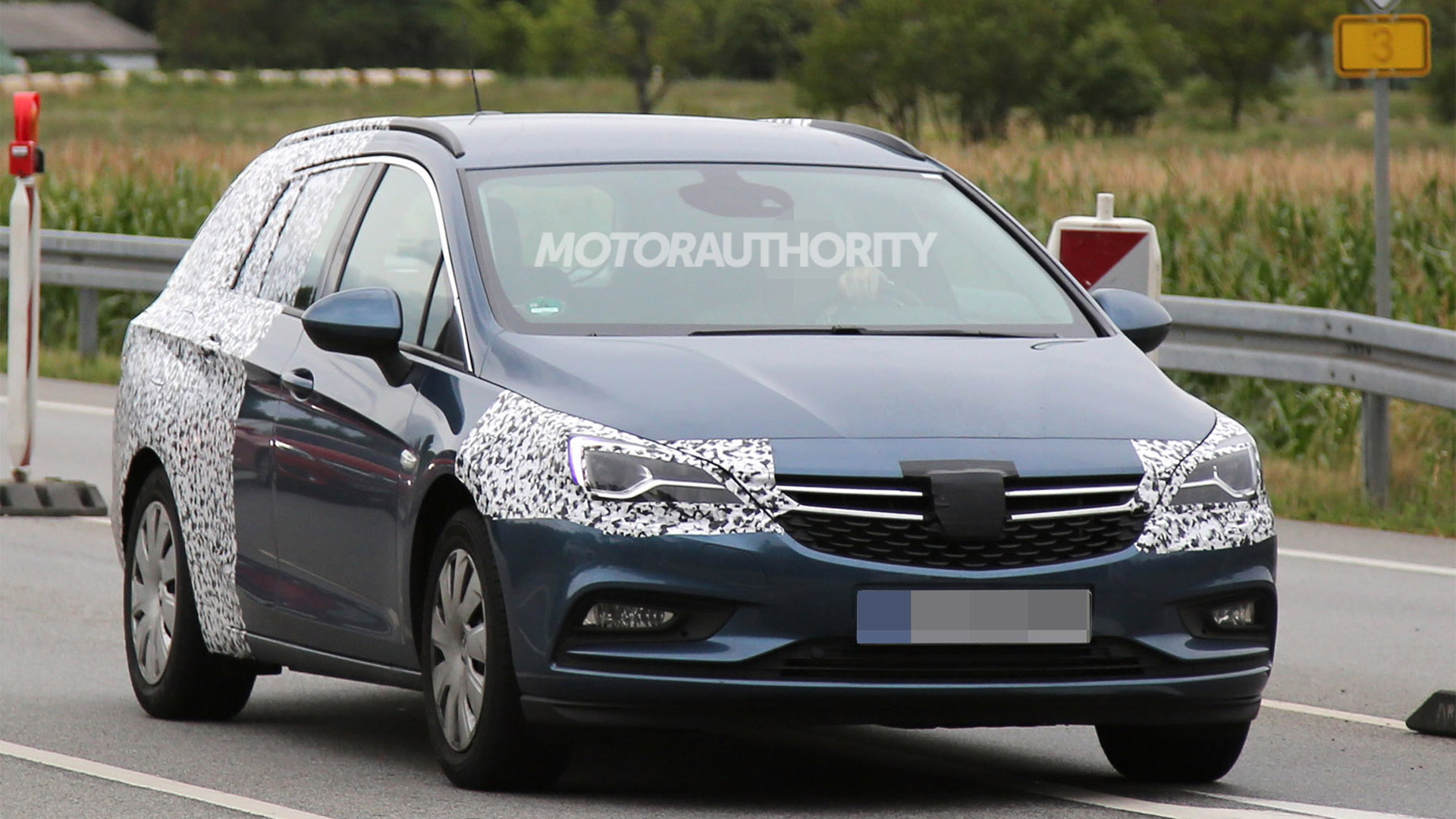 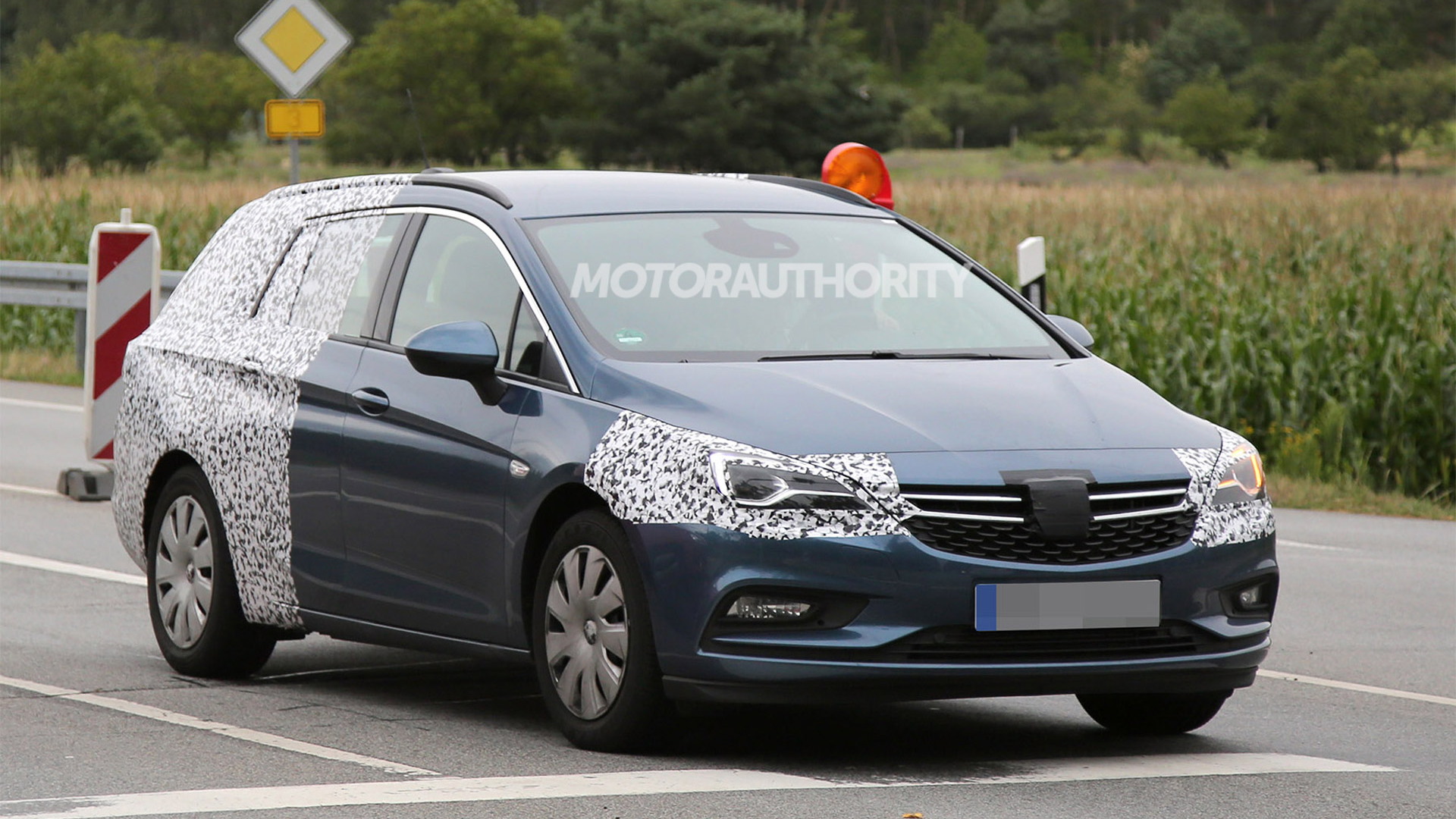 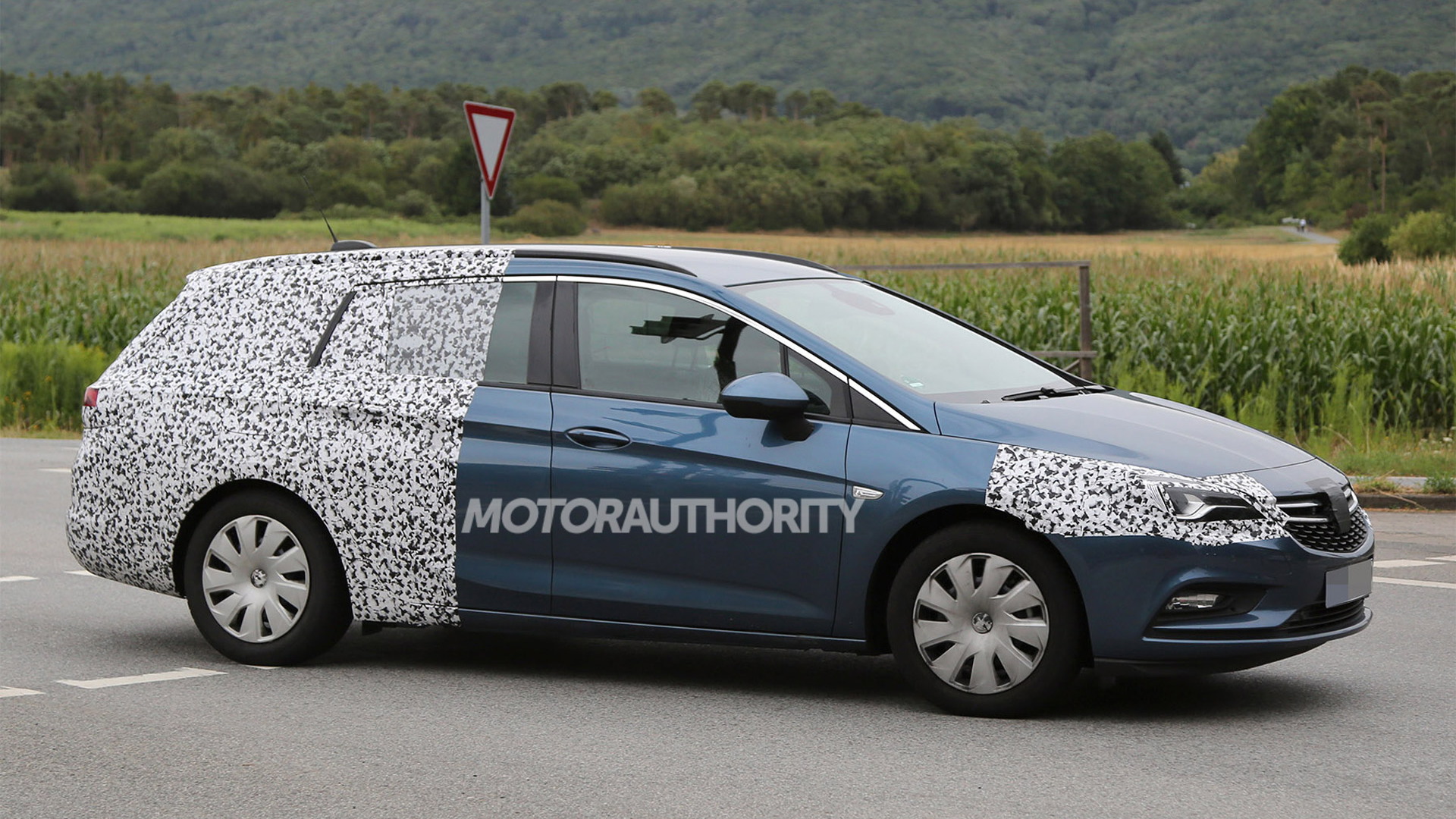 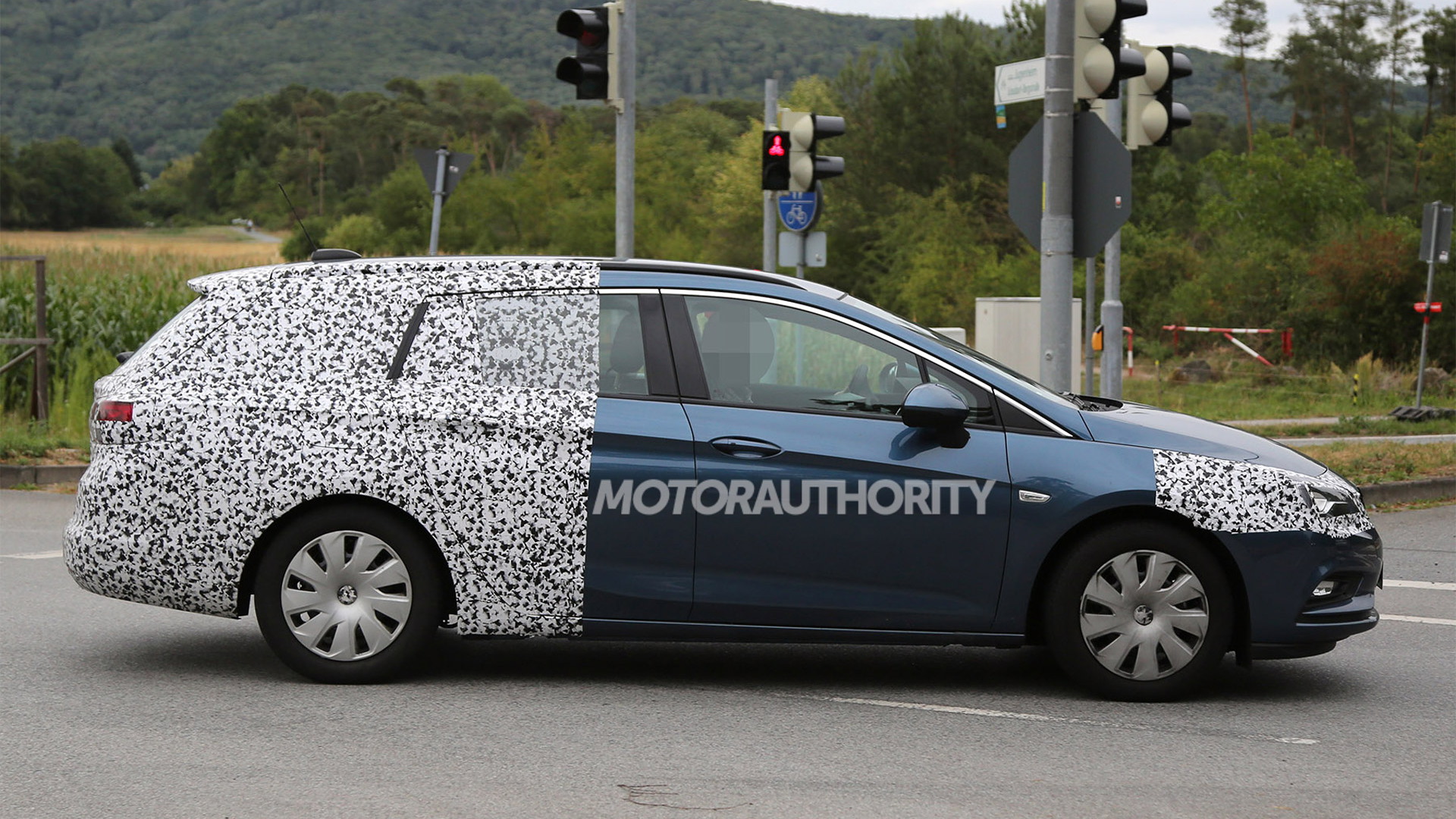 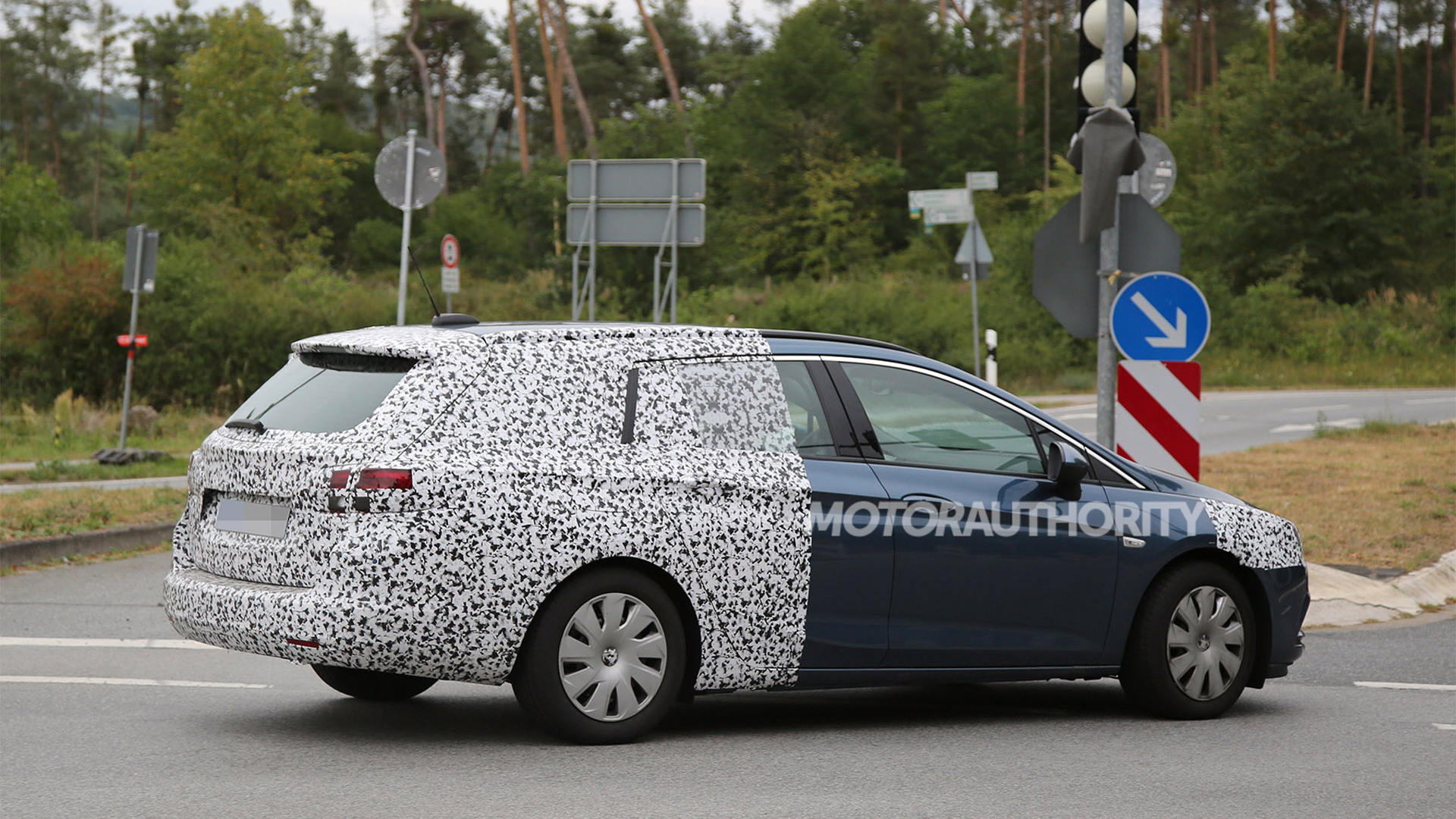 It looks like the Sports Tourer wagon variant of the new Opel Astra will join the previously revealed hatchback at the car’s official world debut at the 2015 Frankfurt Auto Show, scheduled to get underway September 15. Our latest spy shots show a near-complete prototype for the new Astra Sports Tourer, suggesting that the auto show debut can’t be far.

Mechanically, the Astra Sports Tourer should be virtually identical to the hatchback. Unique to it, however, is the slightly longer wheelbase, more upright rear hatch and correspondingly longer roof all revealed in the spy shots. The changes mean more storage space inside, with volume either matching or exceeding levels offered in the outgoing model.

We know this because the new Astra has more interior space than its predecessor, despite it being smaller and lighter. This is made possible by General Motors Company’s [NYSE:GM] latest D2XX compact car platform, which utilizes smaller subframes and higher strength—and therefore less bulky—materials in its construction.

The powertrain lineup will consist of three- and four-cylinder options, including several gasoline and diesel units. The smallest should be a three-cylinder engine displacing 1.0 liter while at the other end of the spectrum there should be a 1.6-liter four-cylinder unit. Outputs should range from 95 to 200 horsepower.

Stay tuned for the full reveal in the coming weeks.