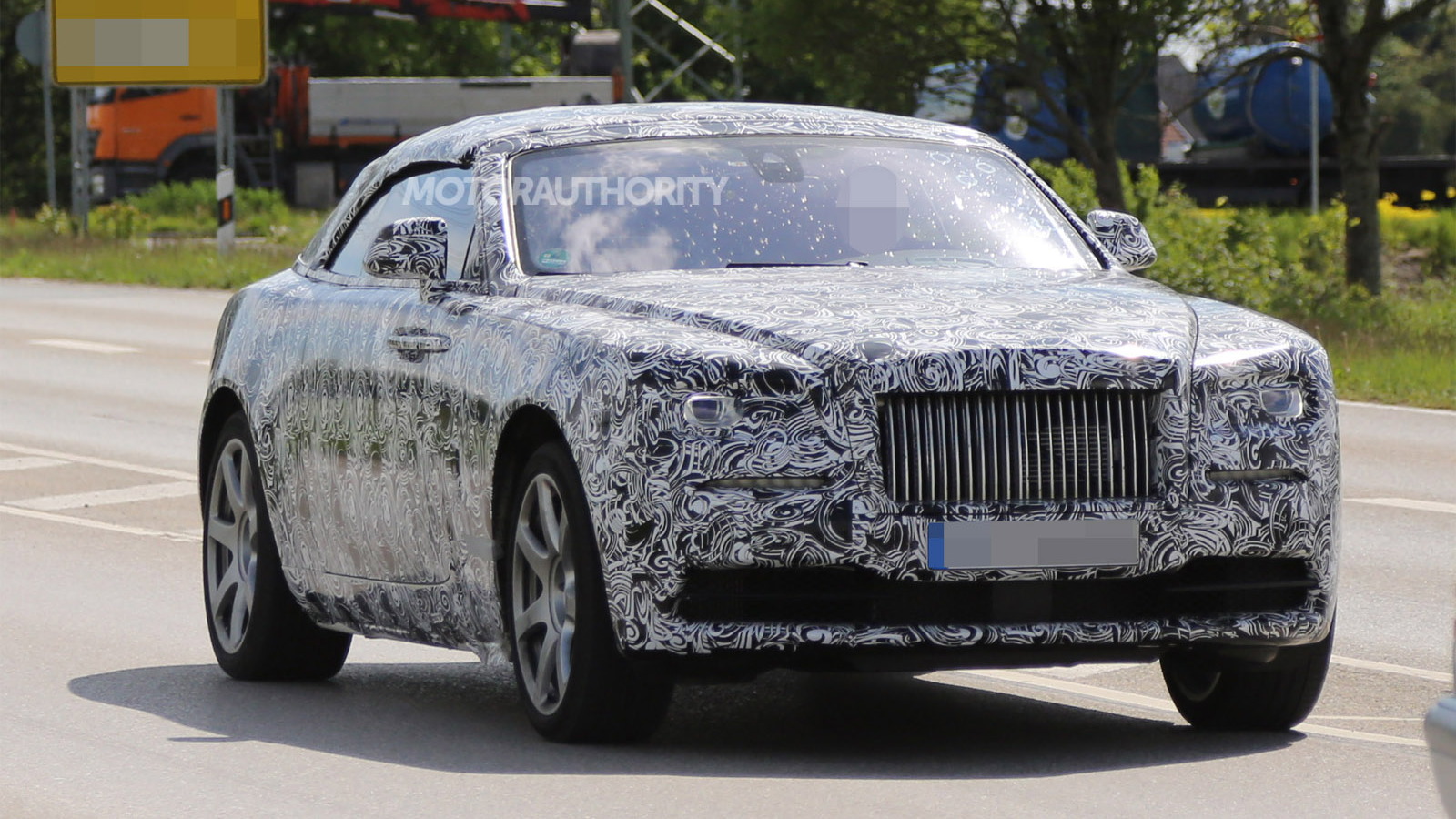 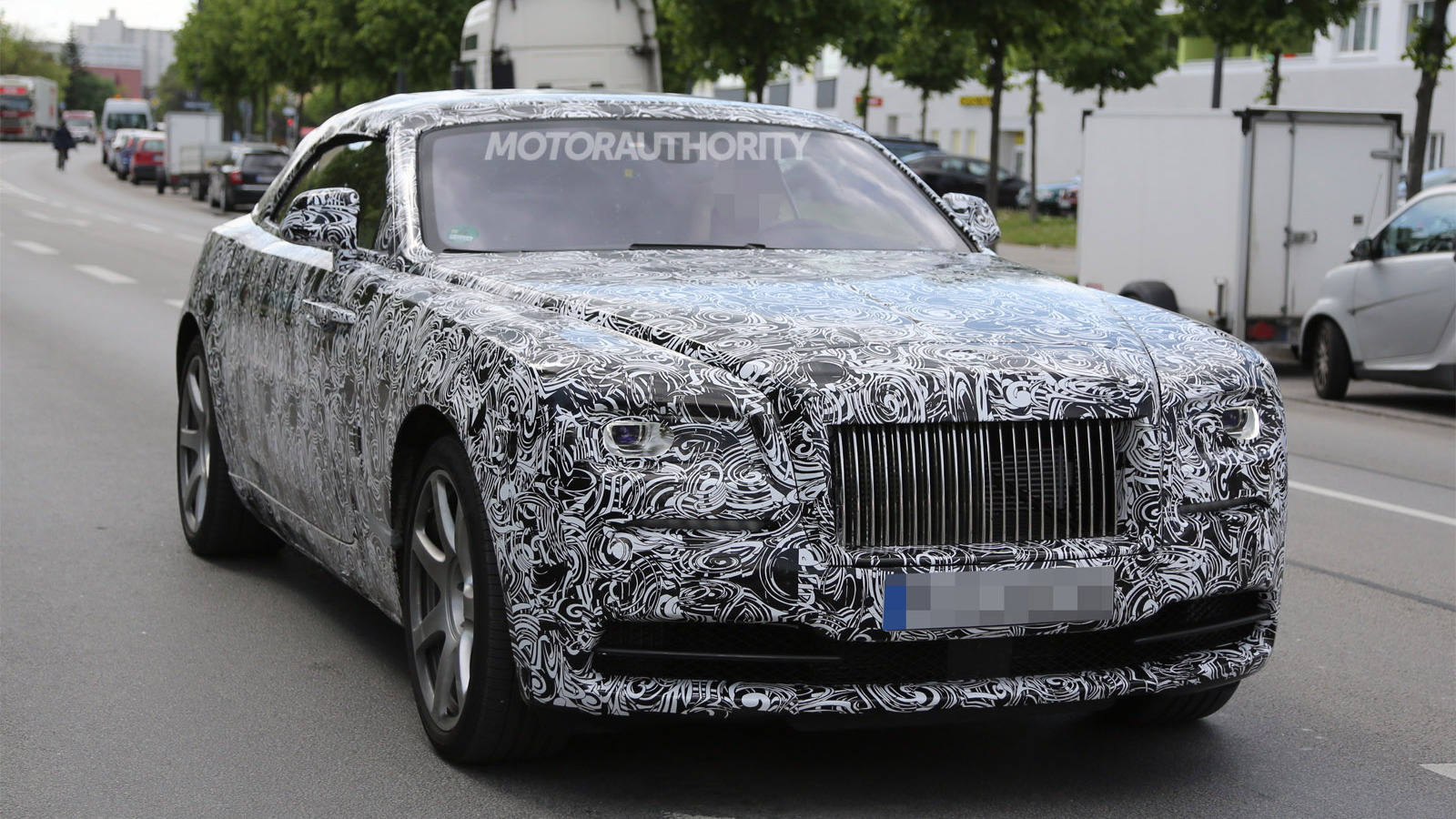 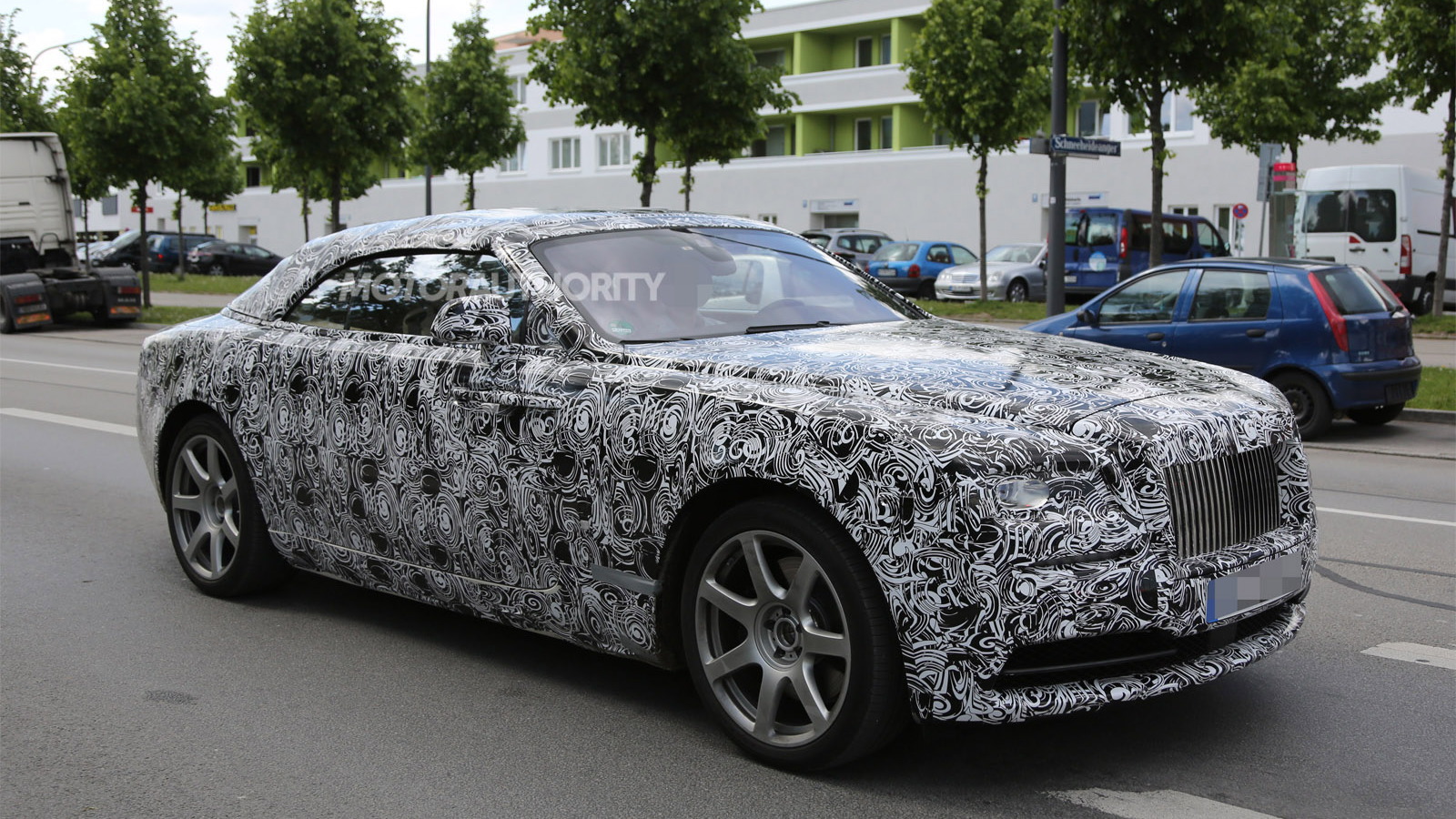 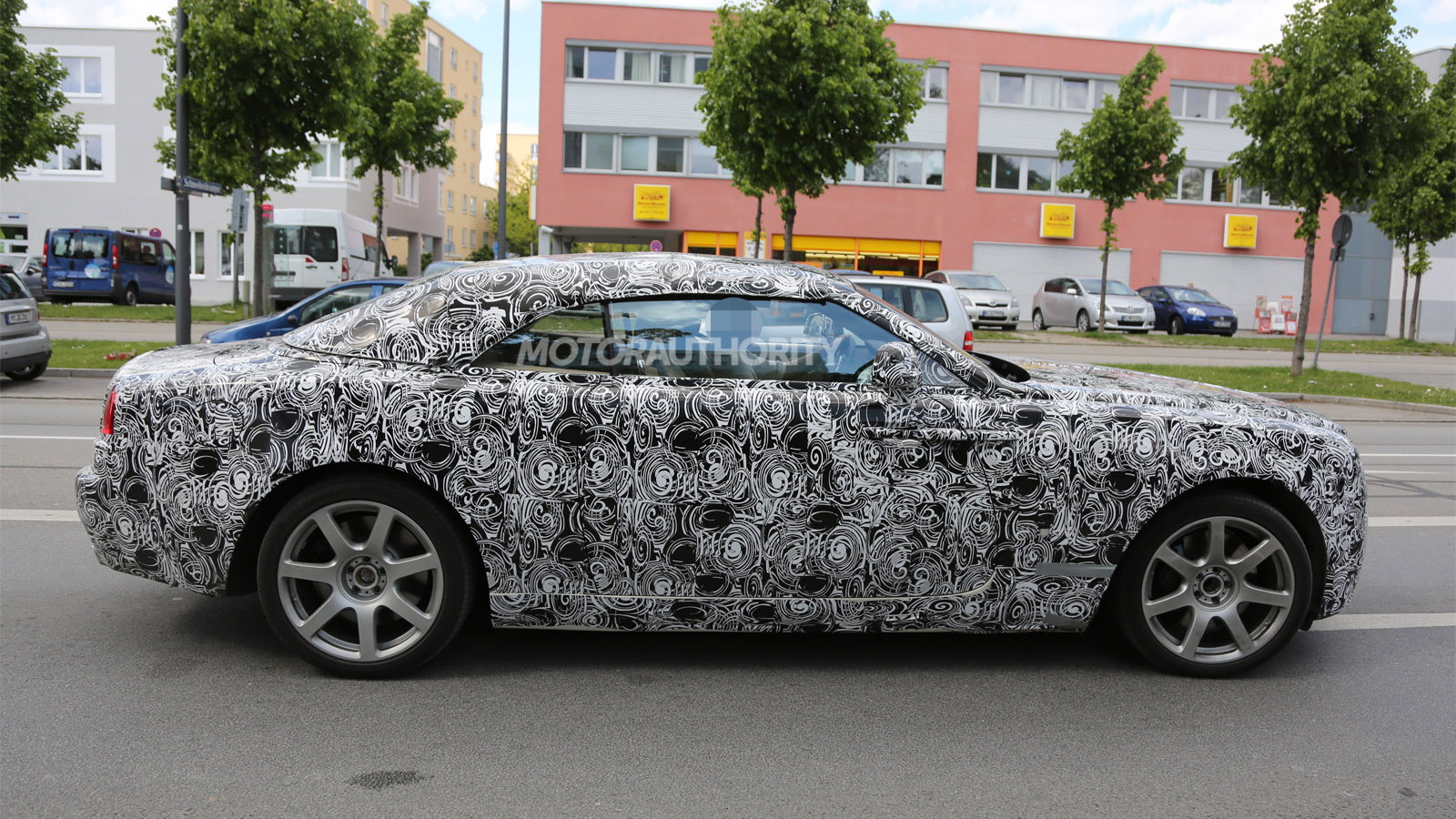 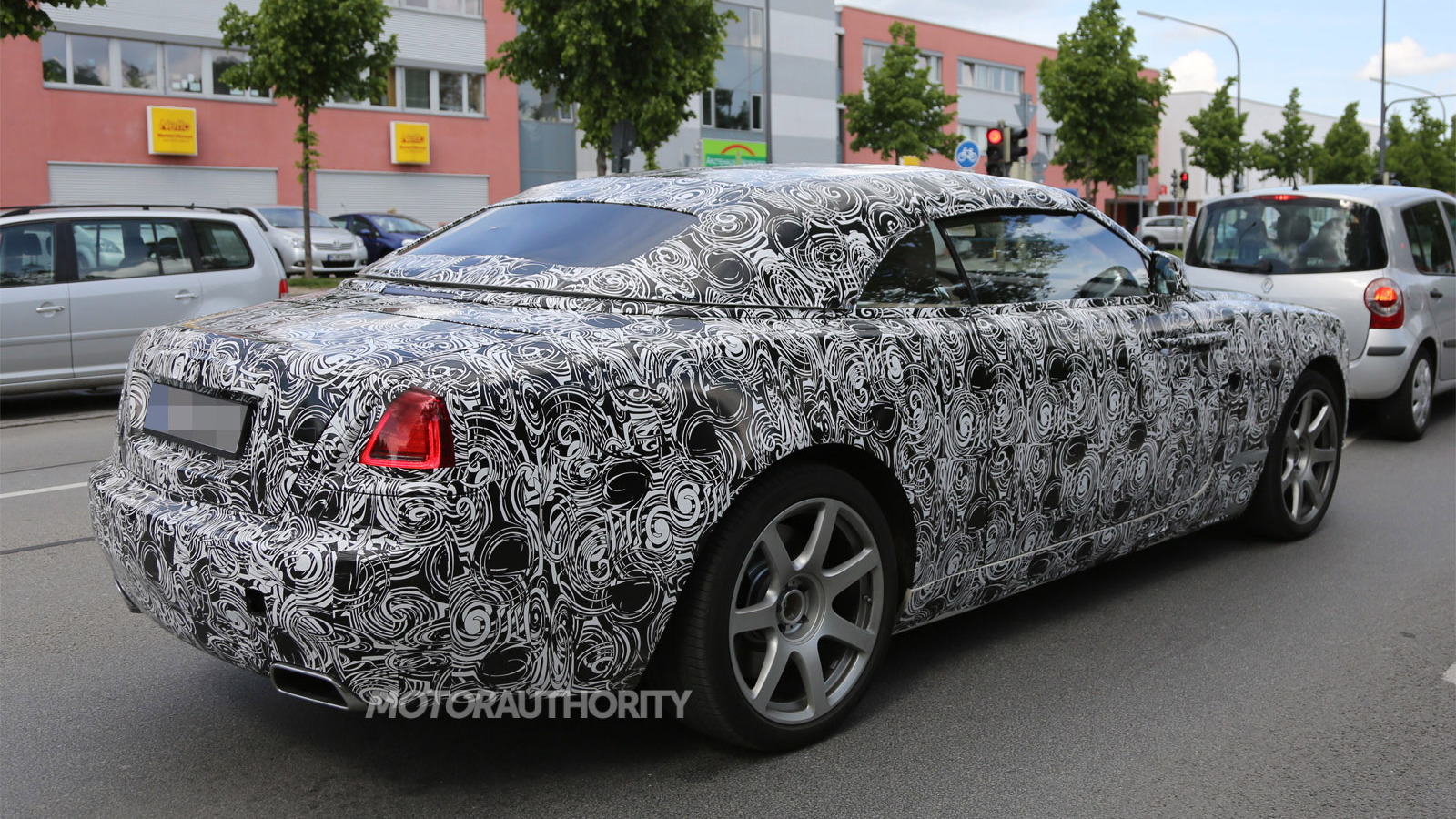 Rolls-Royce has confirmed that its upcoming Wraith convertible, or drophead as the automaker refers to its open-top models, will revive the illustrious Dawn nameplate. The car was shown this week at a special dealer meeting in Los Angeles and is set to go on sale early next year, as a 2016 model.

The first Rolls-Royce Dawn was the Silver Dawn of 1949. It was the first Rolls-Royce to be offered with a factory-built body and just 28 of them were dropheads, built between 1950 and 1954. Now there’s a new Dawn, and we’ll most likely see it for the first time at the 2015 Frankfurt Auto Show in September.

No additional info on the new Dawn were released but spy shots of prototypes give away most of the details. They confirm the car will look much like the Wraith but with a unique, retractable roof, most likely a soft-top like on the larger Phantom Drophead. Aside from the roof, a handful of other visual differences will distinguish the car from its Wraith doppelgänger, including a slightly altered rear end. The rear-opening coach doors should remain, however.

Also staying put will be the Wraith’s twin-turbocharged 6.6-liter V-12, rated at 624 horsepower and paired with an eight-speed, satellite-aided transmission. In the Wraith, this combo is good for 0-60 mph acceleration in 4.4 seconds and a governed top speed of 155 mph. Similar figures should be afforded to Dawn buyers.

“Our new Rolls-Royce Dawn promises a striking, seductive encounter like no other Rolls-Royce to date,” CEO Torsten Mueller-Oetvoes said in a statement. “Dawn is a beautiful new open-top motor car with a name that suggests the fresh opportunities that every new day holds—an awakening, an opening up of one’s senses and a burst of sunshine.”