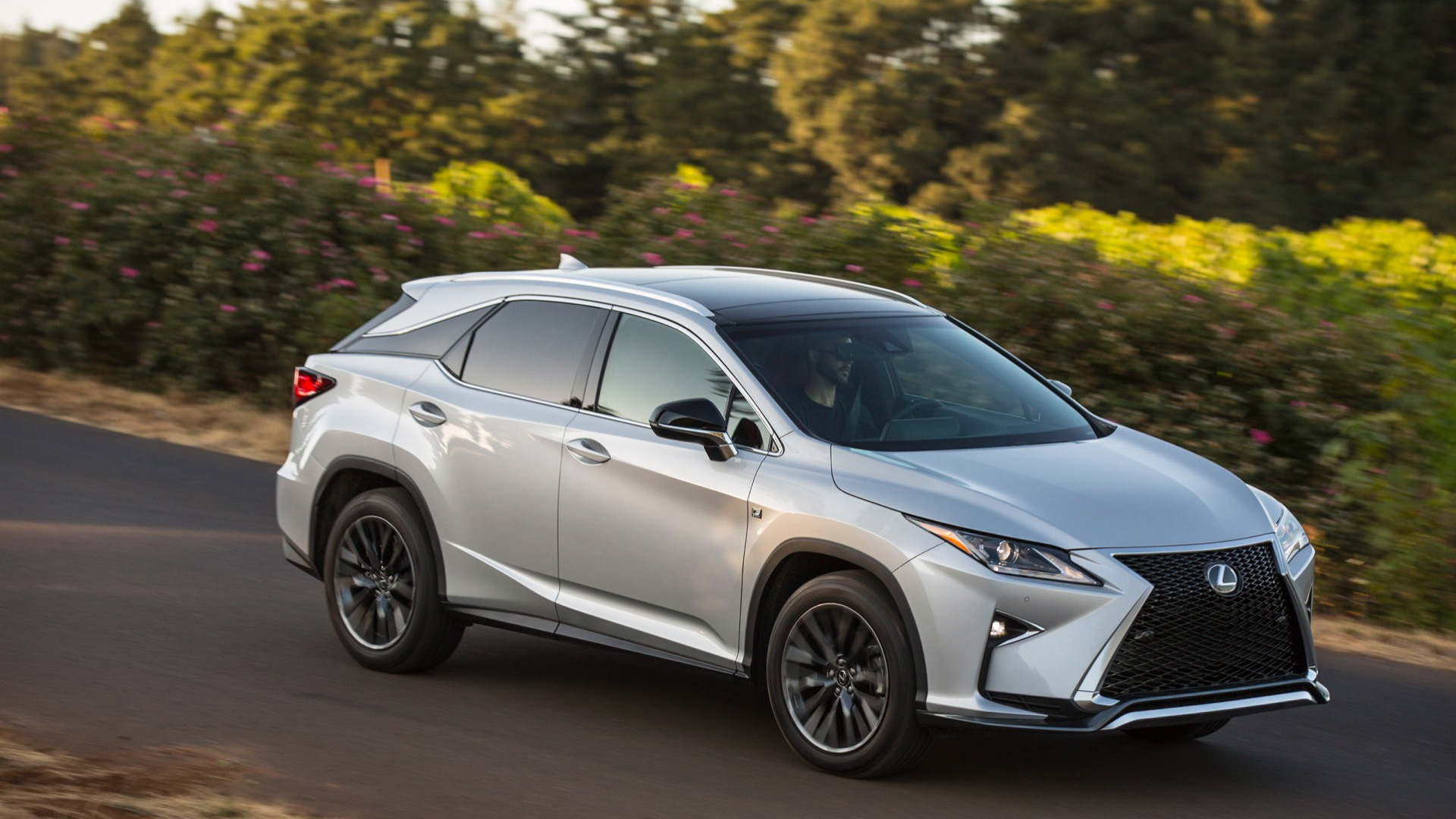 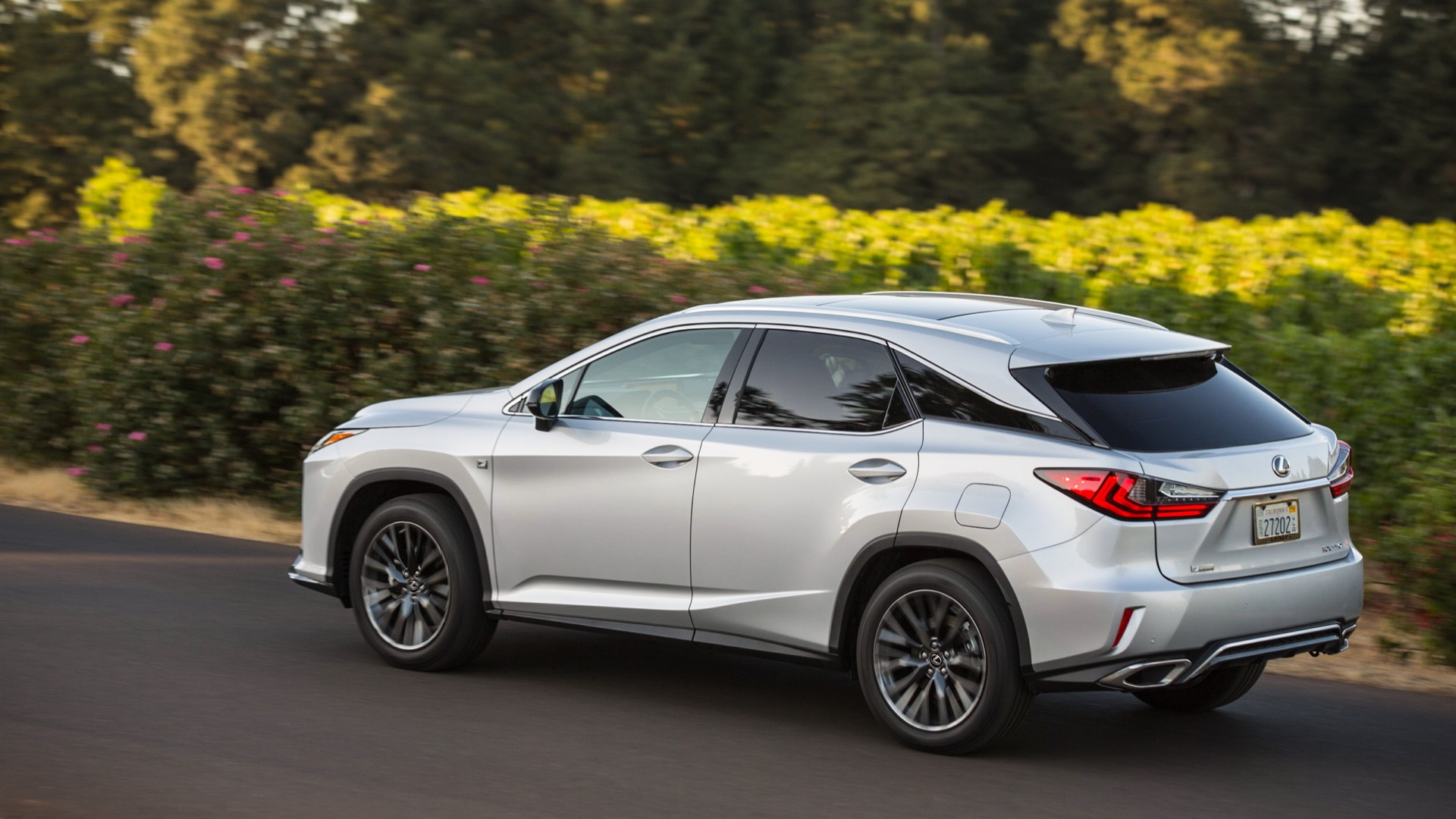 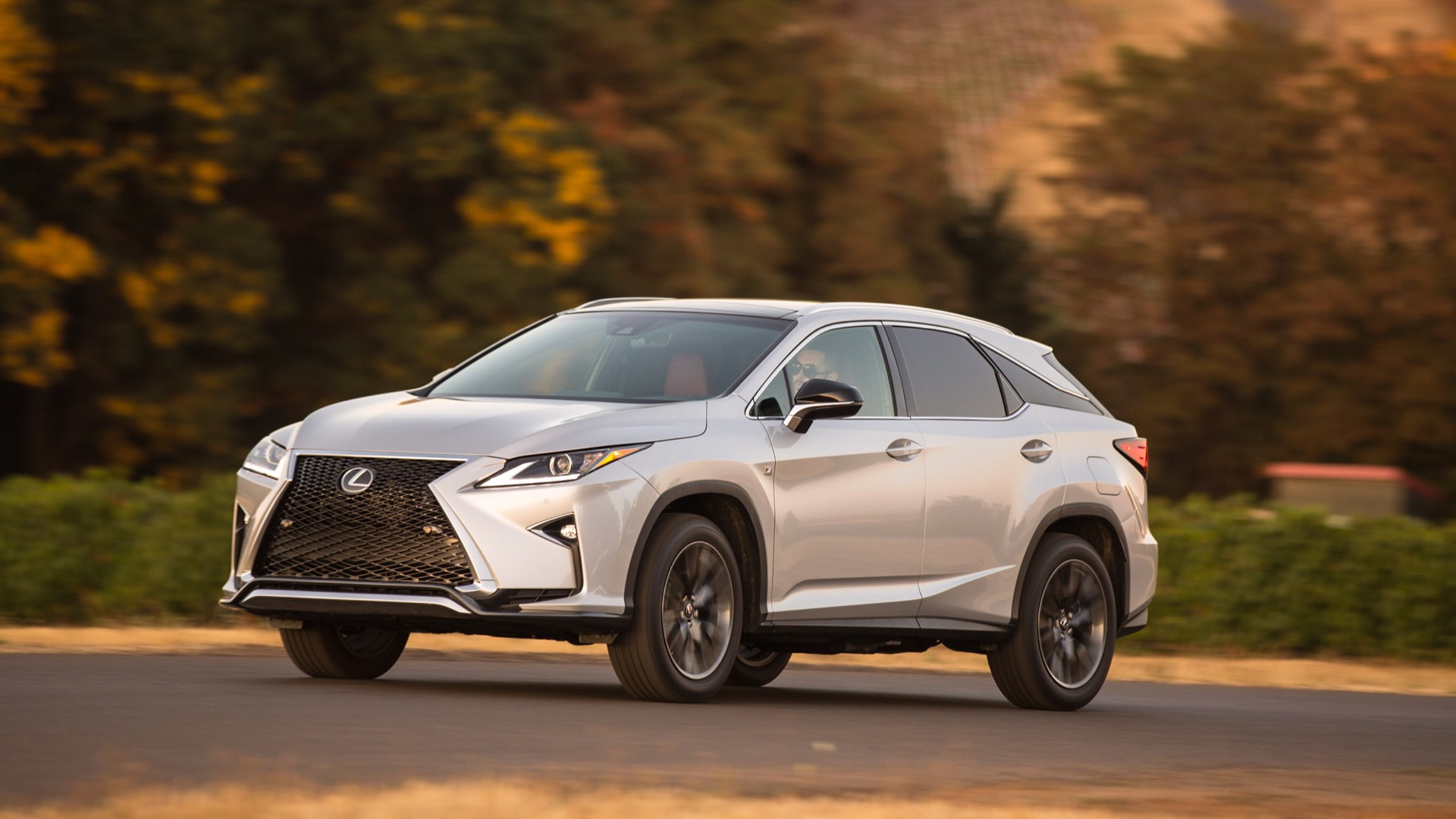 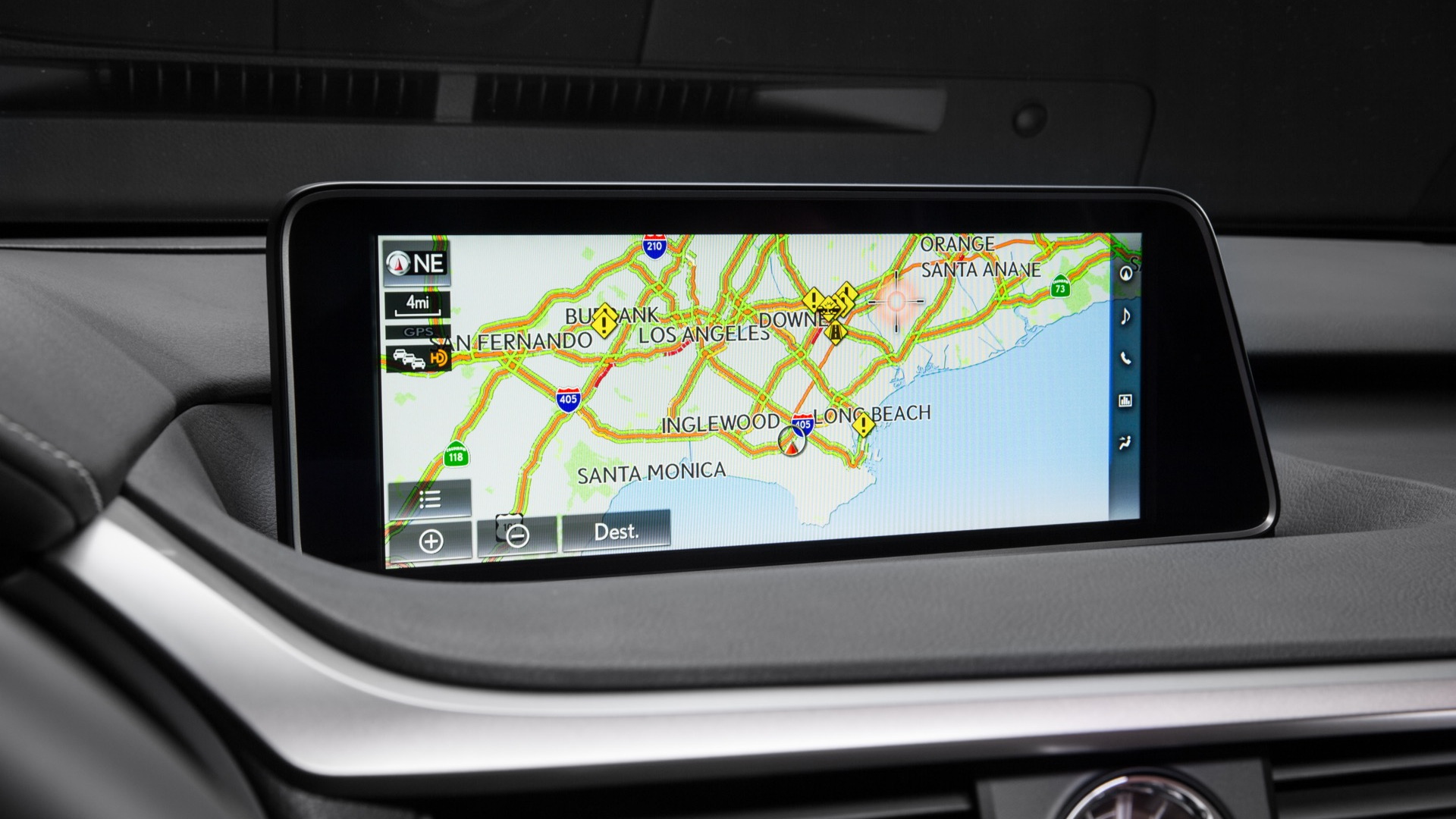 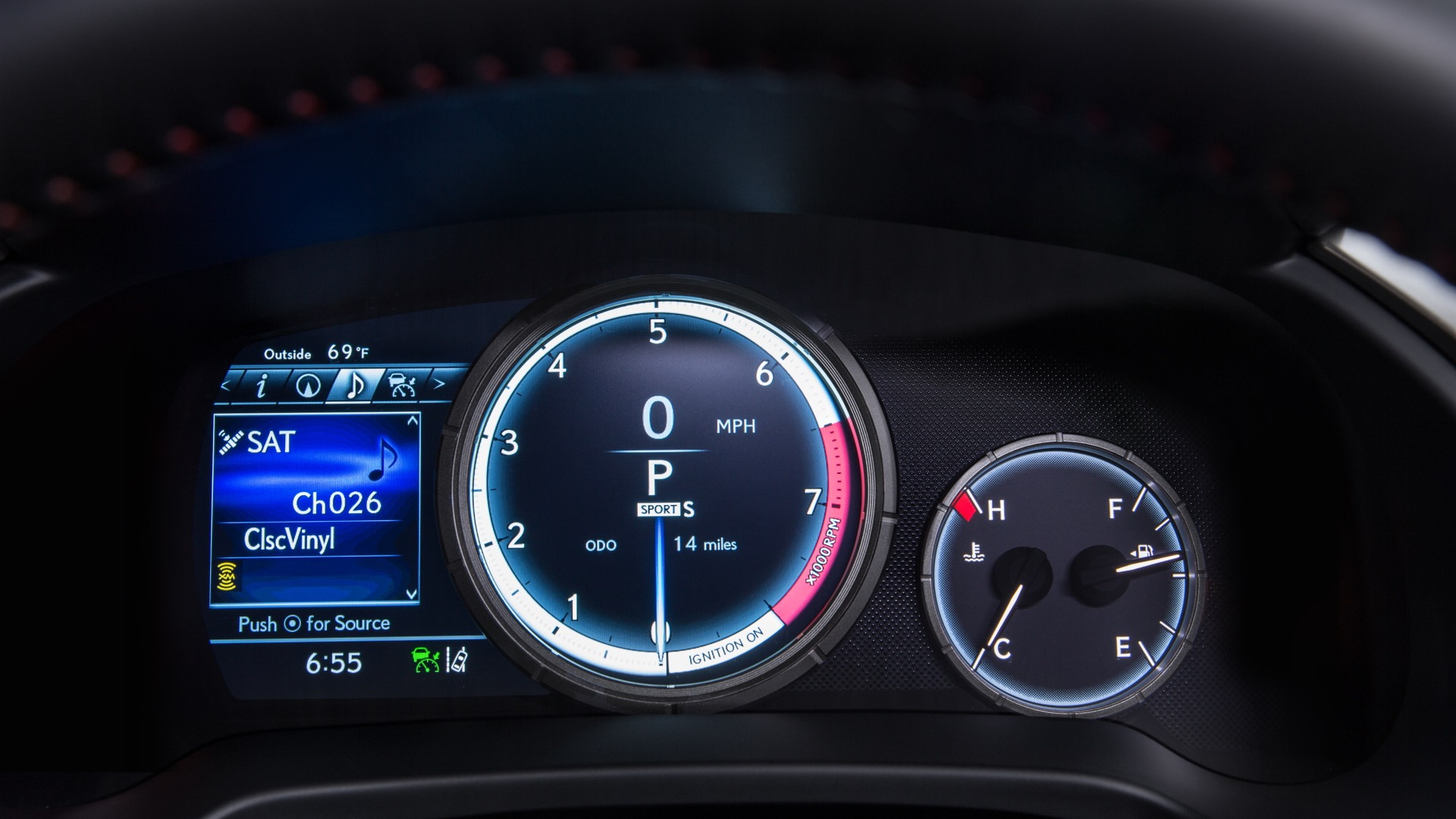 In a market in which luxury brands are seeming queuing up to change naming strategies for their vehicles—Infiniti, Mercedes-Benz, and Cadillac, for example—the 2016 Lexus RX lineup carries forward with the same familiar RX 350 and RX 450h (hybrid) badges.

Truth is, it’s changed so dramatically that Lexus really doesn’t need to change badges on the RX. The entire vehicle is a moving testament to how dramatically the brand is pushing change, and a new dose of extrovertedness, into its lineup—shepherded firsthand by Toyota Motor Corporation president and CEO Akio Toyoda.

Lexus uses the word ‘bold’ a lot in describing the new RX, but it’s an especially bold move in itself to be changing the long-established, best-selling model of the lineup so dramatically.

Out with the jellybean, in with the single-origin chocolate

This generation seems to simultaneously throw out what remains of the utilitarian ‘jellybean’ look of the original, and swap some of the glossiness it’s always presented throughout with finer, warmer details, and more of a precise look inside. But if you don’t see a cohesive design in the RX, you’re not alone. It sure isn’t the smartly dressed wallflower that the outgoing model is.

We think it looks like a mashup—a seemingly merged result of two or three design inspirations that somehow work when they’re all together. It’s very expressive and engaging, and interesting that through its lipped wheel wells and lower-body treatment it’s actually teasing odd influences of the SUV cues that have always been eschewed by the RX.

Keep in mind, if you’ve seen this model in pictures, that the exterior holds up better in person. And with all the complex surfacing work gives this model seemingly a slightly different look wherever you go, based on the way the light hits it. At the very least, the sheetmetal looks better under natural light than under the bleak white lighting of an auto-show stand.

The design is no doubt at its most dramatic in sporty F Sport form, where the bigger wheels and dark metallic finishes—as well as the crosshatched, blacked-out grille and sporty details inside, altogether help this design achieve a more serious, almost menacing look.

F Sport takes the personality to its peak

The F Sport is also the way to go if you want various other important performance upgrades, like a sportier suspension tune, front sport seats, and the Adaptive Variable Suspension system—as well as new driving modes that include Sport S and Sport S+ settings, affecting steering, suspension, transmission and throttle response, and the behavior of the all-wheel drive system.

That’s the model we headed to, after sampling the ‘lesser’ models of the lineup, which are perhaps a bit more pleasant-riding and progressive, because of their higher sidewalls and the greater degree of body lean that’s allowed.

One of those lesser models worth considering, if for a moment, is the 2016 Lexus RX 450h F Sport. Here, the high-mileage hybrid model, with its electrically driven rear wheels, is for the first time offered in edgier F Sport guise. While that does make the driving experience a little more engaging, and the hybrid’s 308 combined system horsepower makes this model just as quick as the gasoline-only model (exactly, by official times, at 7.9 seconds to 60 mph, with all-wheel drive), we’d pinpoint three reasons why it’s not as great of a drive.

The first of those is that while F Sport models get steering-wheel paddle-shifters, the planetary-drive system in the Hybrid still won’t allow you to hold a firm gear ratio; it instead allows you to vaguely raise the revs higher than they were before you clicked the left paddle, for instance. Secondly, the 450h is quite a bit (about 350 pounds) heavier, and it drives that way, with a more ponderous feel when you’re trying to make a quick change in direction (or tackle a hairpin curve).

Finally, it’s worth noting that Hybrids have somewhat higher seating in back (because the battery pack resides underneath). While Lexus has changed the seating angle and made sure that the second row is just as comfortable, taller riders are short an inch or two versus the RX 350 and may be pushing up against the moonroof enclosure if so equipped.

As sharp and responsive as a roomy comfort crossover can be

Stepping back to the model that best embodies this change of priorities for the RX—the RX 350 F Sport—it drives surprisingly light and responsive relative to other models in this class. Curb weights are down about 100 pounds versus the previous generation —closer to 150 pounds if you compare the new RX 350 F Sport to the previous version in that same guise.

In recently pushing that model through the paces on some tightly curved mountain roads outside Portland, Oregon, we found the F Sport’s body control to be really quite good, with a suspension that loads and unloads with aplomb (it’s usually the weak point for taller, larger crossovers) and an engine and transmission that feels on top of its game in the Sport S+ mode.

In short, the RX no longer feels like a vehicle that’s saddled with weak-kneed, somewhat queasy handling in the name of pillowy ride comfort. But we wouldn’t call it quite as willing to dance in the corners as the Acura MDX—a vehicle with superb ride quality and handling, albeit with a little more interior noise.

The cabin stays as quiet as you’d expect for an RX—very much so—except when you do press hard on the accelerator you hear the engine a bit more. That’s intentional, and in F Sport models there’s some intake noise piped in (via a Sound Creator).

The only thing that we’d use the Customize mode setting for is to manually get the normal or comfort steering setting back while keeping the sporty powertrain calibration; that’s because while the sportier steering setting introduced a heavier steering weighting, it completely erases what little steering feedback there is. In its lighter setting, you do get some.

As for the F Sport models that we spent the most time with, they also add a unique steering wheel with paddle shifters, aluminum pedals and scuff plates, and F Sport gauges (that in the Hybrid bring a tachometer into frame, rather than a sweeping power gauge). Racy Rioja Red leather seats are also an F Sport exclusive.

The RX cabins are a great place to while the miles away when you’re not tackling the corners, too. The dash and door trims of the new RX follow the look established by the latest GS and IS sport sedans—thankfully much more than the somewhat over-the-top, edgy-and-layered look of the smaller NX crossover. There are some nicely drawn, assymetrical curves framing the center stack (which is canted toward the driver) and the center console, which has its own unusual upkick and curve on the right side, angling it over toward the driver.

It’s a neat, well-designed place, and definitely less cluttered than some of Lexus’s other interior efforts of the past few years—with subtle colors (except for that Rioja Red), matte-black and matte-metallic trims combining to have the intended effect of being luxurious, as well as a good deal sportier than before.

This time, Lexus wants to make clear that none of its models—not even the venerable RX—are going to be written off as comfort models that don’t cater to the driver. The 2016 RX wears that mission statement through and through, and it makes some great leaps—most of them for the better.

The RX is far more than a luxury placebo this time around; now it's a prescription worth re-upping.