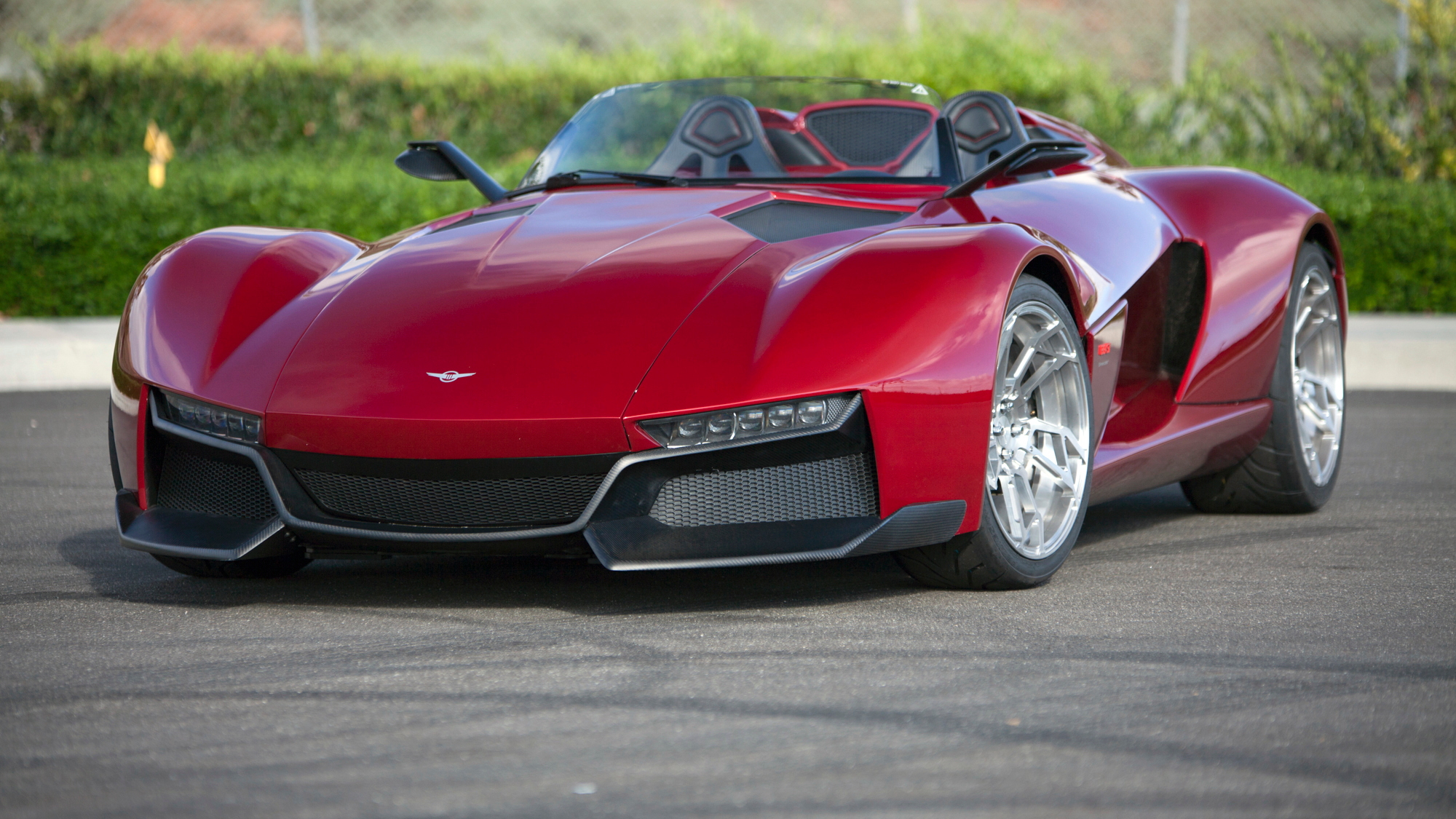 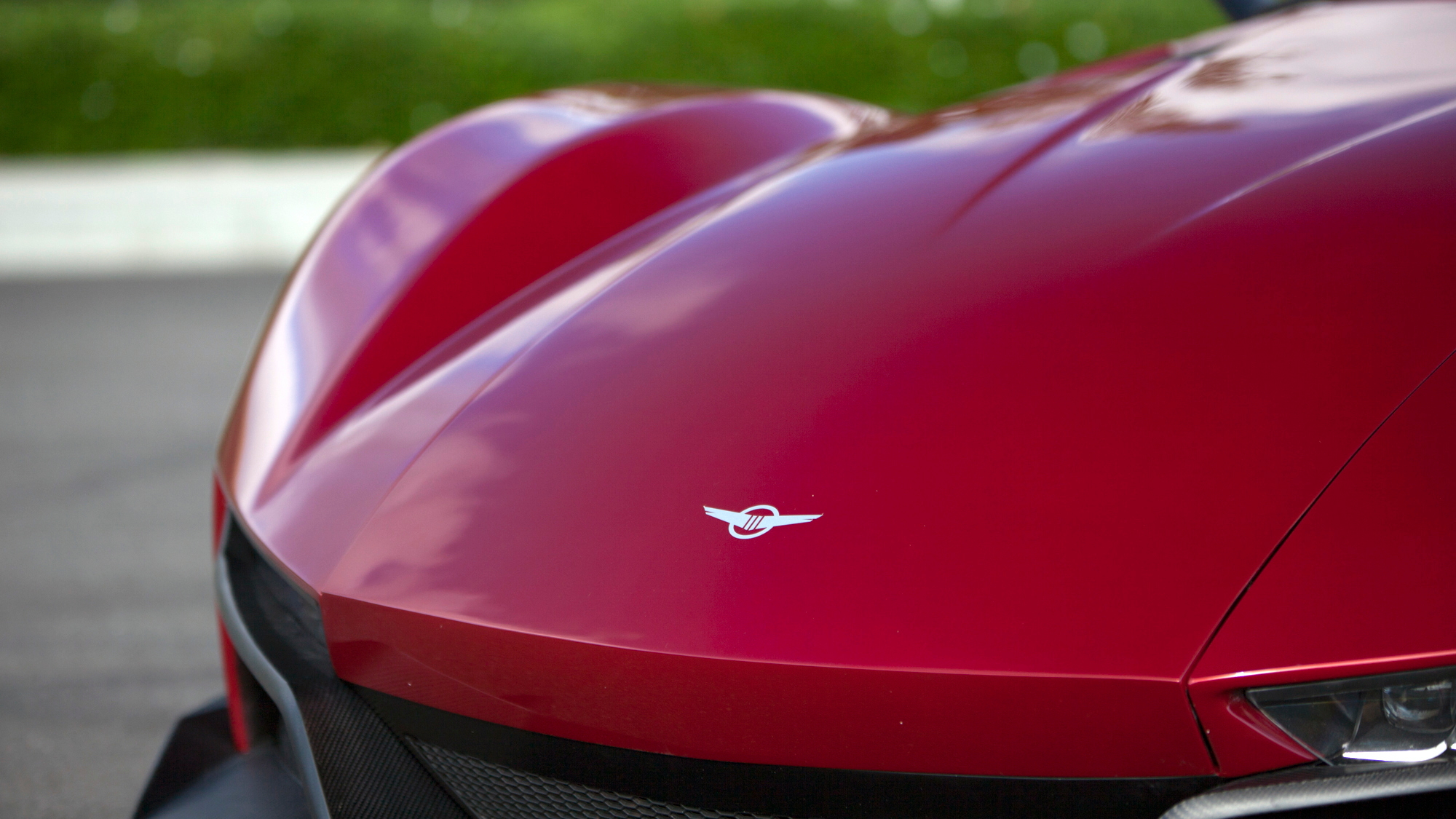 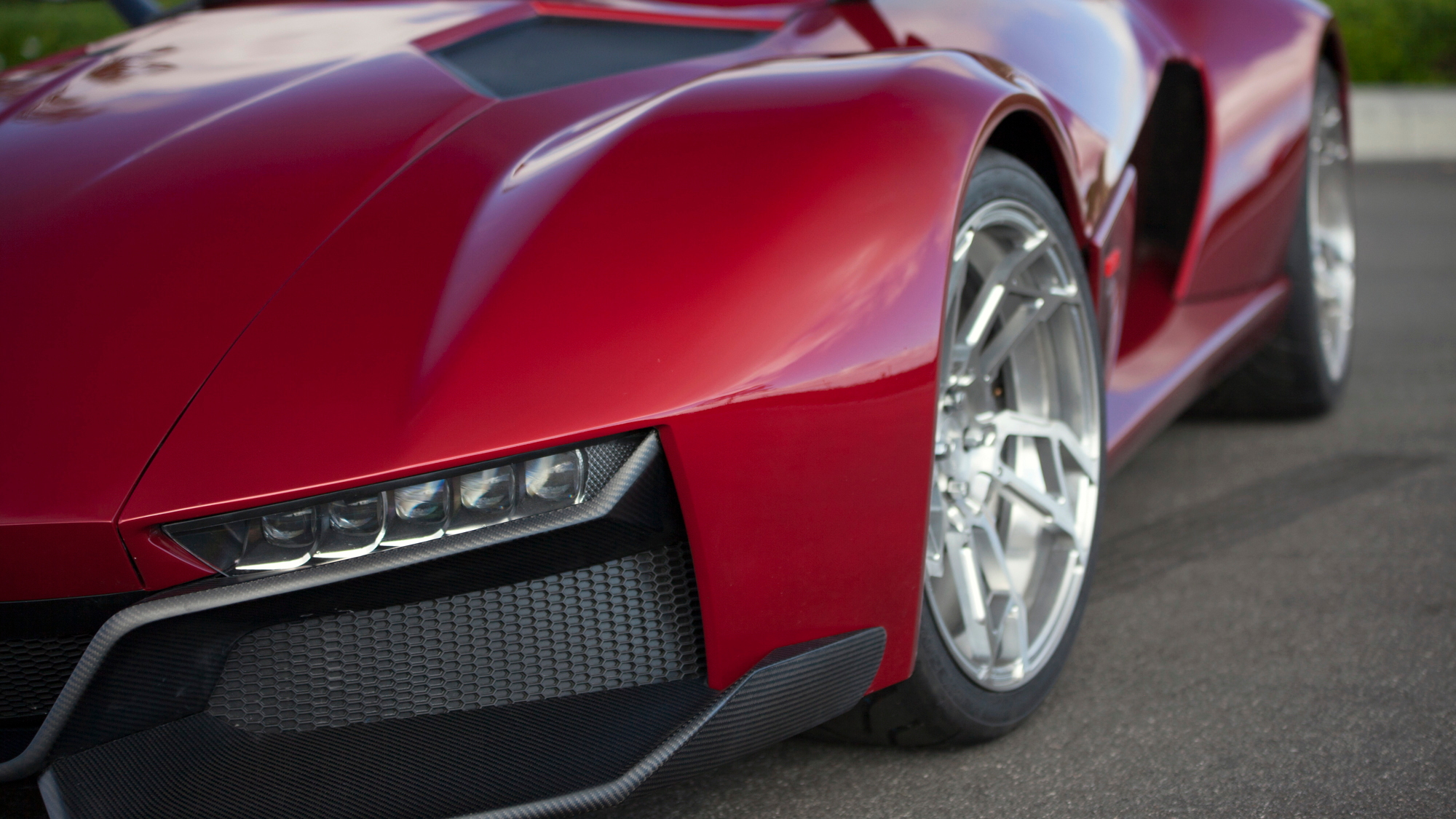 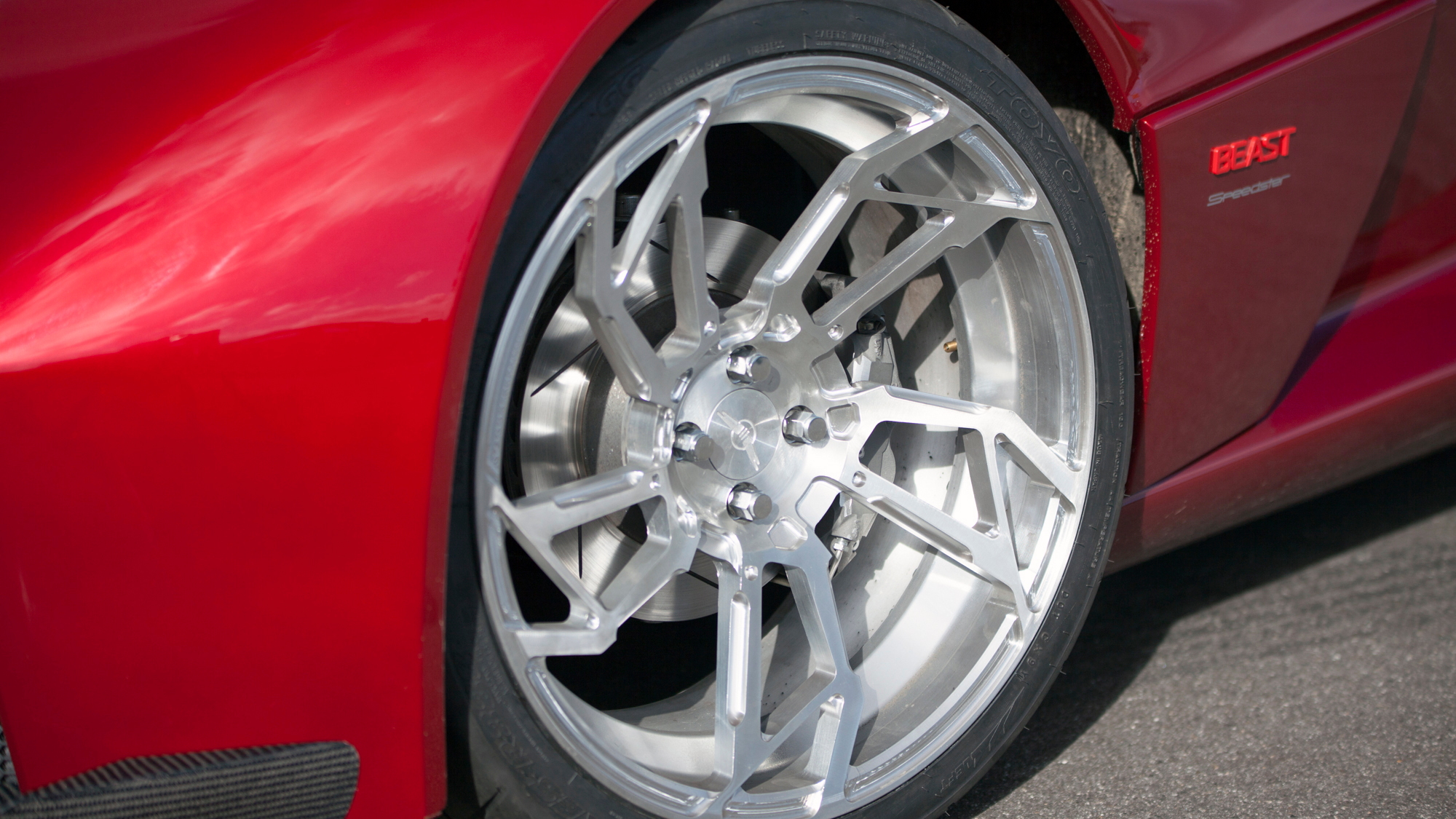 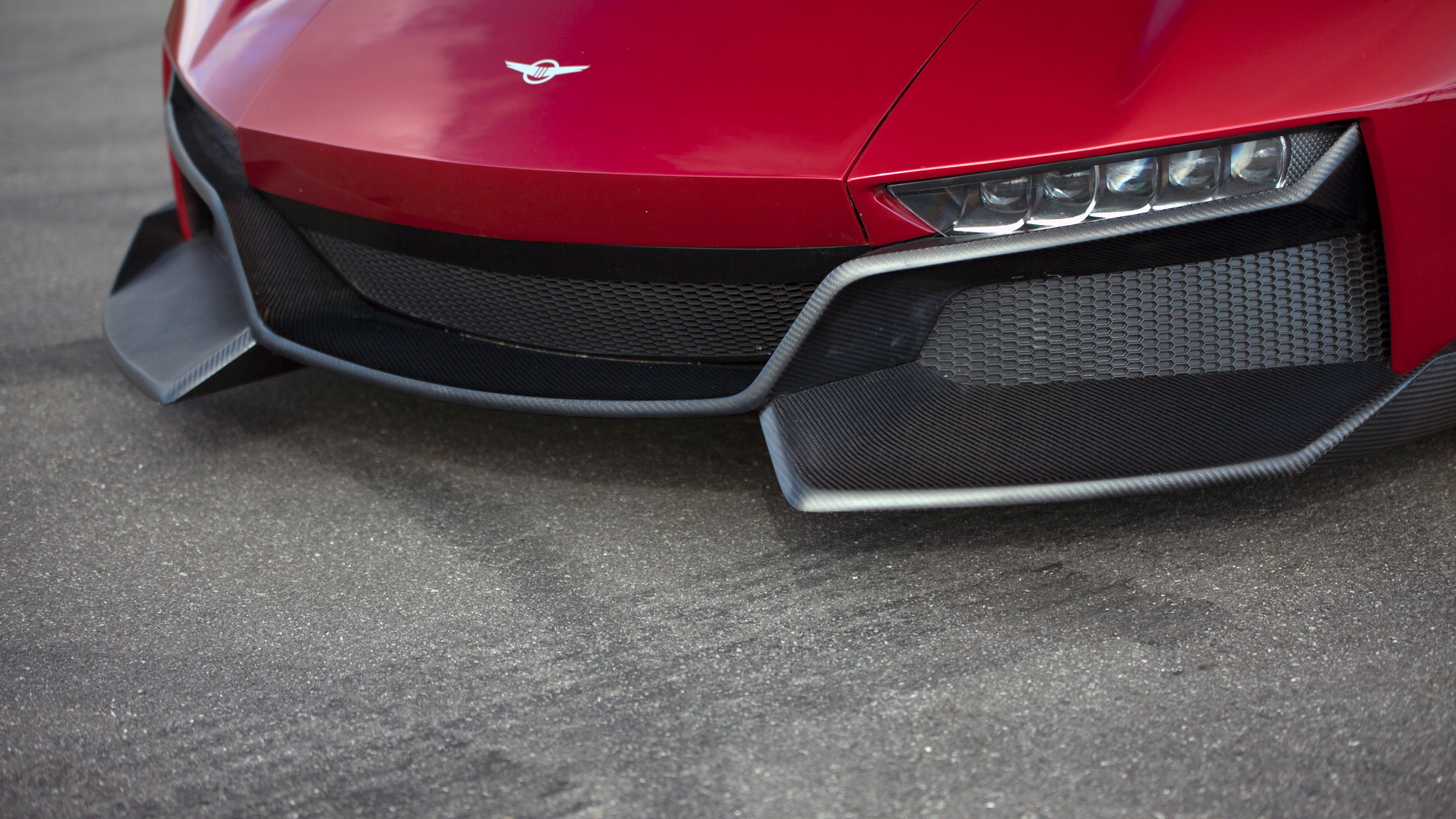 Remember when you used to order your chassis or vehicular platform, and then find someone else to build your body? No? That's not a surprise because the art of coachbuilt cars has faded away a bit. They're still out there but they're typically extremely rare play things of the rich that are meant to take the main stage at Pebble Beach in 50 years. There's a new kid on the coachbuilt block, however, and his name is Ferris Rezvani. His current creation? It's called the Beast.

We've heard about the car before, and to be totally honest we were a bit skeptical that it would ever see its way to the street. This is, at its core, a kit car... based on what's essentially another kit car. Still, Ferris Rezvani is clearly determined to bring his design to life and he's done just. The first car is a 500-horsepower roofless beast of a machine that sees an Ariel Atom beating just beneath its carbon fiber skin. That car was sold to Chris Brown. We're driving the second Beast to be built, officially the Beast Speedster, and unfortunately it's only packing 300 horsepower. The good news? The damned thing weighs in at just 1,650 pounds. Power to weight, say hello to G forces and screaming.

WATCH: Koenigsegg Founder Races A Bugatti Veyron Against His Own CCXR: Video

Rezvani builds its Beast upon the back of the Ariel Atom 3. This is a tube-chassis vehicle that comes as raw is it can be. We're talking about no power steering, no power brakes, no traction control, and a surprising lack of cupholders. A Beast customer works with Rezvani to order an Atom, which then comes in to be transformed into a Beast. This means the addition of carbon fiber body panels, a dash panel, a bit of padding on special carbon fiber bucket seats, and an actual sound system thanks to the addition of an Alpine unit that boasts Apple Car Play.

It also means a bit of extra engineering, because Rezvani widens the track and stretches the wheelbase a little bit. The Atom is a fairly twitchy track toy, as it rides on the ragged edge, but the Beast enjoys a slightly more relaxed ride. And by relaxed, we mean they've turned it down from 12 to 11 on that proverbial cliche scale of 10. You feel every pebble, bump, and imperfection in the road that rises from the sticky rubber up through the steering system and out through an extremely lightweight carbon fiber steering wheel. Both hands are required at all times, or the front track will wander along whatever not-race-track-perfect surface you're driving. The brakes also require a hefty dose of effort to really haul in the speed, as there is none of the assistance we've come to be content with via pretty much every modern car.

Still, it's not standard Atom driving experience either. Rezvani has actually done the real coachbuilt move and taken an existing platform and then transformed it into something a bit different. It's not ant tamer than an Atom, but it might be more exotic yet also more livable at the same time. There is real bodywork. You can connect your phone to a Bluetooth system. It's less likely to attract cops asking for your DMV paperwork to make sure it truly is street legal, believe it or not. It looks a bit Lamborghini-concept-esque, but that helps it stay under the 5-0 question-asking radar... barely.

Our time with the Beast was brief but we did learn a good deal about the company and the man behind the new brand and machine. Ferris loves designing. He's not an engineer, so he hasn't set out to reinvent the hypercar in the way that someone like Christian von Koenigsegg has. Instead, Ferris Rezvani wants to bring his design ideas to life by utilizing existing platforms and parts to suit his vision. This means starting with the Atom to build the Beast, and employing the headlights from Acura, custom wheels and rear taillights, and Alpine-sourced infotainment. It also means making great use of that oh-so wonderful Honda motor that sits just behind your back.

In the rear hatch of the Beast is a Honda K24 engine. It's connected to a six-speed manual gearbox but it's also paired with a Rotrex supercharger. The powertrain produced 300 horsepower for this Beast Speedster model, which pushes the super skinny machine from 0-60 miles per hour in just 3.5 seconds. We have no clue what the 500-horsepower version is capable of, but it must be insane. Not insane enough it seems... because Rezvani and his team are working on a 700-hp Beast X. We've already been invited back to try the 500 hp version out, and you can bet we'll be pressing to try the X version. Beyond that Rezvani wants to create other body designs on a number of other vehicular platforms. This means everything from coupes to near militaristic off-road vehicles.

The Beast we drove wasn't without issue. There are some panel fitment issues, but they're surprisingly minor for such a fresh car from a rookie automaker. That's mostly it, really. At a price point between $140,000 and $150,000, we feel like the Beast is a downright coachbuilt bargain. It's not a Lamborghini, it's not a Ferrari, and it's not going to have an equal at the local hot-spot valet. Yet it will be more exciting to drive thanks to its very raw race car on the street experience.

If this is the first car Rezvani has to offer, we're happy to see what Ferris and his team have in store for the future.