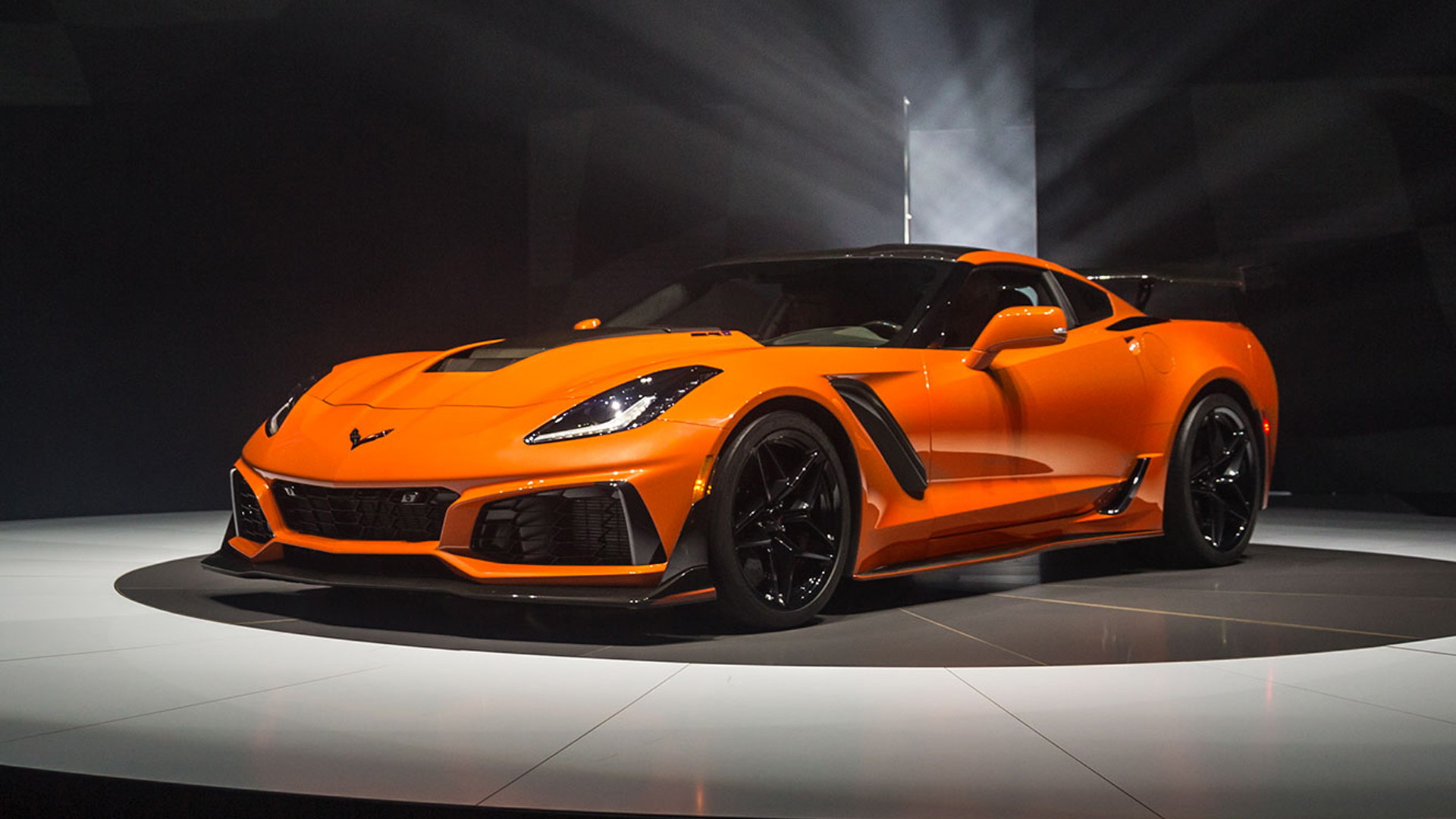 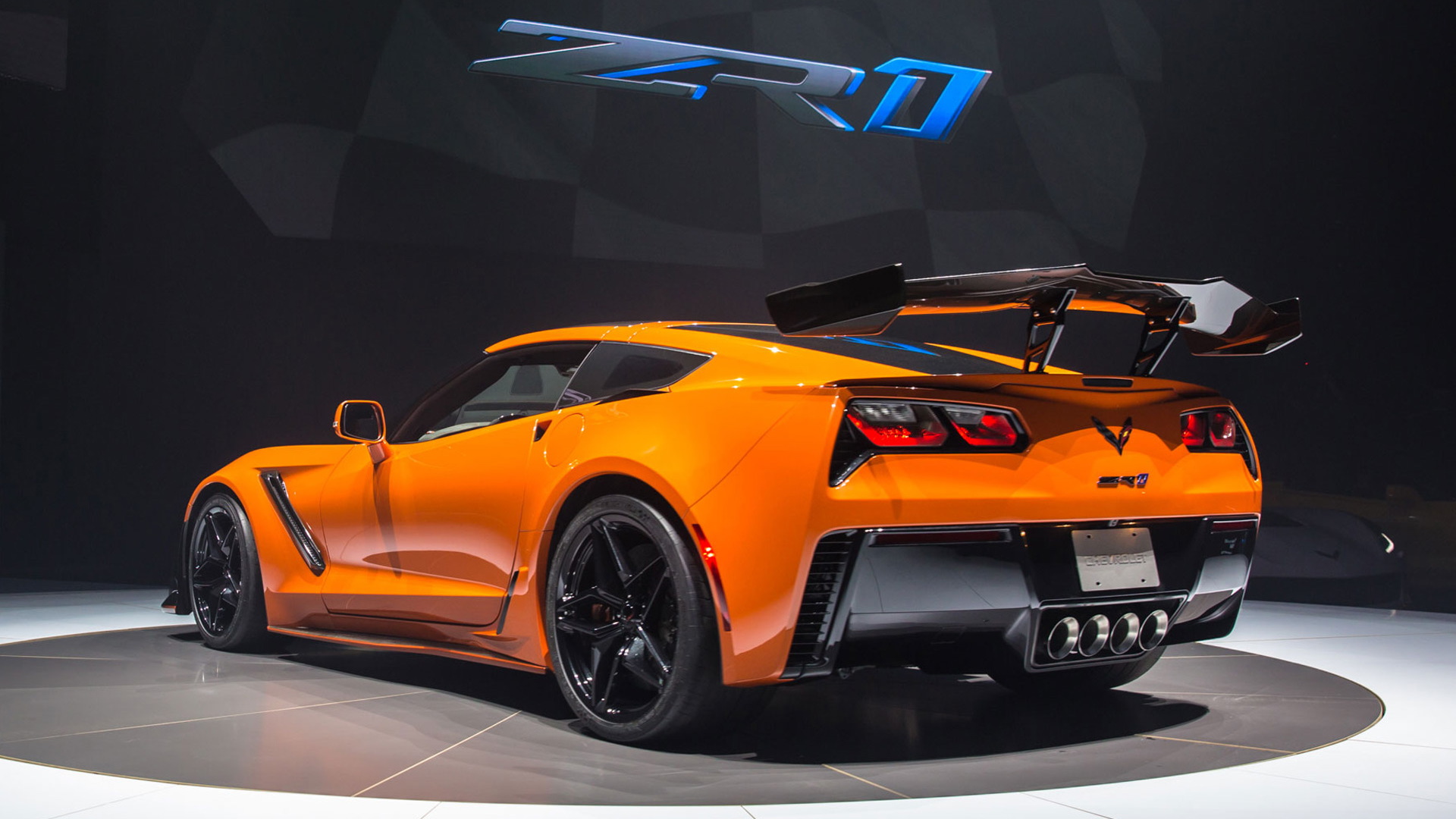 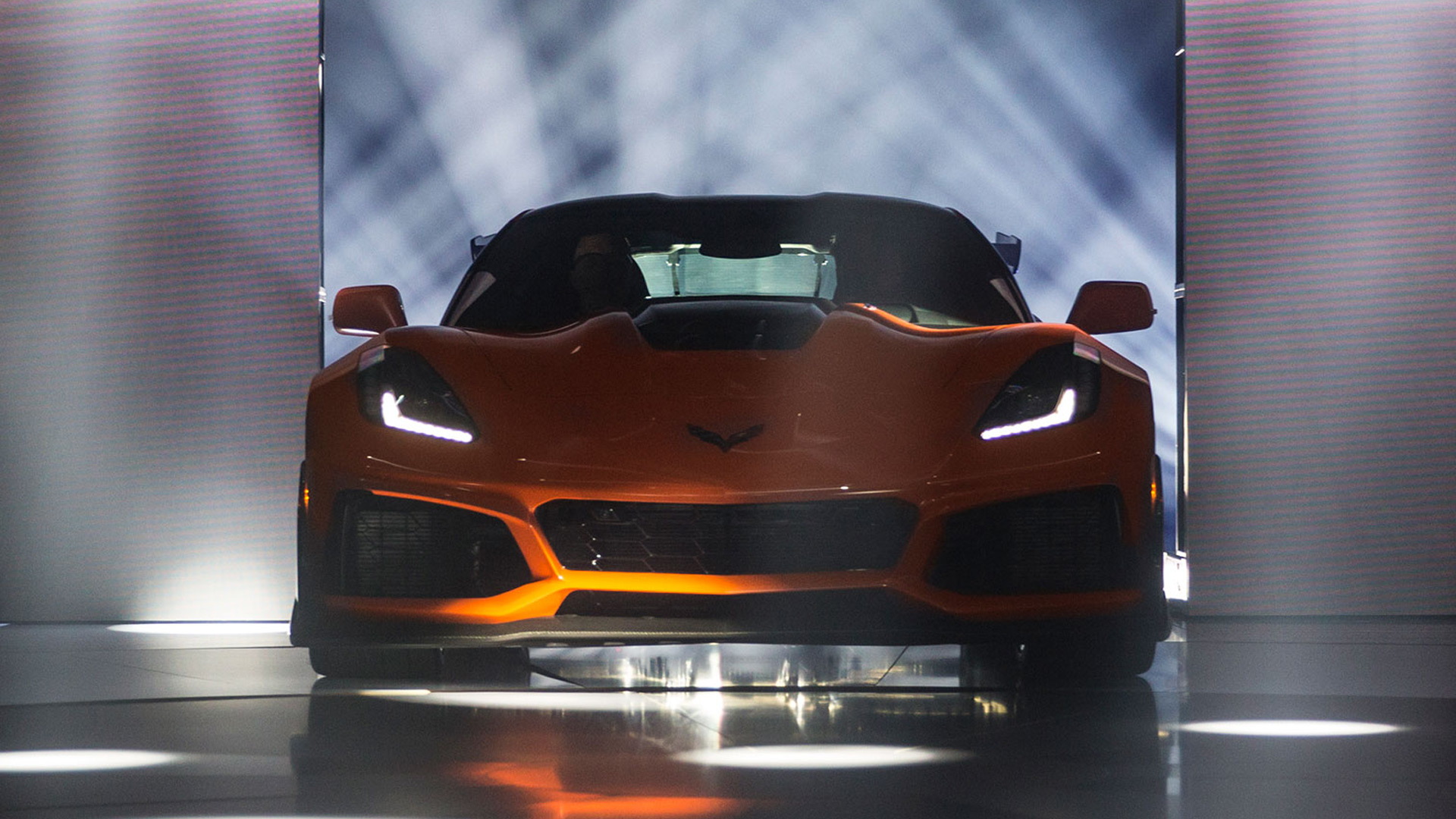 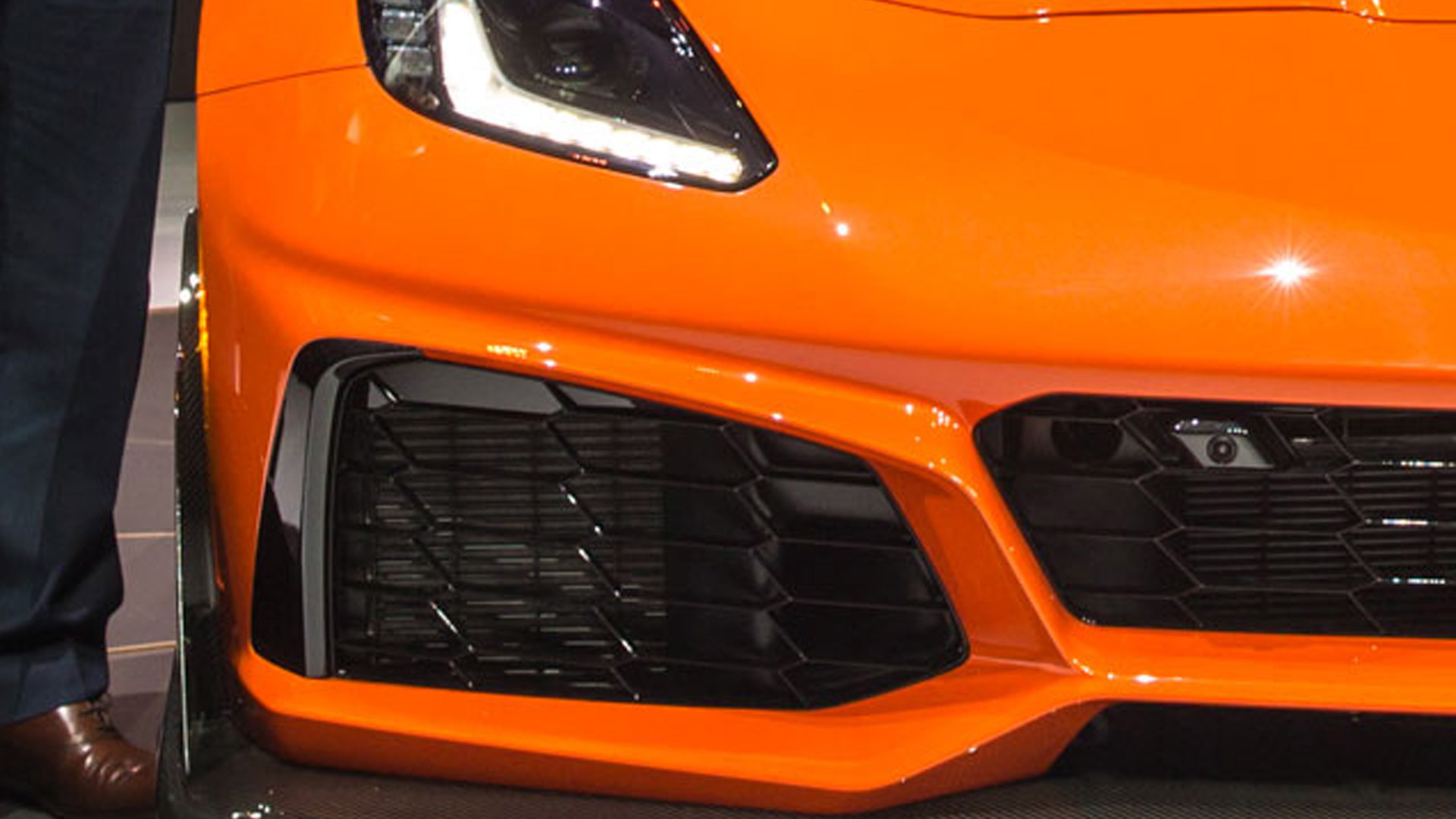 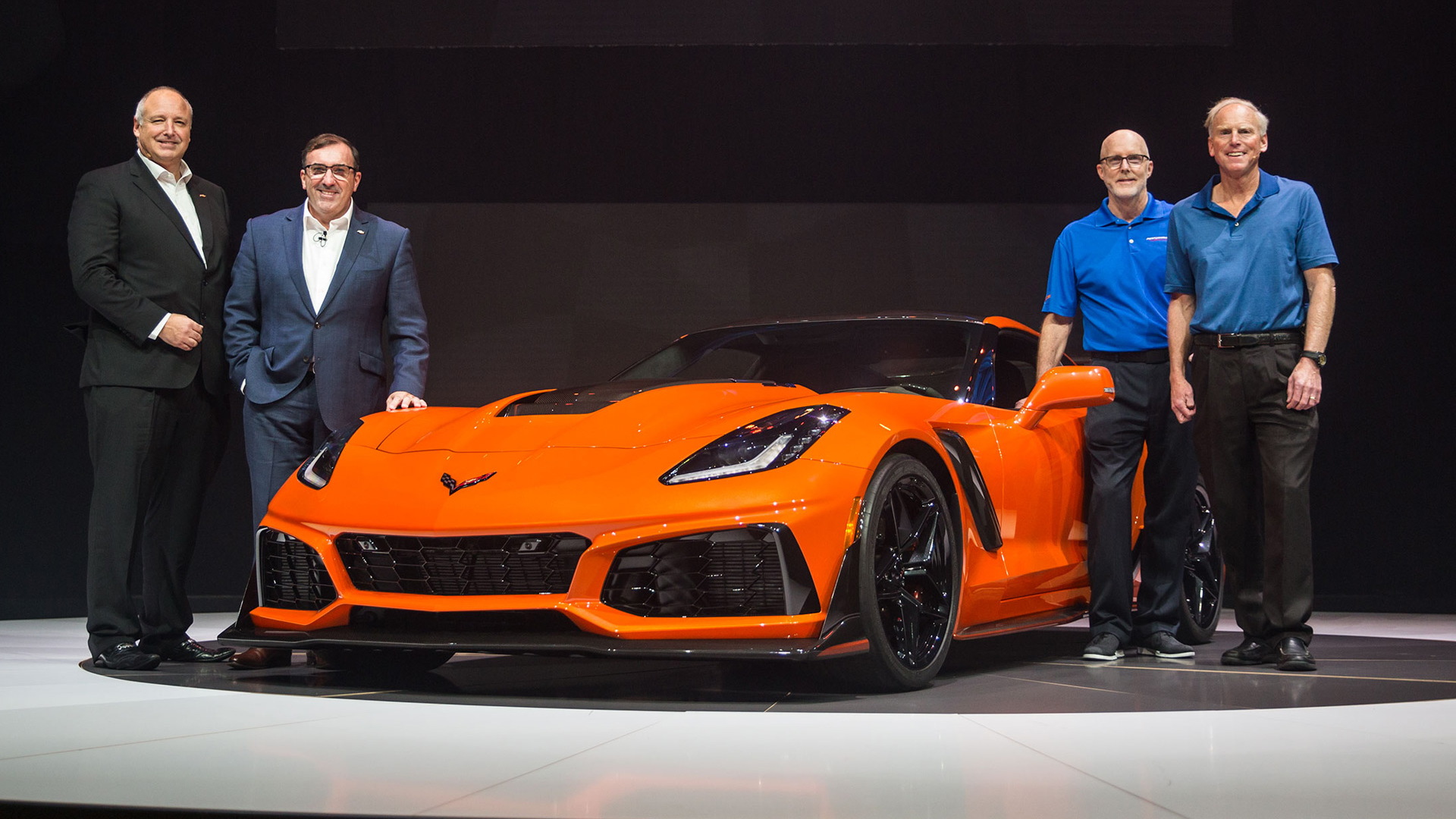 The 2019 Chevrolet Corvette ZR1 has finally landed, and in Dubai of all places.

We’ll get to the reasons behind the Dubai debut later. Right now you’re probably craving specs, so have at it.

Due in showrooms next spring, the 2019 Corvette ZR1 is the fastest and most powerful Corvette in the nameplate’s history. At its heart is a new V-8 code-named the LT5. Corvette fans will recognize the engine code from the V-8 used in the C4 Corvette ZR-1 of the early ‘90s.

The modern LT5 is a 6.2-liter supercharged V-8 delivering 755 horsepower and 715 pound-feet of torque. The engine is based on the design of the LT4 V-8 fitted to the Corvette Z06 and a couple of other cars, but it benefits from a more-efficient intercooled supercharger with 52 percent more displacement than the LT4 supercharger. The engine also features General Motors’ first dual-fuel-injection system, which employs primary direct injection and supplemental port injection.

All of the power is routed to the rear wheels, either via a 7-speed manual or an 8-speed automatic. This is the first time an automatic is being offered in a ZR1.

With so much power going through only the rear wheels, Chevrolet knew the ZR1 was going to need some serious downforce to make full use of all of that oomph. The engineers actually came up with two packages, with the more extreme option, dubbed the High Wing, for obvious reasons, capable of generating up to 950 pounds of downforce. It’s part of a ZTK Performance Package, which also includes a front splitter with carbon fiber end caps, Michelin Pilot Sport Cup 2 summer-only tires, and specific calibration for the chassis and magnetic ride suspension.

The other option is the Low Wing, which will see the car reach its highest top speed, in this case over 210 mph, but offer lower downforce than the High Wing option. There’s still 70 percent more downforce than a Z06, though.

Chevy says the wings are incorporated into the car’s structure, just like on the Corvette C7.R racecar, for added strength and stability. And they work with the aero at the front, which includes a downforce-enhancing front underwing. Also at the front is a new fascia designed to feed plenty of cool air to the car’s 13 heat exchangers. It’s clear Chevy has learned its lessons from the Z06’s overheating issues.

The new ZR1 was previewed on Sunday. It will now make its official world debut on Tuesday at the 2017 Dubai motor show. A North American appearance will follow later in the month at the 2017 Los Angeles Auto Show, where we'll likely learn much more about this exciting road rocket.

So why is the greatest Corvette of making its debut in Dubai? The car was originally due earlier this year, as a 2018 model, but plant upgrades at the Corvette's Bowling Green, Kentucky, home meant the 2018 model year for the Corvette was cut short. And with order books for the 2019 Corvette range, including the ZR1, opening on November 20, Chevy needed to reveal the car ASAP. Although the L.A. Auto Show seems the more natural option for the debut, it doesn’t open its doors until November 29.