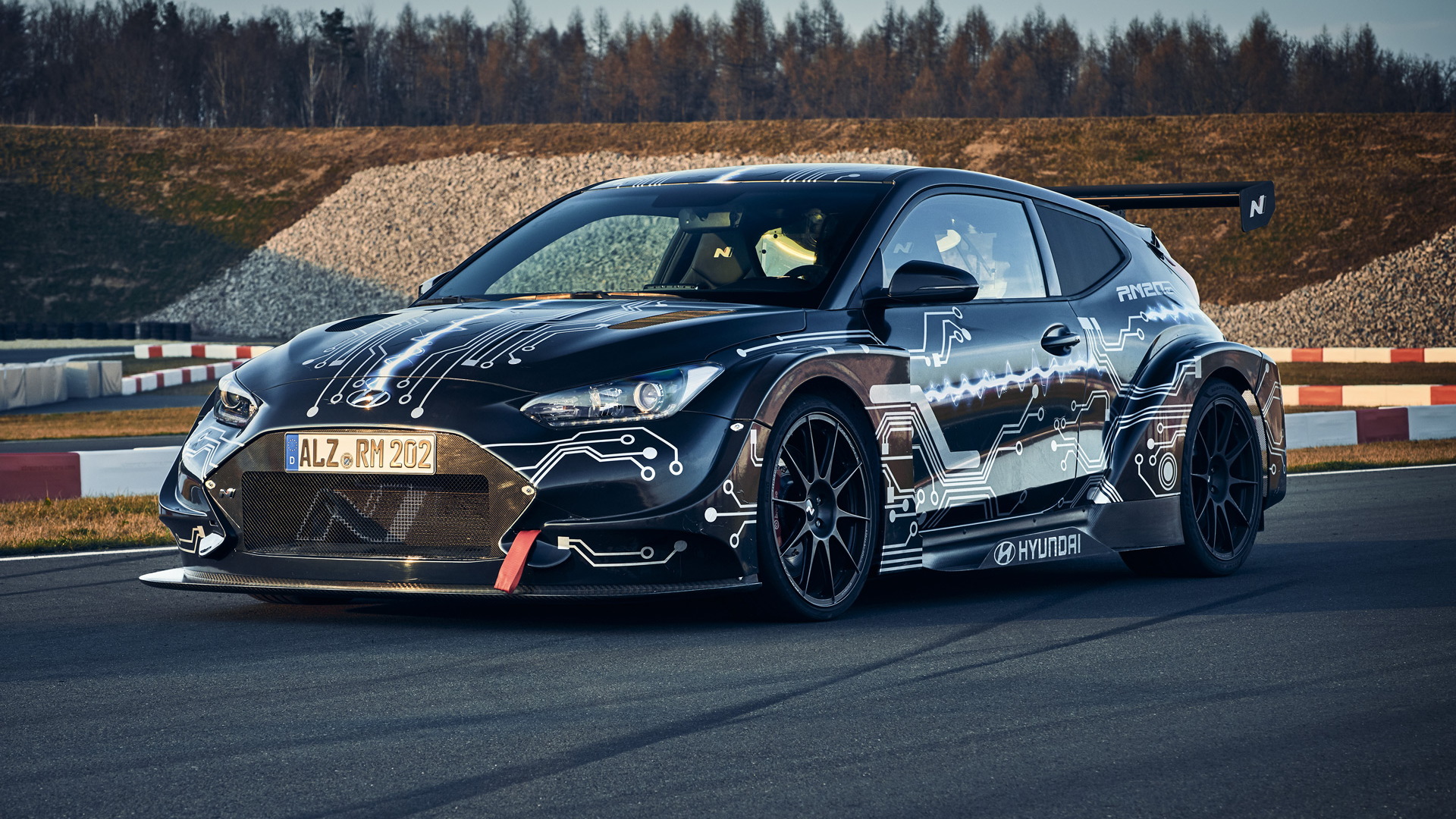 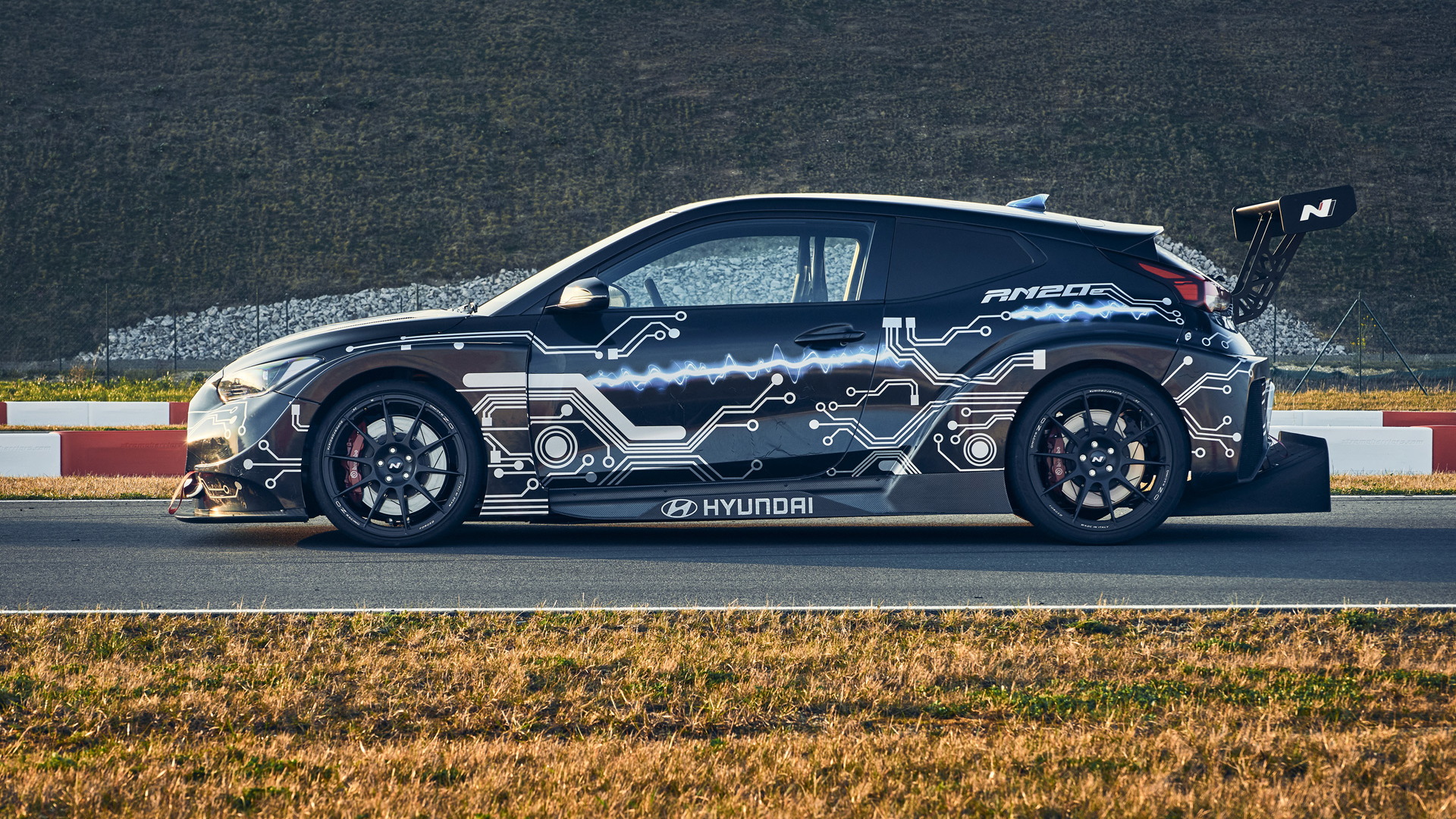 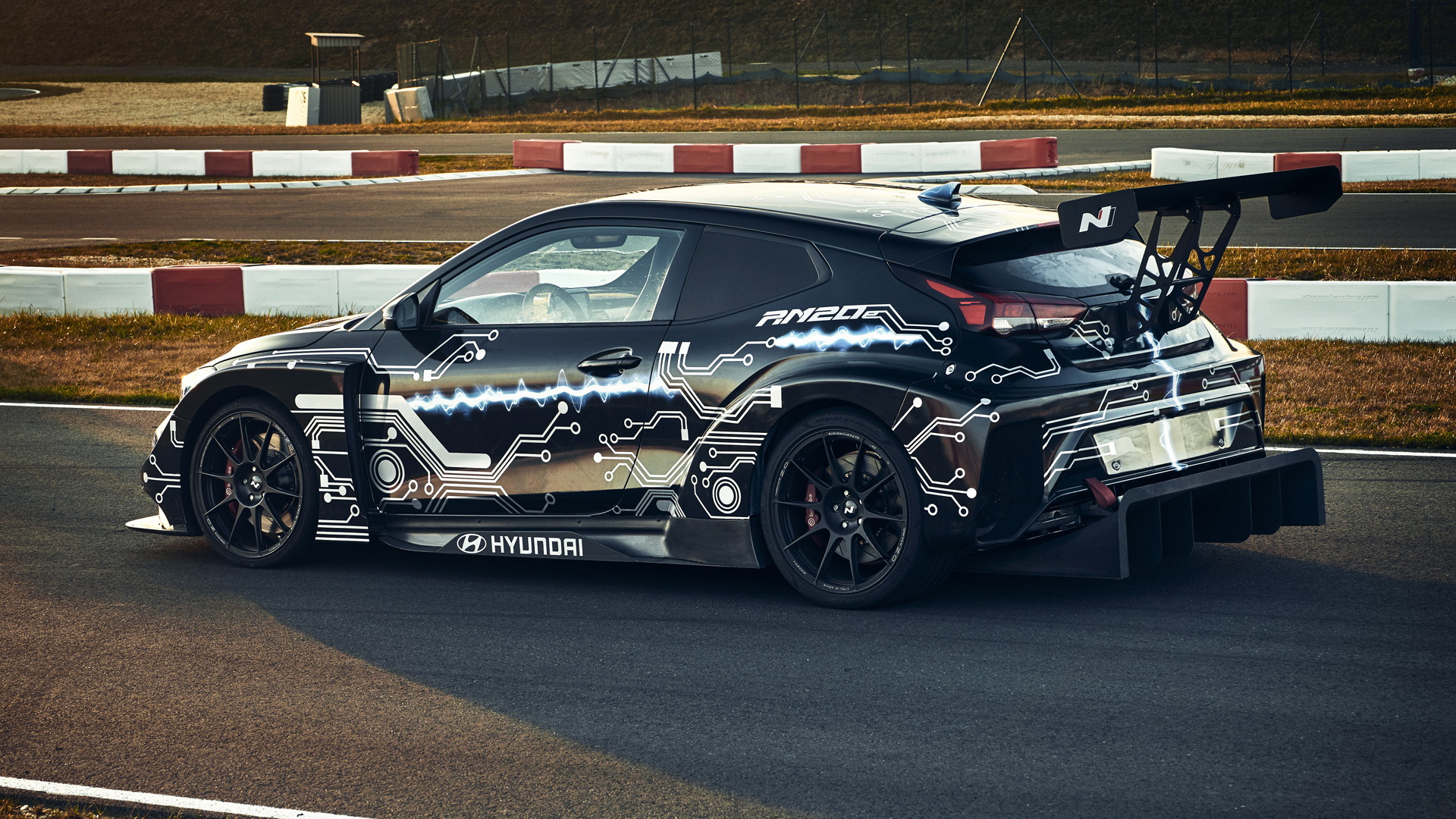 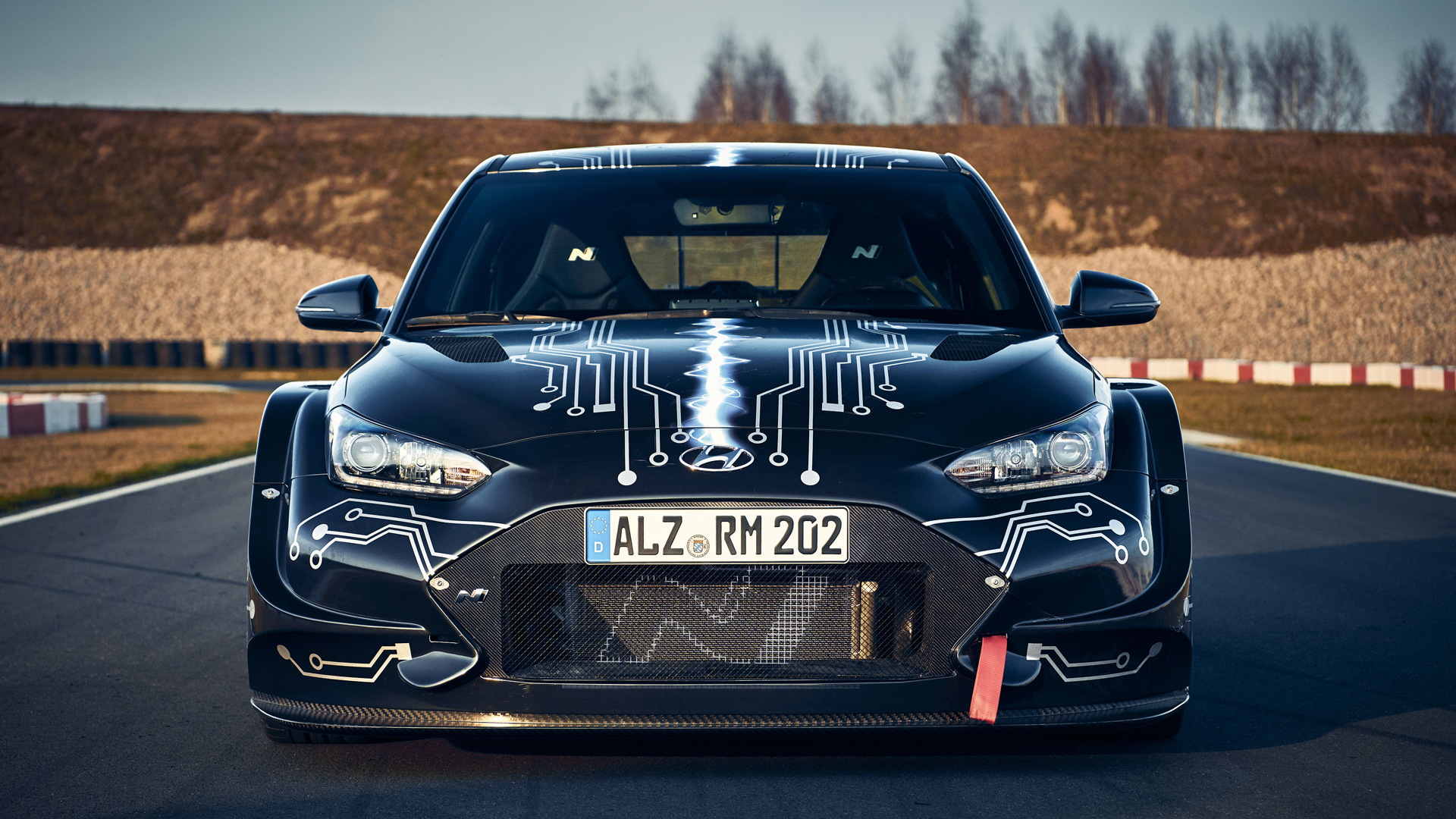 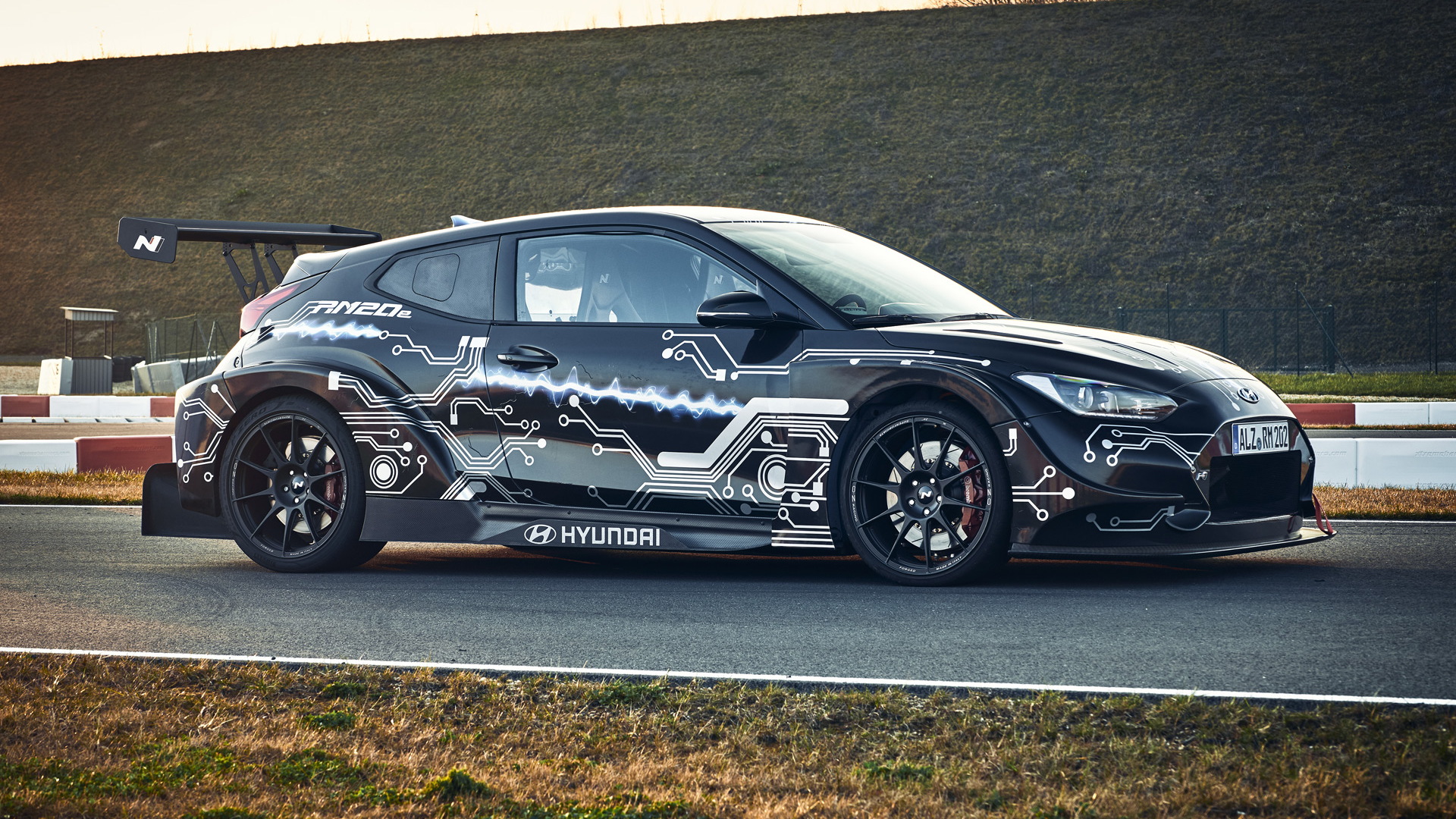 The Hyundai N performance skunkworks is known to be working on an electric car, and on Saturday it unveiled a prototype packing a massive 810 horsepower and 708 pound-feet of torque.

The prototype is the latest in Hyundai N's line of Veloster-based RM (Racing Midship) prototypes which serve as development mules for upcoming technologies, as opposed to actual cars, and it's the first without an internal-combustion engine.

Hyundai already has a Veloster-based race car developed for the electric version of the TCR racing series, and Hyundai N has used lessons learned from development of the race car for the new prototype, officially known as the RM20e Racing Midship Sports car.

The result is a powertrain consisting of four electric motors. They're connected to the wheels via a single-speed transmission, and draw their energy from a 60-kilowatt-hour battery. Hyundai quotes a 0-60 mph time of under 3.0 seconds and a top speed of 155 mph.

The system also runs on an 800-volt electrical architecture, meaning high-speed charging is possible. Production cars using an 800-volt architecture, like the Porsche Taycan, can already charge up to 80% capacity in under the 30 minutes.

Unfortunately, there's no word on when Hyundai N's electric sports car will hit the market. That doesn't mean there aren't any new electric Hyundais on the way. In August, Hyundai announced the new Ioniq sub-brand for zero-emission vehicles and said the first vehicle, an Ioniq 5 compact crossover, would arrive by fall 2021.

The RM20e made its debut at Auto China 2020 in Beijing. For more coverage on Beijing's annual auto show, head to our dedicated hub.