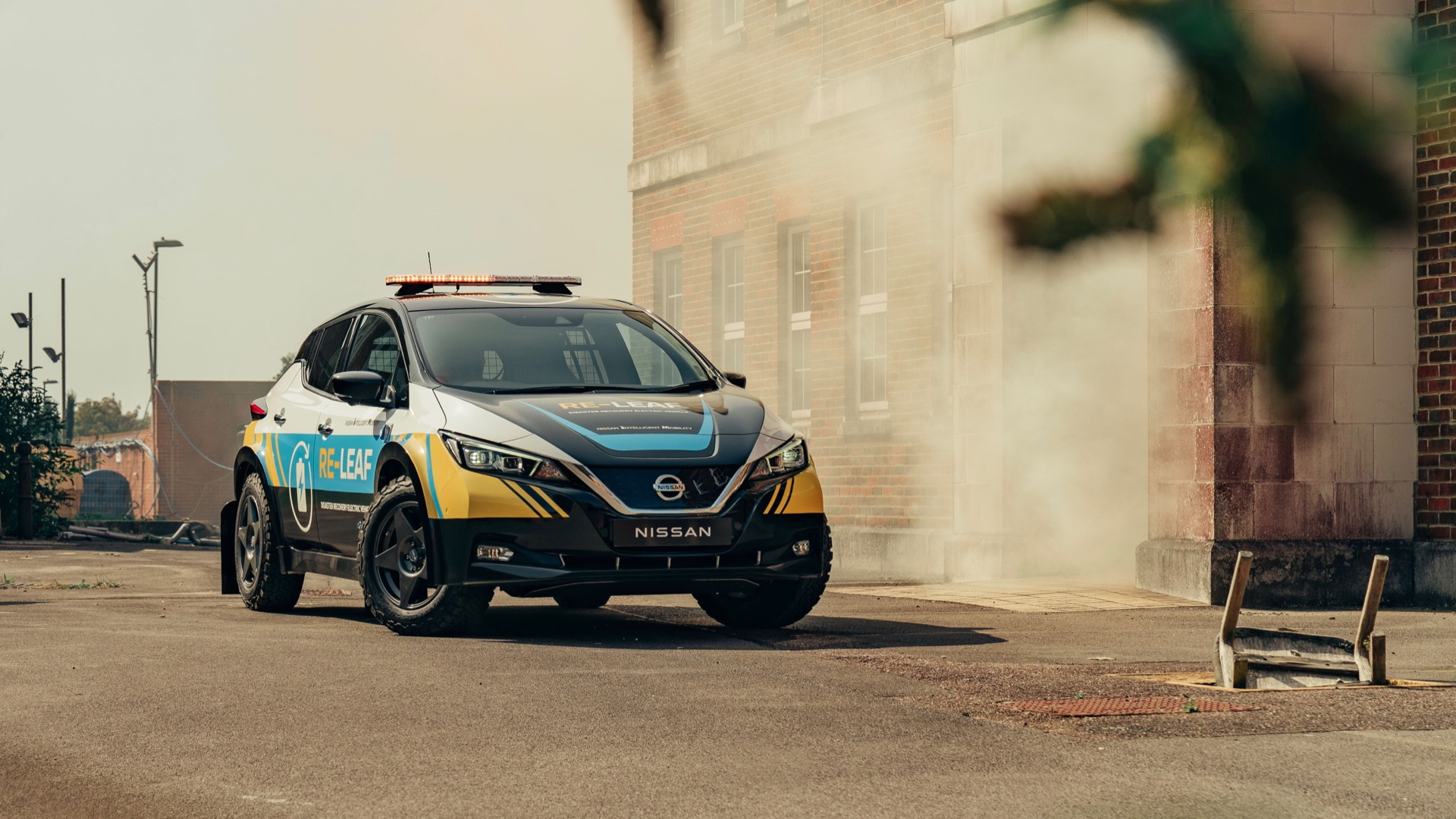 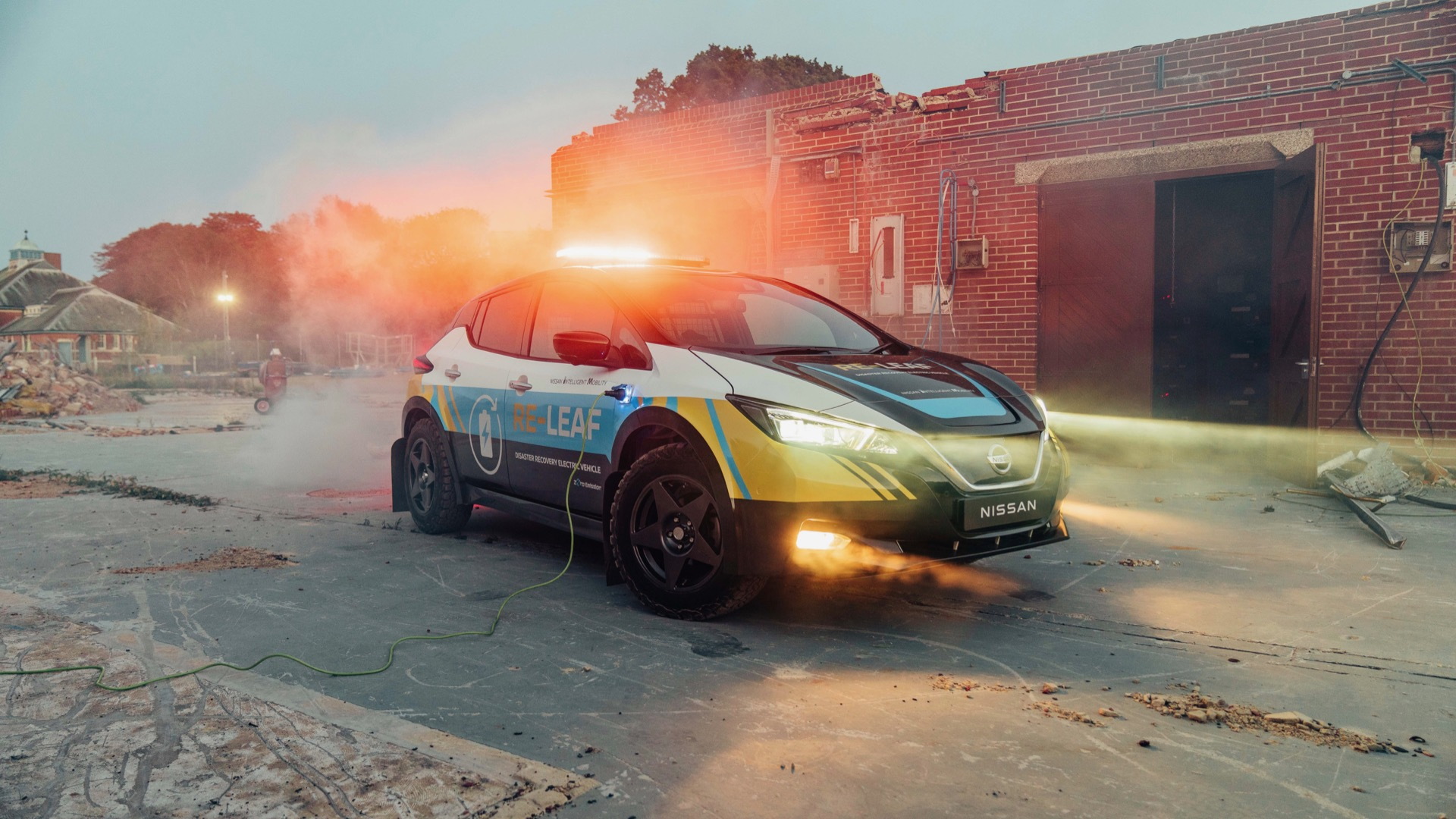 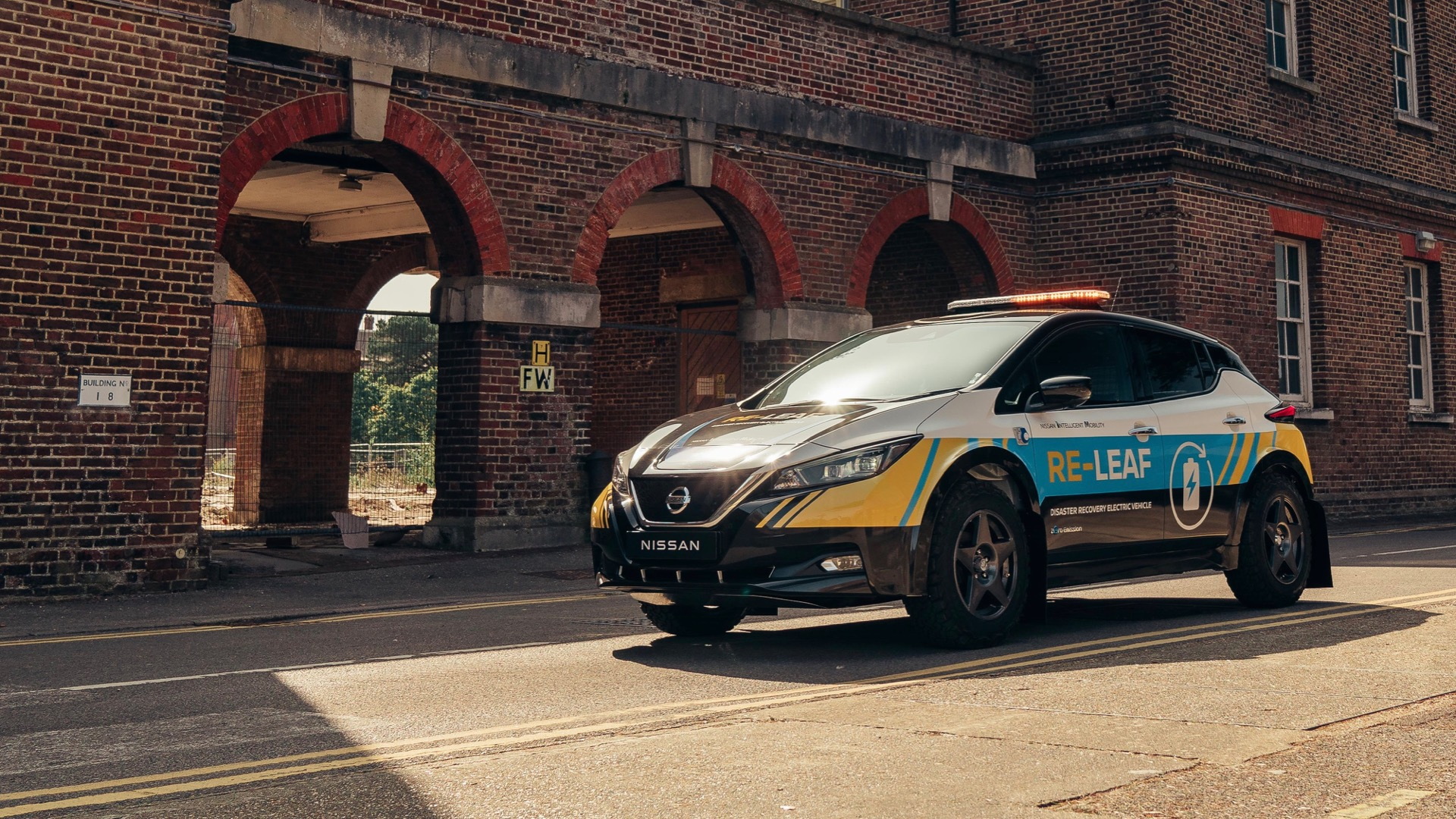 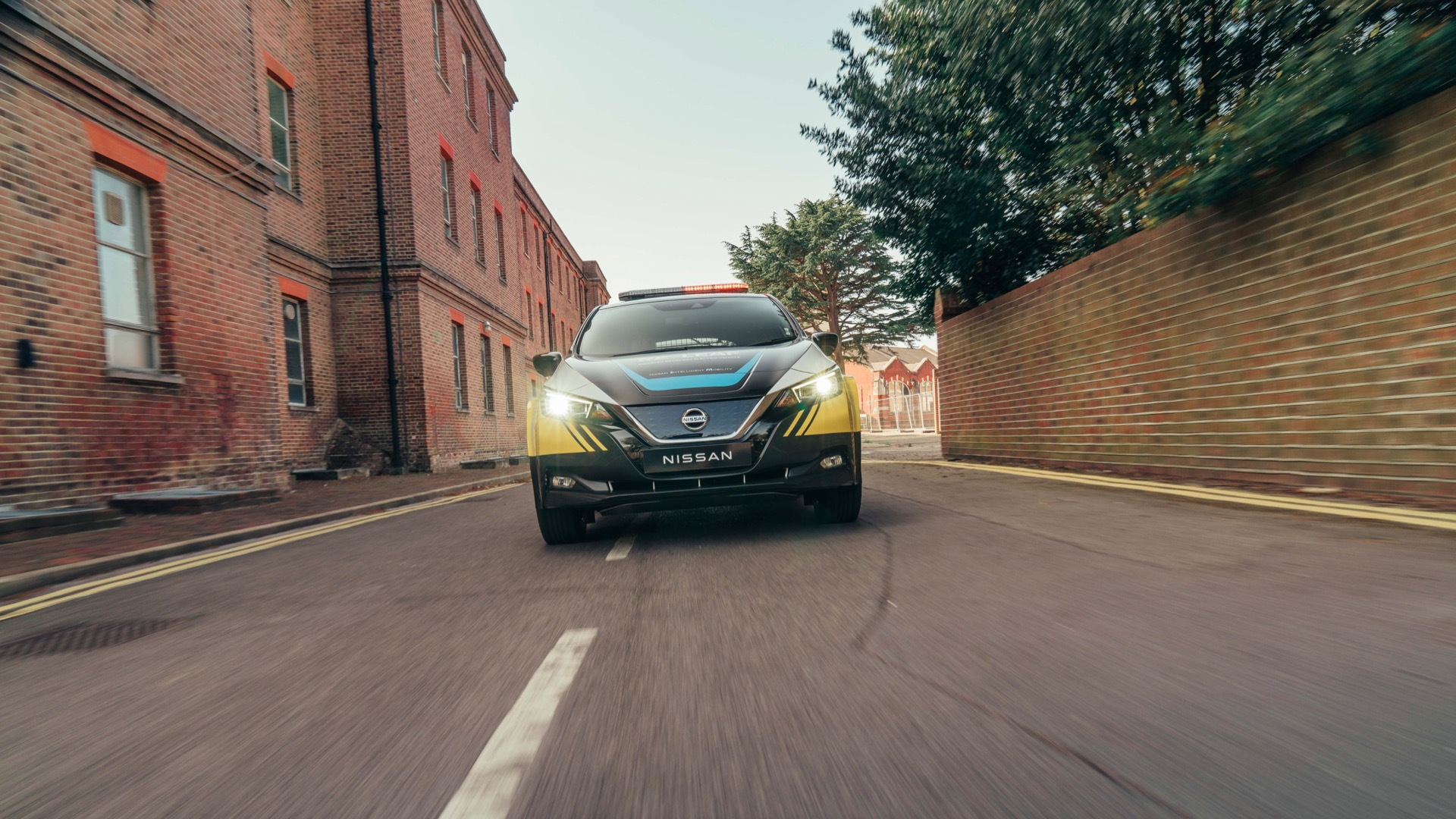 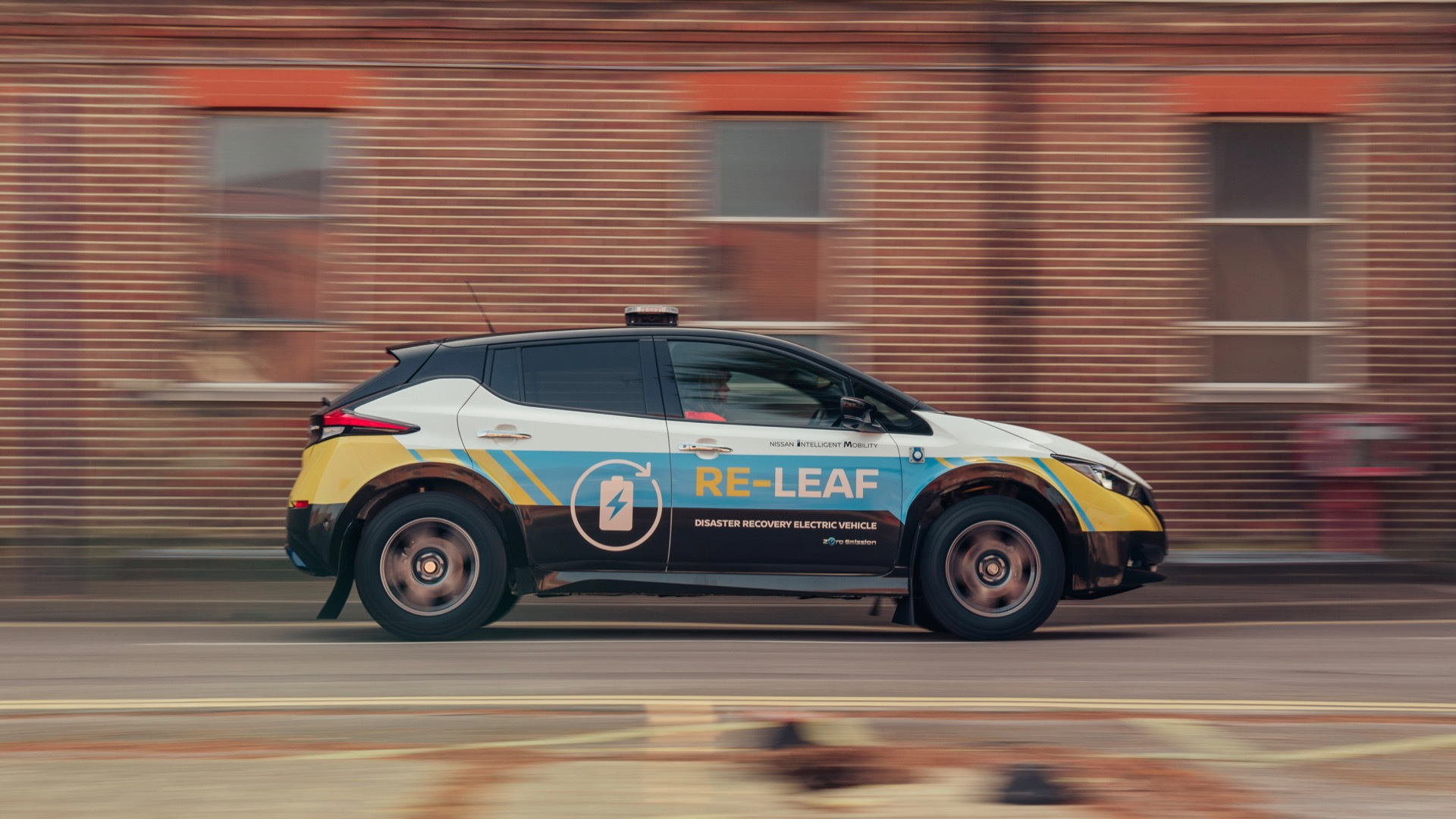 Nissan on Tuesday unveiled a concept version of the Leaf electric car designed to serve as an emergency-response vehicle for natural disasters.

The Nissan Re-Leaf concept sports weatherproof sockets mounted directly to the exterior, allowing it to serve as an emergency power source. They enable 110-volt to 230-volt devices to be charged directly from the Leaf's battery pack.

The automaker already offers bi-directional charging on the Leaf in Japan, allowing the car to discharge power from its battery pack to power buildings. That capability isn't available in the United States, although Wallbox announced an aftermarket alternative earlier this year. So far, only the Lucid Air is confirmed to get bi-directional charging capability straight from the factory in the U.S.

In Japan, Nissan said it has used the Leaf to provide emergency power and transportation in the aftermath of disasters since 2011. The automaker said a fully-charged Leaf battery pack has ample power to run equipment like a medical ventilator or 100-watt LED floodlight for 24 hours or more. Nissan currently offers a 40-kilowatt-hour battery pack in the base Leaf, and a 62-kwh pack in the Leaf Plus model.

The Re-Leaf concept also features wider front and rear tracks, and a raised ride height that creates 8.8 inches of ground clearance. The concept rides on 17-inch Compomotive MO5 wheels with BF Goodrich Baja All Terrain tires. Fender flares, mud flaps, and an LED light bar round out the visual changes.

Inside, the rear seats were removed and the floor flattened to create more cargo space. Nissan also used some of that space for a pull-out desk, which extends from the rear hatch. Sporting a 32-inch LED screen and a dedicated power supply, it's meant to function as an operational hub at disaster sites, according to Nissan.

The Re-Leaf concept isn't destined for production, but the idea of using electric cars as backup power sources is getting attention. So-called "vehicle-to-grid" or "V2G" could allow electric cars to supplement the grid when needed.