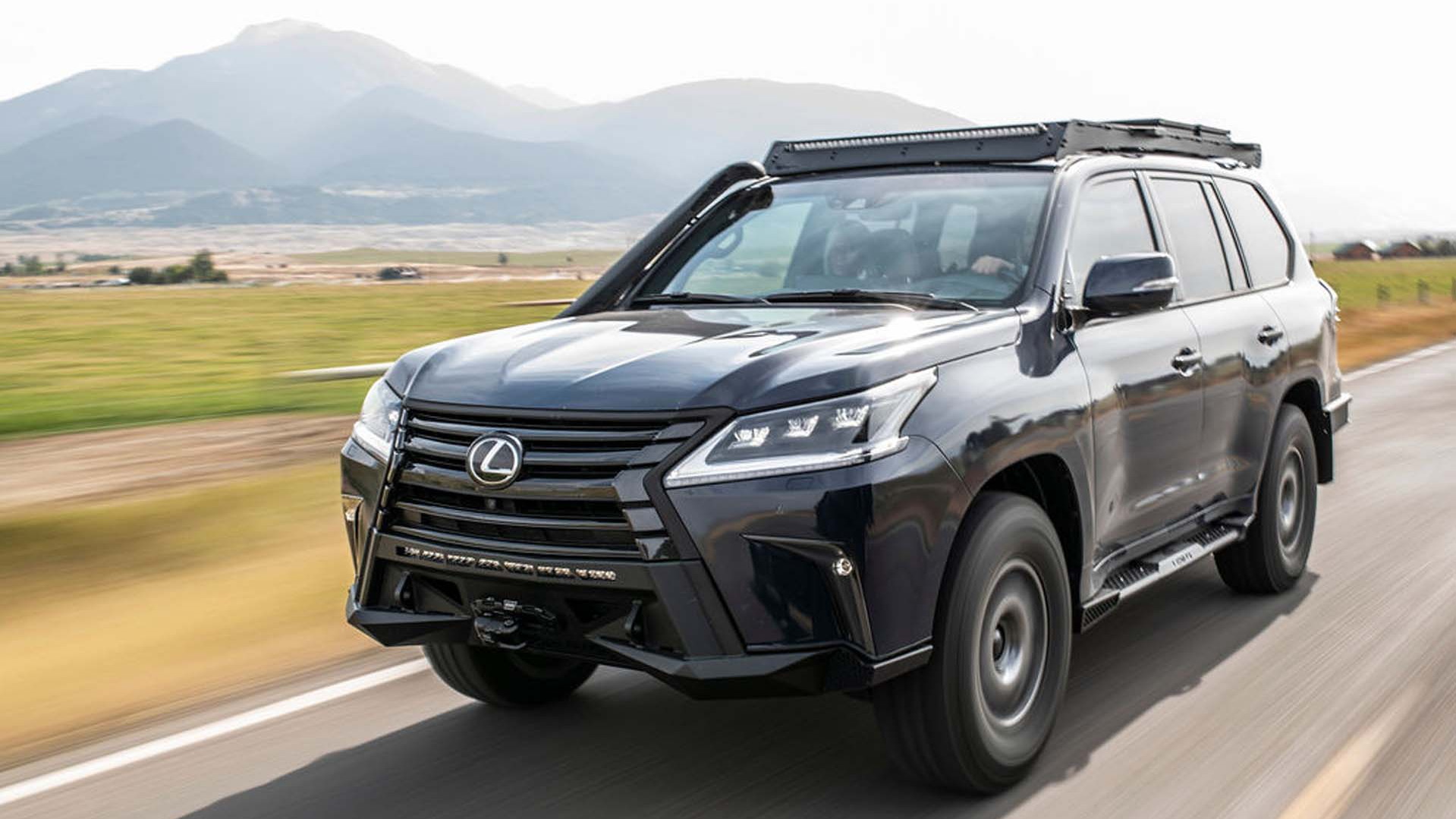 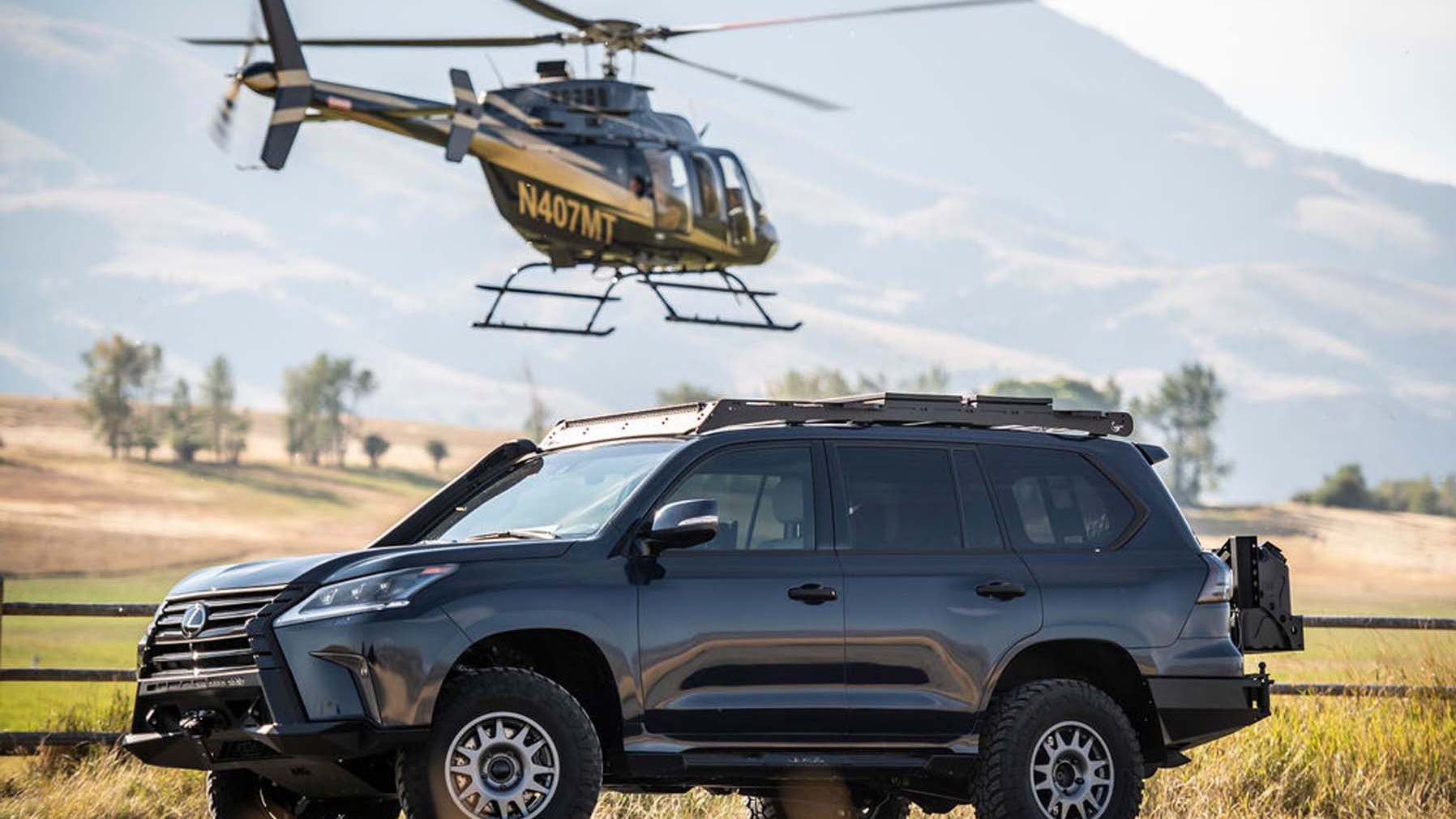 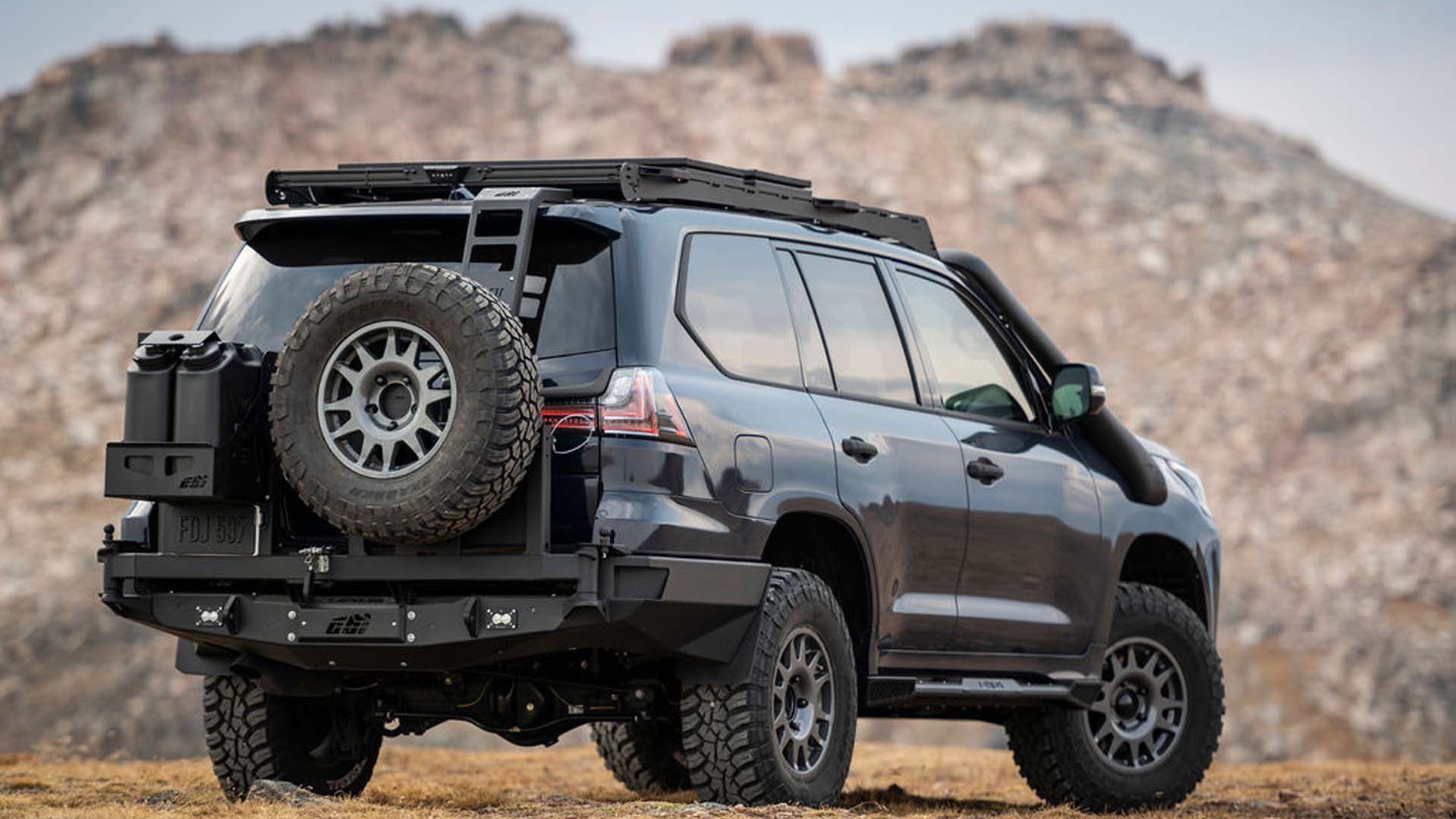 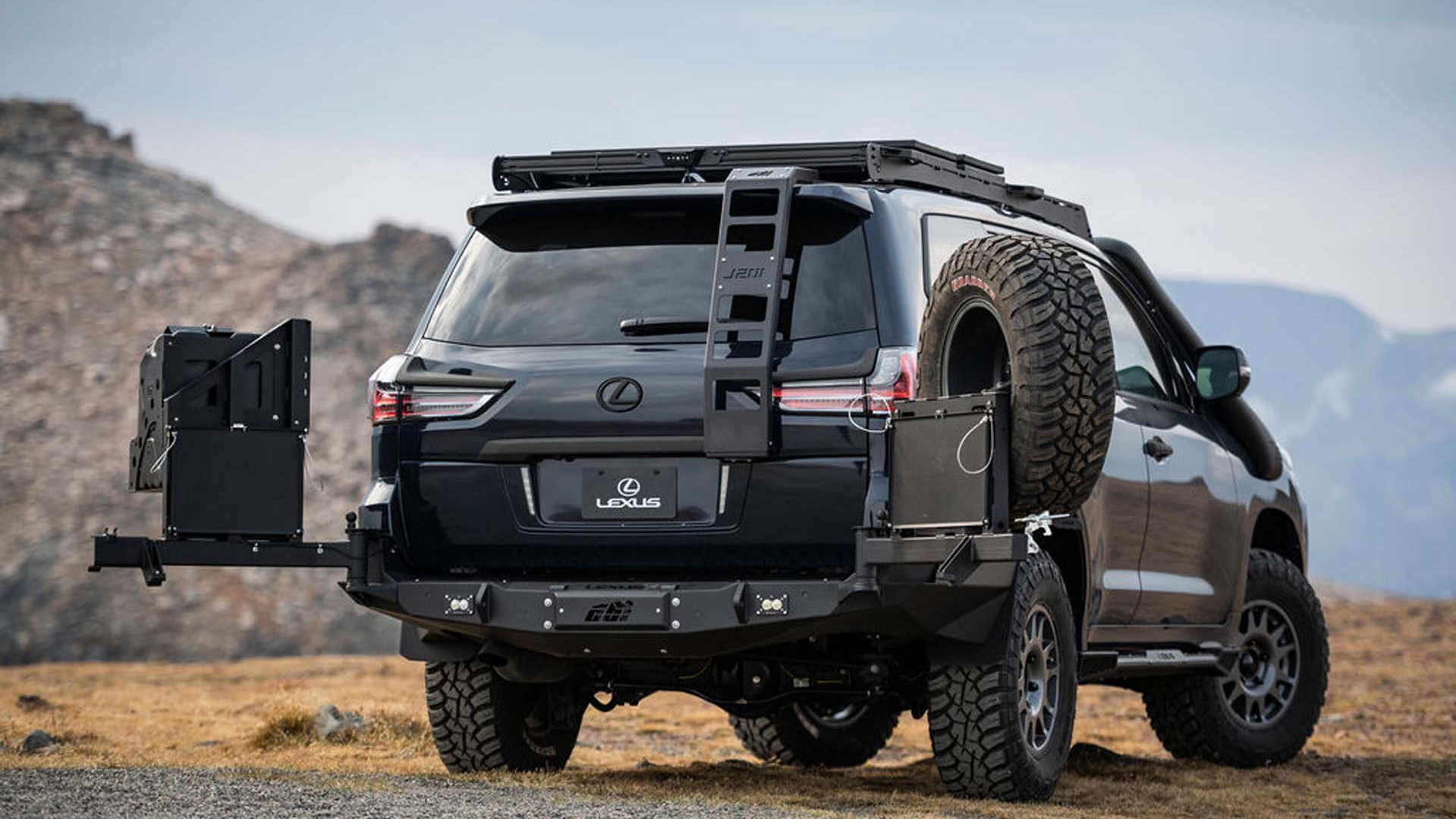 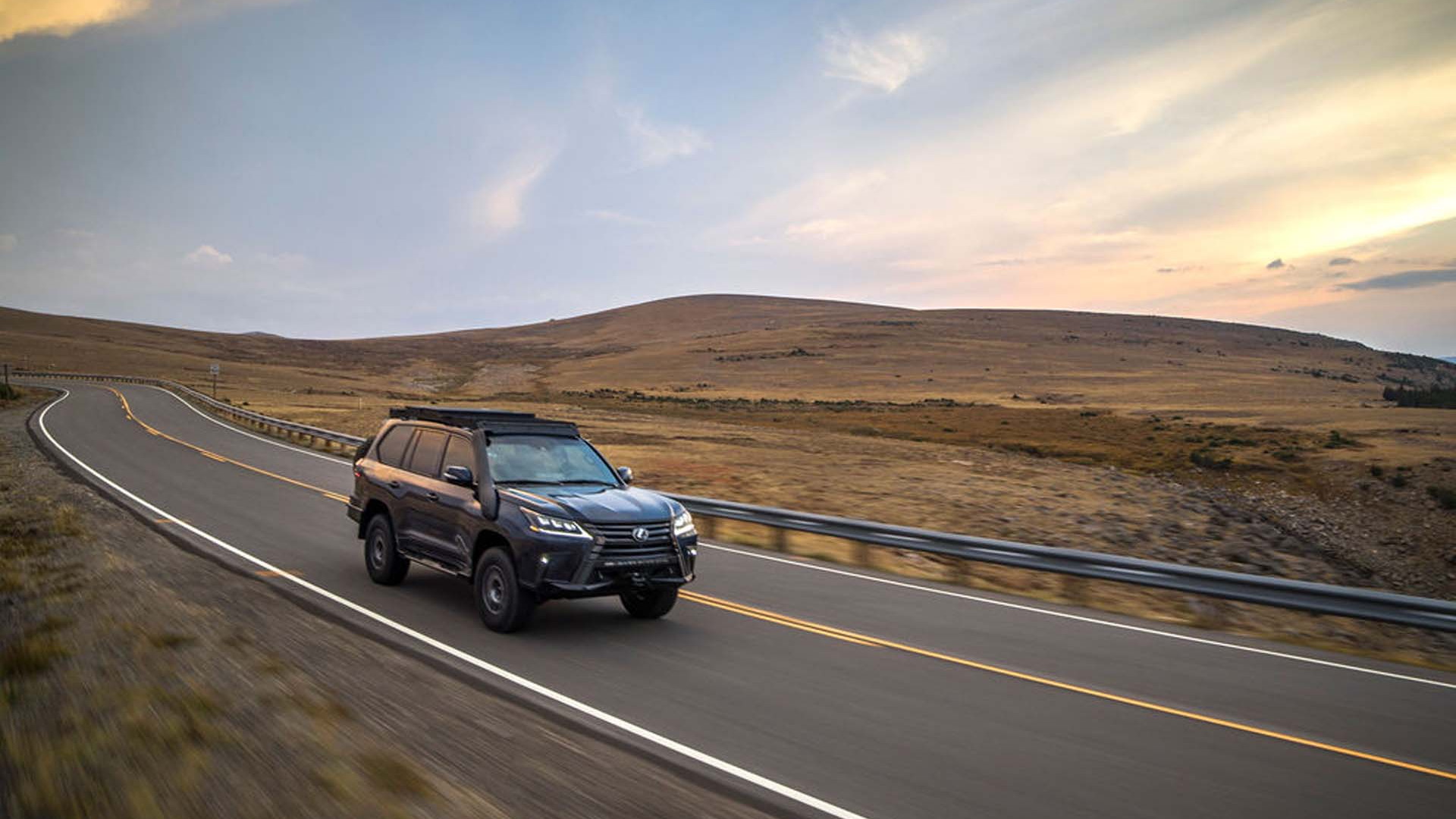 The Lexus LX is one of the most luxurious SUVs in the full-size segment, but it also has serious off-roading chops thanks to its links to Toyota's Land Cruiser.

This makes it an ideal vehicle for fans of the great outdoors who may not necessarily want to give up the luxury experience. Lexus is out to reinforce this message with its J201 Concept, developed in partnership with overlanding expert Expedition Overland.

The concept's name comes from the URJ201 internal code for the Lexus LX, but that's where the similarities with the stock LX end. For instance, a supercharger has been added to the 5.7-liter V-8 to help liberate 550 horsepower and 550 pound-feet of torque, which should be more than enough to get the big SUV over any terrain.

A lift kit has also been installed to enhance clearance, along with 17-inch Evo Corse Dakar Zero wheels and 33-inch General Grabber X3 all-terrain tires. The brakes have also been upgraded with a set of cross-drilled rotors from StopTech. Other upgrades include tougher suspension control arms from Icon Vehicle Dynamics, CBI Offroad skid plates and rock sliders, and a Warn winch.

The J201 Concept will make its debut October 8 at the opening of the 10-day-long Rebelle Rally crossing through California and Nevada's deserts. Defending champions Rachelle Croft and Taylor Pawley will drive the concept in this year's event. Another team is set to use a Nissan Frontier fitted with a range of newly developed Nismo off-road parts.